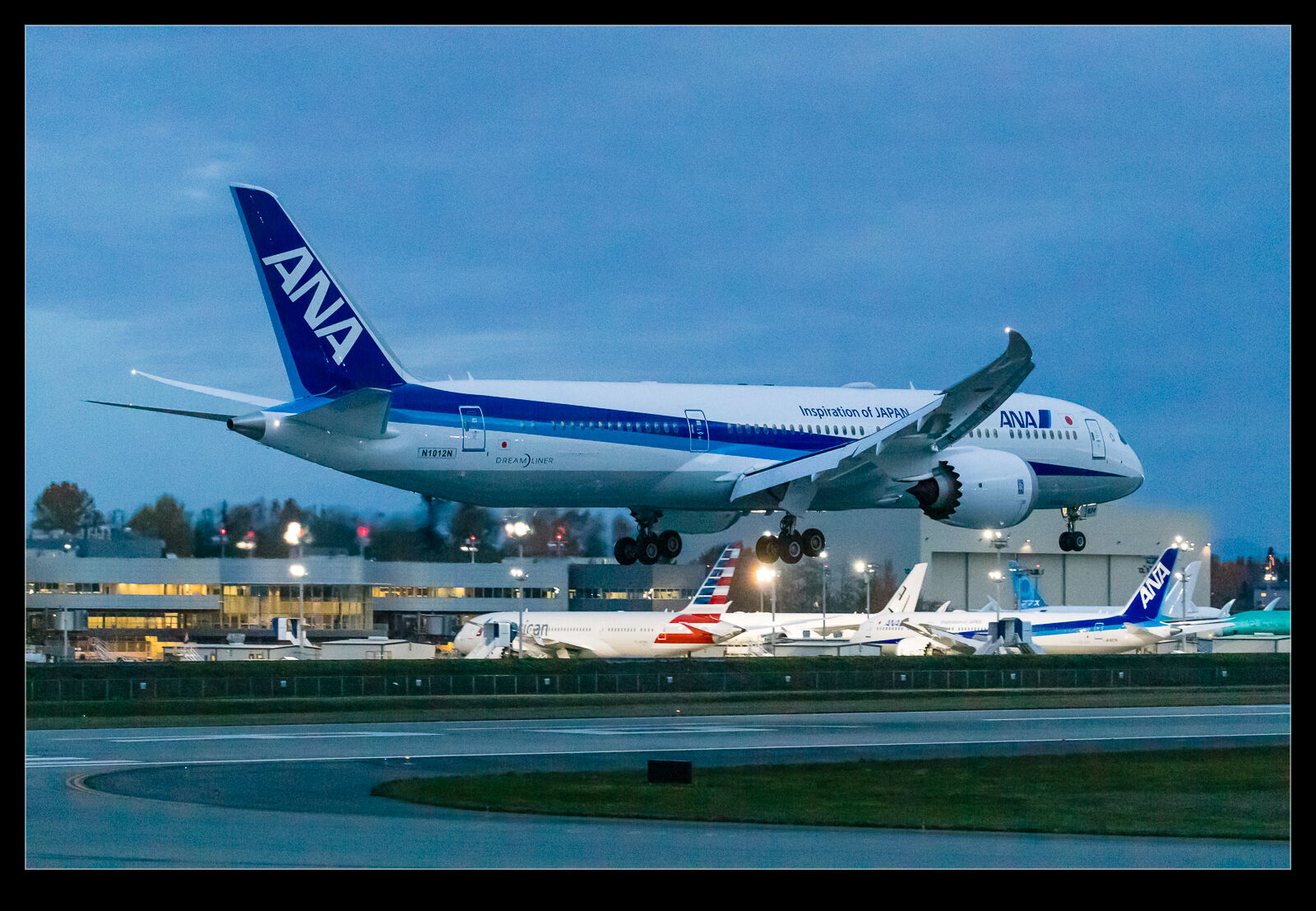 Over the many posts on this blog, there have been a few that involve hoping for great light at the end of the day.  Some have been successful and others have not.  This is one of the latter.  An All Nippon Airways 787 was out on test from Paine Field.  It was due back shortly before sunset so the potential was there for some lovely light.  Unfortunately, the potential was also there for being slightly delayed and arrived after the sun had gone down.  This is exactly what happened.  I wasn’t going home, at this point, though.  Instead, I shot it in shady twilight conditions.  Assuming Boeing sorts out its issues, it won’t be long before the 787s are all gone so you have to enjoy the opportunity while it remains. 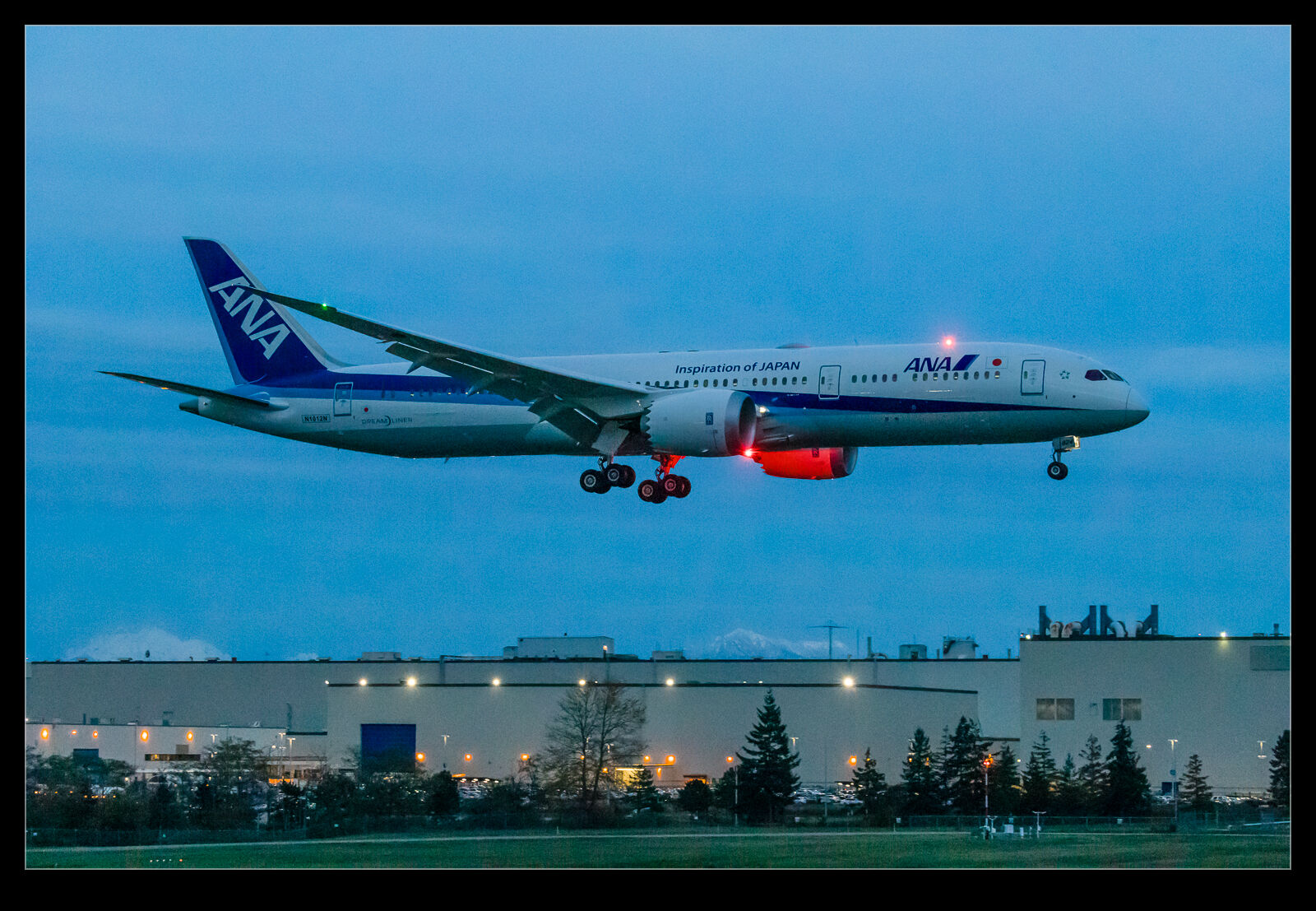 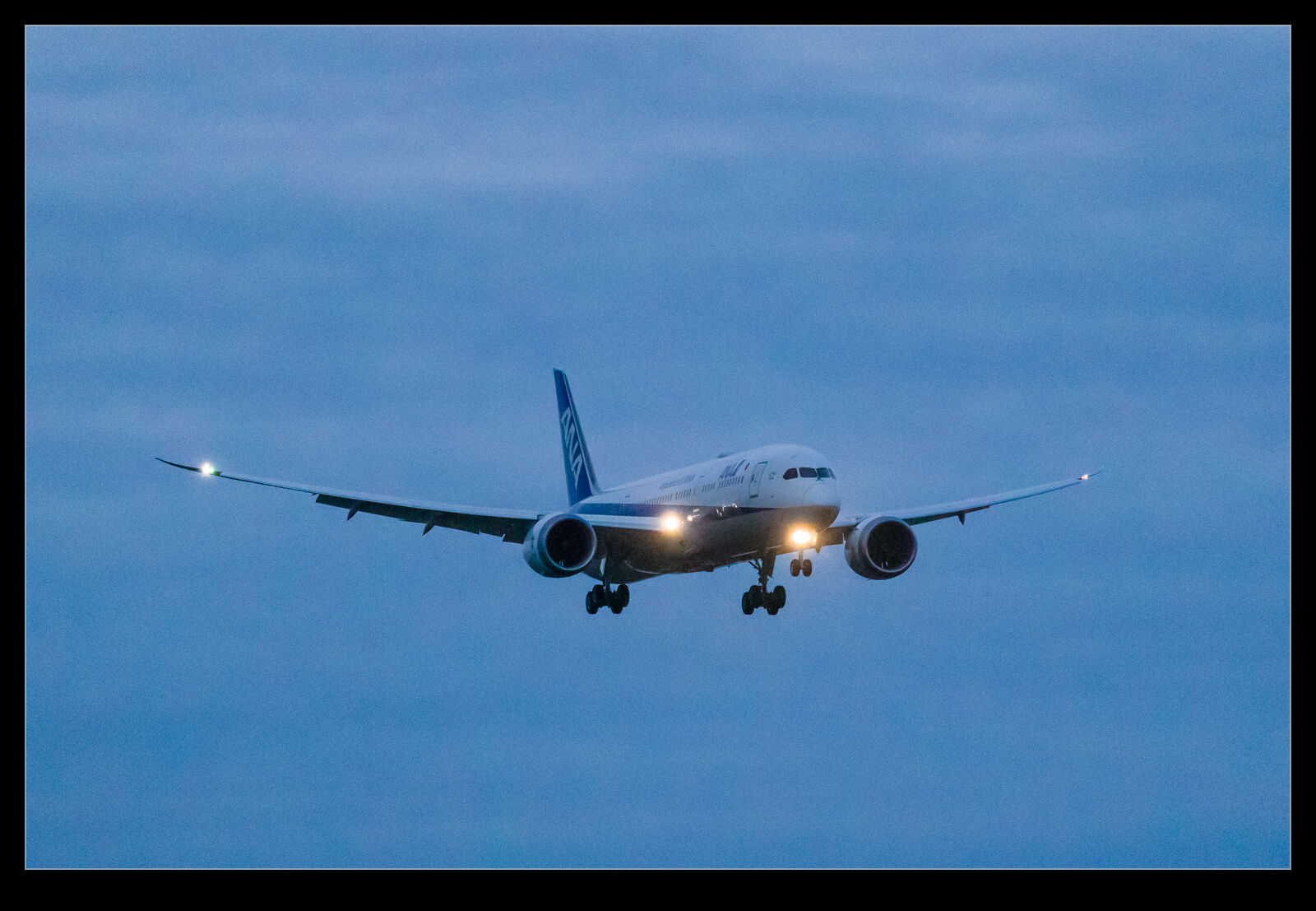 Evening light can make many things look better than they do in the middle of the day.  The warm evening light just makes things look better with the warm color and the softer shadows.  In those conditions, even a container terminal looks interesting.  From the roof of the hotel we were staying in downtown last year, we got a good view across Elliott Bay towards the terminal. 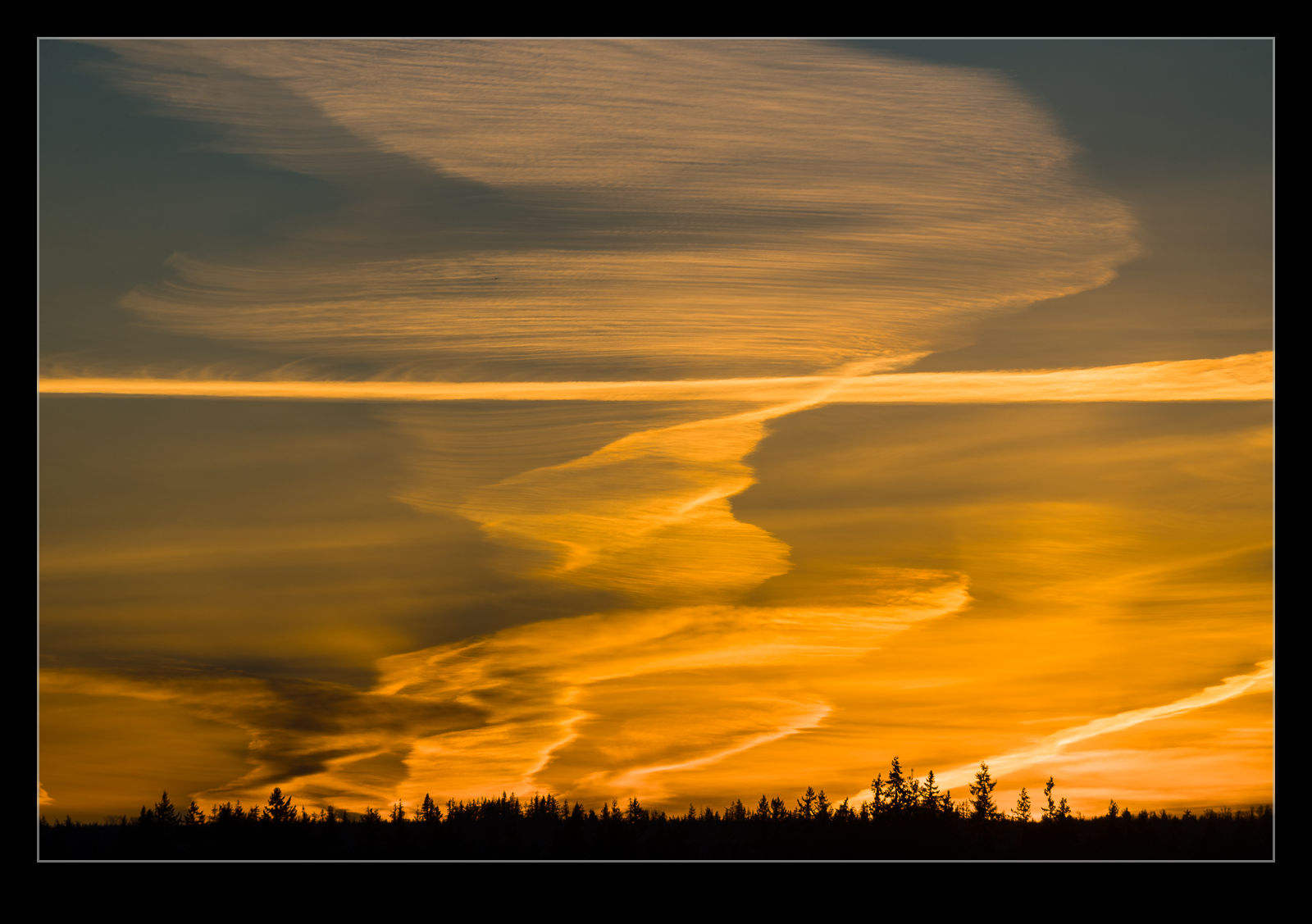 A good sunset requires some nice high clouds.  I was up at Arlington watching the recovery of the Alice prototype after it had done some off-roading and the light was fading fast.  The clouds were quite high level and not terribly extensive so they provided a nice canvas for the low setting sun to illuminate.  Sunset shots always seem like a lazy shot but it looks so good so why not photograph it? 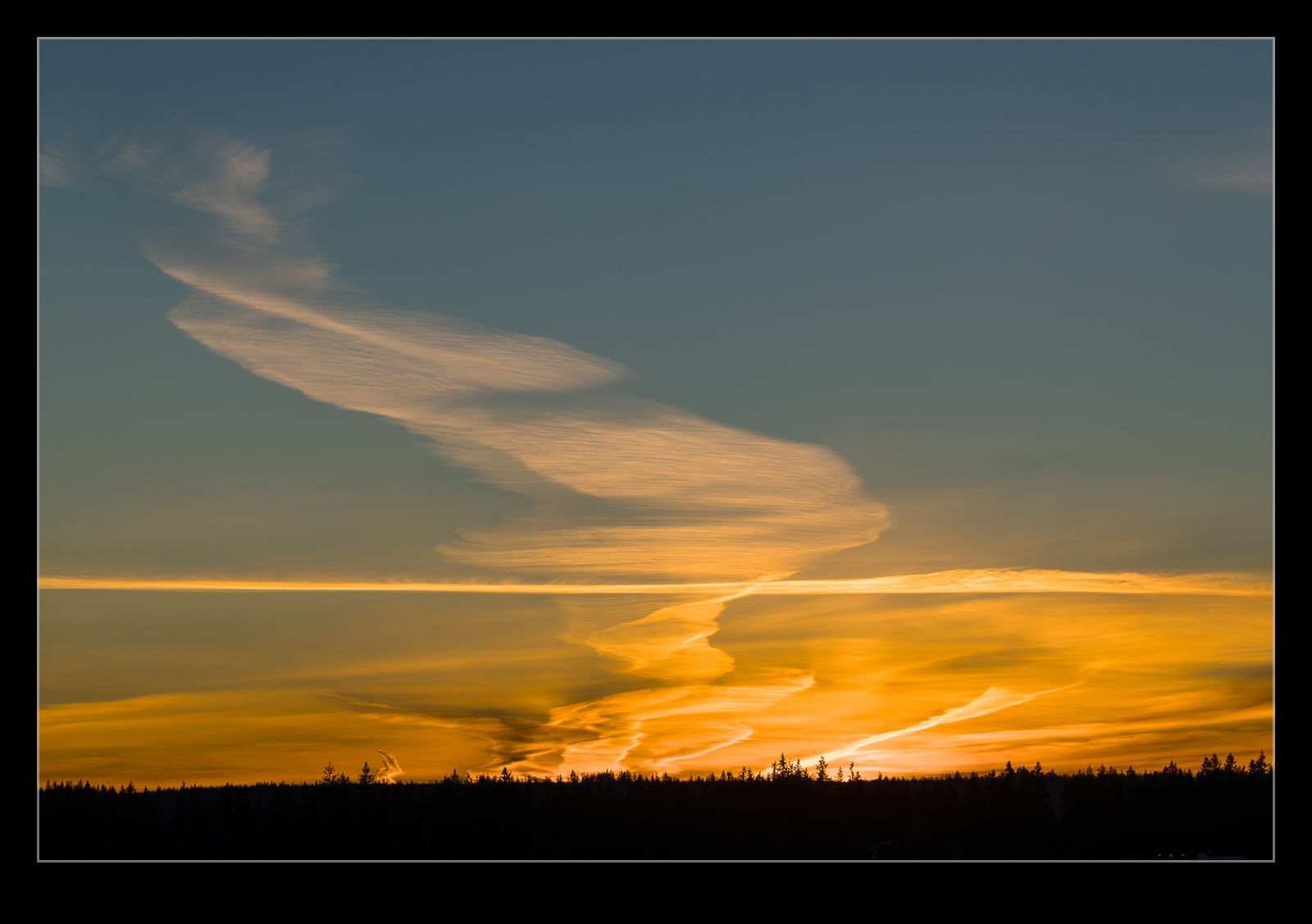 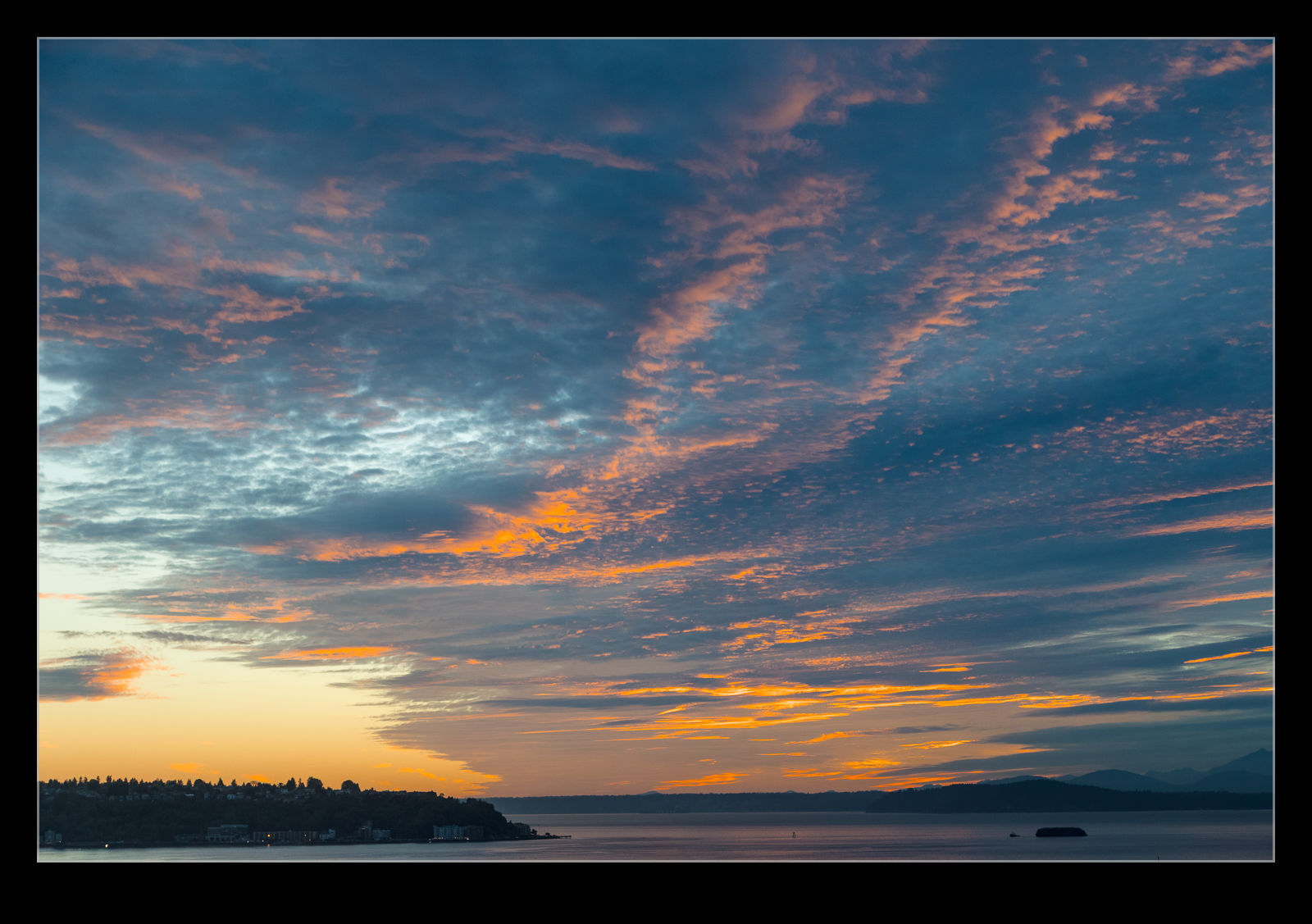 Not much of a story this time.  We stayed in a hotel downtown last year and had a lovely view across Puget Sound from our room and the roof terrace.  The sun was setting over the Olympics and it looked lovely.  Consequently, here are some shots of the sunset. 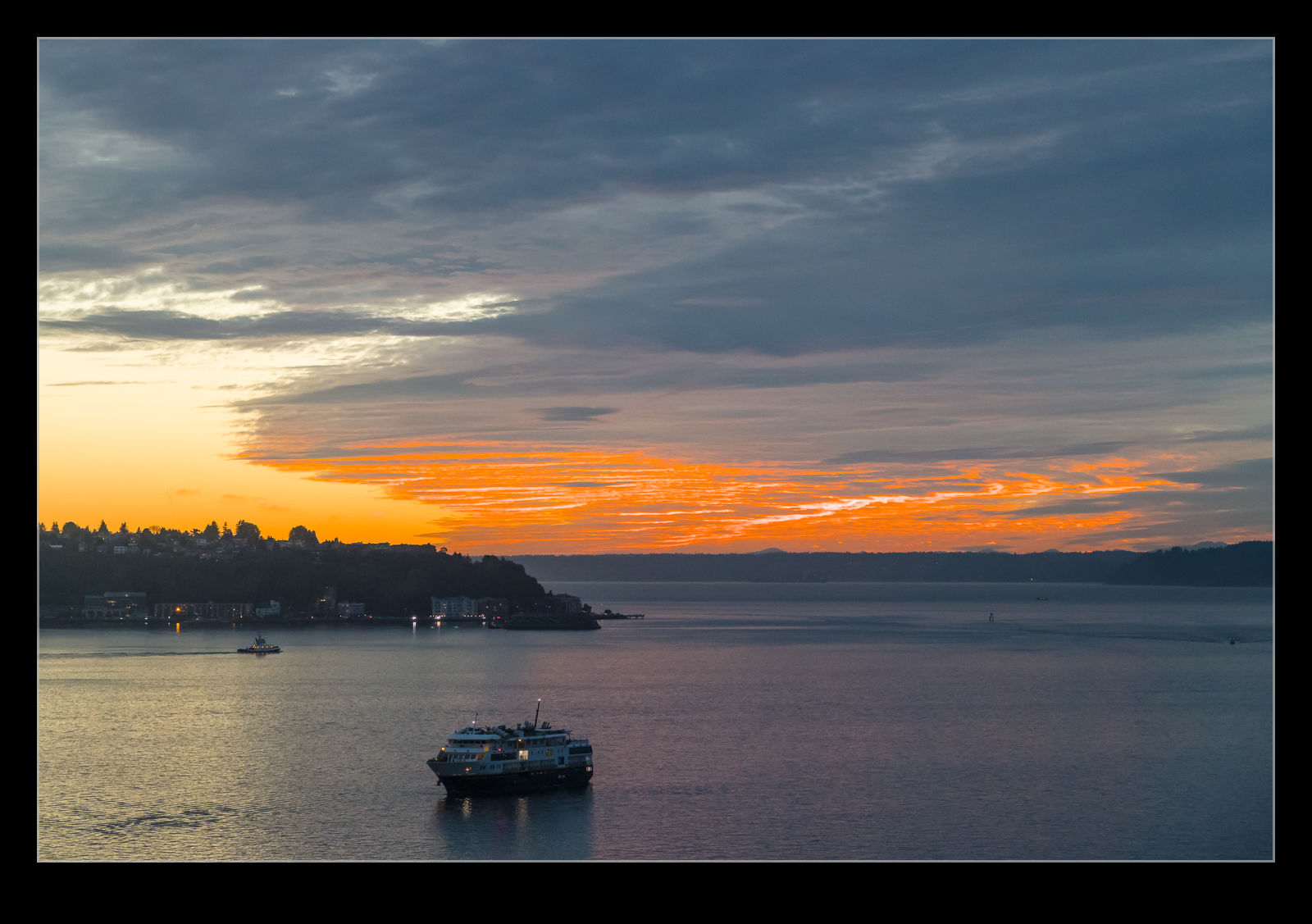 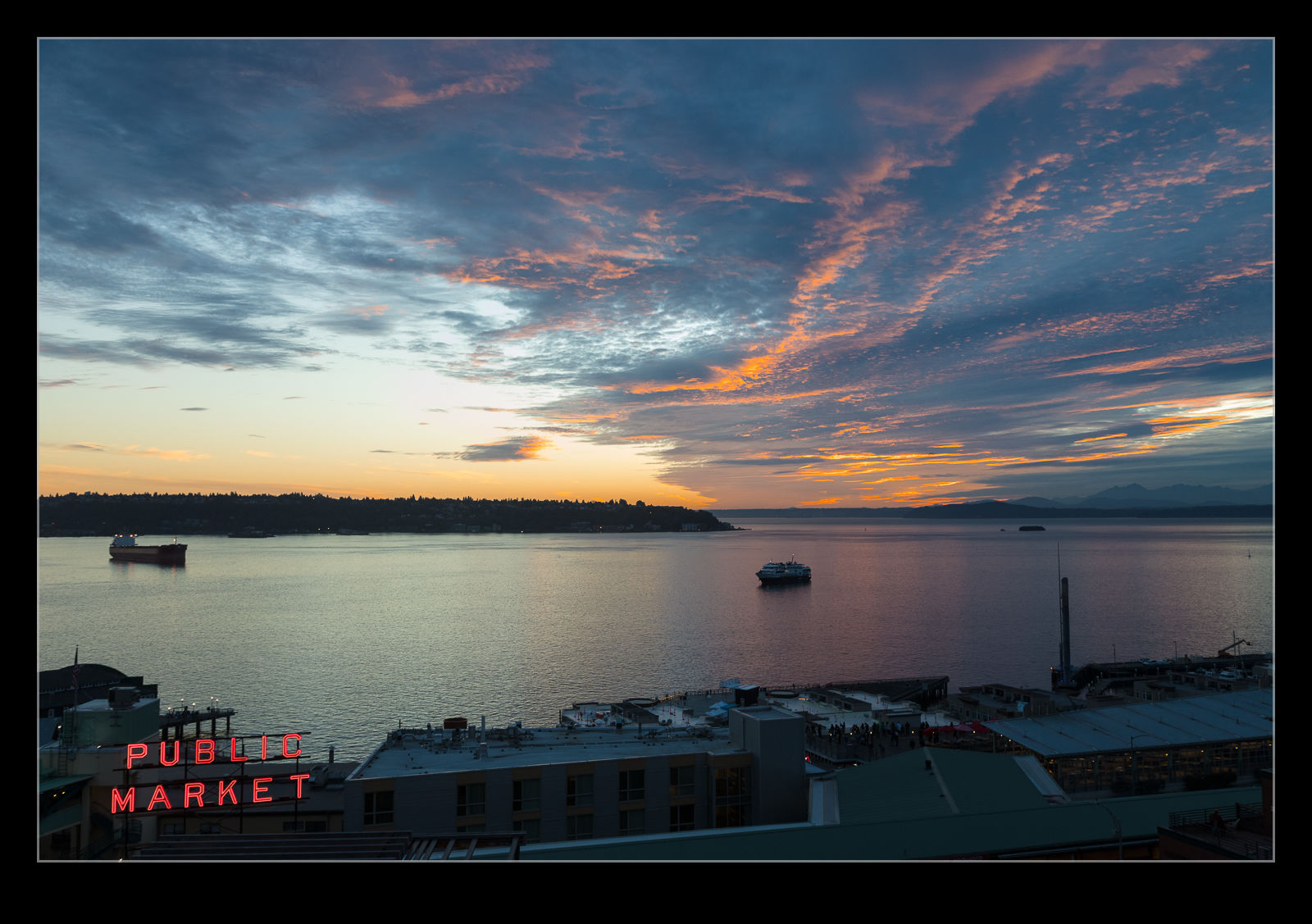 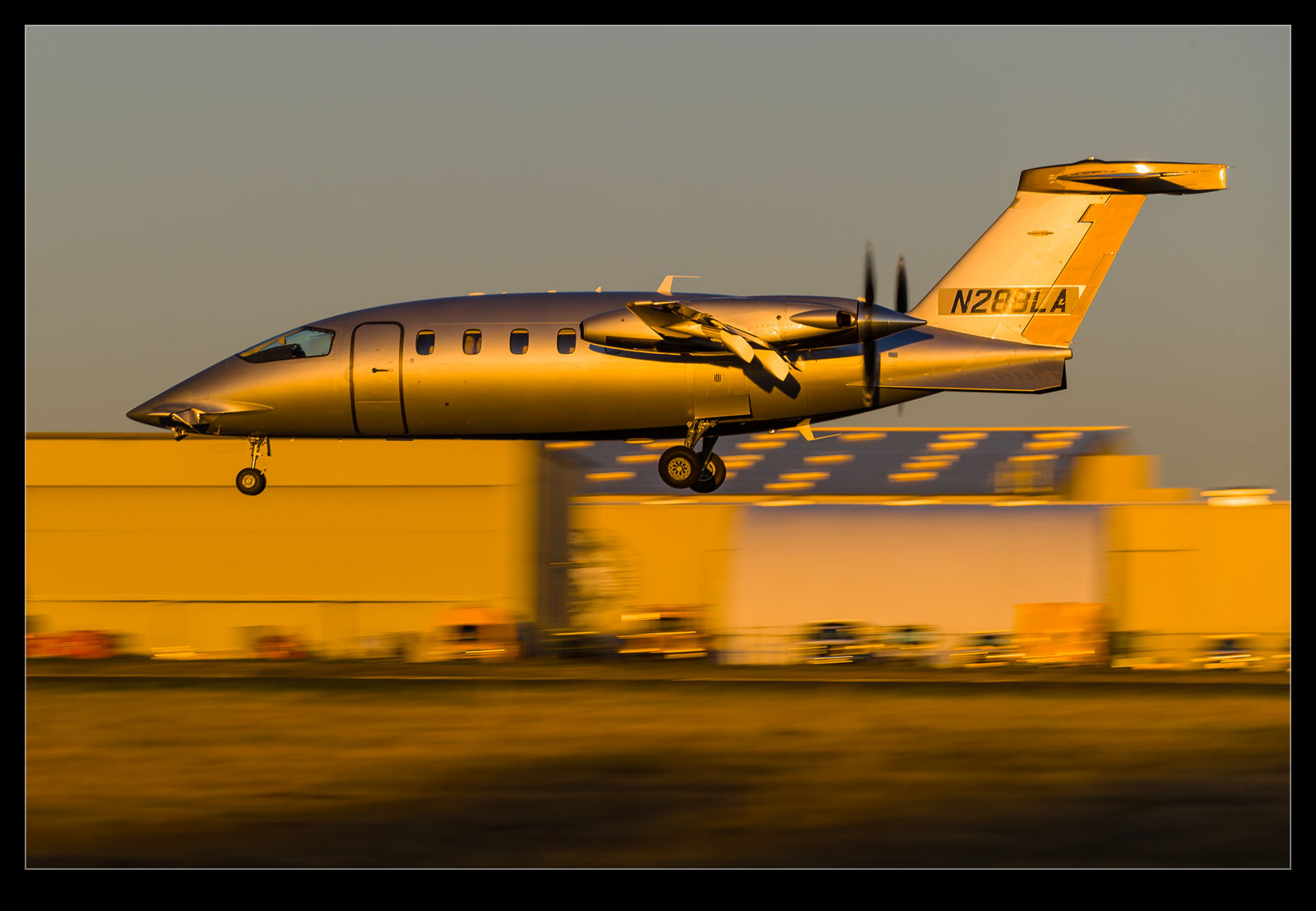 I posted about a trip to Paine Field one evening to photograph an Avanti which was unsuccessful because the plane diverted back to Sacramento.  A little while later, I got a notification that it was due in again.  The arrival time was about 6:40.  With sunset just after 7 at that time, it had the potential to be very nice.  Of course, any delay could make it a bust.  I figured it was worth a shot and Nancy was fine with waiting from me to get back before having dinner! 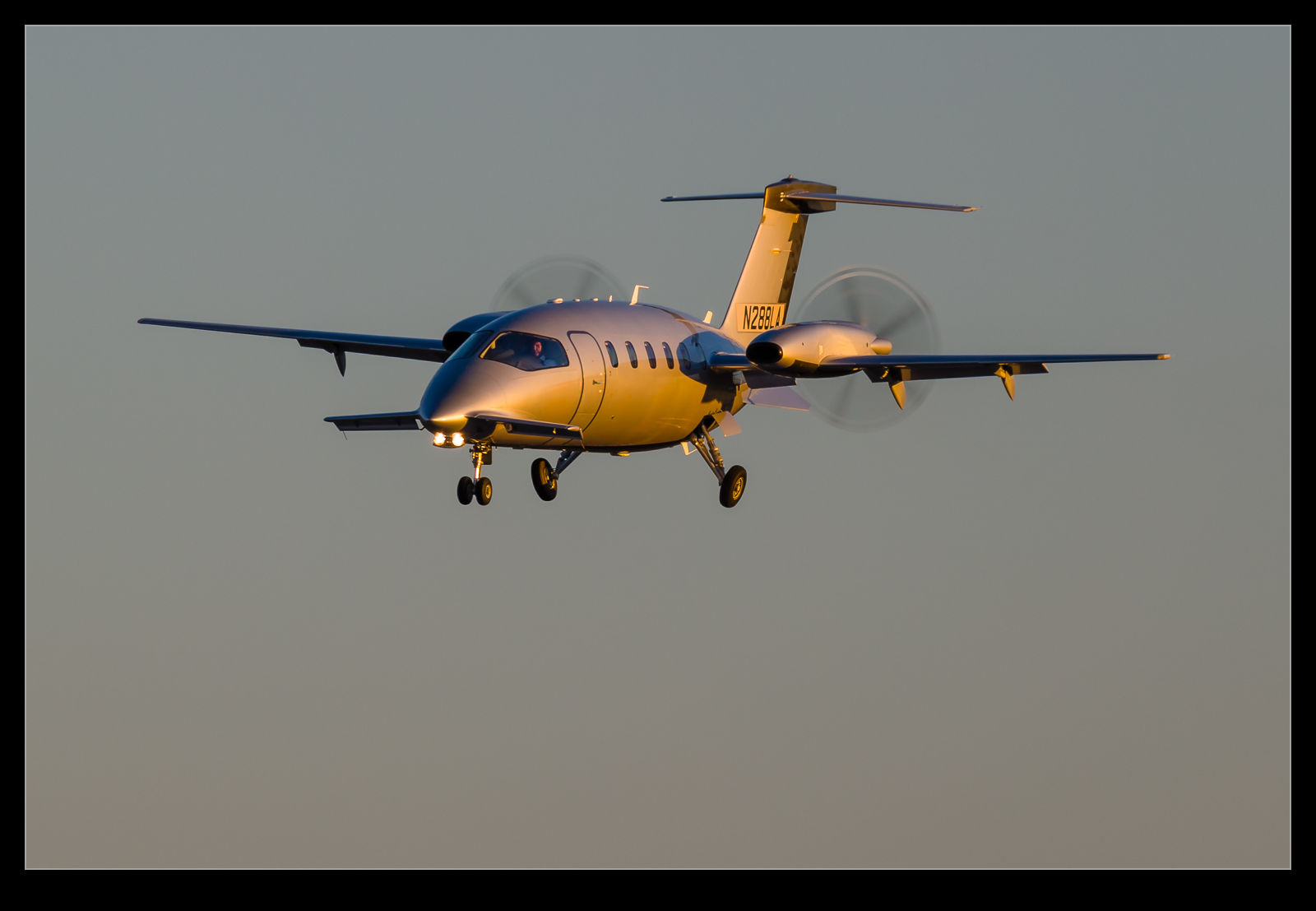 The evening light was looking really good.  I practiced panning with some of the local traffic while watching for the progress of the Avanti.  It was on its way but arrival time was slipping a little.  It should still be okay.  Meanwhile, I noticed the progress of the shadows of some of the trees where I was as they crept closer to the runway.  It was going to be tight.  We would make sunset without a problem and there was no low cloud to cause concern but it was a risk that the tree shadows would be on the plane. 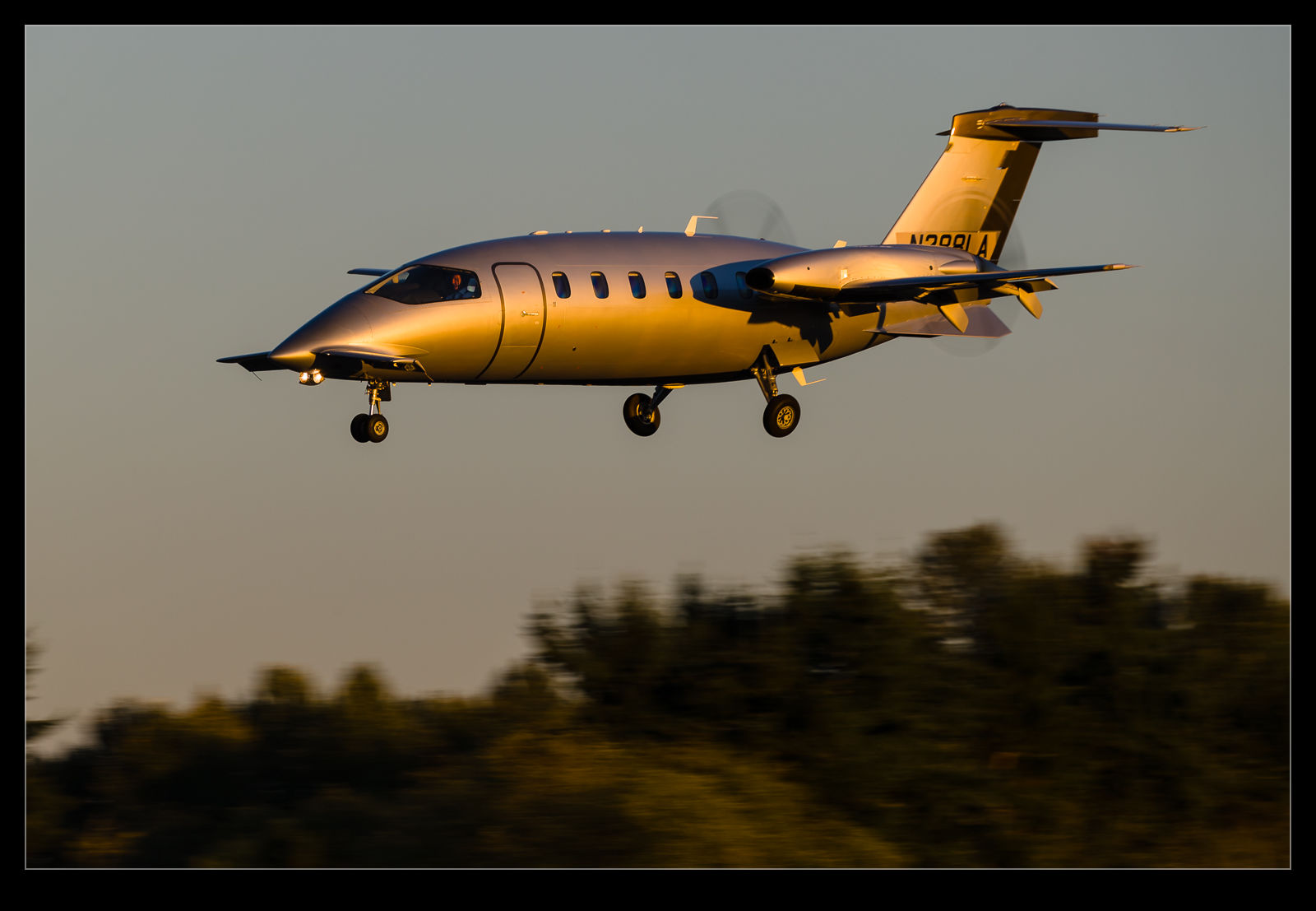 Nothing I could do about any of this and, with the plane still airborne as it was due to pass me (assuming that they didn’t land near the threshold), the chances are things would be okay.  I kept my eyes peeled for the sight of the Avanti lining up on approach. Eventually it came in to view and zipped down the glide slope.  By now the light was low and the shadows were creeping on to the runway but it made the silver of the airframe positively glow.  I clicked away as it came by and then I was done.  Back home for dinner! 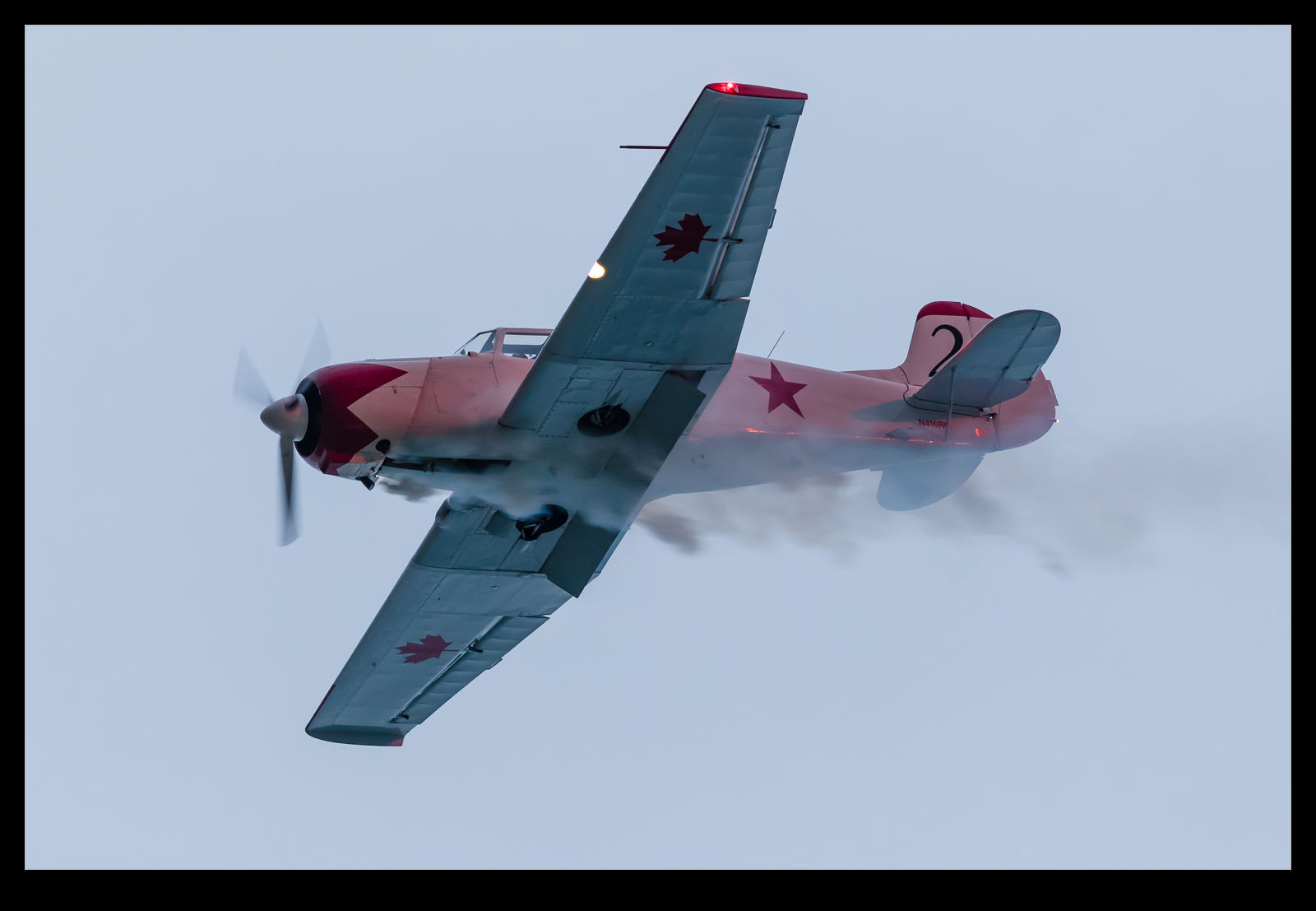 After my afternoon out up in Skagit for the fly day there, I migrated with the guys down to Arlington.  They were having an evening flying display that would include the Ryan I previously posted about.  An overcast evening did not make for great light for photographing the aircraft.  There were only a few displays to see so it wasn’t too much of an event but it was still nice to be out shooting planes again.  Rene Price put on a good display in his Sukhoi and the Yak-18 display was a great example of what the plane can do.  Interestingly, there was the occasional hint of sunlight from the horizon while it flew which would glint off the white airframe since it was high enough to see the light we weren’t getting. 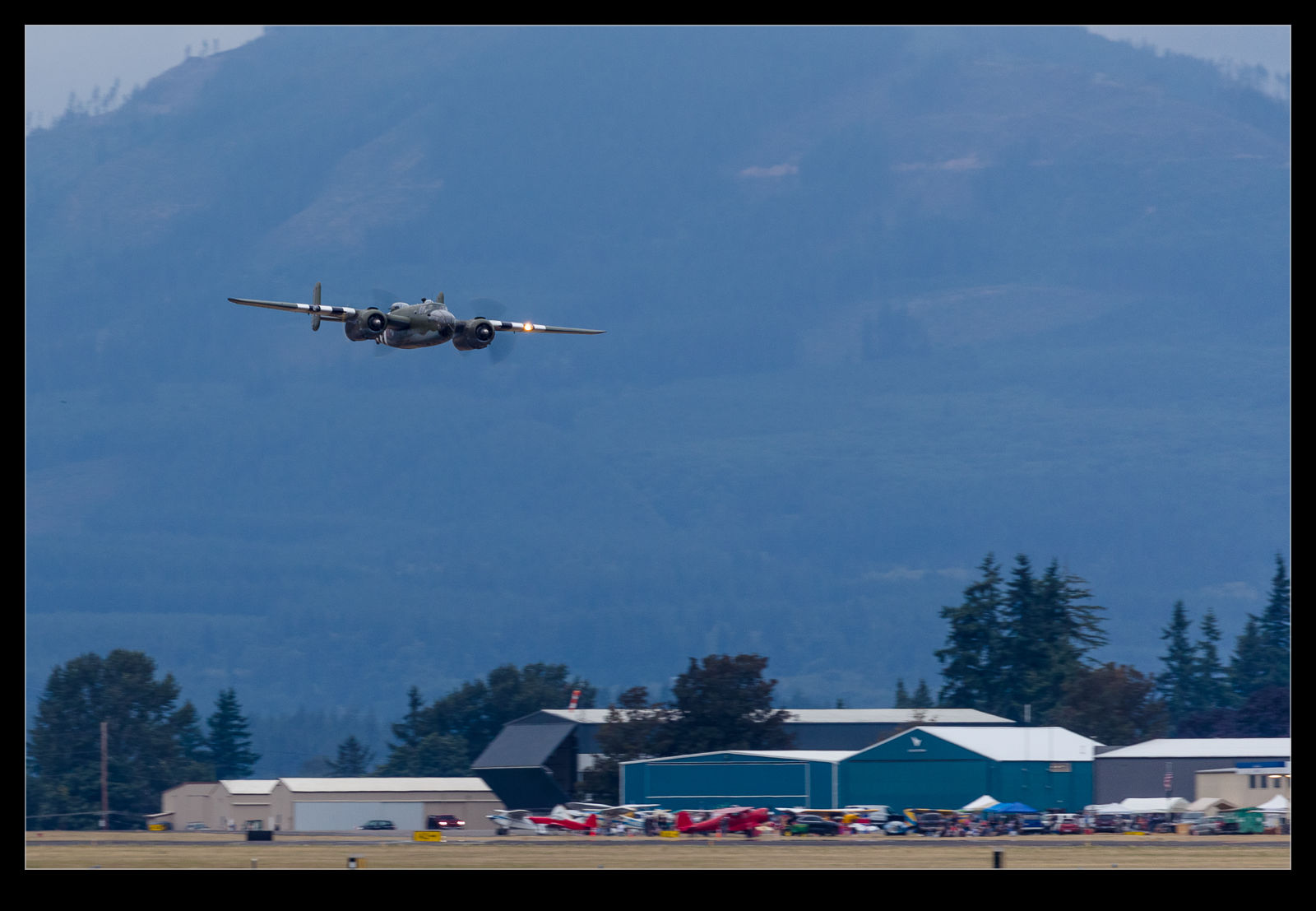 Grumpy, the B-25, flew a bunch of passes having come across from Skagit.  I guess with not much else flying, they were allowed to fly as many passes as they wanted.  Other than that, it was a pretty low key affair. 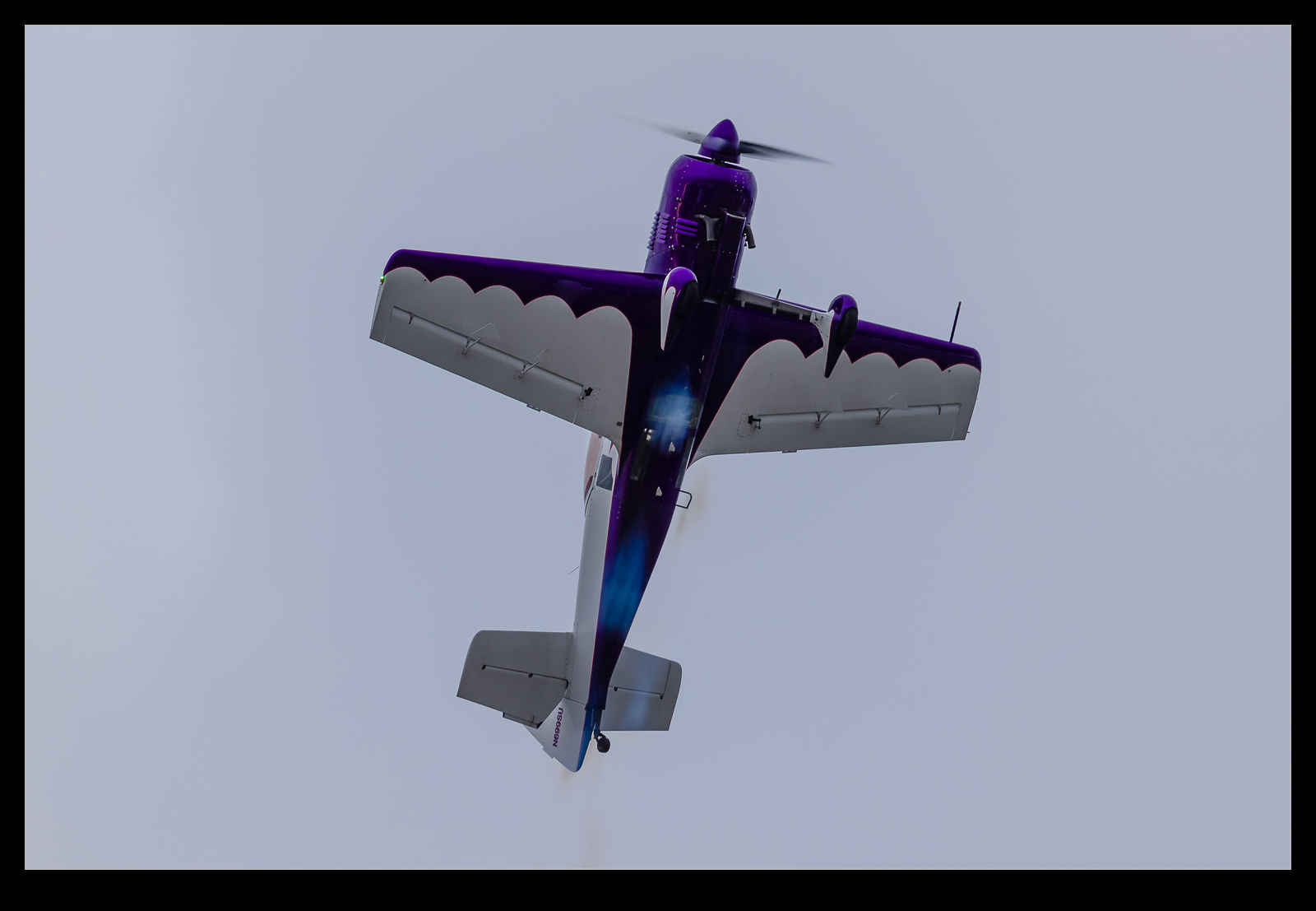 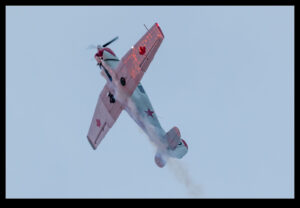 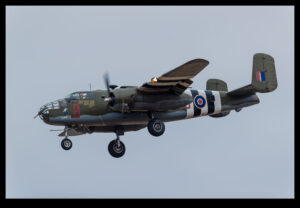 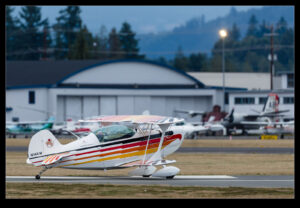 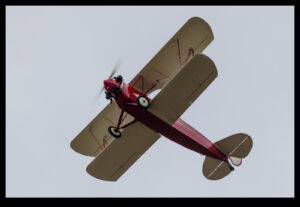 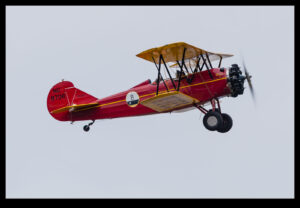 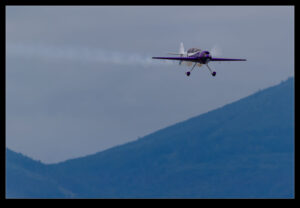 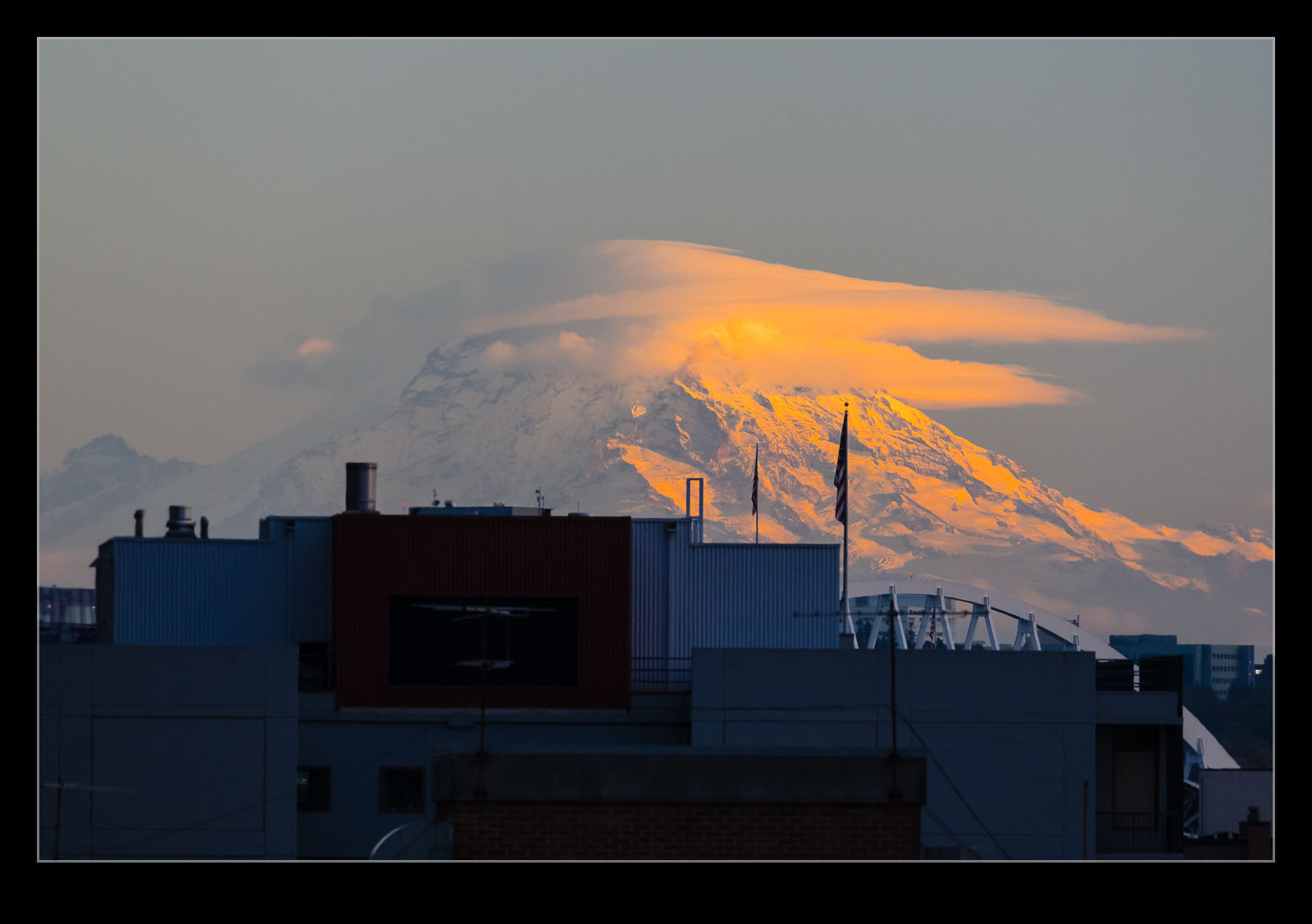 Our hotel in Seattle had a roof deck which we sat out on prior to going out to dinner.  Looking south across the city, you can see Mt Rainier.  In the evening light, the mountain was glowing.  It looked great and was accentuated by some cloud formations across the summit.  Sadly, from this location, the bottom of the mountain is obscured by buildings but it was too good a site to let that stop me taking some photos. 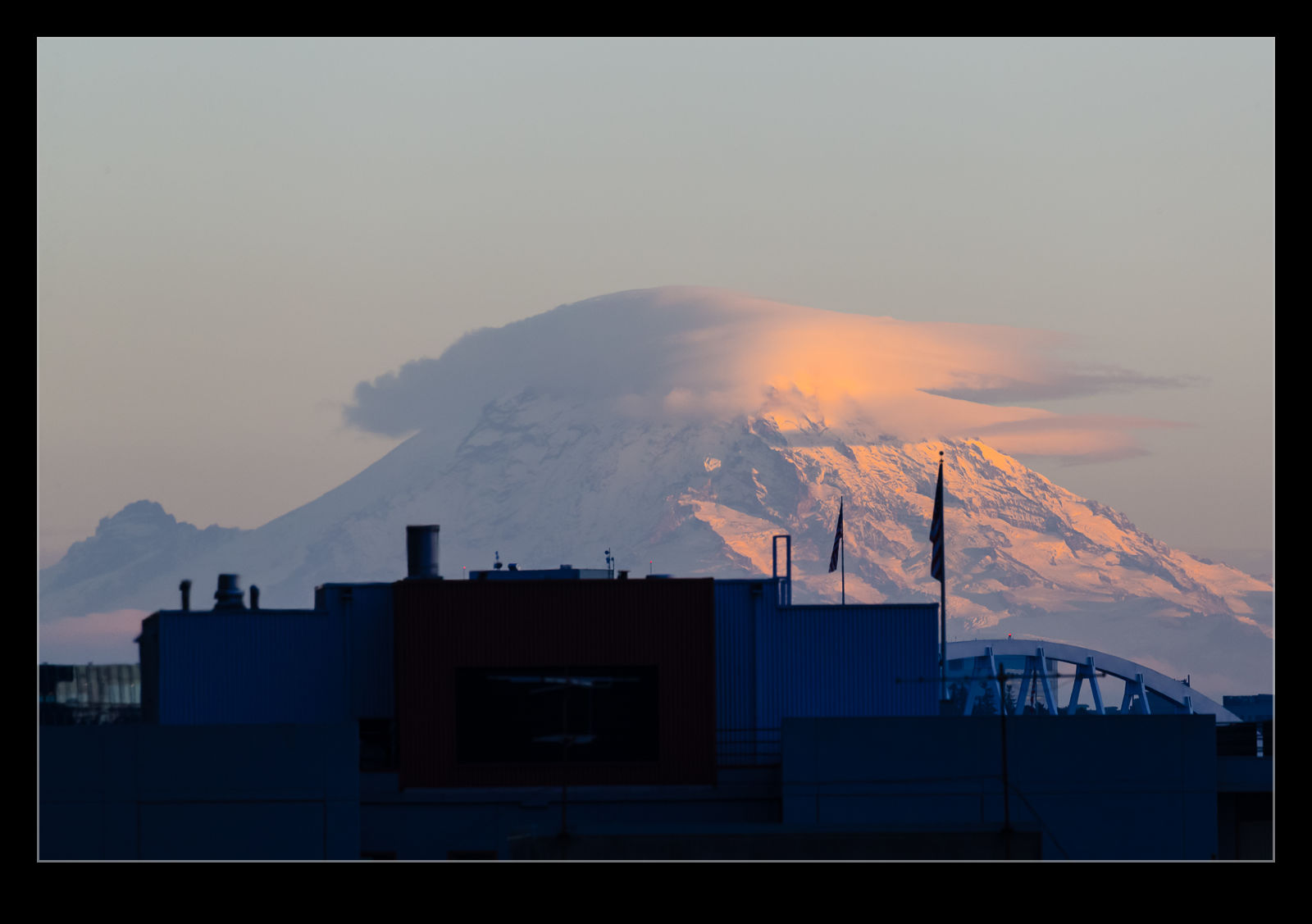 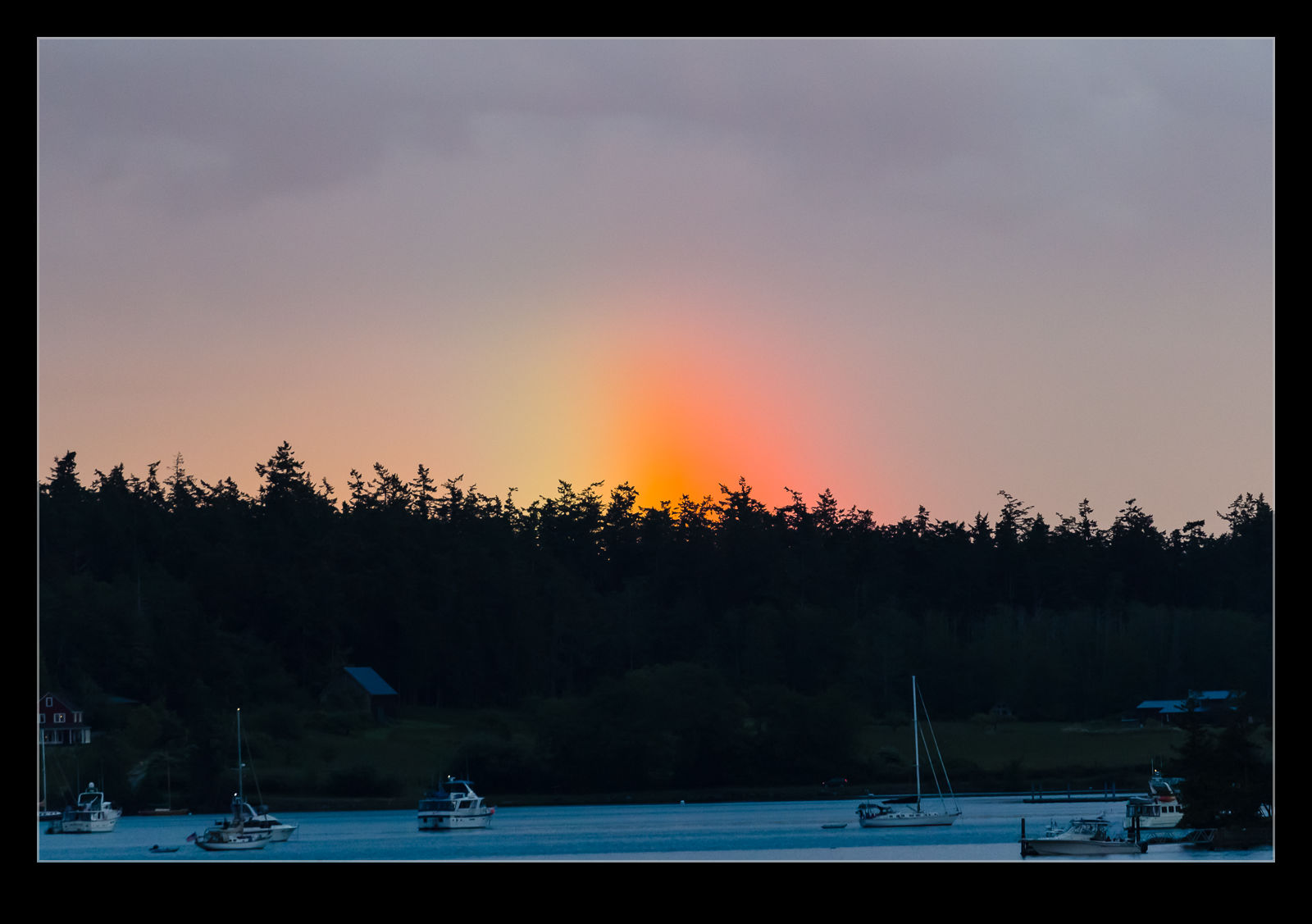 Sunsets are a regular theme for photographers since they provide a scene that resonates with people.  I have shot plenty of them myself.  However, while on Orcas, I saw something in the sky which I was quite baffled by and taken with.  The sun was setting in the west and, looking off in that direction, the sky was lighting up as you would expect.  However, looking directly south, the sky was doing something very odd.  I don’t know exactly what was happening but my guess is that there was a lot of moisture in the sky in that direction and it was reflecting the setting sun back in our direction.  It was a localized effect and quite something to see. 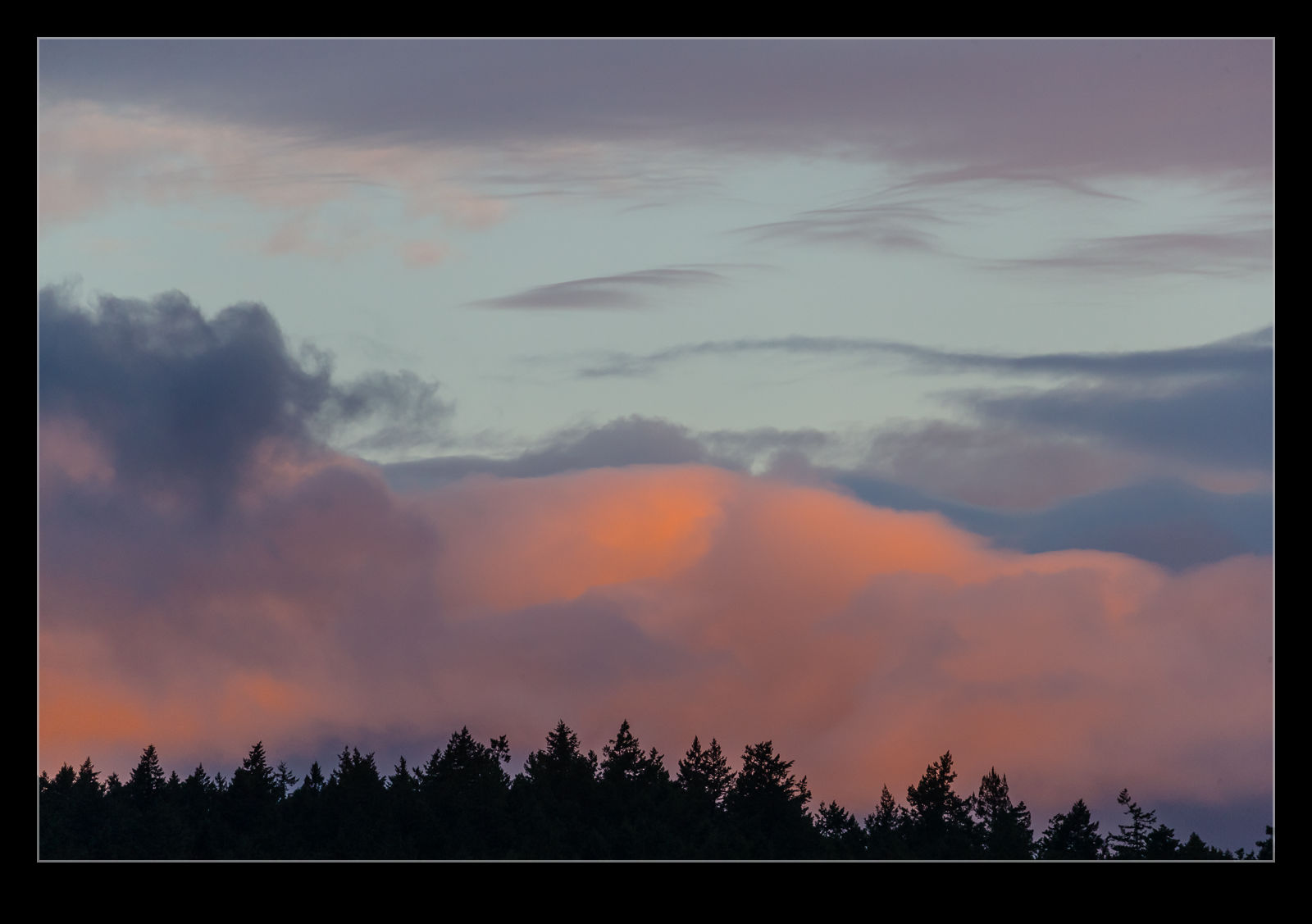 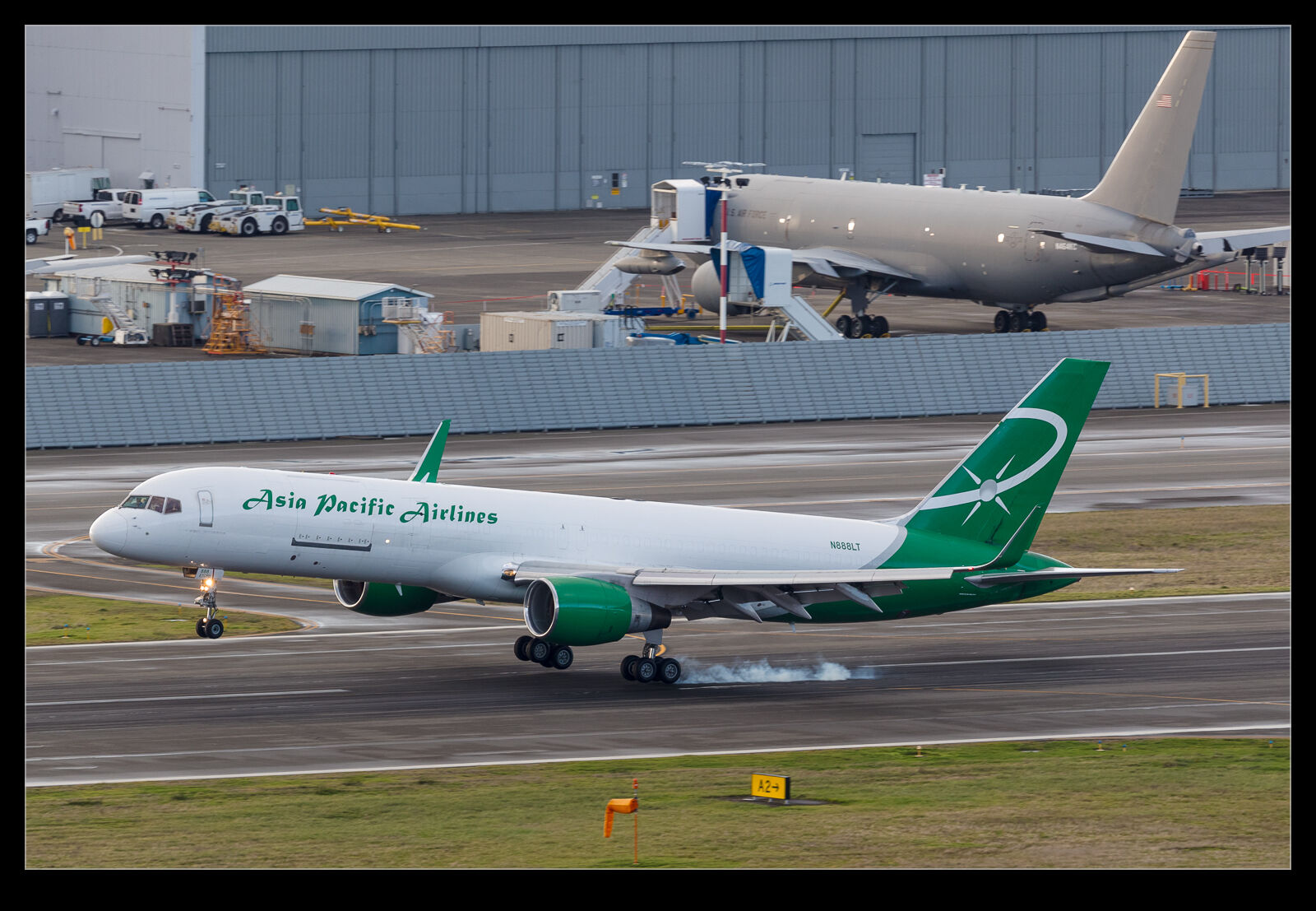 An unusual operator is a good reason for a trip out.  I had seen some 757 flights in and out of Seattle that seemed to be running a circular route including LA and Hawaii.  The airline was called Asia Pacific Airlines and was flying 757s.  However, I didn’t have the opportunity to get to see them while these flights were underway.  Jump forward to Christmas Eve and I had a day off and they were coming in to Boeing Field.  This seemed like it was worth a trip. 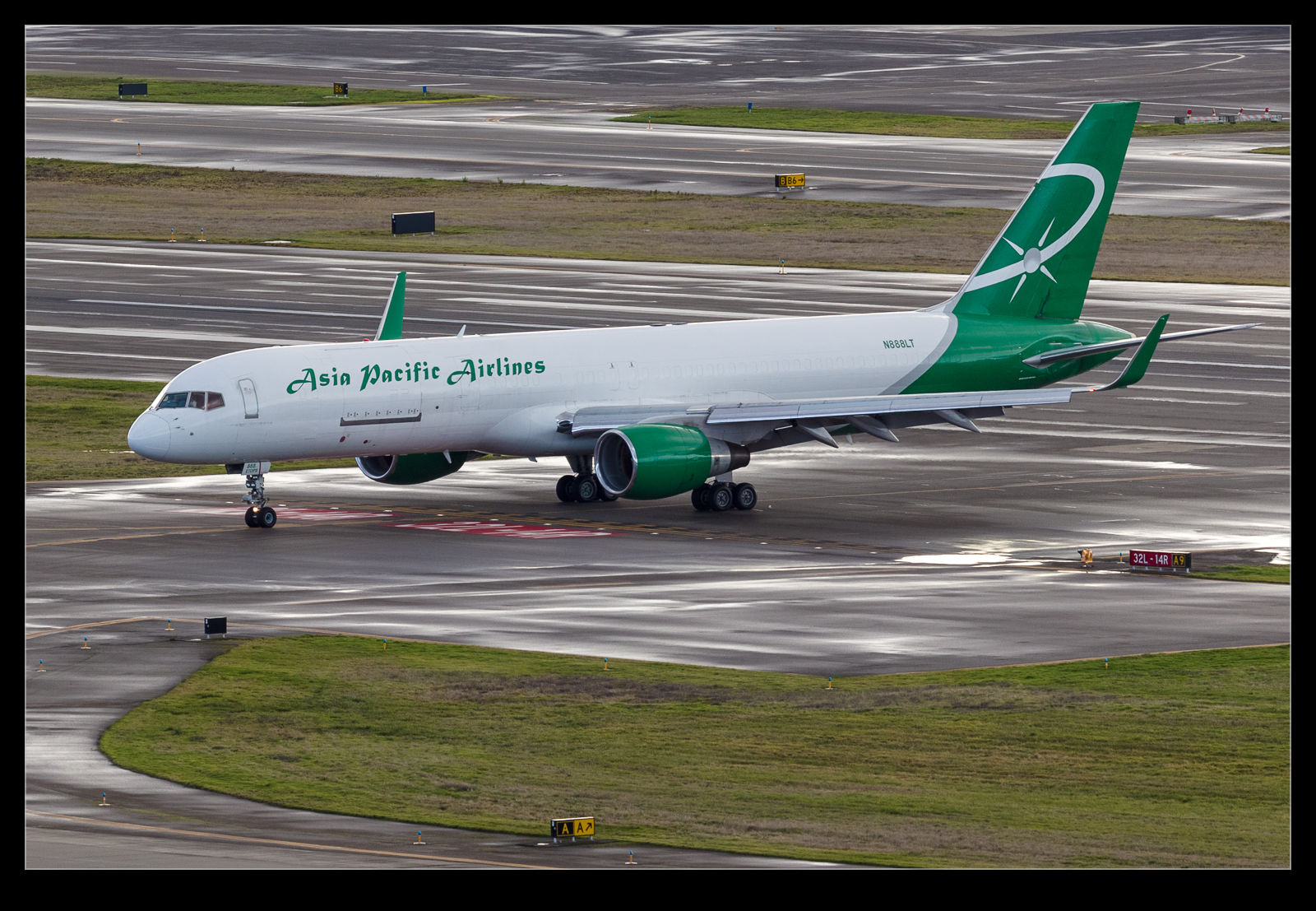 They appeared to be providing additional capacity for UPS which was dealing with the big rush in the last days before Christmas.  Although the jet was due in a bit later than ideal, I was definitely hanging around to see it.  I had got everything done for Christmas so I wasn’t under pressure.  The green and white scheme is an interesting change from the usual UPS colors.  It landed and taxied to the UPS ramp where the ground crew went to work unloading and reloading it.  I didn’t wait for departure, though.  Christmas was coming! 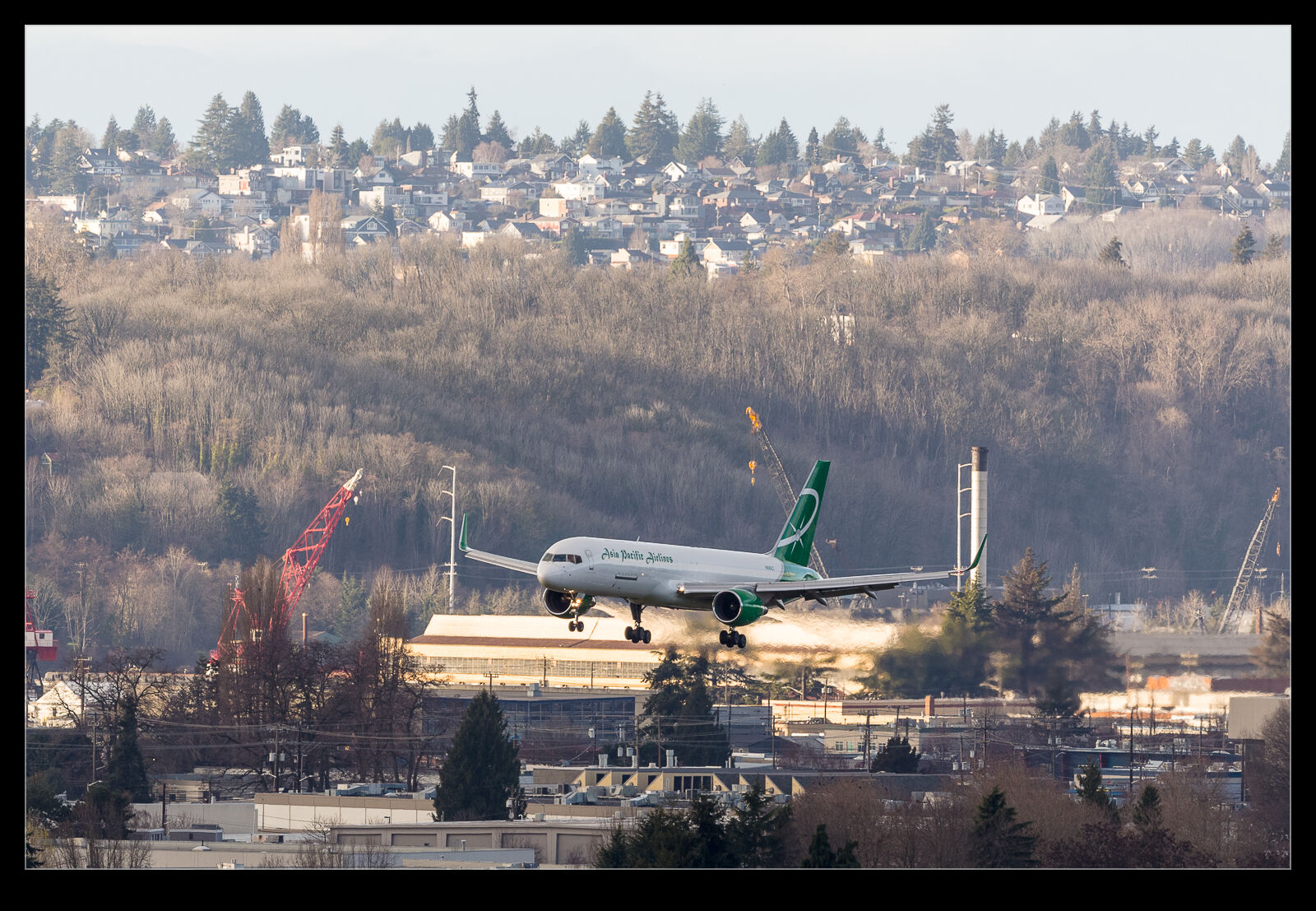 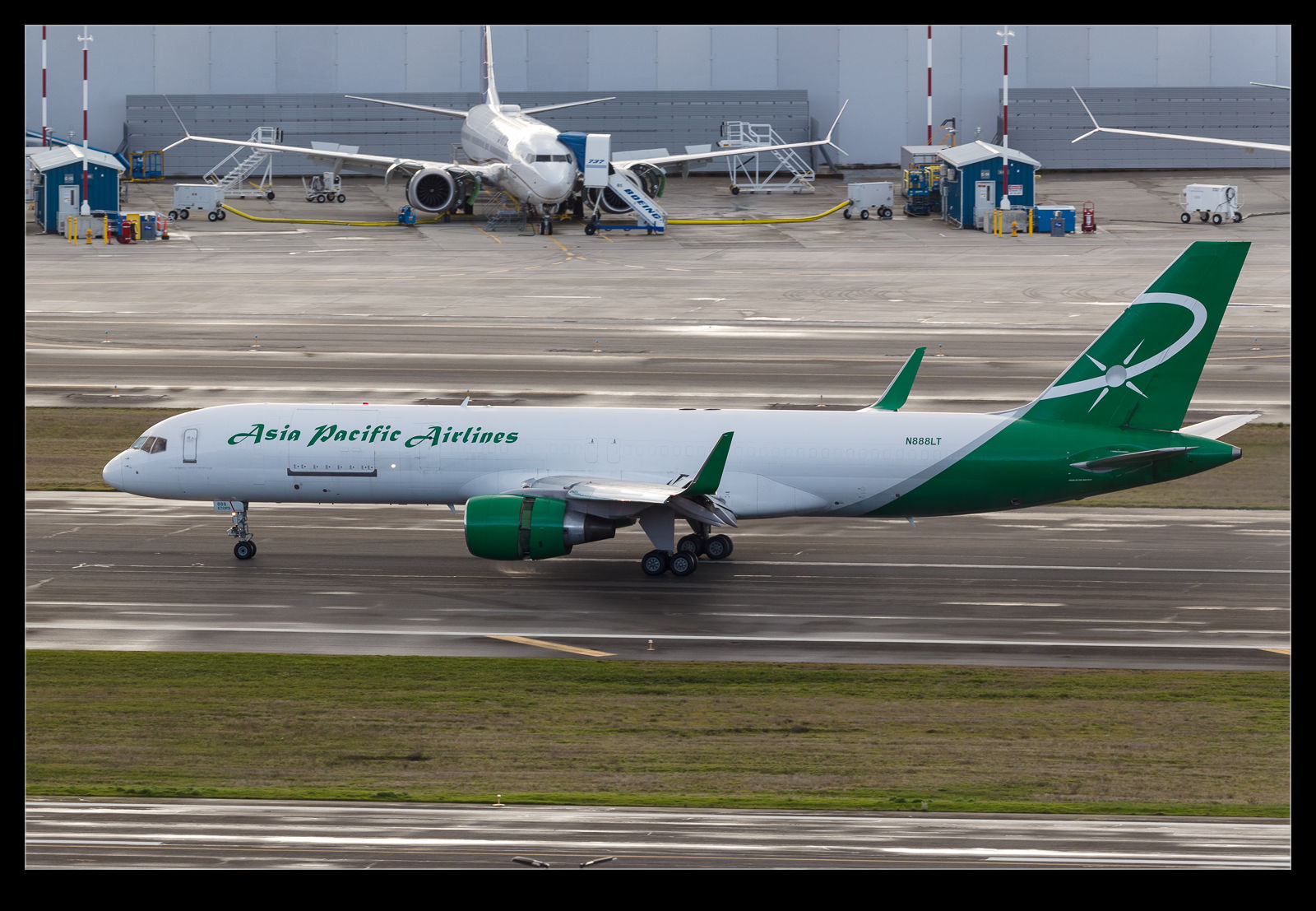 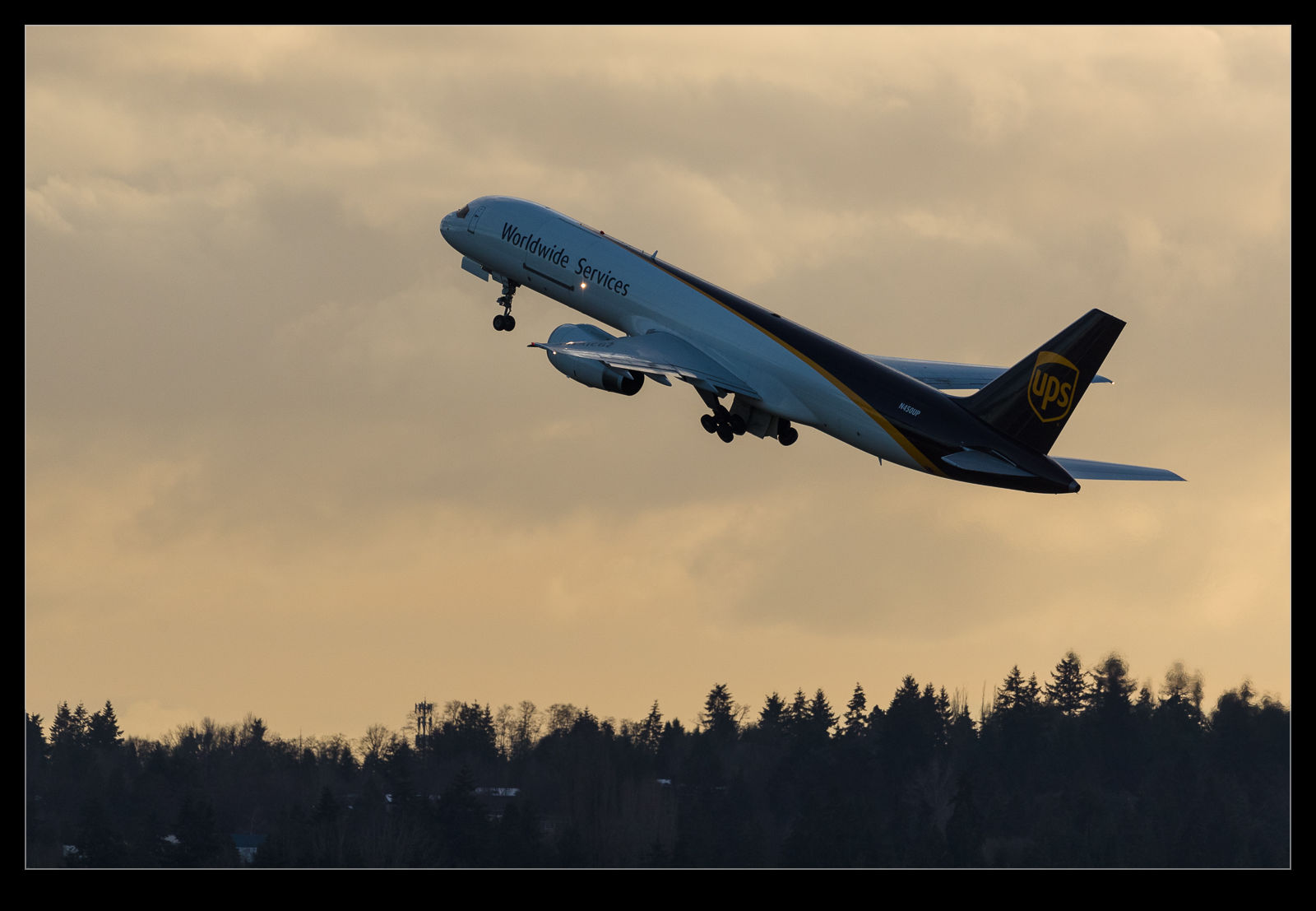 The UPS traffic at Boeing Field was busy in the run up to Christmas.  As the light was starting to fade and the day end, another UPS jet taxied for departure.  It got airborne and headed off to its next destination as the sky in the background had a nice warm look to it. 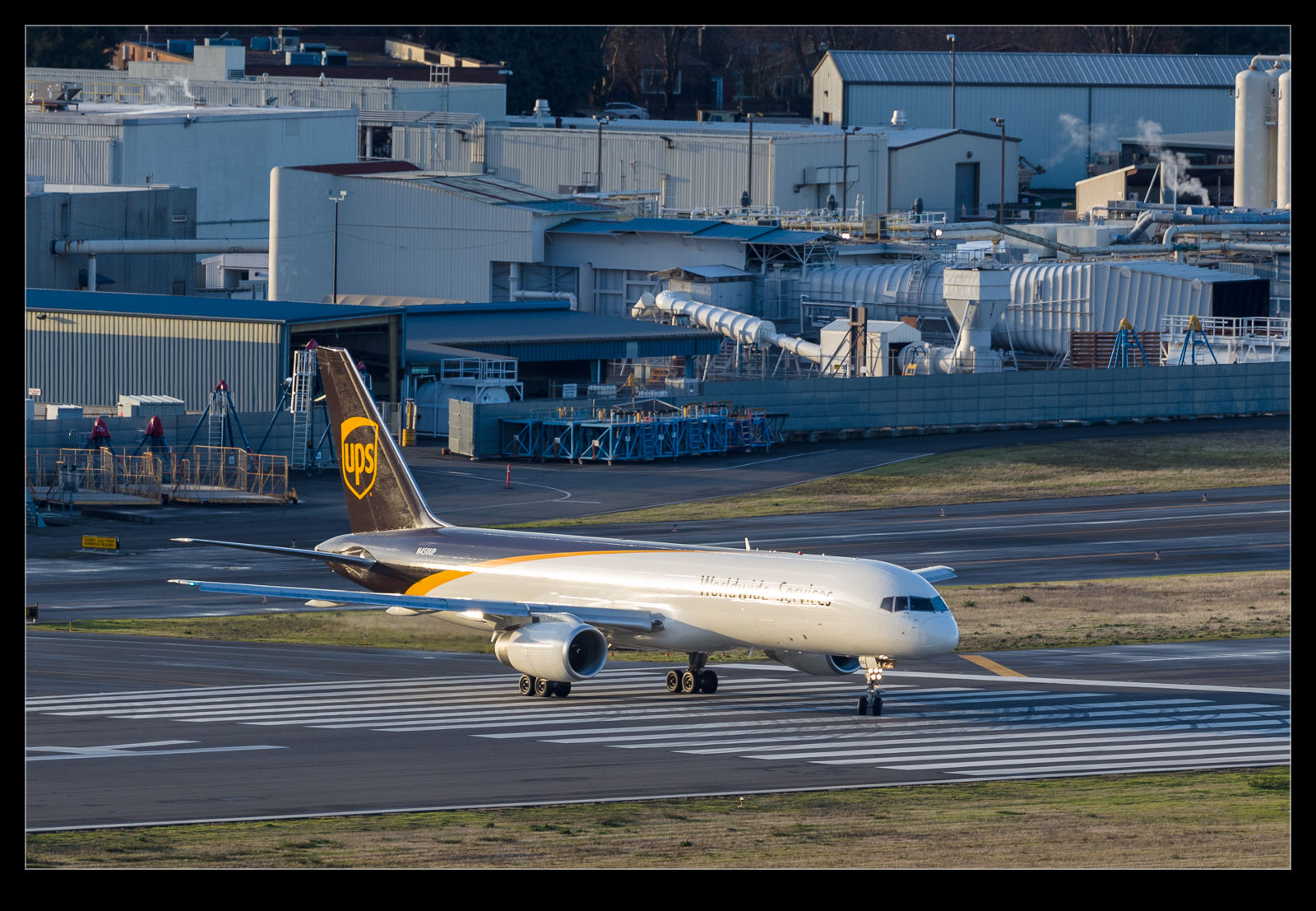