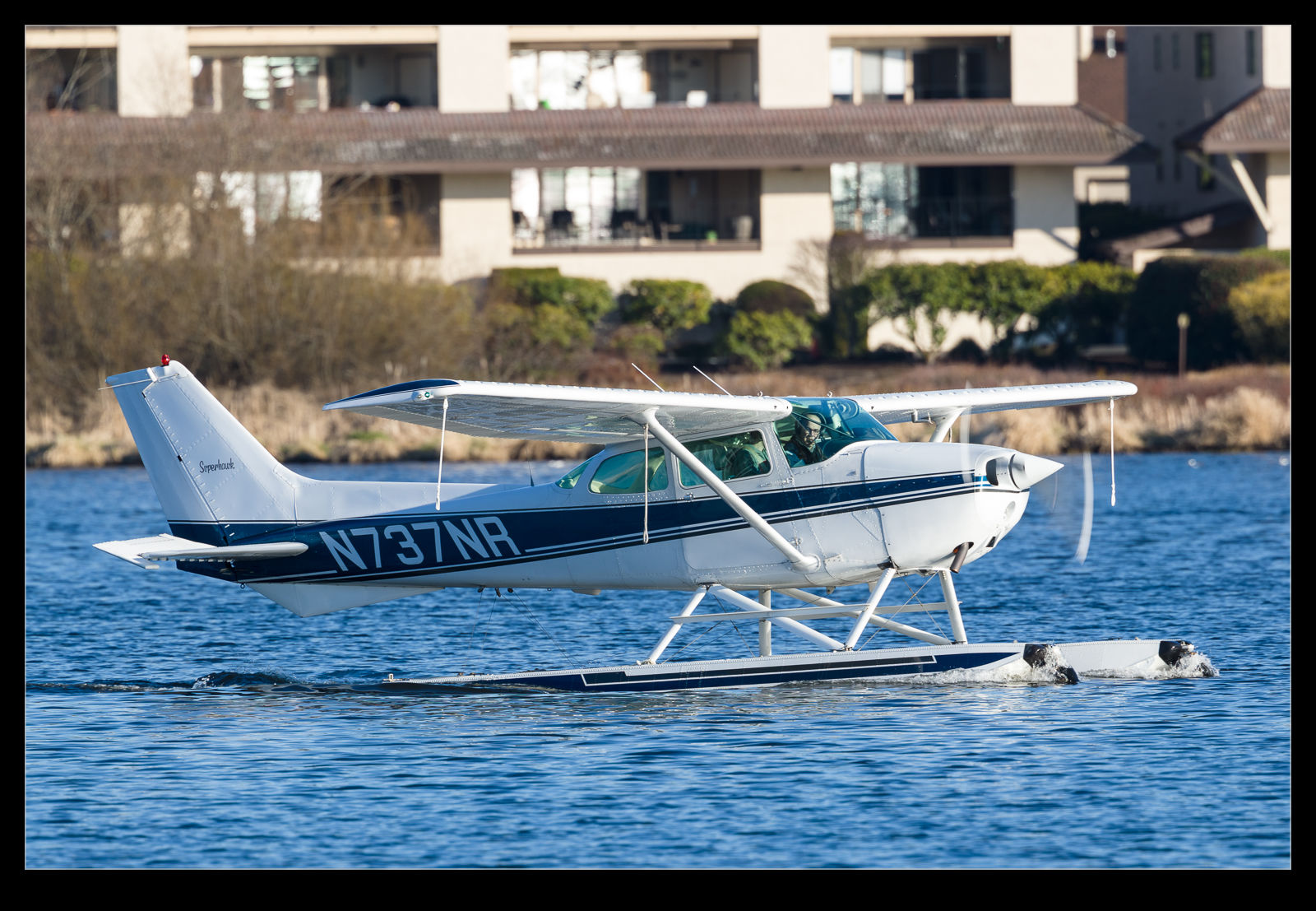 Another jump back to just before things got locked down and a visit to Log Boom Park in Kenmore.  I was hoping for either some interesting wildlife or some Kenmore Air activities.  The only floatplanes I ended up with were a couple of Cessnas.  However, the light was nice and the evening was calm so this actually proved to be a good alternative.  They may not be as neat as a de Havilland Canada beast but they are still fun to shoot. 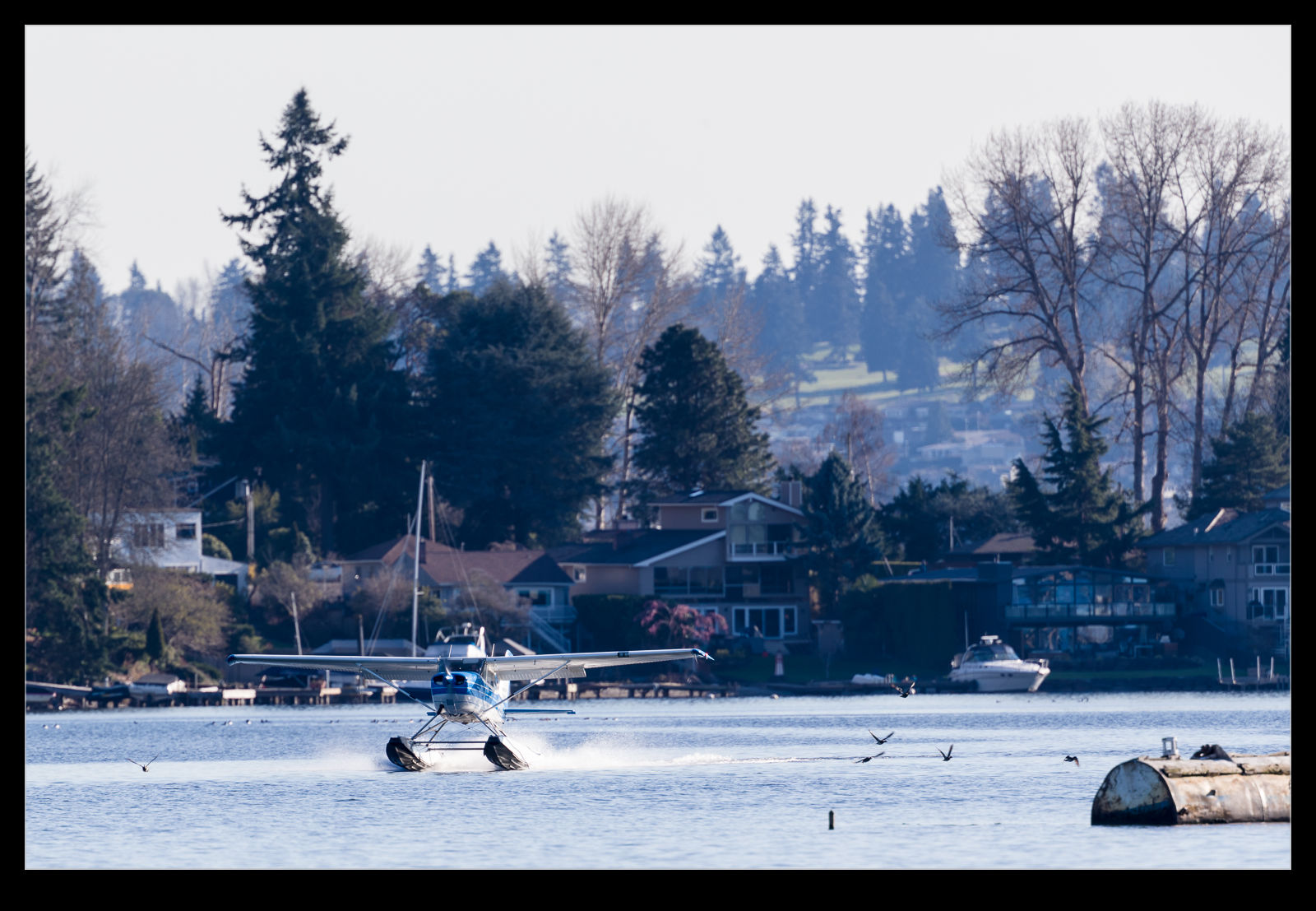 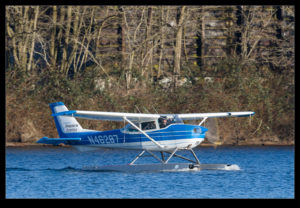 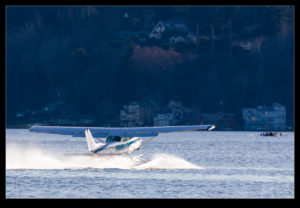 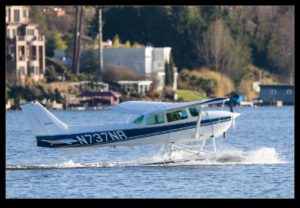 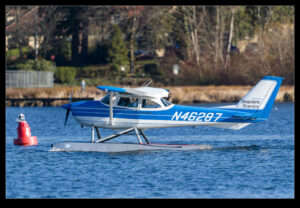 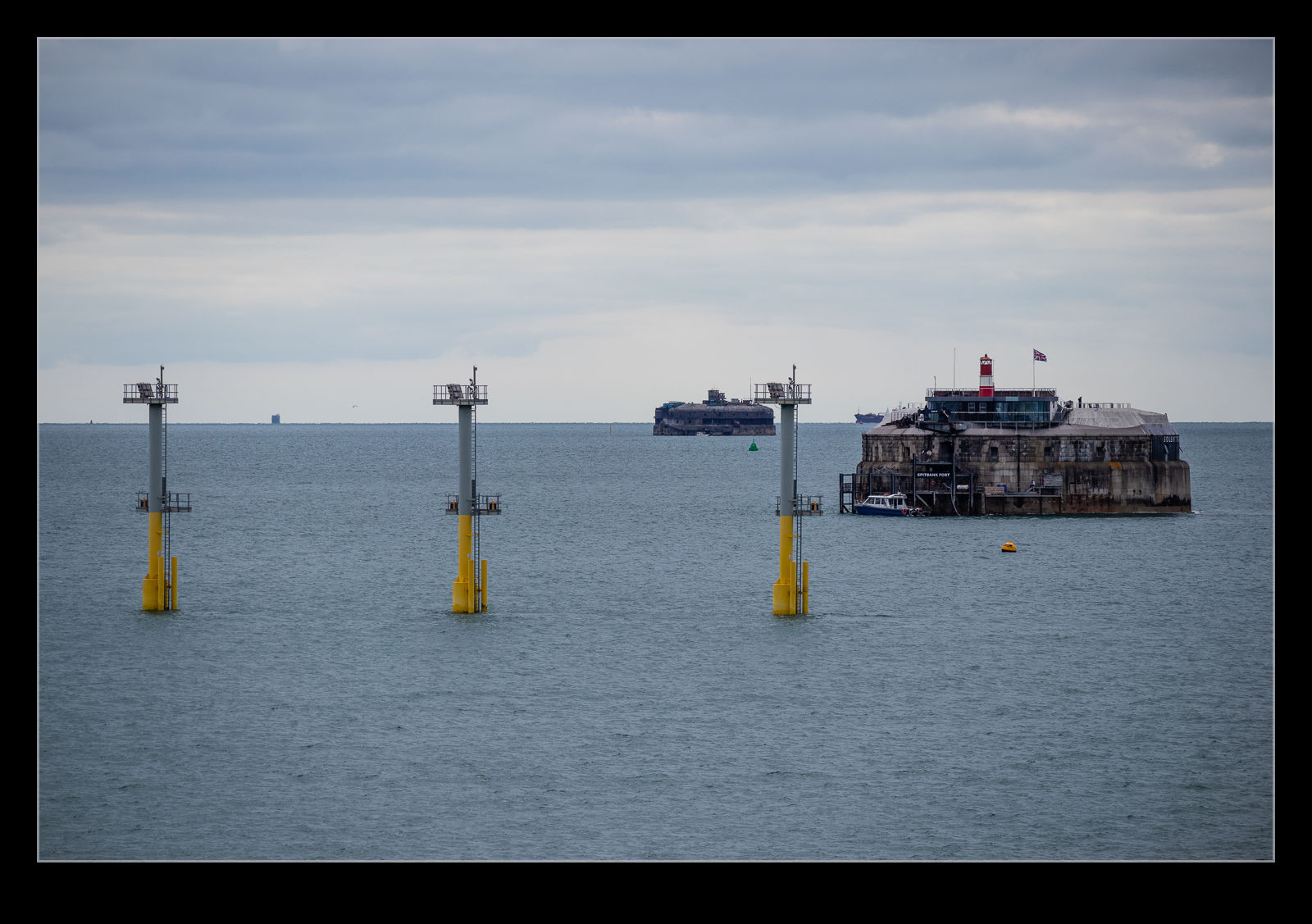 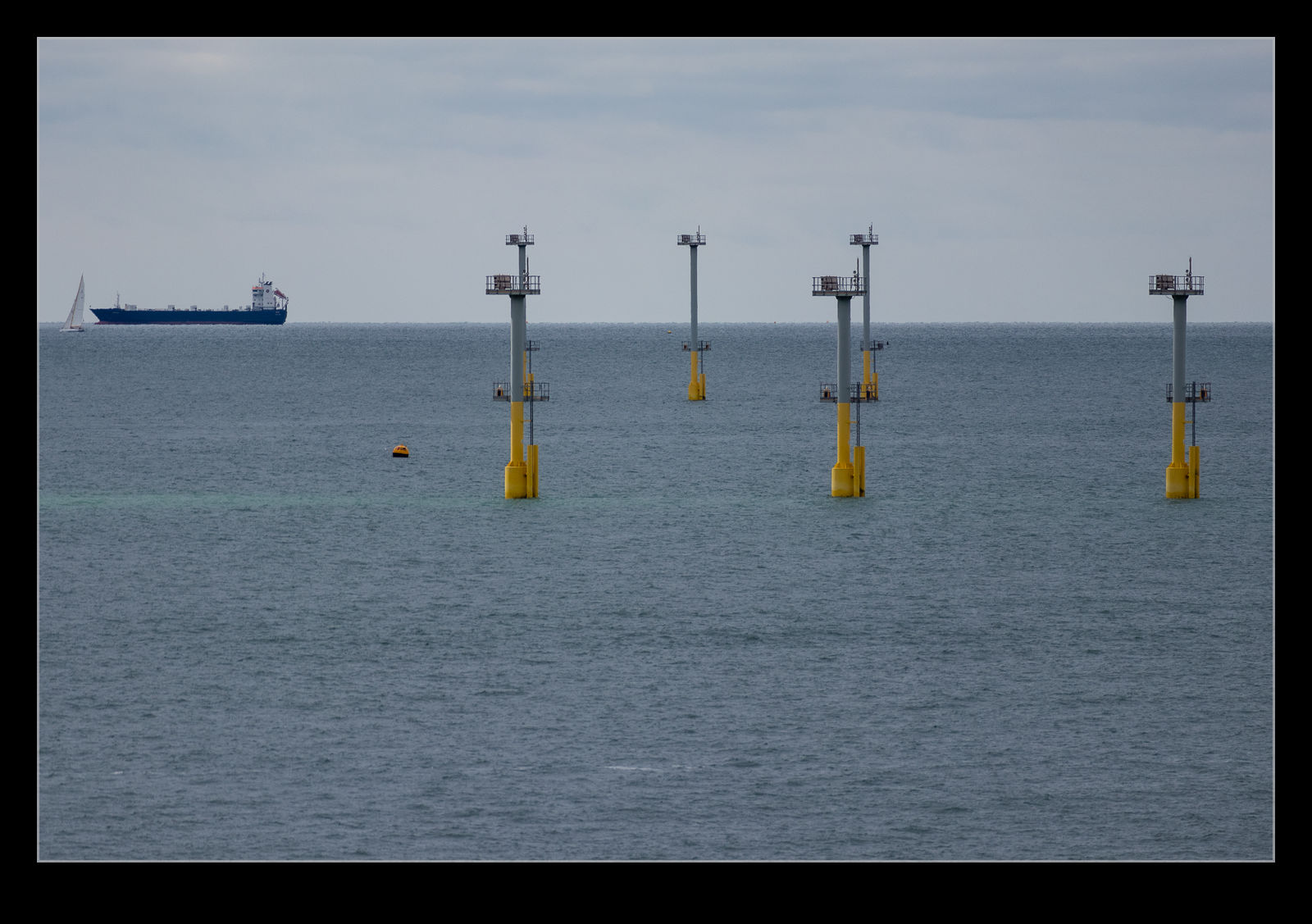 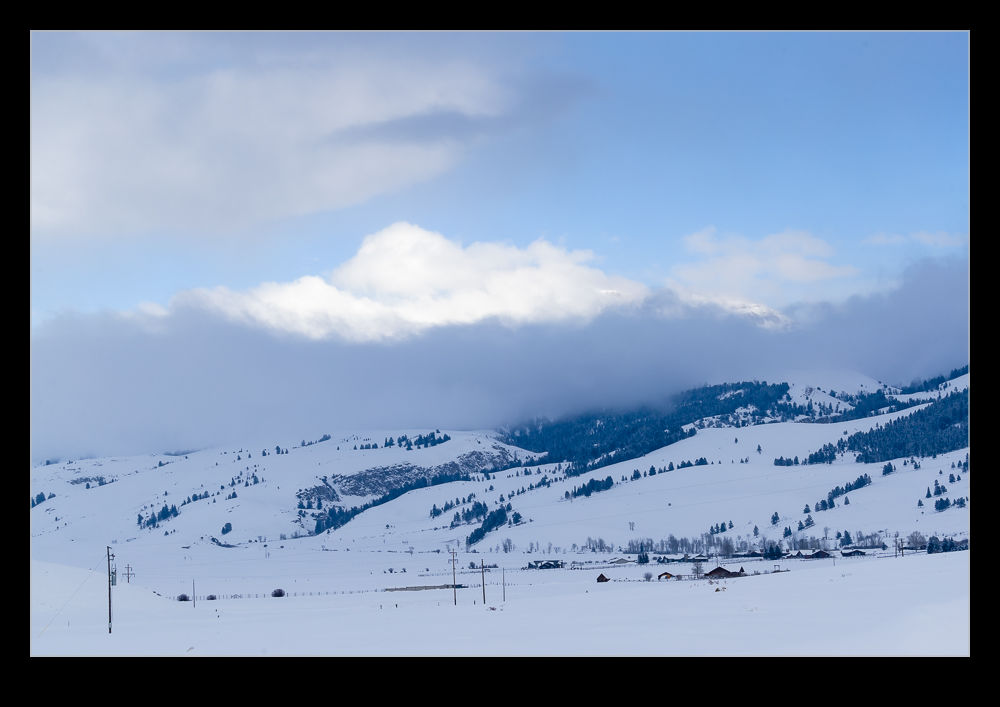 The weather while we were in Jackson was rather variable. Our first day was pretty sunny but it clouded over and the second day had clouds constantly moving through.  You would get patches of sun showing up periodically but it was generally overcast.  As you looked to the hillsides surrounding the valley, there was hardly a moment when things were constant.  Light might pick out the terrain briefly and then a cloud would roll in and obscure the view completely.  There was always something different to see.  Even though the conditions were not great, it was still gorgeous to watch the constant evolution. 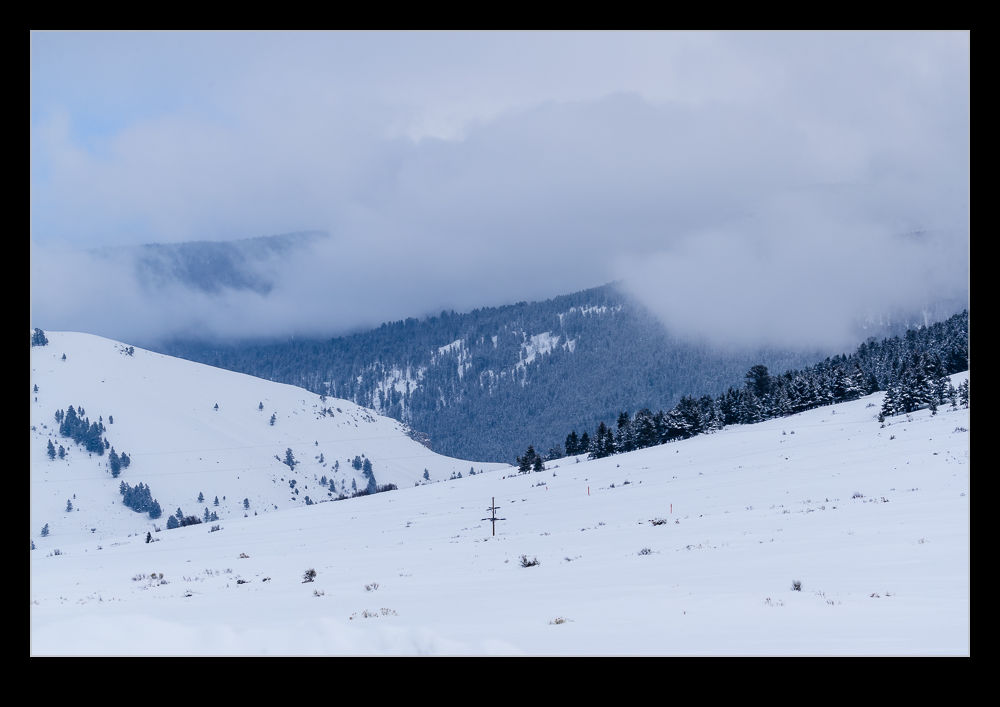 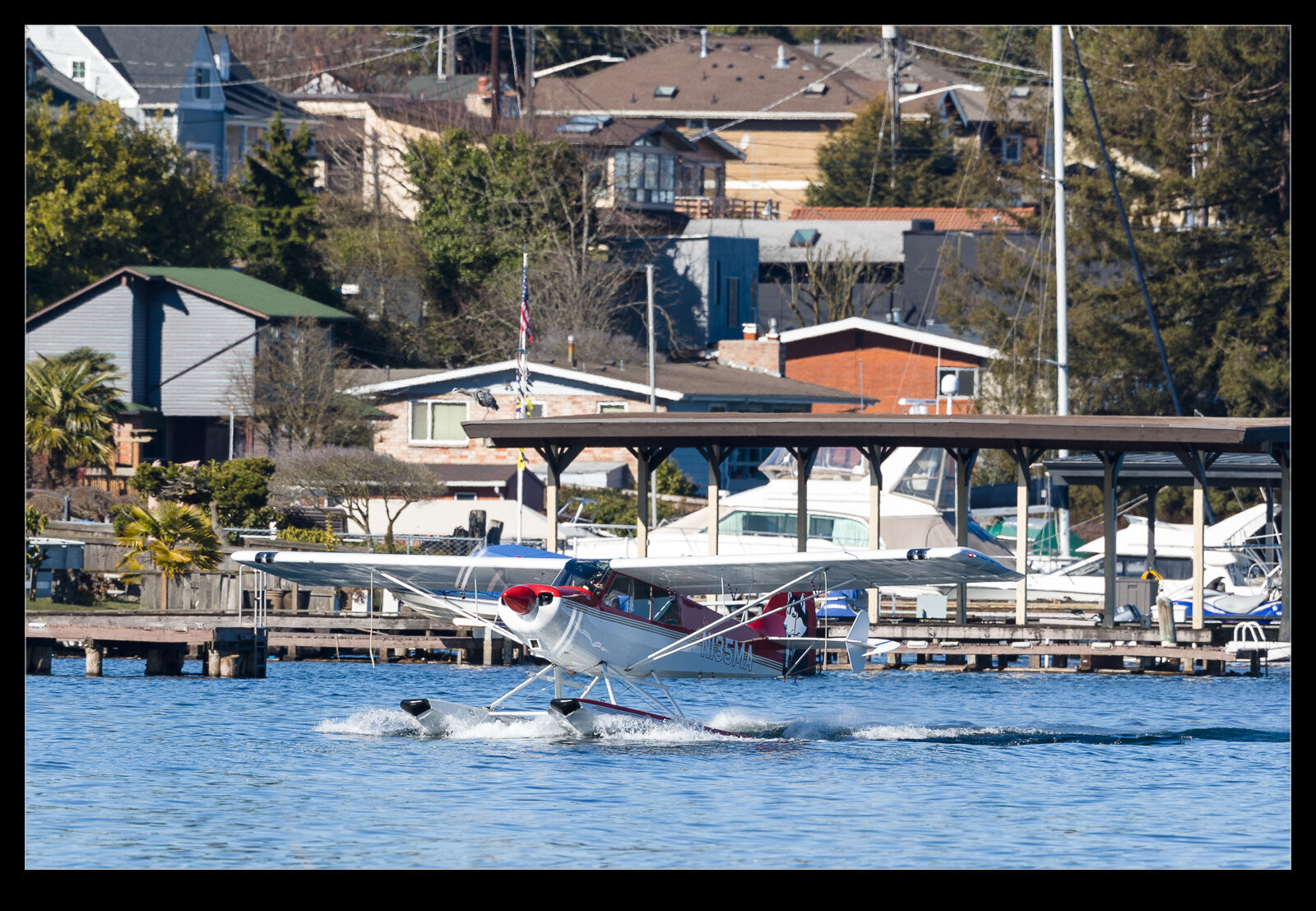 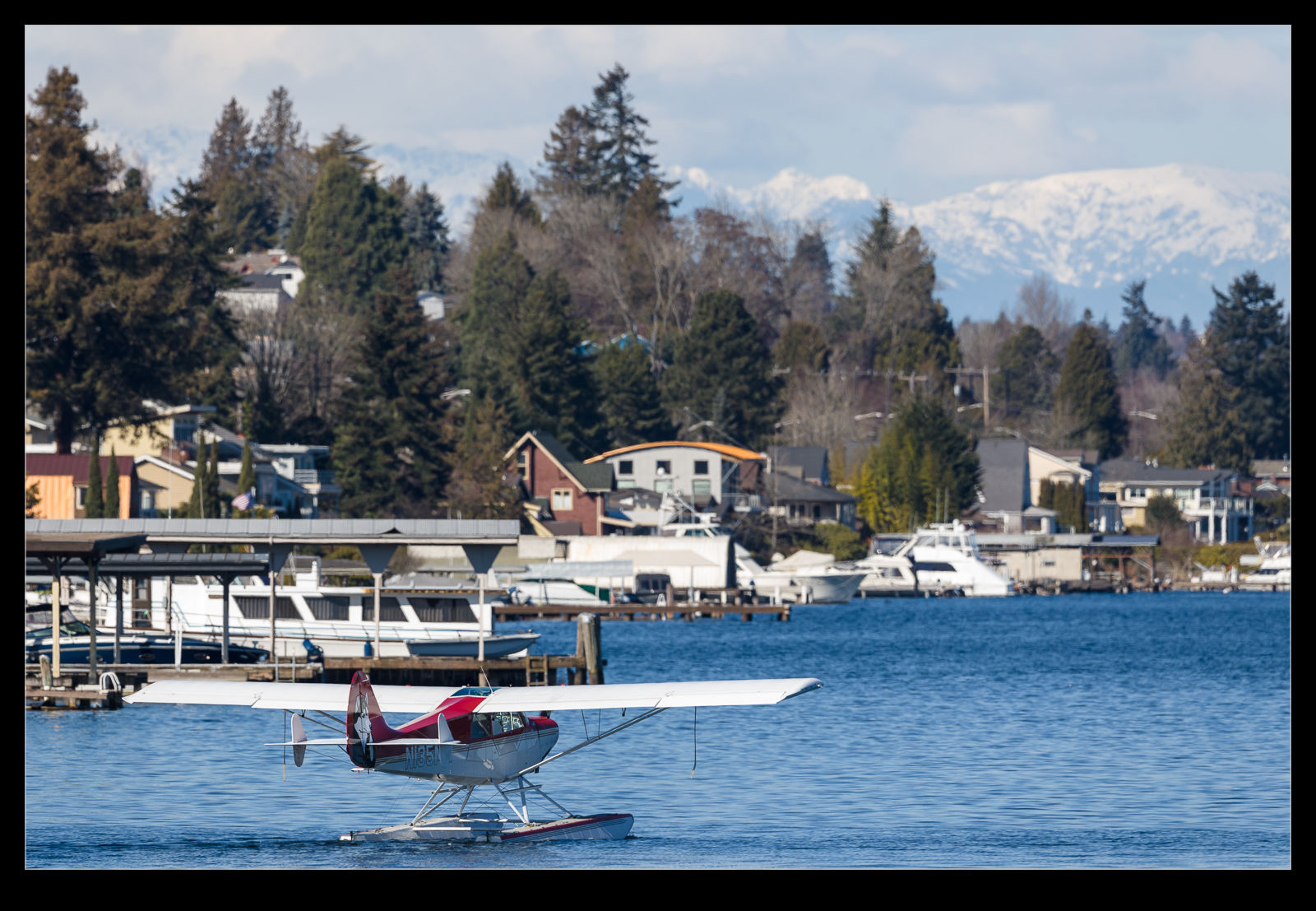 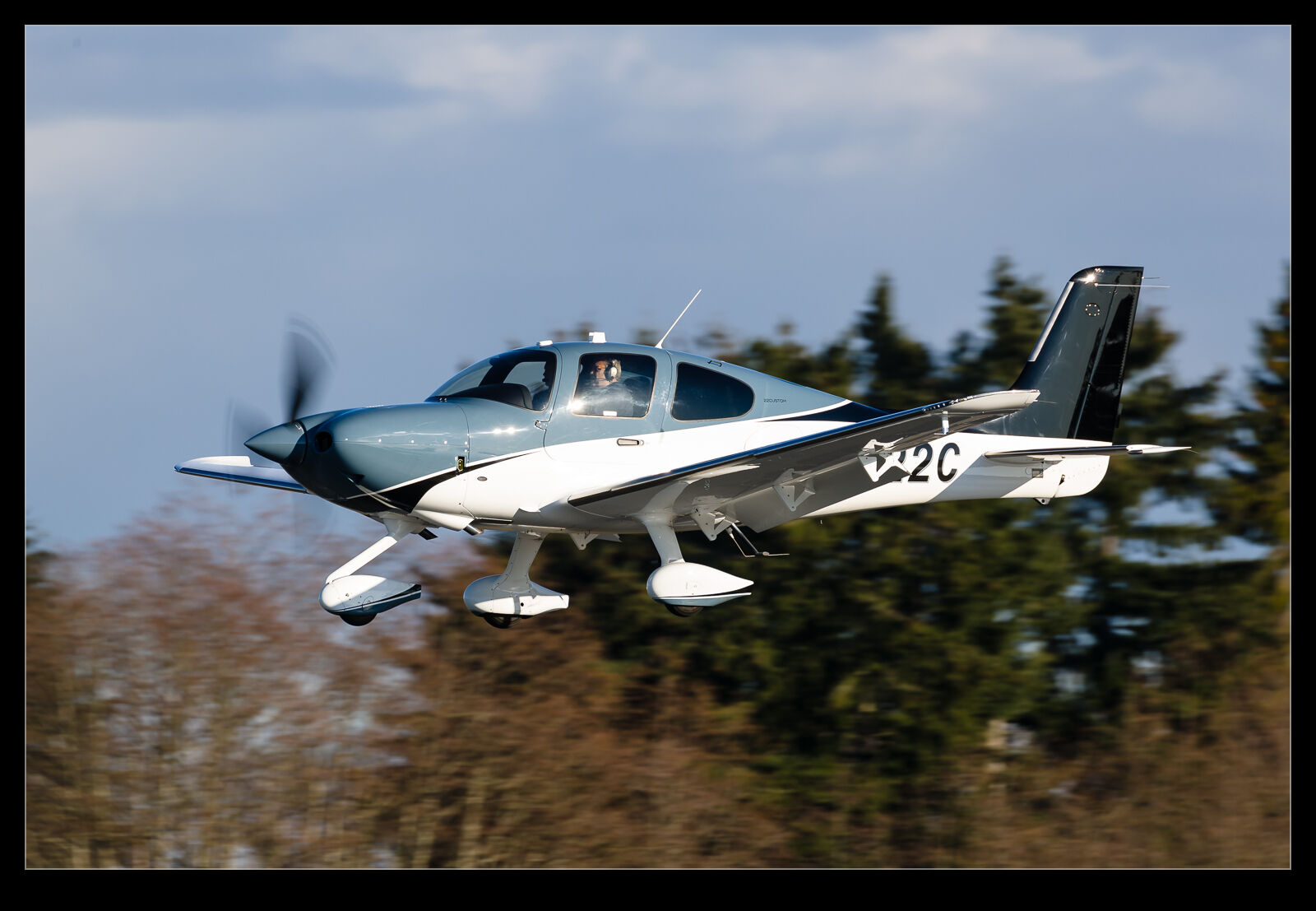 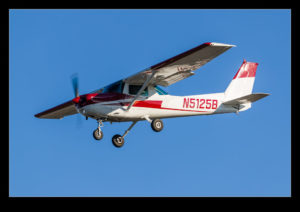 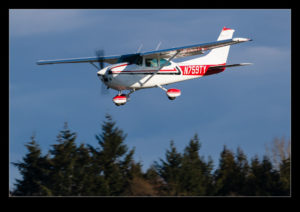 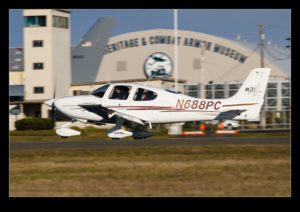 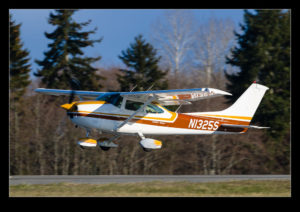 I went to Paine Field to get the Air Tahiti Nui 787 which I wrote about in this post.  As I walked up to Future of Flight, there was an unusual looking plane sitting at the hold running up the engine.  I grabbed some shots of it doing its engine run and then as it lined up and took off.  I couldn’t work out what it was.  I thought it might be a Bellanca but I was wrong.  A search when back at home tells me it is a Harlow PJC-2.

With lovely light, I was hoping to get it when it came back in.  Unfortunately, it timed its return such that it coincided with the arrival of the 787 so they went to the left runway instead of the right.  Never mind. 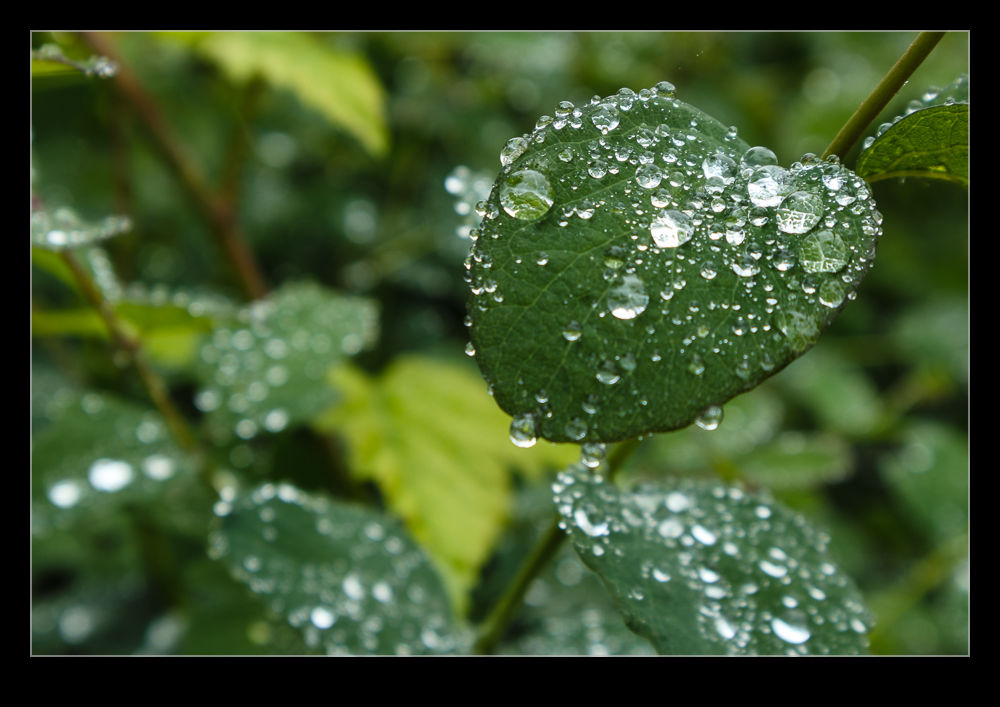 This was something my Mum spotted as we walked around Snoqualmie.  The water droplets that had fallen on the leaves of the plants were really catching the light.  From a distance they glistened like jewels on the leaf surface.  Even closer up, they still sparkled. 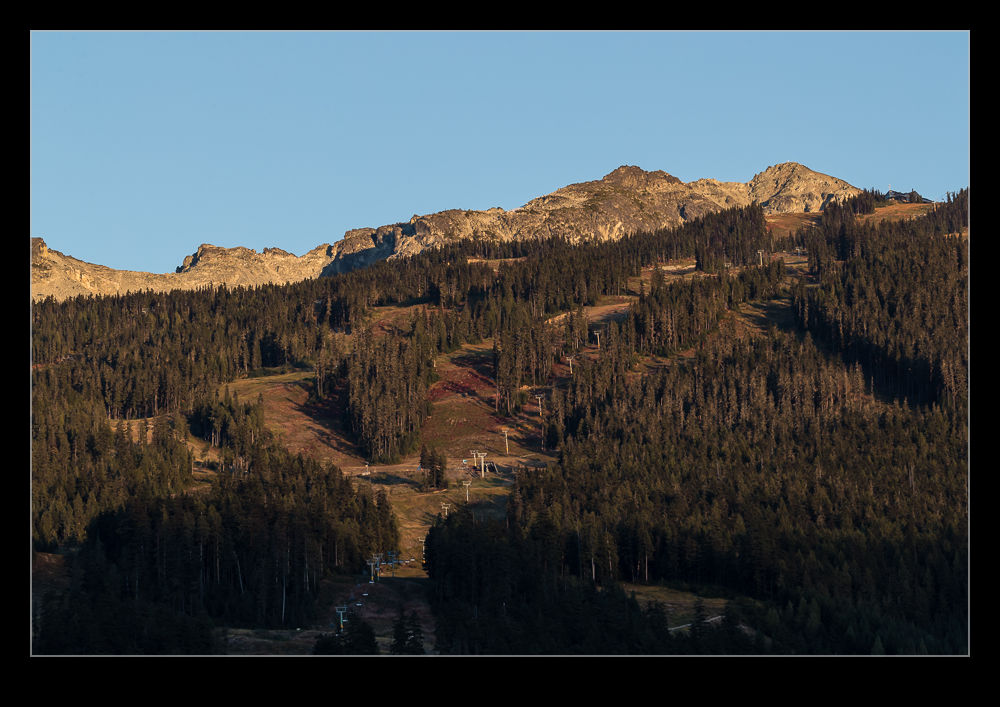 The view from our hotel in Whistler towards the mountains was really pretty but never more so than when the sun was setting.  A couple of evenings I thought I should get a shot but was either elsewhere or too slow.  I did manage to get out there one time though, although I was still a little late.  The shadows were creeping up the lower slopes of the mountains but I still had the nice color on the summits.  The warm, evening light was really appealing and mountains look good at the best of times so this was a great scene to see. 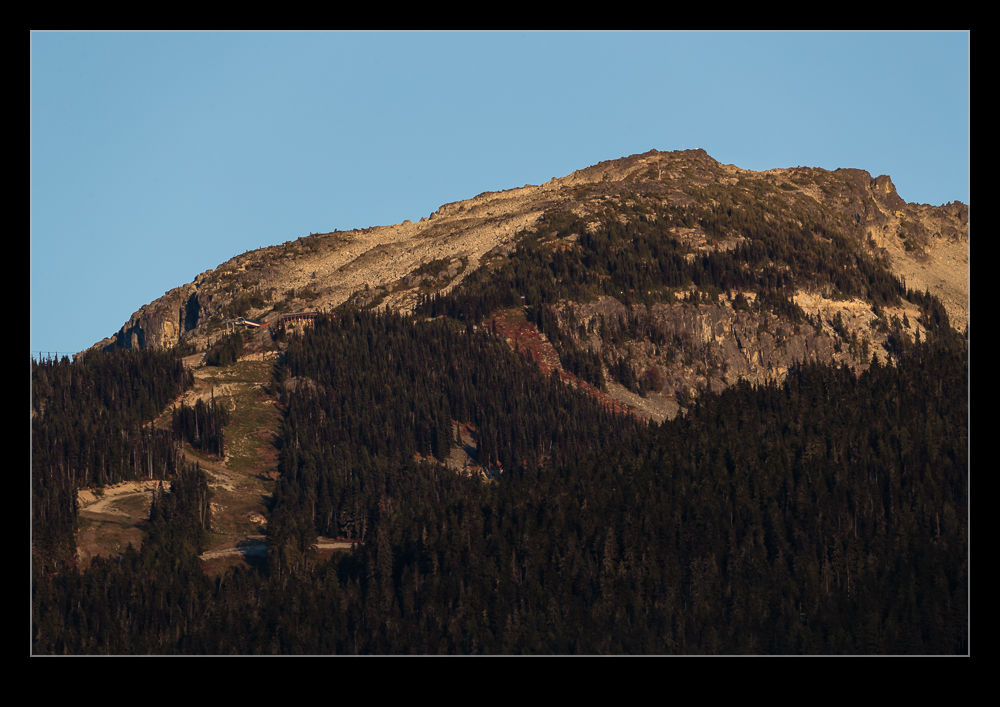 One of the things that I was glad to get when I last changed camera bodies was the ability to have exposure compensation while shooting in manual mode.  You might wonder why this is a useful thing to have but I was shooting a couple of time recently when it was useful.  Sadly, the first time I didn’t think to use it.  The second I did though.  This is the result of shooting in dark conditions when the light levels are changing quite a bit.

The problem in the first case was that I was shooting in aperture priority mode.  The light was low, so I went to auto ISO to allow it to adjust.  The camera looks to get a shutter speed that is related to the focal length of the lens you are using.  I was shooting a landing aircraft and, when I was out at the full length of the zoom, it kept shutter reasonably high.  However, as the plane got closer and I zoomed out, the camera dropped the shutter speed down which meant the panning resulted in a lower keeper rate.  I should have foreseen this and I was annoyed with myself.

The next time, I thought through the issue a bit better.  A gray sky meant that I needed to have some positive exposure compensation.  I went to manual mode, set the shutter speed and aperture that I wanted but included the exposure compensation.  Then I set auto ISO.  Now I had the ISO adjusting to get the combination I wanted while including exposure comp.  On my old bodies, this was not possible.  The result was the exposure I wanted with ISO adjusting throughout the sequence.  When conditions are not great and changing quickly, this is an approach I can highly recommend. 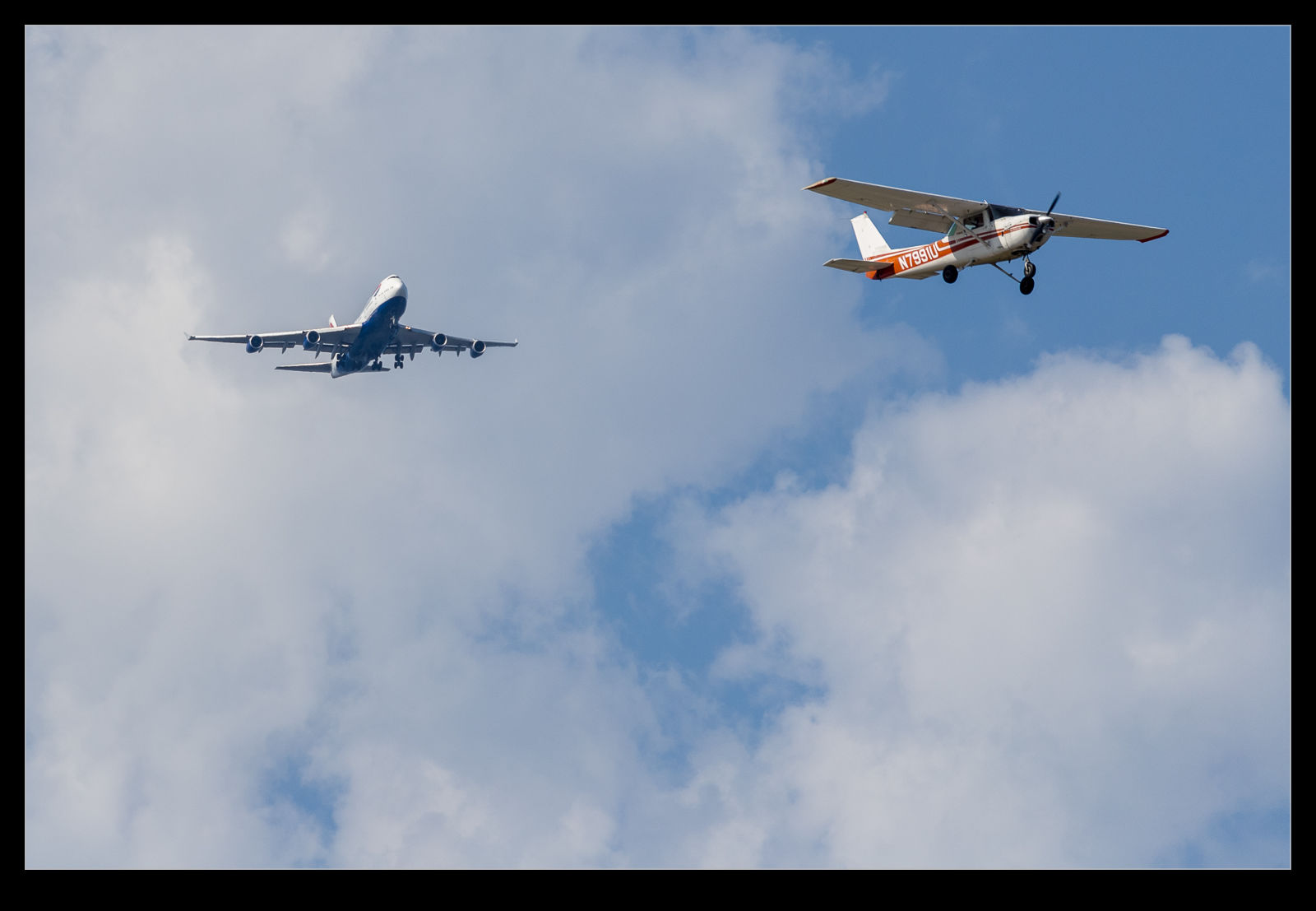 The path of jets into SeaTac from the north takes them right over Boeing Field.  Sometimes, when you are watching something on one path, something going into the other field gets in your field of view.  Either that or a British Airways Boeing 747-400 decided to sneak up on a Cessna.  Knowing some guys who fly for them, I wouldn’t rule it out.