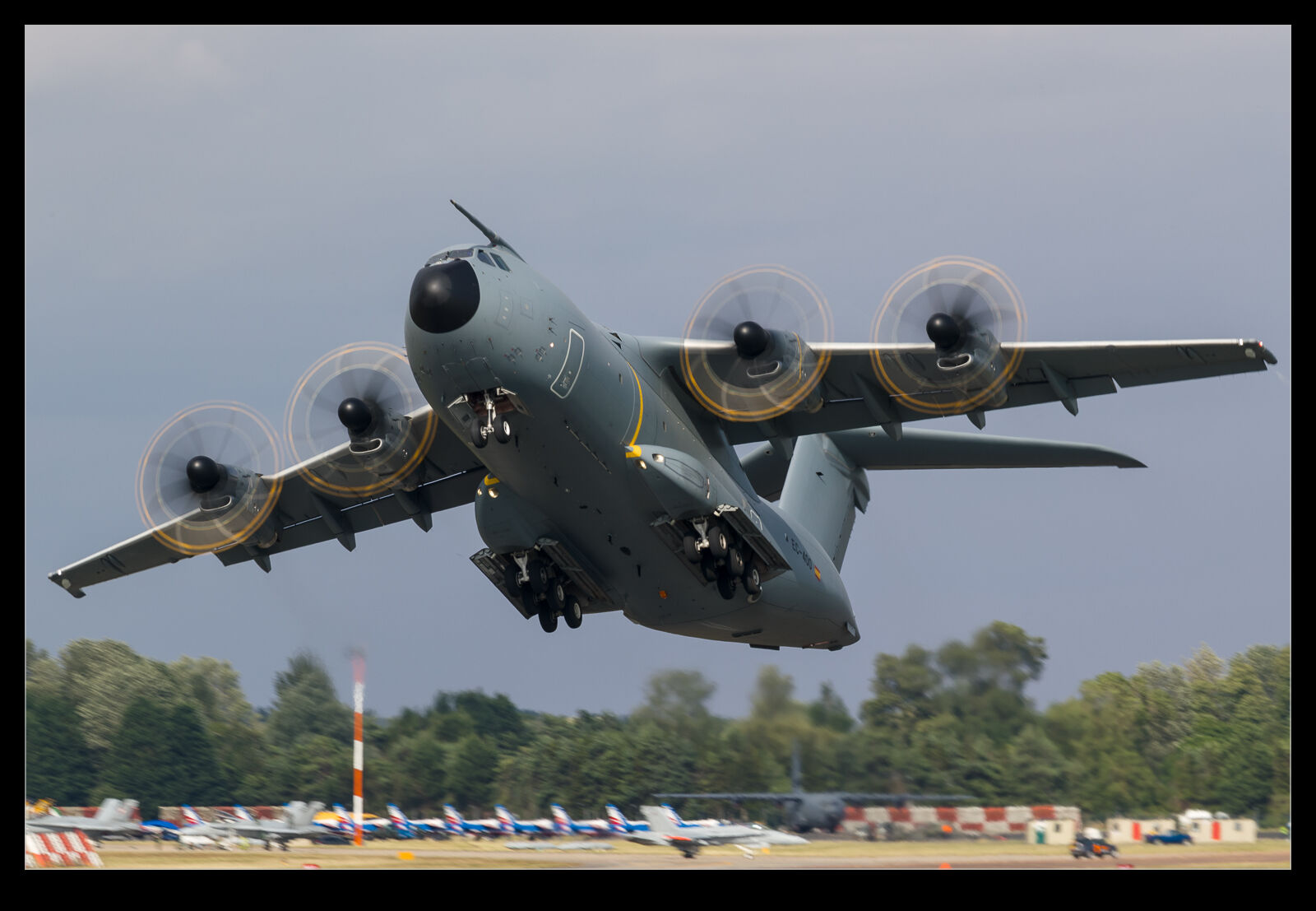 As I was skipping through some images, I saw a few extra shots of the A400M at RIAT.  I figured that I hadn’t seen many examples of the transport in service – just the test aircraft performing in displays.  However, I have seen both Luftwaffe and Armee de l’Air planes at times so thought I would share a few shots of them plus some test planes for good measure. 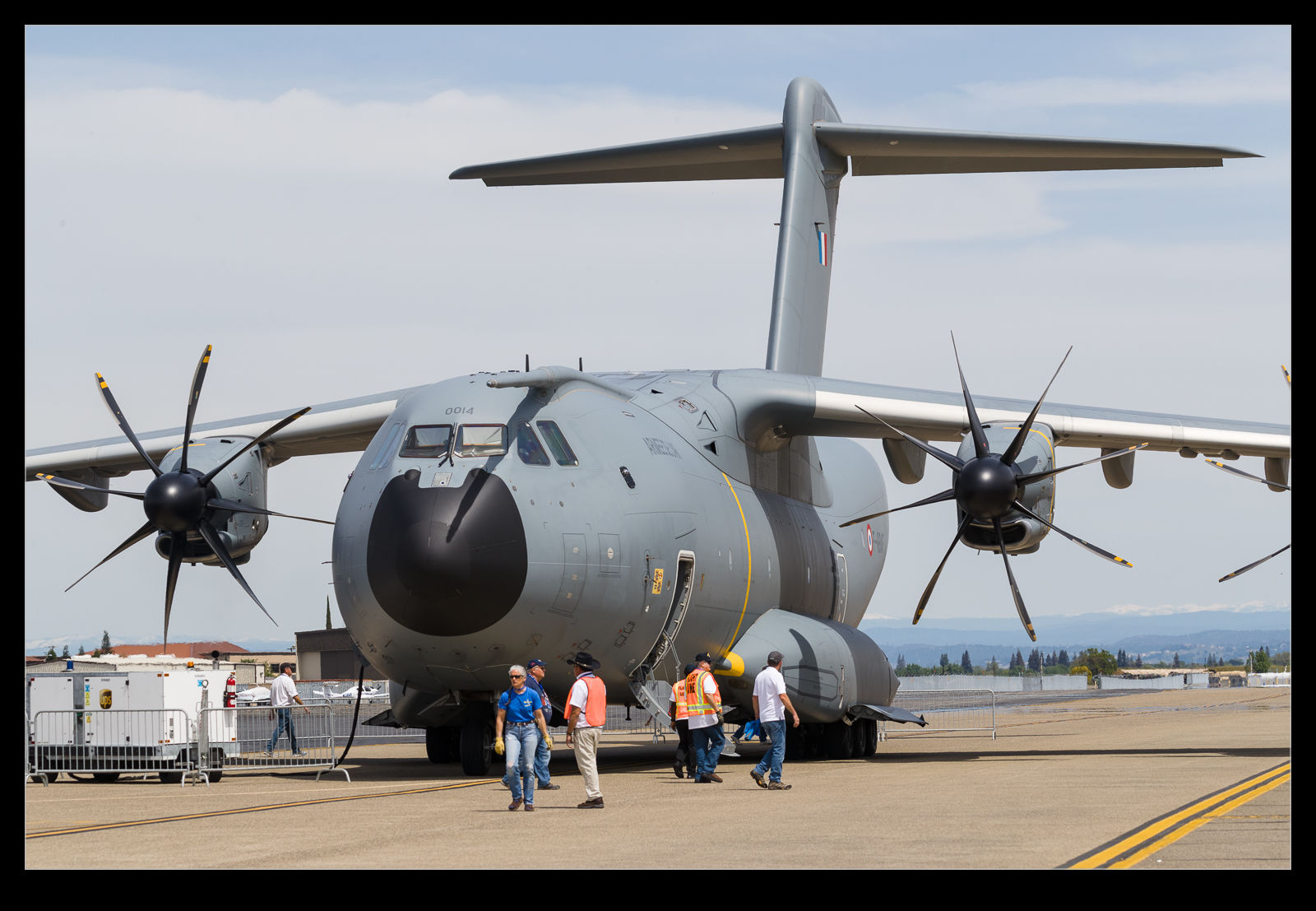 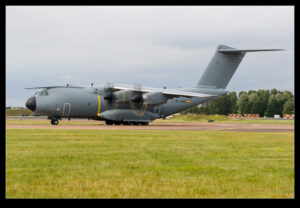 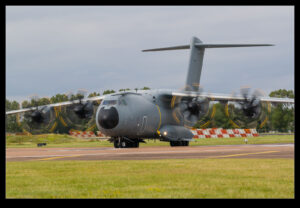 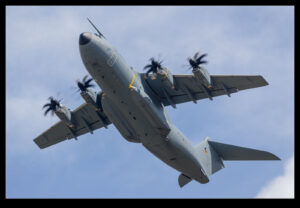 A Luftwaffe Airbus A400M Atlas climbs out of RAF Fairford in the United Kingdom. 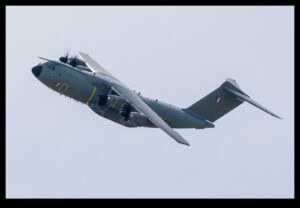 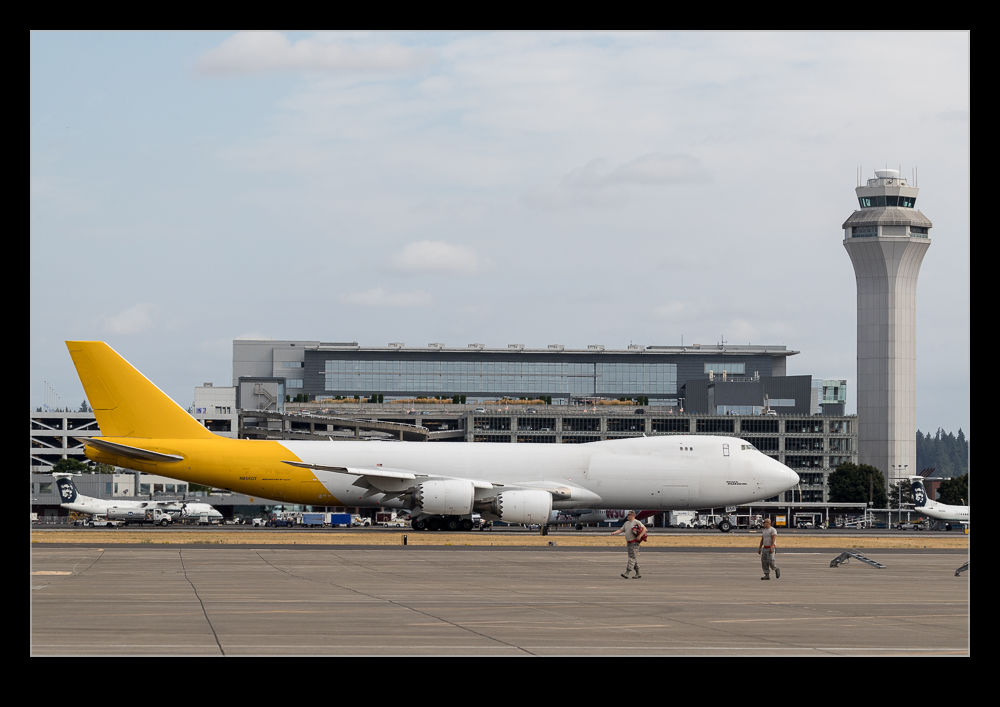 A 747-8 freighter came in to Portland while I was at the ANG base.  I could see it on FlightRadar24 before it landed, and it was listed with a Cathay Pacific flight number.  I was pleased to get a Cathay jet but, when it landed, it wasn’t in Cathay Colors.  Instead, it was in Polar Air Cargo colors.  I figured it was a subcontract operation by Polar.  However, when it taxied closer, on the side of the fuselage was the notice that it was operated by Atlas.  Atlas and Polar are related so I guess this shouldn’t be such a surprise.  Finding who actually operates any jet can be a bit of an exercise these days. 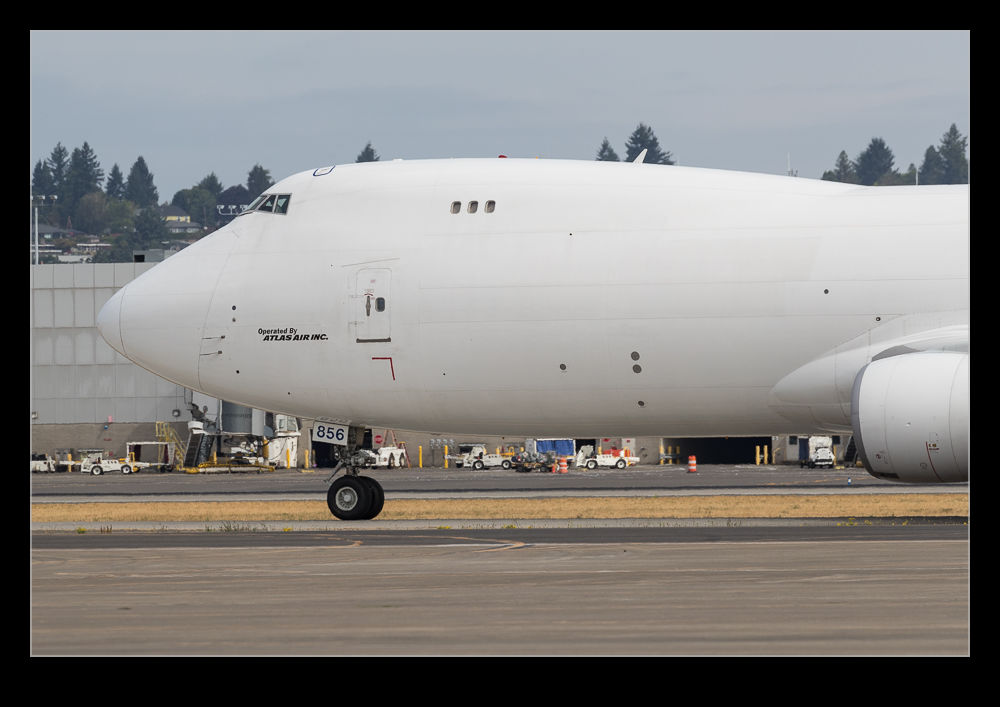 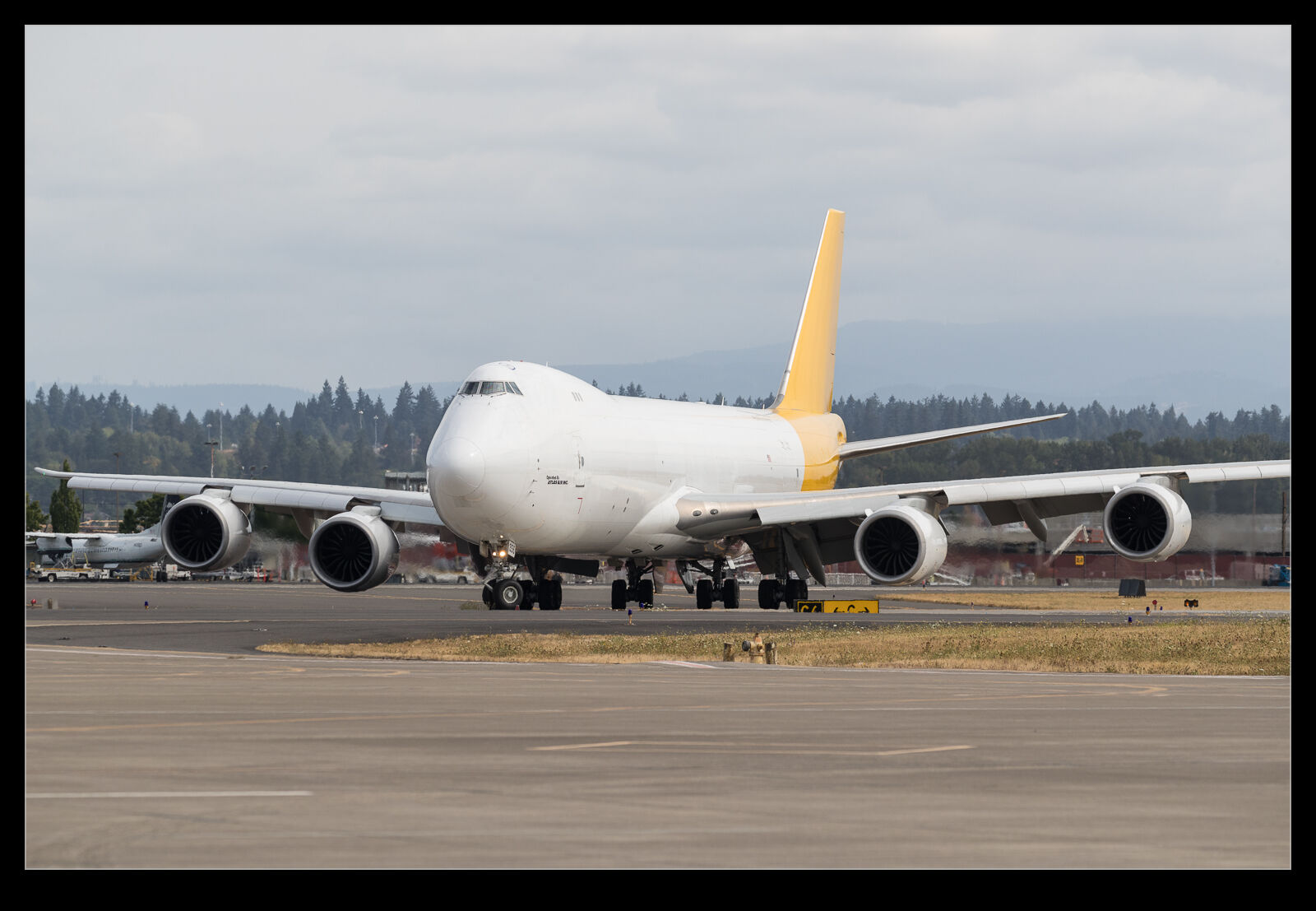 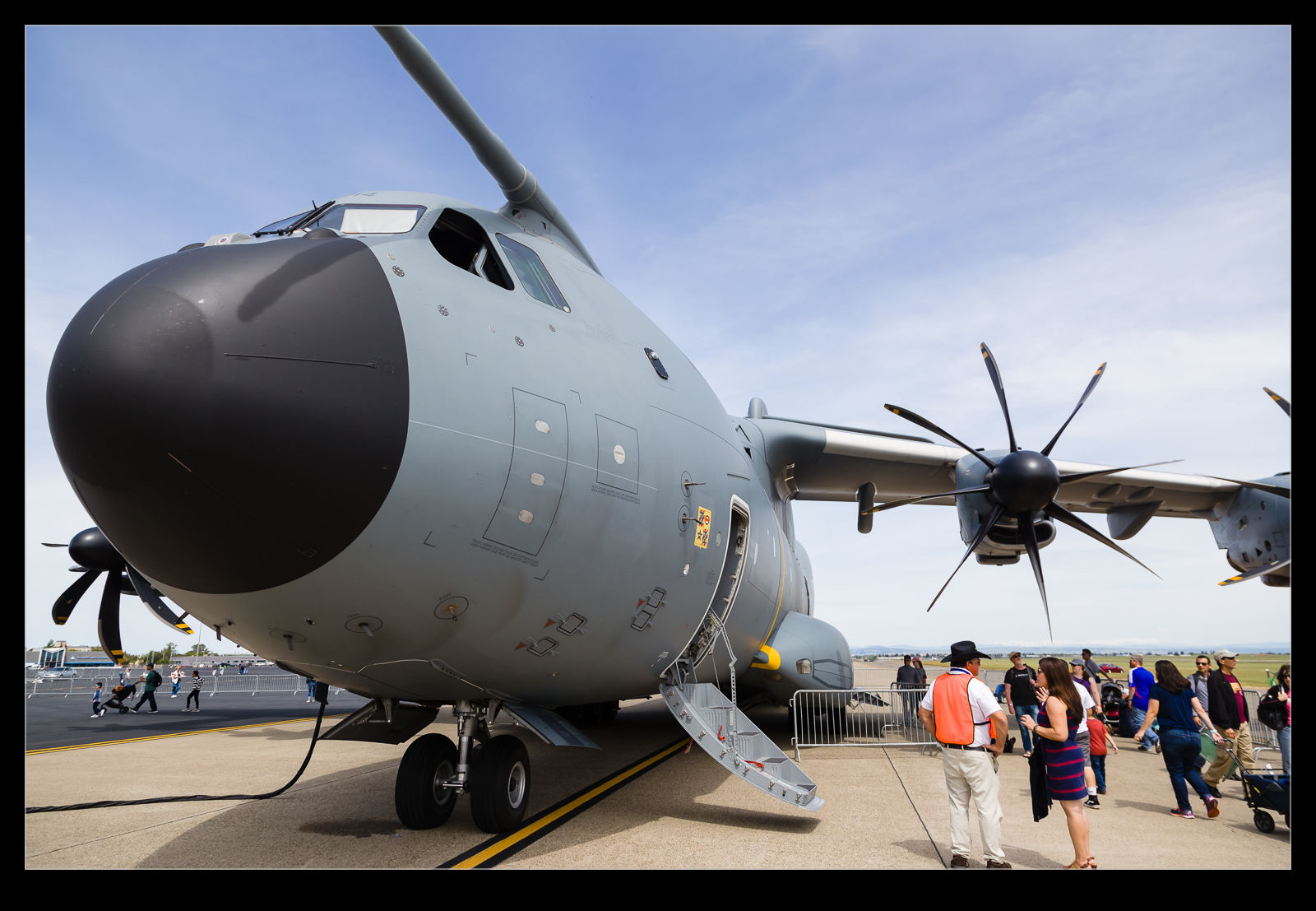 The A400M Atlas is now in service with a number of air forces.  My encounters with them, though, have only involved the development airframes displayed by Airbus.  That changed in Sacramento when The Patrouille de France arrived as part of their North American tour.  They brought an A400M as he support plane.  I was rather disappointed that it arrived late in the evening, after I had gone home and disappeared early the following morning to recover some delayed jets. 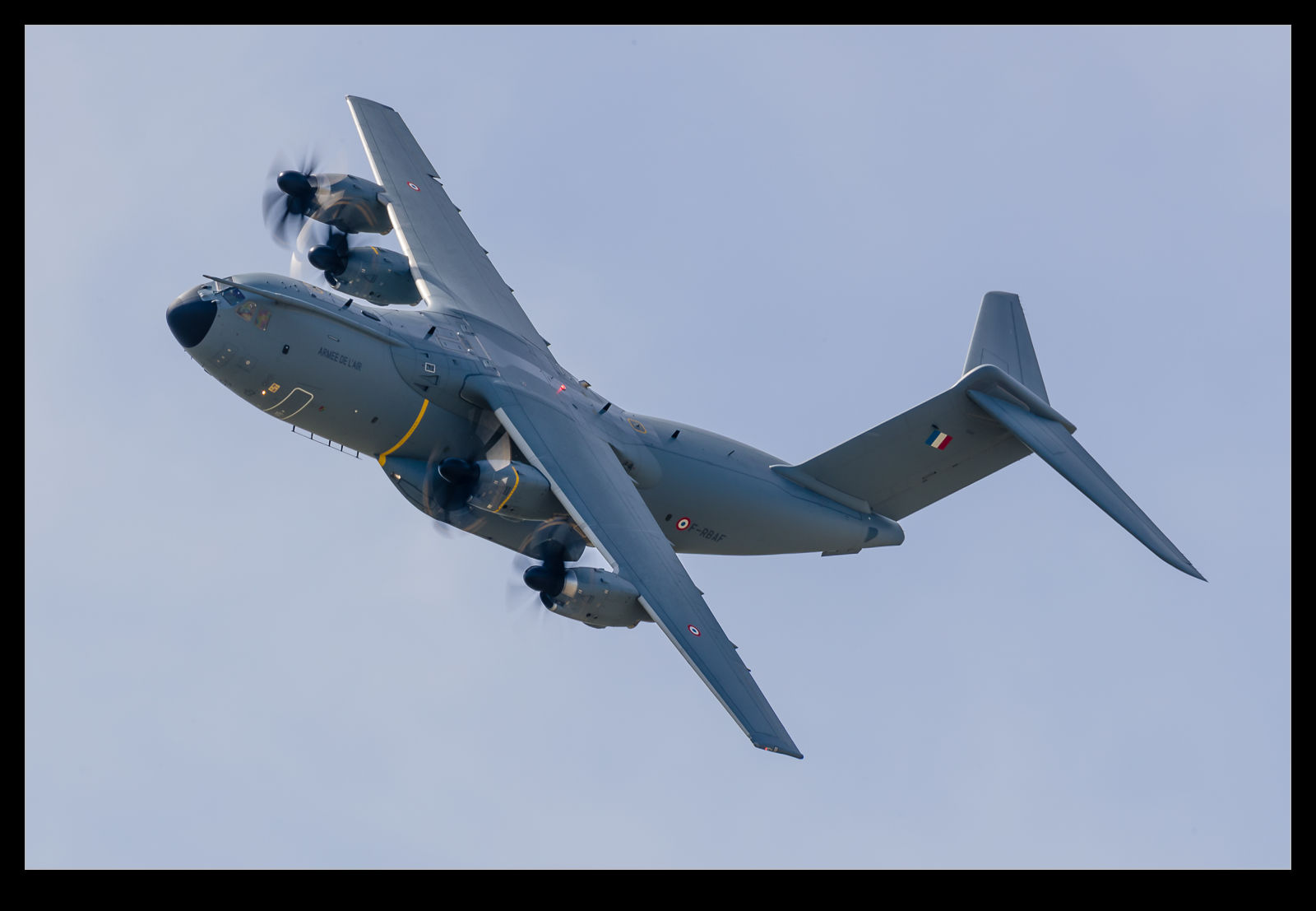 It was back for the day of the display though.  It started up at a remote location but then proceeded to give a short flying display.  It then taxied back to the crowd line where it shut down and was opened up for visitors.  The people were lined up to get inside it for ages.  The plane still looked pretty clean so I guess it had not been in service too long.  I was glad to get a close up look around the outside as well as to see the crowds inside and the flying display itself.  Not a dramatic performance like the test crews have put on but still good to see. 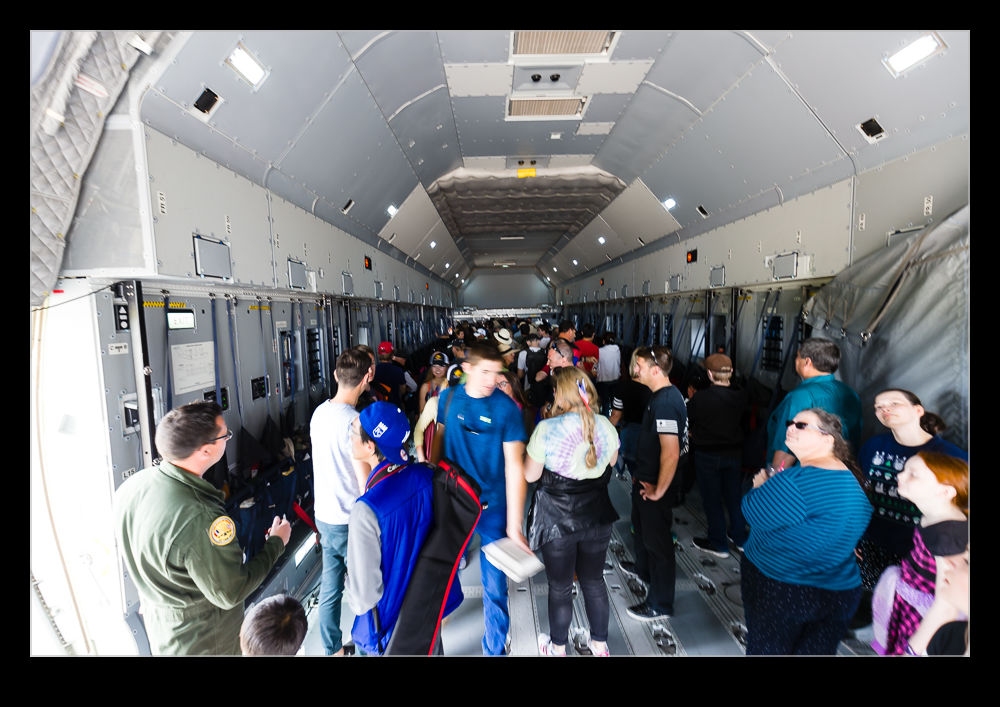 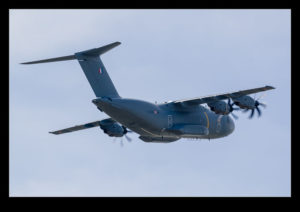 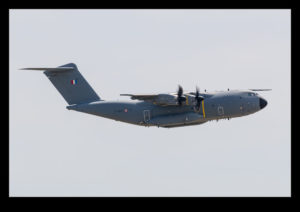