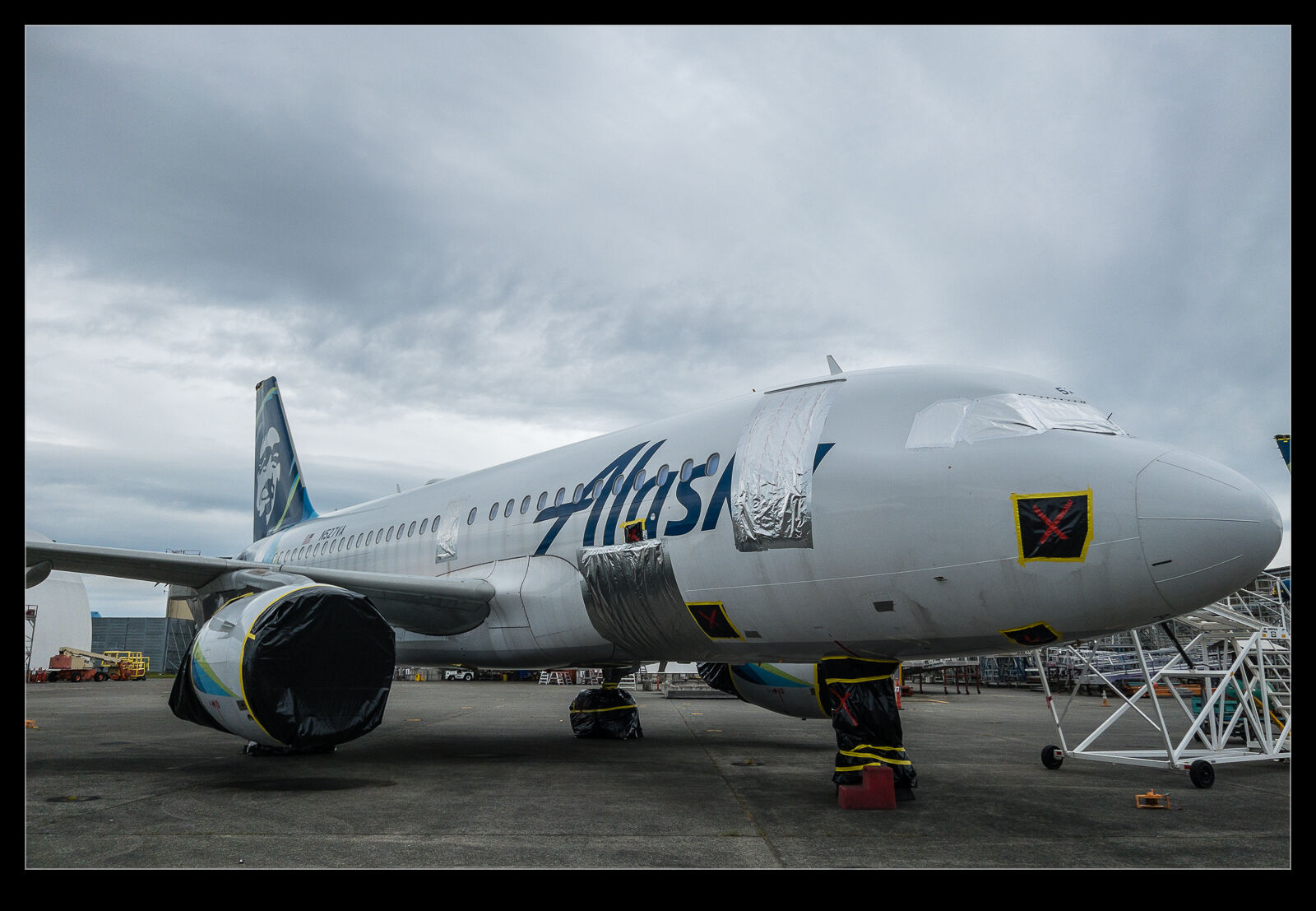 Alaska Airlines likes to advertise that it is “Proudly All Boeing”.  It isn’t of course.  The Q400s and E175s are definitely not Boeing jets.  When they bought Virgin America, they acquired a large fleet of Airbus jets too.  These are not going to be part of the fleet for long, though.  Alaska has made it clear that they are going away.  The A319s are apparently too small so are the first in line for replacement.  Go to Paine Field and you will come across a bunch of Alaska painted A319s bagged up and awaiting their future.  A319s are generally smaller than airlines want these days – it is not that long ago that the A319 was more popular than the A320 but that is no longer the case.  I wonder where these will go next. 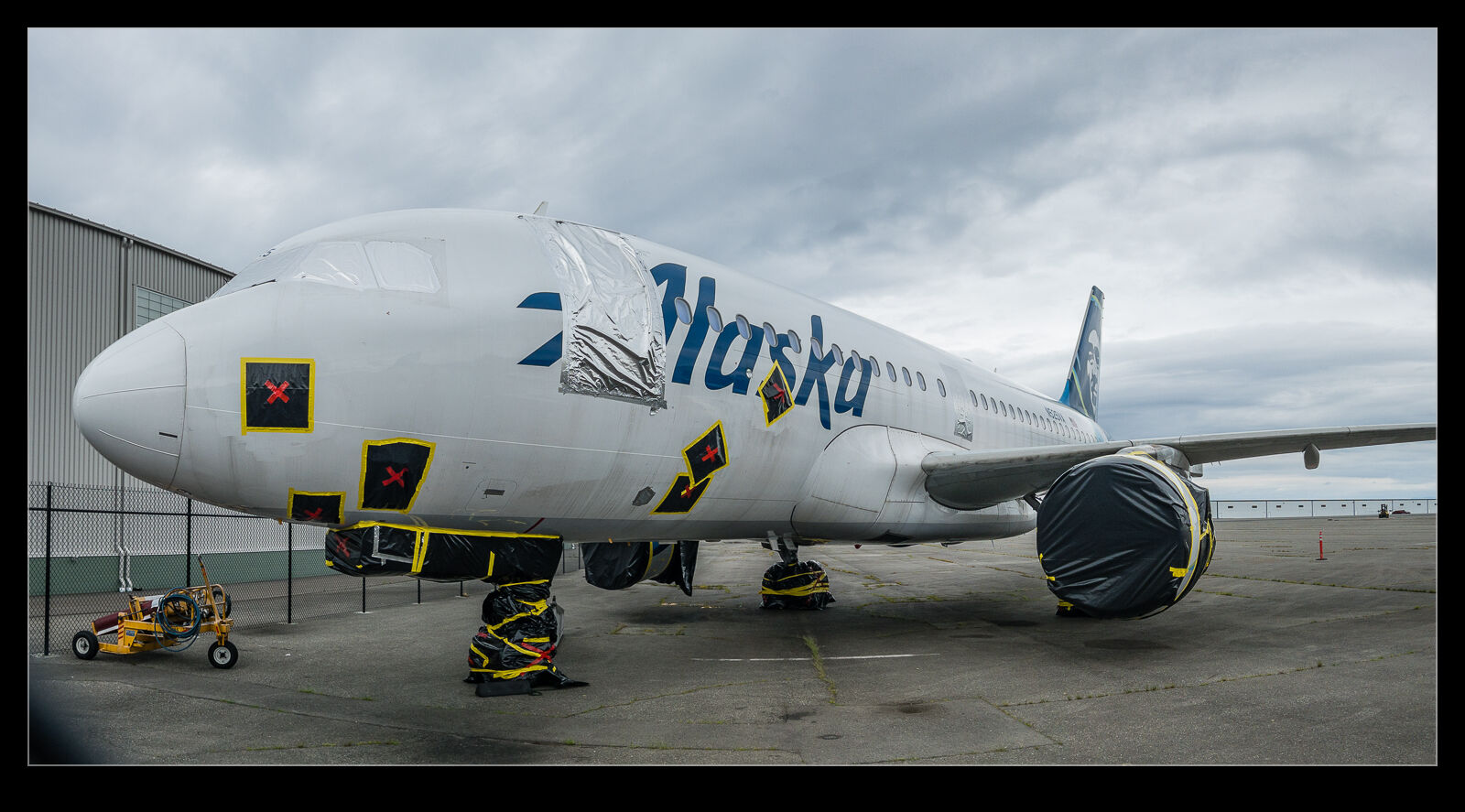 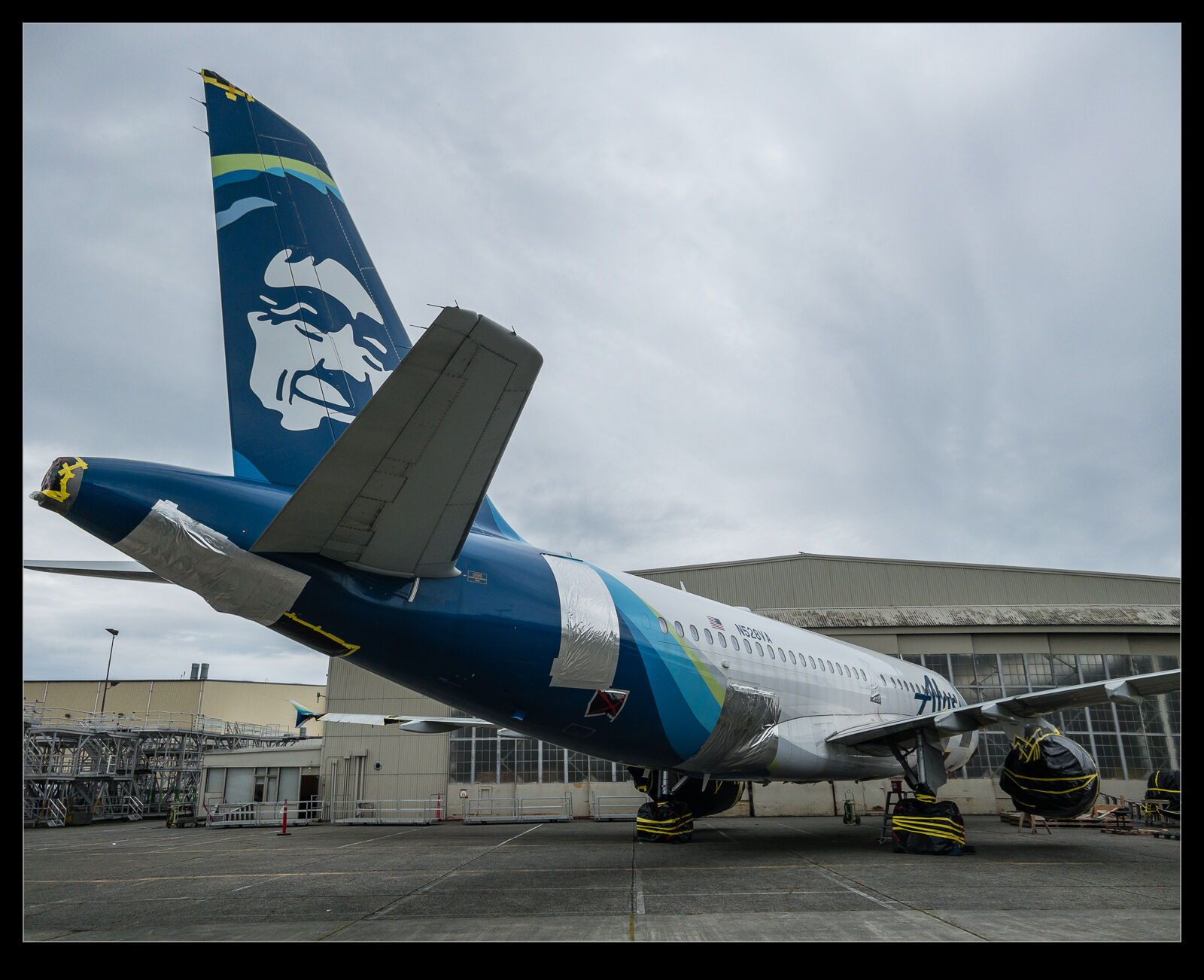 Making a cross country flight from Wisconsin to Washington is a long enough trip but it is even longer if you are in something that isn’t too speedy.  A DC-3 is not something that is going to cover the ground that fast.  It will be a bit quicker if it has been re-engined with a turboprop but, even then, it is going to be a long trip.  I think it was the best part of eight hours to make the journey and then overnight at Seattle before continuing on to Alaska the next day. 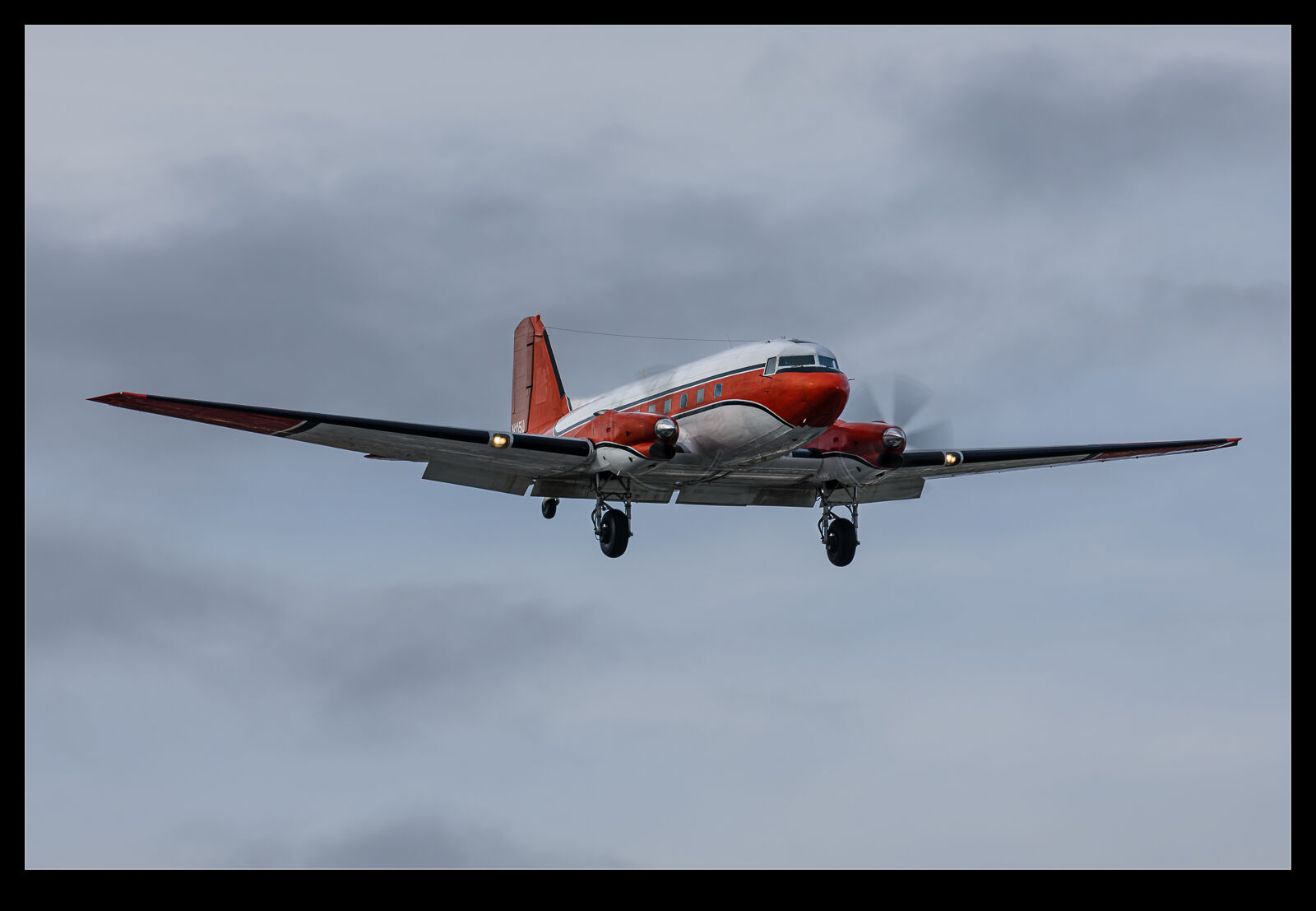 The arrival of the BT-67 certainly got the attention of a few local photographers.  Sadly, things got a bit cloudy just as it arrived so the conditions were not ideal.  It was still cool to get a shot, of course.  Fortunately, they had parked near the Museum of Flight so I was able to get a few shots of them parked up.  The crew were just closing up so the gate to the ramp was open for them and a kind security guard allowed me to shoot past him without having to deal with the fence. 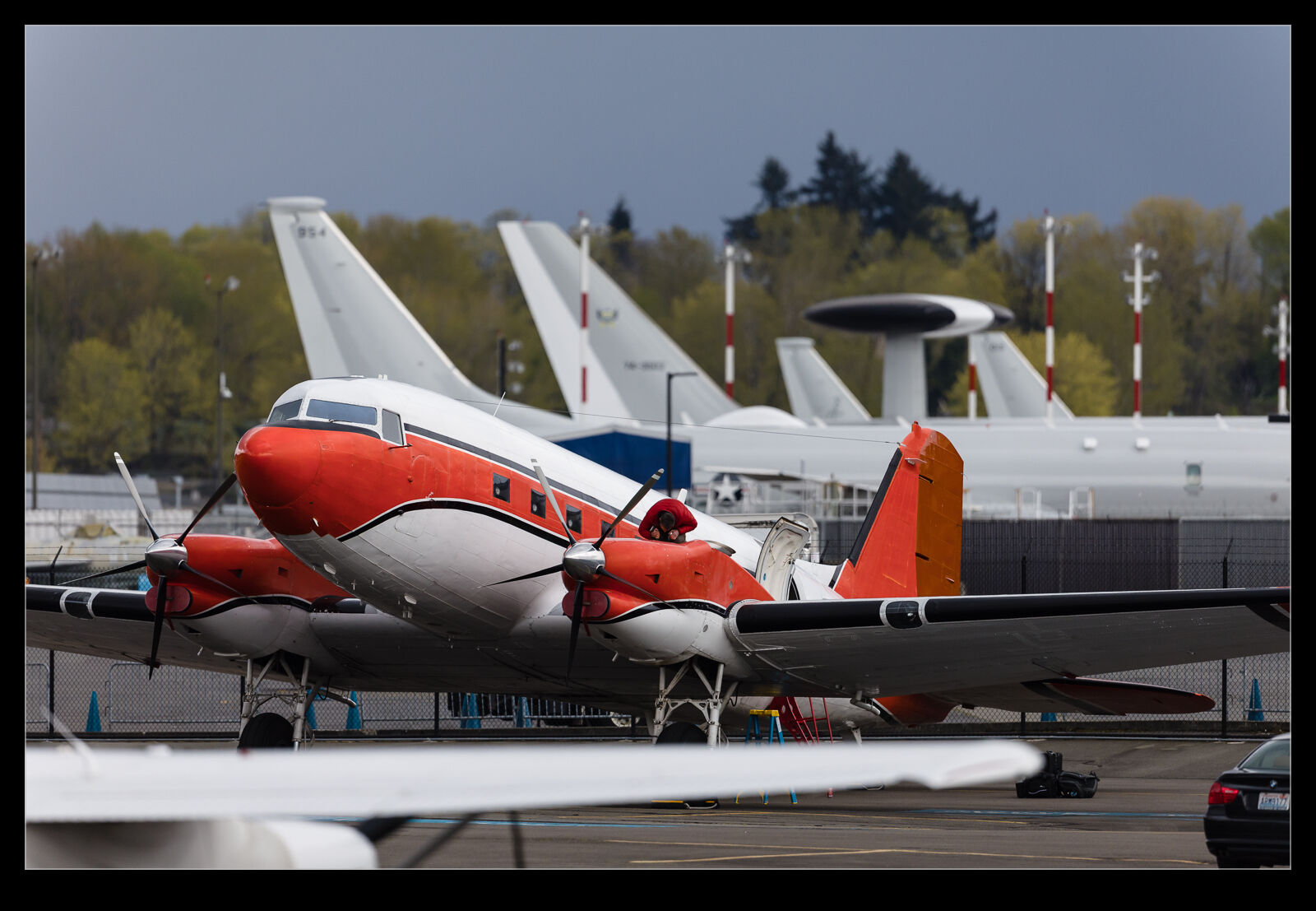 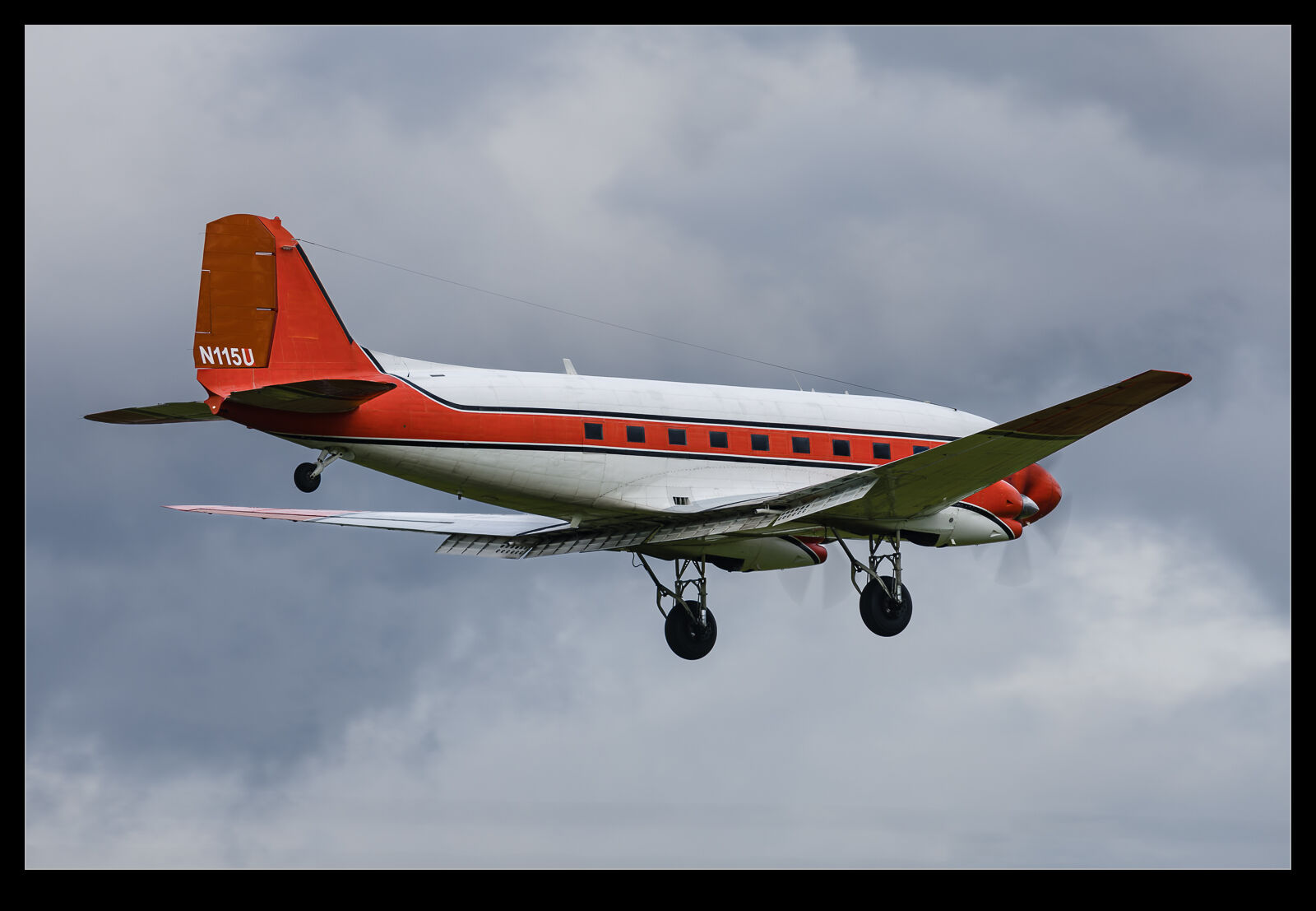 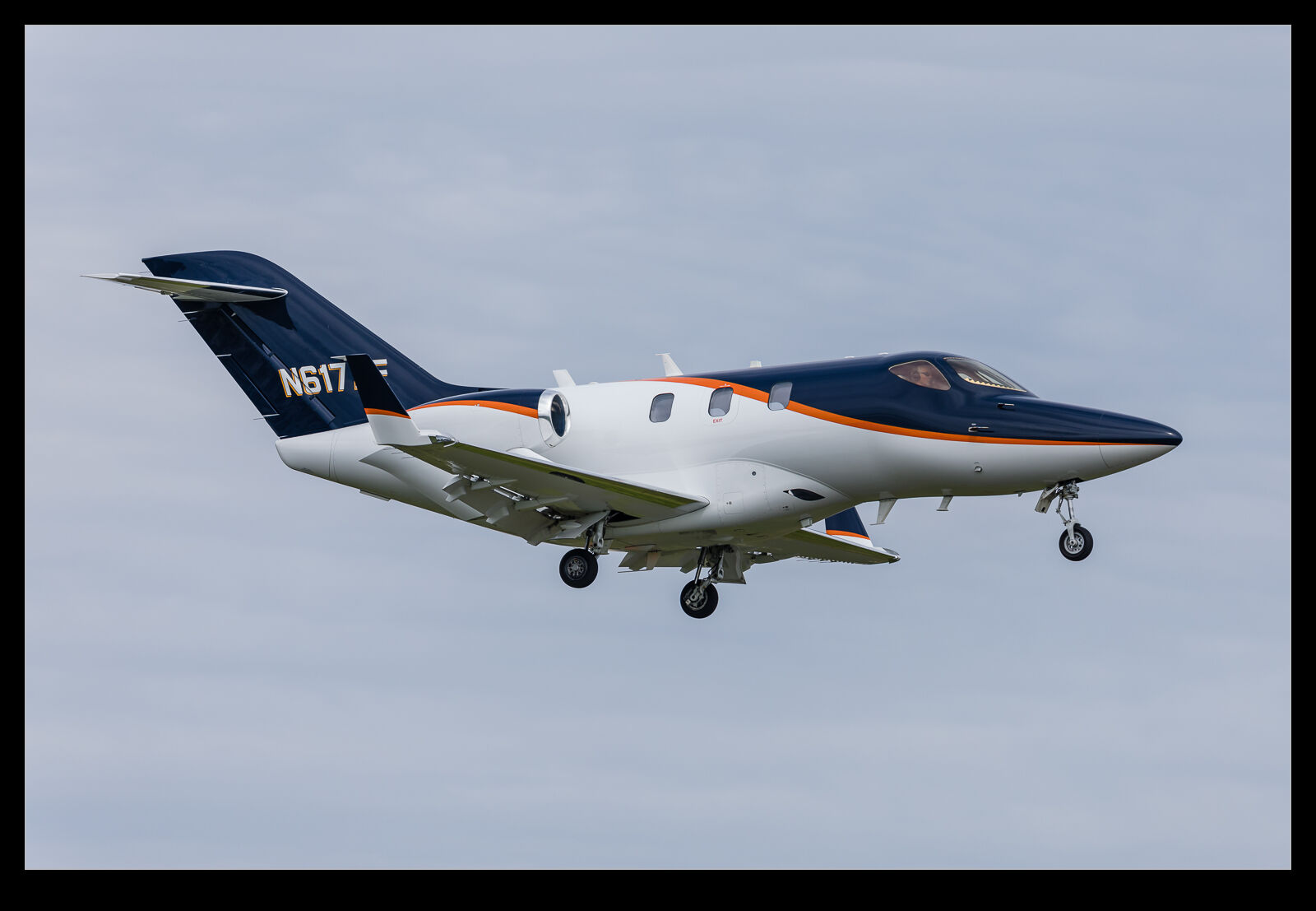 When I find out that a HondaJet is in the area, I do try to get a shot of it.  It is such an unusual design, I am hoping to get a good shot of one.  Sadly, two things seem to be conspiring against me.  First, they all seem to have a variation on the same paint scheme.  No doubt you can paint it how you like but they almost all seem to look similar.  The second thing is that I always seem to get them in cloudy conditions.  This doesn’t stop me trying though.  I have even got one in a better livery but not with good light.  However, these are the recent examples I have seen.  Maybe I will get a shot of one that I am happy with at some point. 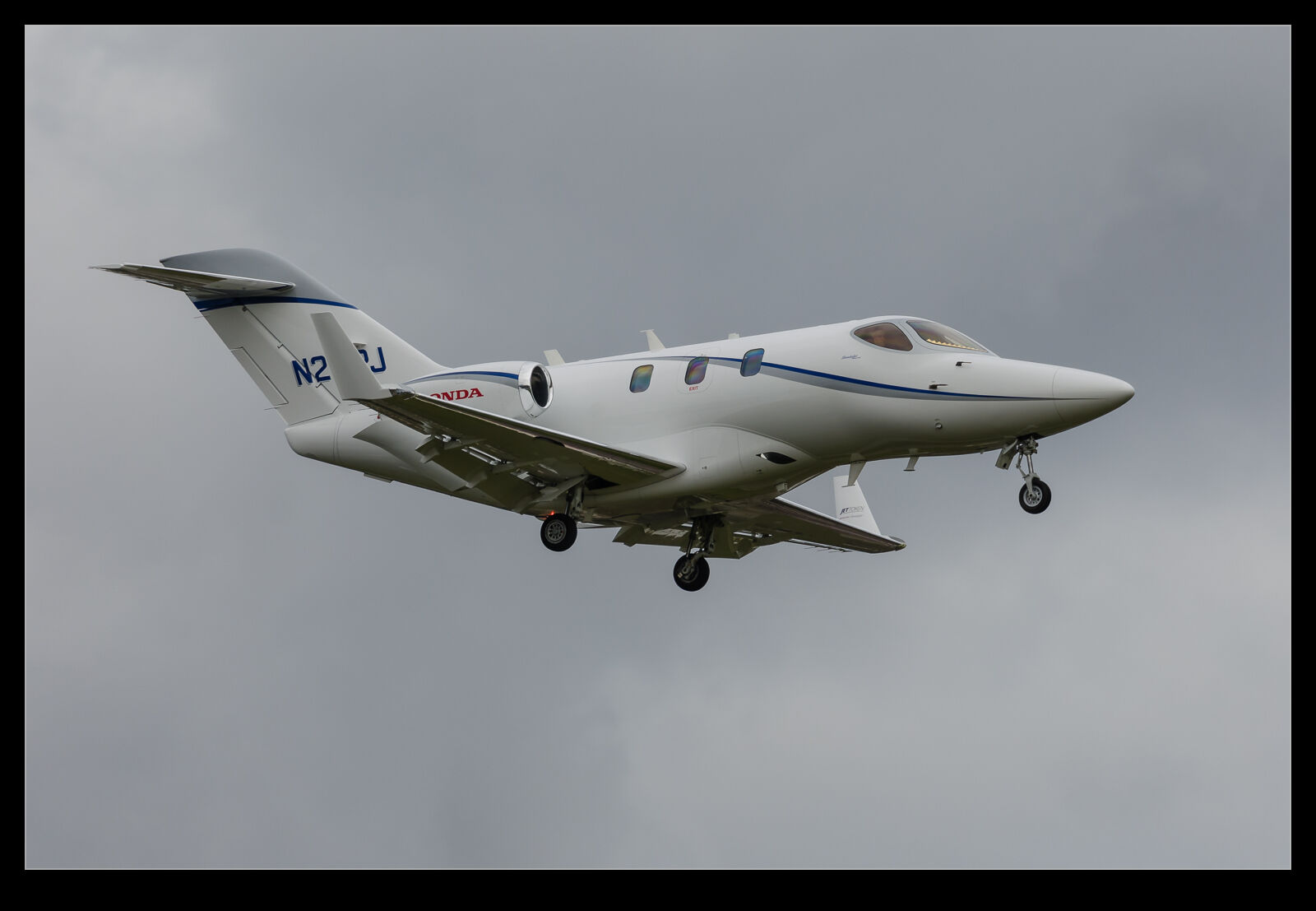 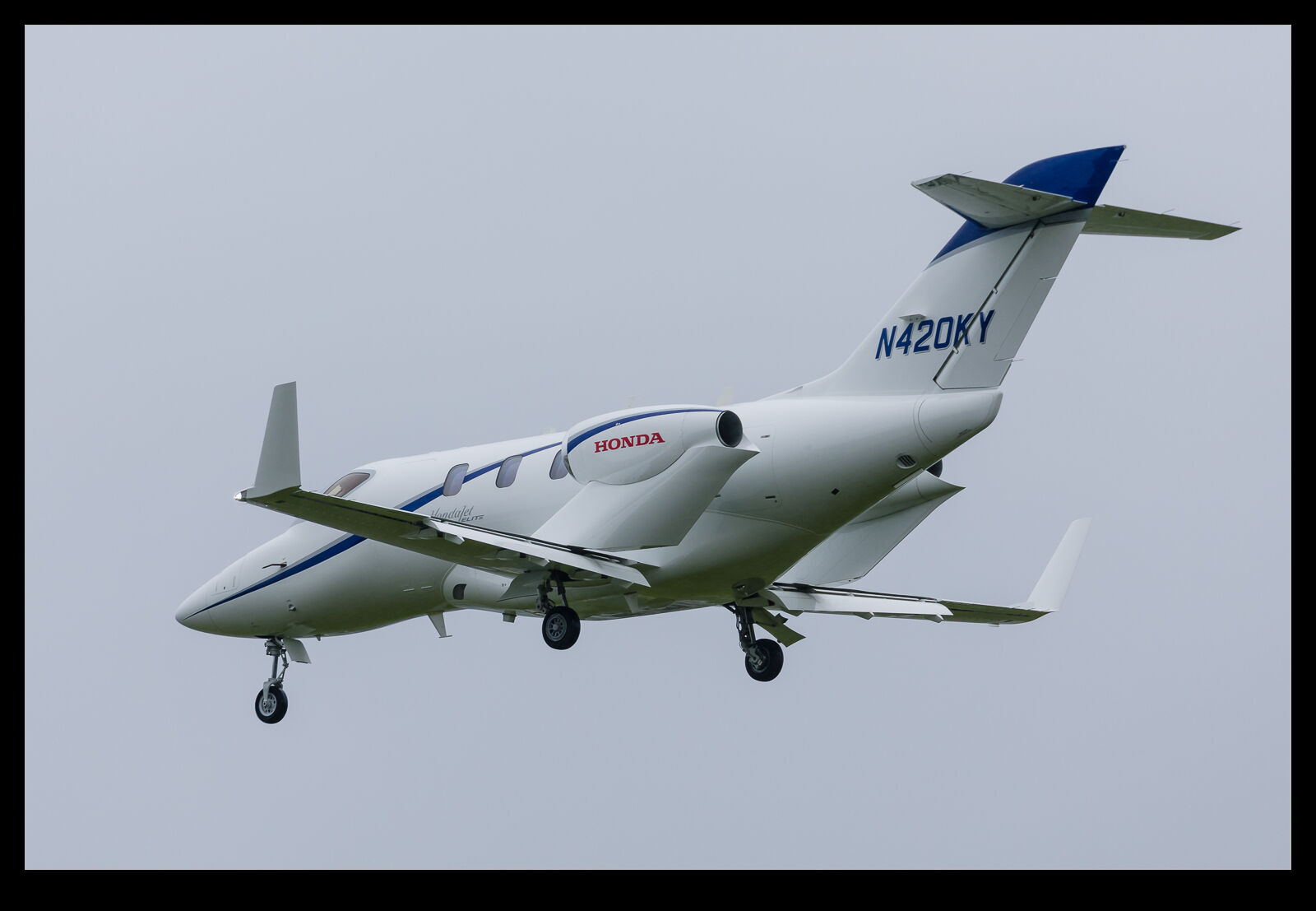 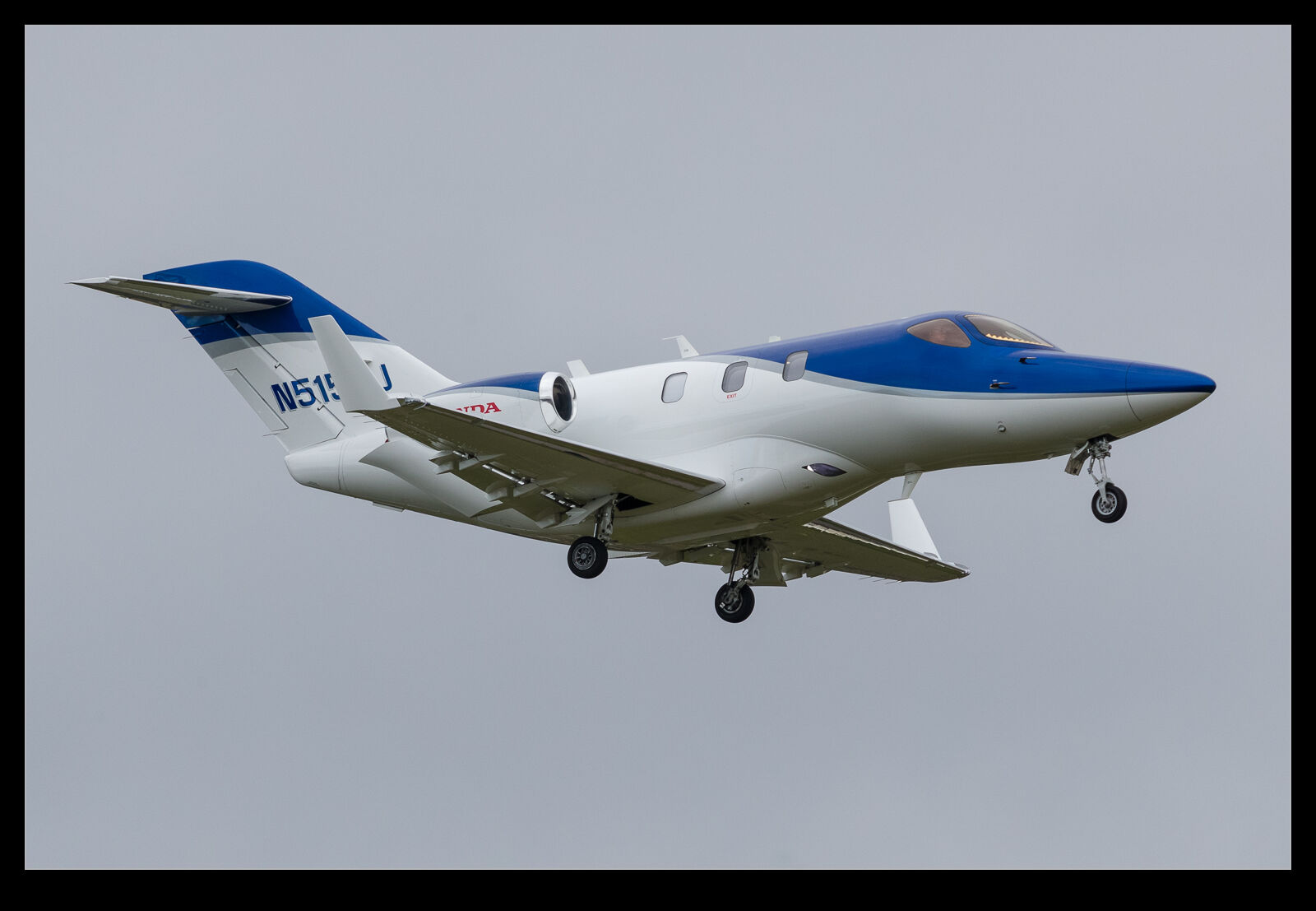 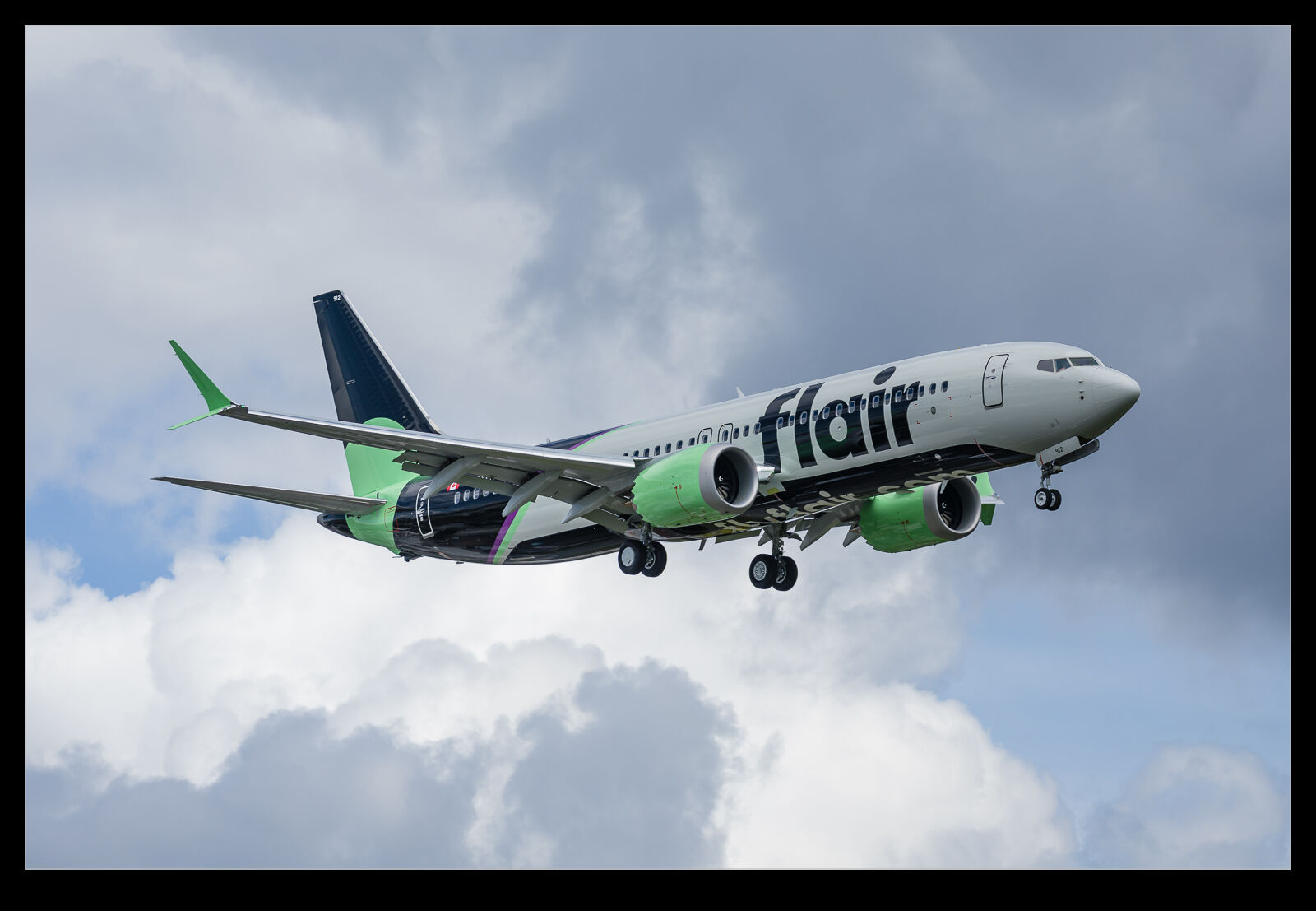 Canada has had a surge in low cost airlines.  One of them is Flair.  They too delivery of a few new jets but I never happened to be around when any of them was on test so, I never got a shot of their pretty bright colors.  Another delivery was due recently and I happened to be at BFI when the jet was being ferried in from another location – presumably where it had been painted.  Not the greatest light I’m afraid but still enough to be worthwhile and the colors are a bit more interesting that the usual.  I’ve no idea how their operations are going but, with so many new players in the market, they will have their work cut out for them. 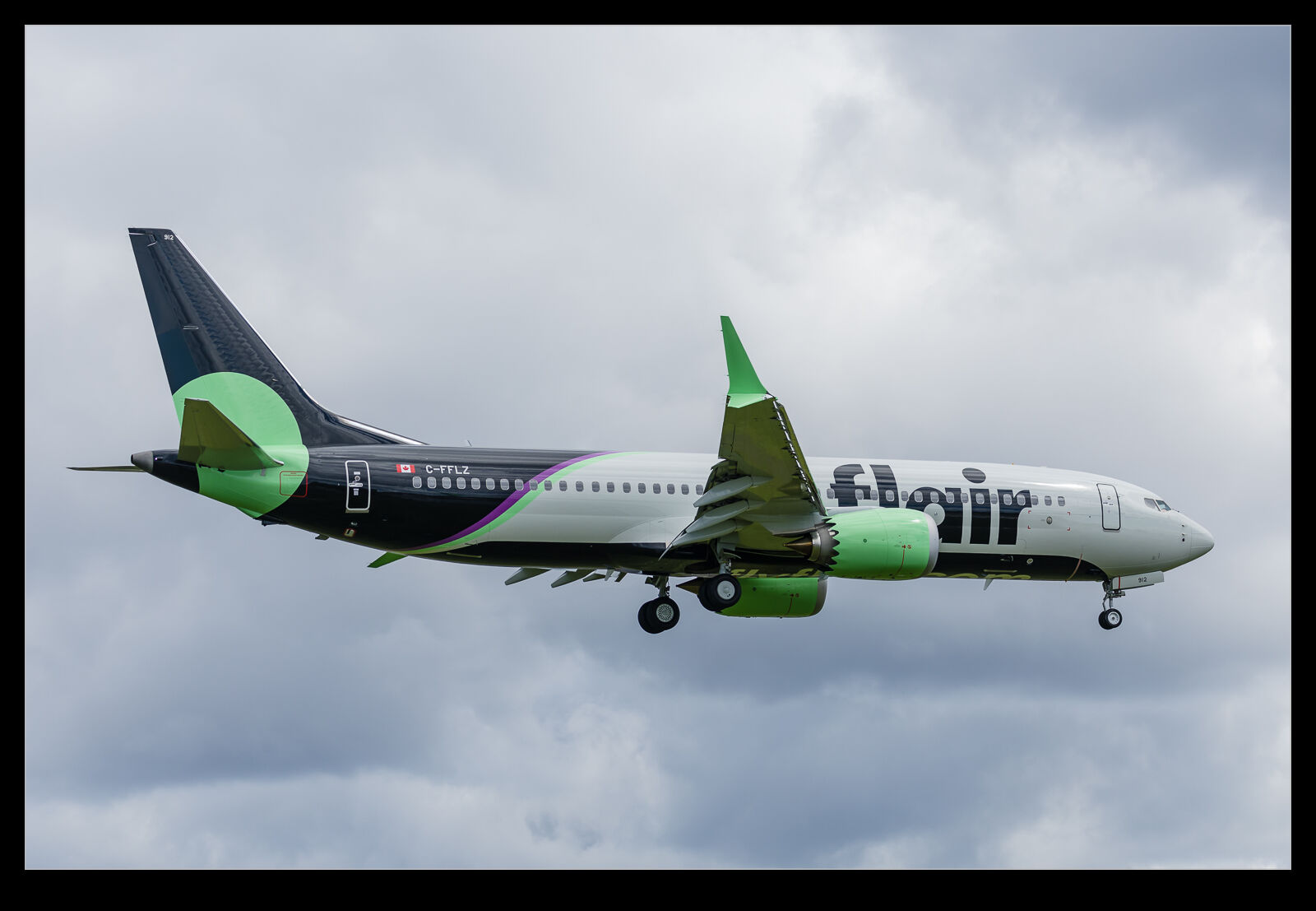 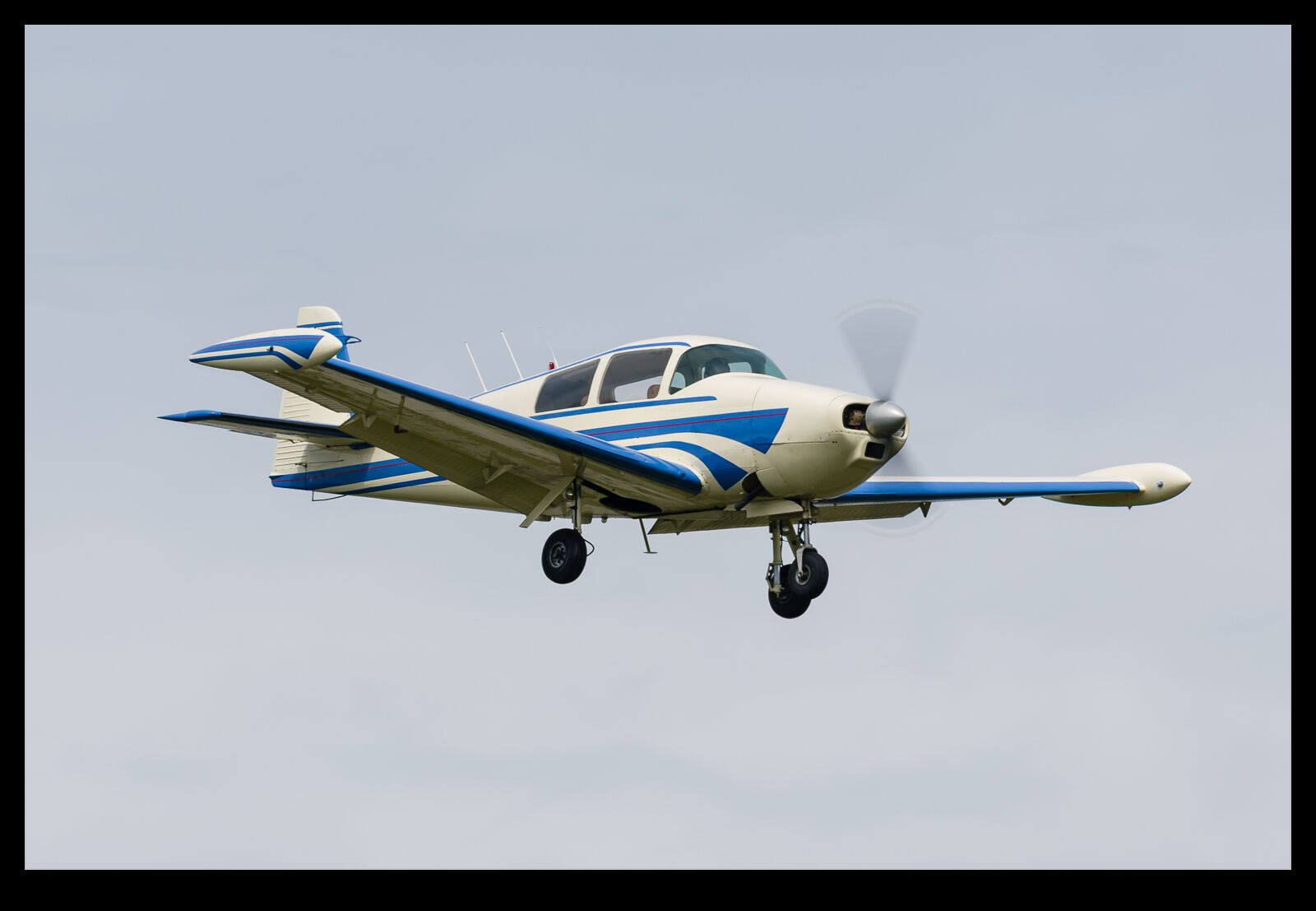 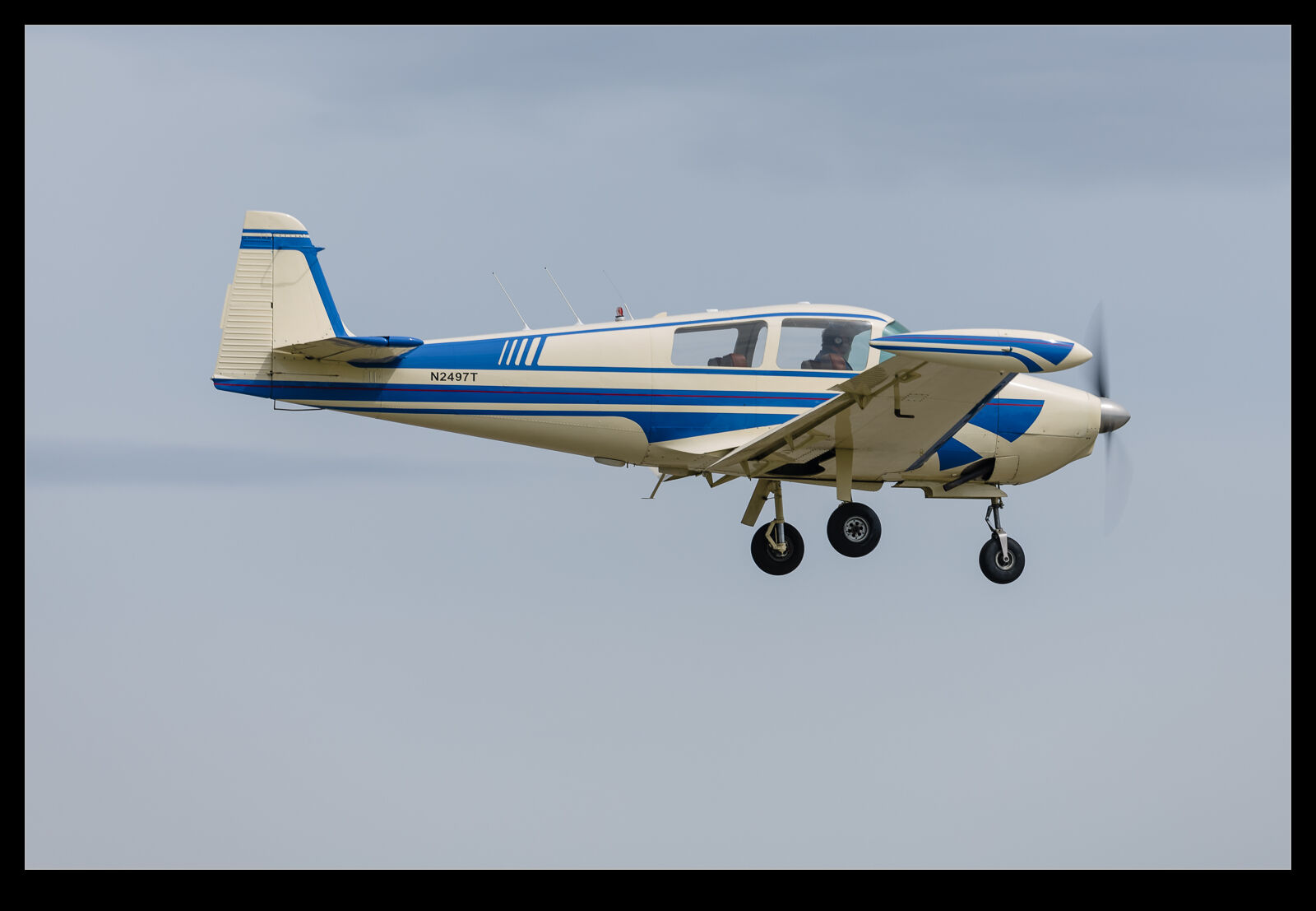 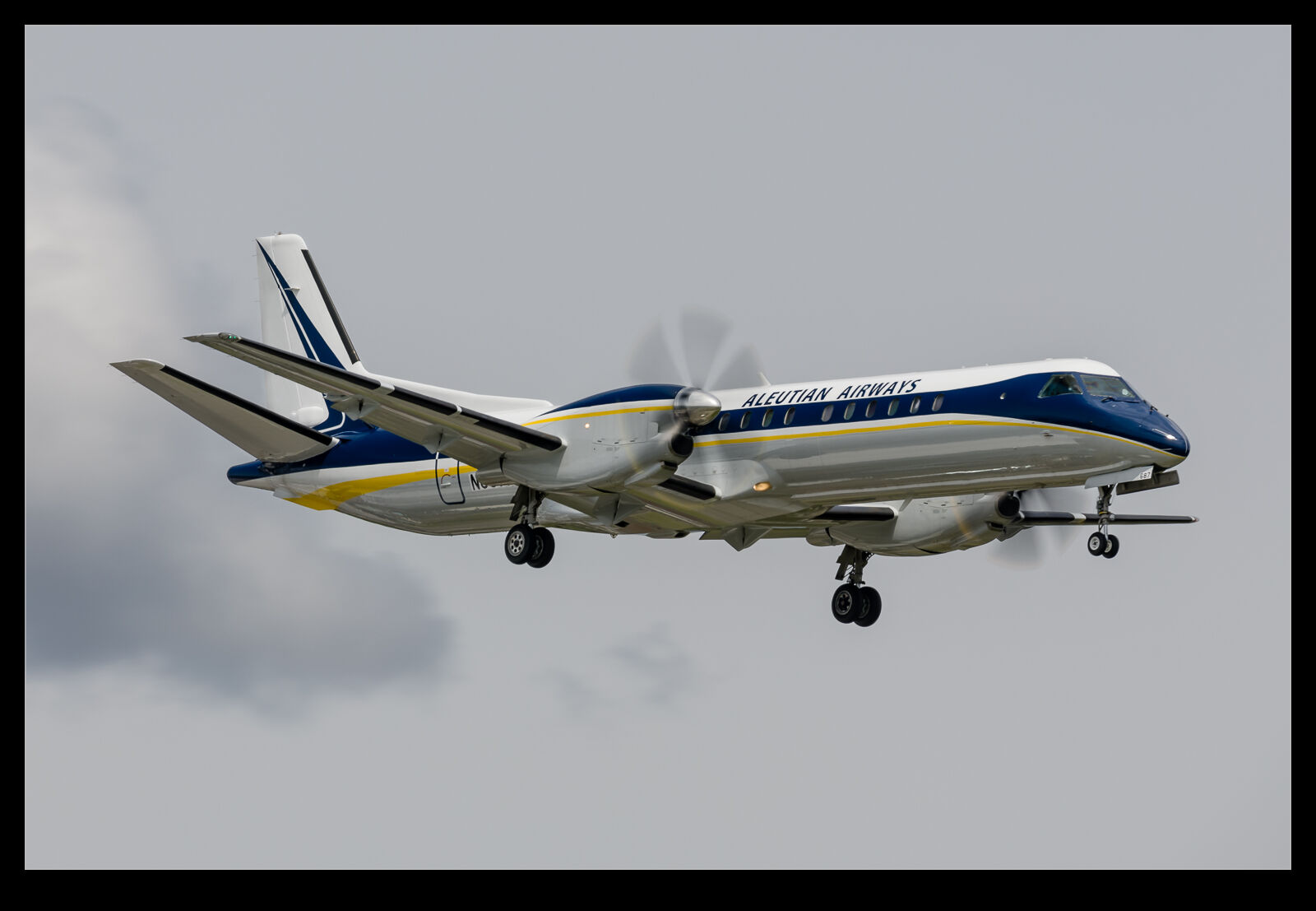 A SAAB 2000 in passenger configuration was transiting through Seattle.  It was registered to PenAir in Alaska and had apparently been repainted since it was now showing up in the colors of Aleutian Airways.  I had not heard of Aleutian Airways but it isn’t hard to work out where it serves.  The plane arrived with a PenAir registration still showing but it looked like it was applied temporarily so, presumably, it is going to have a new registration before too long. 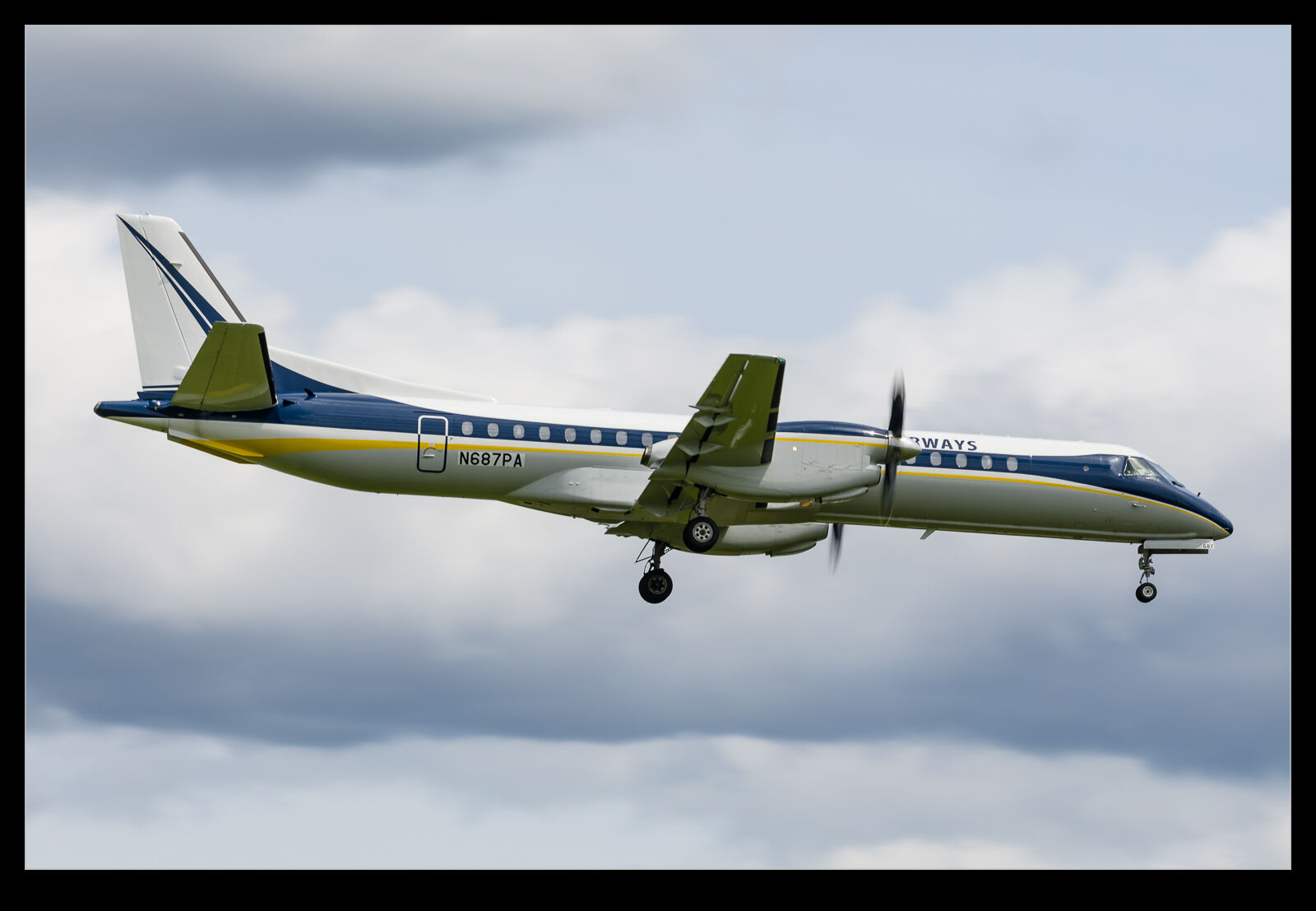 They didn’t spend too long on the ground before departing for Alaska.  They were heavy for the longer flight but still off the ground quite quickly compared to the full length of BFI’s runway.  Then they looped off around the south end of the area before climbing overhead and en route to their next stop.  The livery is a bit retro but I did like the look of it. 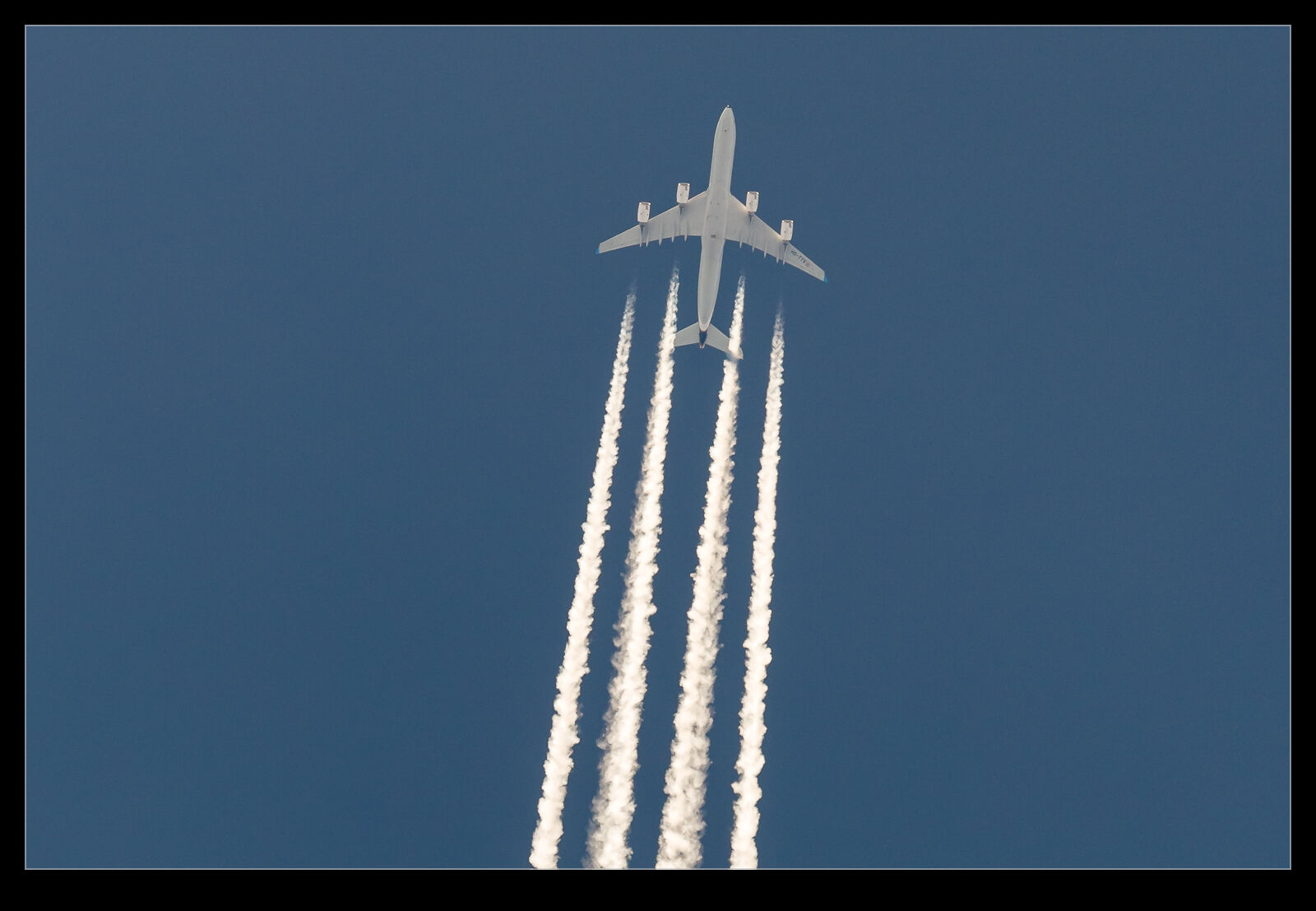 My buddy, Mark, sent me a message about a plane that he had spotted coming inbound from the Pacific which he had hoped would stop in Vancouver.  It was a Royal Thai Air Force Airbus A340-500.  Instead it was coming further south but it was still at cruising altitude so there was no way it was coming my way either.  However, it did end up flying directly overhead, albeit at 34,000’. It was a lovely clear day and the four contrails from the jet showed up nicely as they ran back and then rolled up together.  I grabbed the camera from the trunk and got a few shots as it passed overhead.  It was heading for DC so we didn’t have a chance that day or for the return journey. 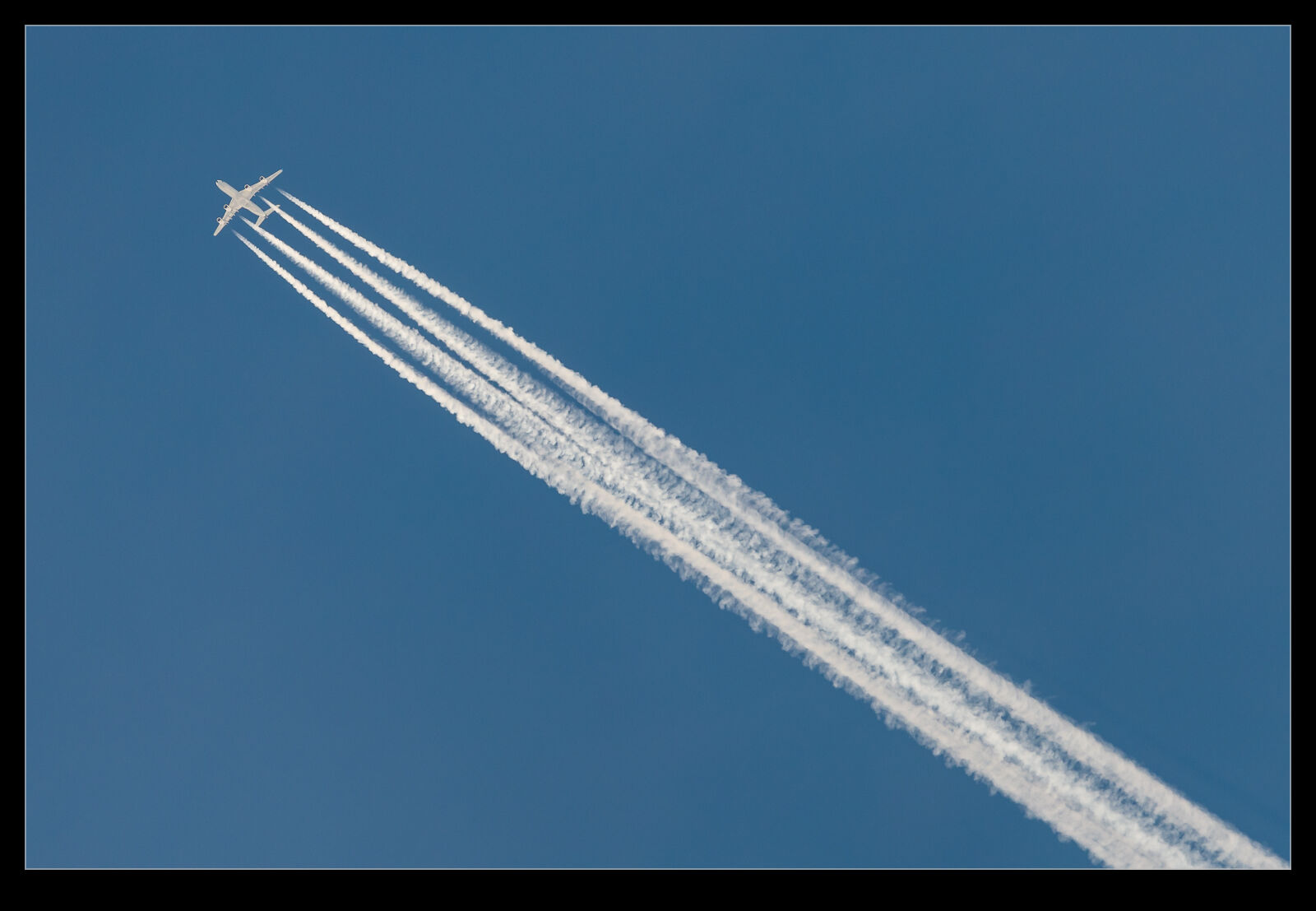 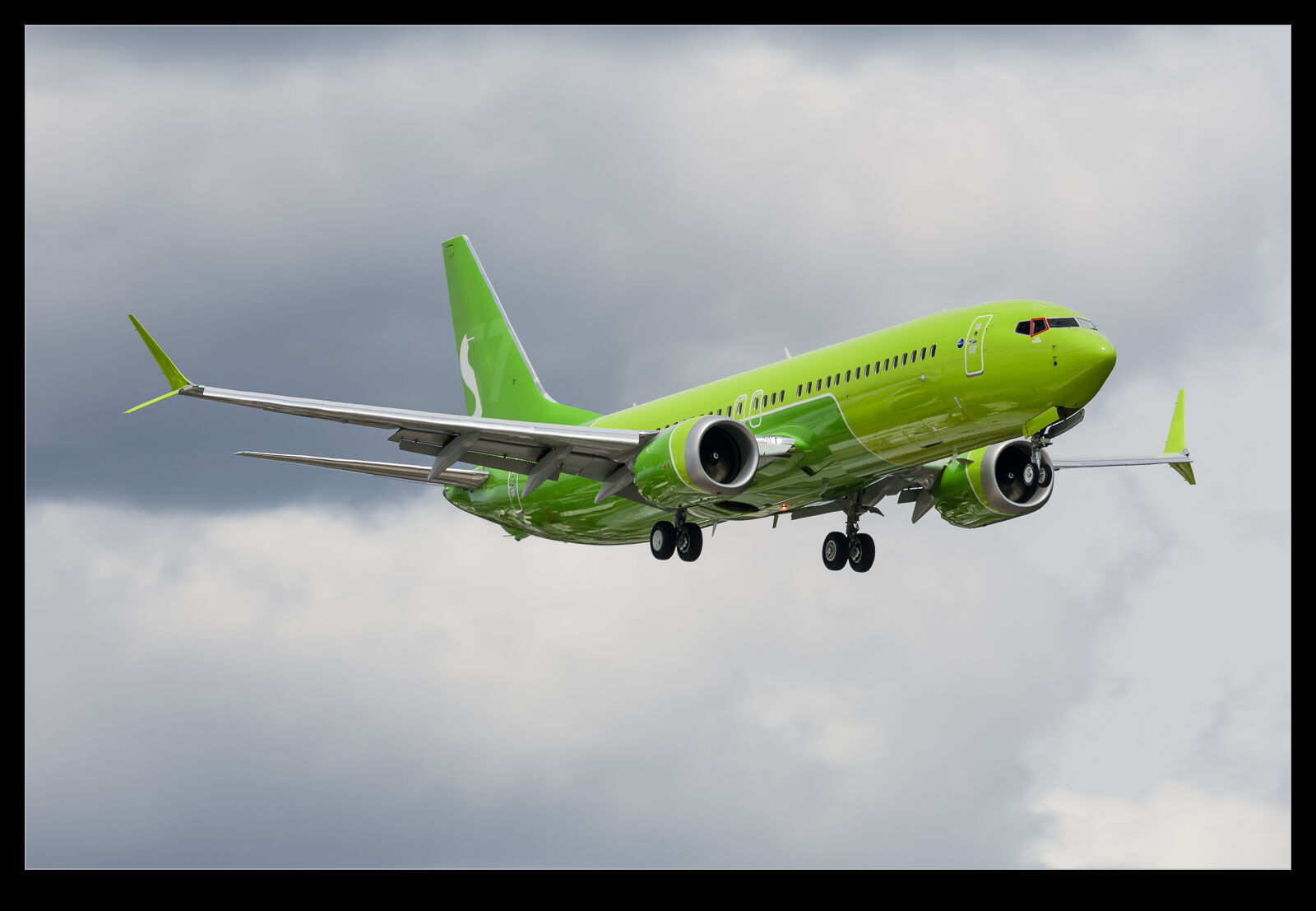 The sanctions that have been imposed on Russia and Belarus have meant that any jets that were destined for them can no longer be delivered.  Consequently, Boeing has been looking to find new homes for them with other airlines.  After the downturn in the industry that resulted from the pandemic, there has been a surge in short haul traffic which means that narrow body jets are in demand.  Boeing apparently hasn’t had a problem placing the jets since there are airlines that are desperate for new aircraft. 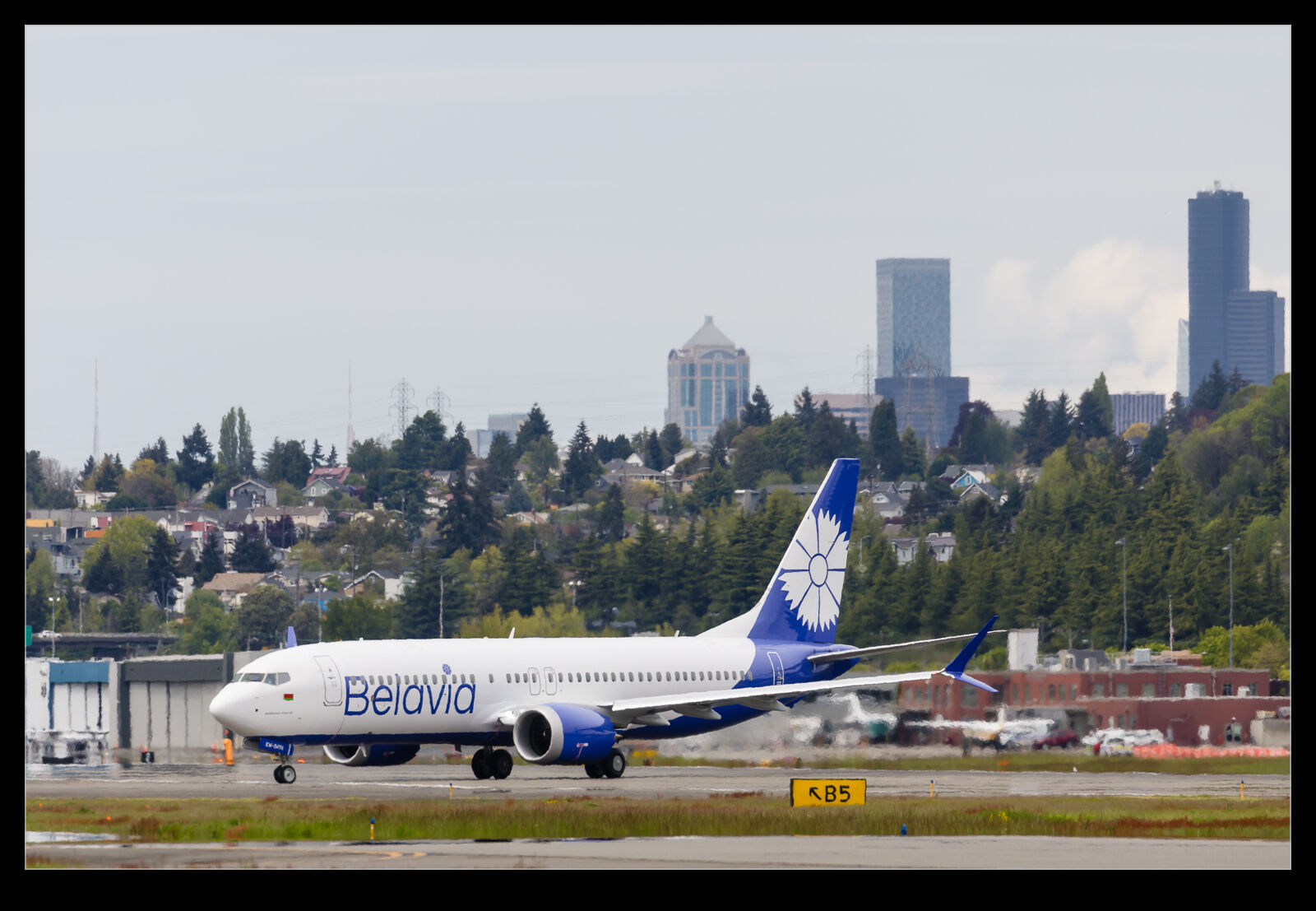 Turkish Airlines is taking some jets that were destined for S7.  They are currently still painted in the lime green colors of S7 but the name of the airline and the logo on the fin (excluding the rudder which is harder to paint given the need to balance it) have been painted over and the new registration is applied for testing.  I don’t know whether a full repaint will happen before delivery or if the airline will take care of that.  I also don’t know about the interior. 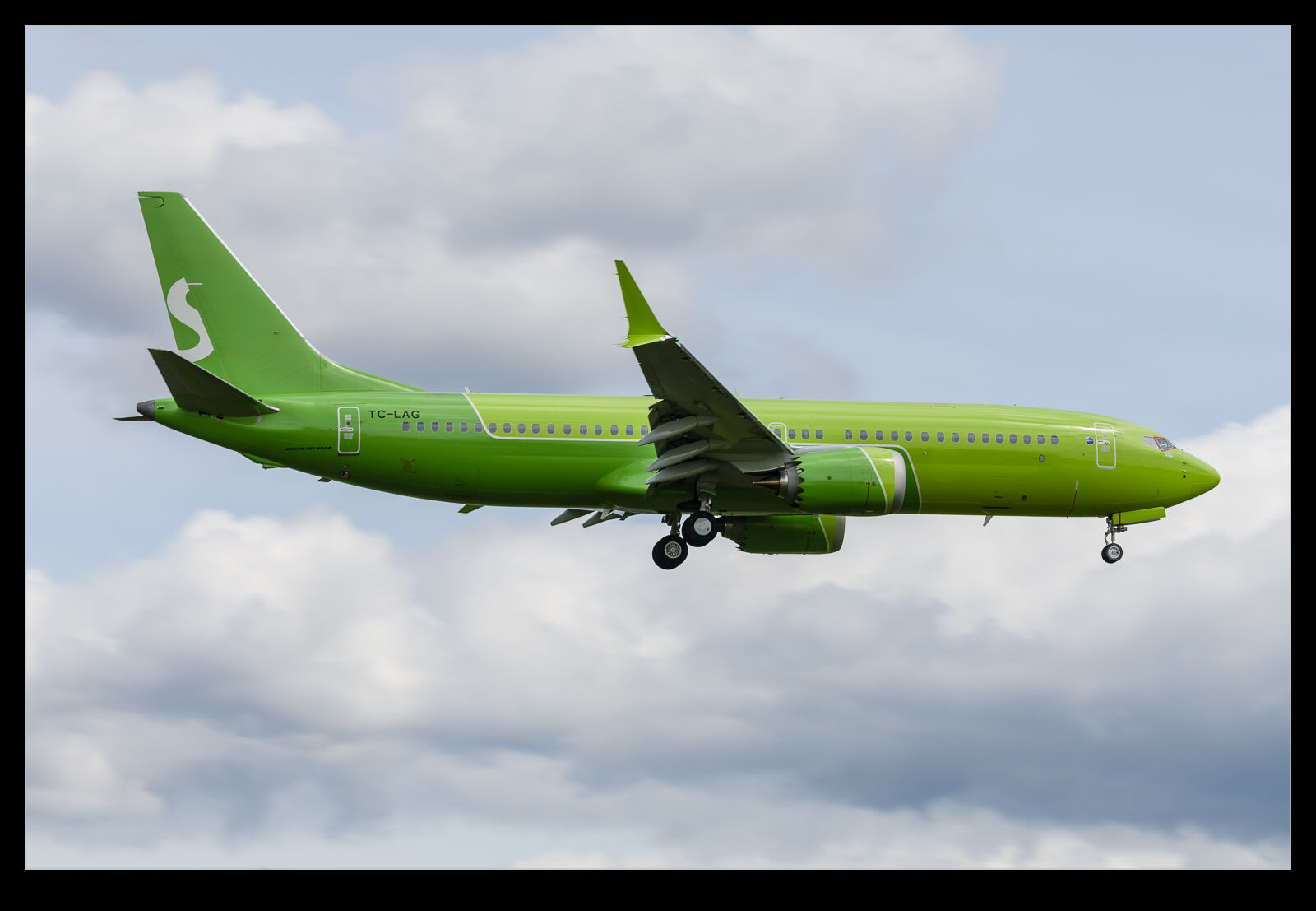 Belavia was also due to take a jet and, while there is nothing apparent on the outside to say where it is going, the tracking websites are already showing it as heading to Correndon.  Same story in that I don’t know what it will look like when it is handed over but they should be in service soon. 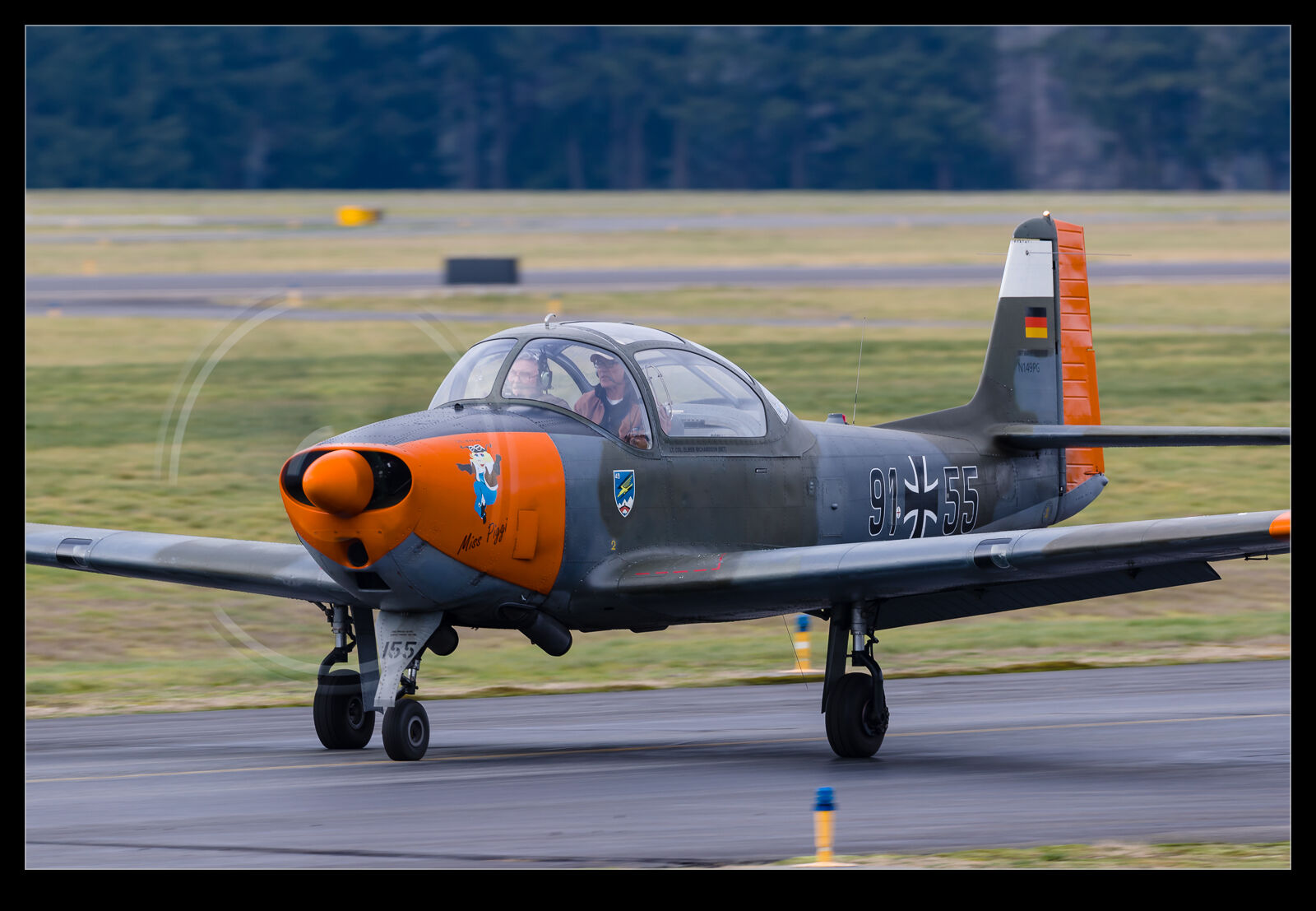 Arlington is home to a FW149 piston engined trainer.  I have seen a few over the years but they aren’t too common.  This one is painted up in German colors too.  I have only seen it flying from a distance but it has taxied close to me a couple of times while up there.  Theses are the shots I have got of it so far.  At some point I will get to see it flying in decent conditions.  The original design is actually by Piaggio but it was license produced in Germany. 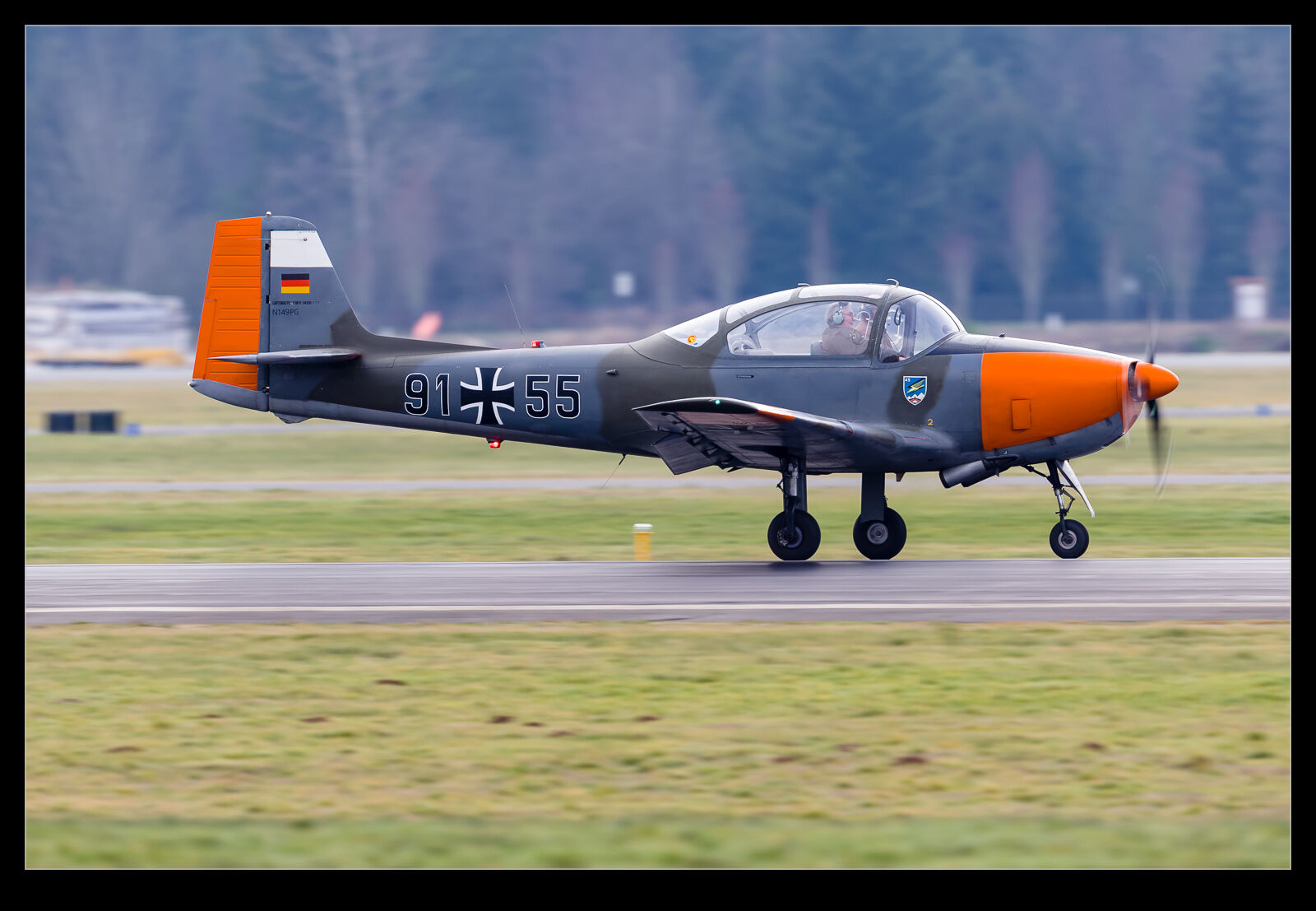 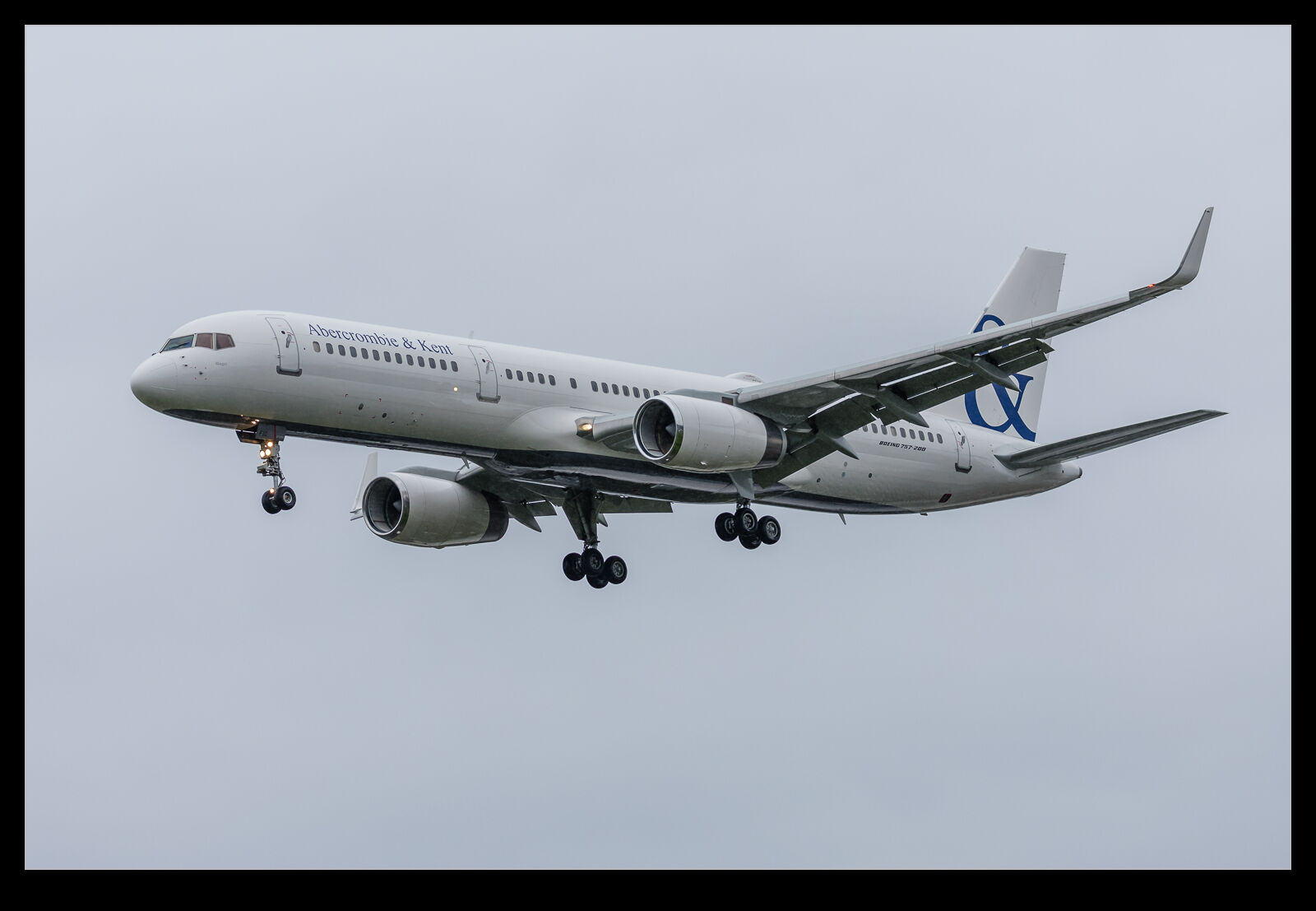 I got a notification of an Icelandair 757 coming to Boeing Field.  It was not one of the regular airline jets but one of their charter fleet.  It has winglets but not the scimitars that their mainline jets have.  Indeed, it isn’t even painted in their colors.  Still, as something unusual and having the time to go to get it, I figured why not?  When it came down the approach, I could see that it was carrying some markings.  It was labeled Abercrombie & Kent.  That is a travel company that focuses on higher end trips.  I guess it is being used to provide transportation for some of these premium vacations.  I hope it is a bit more interesting on the inside than it is outside! 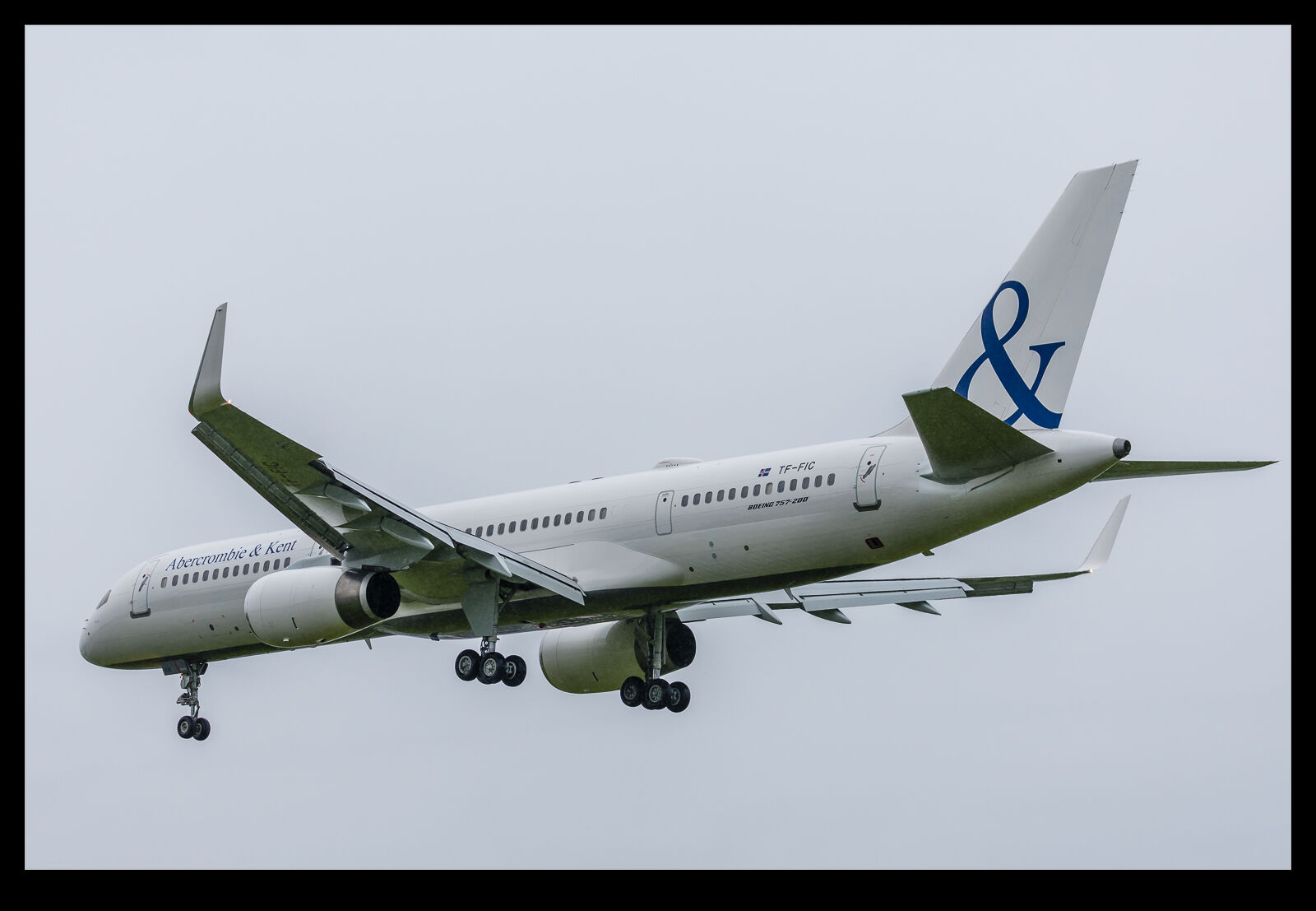