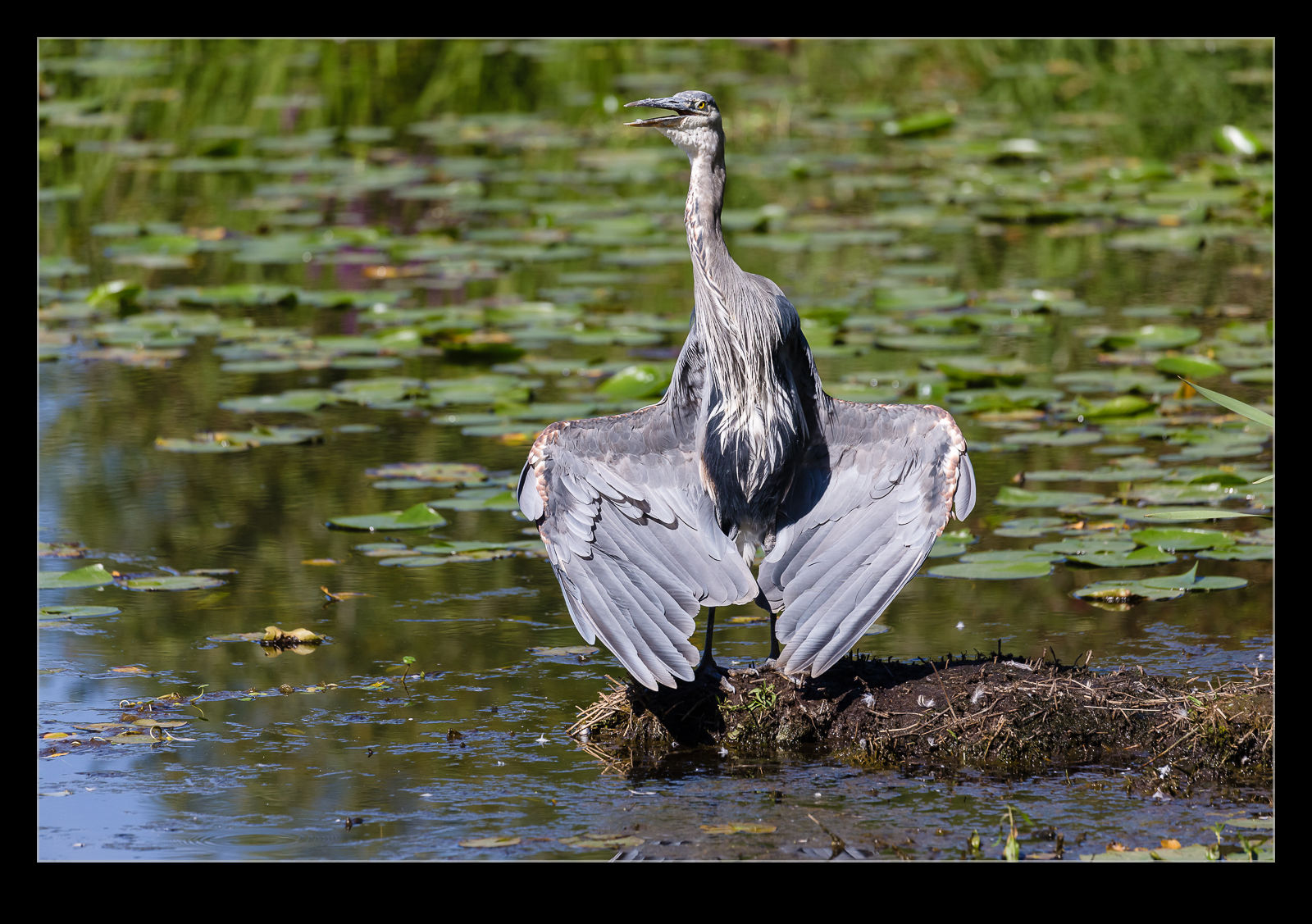 This heron was standing around on Juanita Bay when mum and I were there.  It wasn’t showing any sign of hunting so I assume it had already eaten well.  The sun was out and it was pretty hot so, after a little preening, the heron adopted a pose I had not seen before.  It opened out its wings and faced the sun.  I couldn’t work out whether this was a position designed to absorb the sun’s rays or whether it provided a mechanism for cooling by maximizing the surface area exposed.  Whichever it is, it was curious.  I also shot some video of the bird which is below. 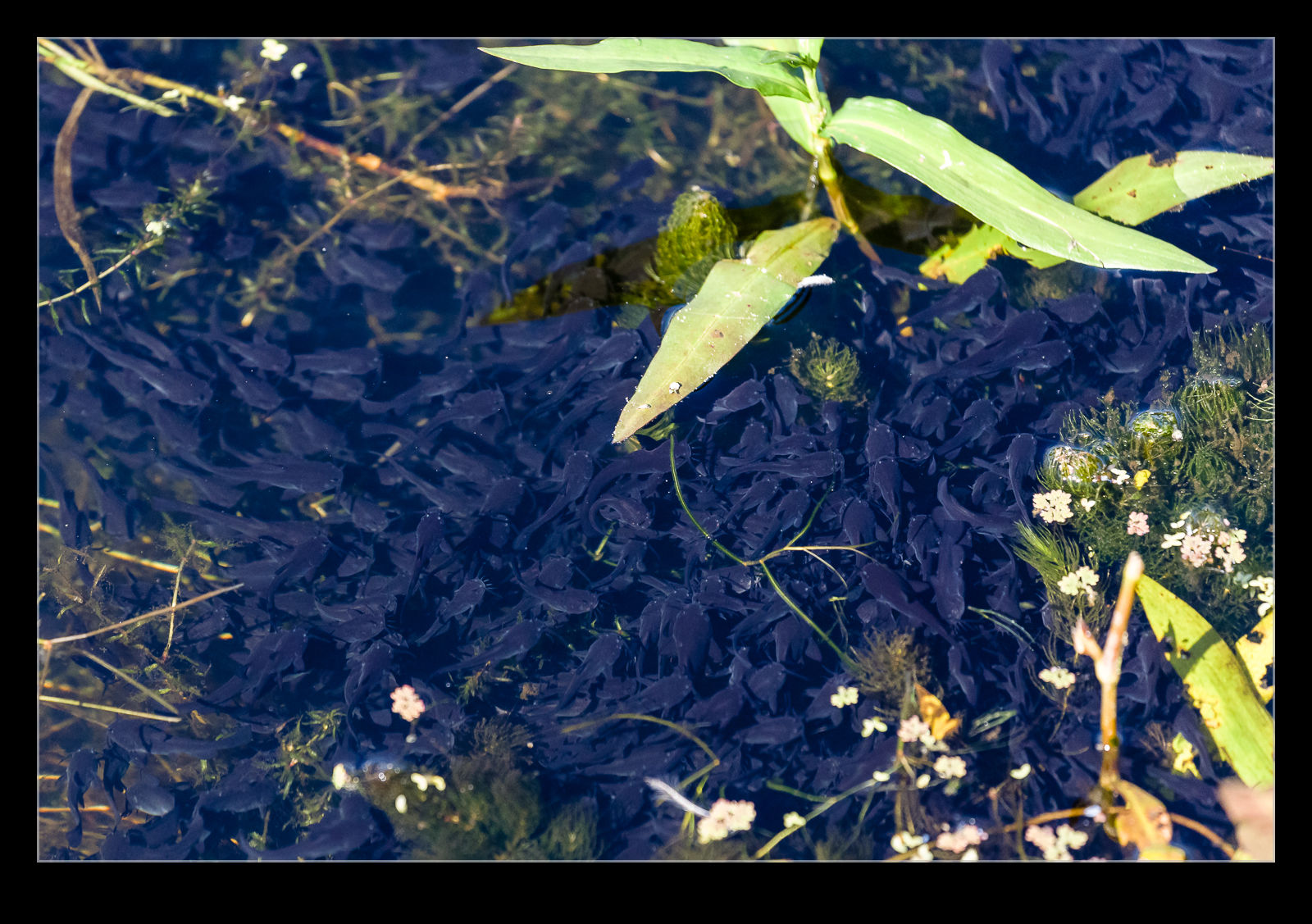 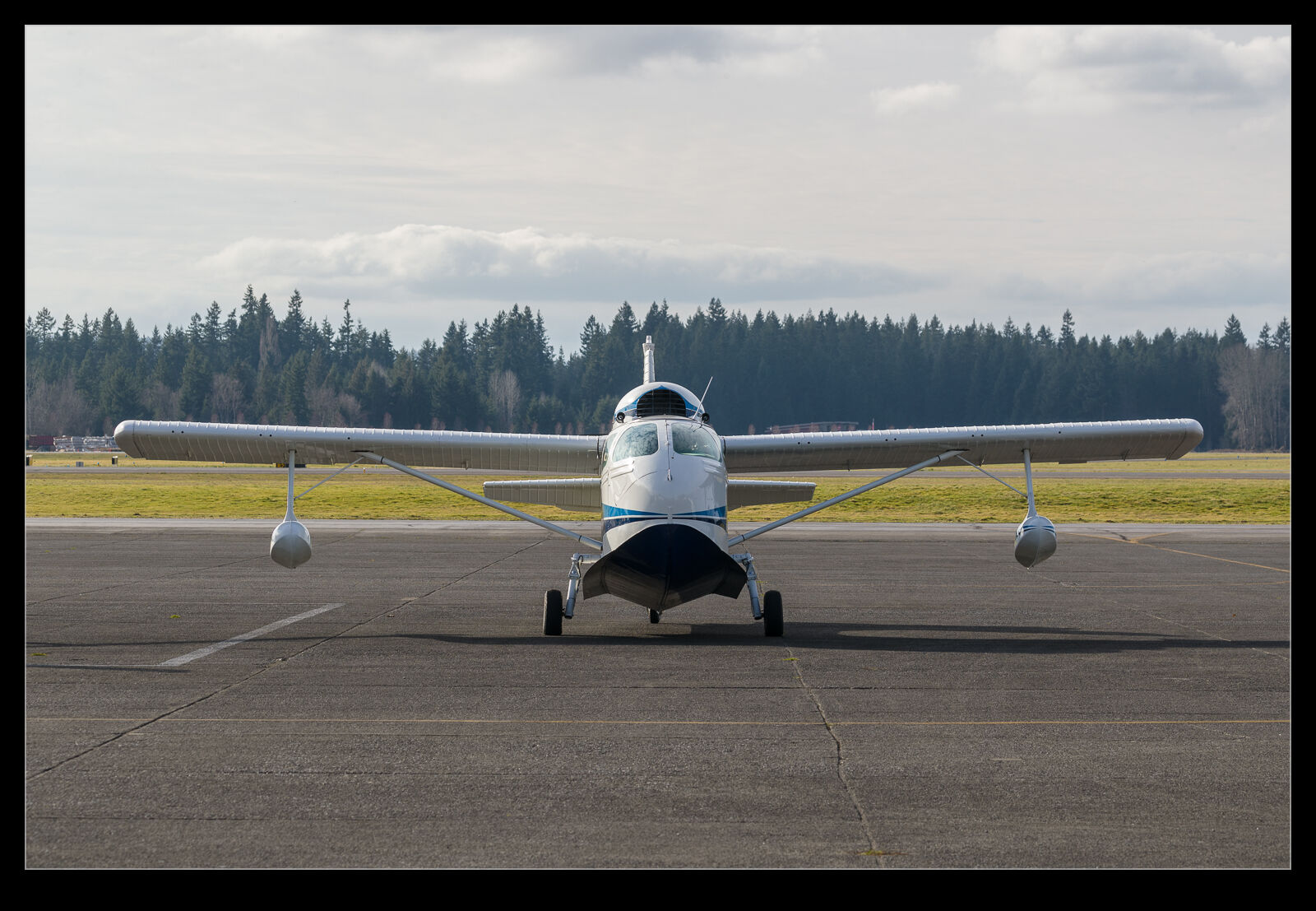 I was up at Arlington when the Croman helicopters guys were in town.  One of the local aircraft is a Seabee.  It had pulled up on the ramp next to the S-61 – presumably so they could have a look at the visitor.  When they were done, they taxied off.  I figured I would shoot a little video of them pulling away.  What I hadn’t considered was that they would reverse off the ramp.  They backed away before adding some power to taxi north in the normal fashion.  Here is some video of them. 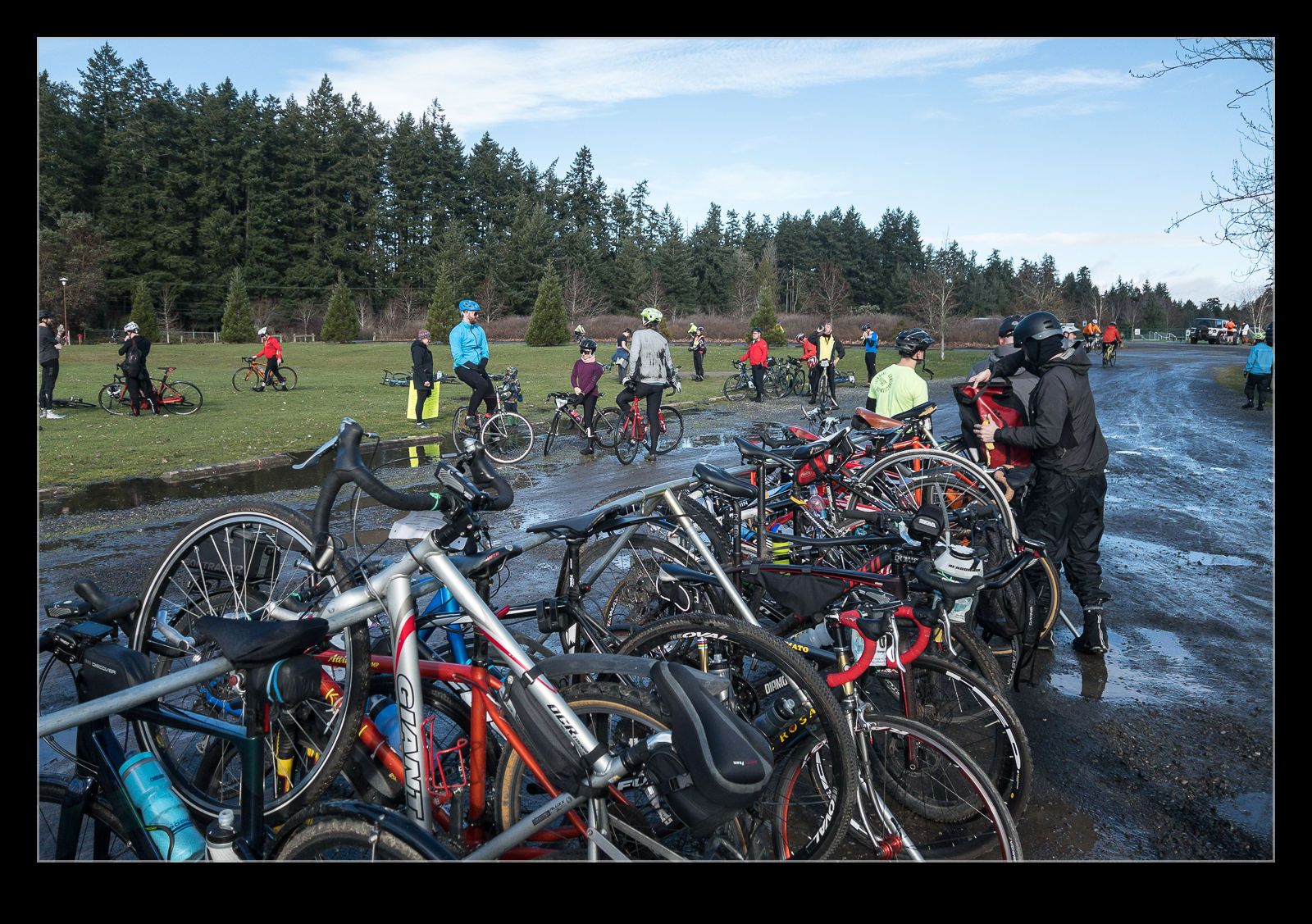 The Cascade Bicycle Club organizes a few large rides throughout the year and March is the time for the Chilly Hilly.  This is a ride around Bainbridge Island which means taking the ferry from Seattle across to the island.  I was going to do the ride with a friend of mine but he got injured prior to the ride so I ended up doing it alone.  Not many photos from the ride but I did record some video on a GoPro and that result of that is below.  It wasn’t too chilly but it was definitely hilly!  No video from the big climbs.  Too much effort went in to not grinding to a halt! 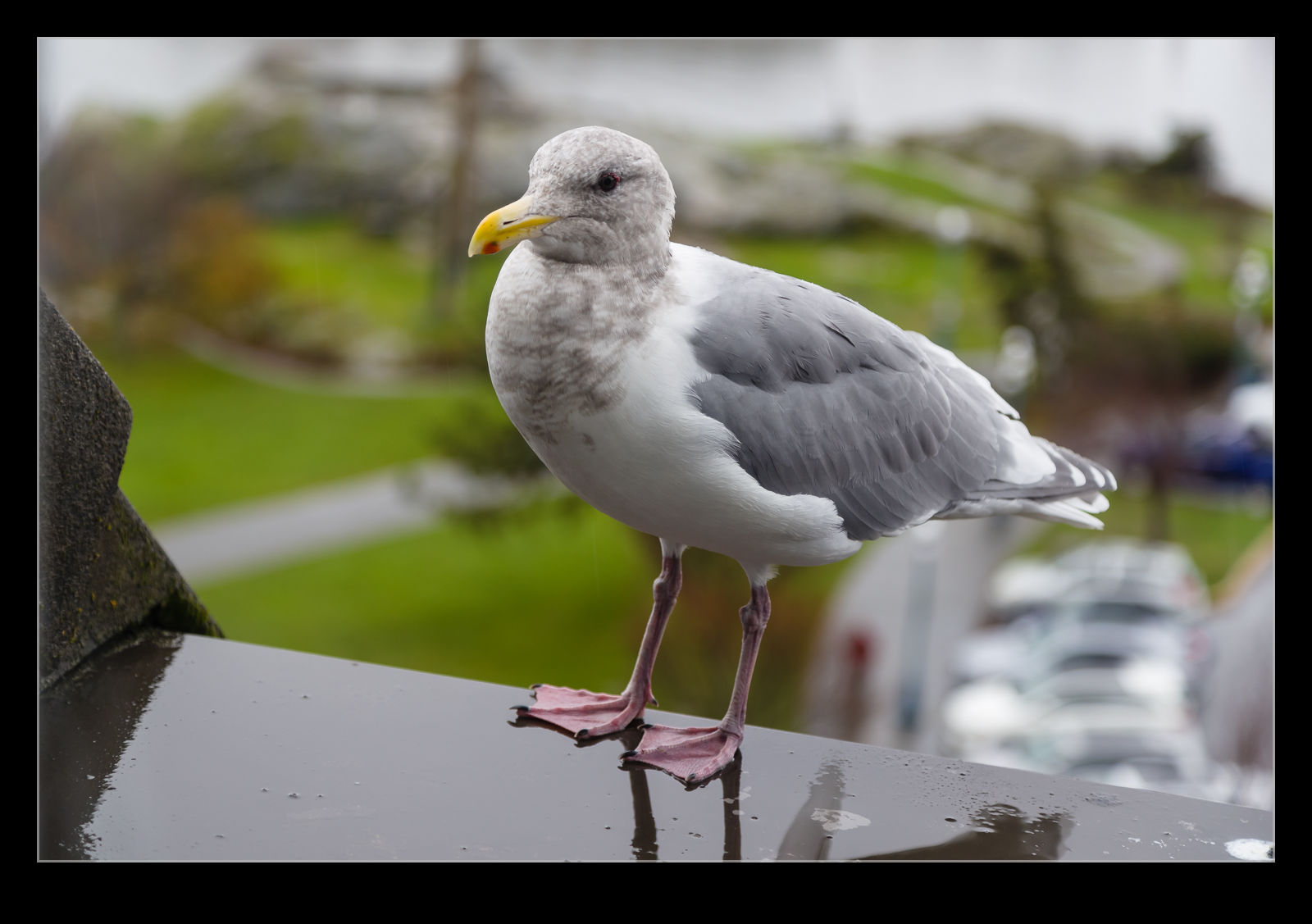 Our hotel room in Victoria was near to the top of the building.  The window was set into the roof line.  We had a flat space outside the window and it was popular with the local bird life.  On several occasions, we had a gull land on the space and stand there for a while.  It actually seemed interested in us rather than deterred by our presence.  No guarantee that it is the same bird but we started to feel like it was visiting us on a regular basis. 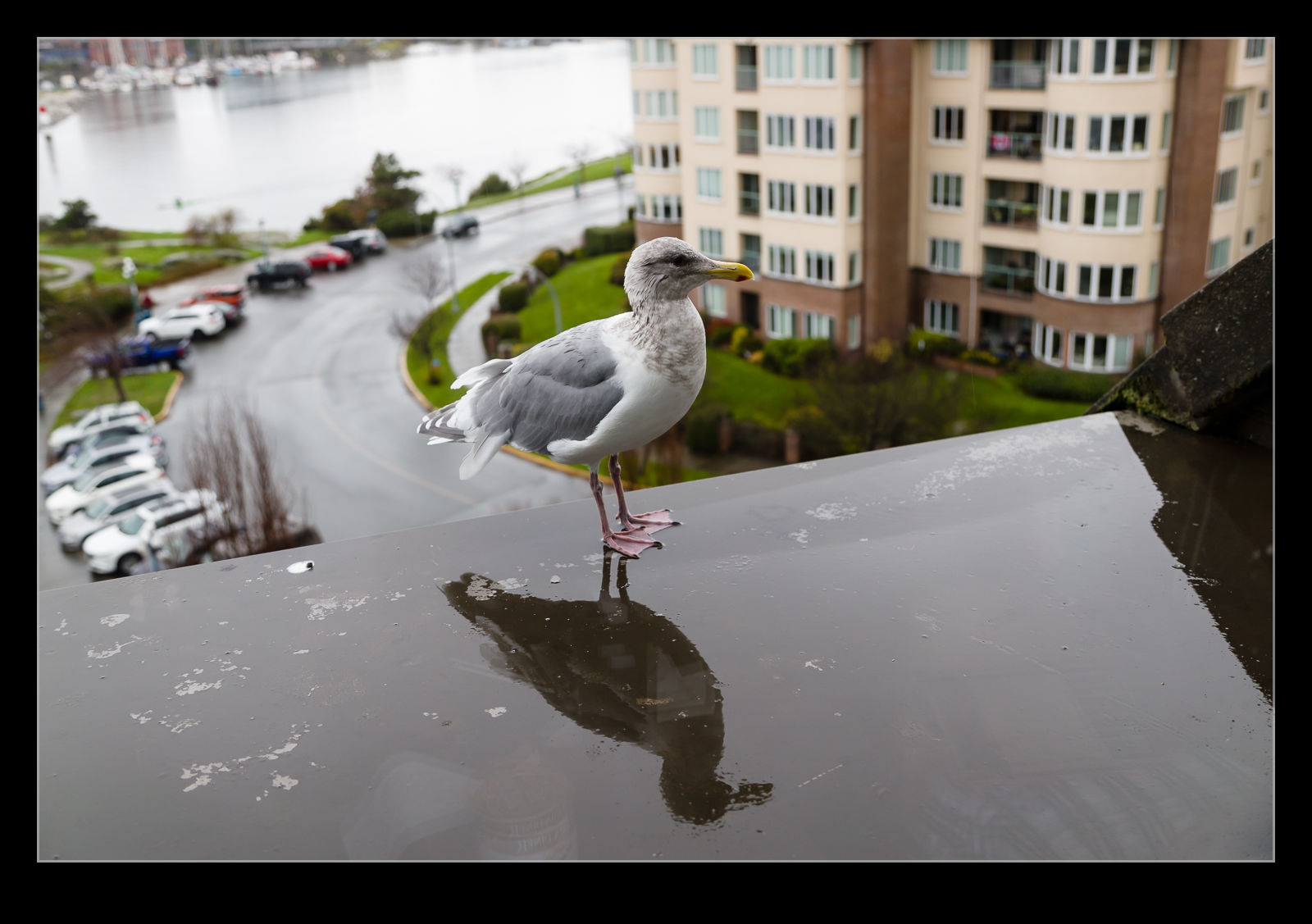 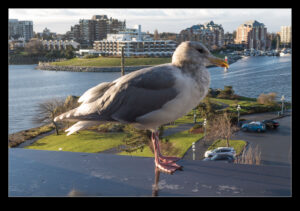 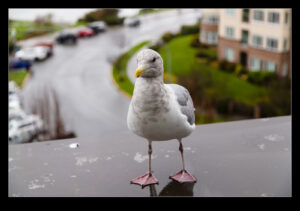 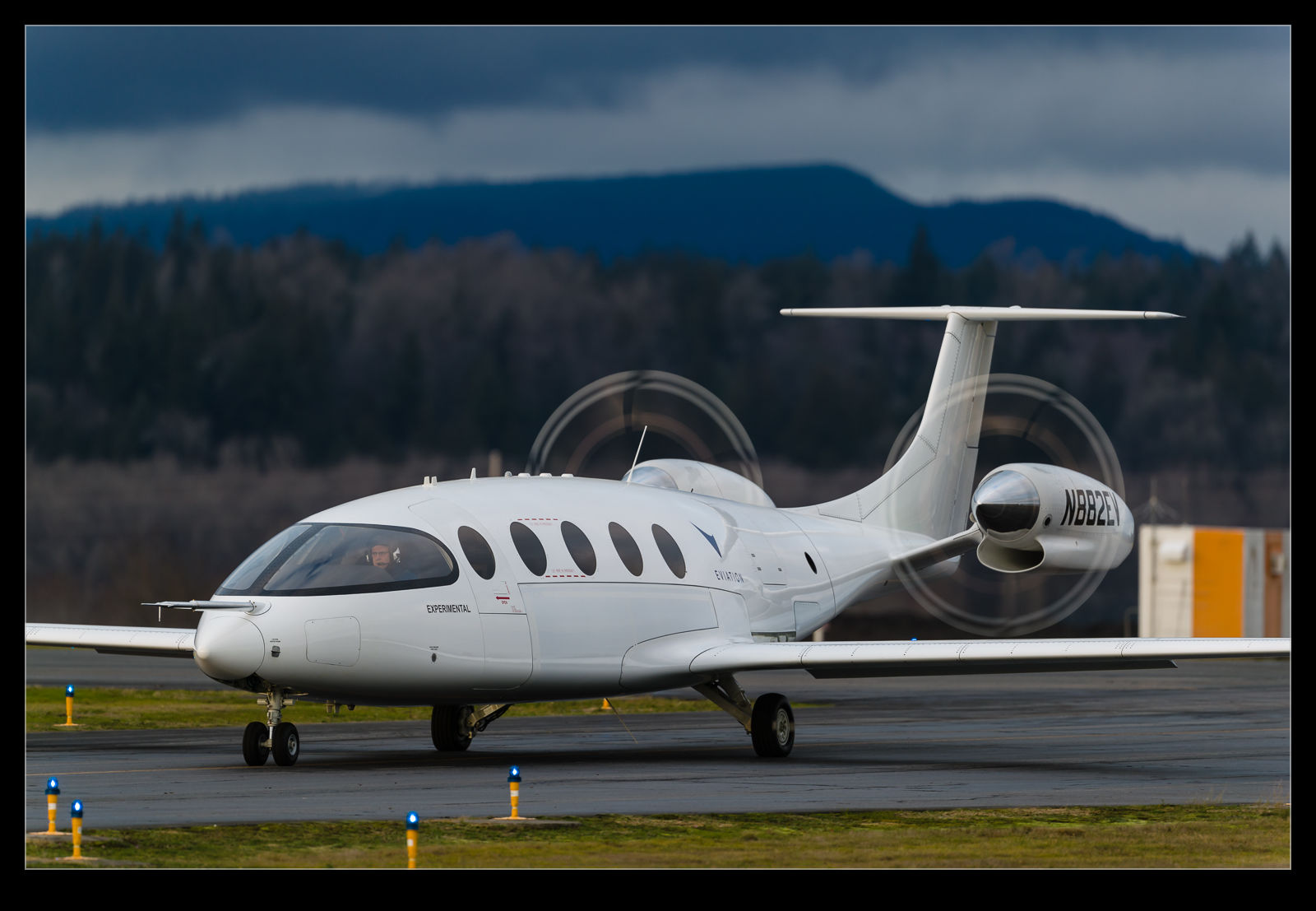 The testing of the Eviation Alice continues.  My first post on this was when they tried to do some high speed taxi trials but didn’t manage to get the plane going.  However, they have been making more progress since.  I managed to get up there when they were planning some more taxi trials.  I was hoping for some more fast work which they delivered.  Not fast enough to get the nose wheel off yet but progress all the same. 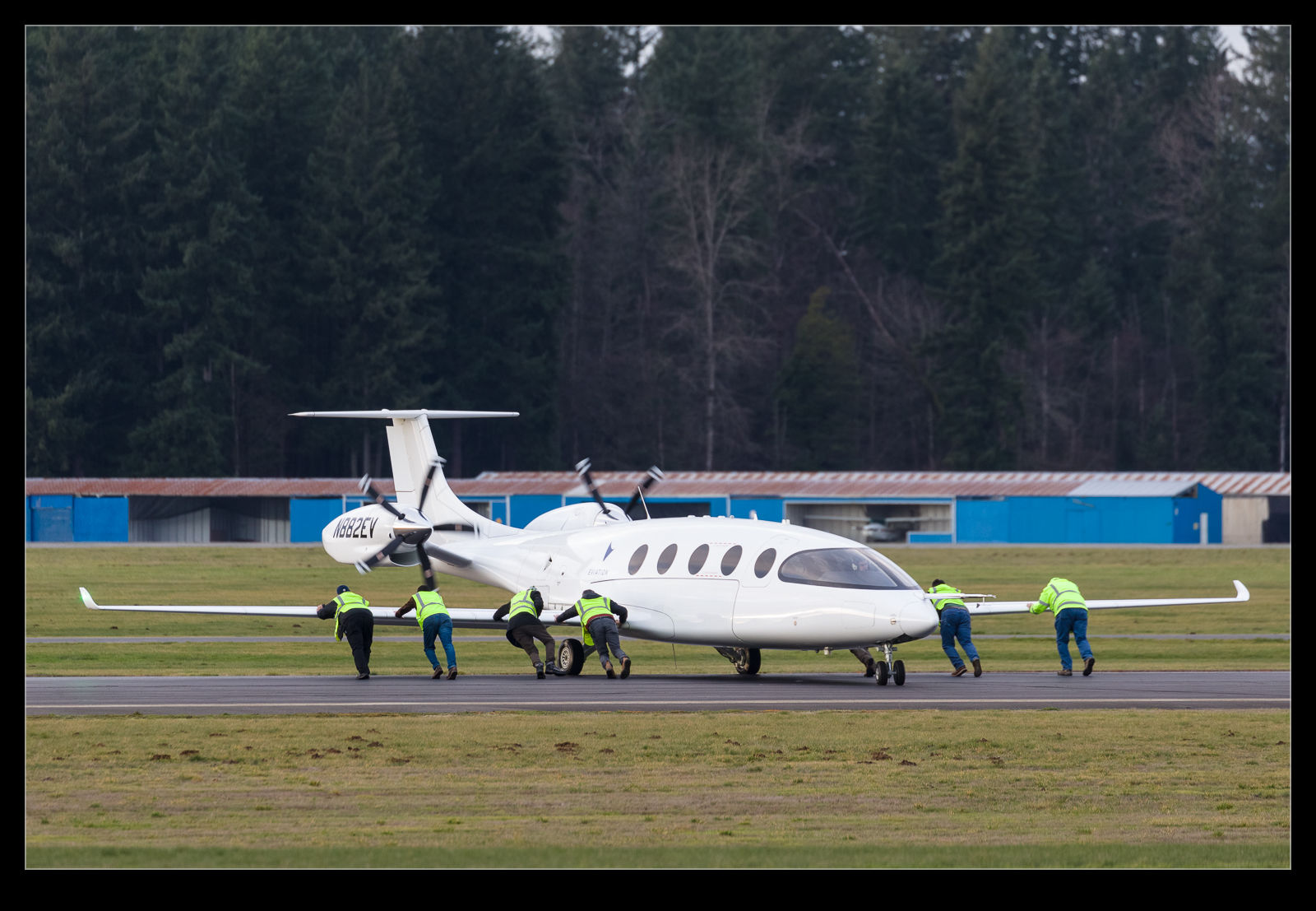 A few photographers were out to see what occurred.  The test team did not seem too happy about the level of interest.  I think they would prefer to get early testing work done without the world watching.  They did have their own multimedia team, of course.  Various cameras were doing the official recording and some drone work was done as they carried out the trials.  A NOTAM for the UAV was in place for several days.  I went with stills and video and put some stuff together for GAR and here is some of what I got.  Let’s hope to get more as they progress. 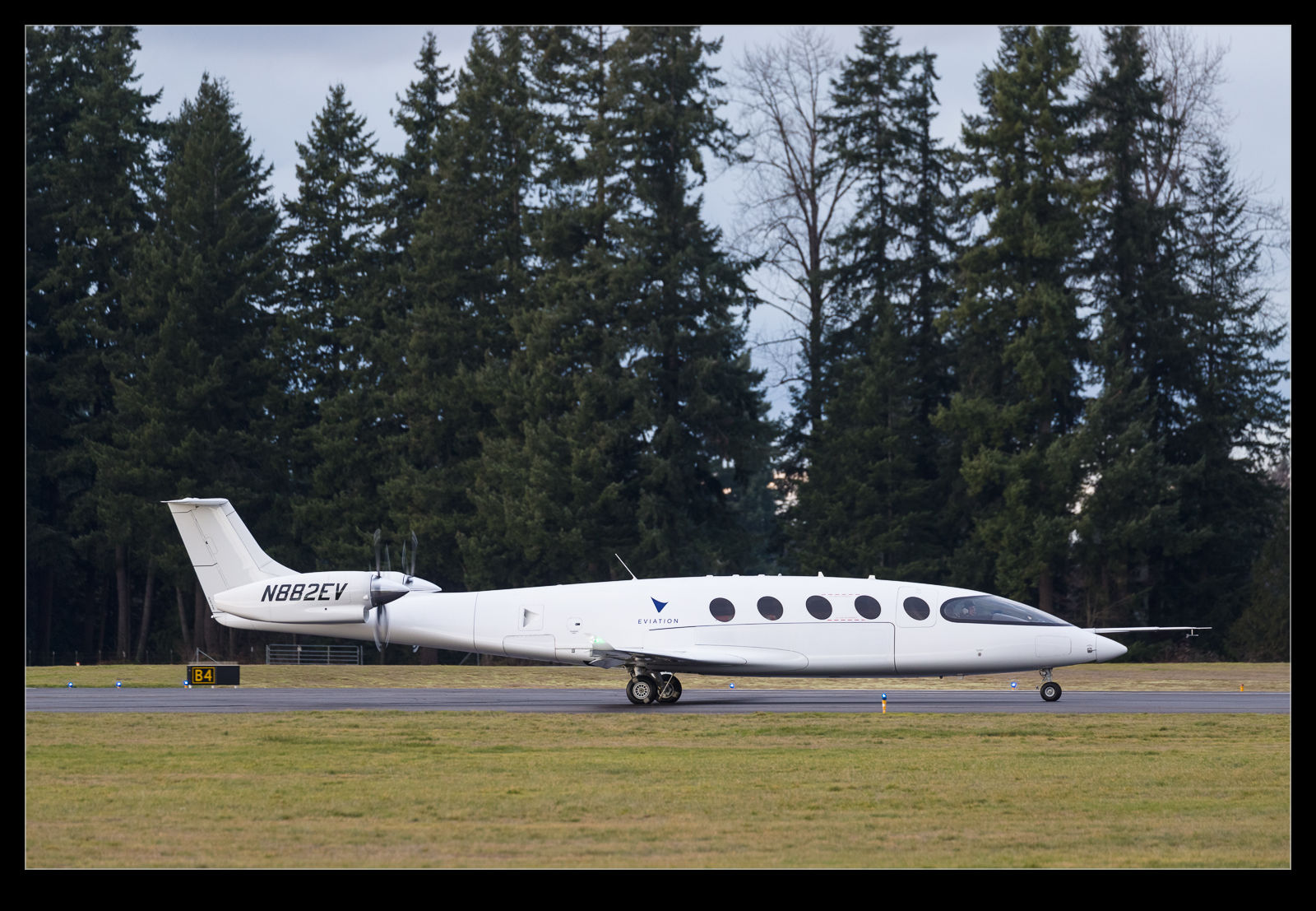 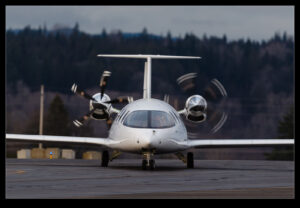 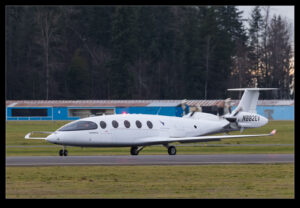 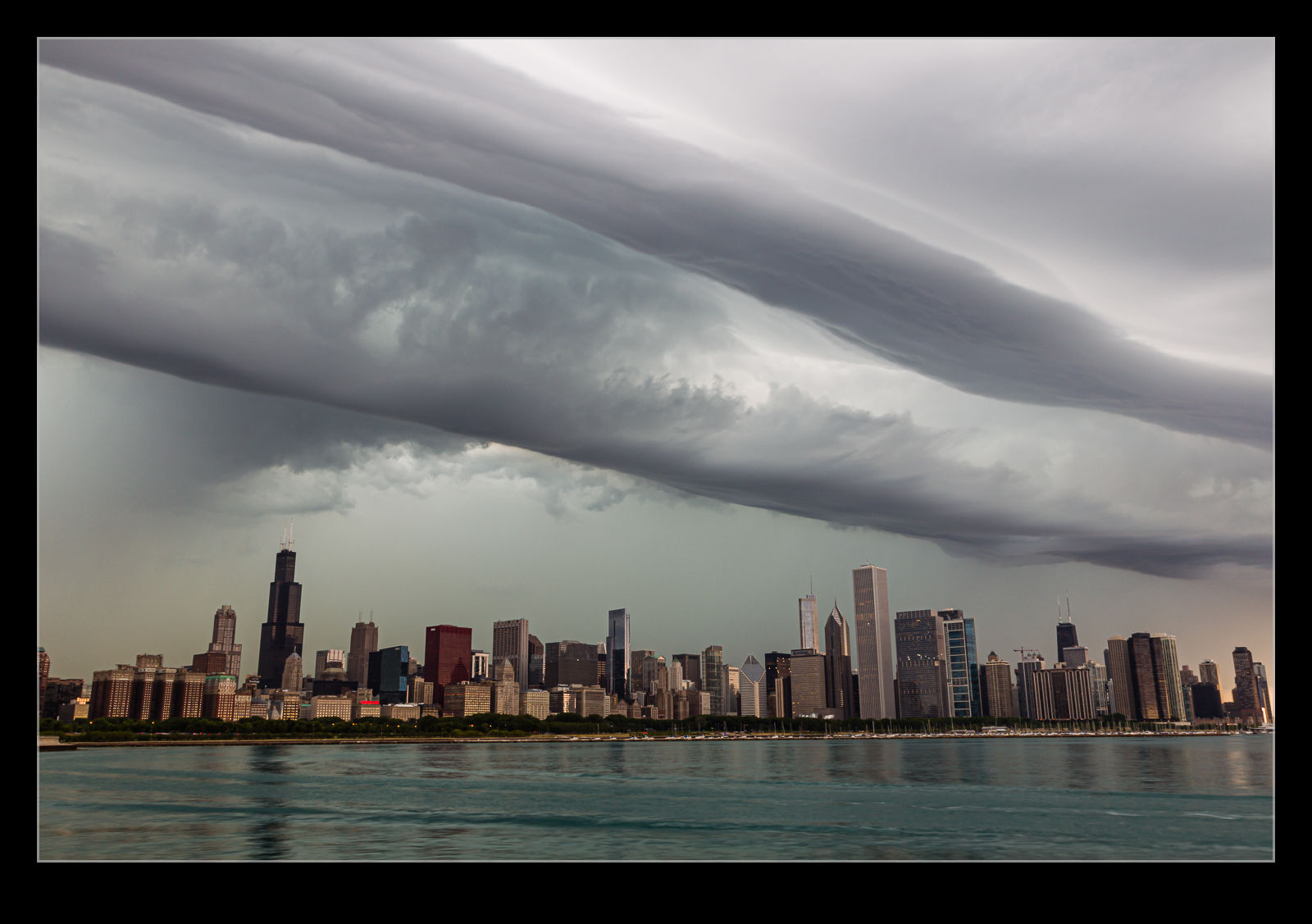 Living in the Midwest provided plenty of stormy weather days.  The way in which the storms could brew up on warm afternoons was really impressive.  I have always loved lightning and sometimes we got so much of it, you would stop paying attention.  One afternoon, there was a storm forecast to roll across the city.  I decided to head out to the planetarium since it has a great view of the city and I was hoping for lightning behind the skyline or maybe even on some of the high buildings.  I am not sure whether it is a thing but it seemed like the lightning would be more prevalent at the leading and trailing edges of the storm so I was hoping to get shots before the rain made it no fun to be outside. 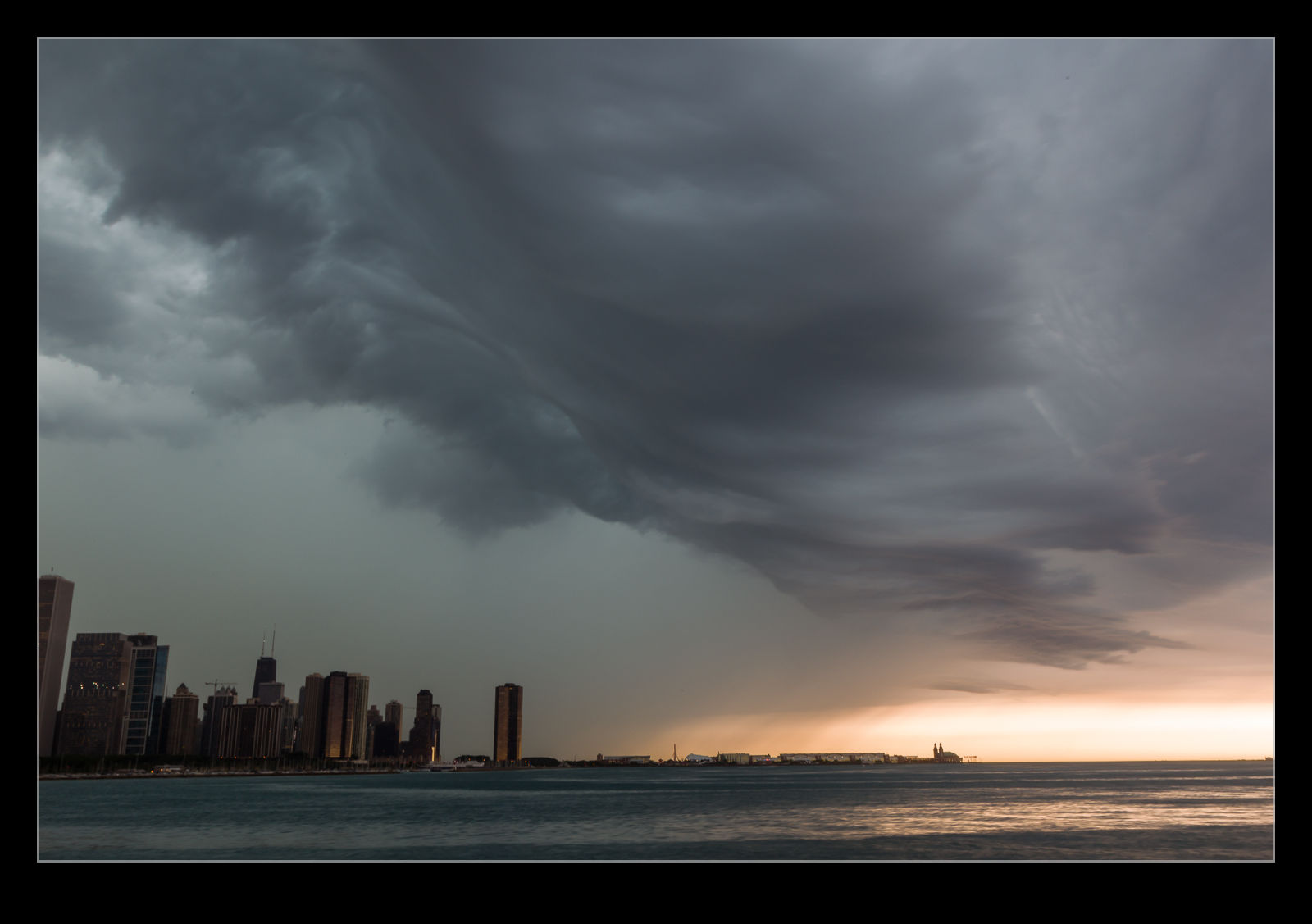 Things didn’t work out quite as planned and there wasn’t the lightning I was hoping for.  However, I did get some amazing cloud formations rolling across the city.  Watching this come towards me, it was hard to recognize that this wasn’t some CGI on a movie but was actually heading my way.  It looked amazing.  It wasn’t long before I retreated to the car once the rain showed up.

On another occasion, I was flying in to Midway.  As we made the turn back towards the city after flying out over Lake Michigan, a really intense storm cell was sitting north of the city.  It came into view as we turned and I videoed it with my phone.  It was another beast of a storm, and it was probably rather damp underneath it. 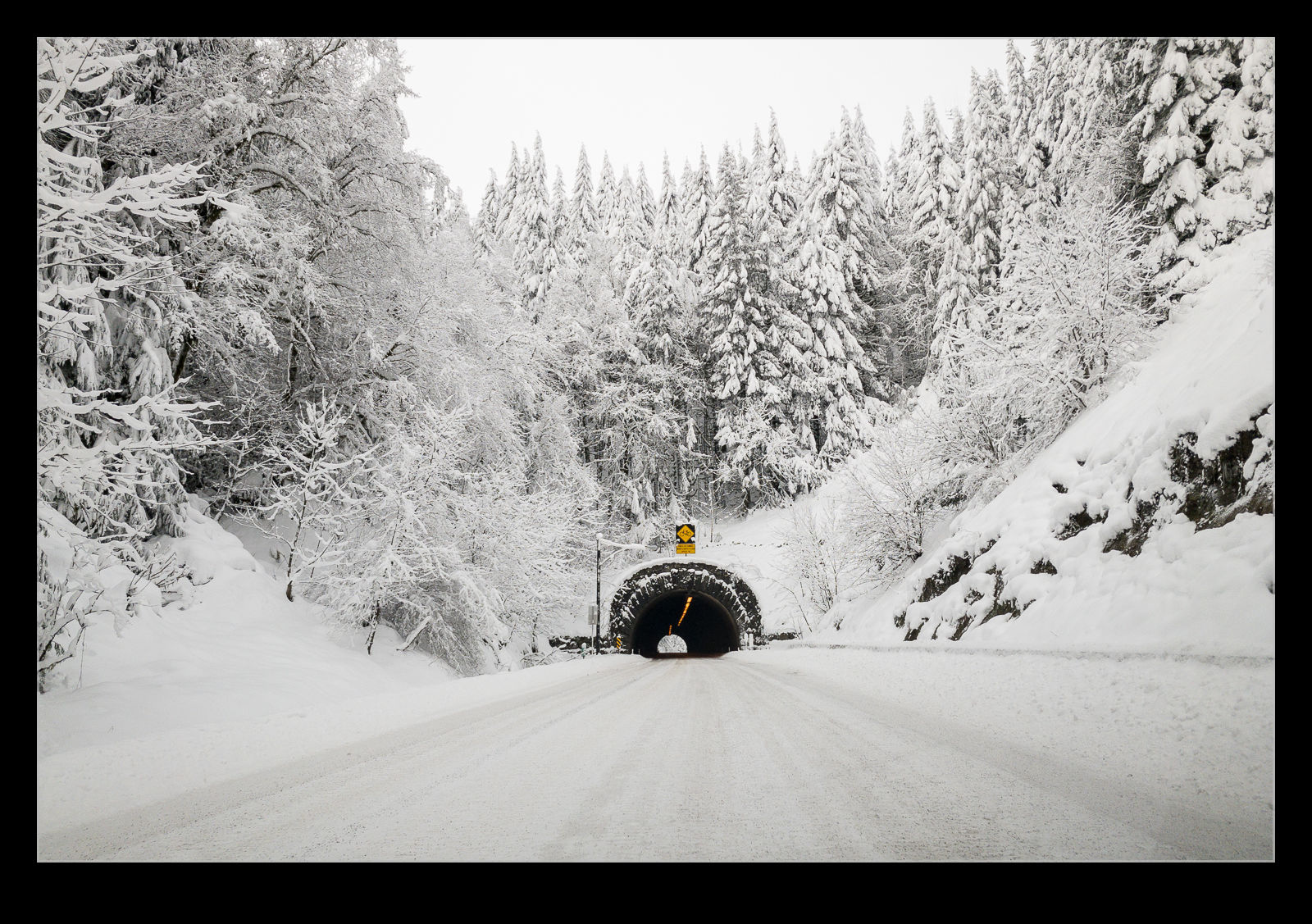 Our trip to Cannon Beach got delayed a day by snow on the hills which you have to cross to get to the Oregon coastline.  When we did make the crossing, not only were we properly equipped (as shall be seen in another post) but the weather was transformed.  The sun was out, and it looked picturesque.  The snow was still heavy on the trees and the hillsides while the road was compacted snow.  Consequently, it was white everywhere.  We were on a major road that would normally be traversed at speed but, due to the traction devices fitted, we were limited to 25mph.  It made the crossing pretty protracted, but it did provide ample time to look around and see the scenery – and the occasional vehicle off the road! 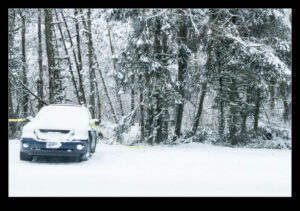 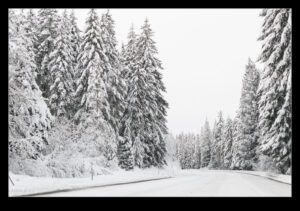 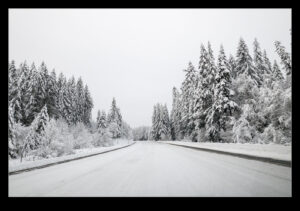 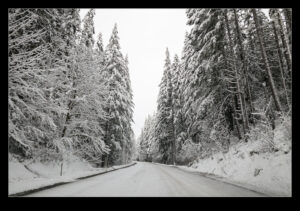 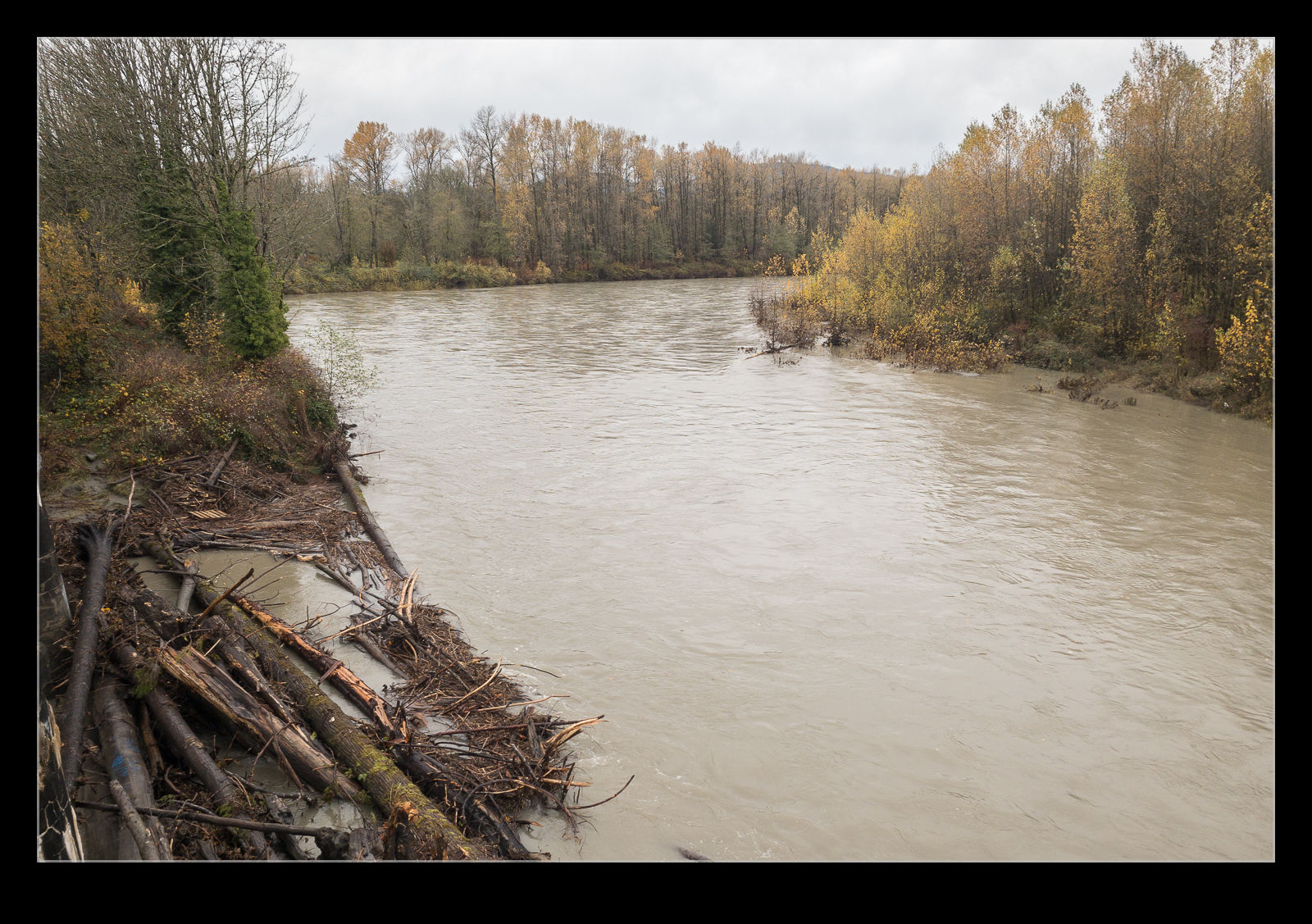 Storms and rain have been a feature of the fall of 2021 in the Pacific Northwest.  I was out with a buddy riding up the Centennial Trail in Snohomish County.  Part of the trail, north of Arlington, takes you across an old rail bridge over the Stillaguamish River.  The north and south forks of the river come together at this location and the combined river heads under the bridge and off towards Puget Sound. 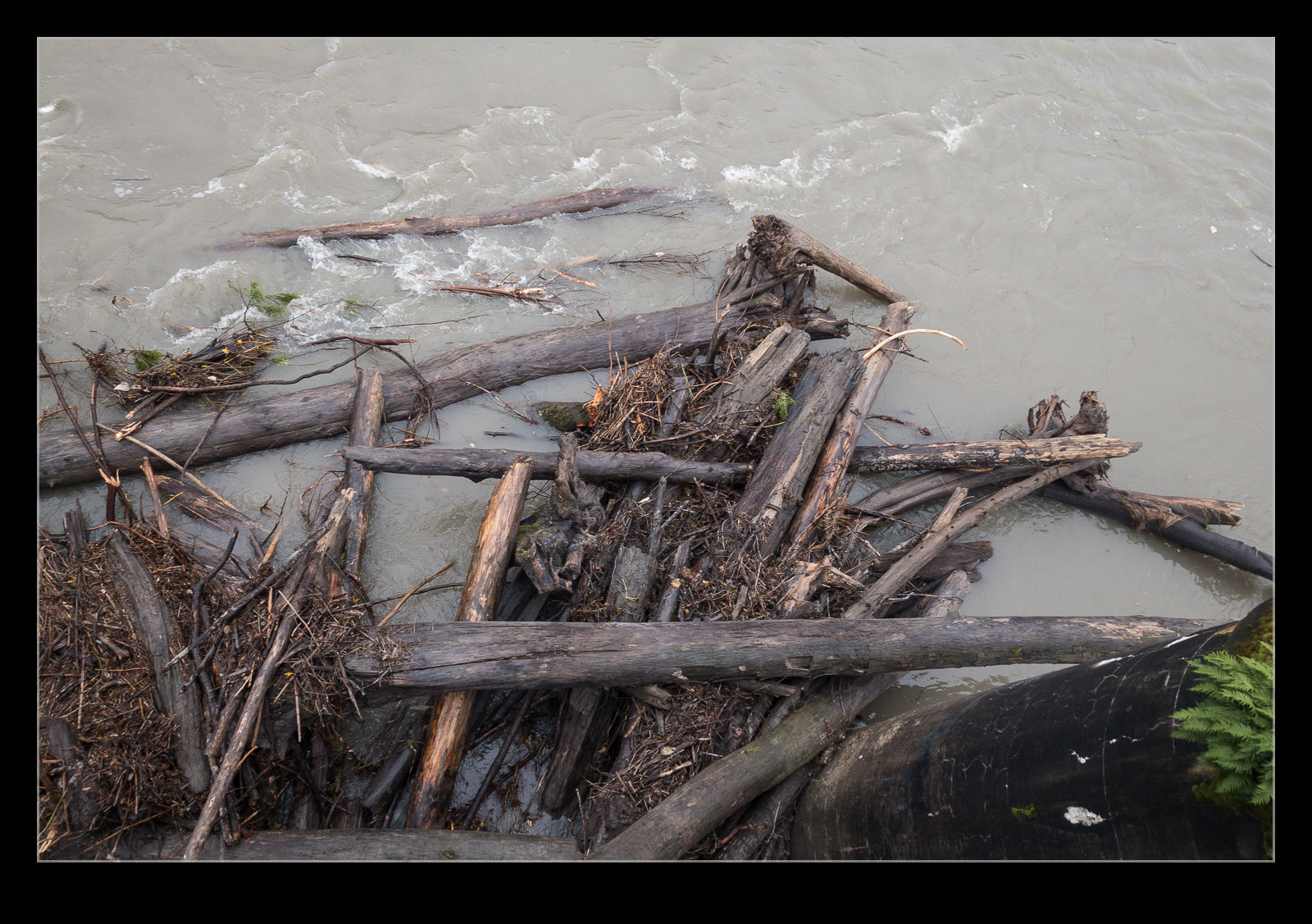 The rivers were in flood and the amount of debris built up against the bridge was indicative of just how much damage the rivers had done on the local area.  With two strong flows of water, the area where they came together was swirling with some violence.  Whirlpools were popping up and heading downstream.  Below the bridge, you could see upswellings of water from the lower levels and it looked like the sort of thing that would be very dangerous to find yourself in.  The video I shot doesn’t really do it justice but you might get some sort of impression of how active it was.