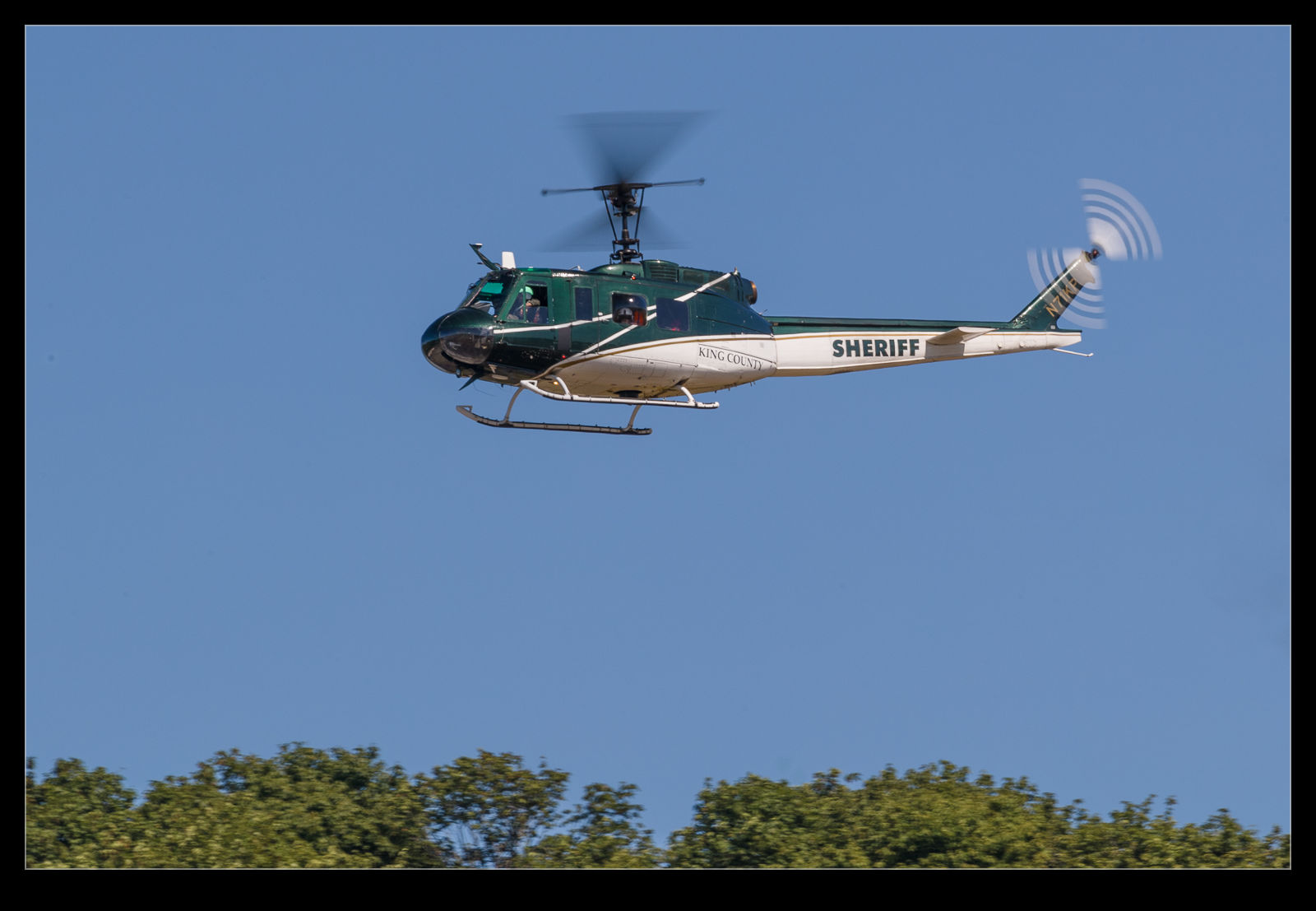 My day off work to go plane hunting continued to provide interesting things for me.  I had noticed a UH-1 Huey on FlightRadar24 while looking for something else.  It was off to the east and had been circling various locations.  I assumed it was a firefighting mission and thought no more about it.  Actually it was the King County Sheriff’s airframe and, while I was at Boeing Field, it made an approach and landed at Modern Aviation’s ramp.  It was a bit distant but I got some shots of it and thought no more. 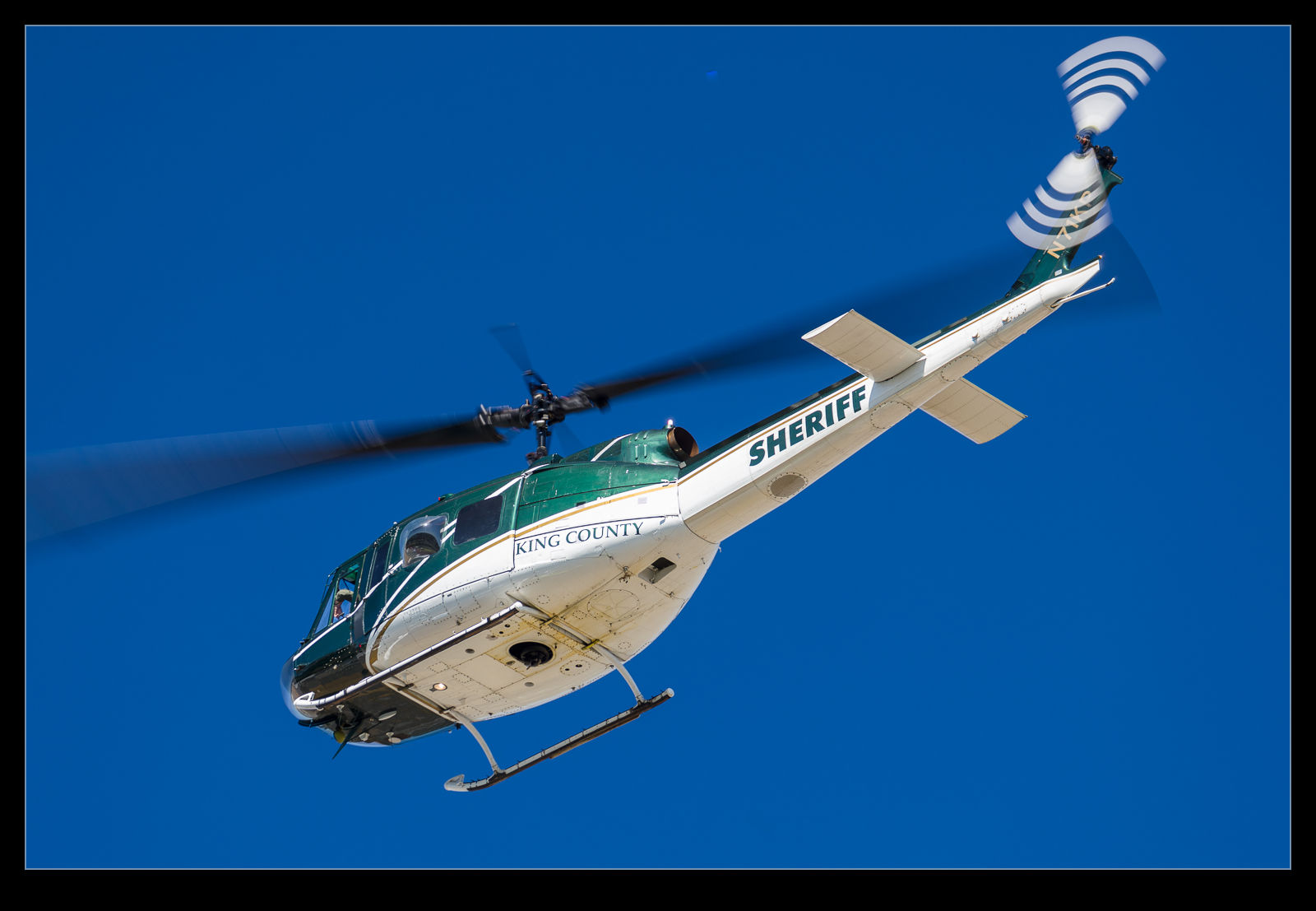 A while later, I was at Renton awaiting the arrival of the A-26 when I heard the distinctive sound of the Huey again.  This time it was close over the top of me and just to the sunny side so rather backlit.  I figured I would shoot it again anyway at which point it commenced a tight descending turn to land on the field.  It came right around me so I got shots all the way – particularly as it got to the right side for the light.  To be honest, it was a little close to me for a good angle but this day was throwing me tons of opportunities and I was not going to complain. 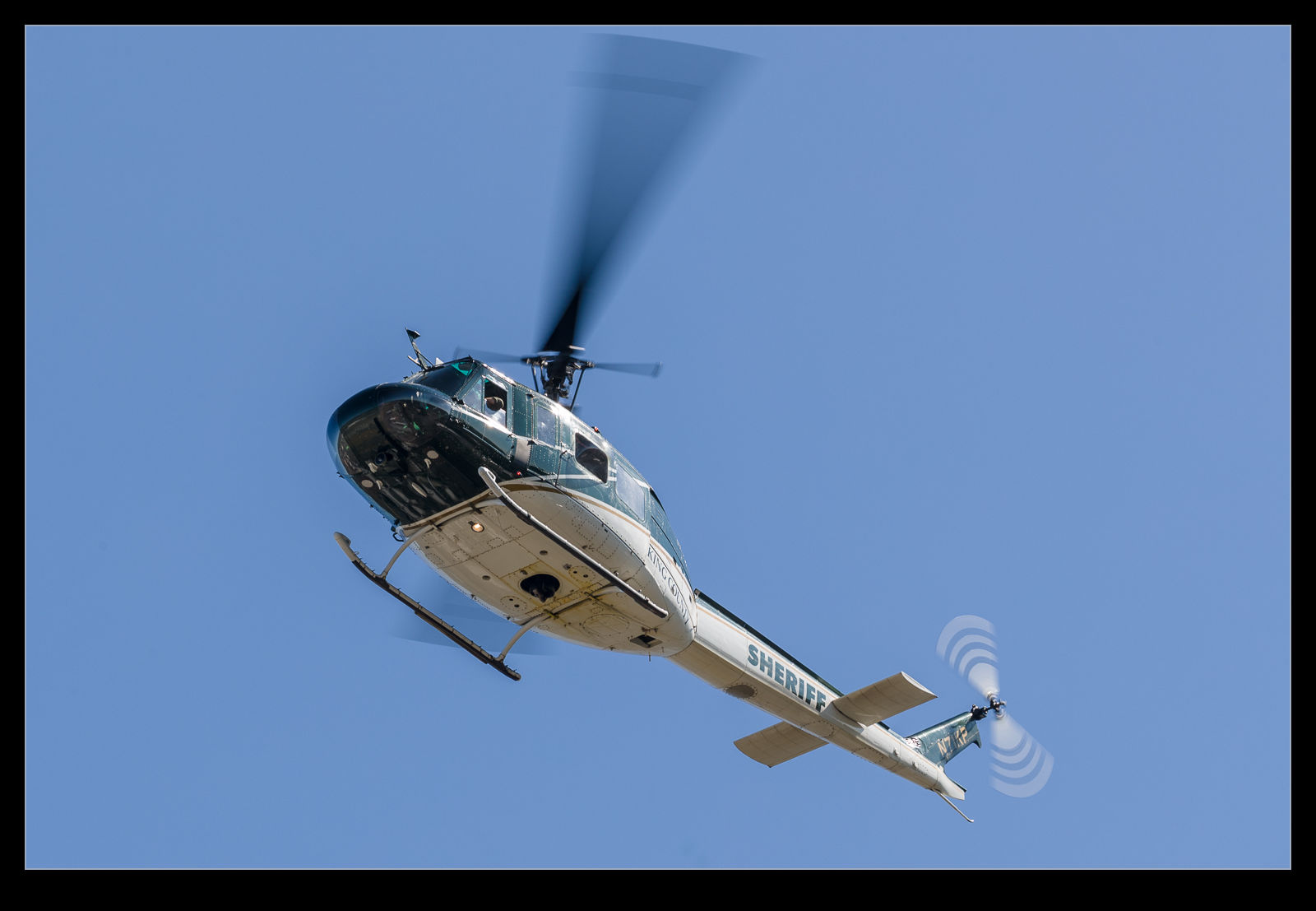 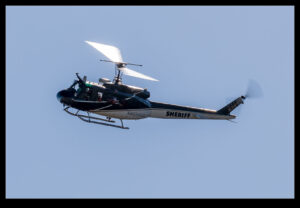 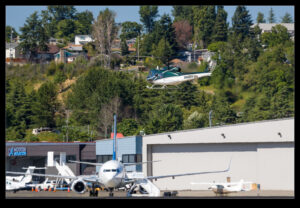 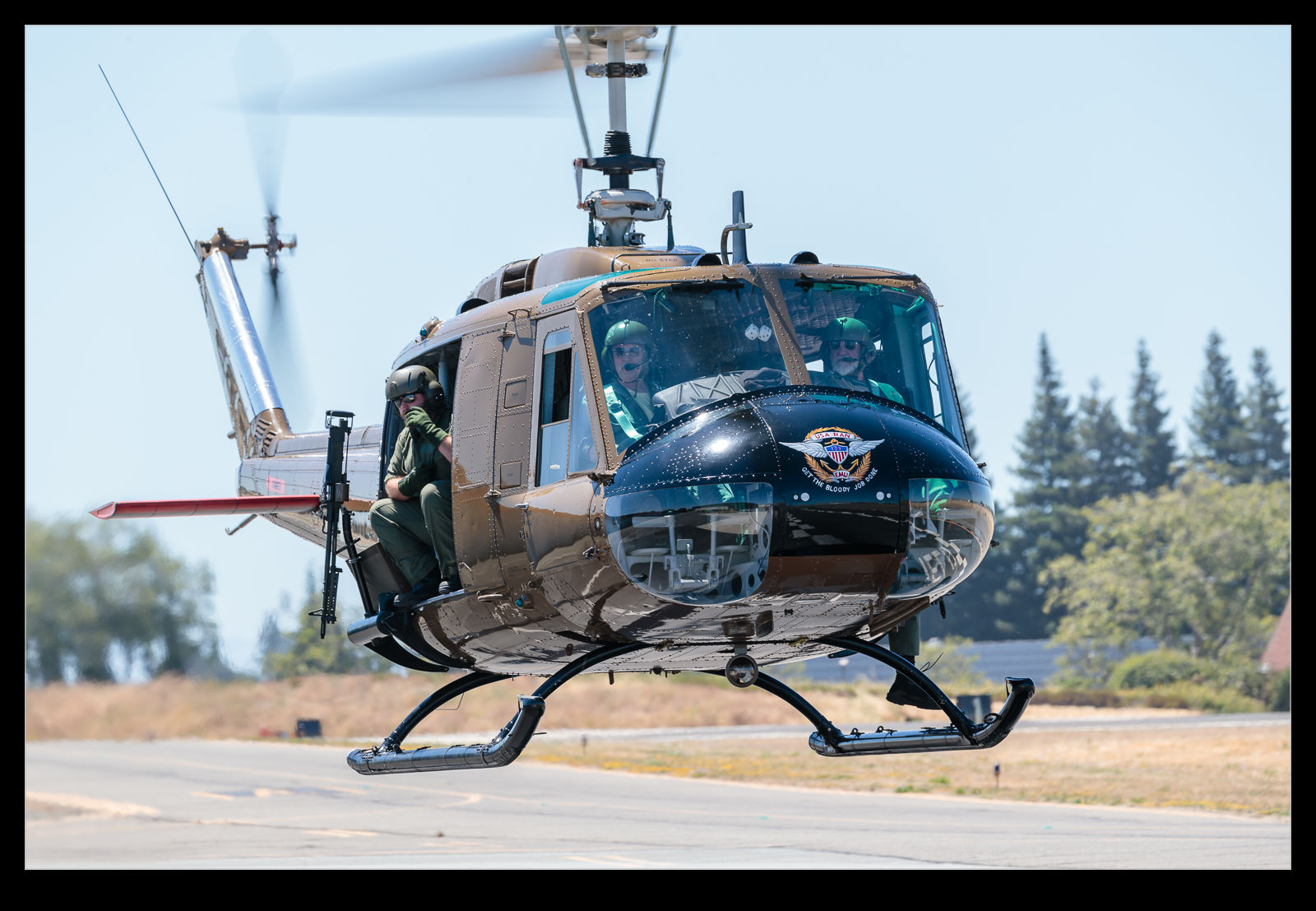 Preserving military aircraft in an airworthy condition is no small undertaking.  They were never designed to be easy to keep.  They were designed to perform and, when there isn’t a long supply chain backing things up with big budgets, things can be a bit more tricky.  One group that is keeping an old airframe alive to share its history is the Huey Vets group in Hayward.  I first came across the helo when I was in Hayward and I saw it flying in he distance.  It showed up in a post here when I got some shots of it. 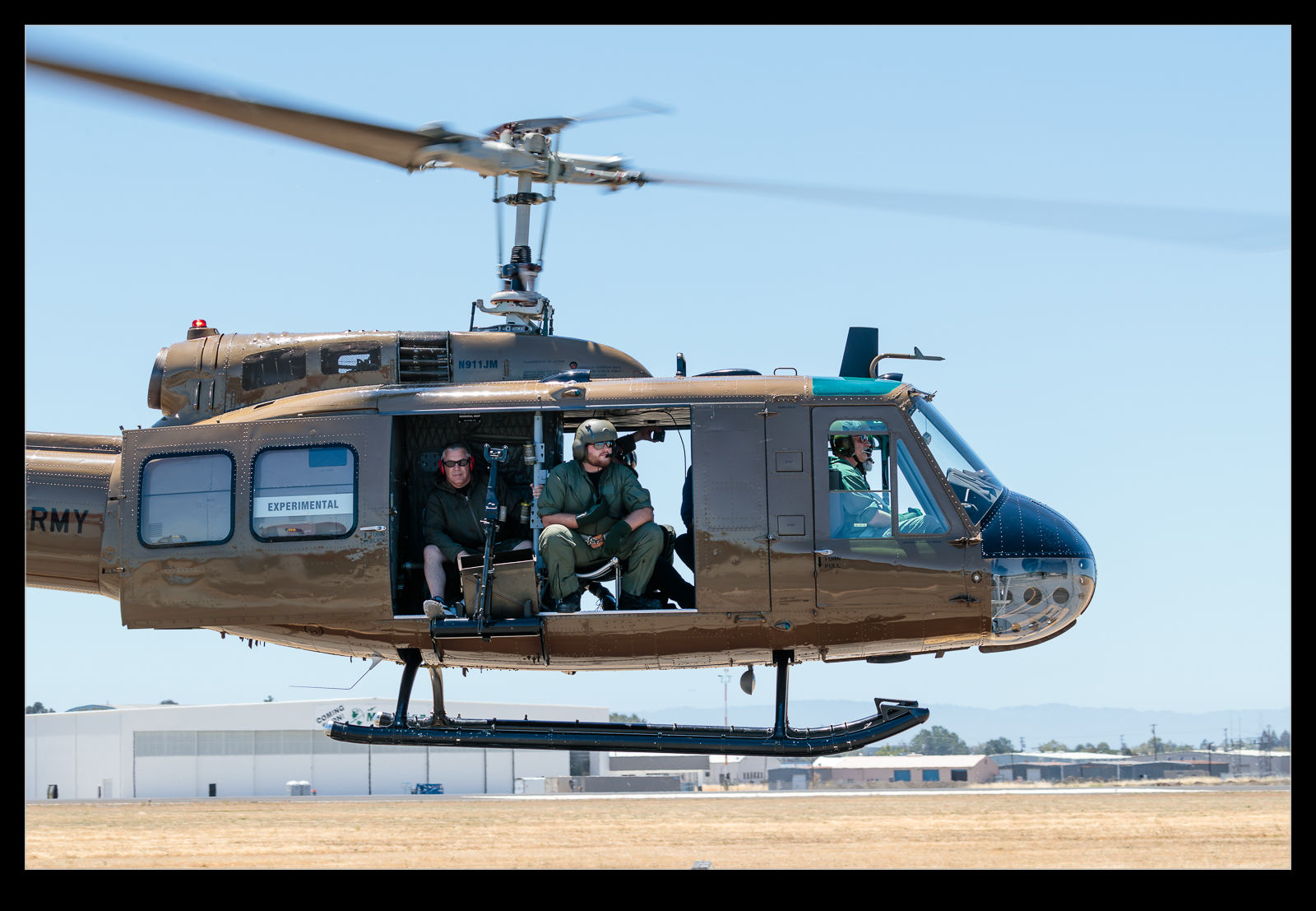 I have since made a couple of visits to the group to see what they do.  Their mission is to share the history of the EMU unit that was unique in providing emergency medical cover jointly between the US Army and the Australian Army.  Not only do they keep the Huey flying but they have members with a history in the unit including one from Australia who makes frequent visits.  They have many members of the organization and members are able to take flights in the aircraft.  I went along to see one of the open house days.  It was a hot day in Hayward and they had a number of flights lined up which gave me a chance to watch them in action from a variety of positions. 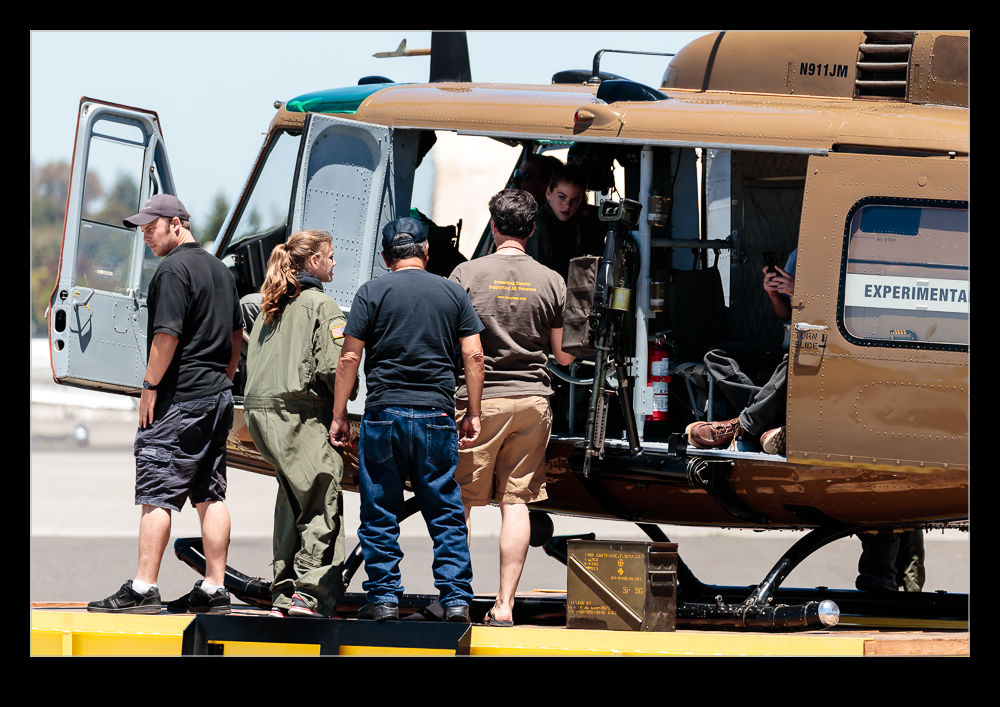 The Huey is an iconic airframe.  The big two blade rotor beats the air into submission and you can hear it from a long way off as a result.  Having the doors slid back to give access to the cabin and the gunner positions means you can see straight through the fuselage.  It also means the occupants of the cabin get a good view of things outside.  They transitioned from the hover outside the hangar along the taxiway before heading off for some local flying. Then they would return for a change or a break for lunch.  Great fun to see them in action.  Check the group out at their website, http://www.hueyvets.com. 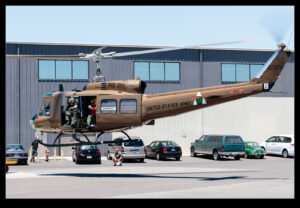 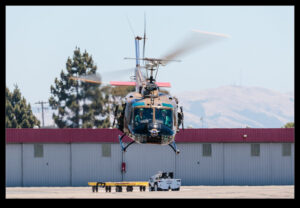 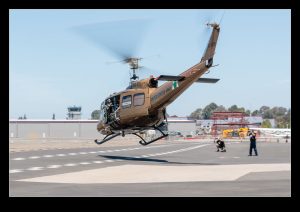 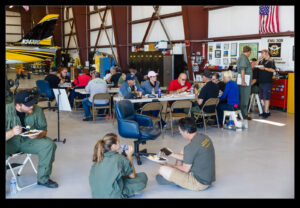 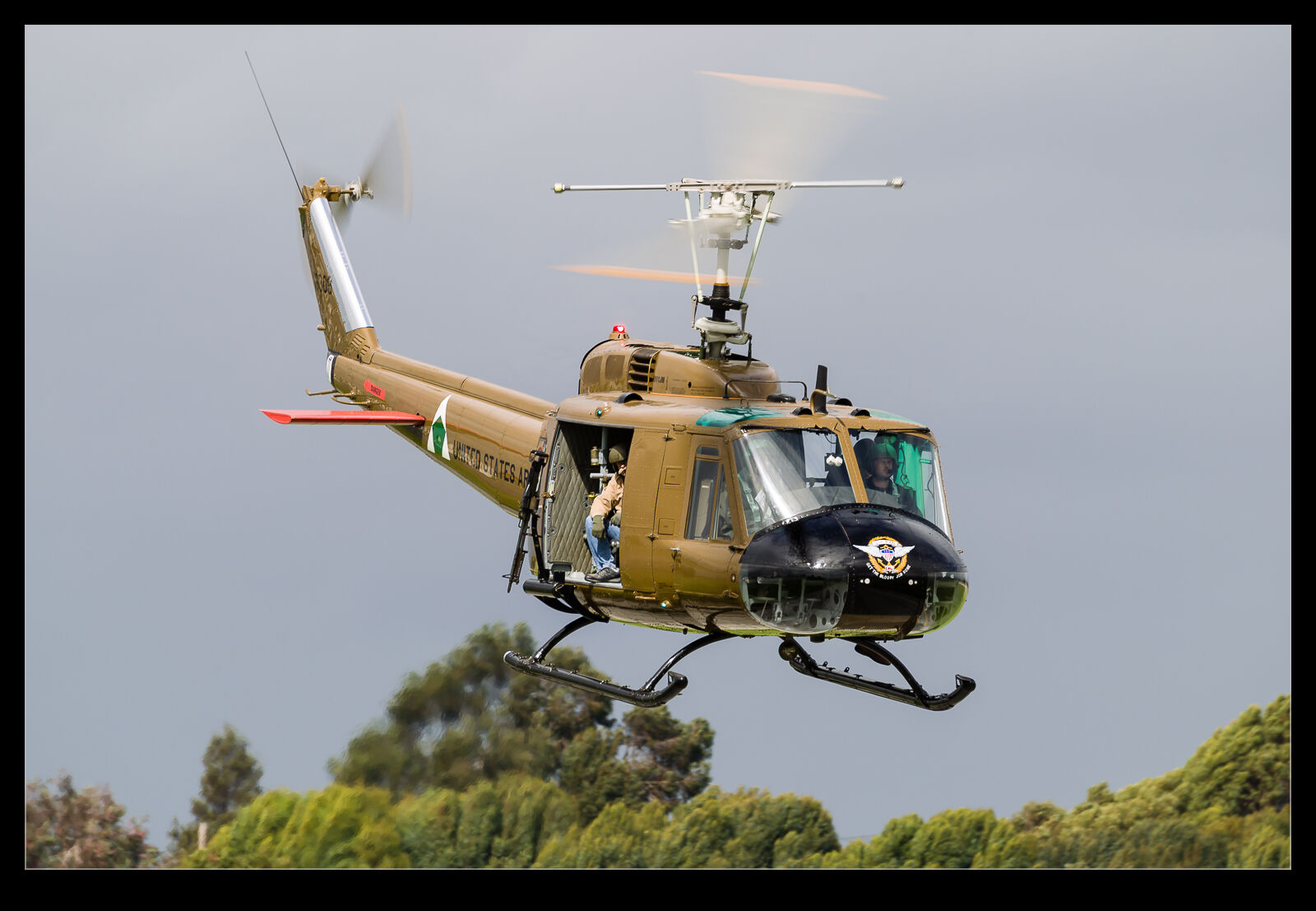 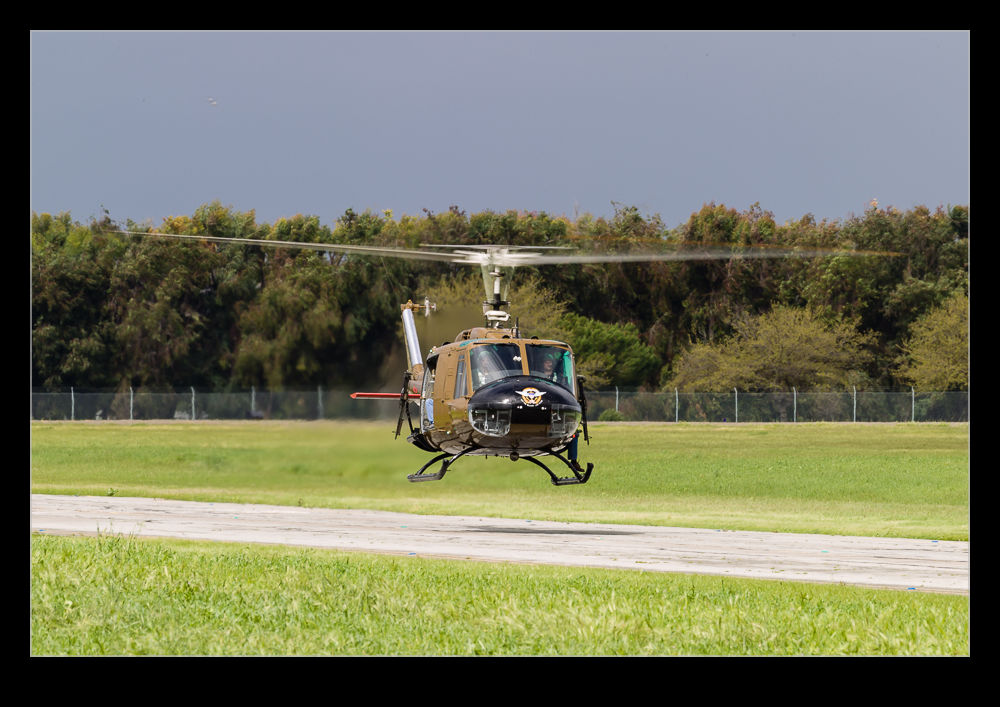 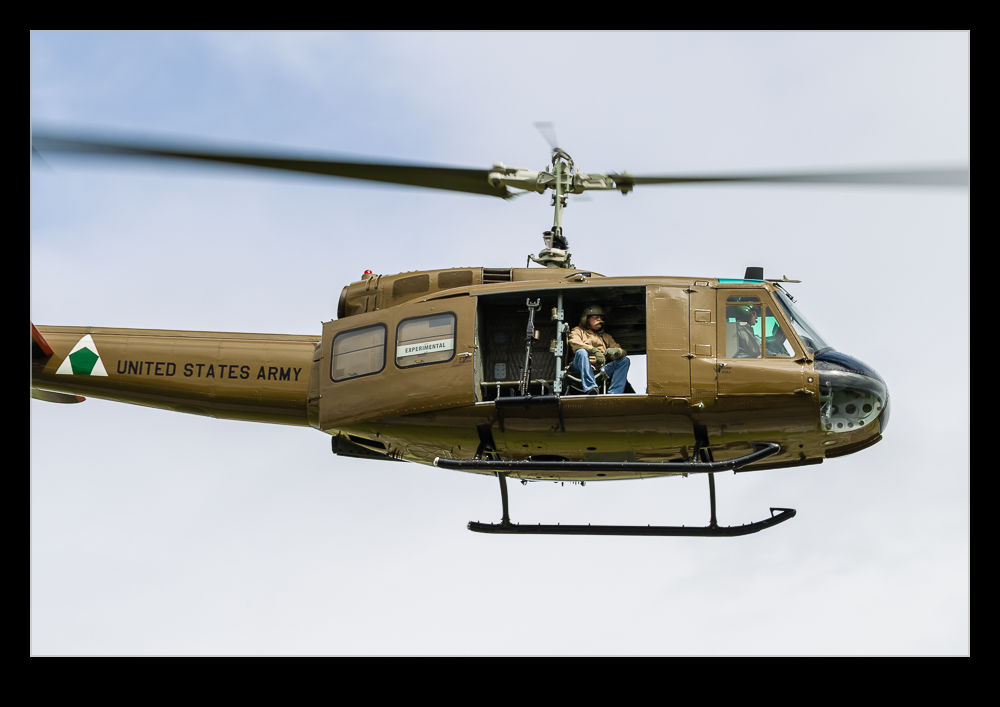 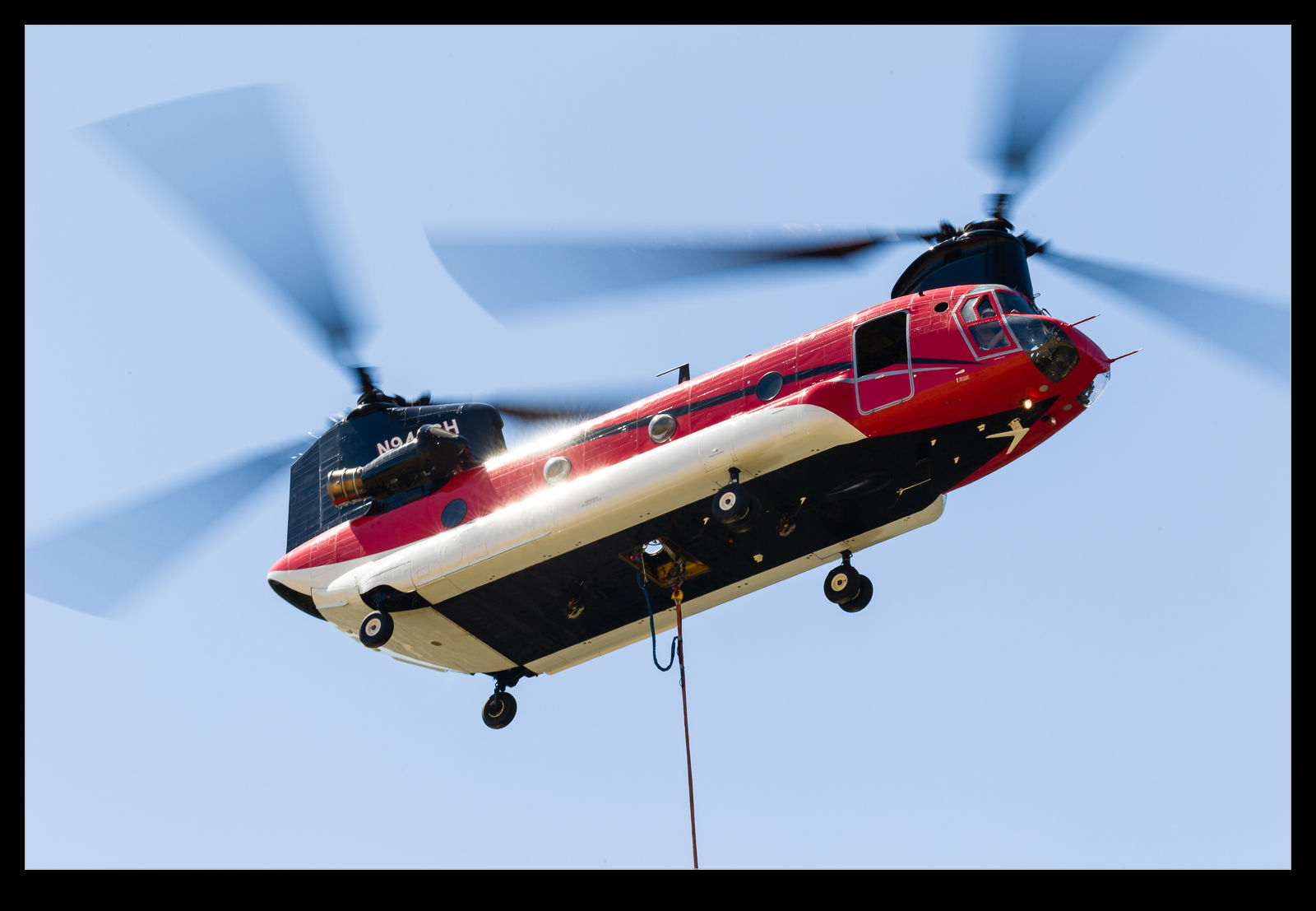 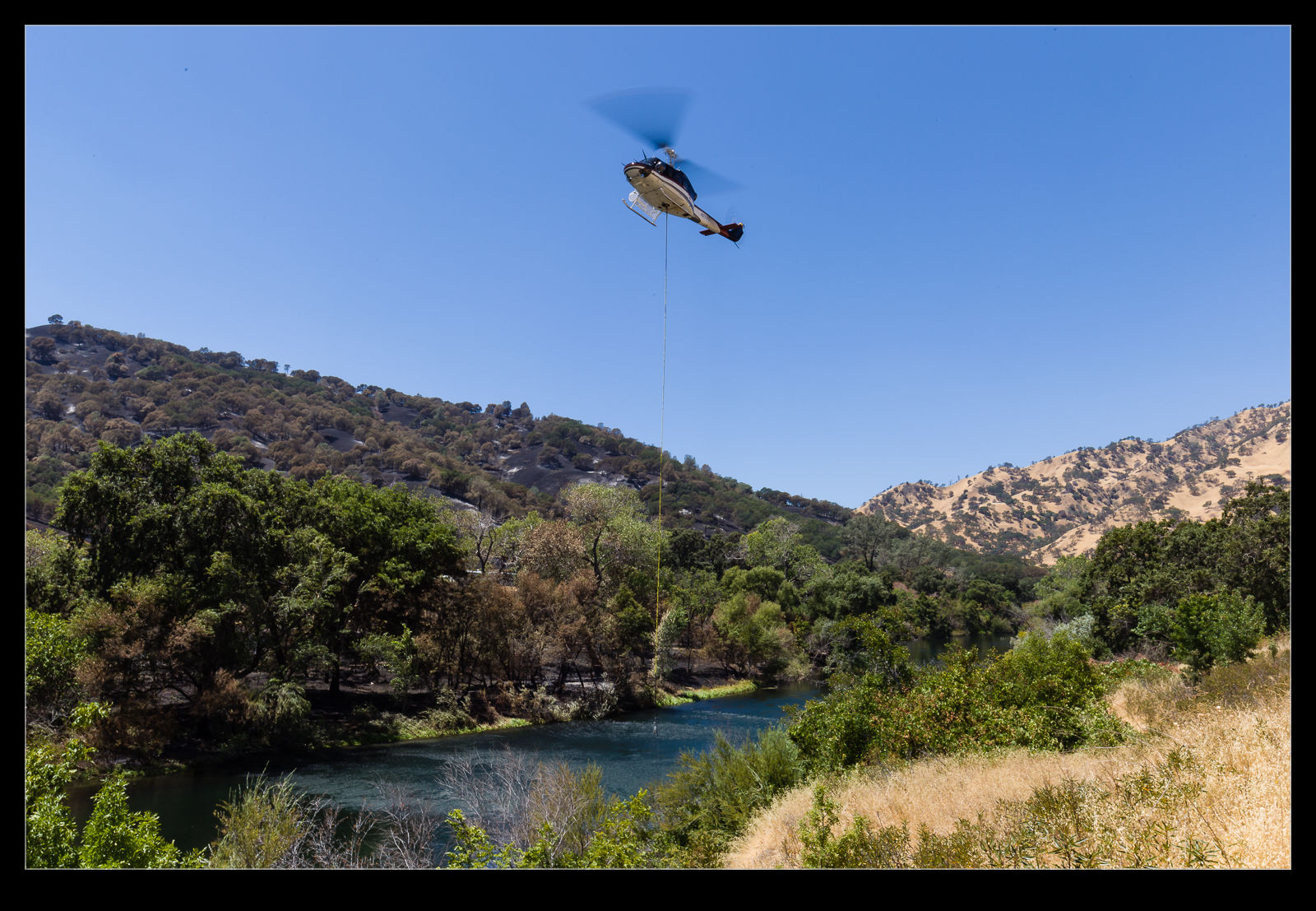 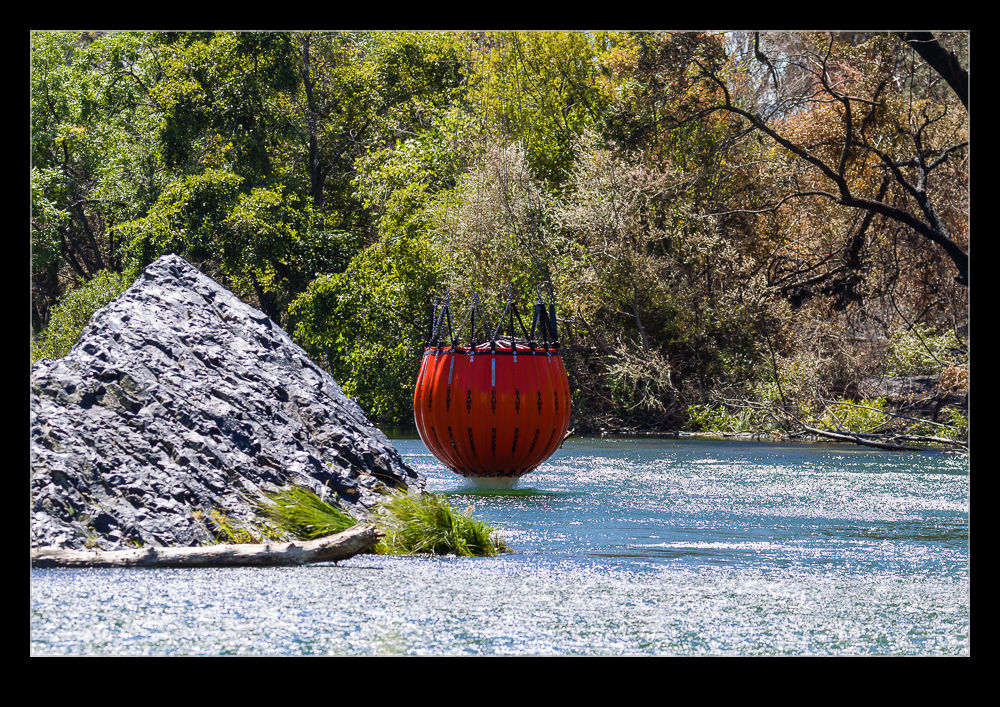 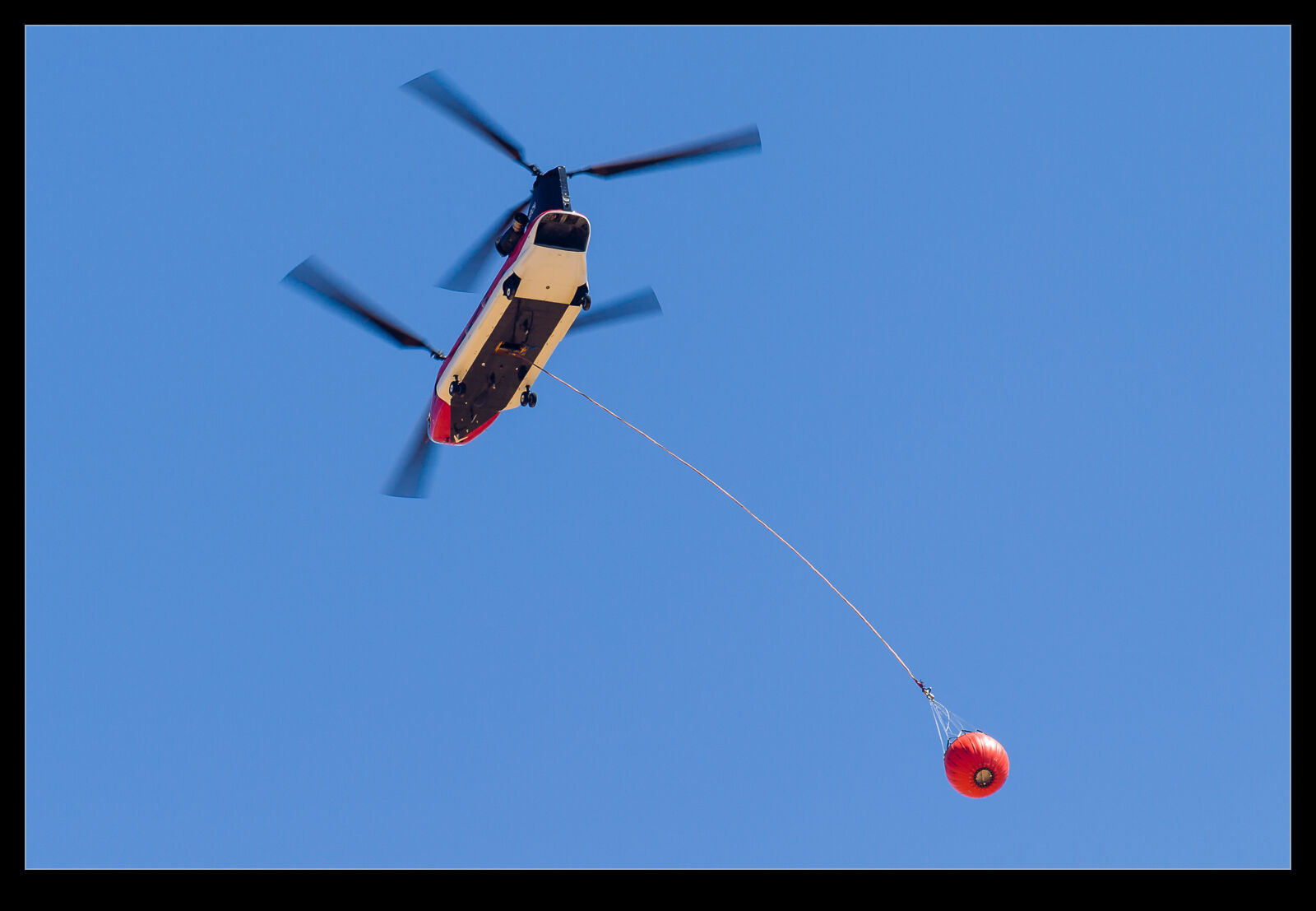 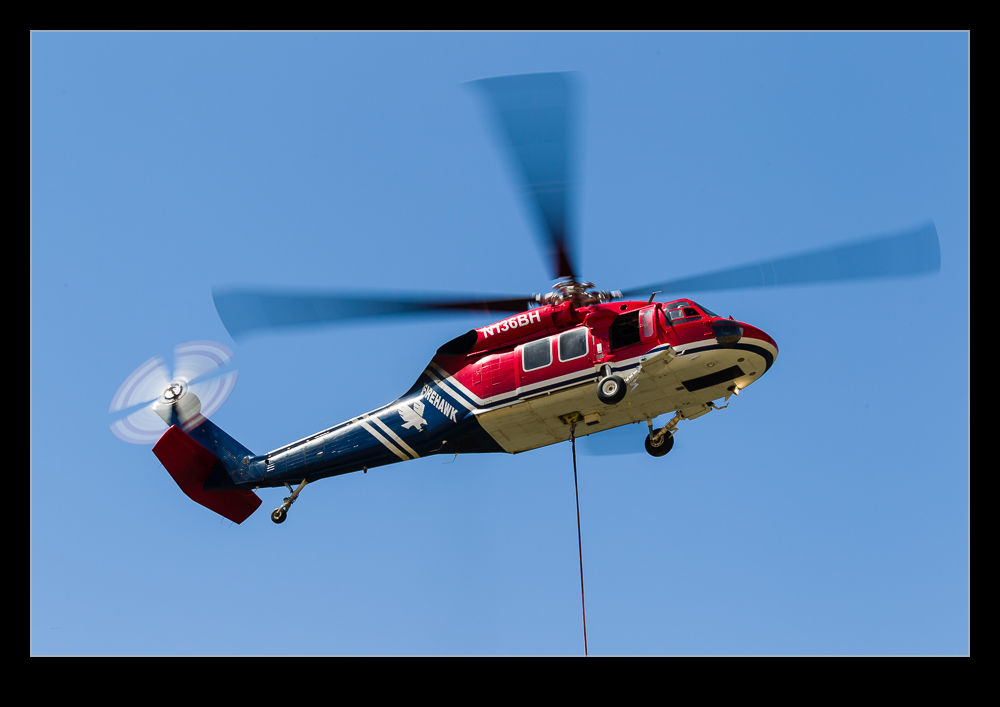 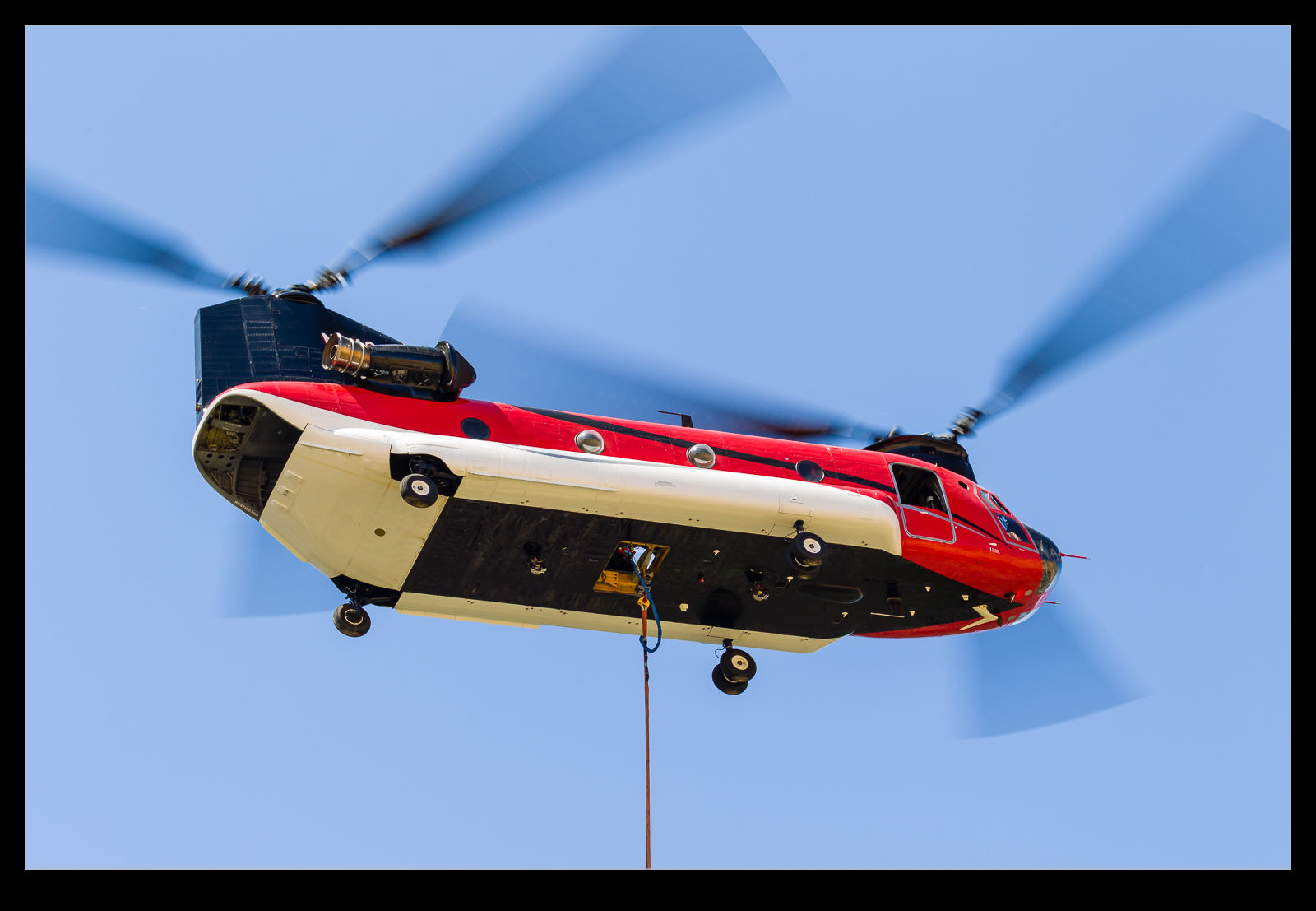 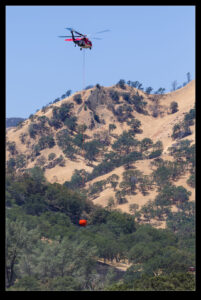 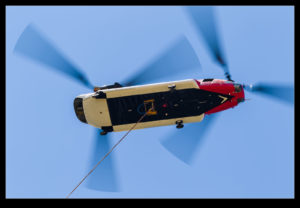