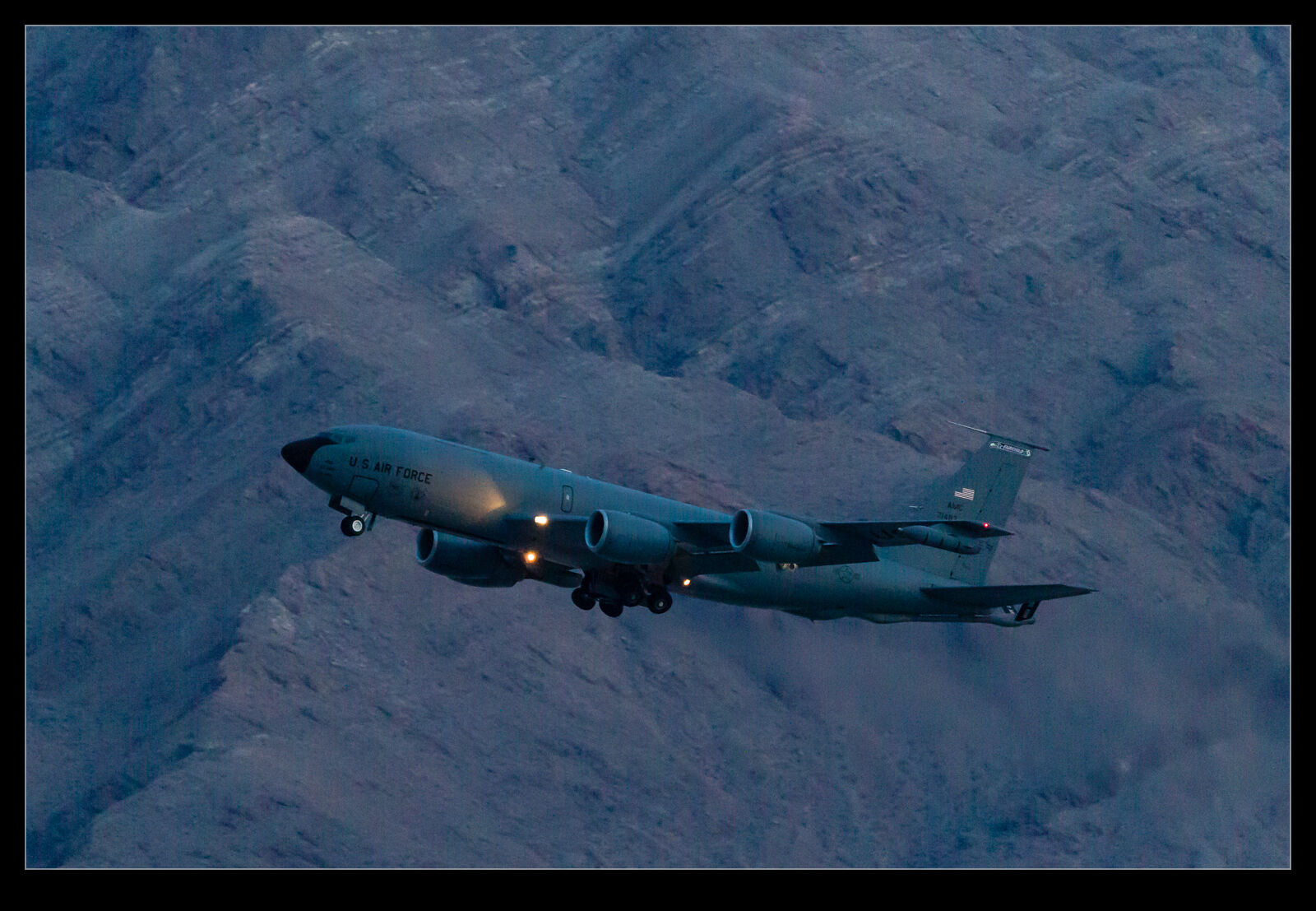 Adobe periodically updates the processing algorithms that are used by Lightroom and Photoshop. Each update provides some improvements in how raw files are processed and it can be good to go back to older shots and to see how the newer process versions handle the images.  I find this particularly useful for images shot in low light and with high ISO. 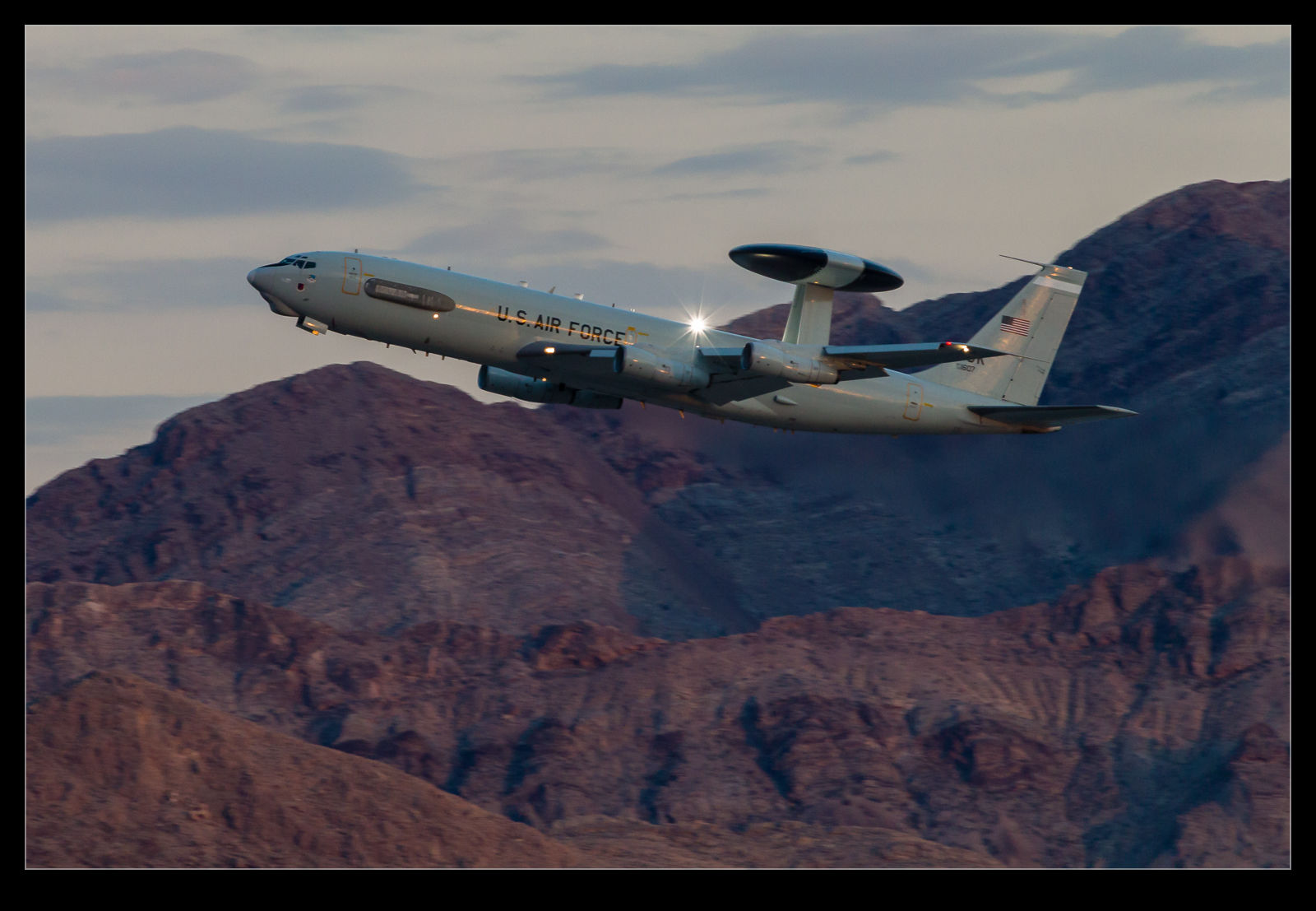 I have some standard process settings I use but have also experimented with modified settings for use with high ISOs and the higher noise levels that come with them.  I got to some night launch shots from an old Red Flag exercise and had a play with the images.  The E-3 launch was actually as the light was going down but it still had some illumination so it didn’t need much work. 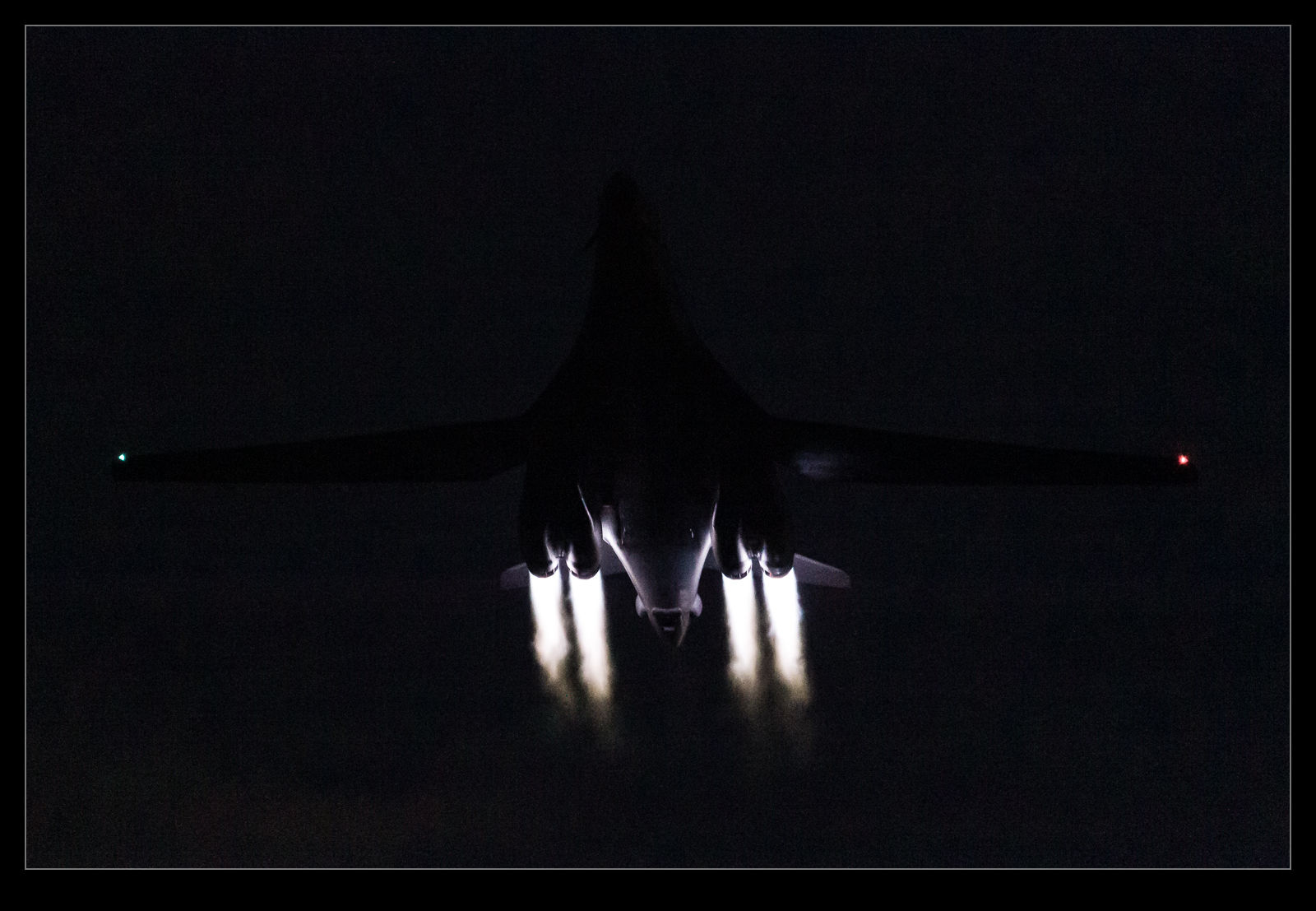 The KC-135 and B-1B shots were a different story and were at high ISOs and with very little light.  I was able to update the process version and apply some new settings I had worked out since the original processing and it resulted in some pretty reasonable outputs considering how little light there was to work with. 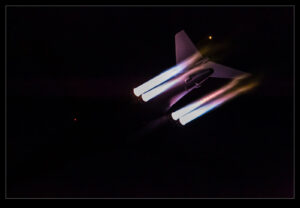 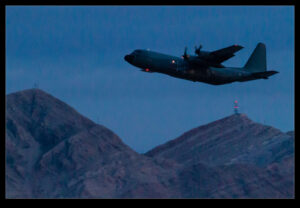 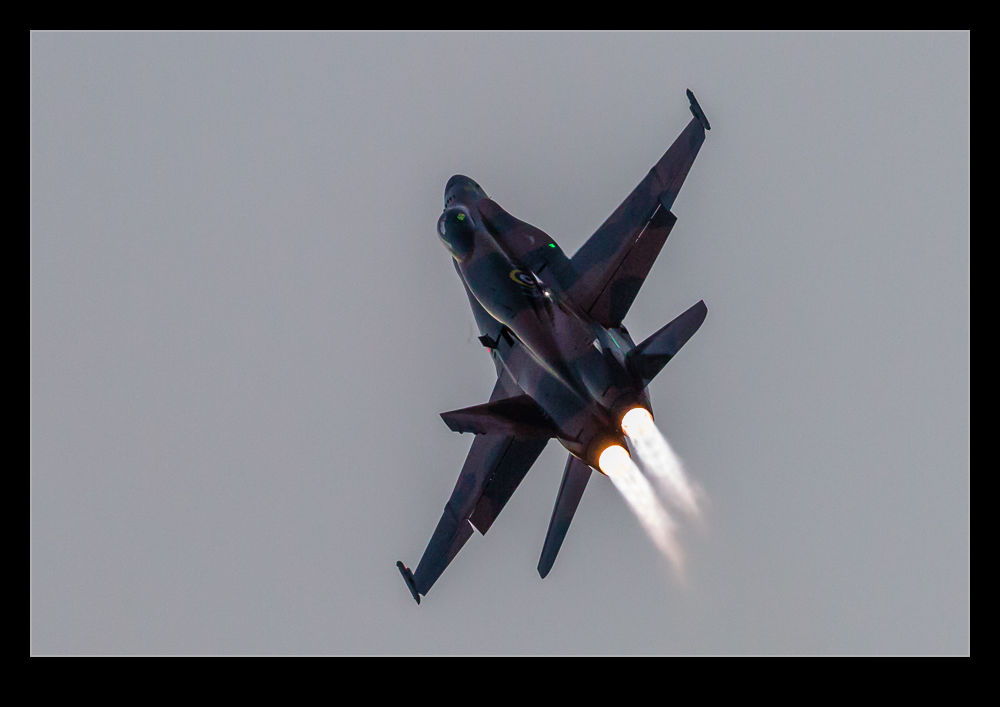 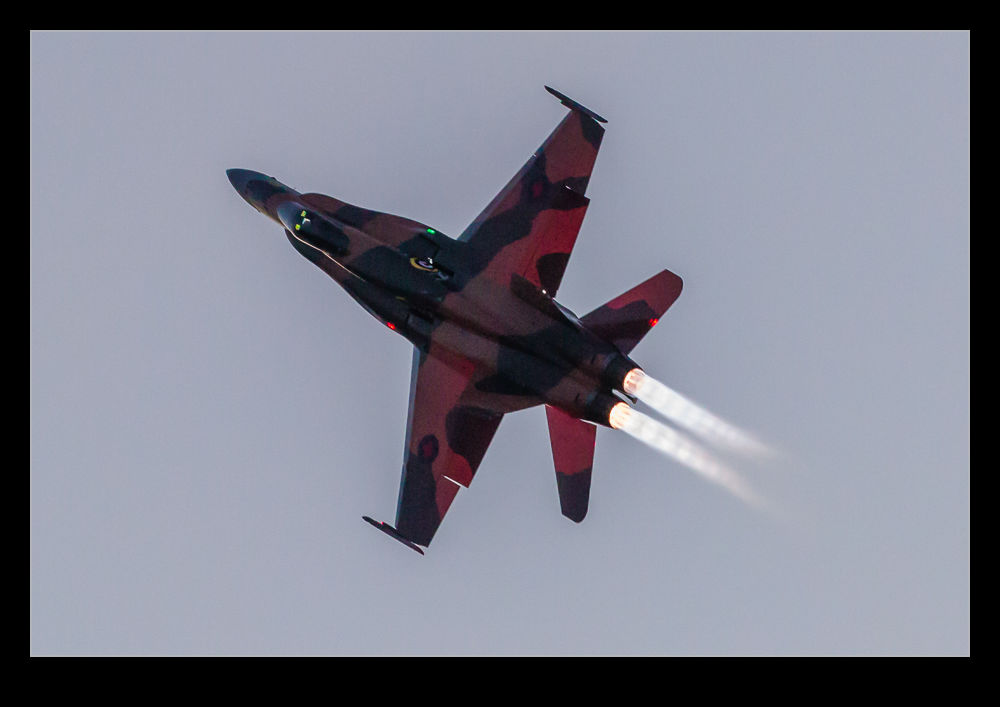 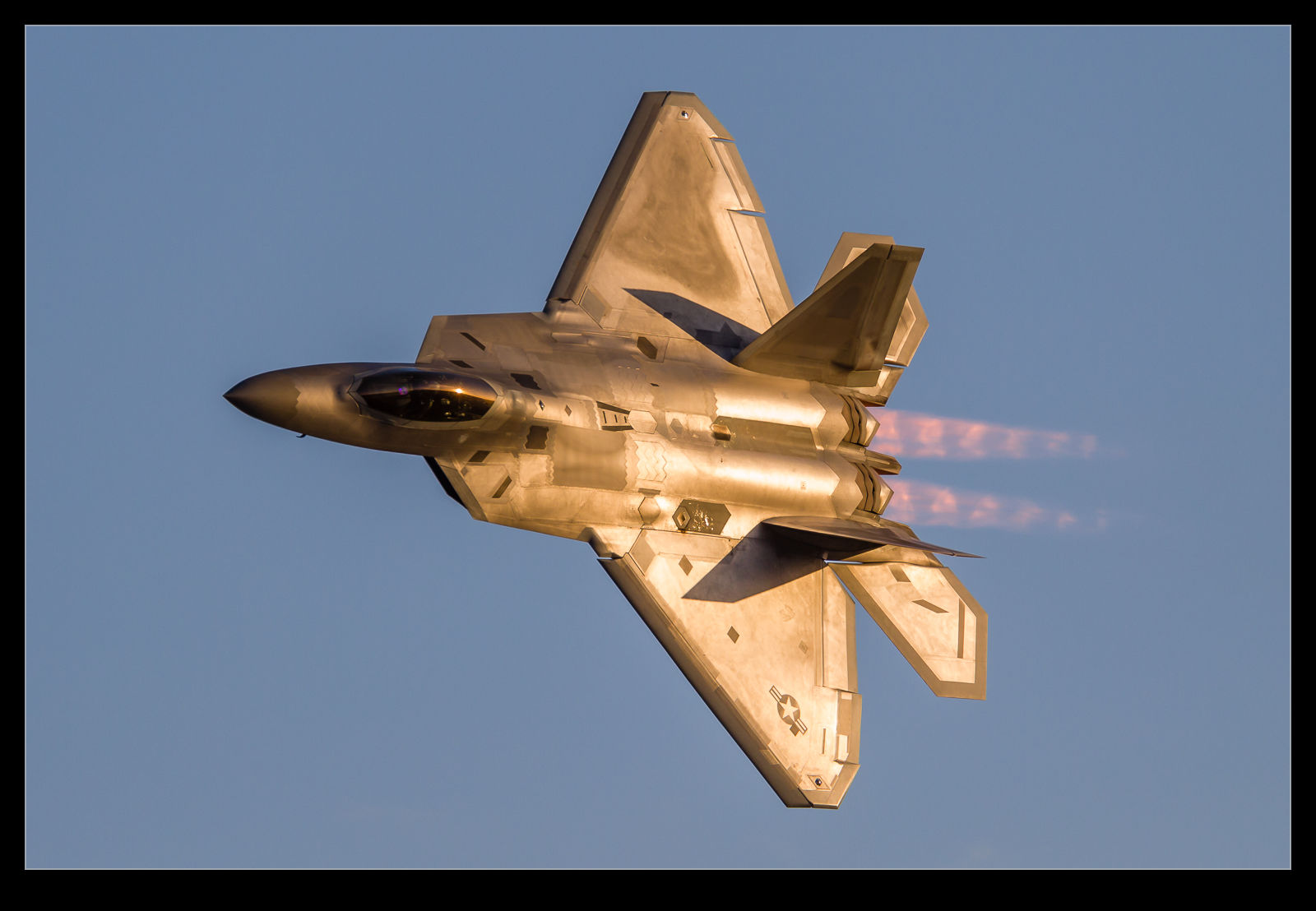 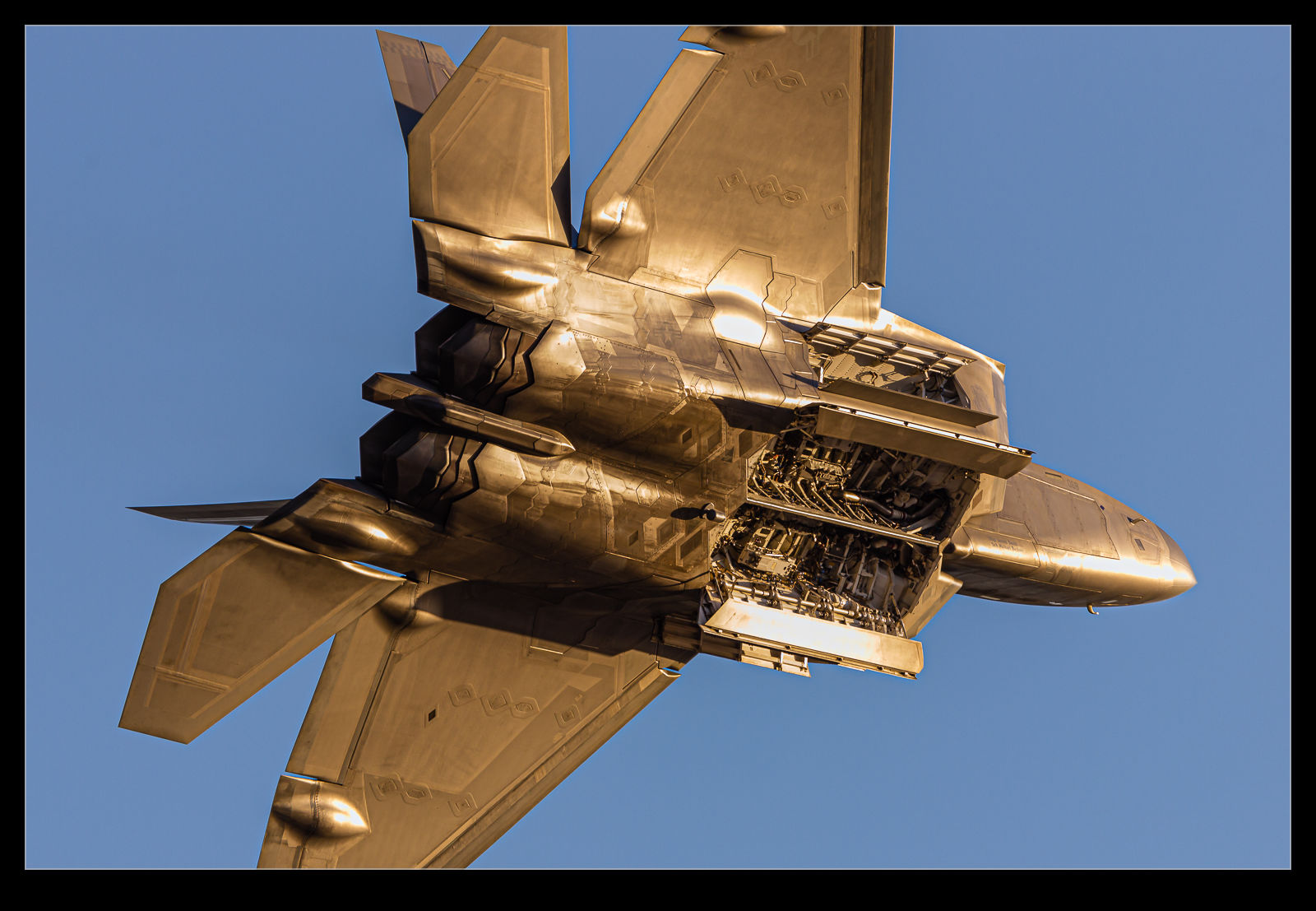 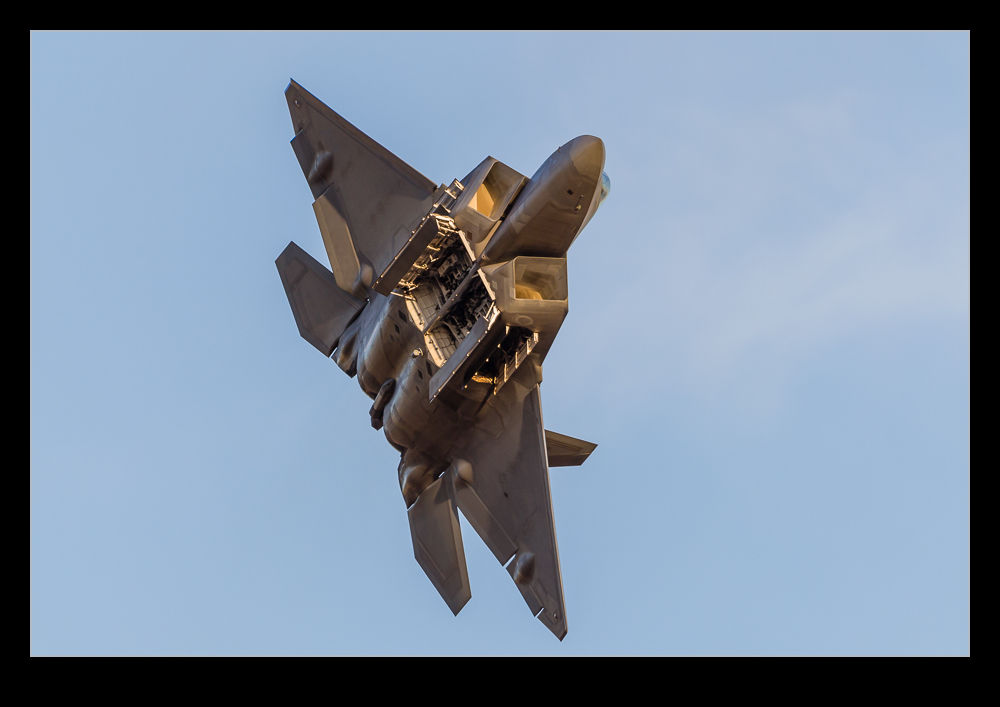