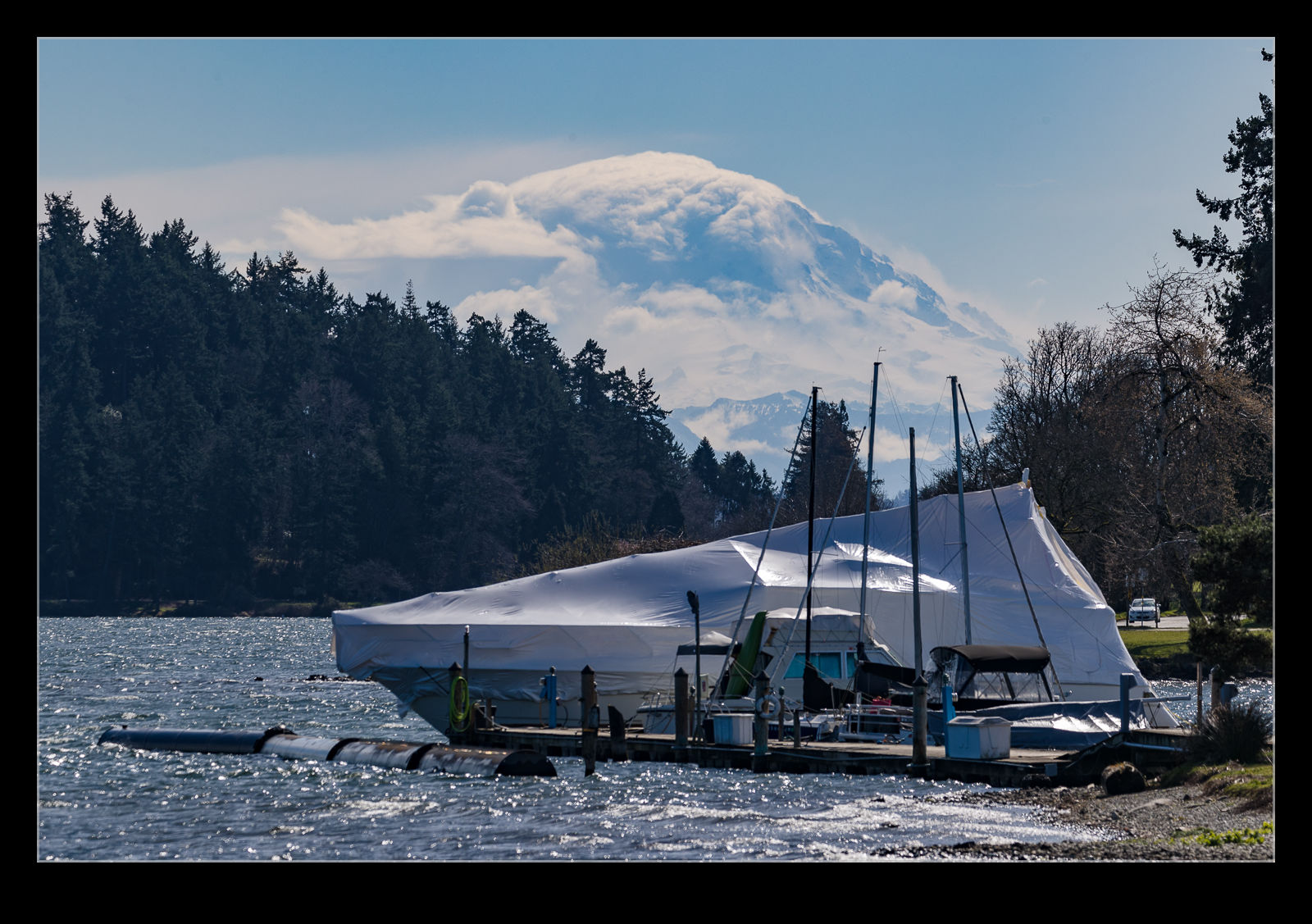 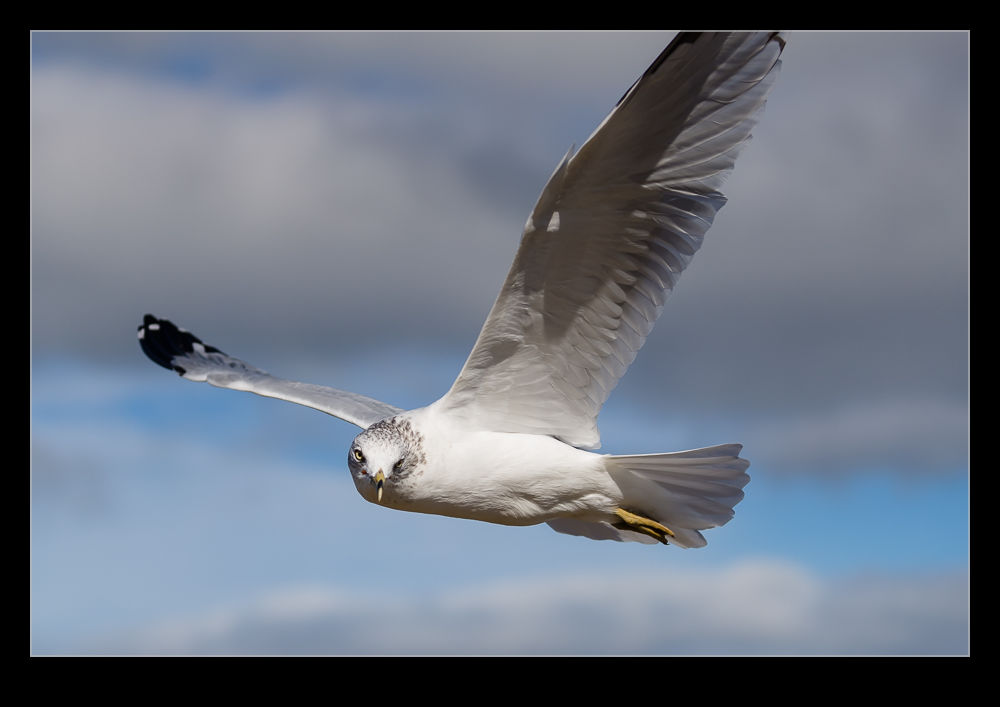 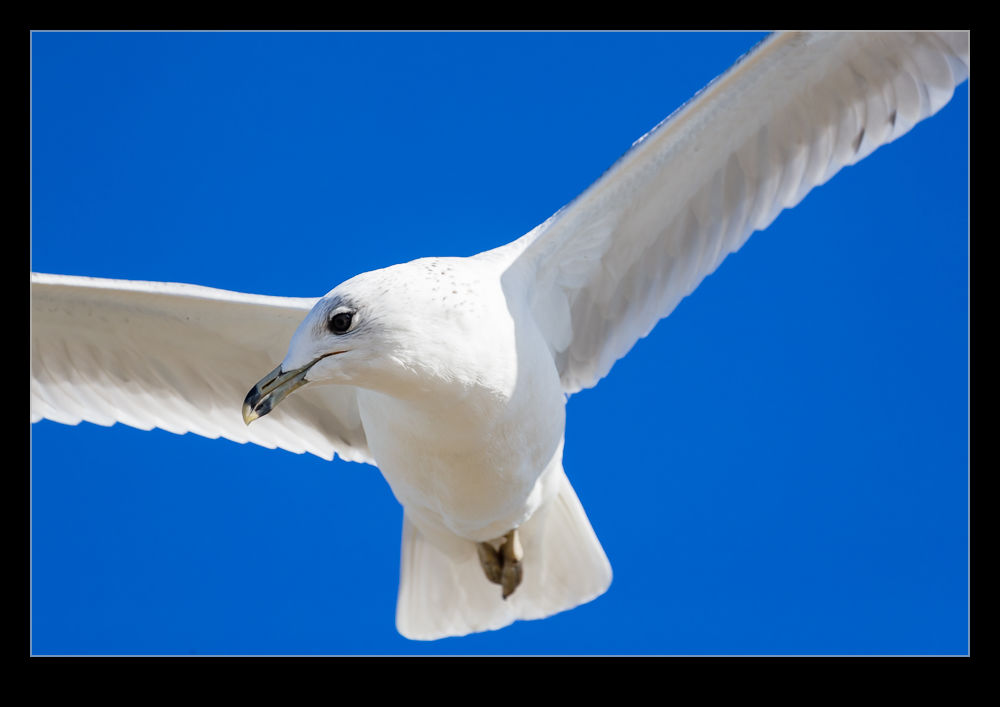 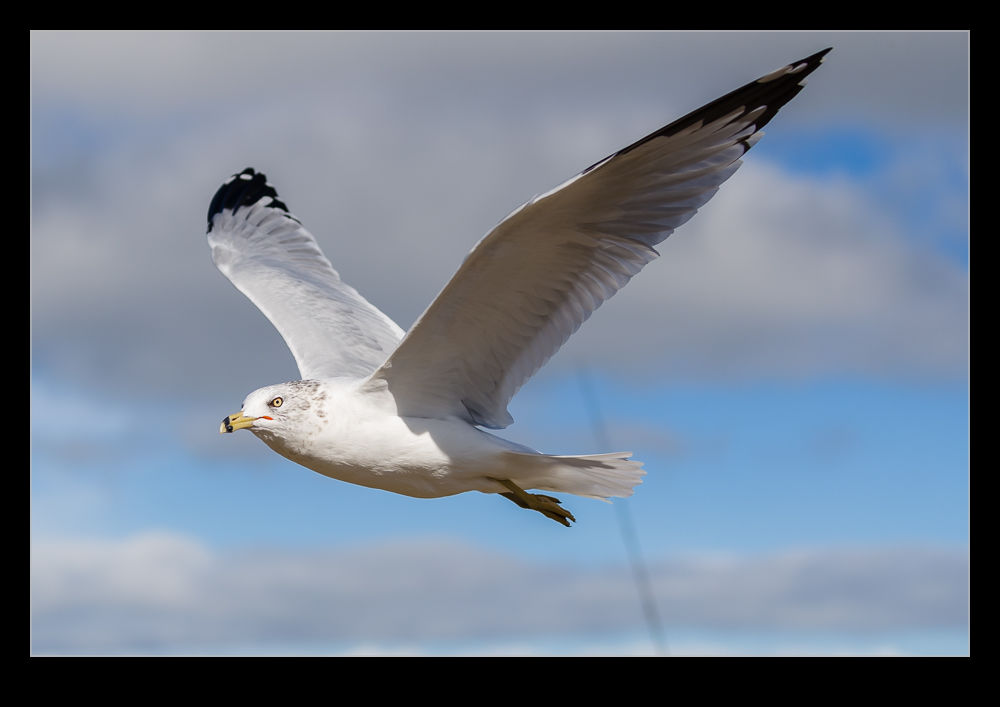 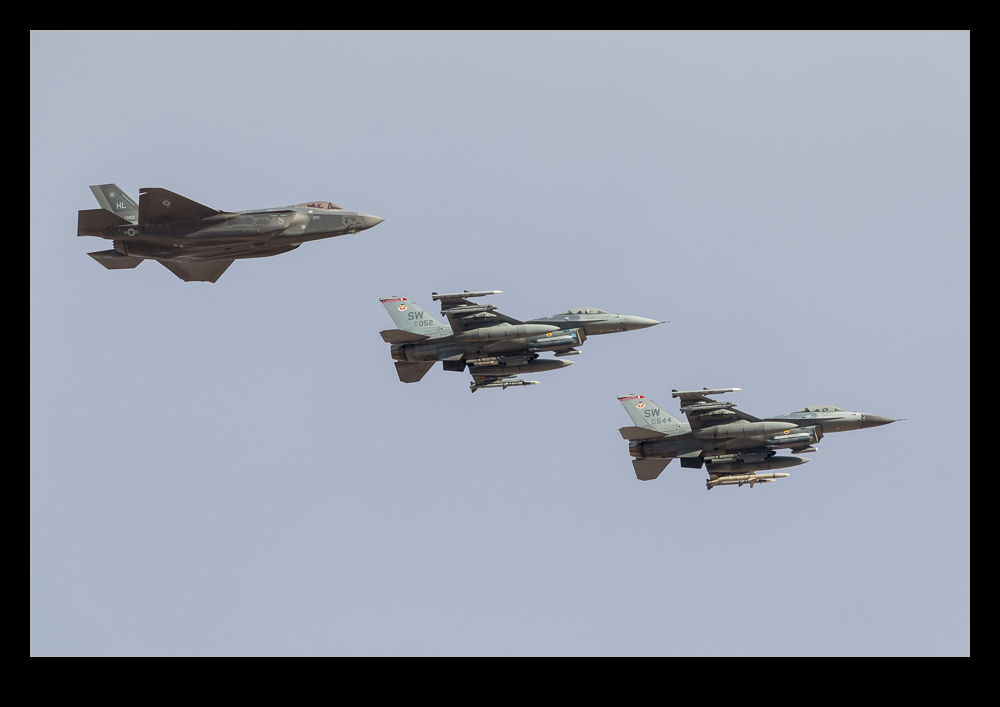 Returning jets from the Red Flag missions often come back with the other jets from their units.  However, you do occasionally get a mixed formation or two as a straggler joins up with some other jets for the run in and break.  This time, it might have been my imagination, but there seemed to be more mixed formations than normal.  We discussed whether, with the F-35s taking part in larger numbers, other pilots were kind of keen to get in formation with them and check them out from closer quarters.  Whether that was the case or not, whether there was another reason or perhaps it was just coincidence.  Whatever the reason, we got a few mixed groups and not always just with the Daves! 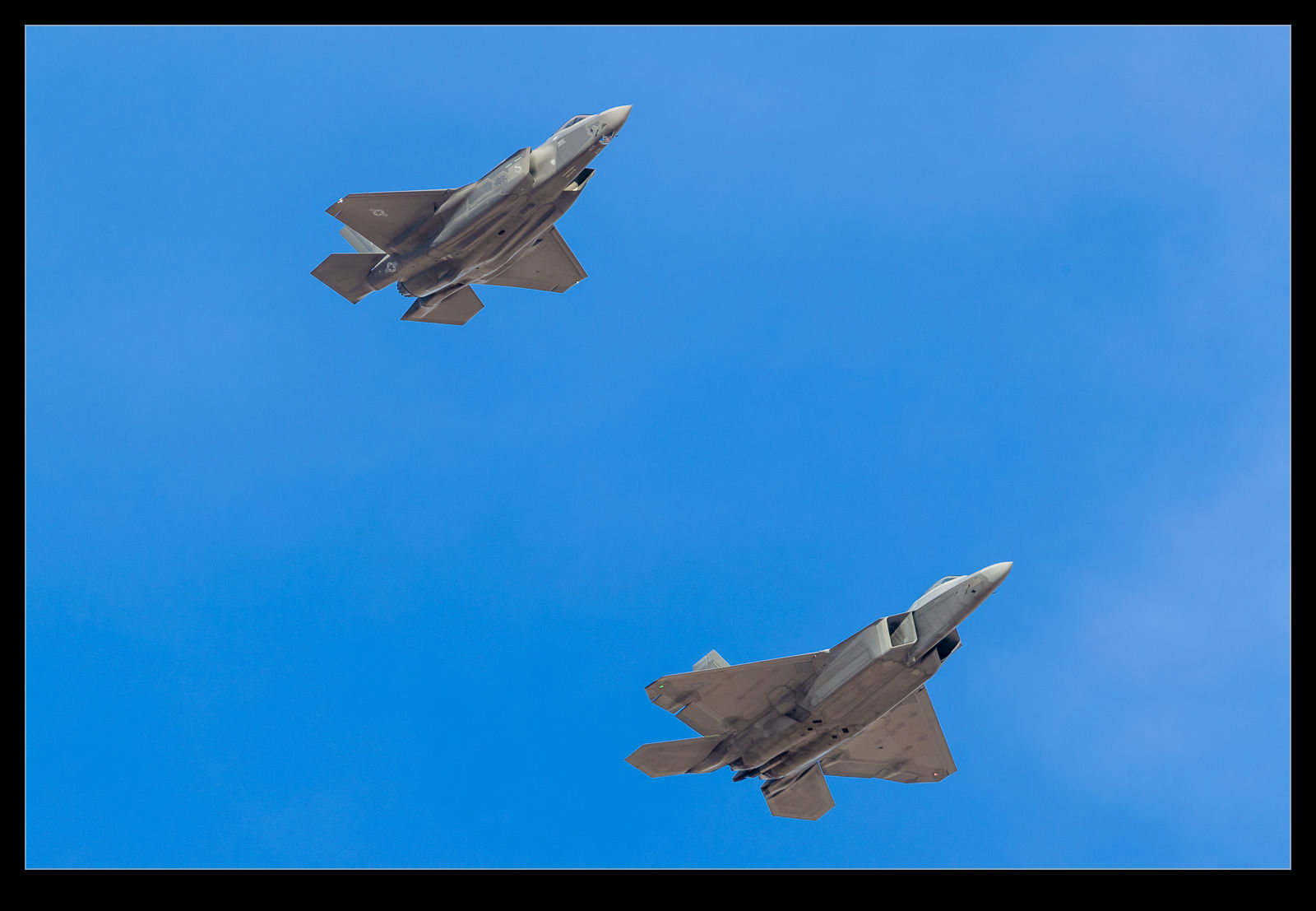 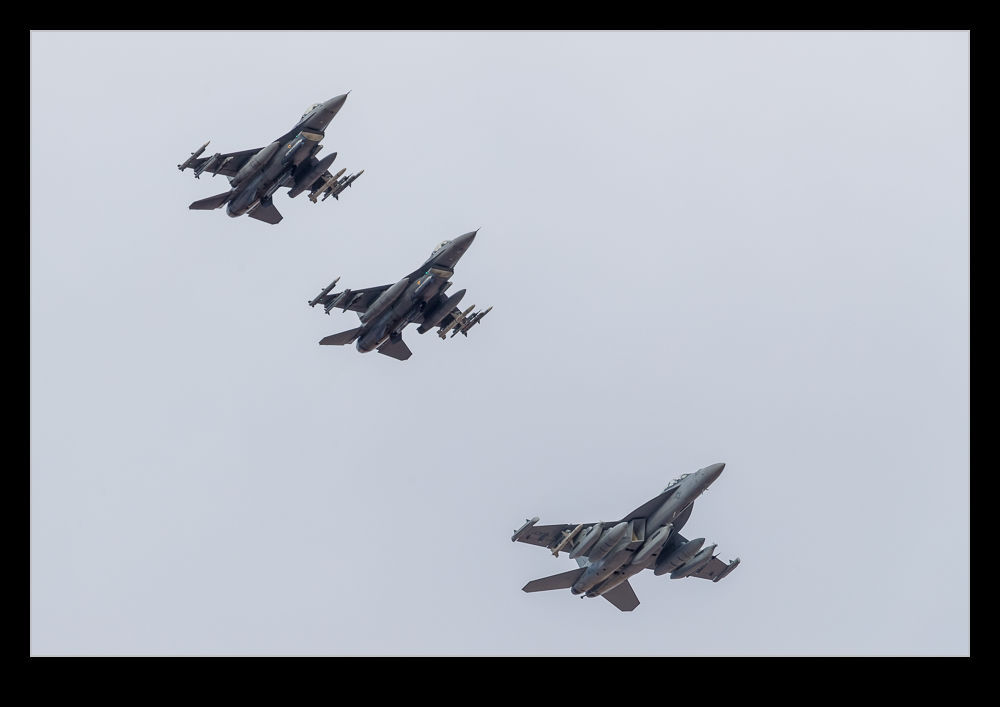 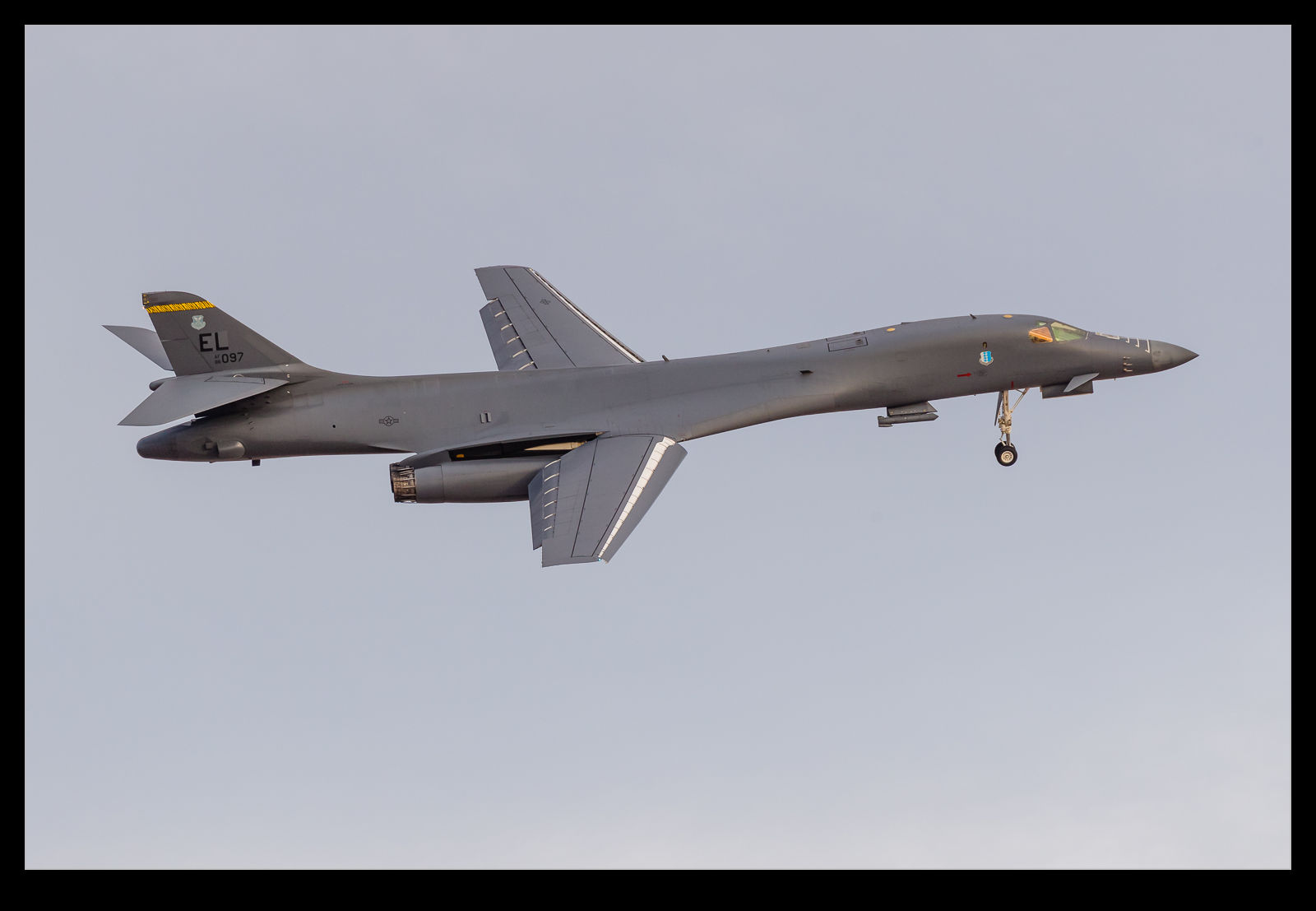 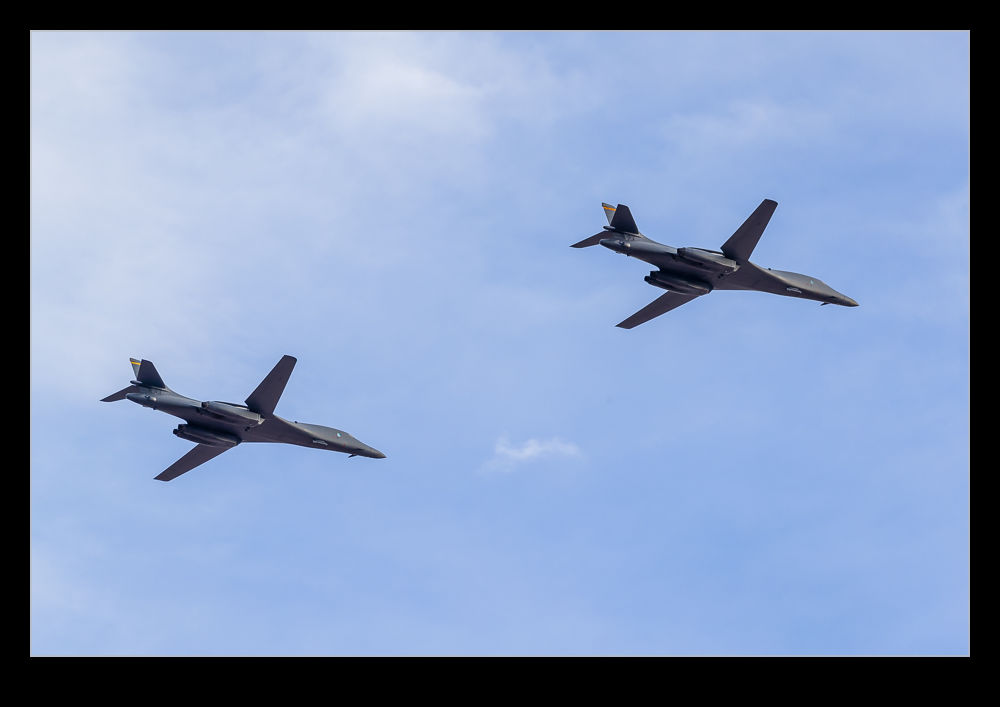 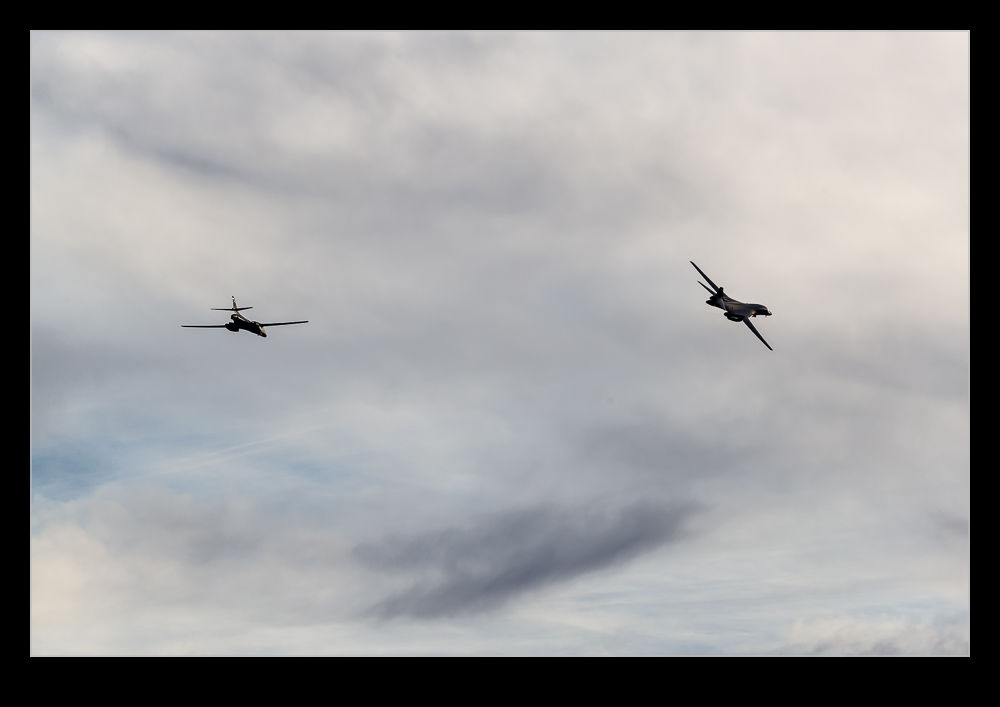 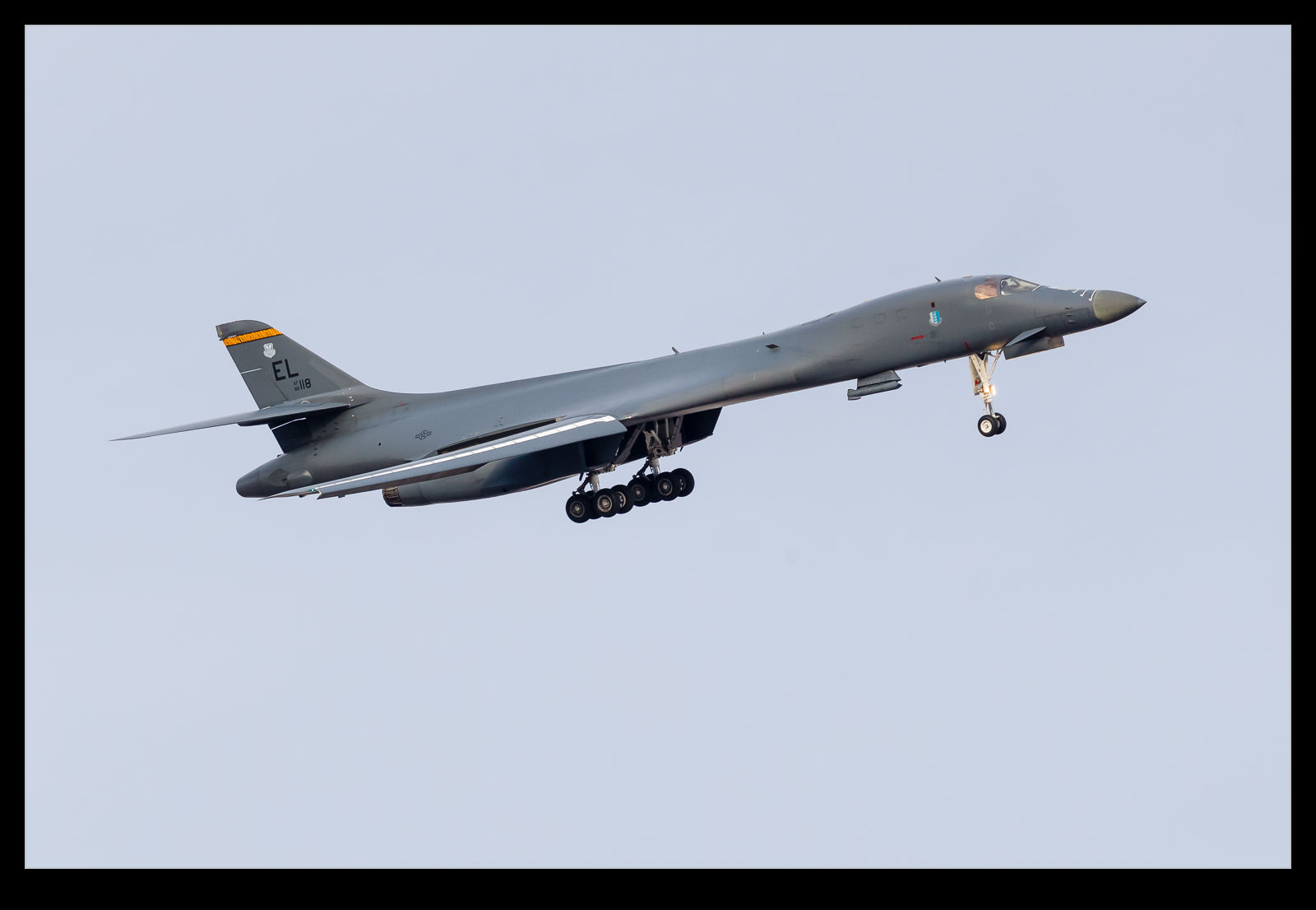 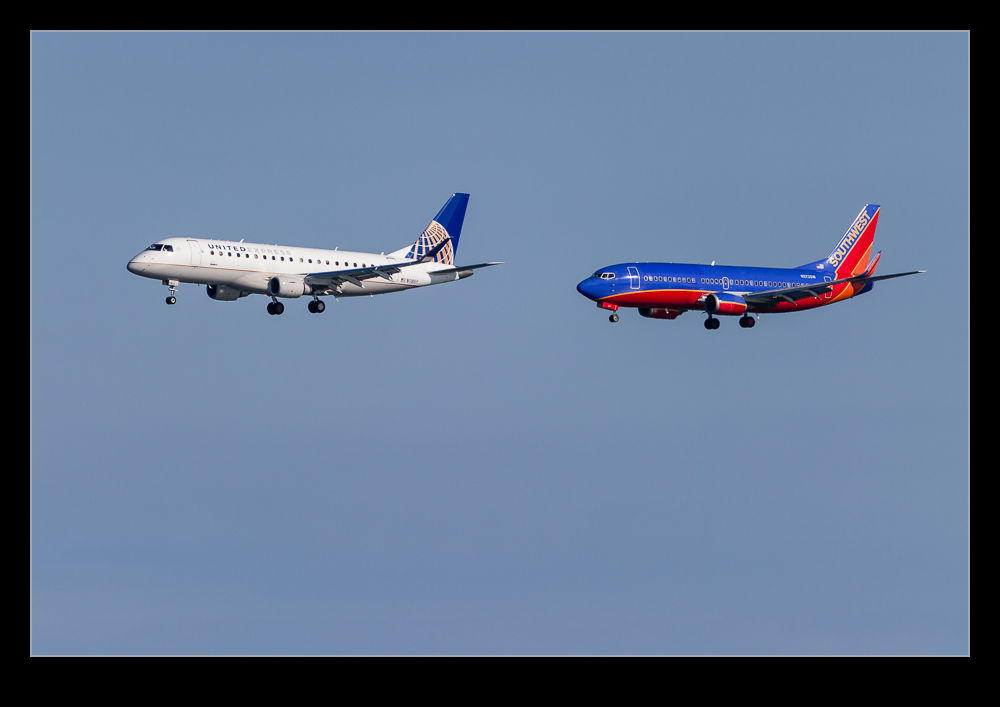 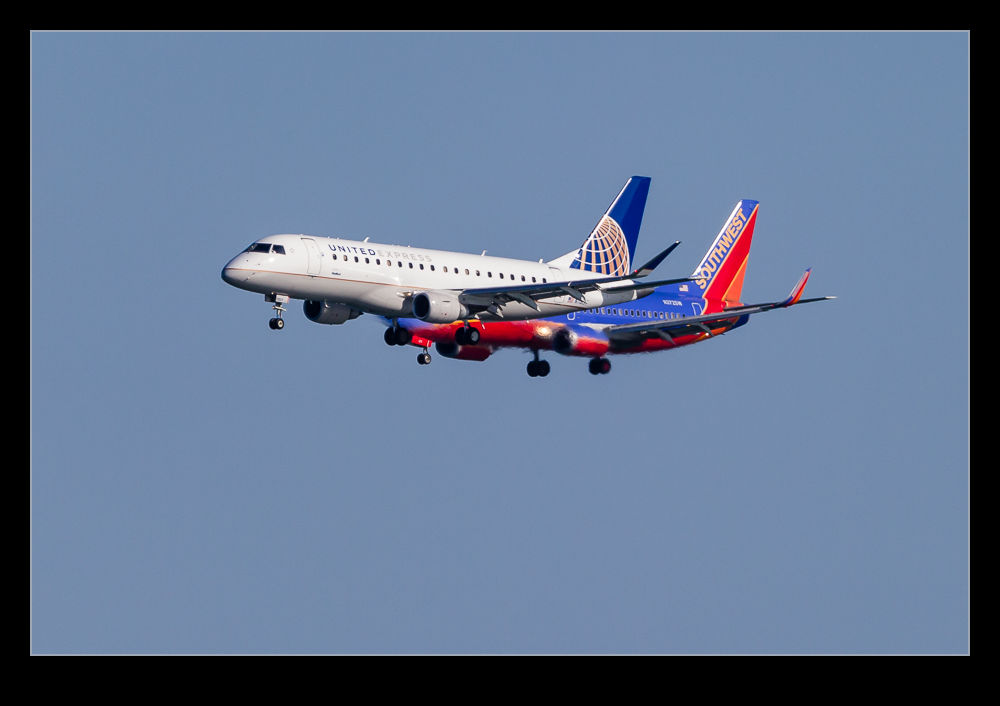 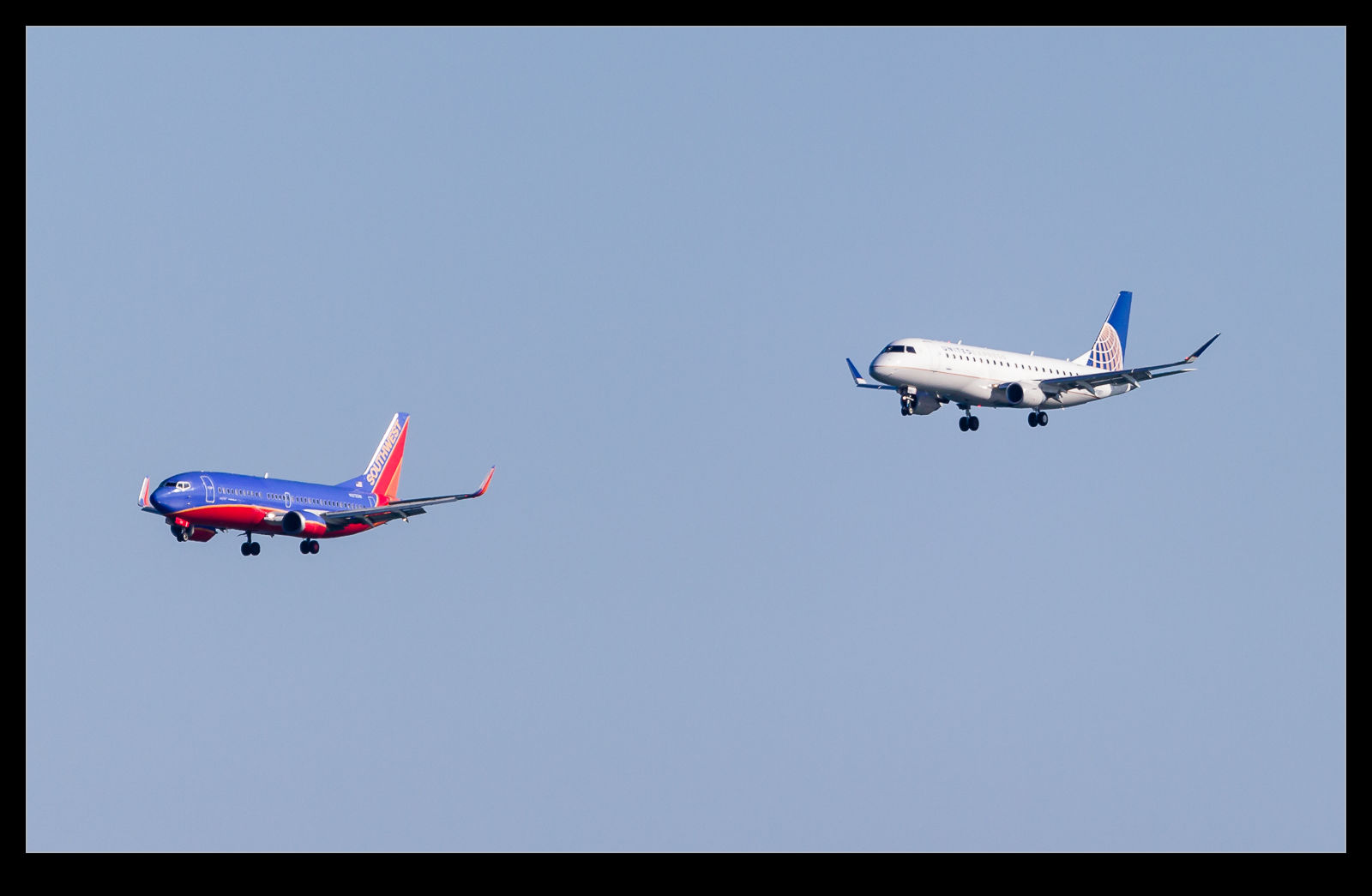 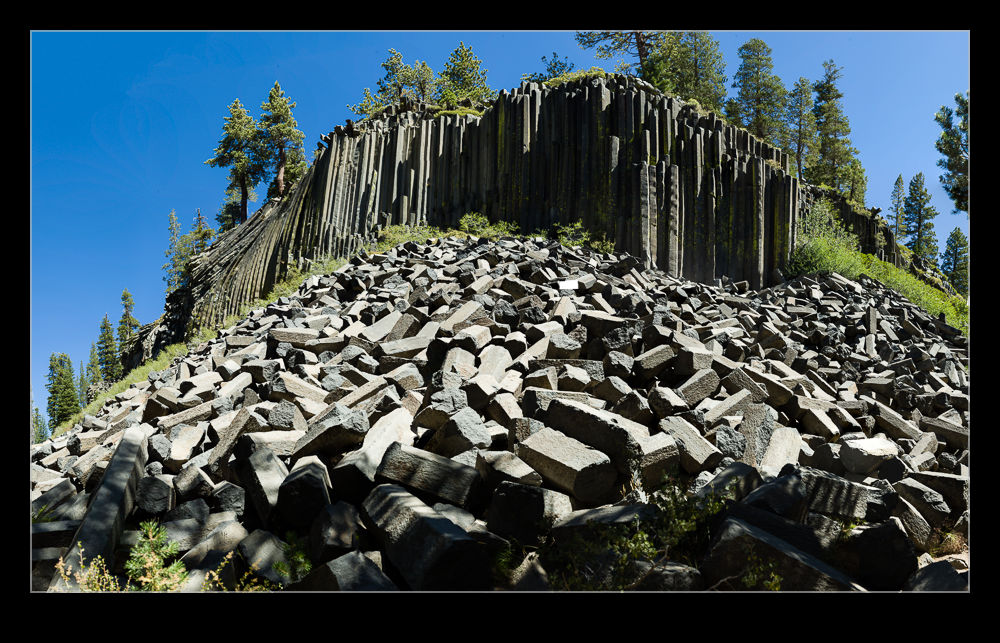 A trip to Mammoth Lakes for a long weekend had us exploring some of the local areas of interest. One that our guidebook recommended was The Devil’s Postpile. This was described as an outcrop of basalt formed during the volcanic activity the area experienced quite a while back. We decided to give it a go. I like geologic features and having grown up with pictures of the Giant’s Causeway in Ireland, I knew what basalt could look like. 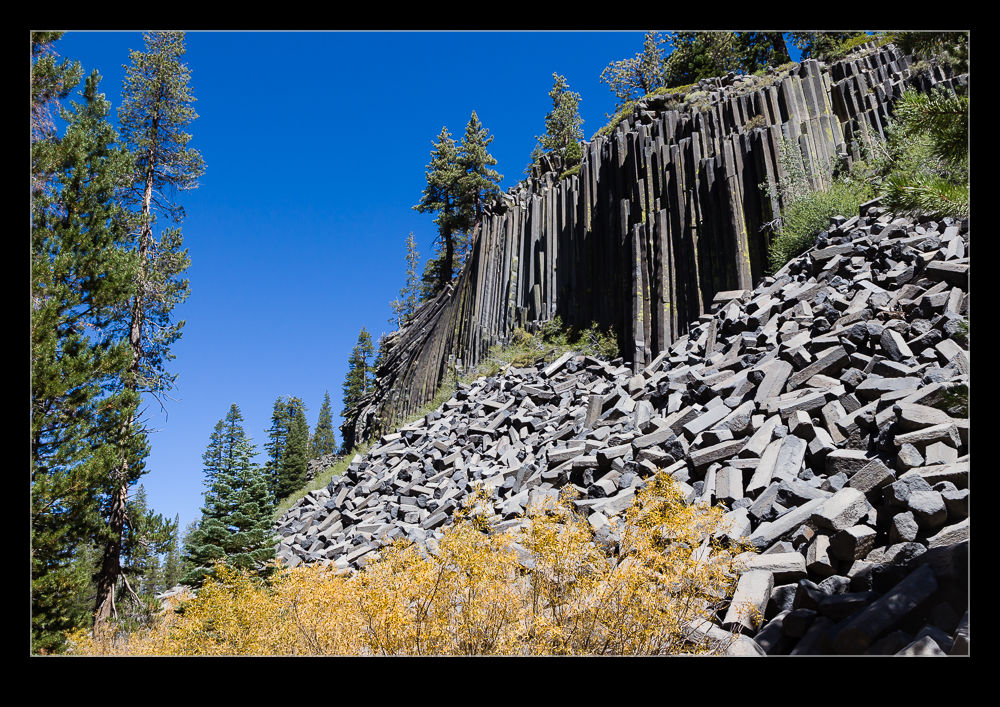 We weren’t the only ones with this idea. The valley in which the Postpile is located is accessed by a steep, narrow, winding road. Consequently, traffic is very restricted and most visitors use the shuttle bus. This was a lot of people the day we were there and the line for the bus was long and slow. At one point we contemplated bagging the whole thing. We set some time thresholds to be on the bus and we were just inside these when we finally got on board. 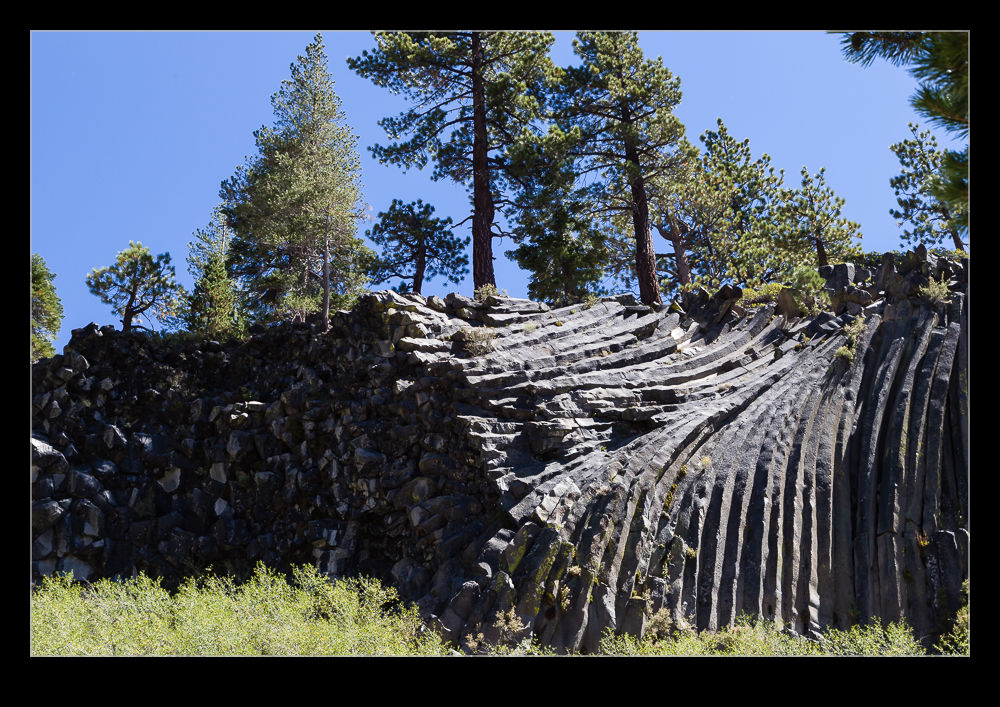 It is a short walk from the bus drop off point to the rocks. They are certainly very cool. It is always hard to believe that rocks should form in these hexagonal columns naturally. In this case they are not only vertical but some sections have distorted in different ways so it is a mix of patterns. The harsh shadows of the middle of the day actually helped to emphasize the interesting patterns. 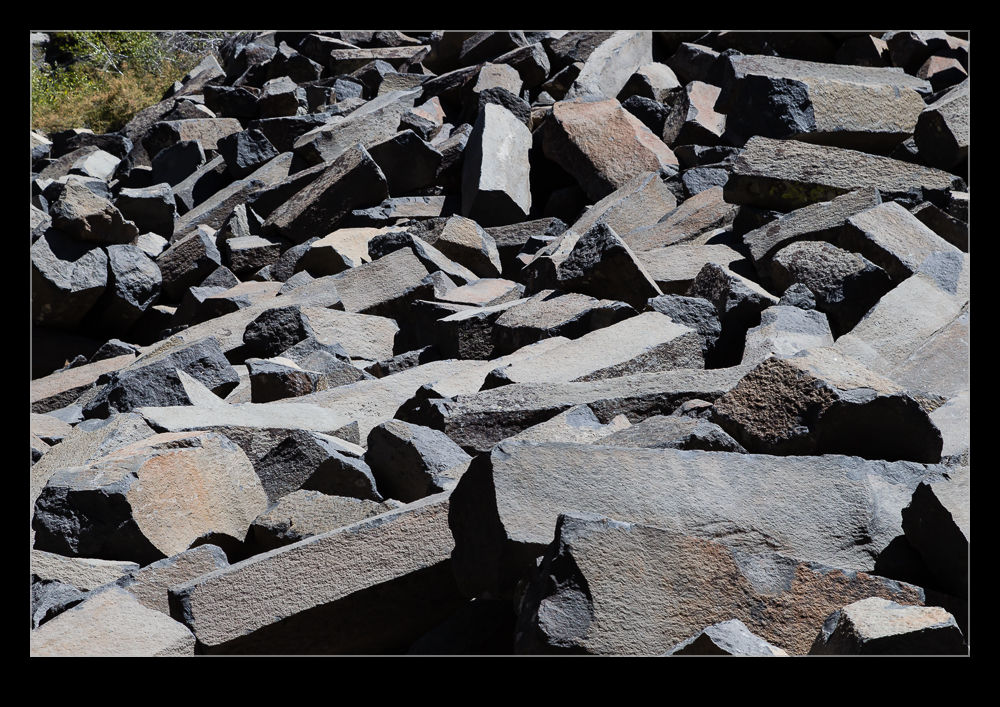 There was a lot of fallen rock in front of the hill which gave some interesting perspective on the size of the columns. When some of the pieces had been split, it was good to see how black the interior was unbleached by years of sun. 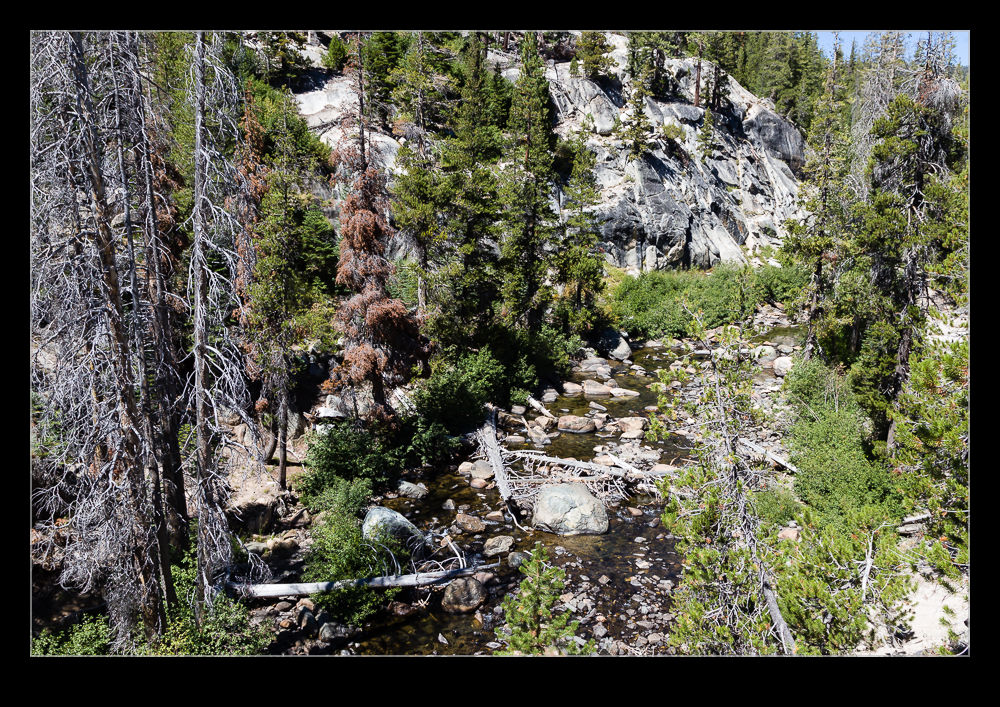 However, the best was yet to come. I was wandering behind the trees to see a view of the hills behind us and to get away from the crowds for a moment. I ended up on top of a ridge overlooking the San Joaquin River. The view was beautiful. It was quite funny to think that so many people were wandering along the trail a short distance away and had no idea that they were missing out on a beautiful location. Of course, if they had realized, a part of the beauty would have been gone. 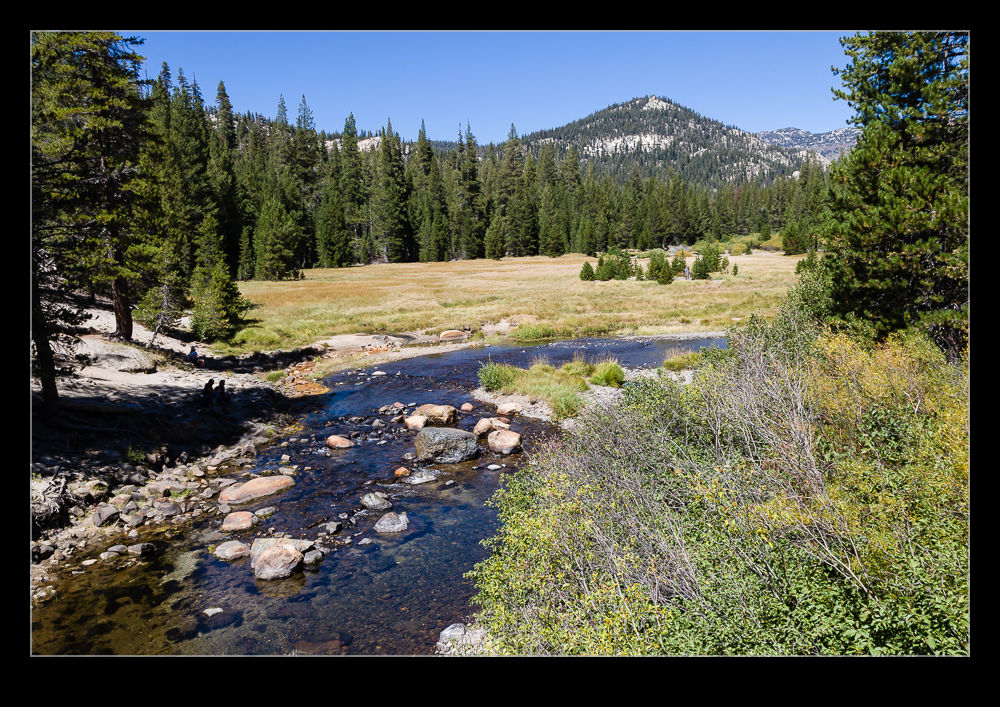 On the walk back to the bus, I made an effort to check out the side trails to see what was here too and got to share some of the lovely views with the others who had stepped off the main path. It always pays to poke around a bit. 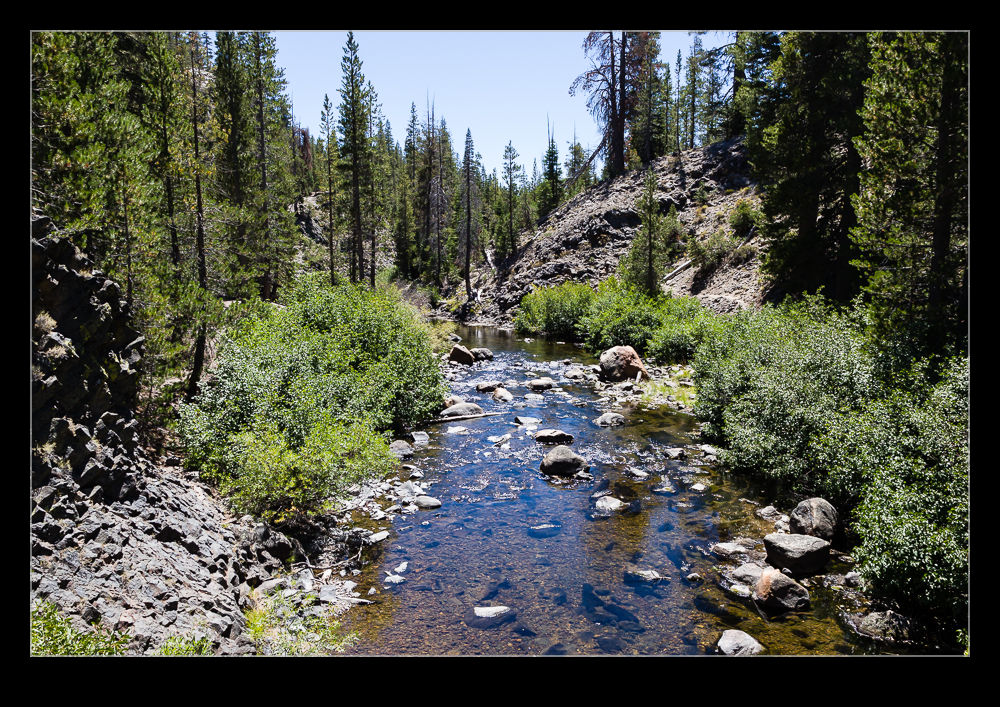