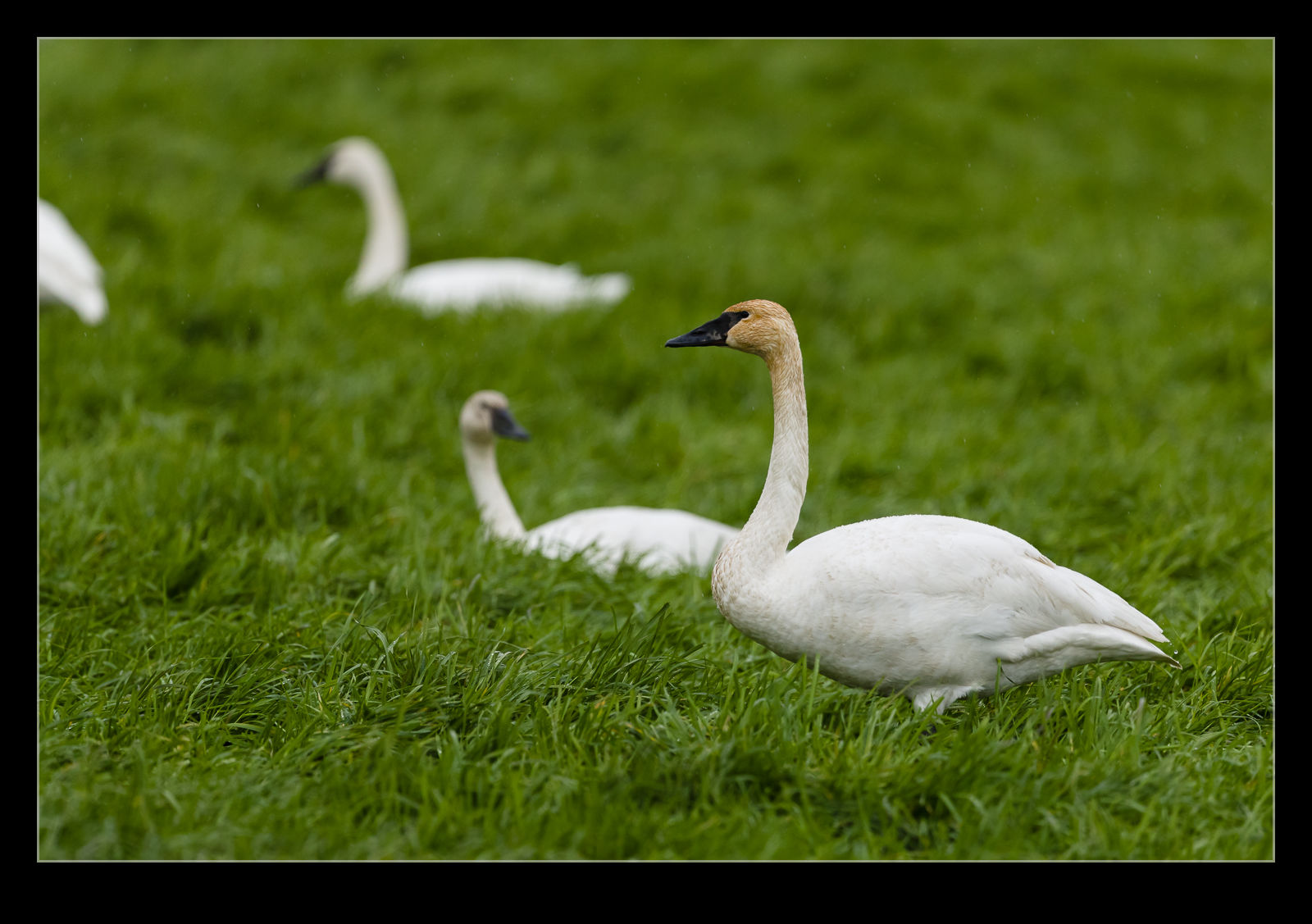 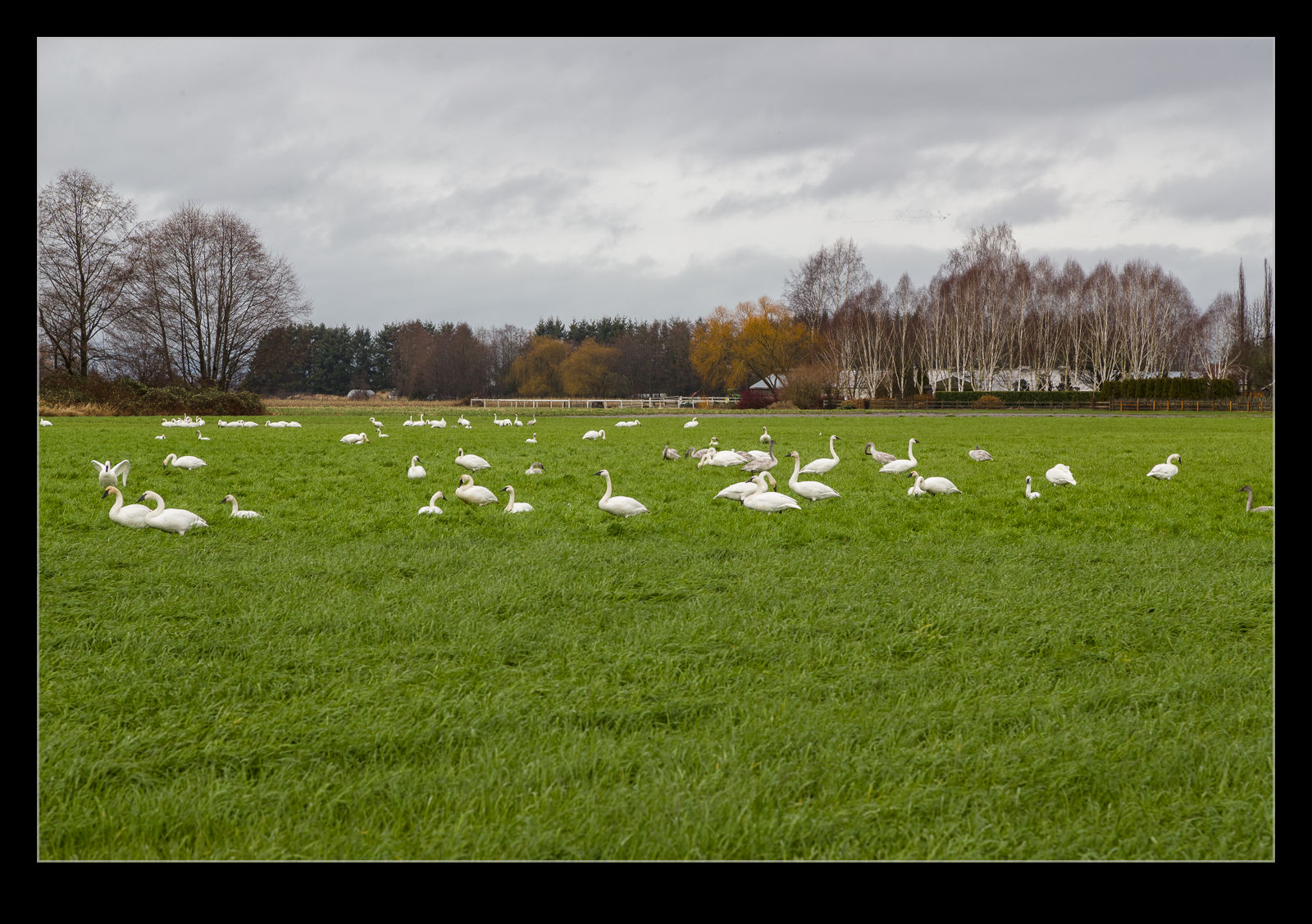 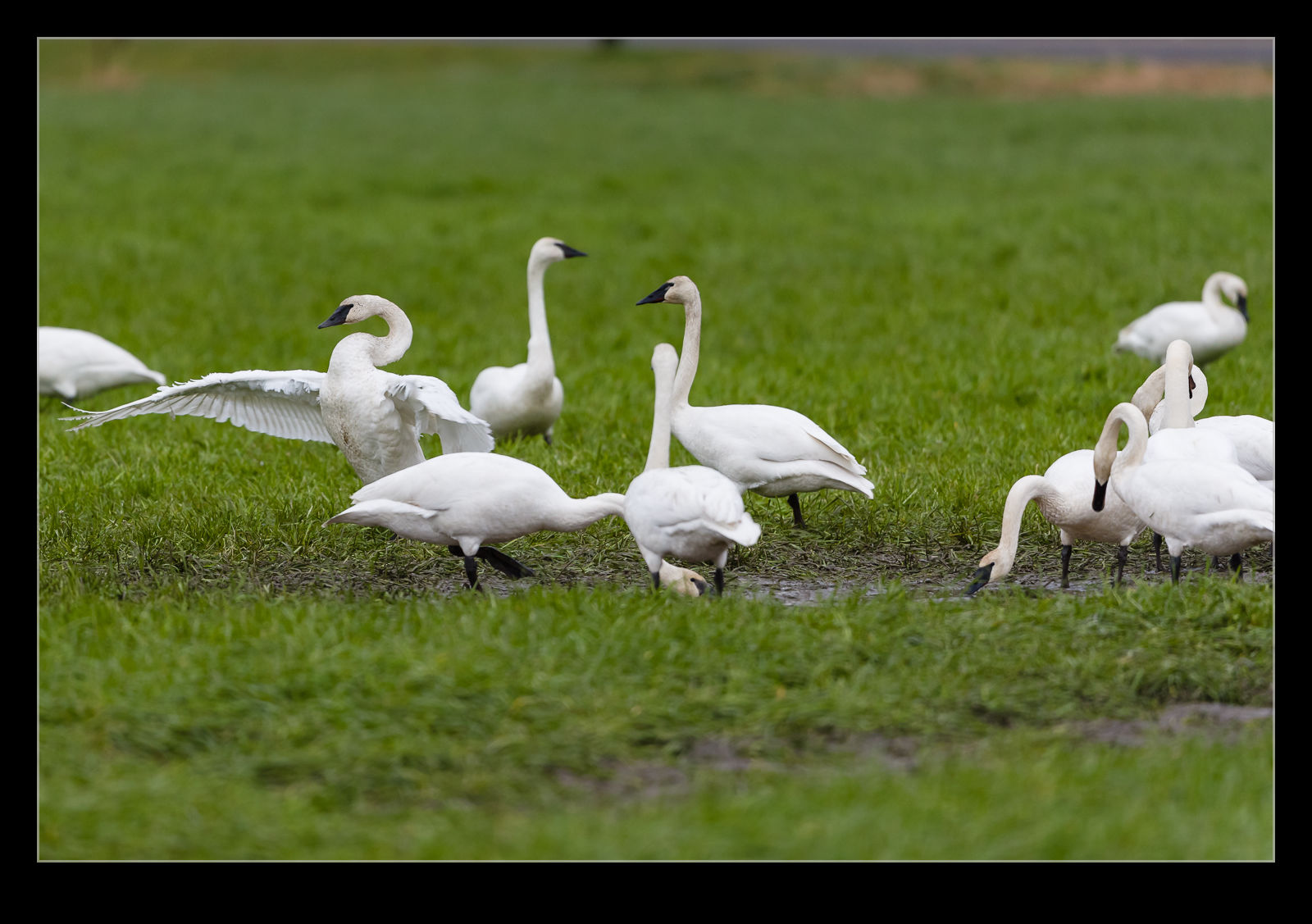 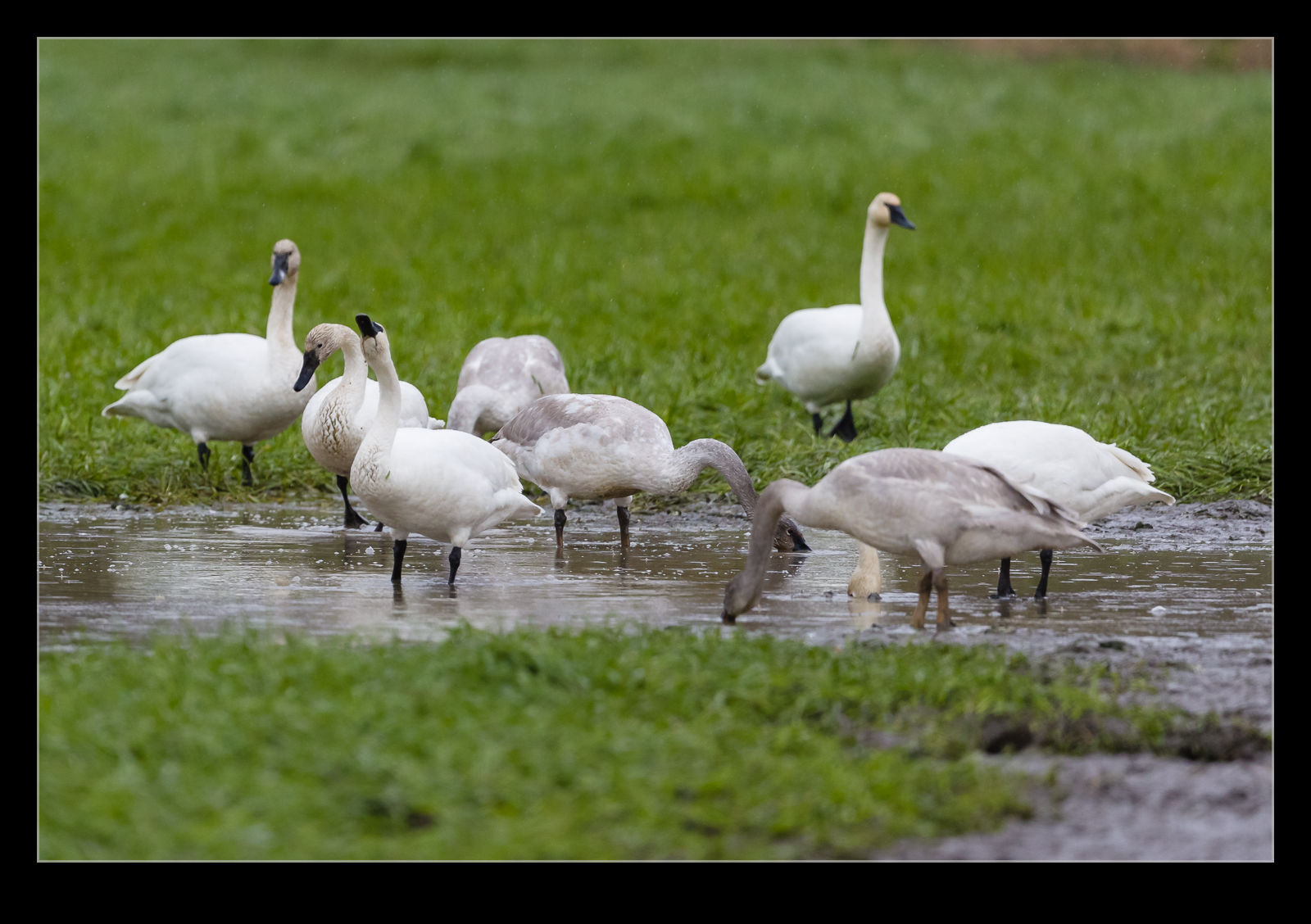 The snow geese I mentioned in this post were not the only visitors we saw while up on Fir Island. Trumpeter Swans were also to be seen. They weren’t there in such numbers when we visited but I understand they are showing up at the moment. We saw a bunch of them on a muddy field which was not helping their white plumage out too much. Then a second group flew overhead and eventually landed in the same field. I was able to get a few shots as they flew across. The long necks make them easy to distinguish from the geese we saw before.