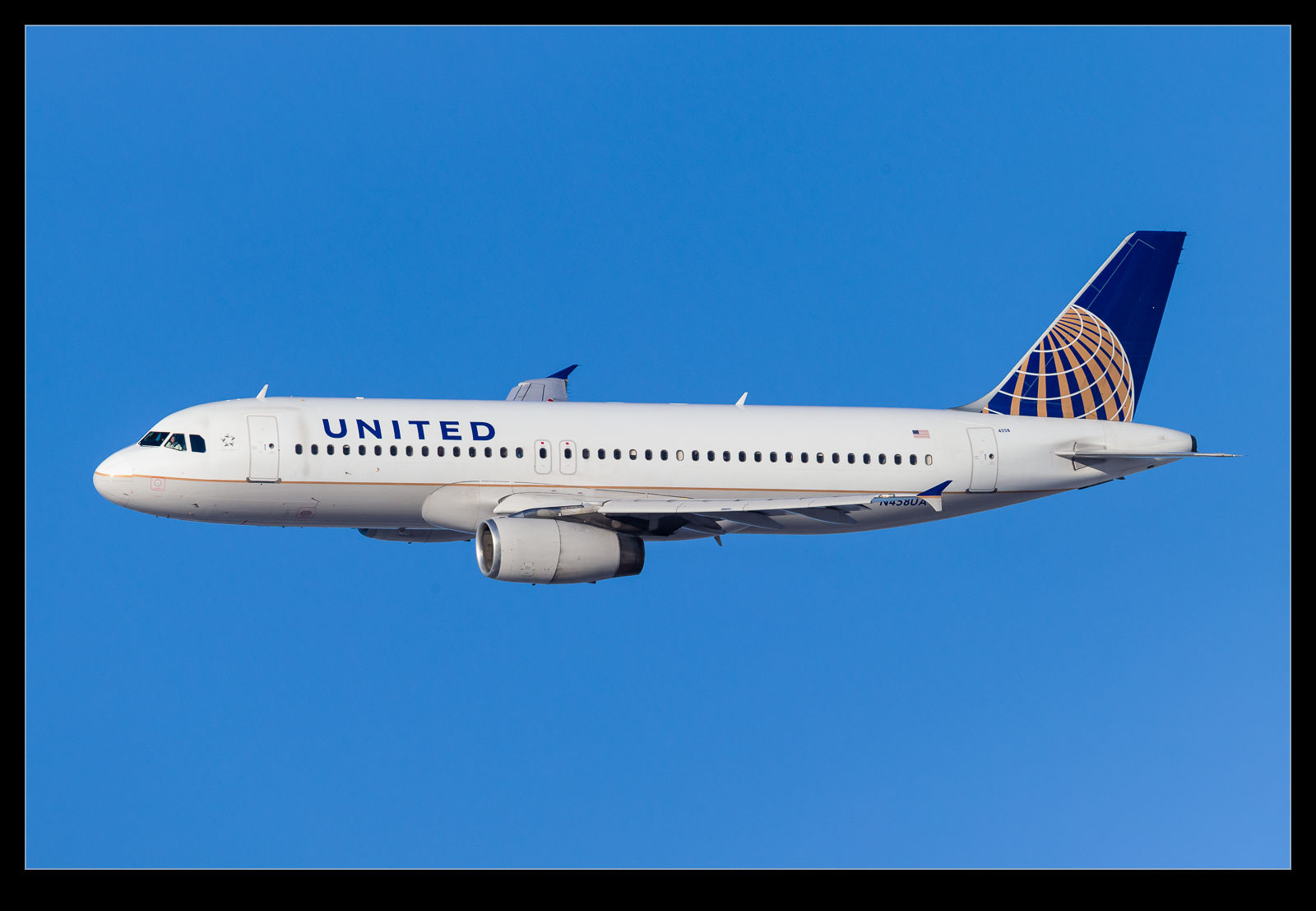 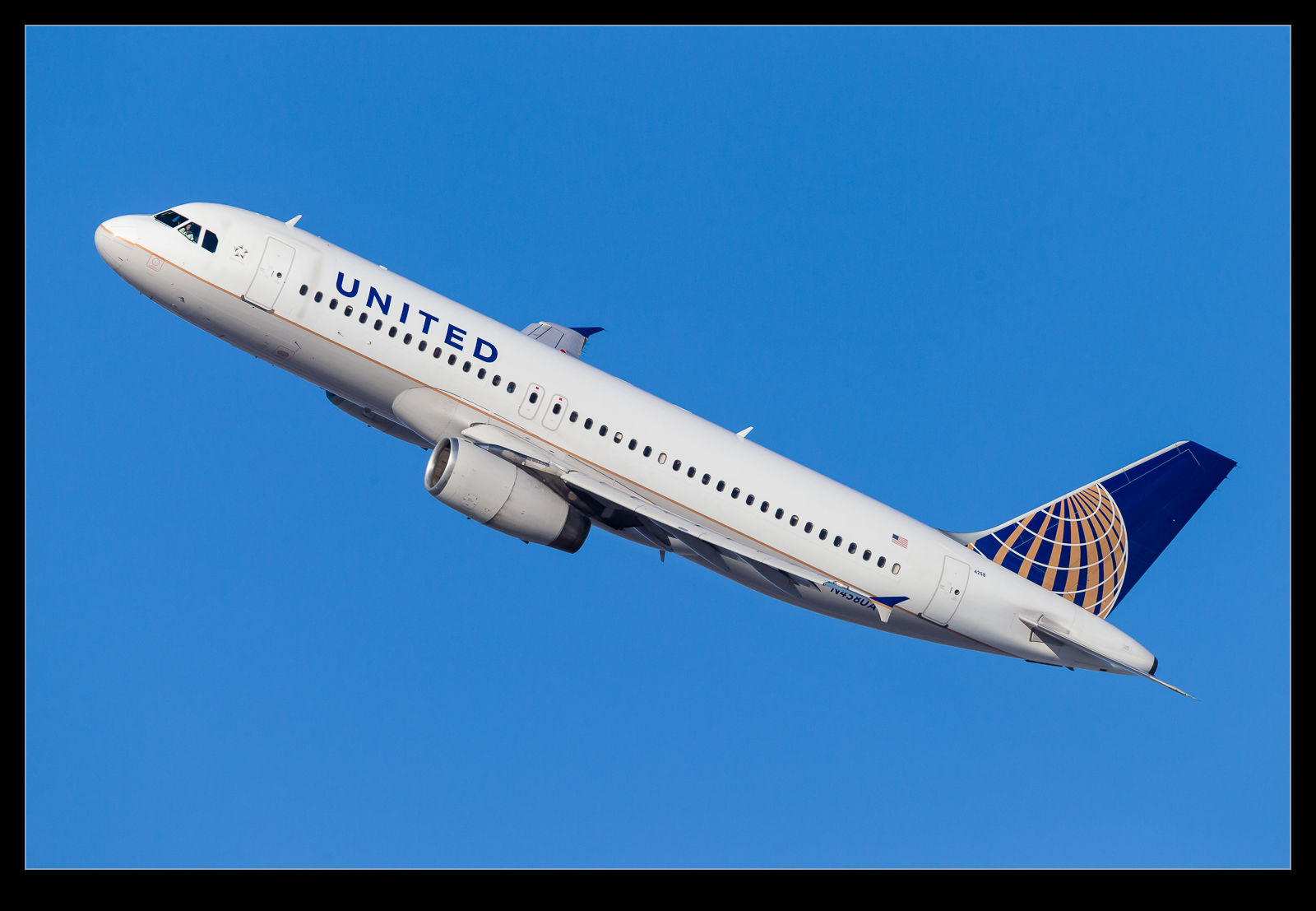 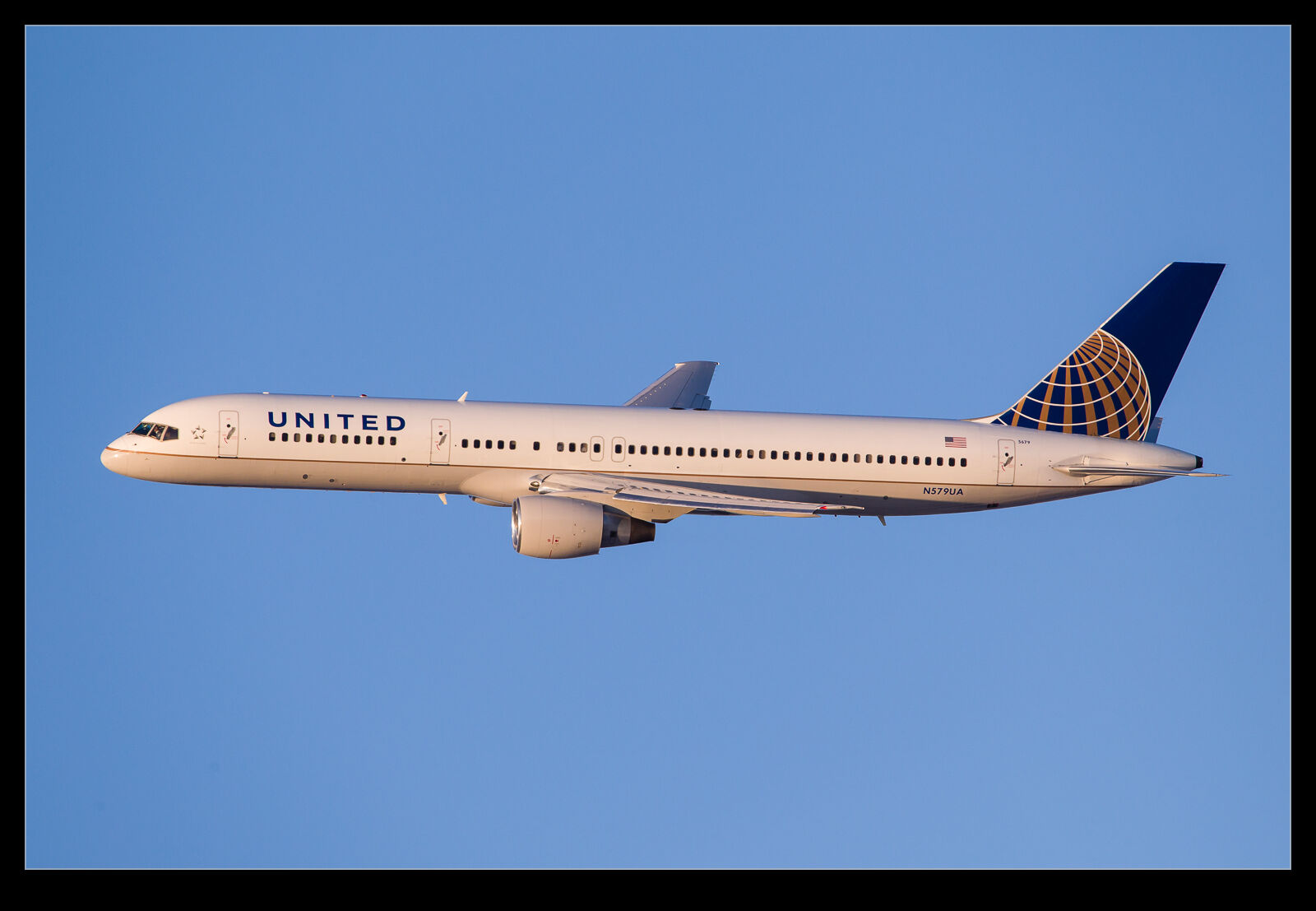 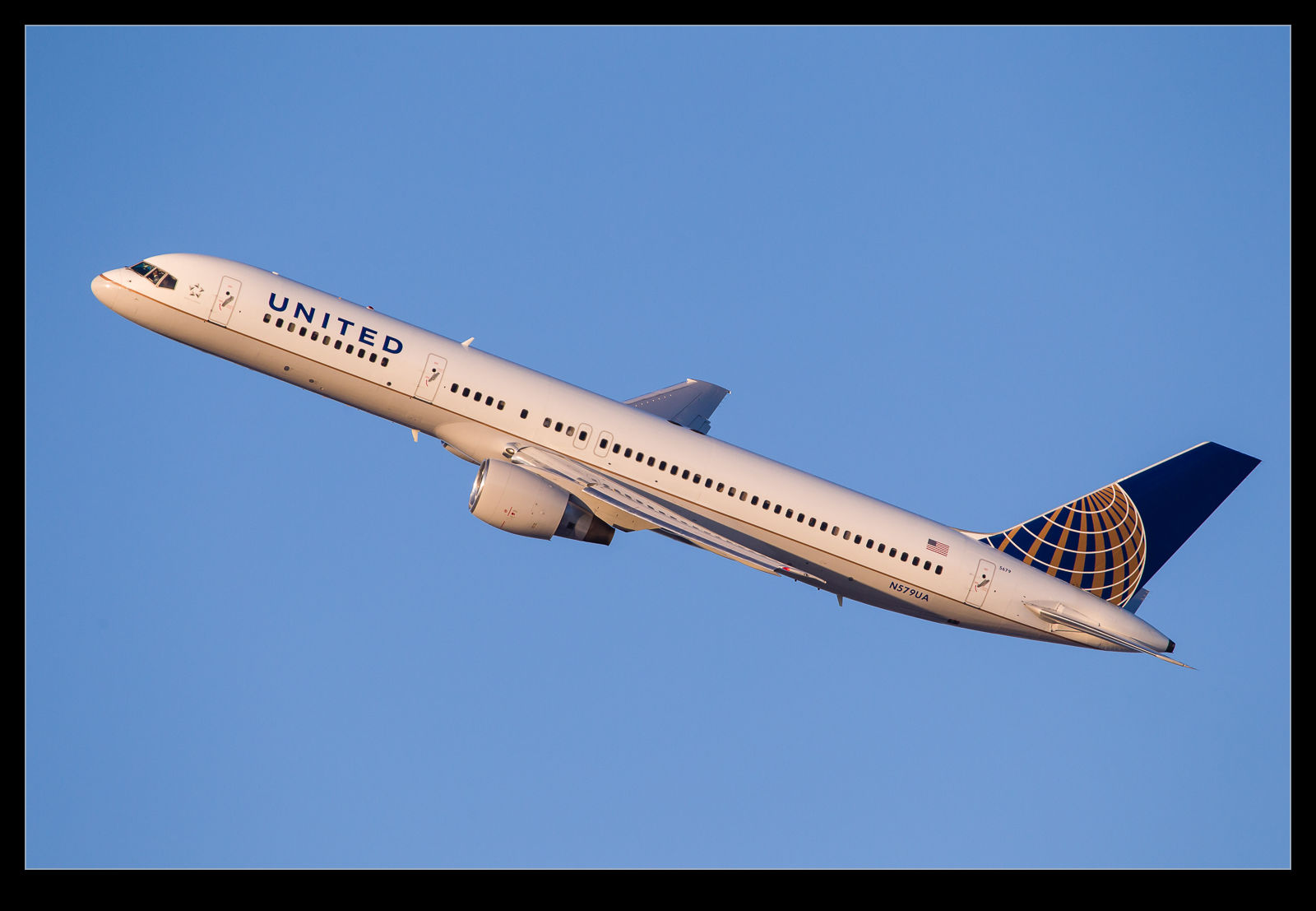 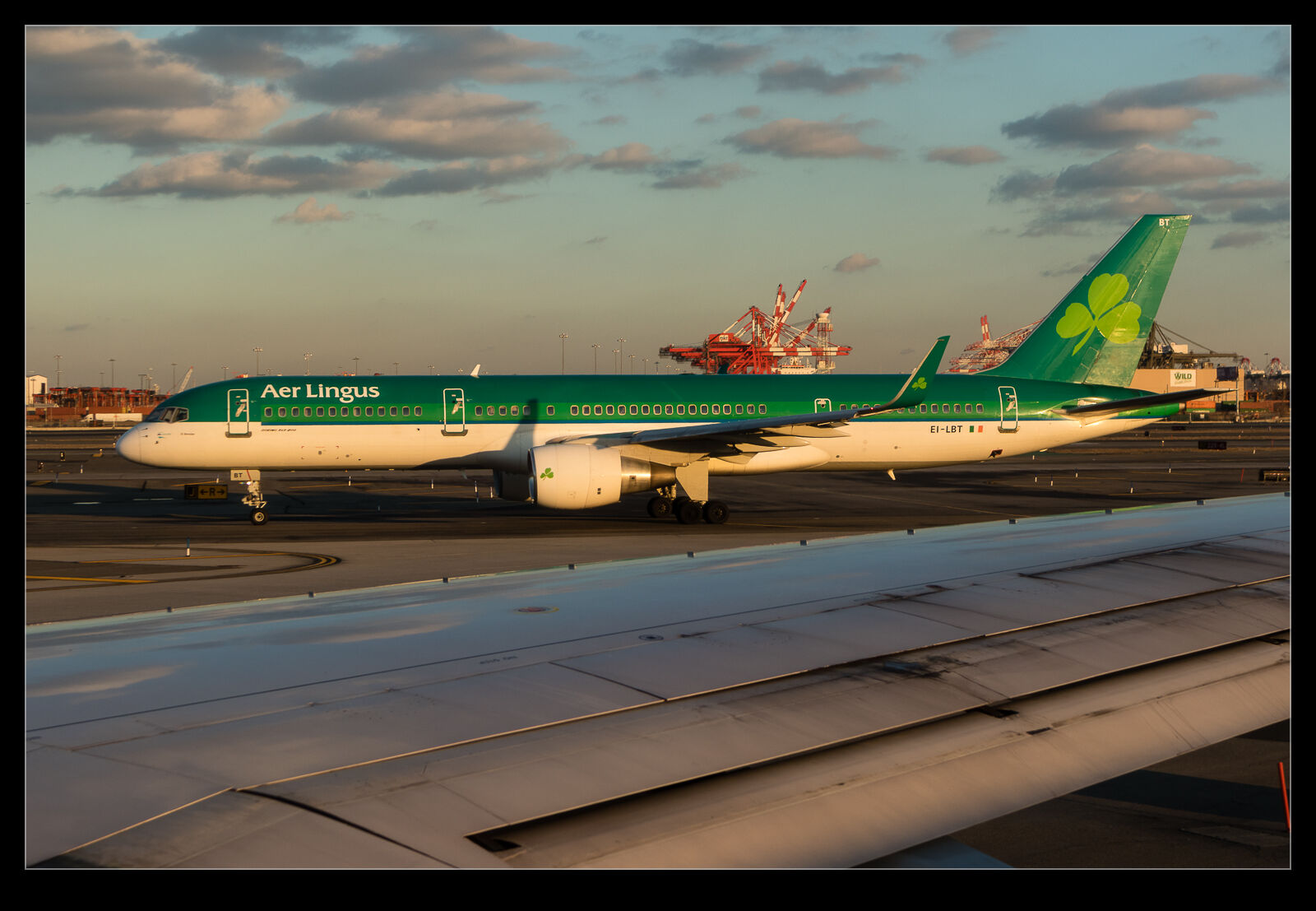 In the UK, I have seen plenty of Aer Lingus A320 family jets.  In the Midwest and on the west coast I have seen their A330s a lot too.  One type of theirs that I have not seen before is the 757.  These seem to be used for the shorter transatlantic runs.  While taxiing out at Newark for a flight back to Seattle, a Shamrock 757 taxied out too and departed ahead of us.  I have to admit I was quite surprised.  I guess I knew they had 757s but this was the first one I had seen. 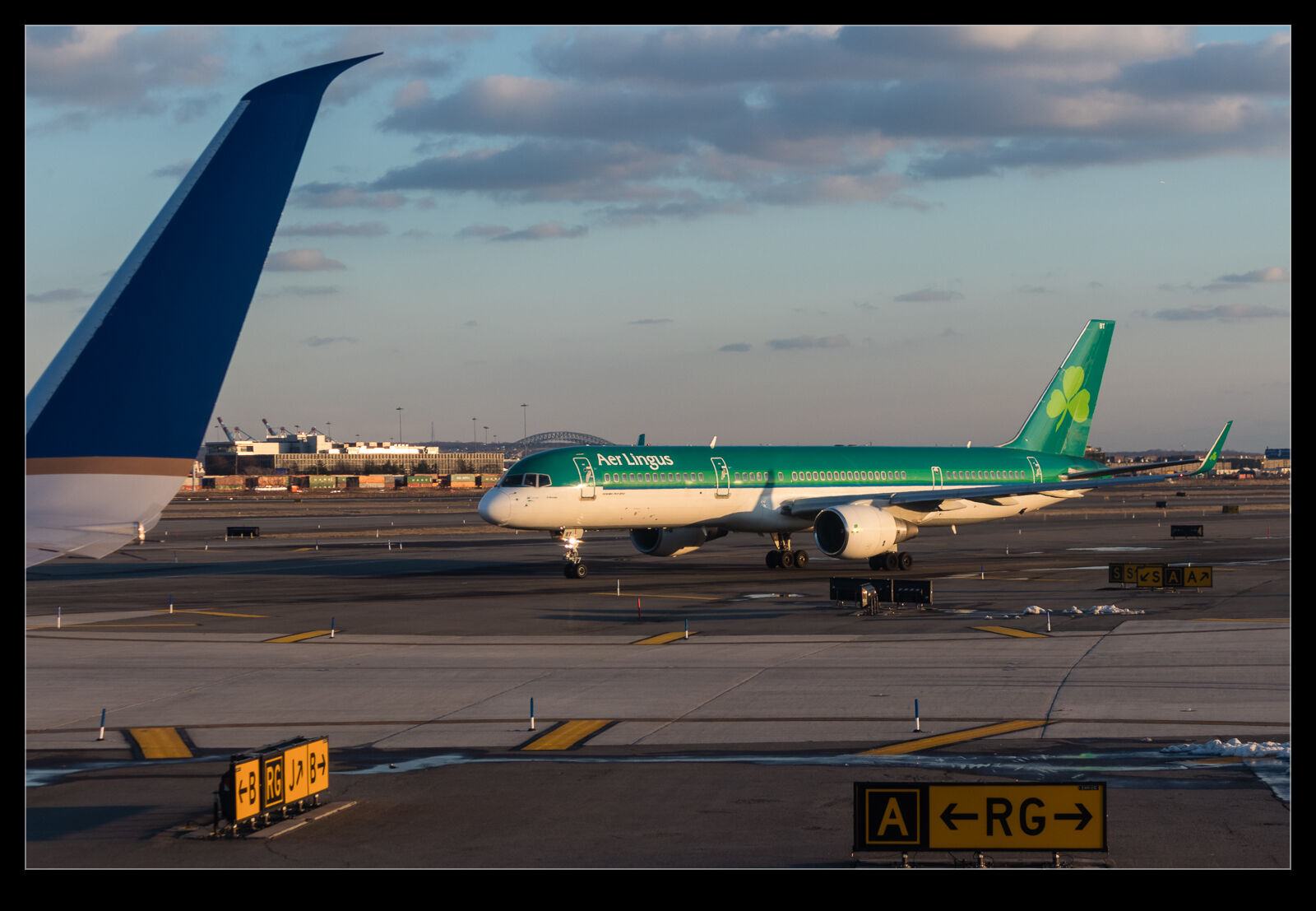 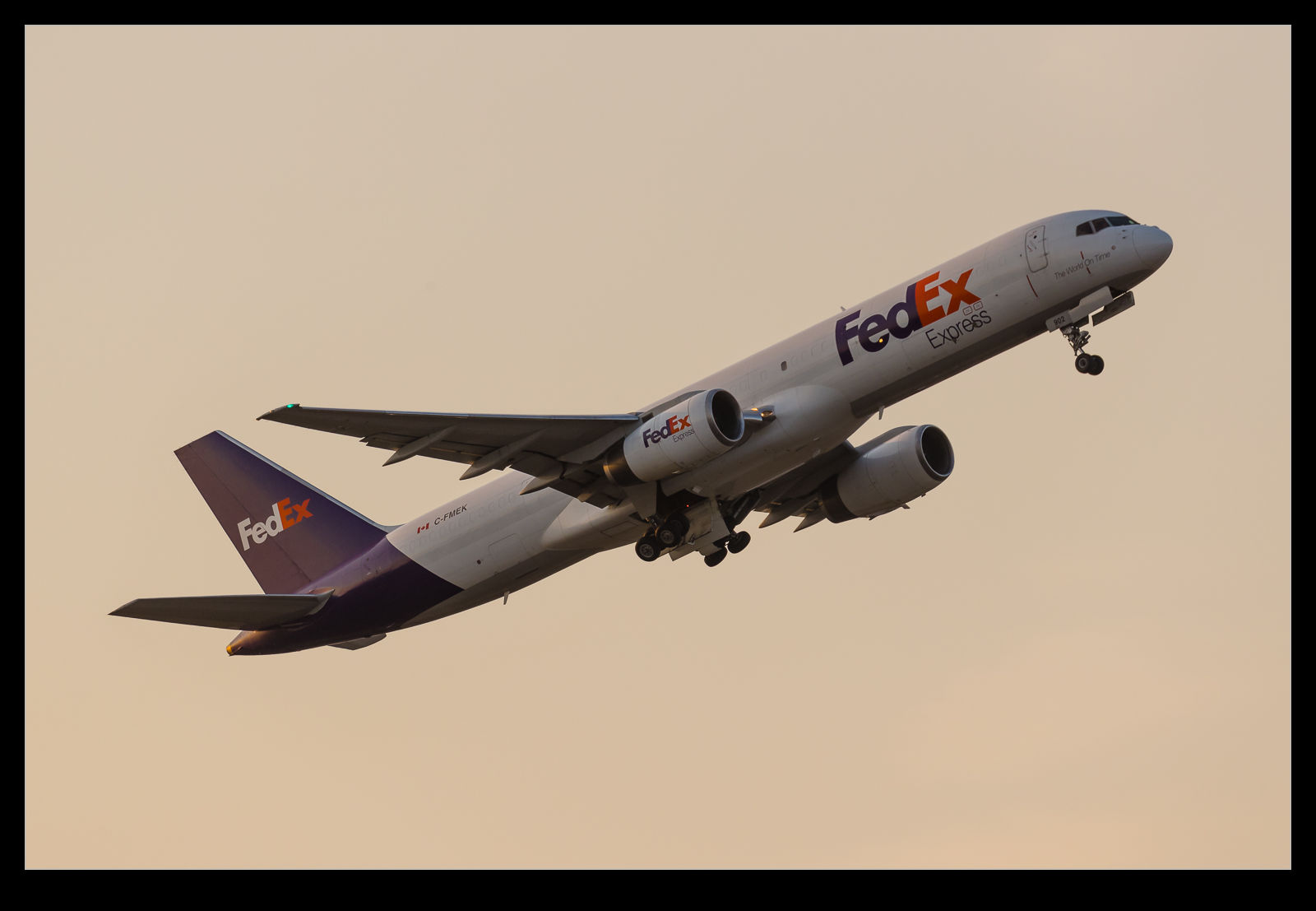 I saw something at Vancouver that I hadn’t seen before and that was a FedEx jet that was not registered in the US.  I had assumed that all of their fleet was N registered but, apparently, that is not the case.  A number of the jets are on the Canadian register and the 757 that departed while I was there was one of them.  My first commercial flight was on a 757 with British Airways and many of those jets ended up with FedEx.  I don’t know the origin of this example but it was good to see it still providing good service. 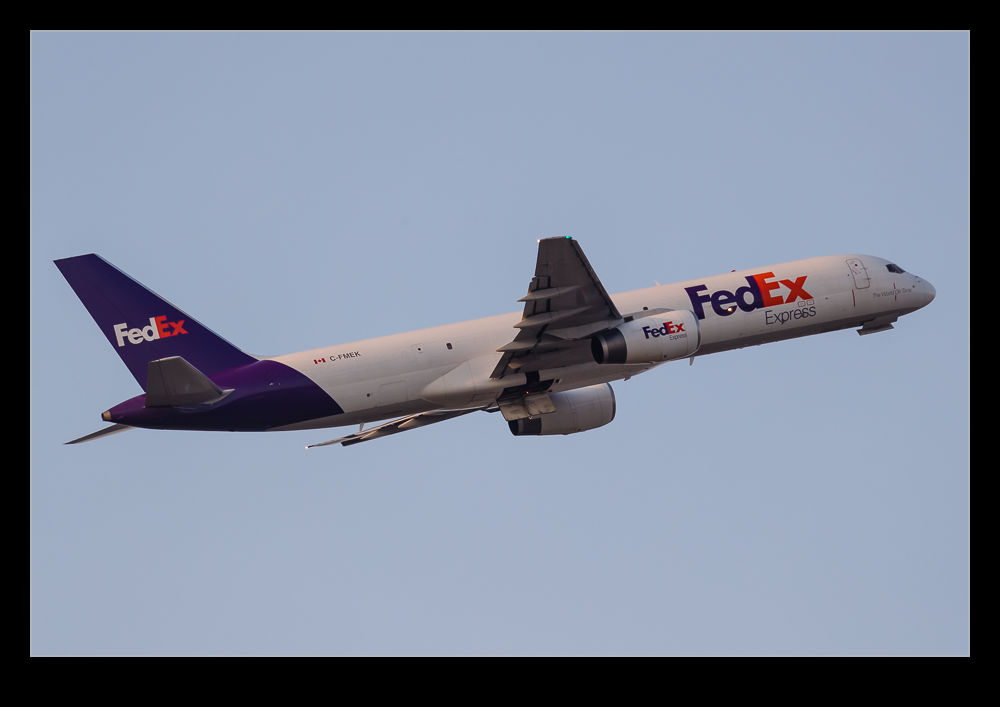 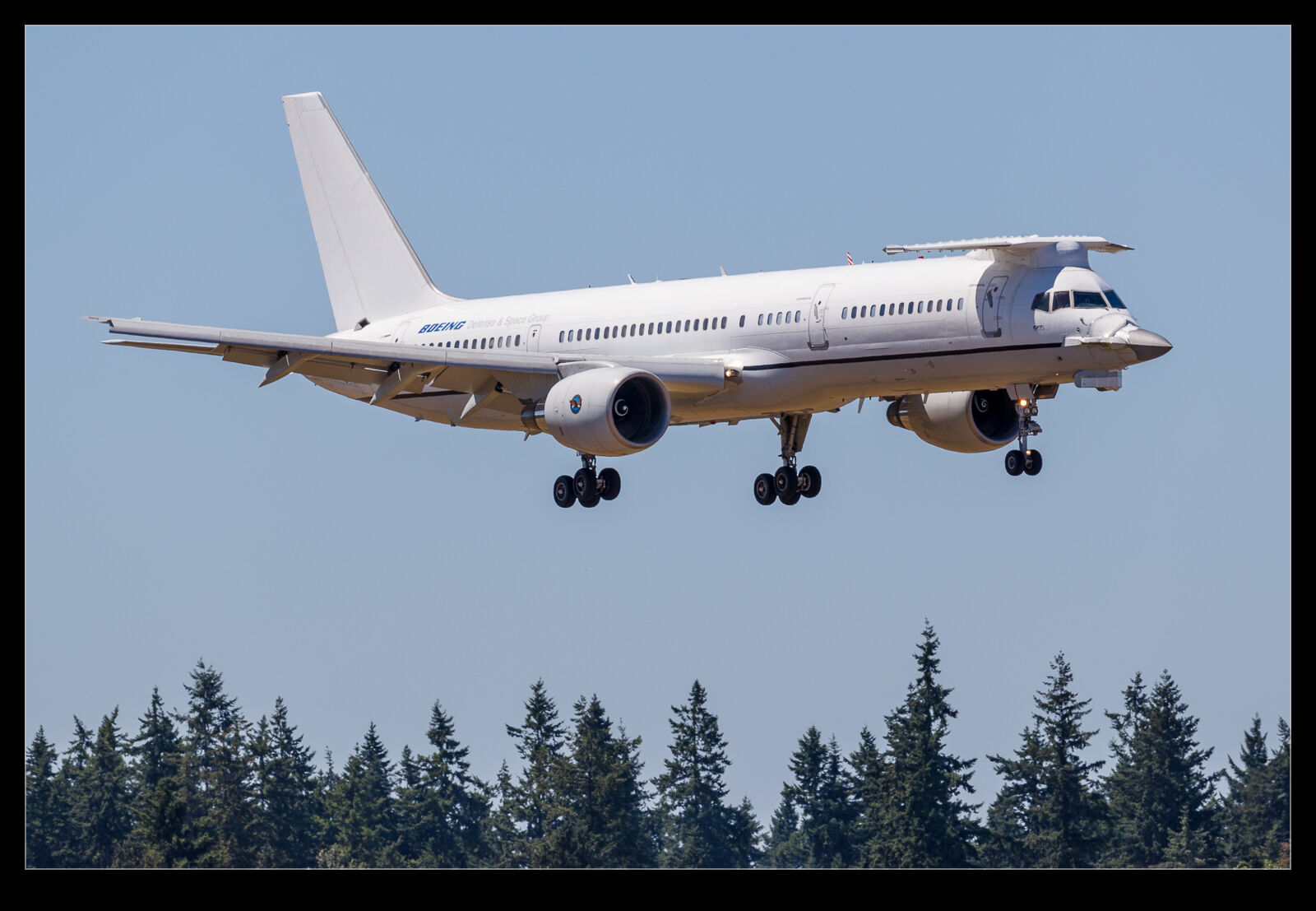 The first Boeing 757 built was kept by Boeing as a test aircraft and never went to an airline.  When Boeing became a partner in the F-22 Raptor program, a new use was found for the aircraft.  It was fitted out as a flying testbed for the avionics suite.  A test crew could ride in the cabin and they could try out a number of different configurations of software changing things as they go without having to have the software flight qualified. 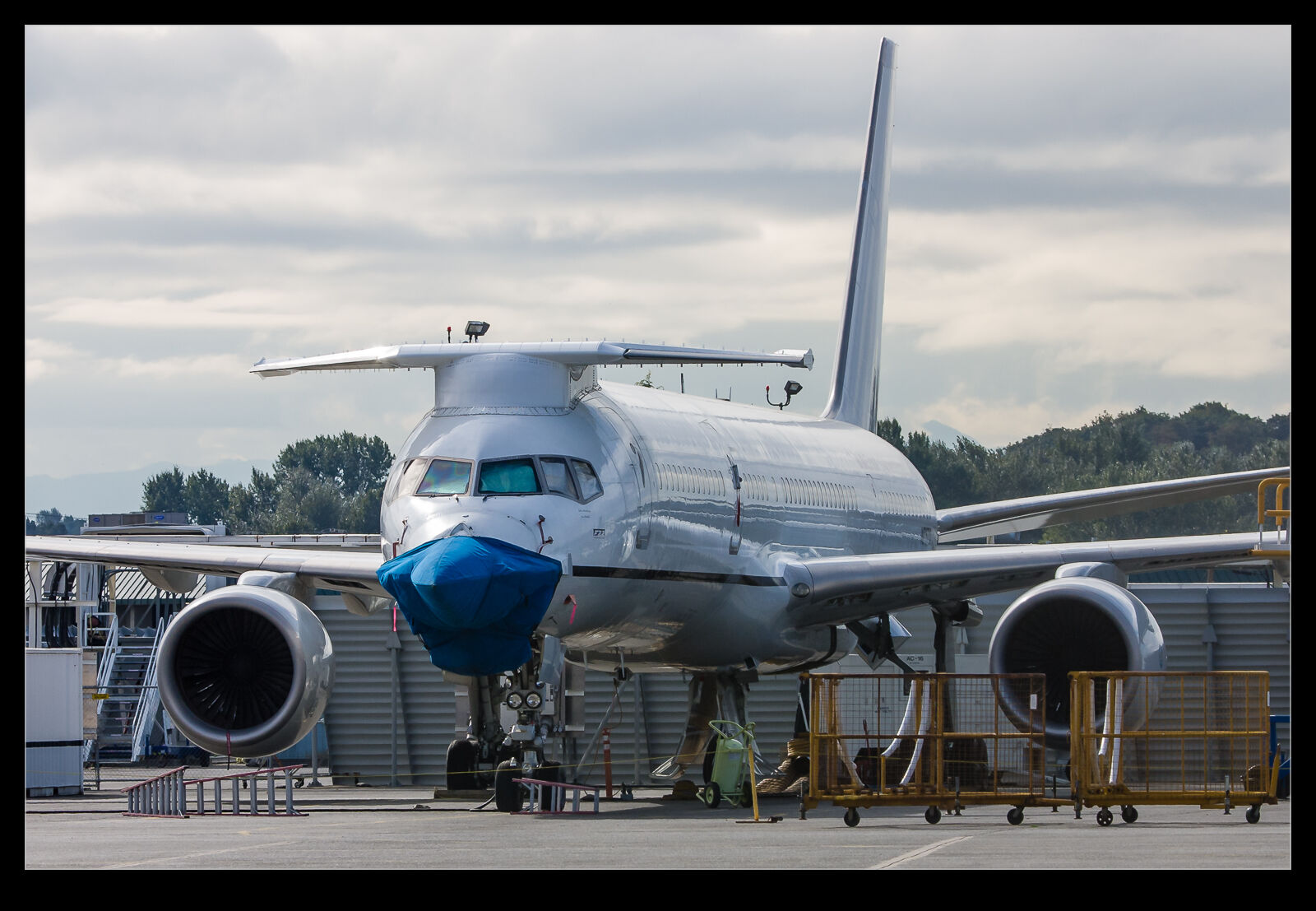 To make the whole ensemble work appropriately, the aircraft was fitted with F-22 sensors.  This included a radome on the aircraft nose with the F-22’s radar.  In addition, because a number of sensors were embedded in the wings, a wing structure was added about the cockpit.  This unusual configuration resulted in the aircraft gaining the nickname “Catfish”.  It flew a lot during the development program but I only ever saw it on the ground at Boeing Field and then it was partially obscured.  I did also look down on it from an airliner approaching SeaTac. 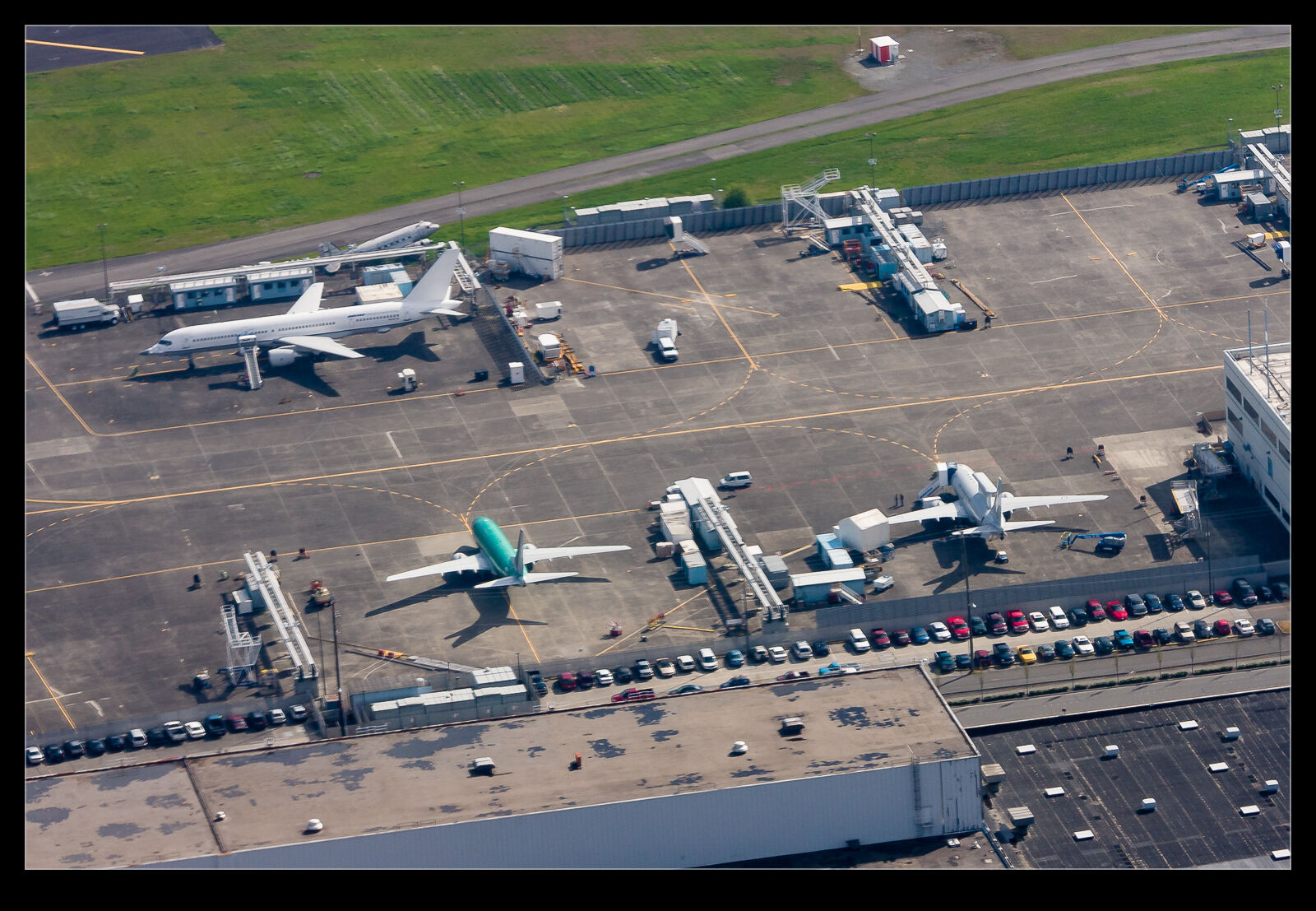 I knew it didn’t fly often but I hoped that, in moving to the area, I would finally get to see it airborne.  Then I discovered that it had flown to St Louis.  The rumor was that it had been retired.  Indeed, on a flight across the country involving a plane change in St Louis, I did see it parked up in an open-ended hangar.  I figured that might be as close as I got.  Then I got a notification that it was heading west again.  Better yet, it wasn’t going direct to Boeing Field but to Everett first.  It is a short drive from the office to Everett and the flight plan meant it was coming in during lunch. 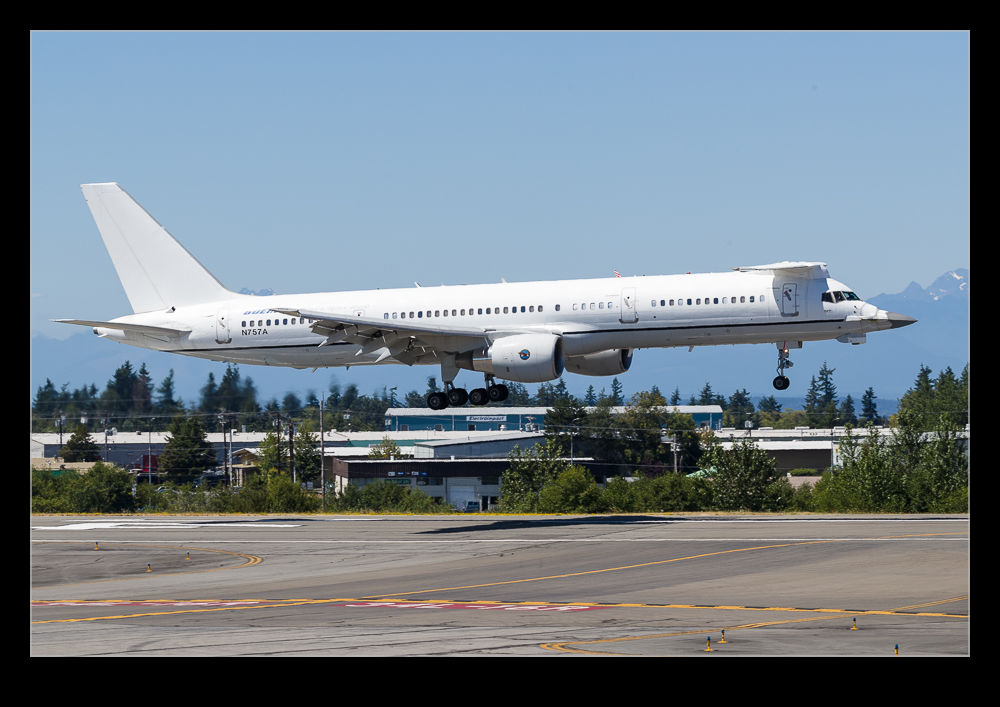 The harsh lunchtime light and the prospect of heat haze notwithstanding, I figured this was too good a chance to miss.  It showed up pretty much when expected so I was able to get some shots of it coming down the approach and across the threshold.  The heat haze was really bad as it was over the runway but actually slightly less of an issue further out.  I don’t care.  I finally got to see it fly and that is what I was after.  It headed back to St Louis from Boeing Field the following day.  I have no idea when it left Everett for Boeing Field though.  If it comes back again and I can see it, that will be a bonus. 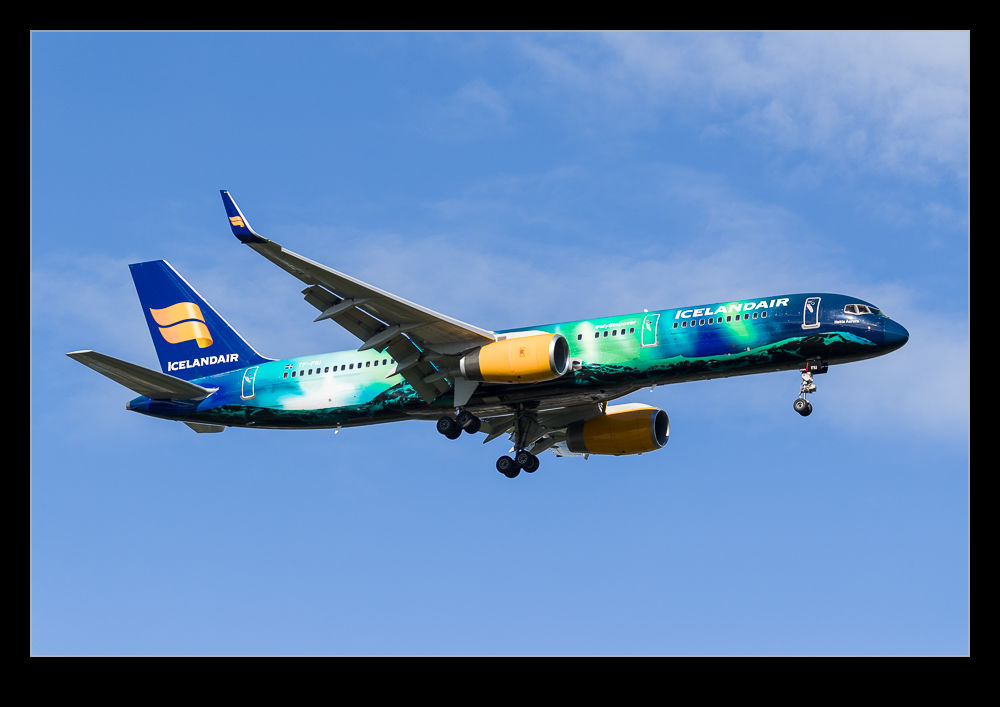 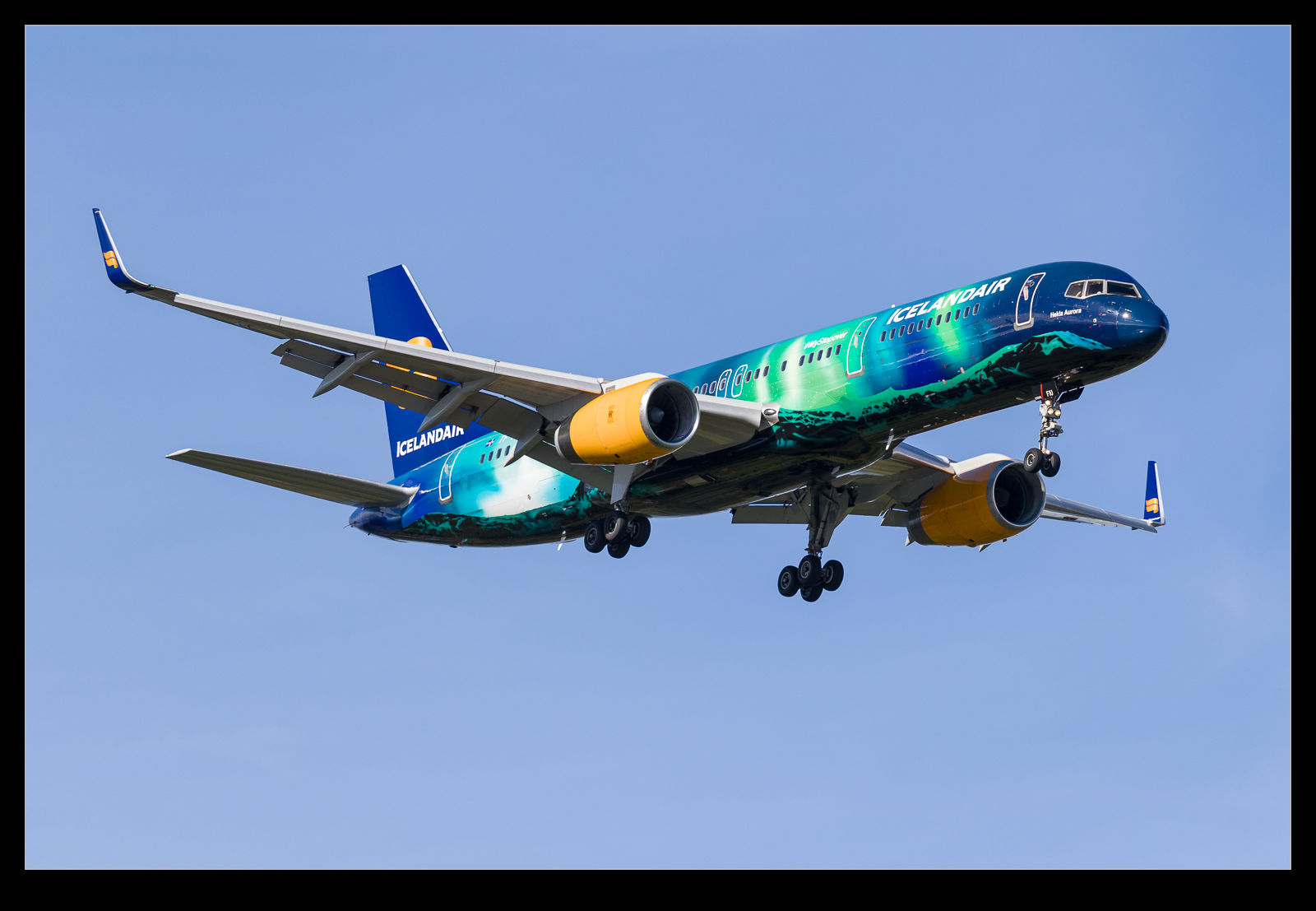 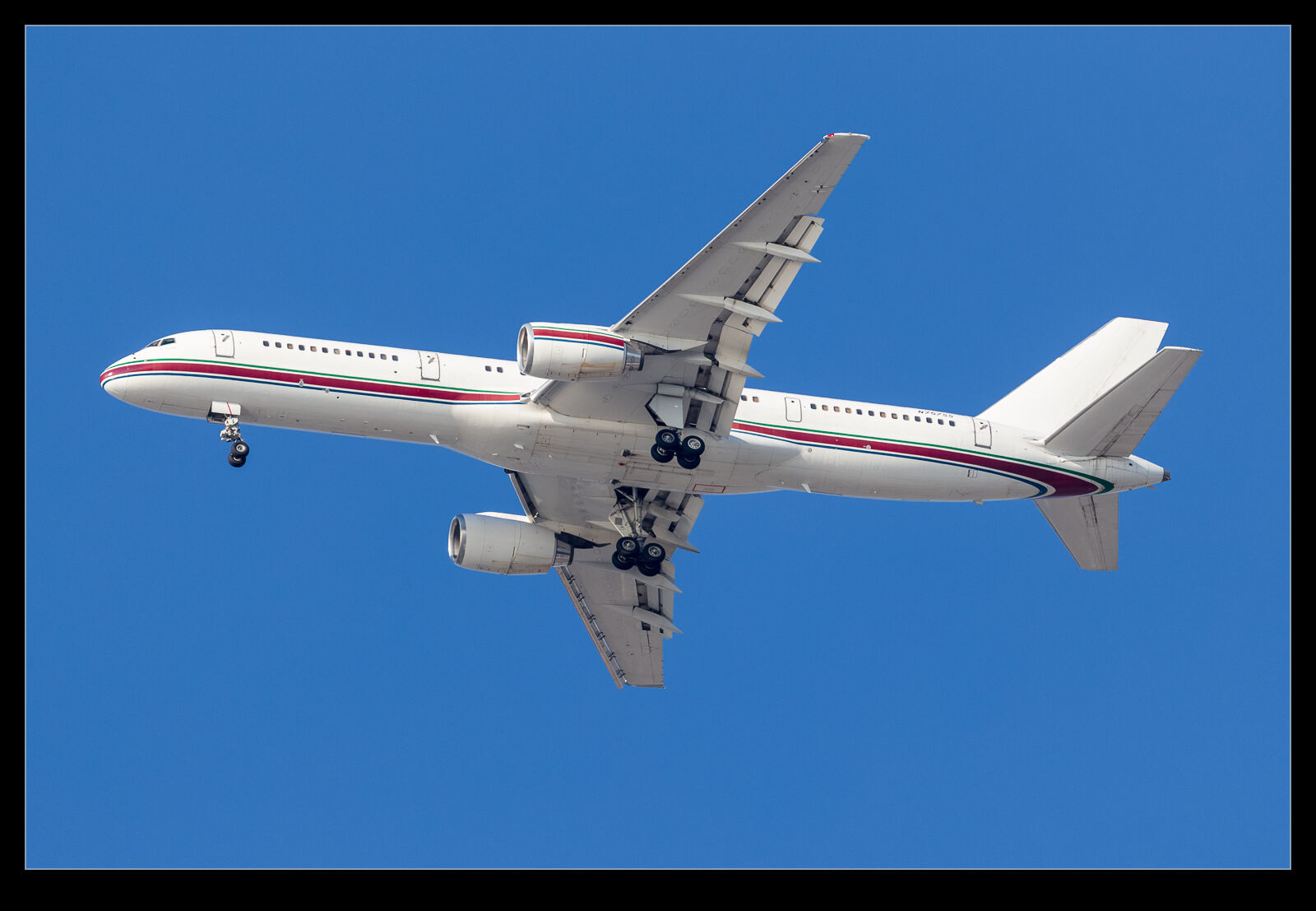 If you spend a day somewhere, you can get absolutely nothing out of the ordinary.  Alternatively, you can be somewhere for a short time and get a really lucky break.  I was down in Hayward awaiting an unusual Airbus movement as I headed to something else and, in the short space of time I was there, someone else showed up.  This was a Boeing 757 that has been converted for private charter use.  I have actually come across this aircraft before but, when it showed up heading in to Oakland, I was rather pleased with my good fortune. 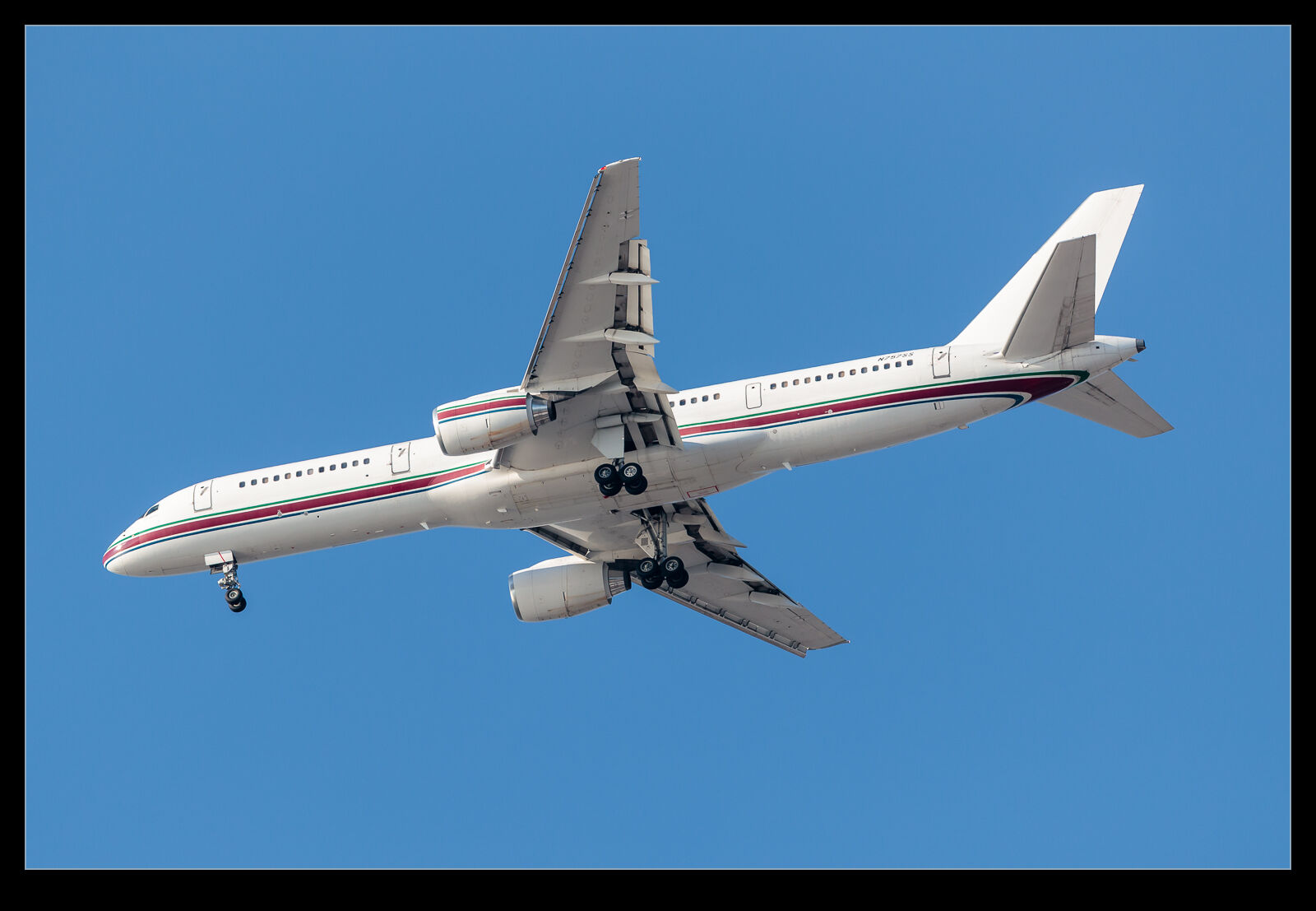