The USAF operates a small fleet of Boeing 757s for VIP transport.  These C-32s are often thought of for their role transporting the Vice President when they adopt the call sign of Air Force Two.  However, they transport a lot more people than just the Veep with other cabinet officials using them as well as senior Air Force staff. 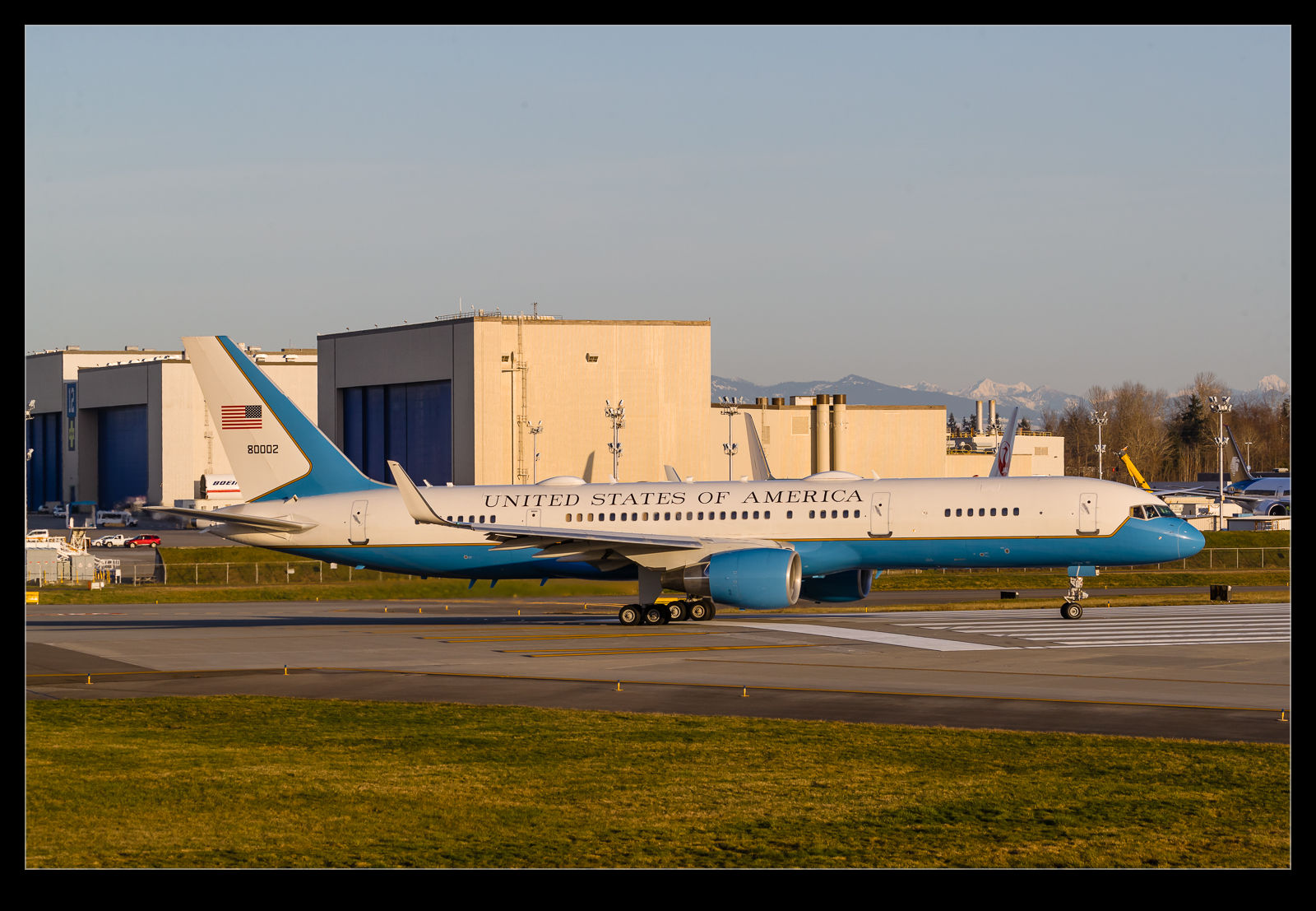 One of them was at Paine Field for a while.  I had heard that it had flown in but had assumed it had gone again.  When I went up one evening after work (when the light was looking great and another jet I was interested in was due back), the people there told me it was still around.  I figured it would be there for a lot longer and paid no further attention until someone noticed that it had moved out of its parking area on to a taxiway. 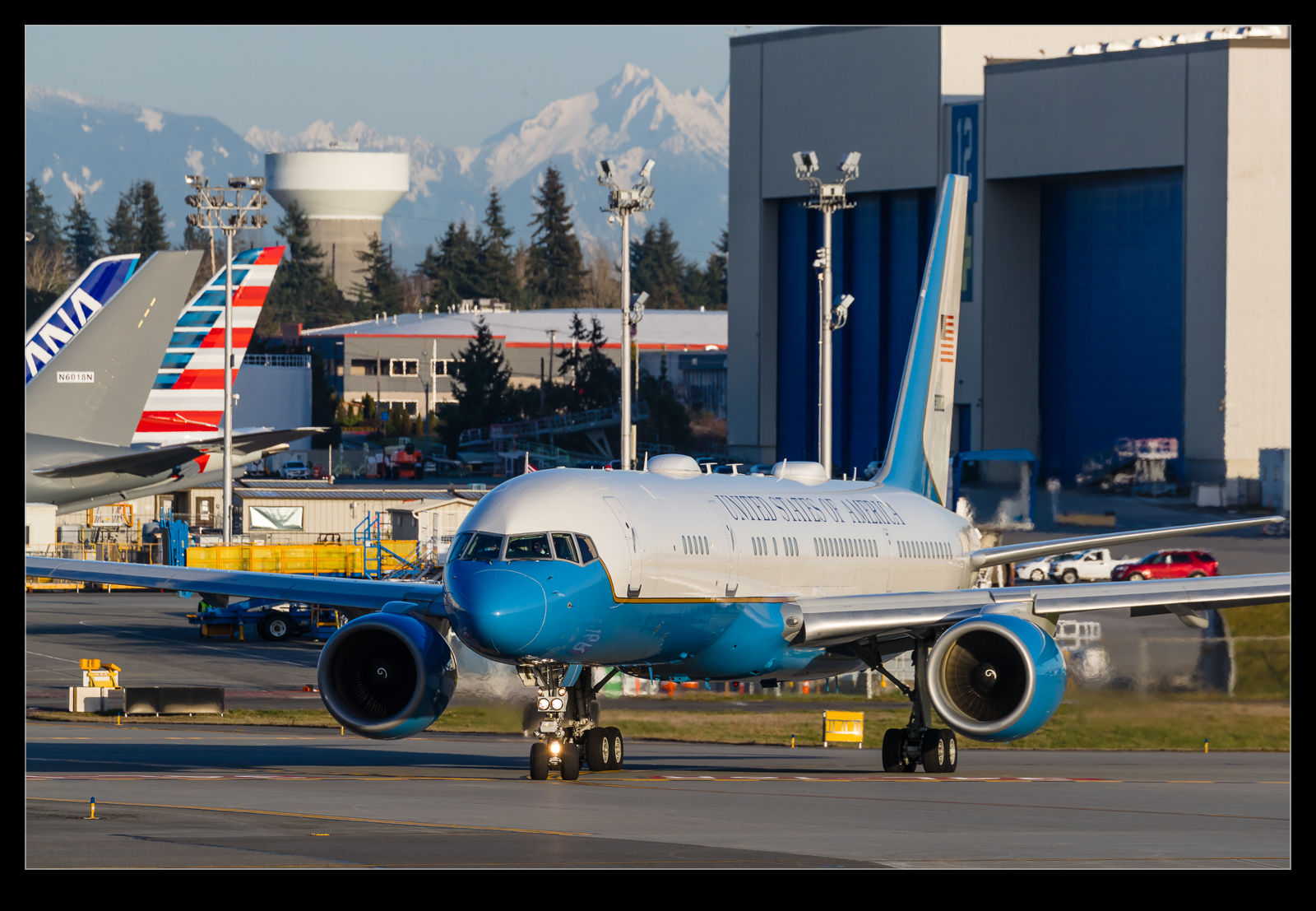 As with all of these things, nothing happened fast.  Since the light was just getting better and better, I didn’t mind too much.  Eventually a bunch of the passengers showed up – that will warrant its own post – and then they started up and taxied.  They had to hold for a short while near the threshold so there was lots of time to get some shots.  Then they were off.  I figured, being a 757, they would be airborne quickly. They must have been heavy, though, since they ran a long way down the field before rotating. 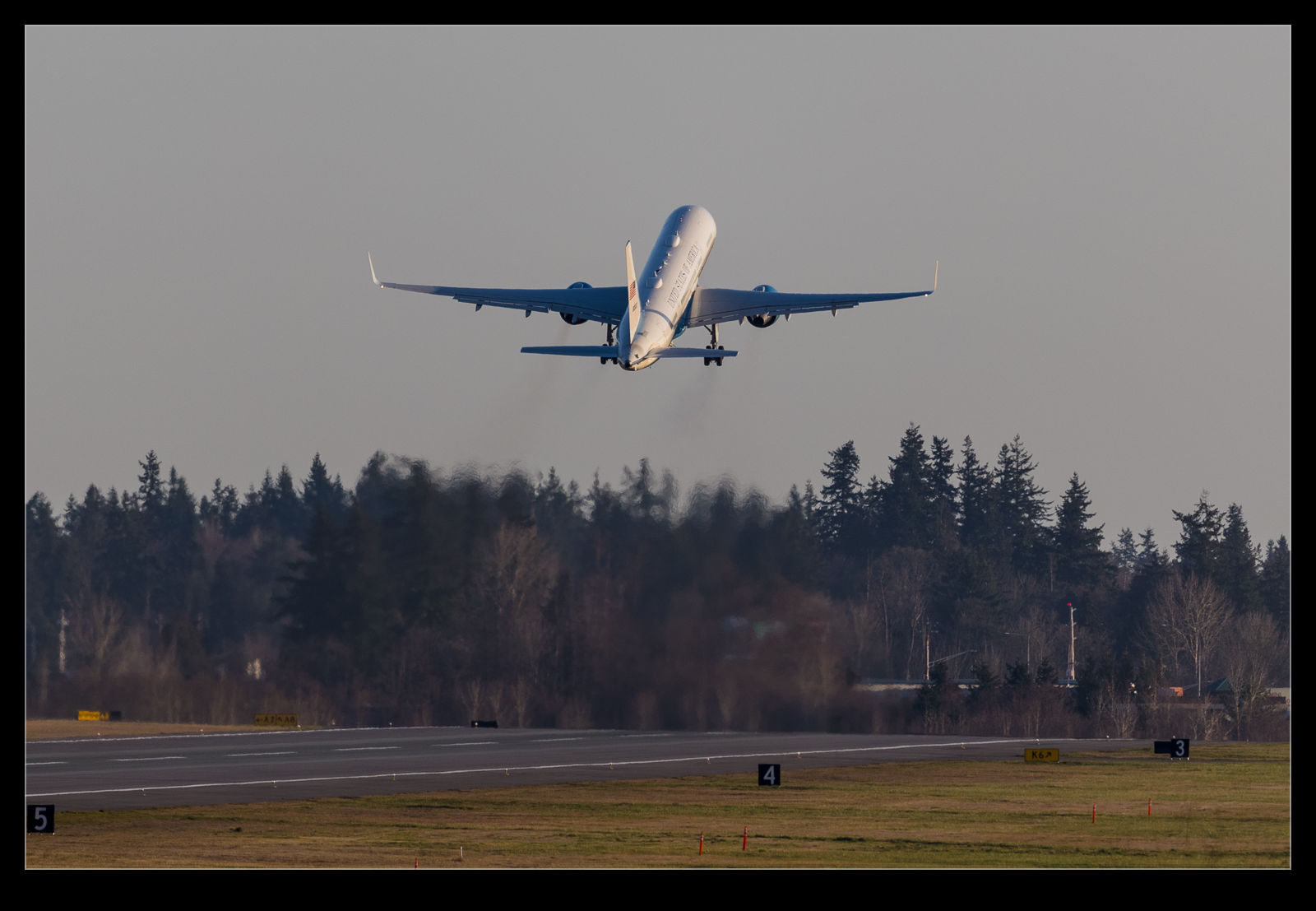 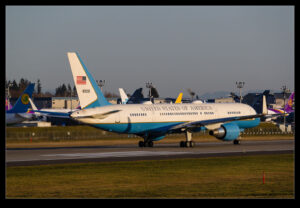 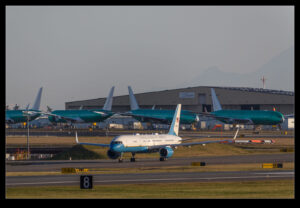 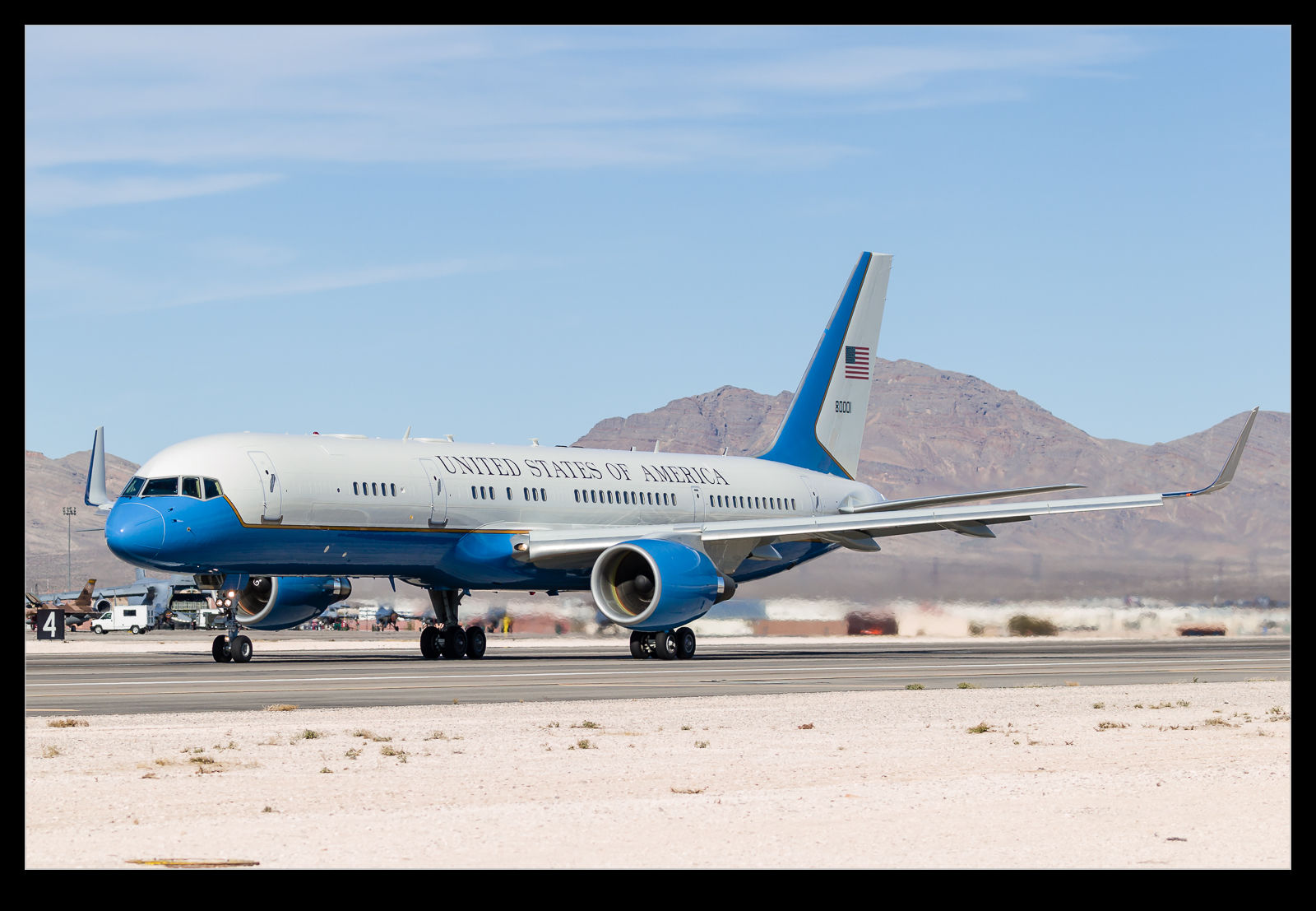 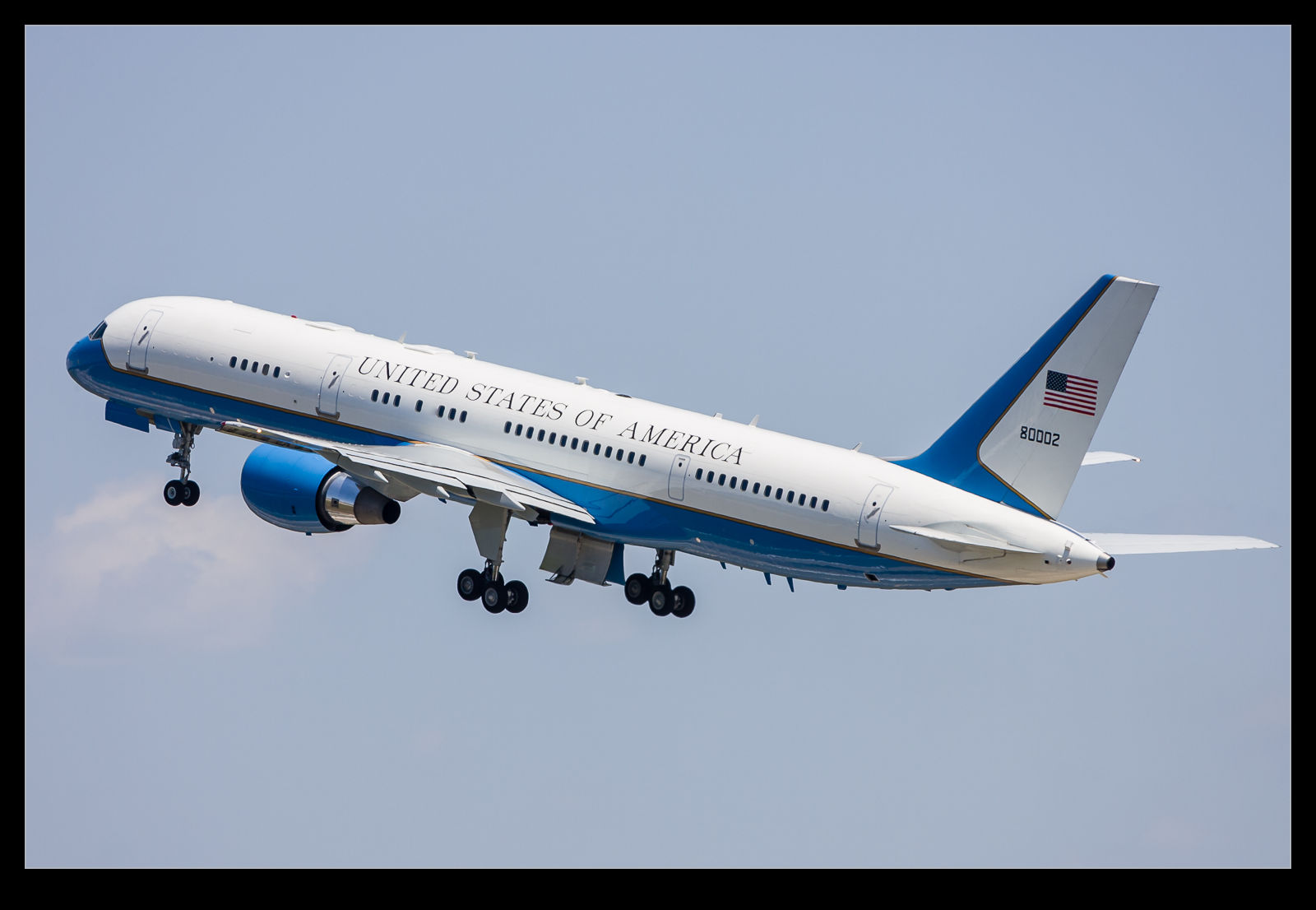 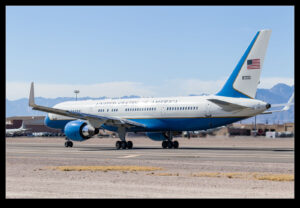 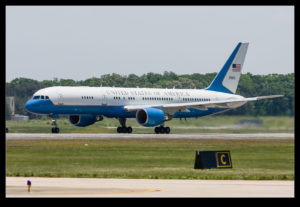