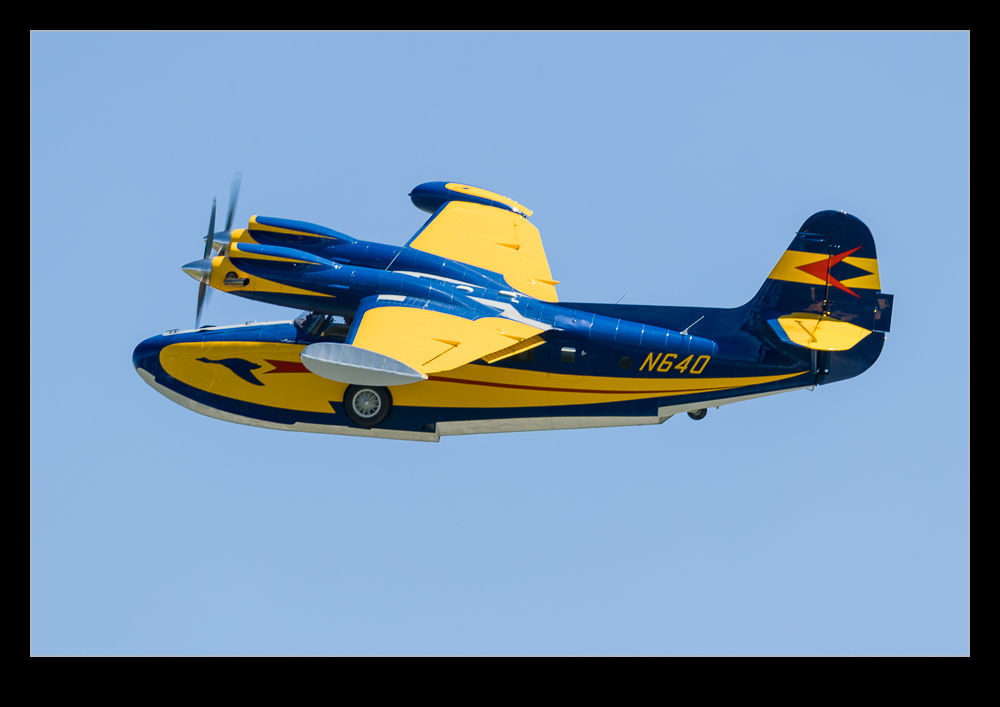 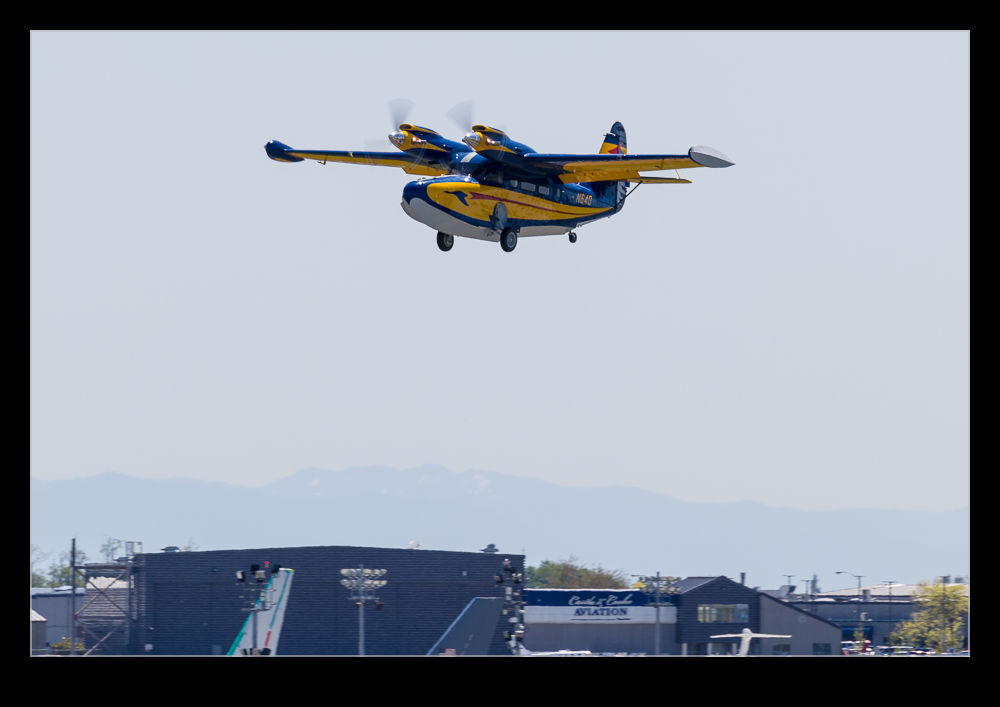 We took a day trip up to Fir Island. It is about an hour north of us and a popular place for bird watchers. While we are not particularly knowledgeable about such things, we did know that Snow Geese and Trumpeter Swans were supposed to appear in some numbers so we decided to see what we could come across while we were up there. It was a lovely day to be out with a clear blue sky and the warmth that an autumnal sun can still bring. We happened to bump in to a couple of friends of mine and they knew the area well so were able to give us some advice on where to go.

It didn’t take too long to find some Snow Geese. These are apparently a big draw in the area for bird watchers and later in the season the place can be heaving with them. We didn’t see a lot of people so it must have been early. There has been a program to encourage land owners to grow crops that support the birds when they migrate through and it seems to have worked. We saw a bunch of geese across the fields and then, as we drove north, a bunch more were in the fields along the road. More of them seemed to be flying in all the time. Obviously whatever they like to eat is there to be had! 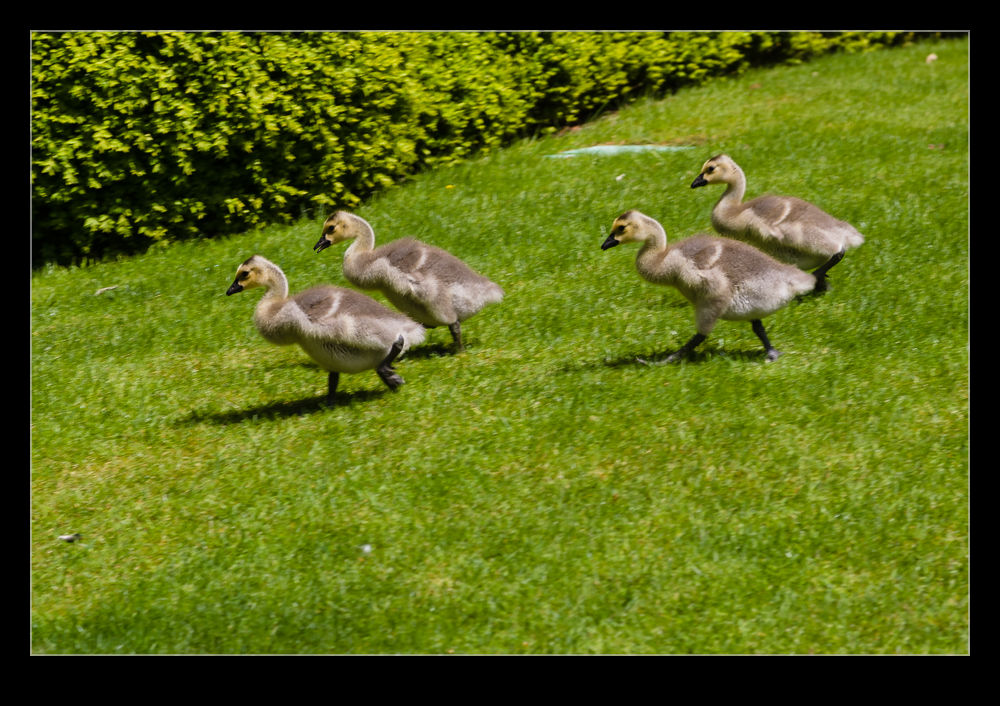 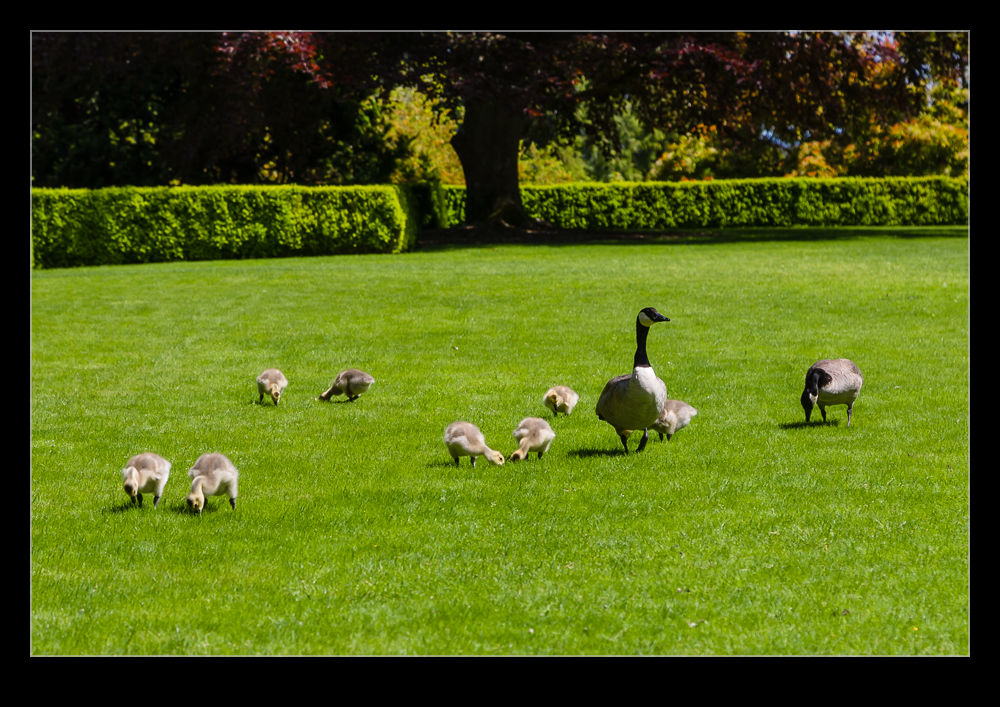 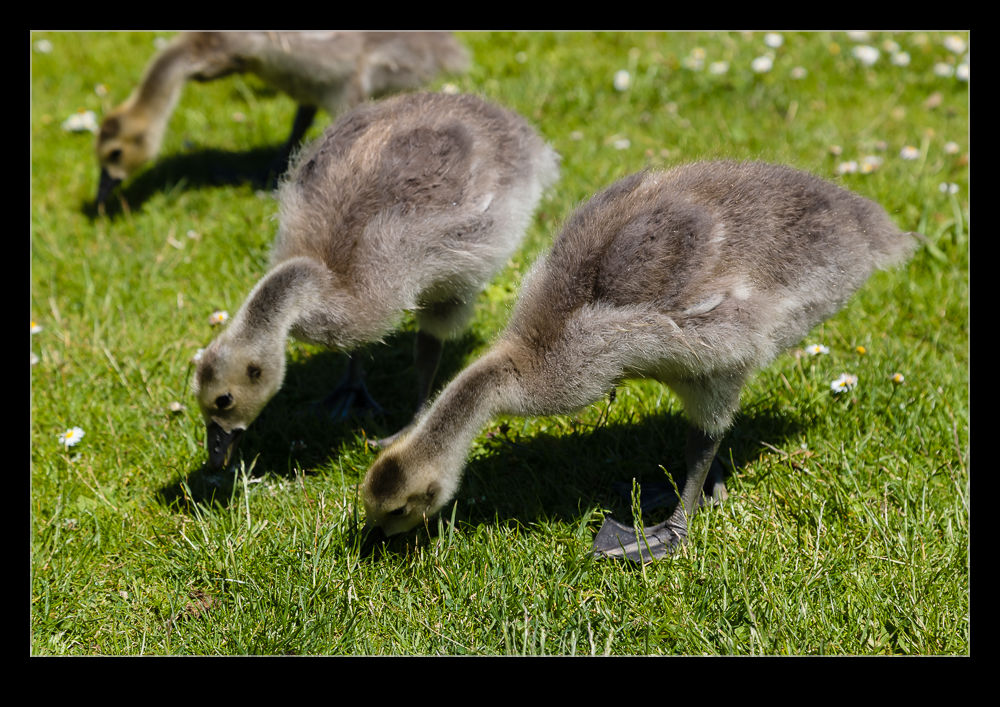 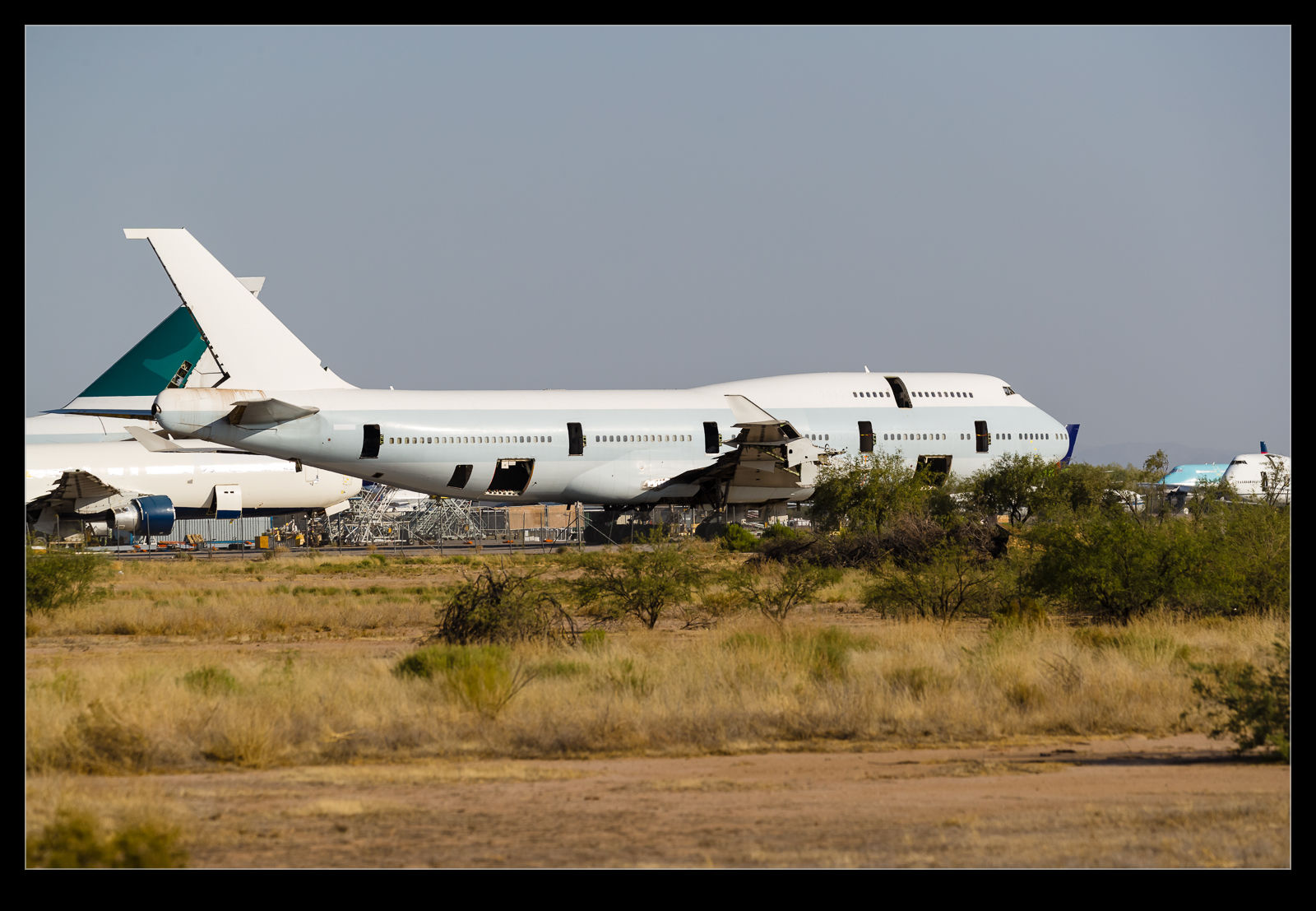 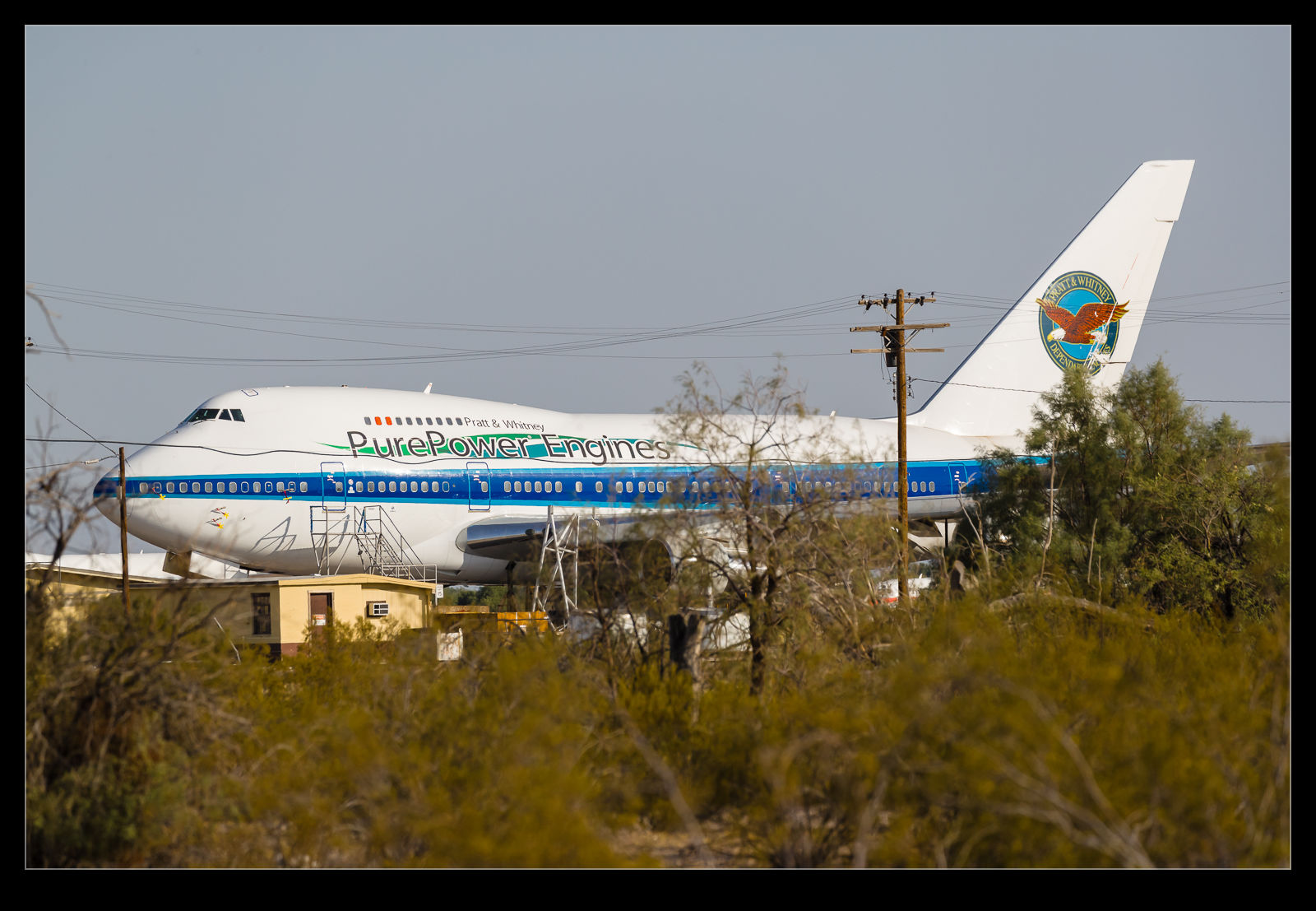 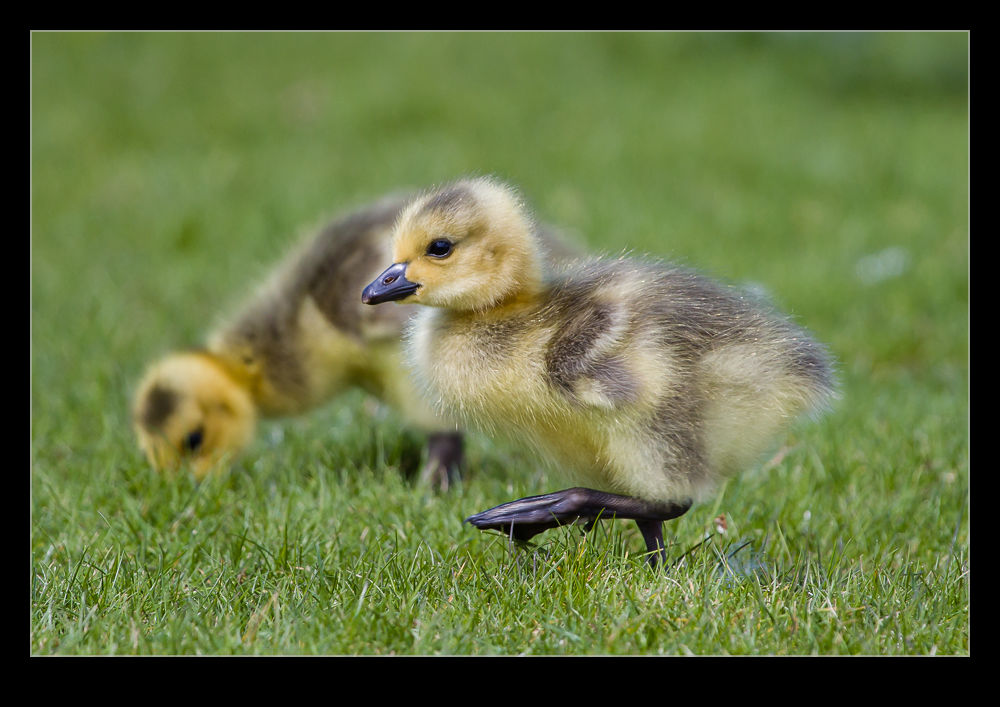 During a short break on a trip to Seattle, I was visiting a spot that has an aviation theme which should come as no surprise to anyone. While I was down at the south end of Lake Union, I was surrounded by geese. Since geese are unbelievably abundant these days, that is not so unusual. What I hadn’t counted on was that spring gets to Seattle a lot earlier than it does Chicago. As a result, one pair of geese already had a bunch of goslings in tow. 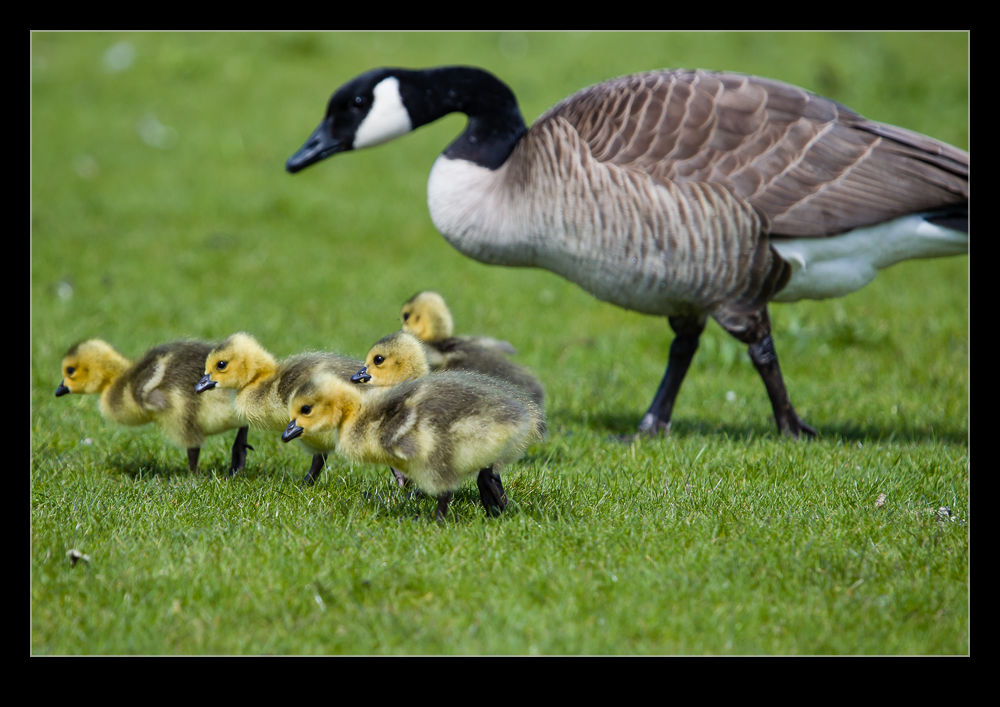 They looked pretty young and got a lot of attention from passers by. I am not immune to cute baby animals so grabbed a few shots of the family as they wandered around. It might not be quite kittens playing with balls of yarn but I guess I am getting close! 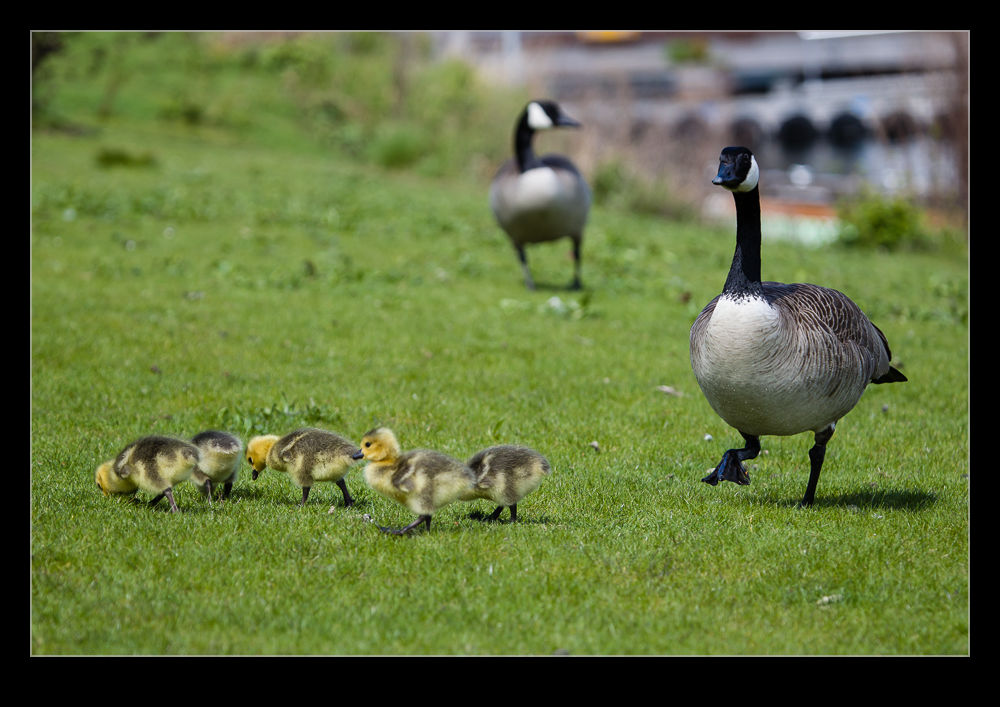