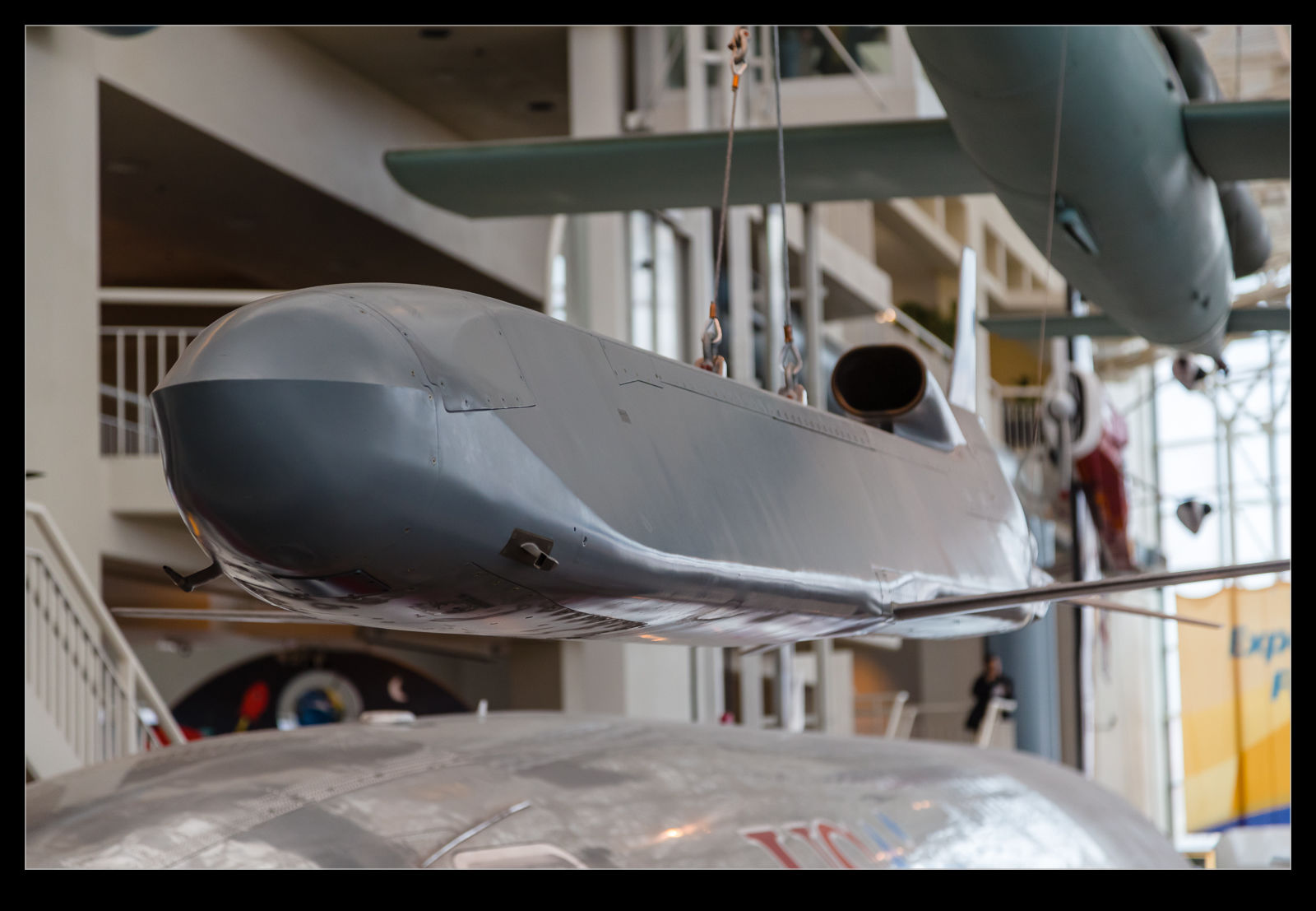 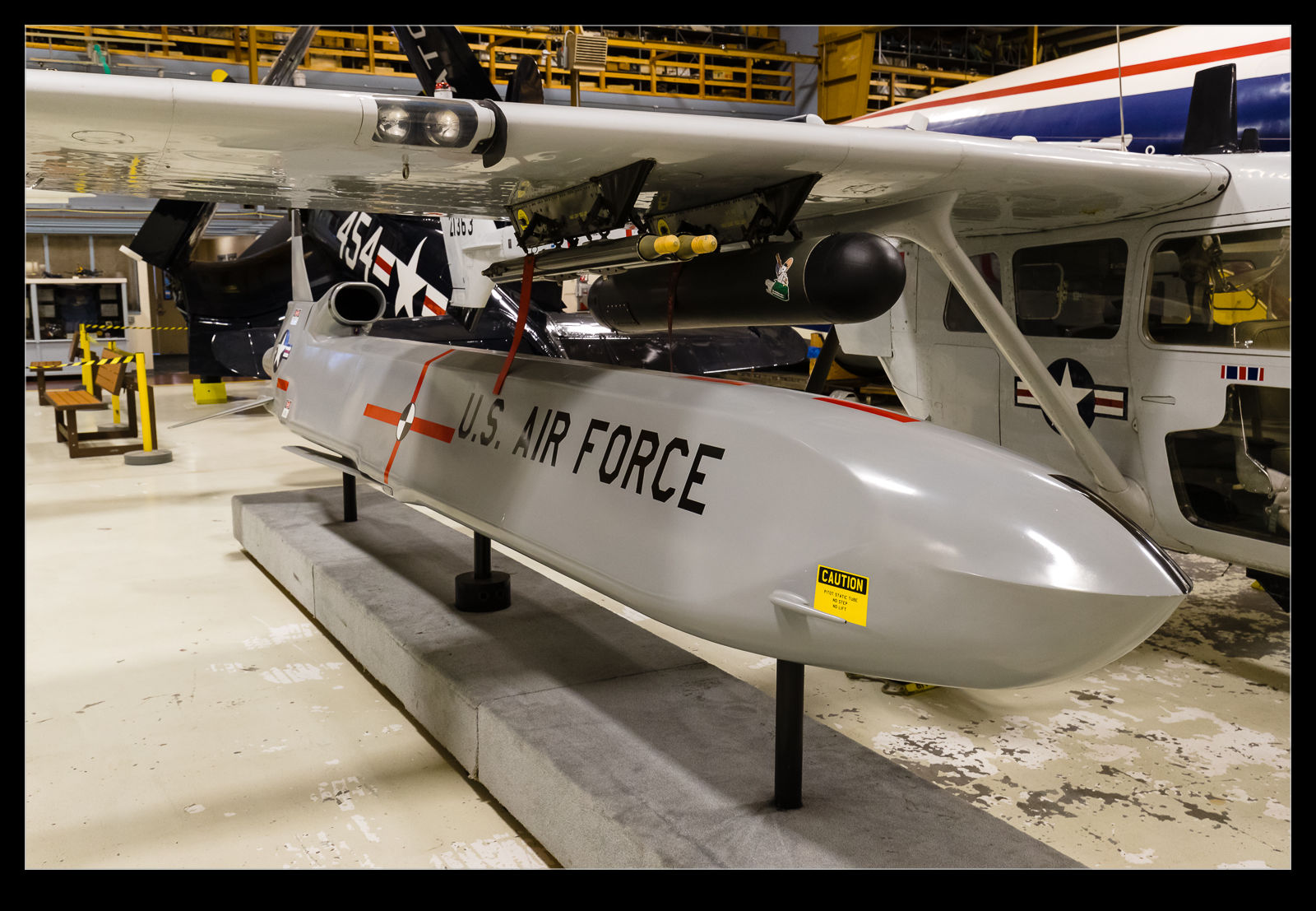 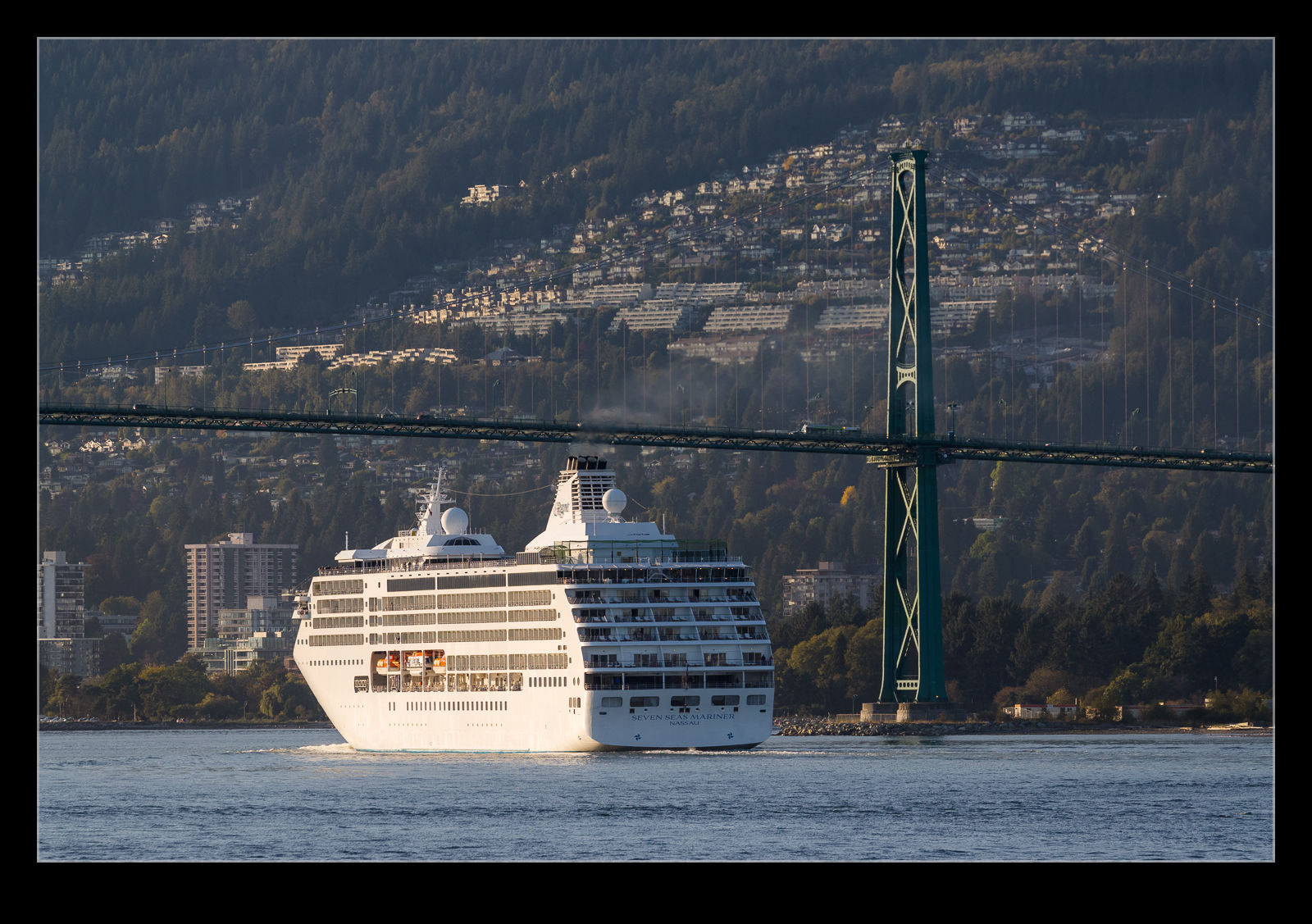 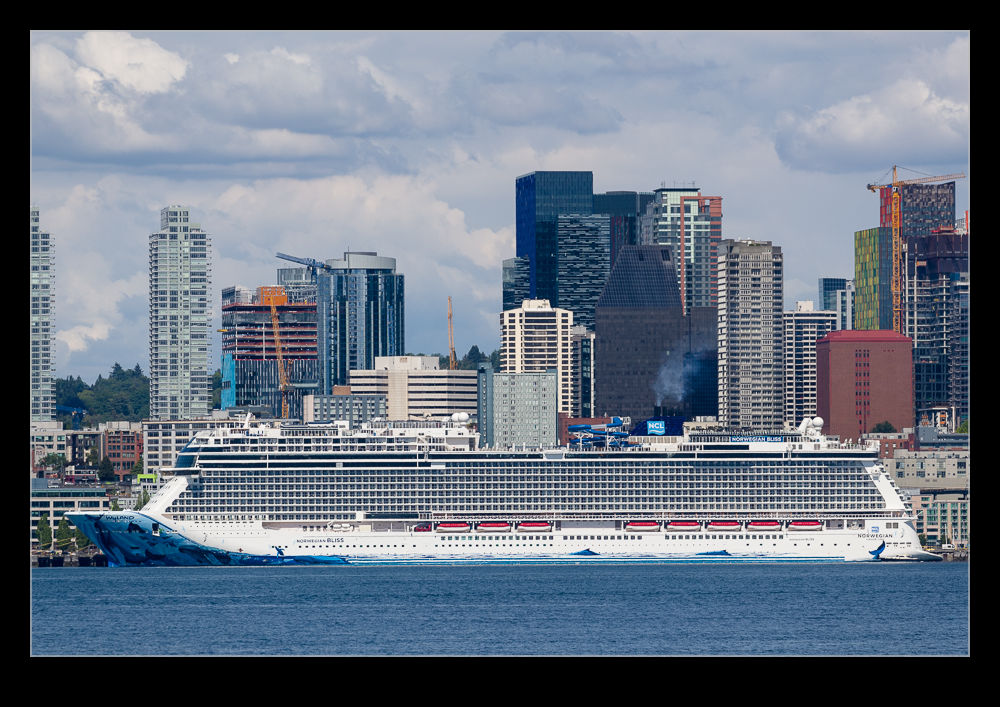 The return of summer means the return of the cruise ships.  We took a trip over to West Seattle when we had visitors to get a view of the city and there were cruise ships at both terminals.  One was side on to us while two more were stern on at the further terminal.  We shall have a lot of these big ships coming and going for the next few months as people head up to Alaska on a voyage. 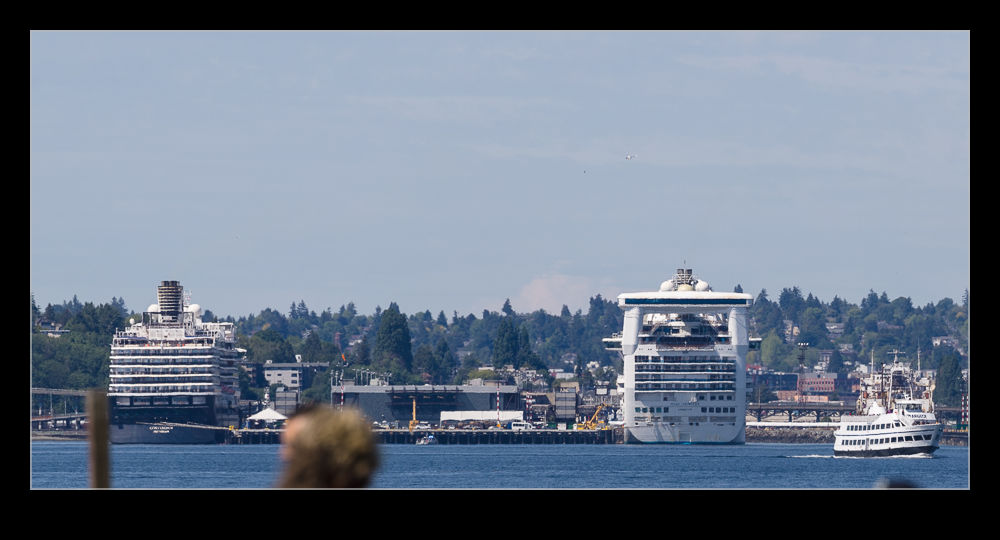 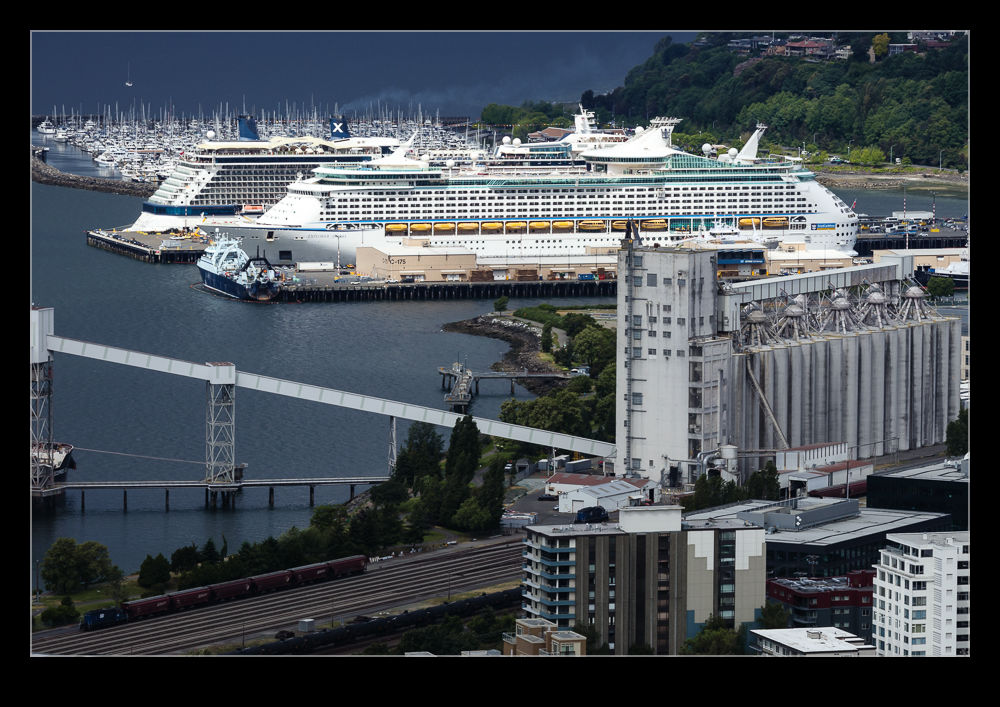 This is less of a technique post and more about the capabilities of modern software.  In a previous post I discussed a visit to Vancouver to meet up with family members that had come off a cruise ship.  We were down on the waterfront when the ship that they had come in on departed.  As it got further away, I shot a few frames with the longer lens to try and stitch together in a panorama.  The problem with this type of shot is that the ship is moving so the background is not consistent between the frames, even if you try and do them quickly.  However, I handed them over the Lightroom and it did its stitching thing and the attached shot resulted.  I think you would struggle to know that there was an issue based on the output.  Quite impressive software performance! 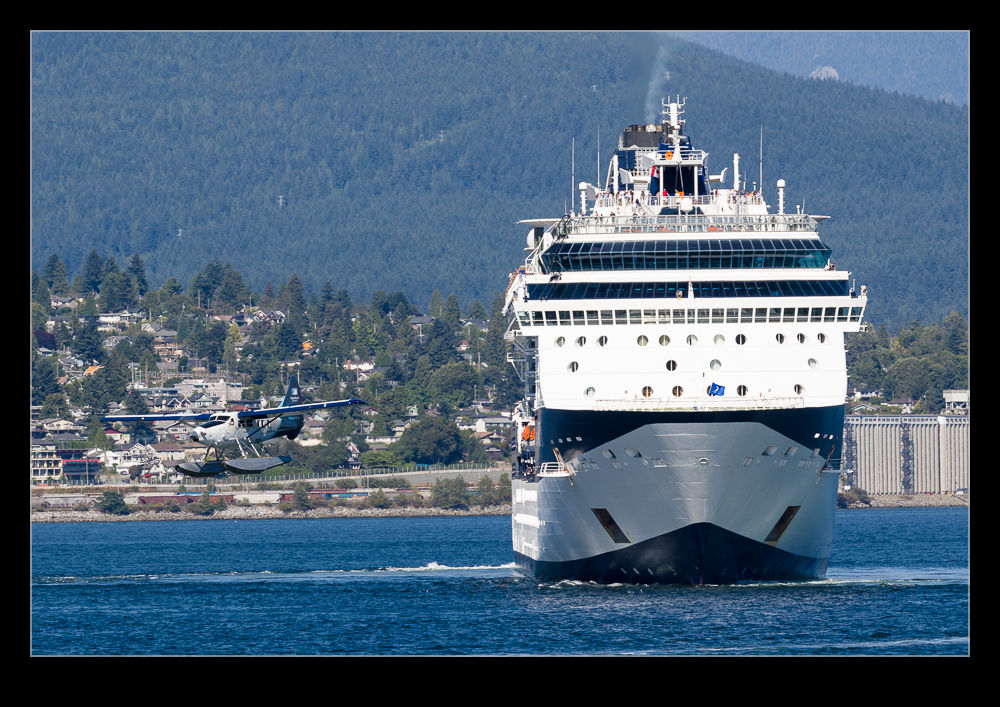