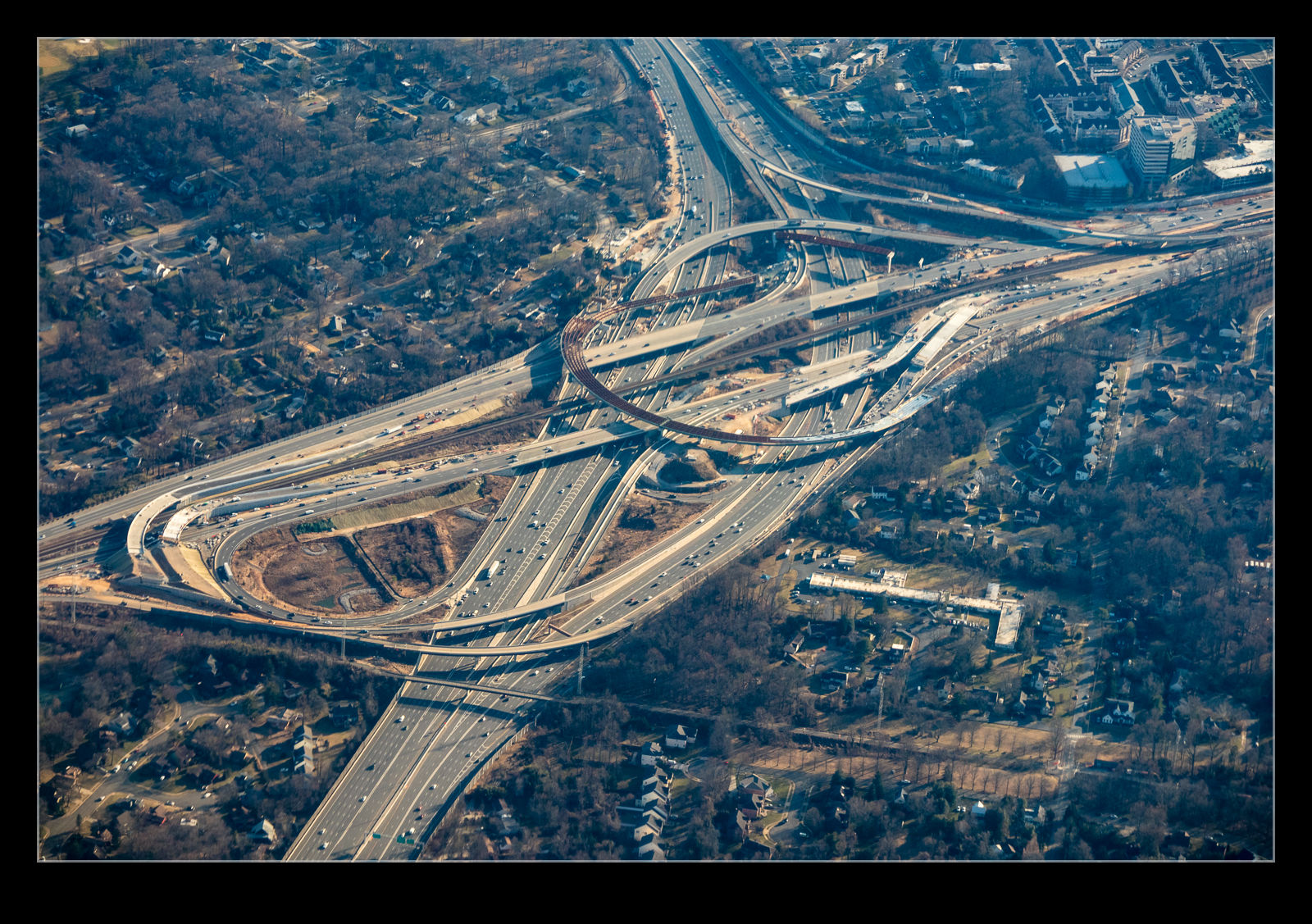 Continuing my theme of aerial photos from my flight to DC, as we got in to the metro area, I could see a major interchange under construction on one of the highways.  I’m sure, if I could be bothered, it would be possible to work out which highway this is and where the interchange is being built but I’m not that interested.  If you happen to recognize it, I would be fine knowing since that would require no effort on my part!  The evening light angle meant the shape of the construction was picked out with more clarity.  I wonder when it is due to be completed? 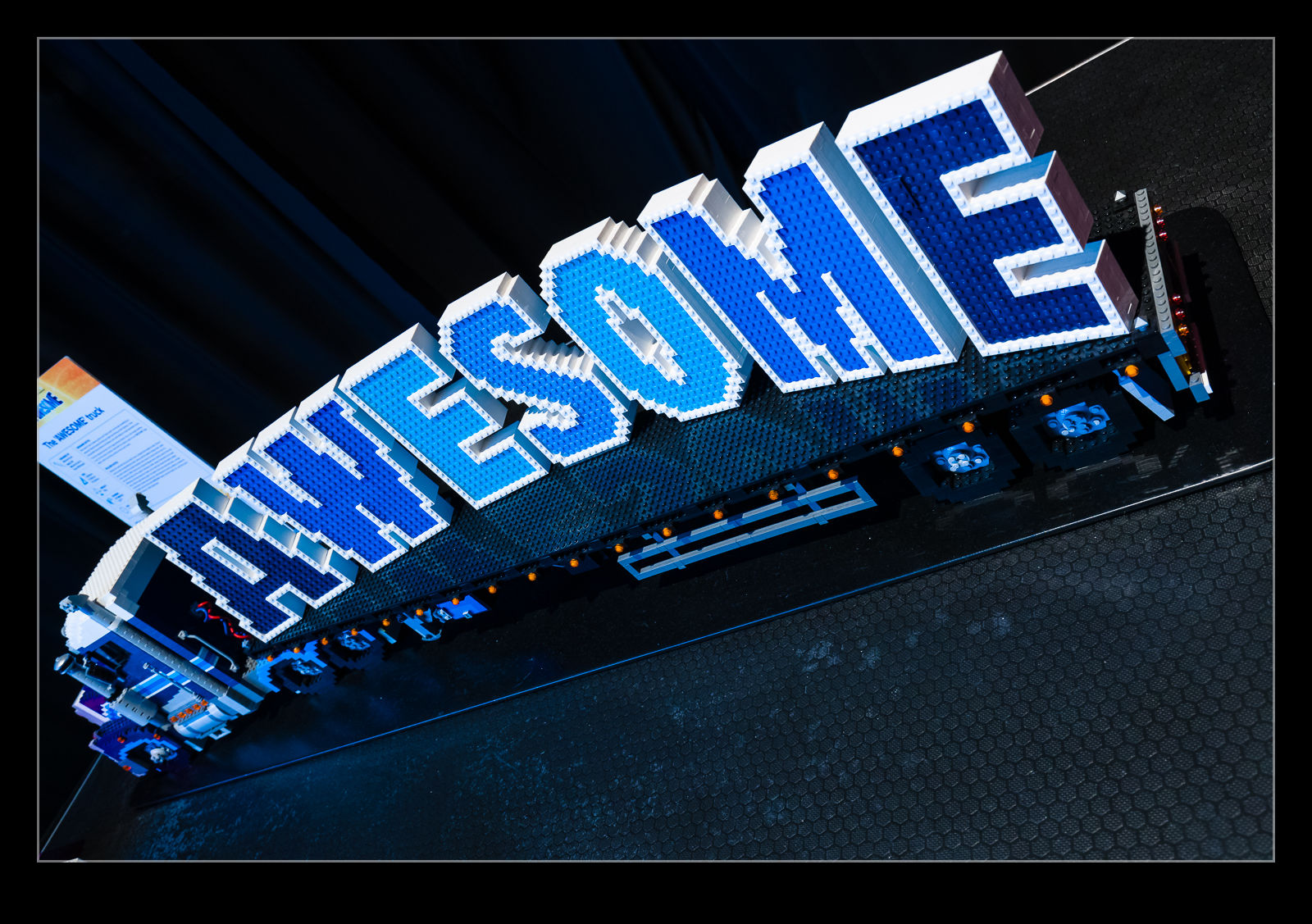 For those of you that have watched the Simpsons, you may be familiar with the Homer’s bowling ball type of gift.  I got Nancy tickets to a Lego exhibition in Seattle and, of course, I got to go along too.  The show was based around some large scale and complex lego creations which could include various forms of reinforcement.  The group that builds them is from Australia and there is a tour of their work for which this was one stop.

I will post some more specific items from the show in upcoming posts as there were some specific pieces that justify their own coverage.  Today I shall just give a more general showing of what was on display.  The exhibits were well spaced out and there were restrictions on attendance numbers for COVID which meant it was pretty easy to get a clear photo of some of the builds.  The lighting could be a bit tricky but overall it was fine.  I did use HDR sometimes in order to address the deeper shadows on some items. 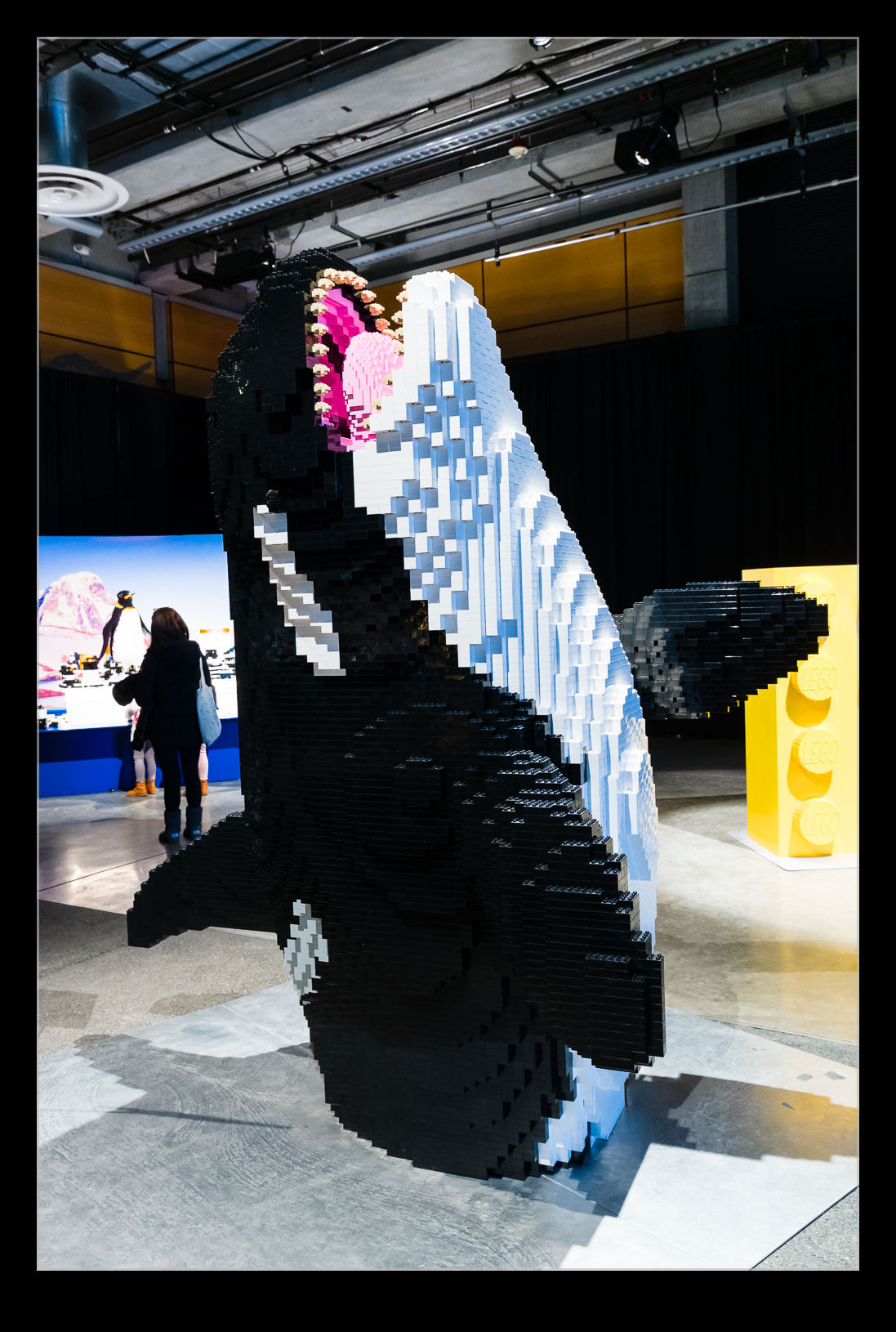 The level of detail in the builds was impressive.  For the more complex ones, there were plenty of Easter eggs to try and find.  Signs for each one would give you clues as to what to look for.  I am sure I could have spent even longer checking each one out if I had wanted and found more little elements that had been snuck in to their construction.  If it comes your way, maybe make a trip to see the work. 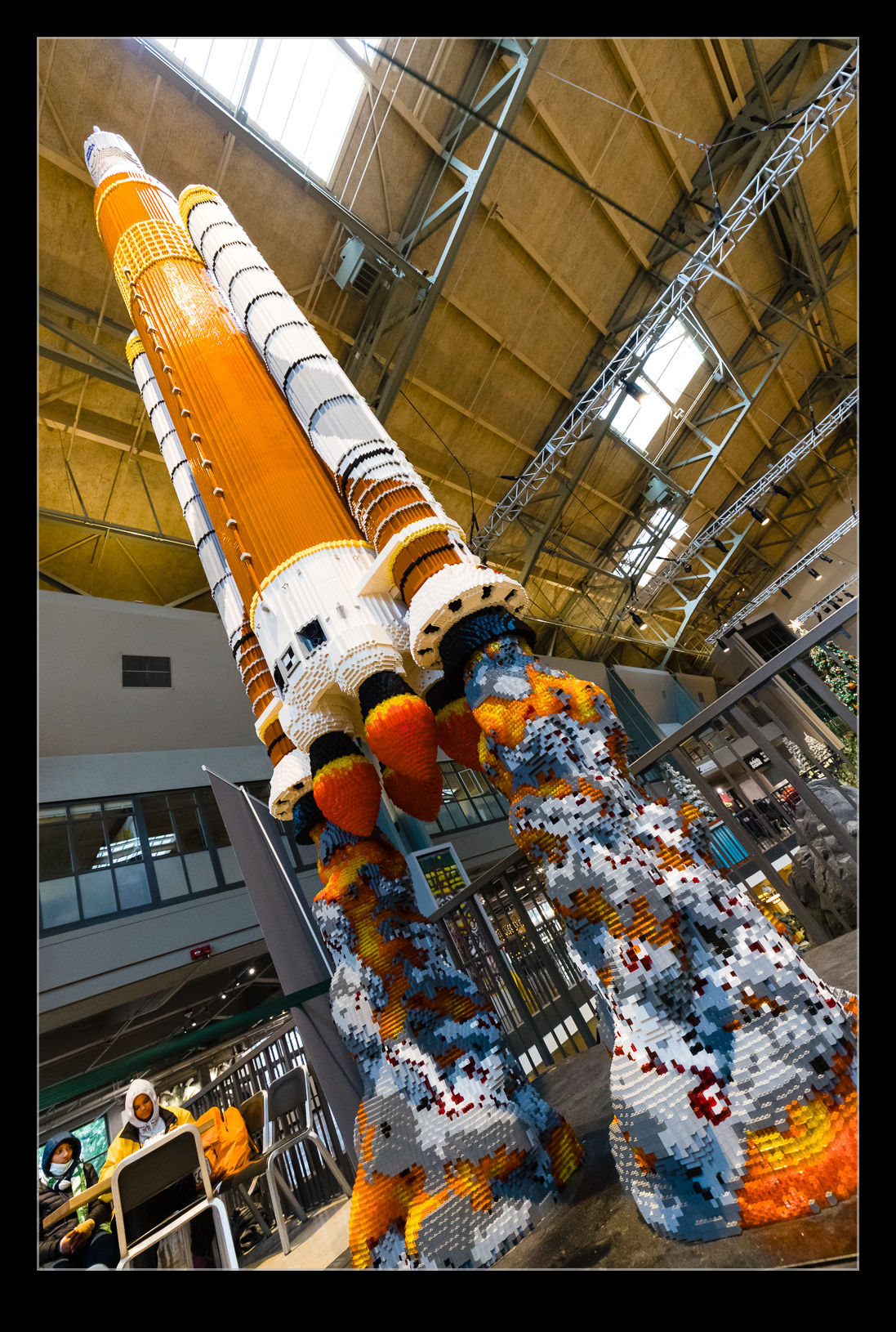 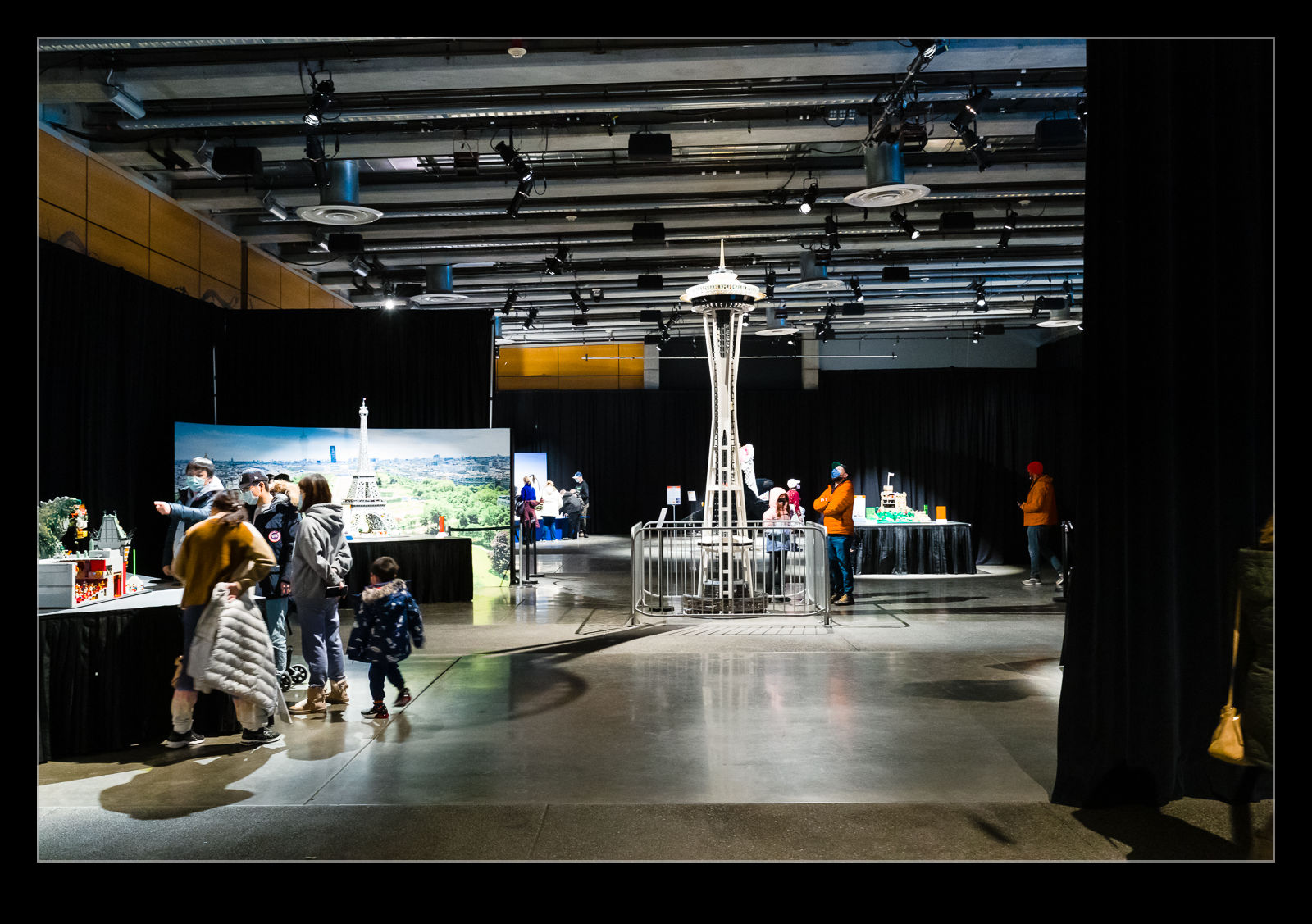 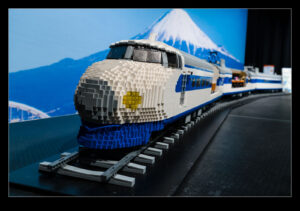 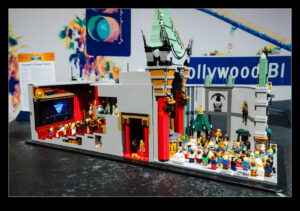 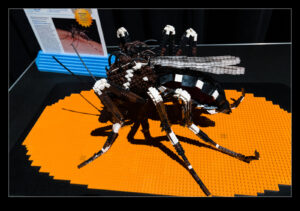 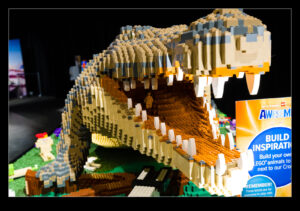 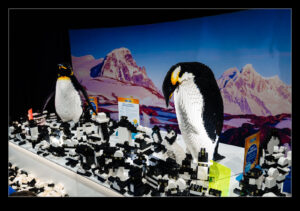 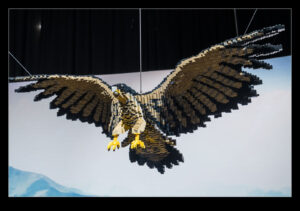 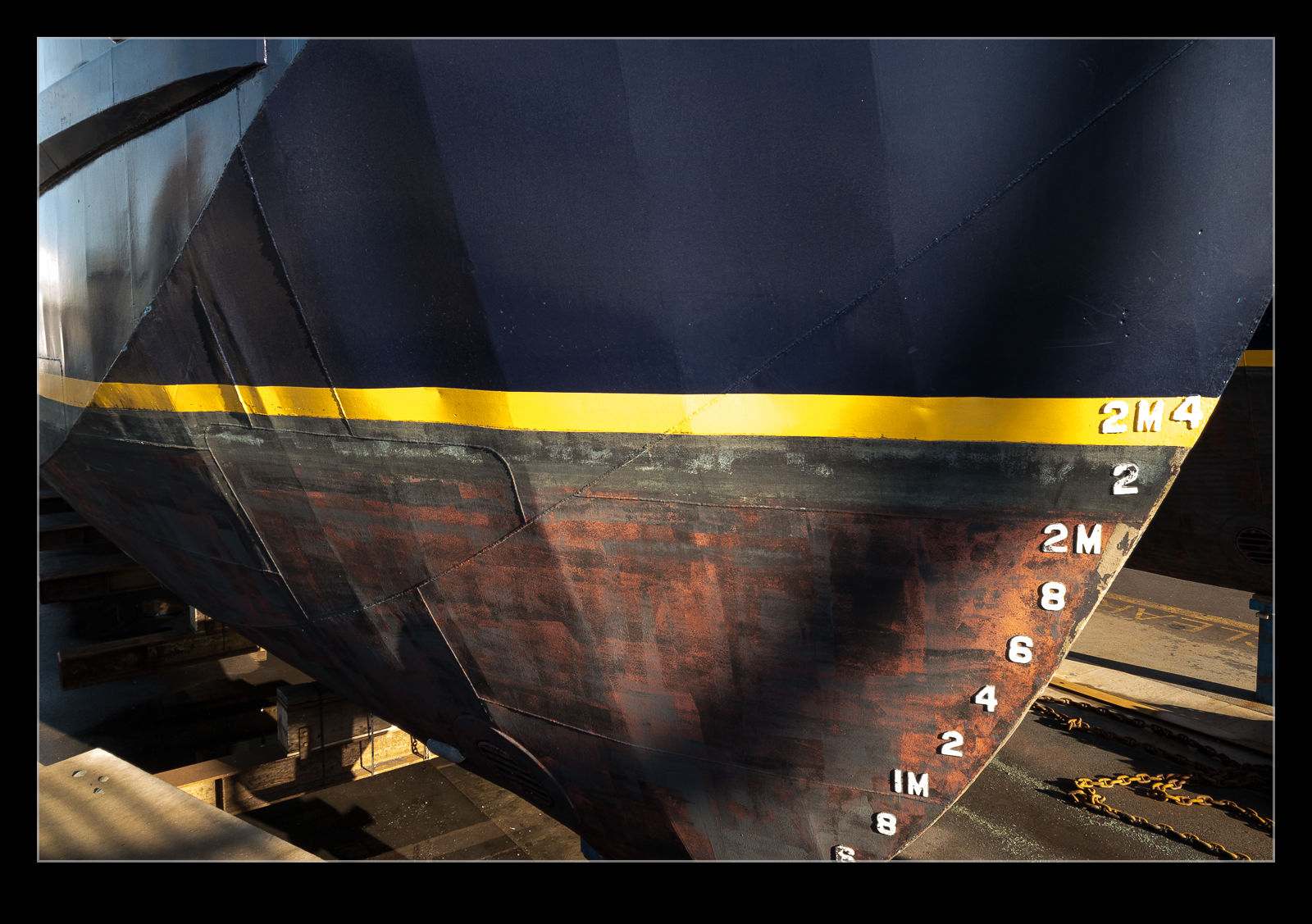 A while back, I produced a post about the way in which ships look a lot rougher when up close compared to from a distance.  In that case, it was a Washington State Ferries vessel I was considering.  In the shipyard in Victoria that was across from where we were staying, there was a catamaran ferry undergoing work.  The bow of the ship was very close to the fence and you could see exactly the same thing.  The steelwork welds were easy to see at that range and remind you that these ships are heavy engineering. 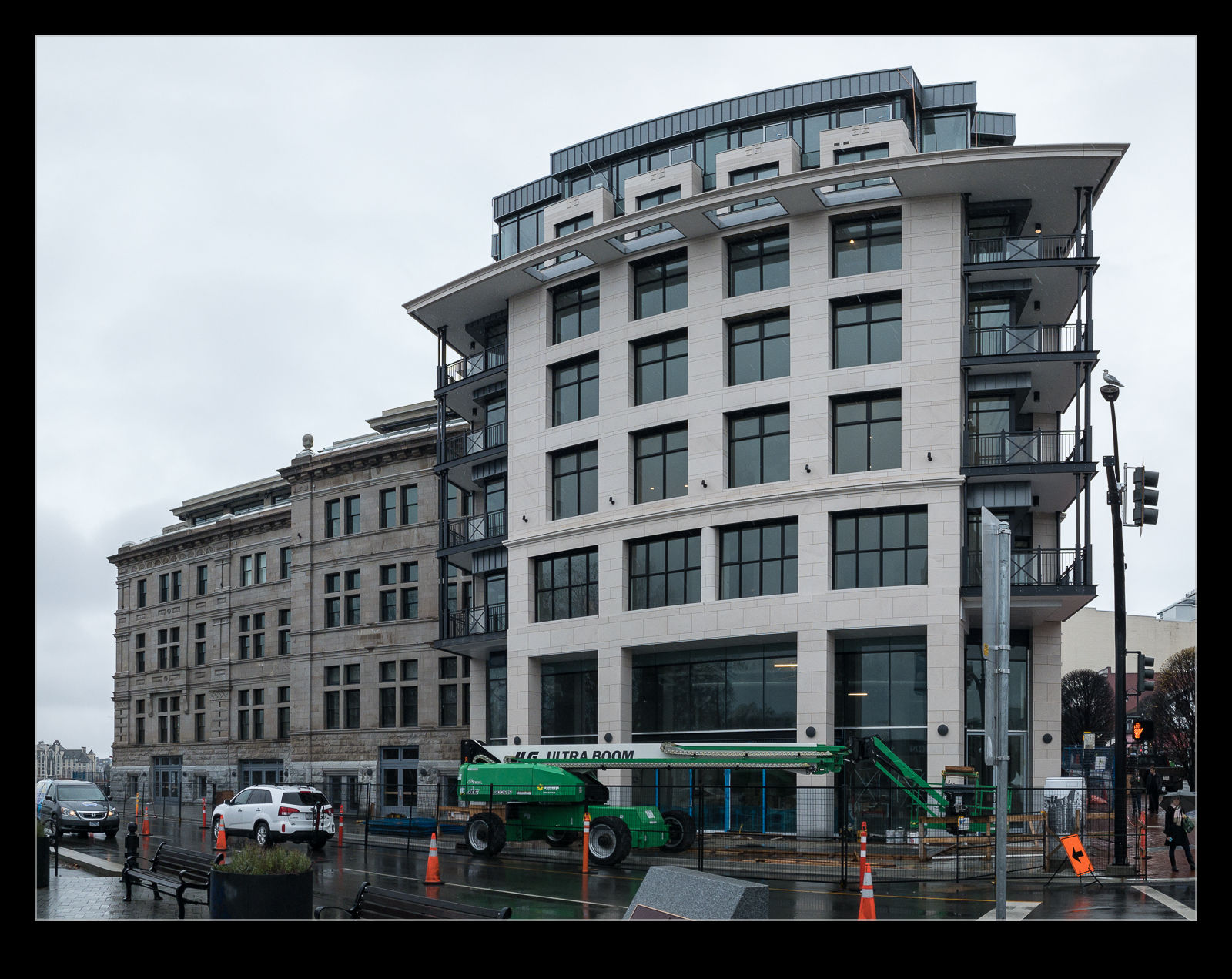 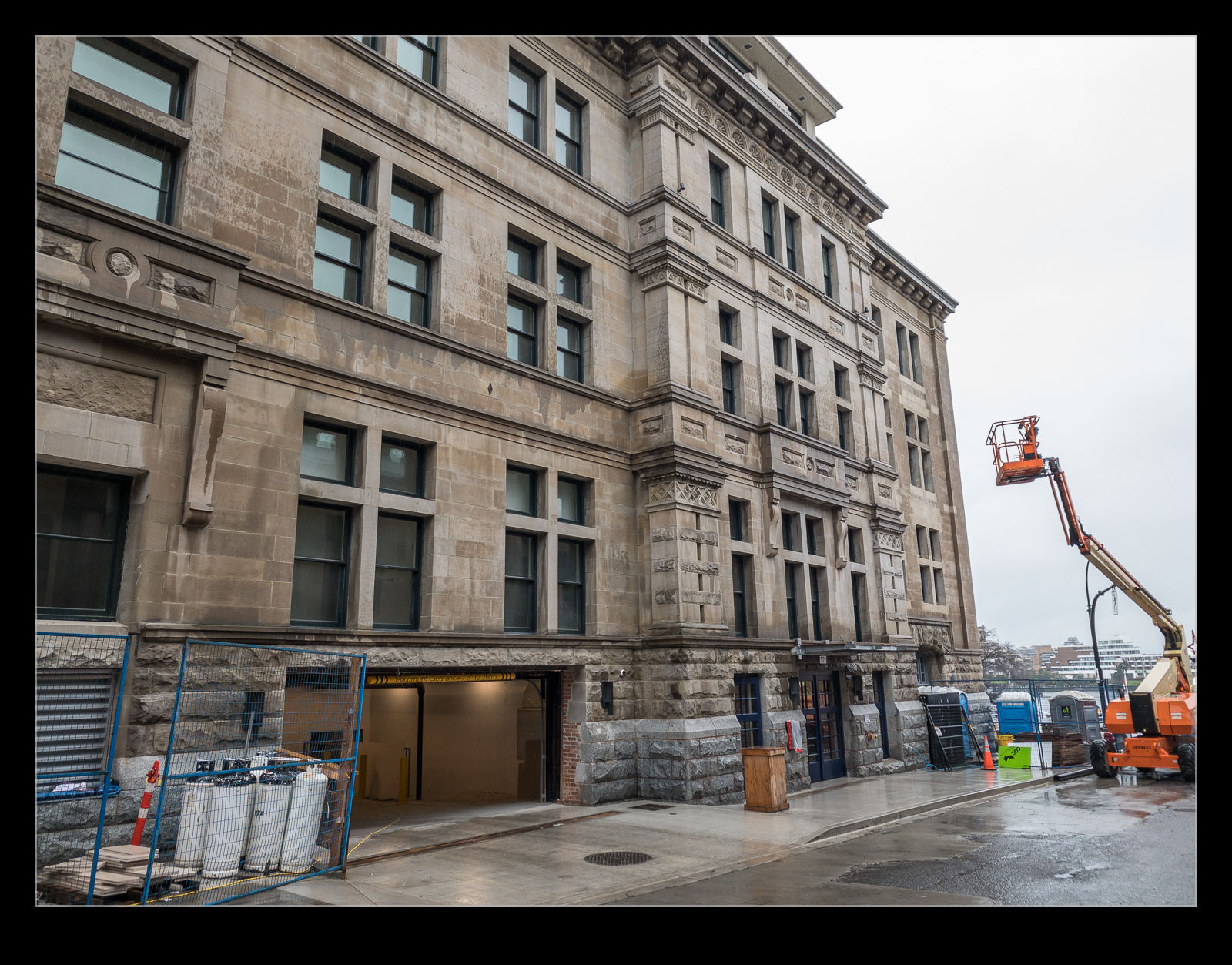 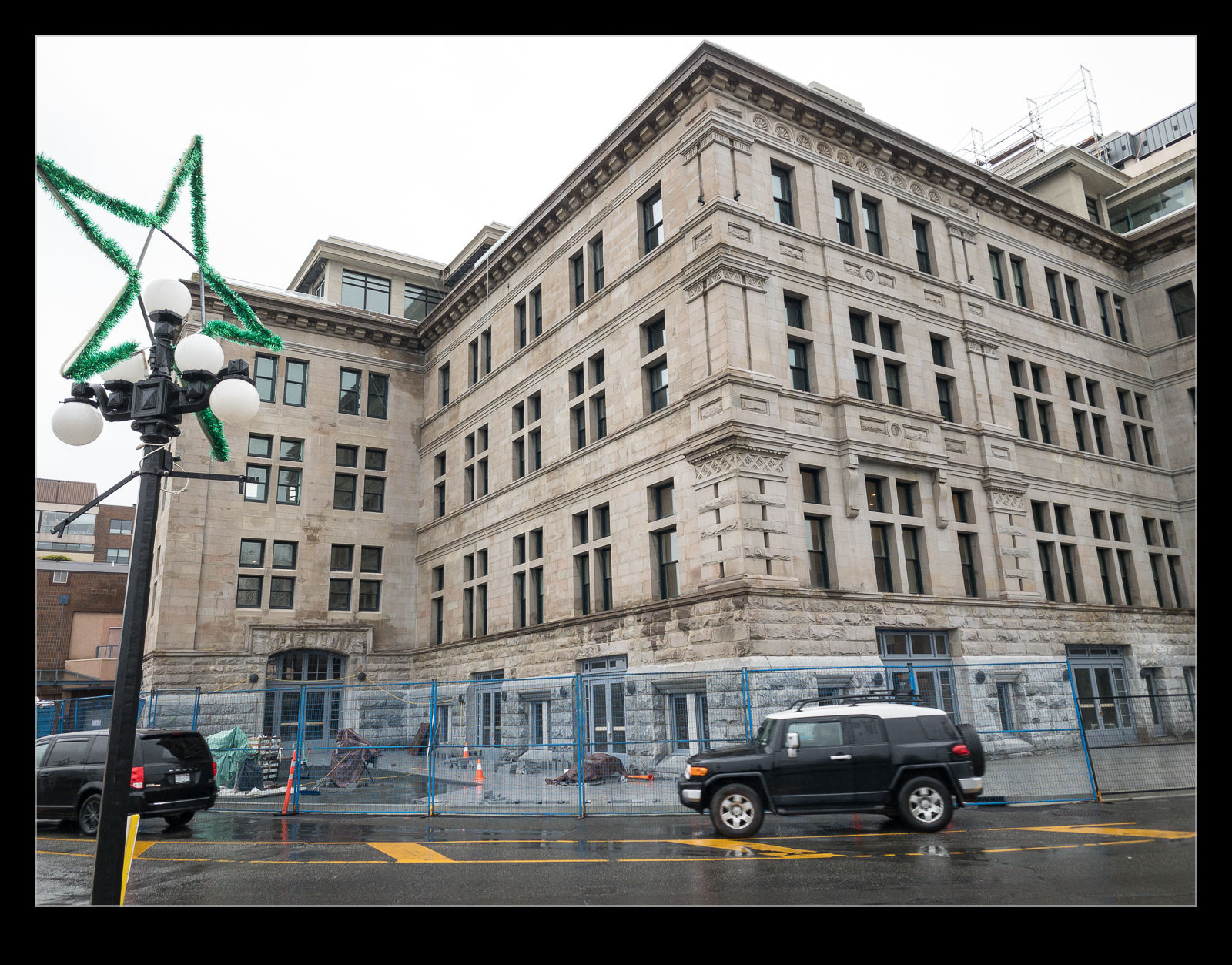 I got to climb a tower crane recently.  This is something I had never done before and, since it provides a good view of a site and it was a new experience, I was keen to go.  I had one of my bigger cameras with me but I didn’t have a strap for it.  This proved to be a poor choice.  Climbing the ladders to get up the tower is not particularly hard but trying to do so while keeping hold of the hand strap of one camera was possible but very slow. 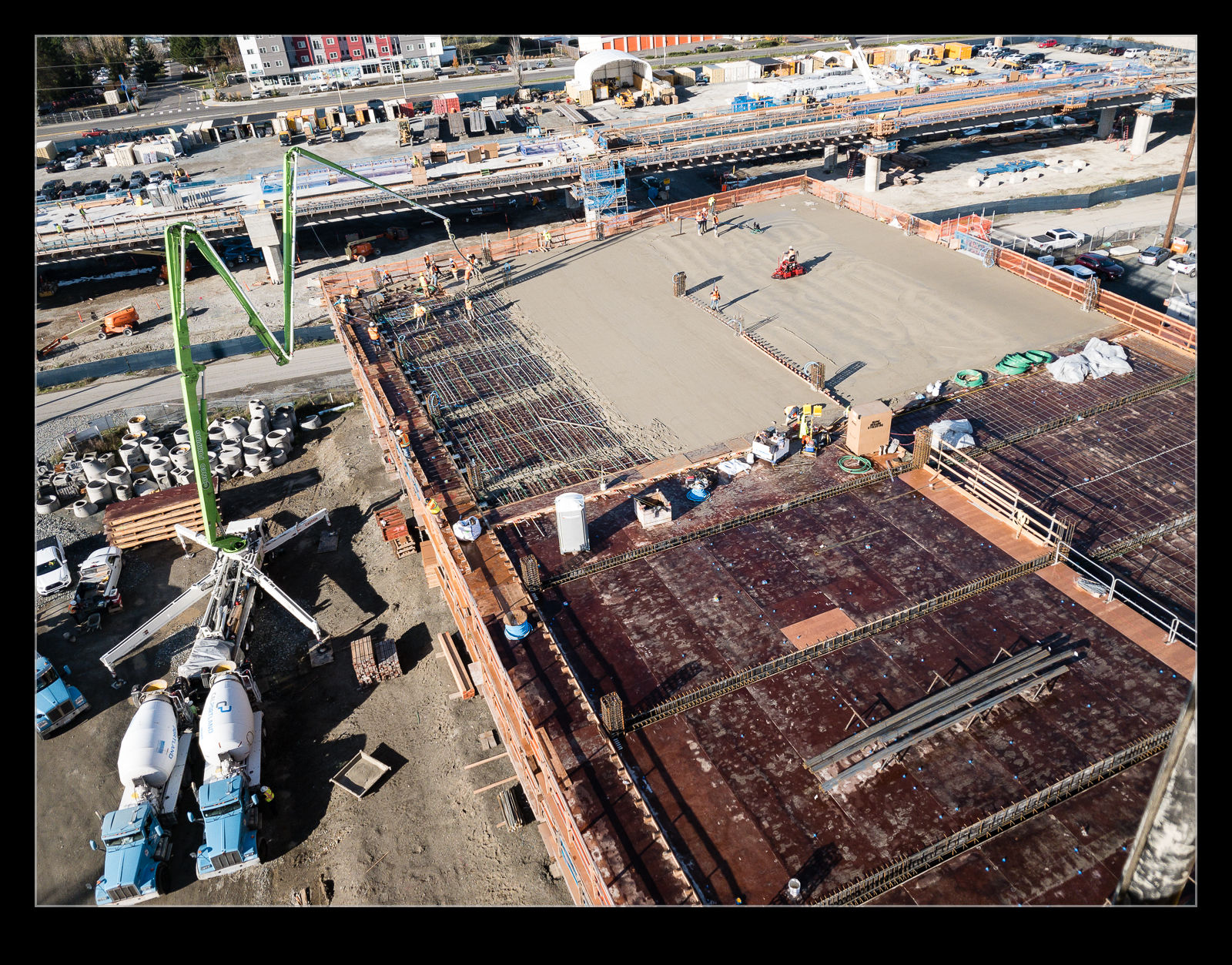 I quickly decided to leave the camera on one of the stage levels and get it on the way back down.  It wasn’t like anyone was going to be passing by.  I still had my phone in my pocket so that would have to do.  I got up to the level just below the cab.  Stopping at a few levels on the way up game me some different views of the construction site.  An elevated position is so appealing to me.  It gives perspective that most people never get to see. 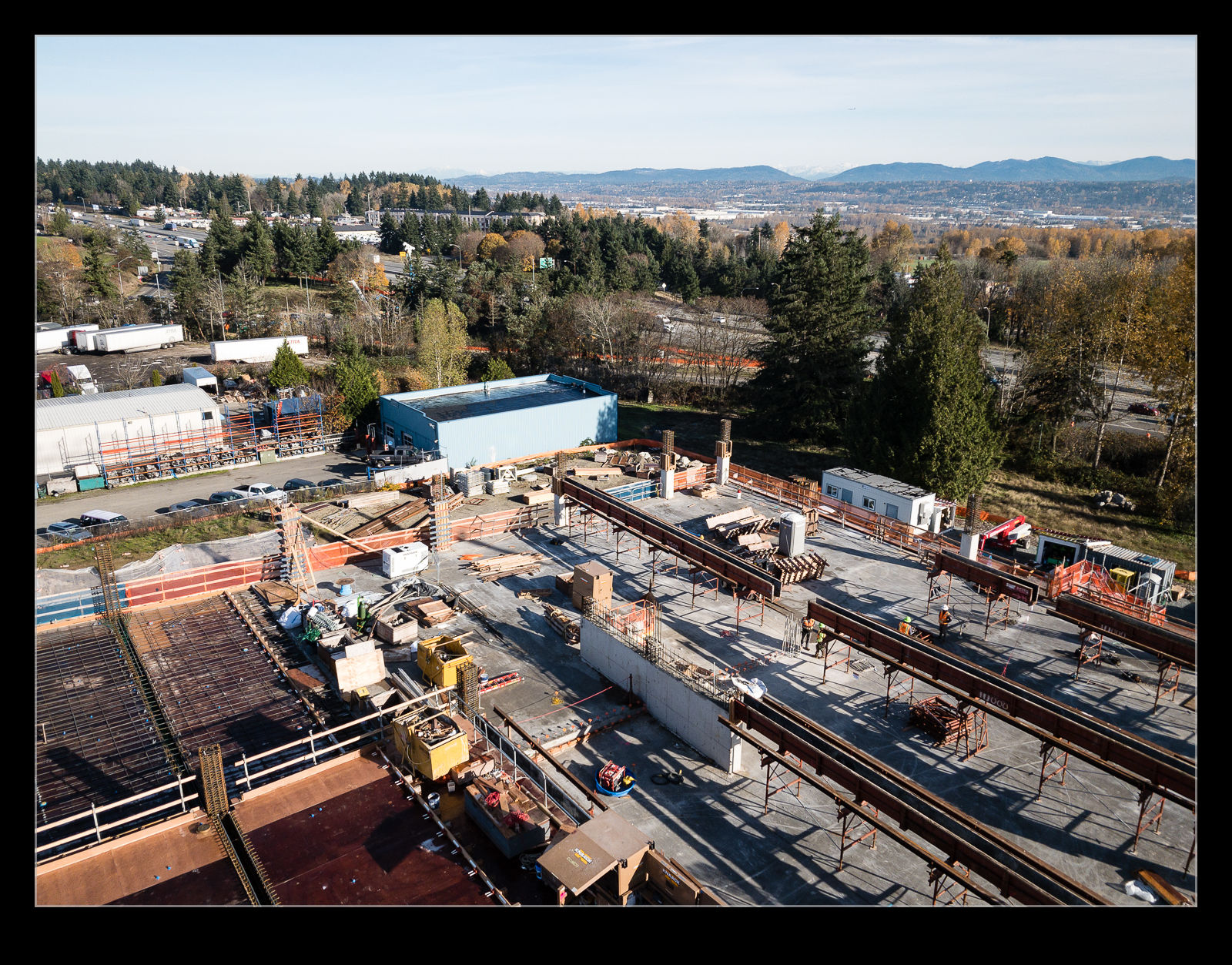 Climbing back down again was a little less easy.  There is something about climbing up something which seems more natural than climbing down.  However, I was soon reunited with my camera and then finished the last couple of levels.  I will take good note of the advice about not bruising your knees as the ladder angle changes.  I might have bashed them once or twice.  Also, next time I shall make sure to have a strap to allow me to carry the better cameras with me! 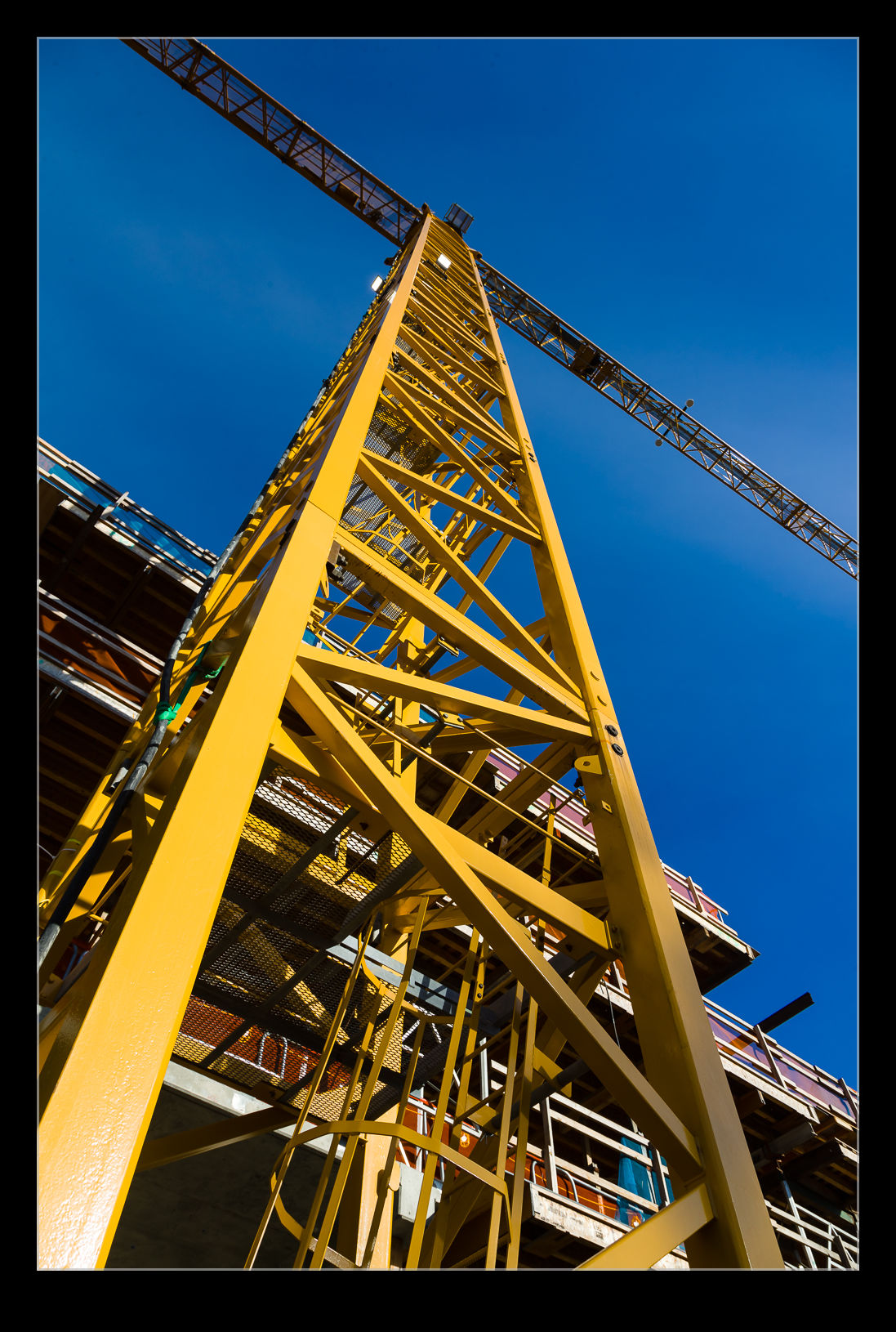 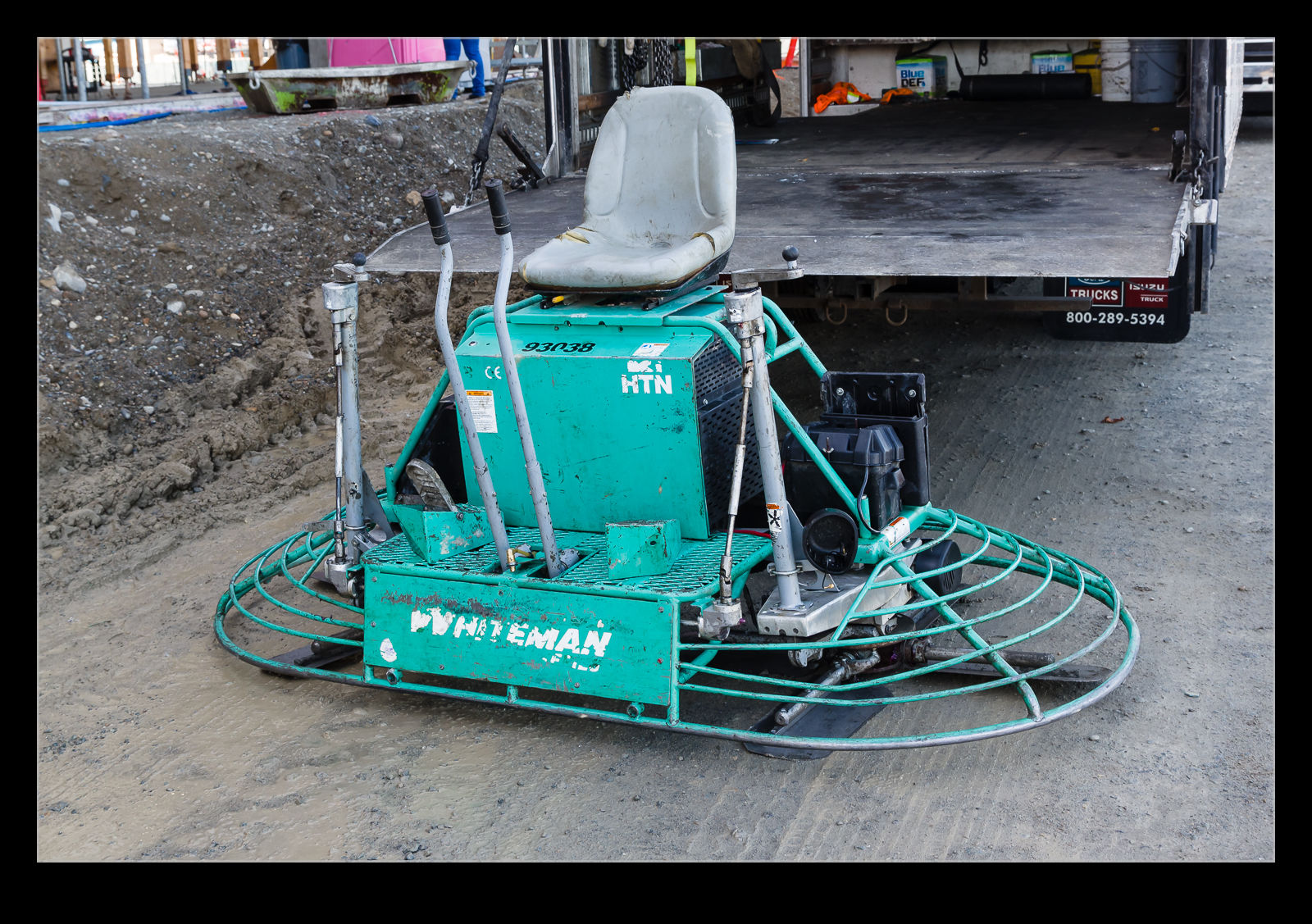 I was on one of the construction sites for the Sound Transit expansion to Federal Way.  As I walked around the parking garage that was under construction, I came across a piece of equipment I had not seen before.  I have seen machines for working the surface of concrete before but this one has two rotating elements under a seat.  The operator rides on the machine.  It looks like some kids version of a jet pack.

The better news was that a second one was in use on the upper levels of the parking structure.  When I got up the tower crane, I was able to shoot a little video of it in use.  It is a curious looking piece of machinery and, having never seen it before, seeing it in use really made me smile. 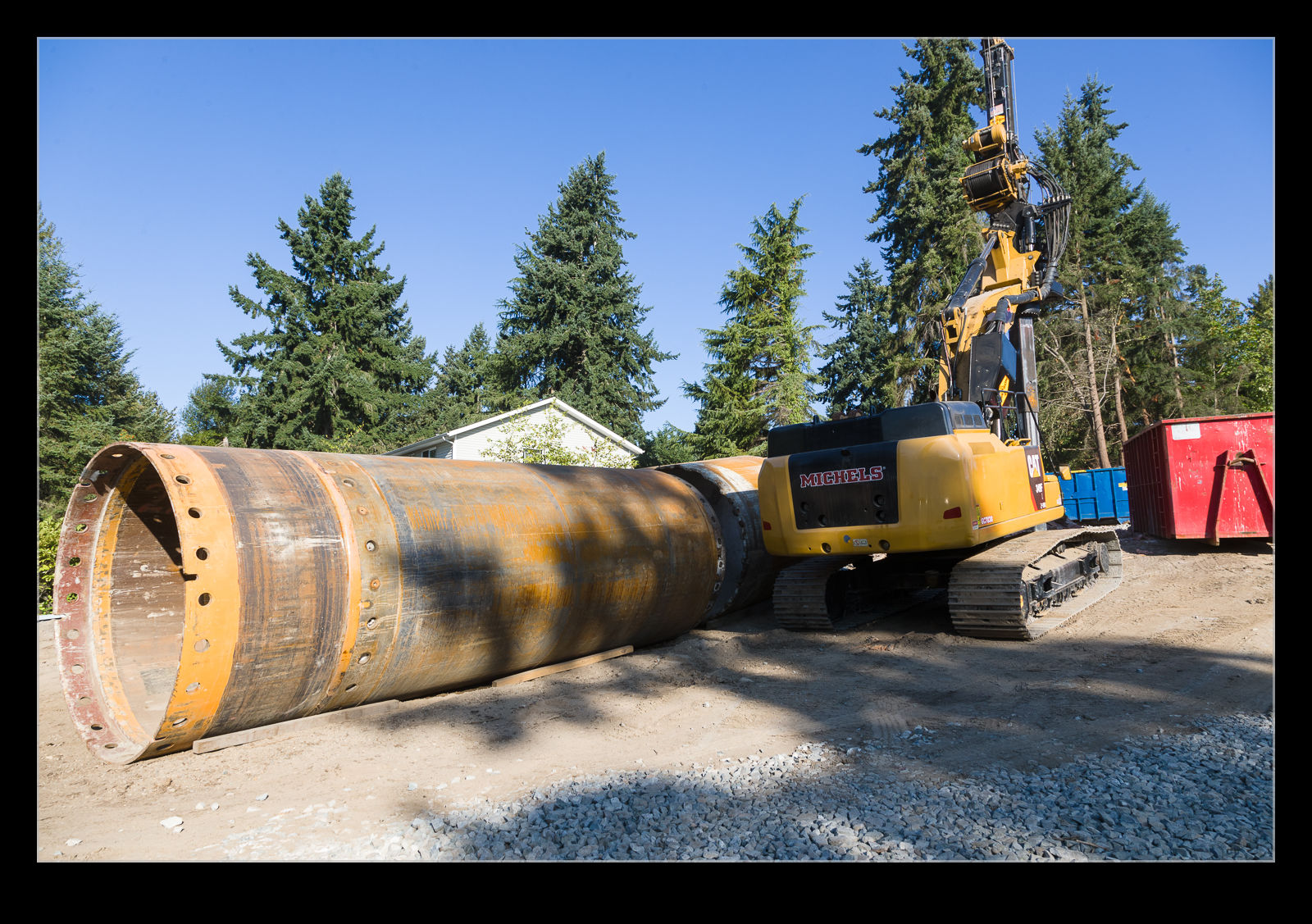 I was doing a visit to one of the construction sites that our team at work is managing currently.  There is a lot of elevated guideway as part of this project and that involves drilling shafts for the elevated structures.  The drilling was not underway at the location we stopped off at so I could see some of the drilling equipment.  Not only was the auger like drill on site but also the cylinders with cutting heads mounted on the edge which are rotated in place by the other tool next to the drill.  The crews can drill these holes at quite a rate when they are going and the result is that the structures are springing up across the project at this point.  Nice to be part of something that will be soon serving the communities in the south part of King County. 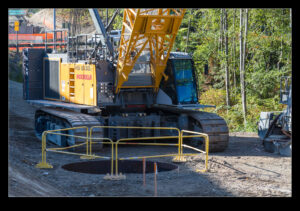 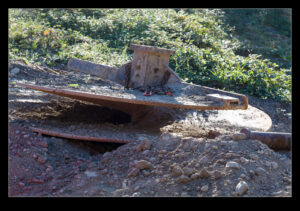 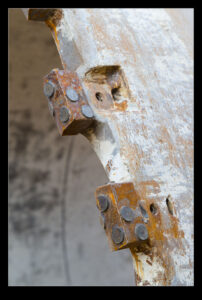 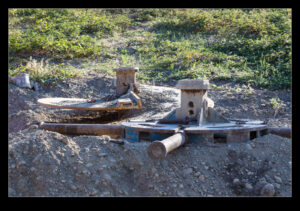 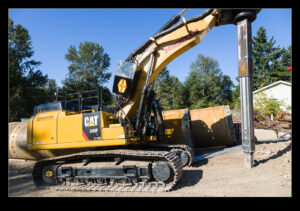 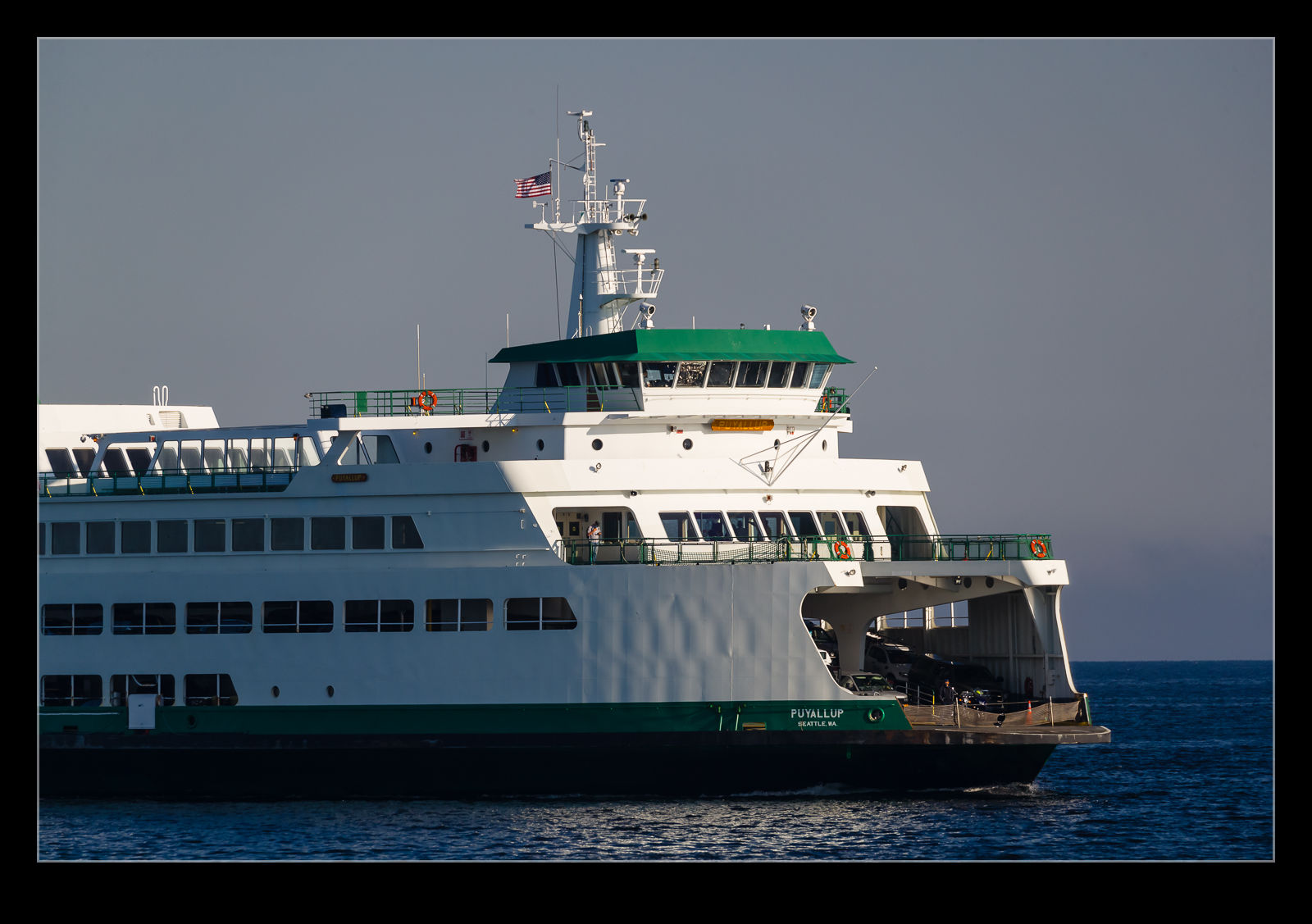 When photographing the ferries at Edmonds, the sun was very low in the sky and was coming on to the boat at an oblique angle.  This shows up something that is not obvious about ships from far away but is really obvious when you get close to them.  Take a look at a large ship from far away and it may look like a smooth sided creation.  However, ships are constructed from plates of steel being welded together and, when you get close to them, this becomes a lot more apparent.  The individual panels are far from smooth and the joins where they are welded together are a bit “agricultural”.  Get the light on them at a shallow angle and this is pretty clear. 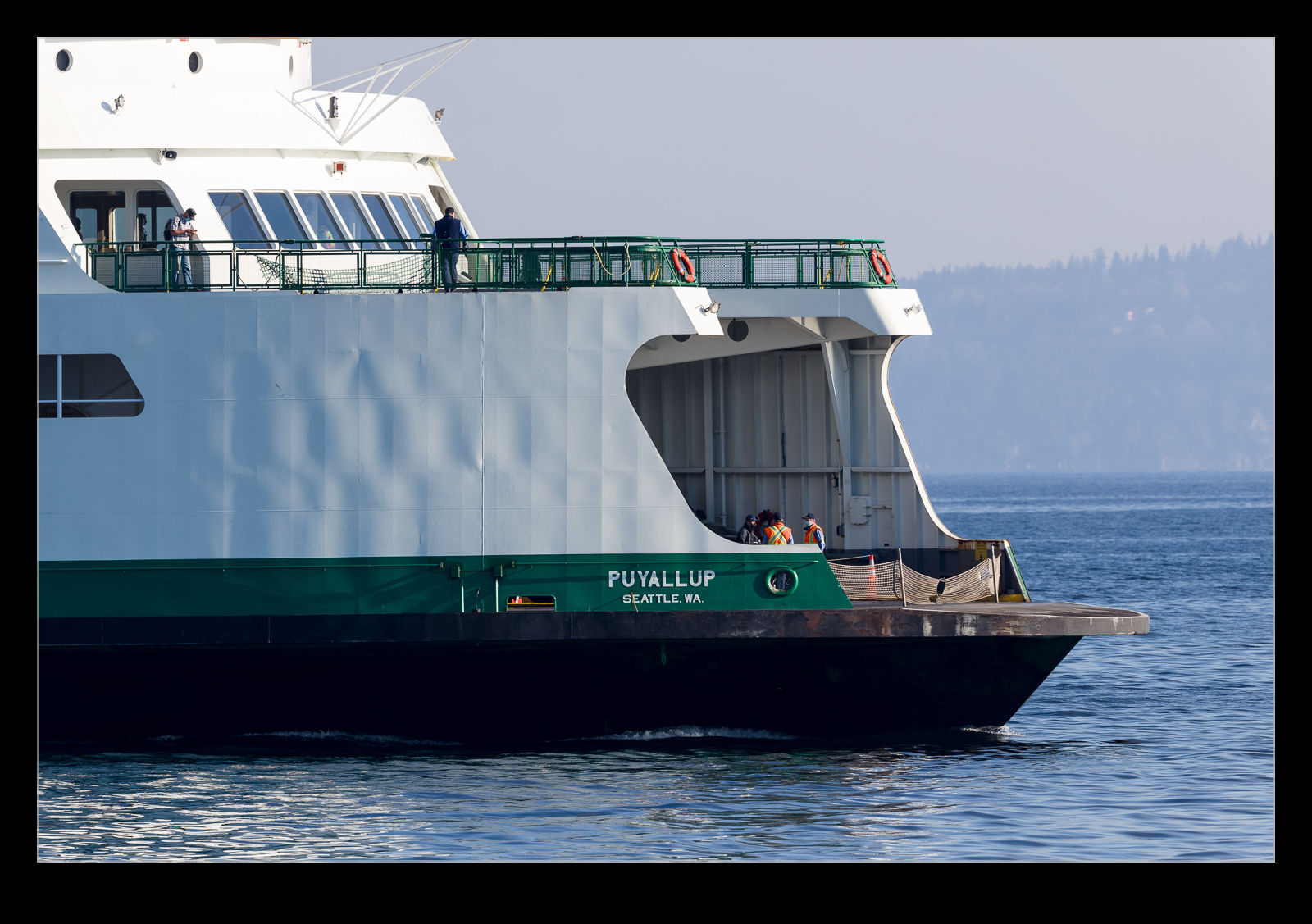 One of my regular bike routes takes me over the hills between Redmond and Bellevue on the SR520 bike trail.  This parallels the highway and provides a good route to get to the lake (although the climbs can be a bit tiring on the legs).  As you get up to the highest point on the crossing, you pass a new footbridge.  The light rail system is being extended to Redmond and there is going to be a station up here by the Microsoft campus.  Part of the construction is a new footbridge across the highway to allow passengers to also access the campus on the other side of the road. 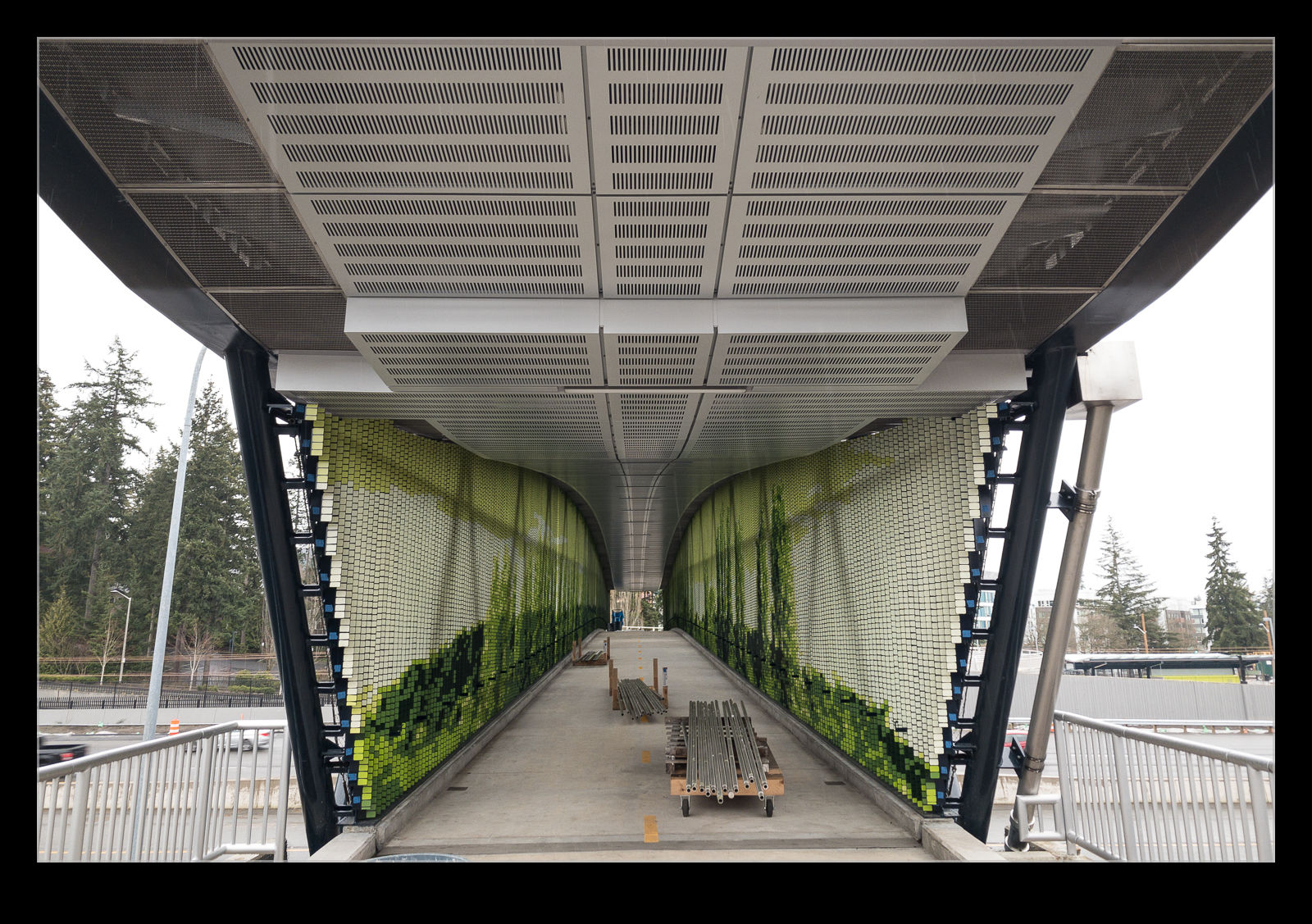 The bridge is being finished up at the moment so isn’t open for use – the light rail will open to this location in 2023.  It is well advanced though.  They have some interesting artwork decorating the interior of the bridge.  I stopped to get some shots of it while out on a ride.  You might suggest I needed a rest after making the climb but there is not evidence to support that hypothesis! 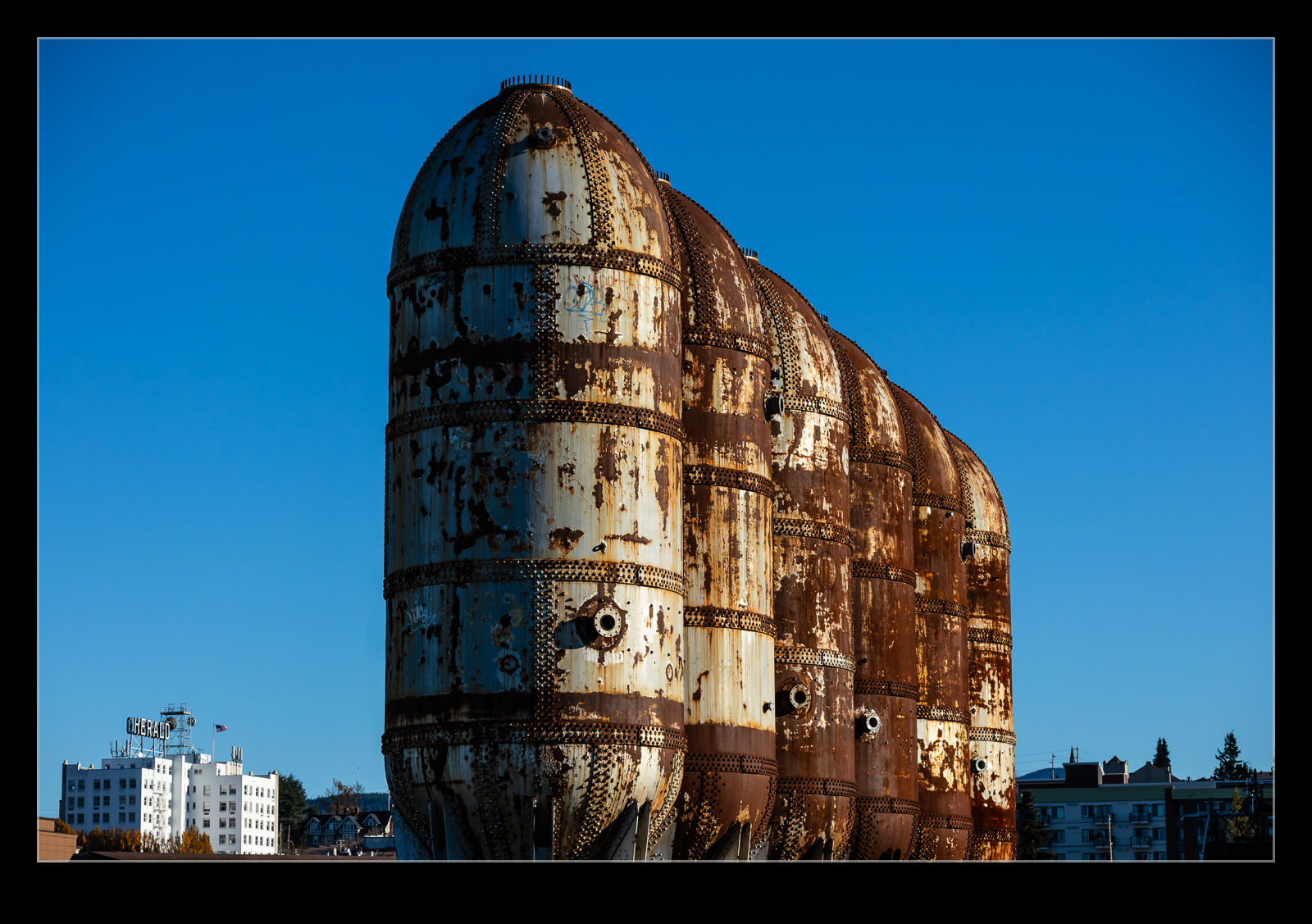 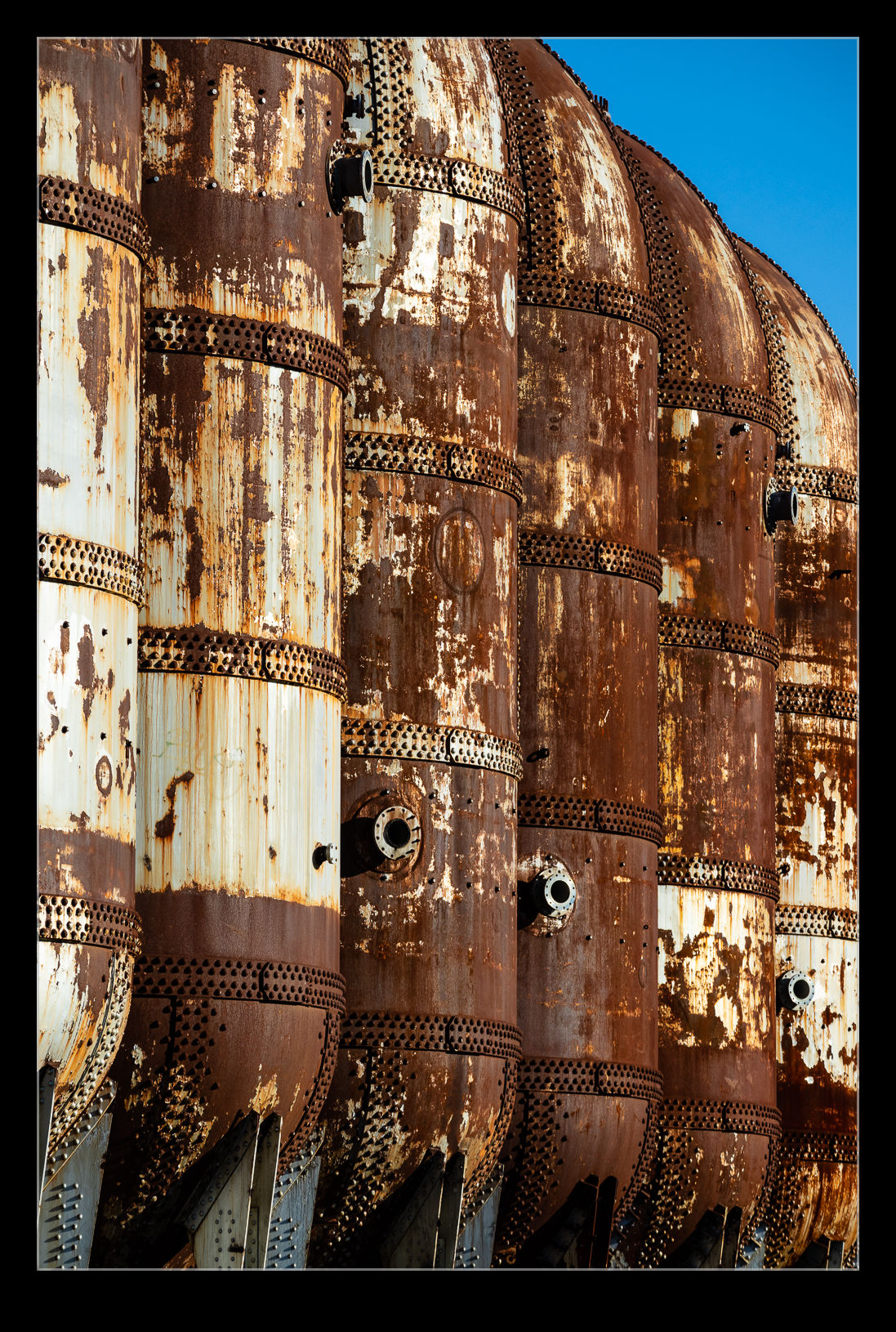