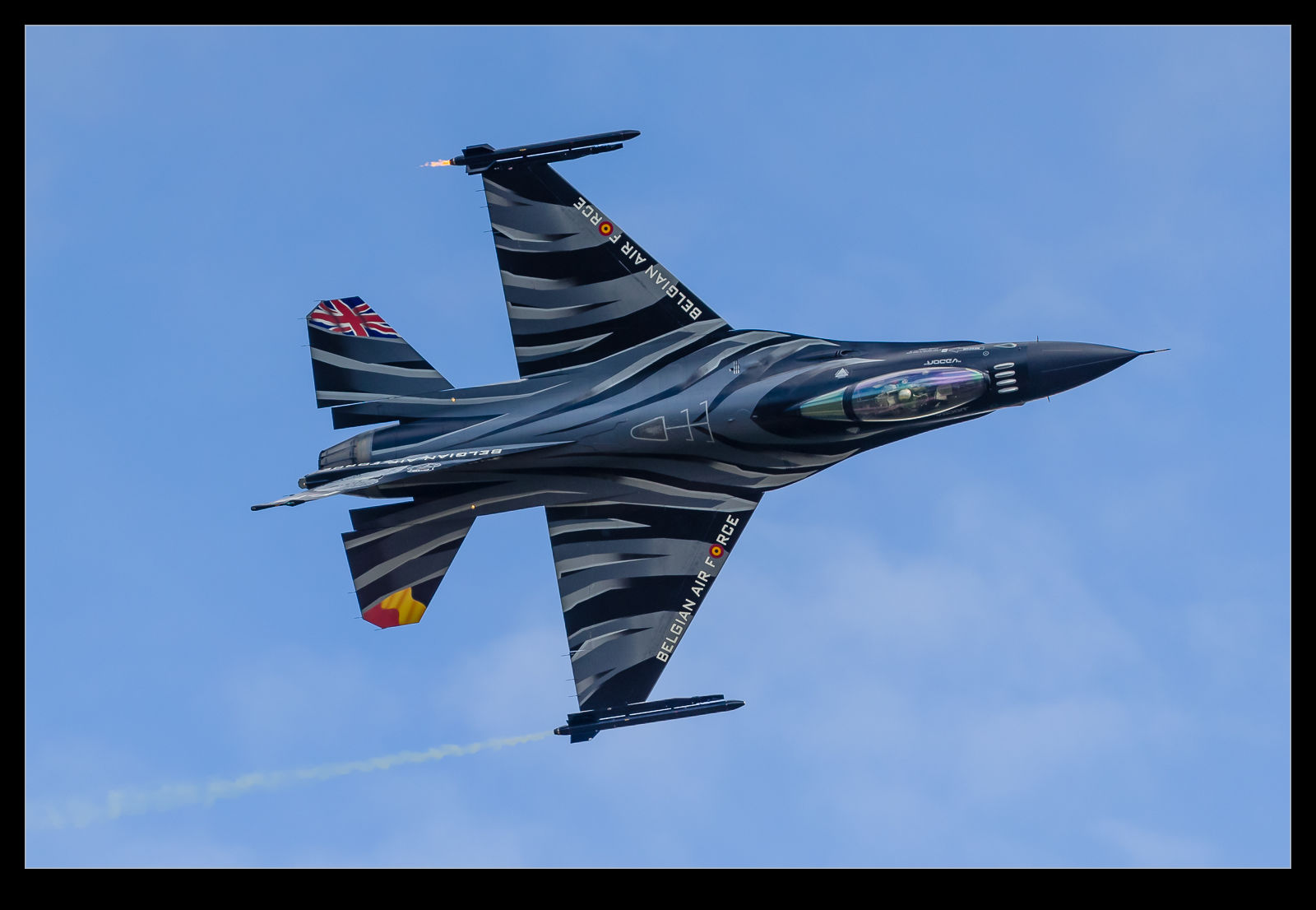 My F-16 shots from RIAT didn’t just throw up vortices (like this post).  They also showed something that seems to be a common occurrence in flying displays.  That is the failure of a Smokewinder to perform.  Smokewinders are a smoke generating pod that fits on a Sidewinder launch rail.  They are controlled from the cockpit and should add a nice effect to a display sequence.  The Belgian Air Force display aircraft was using them for its display.

In the early 90s we used them on the BAe company Hawk demonstrators at shows.  The crews had got to understand the workings of the pods well and knew what could cause them to quit during a display.  At one Farnborough, they actually helped out one of the other companies that was having trouble keeping theirs running smoothly.  I guess the problem hasn’t gone away and the knowledge is not widely shared as the Belgian jet lost one pod during its display.  In the shot above, you can see a small amount of flame emerging rather than the intended smoke and, a short while later, the pod quit for the rest of the display. 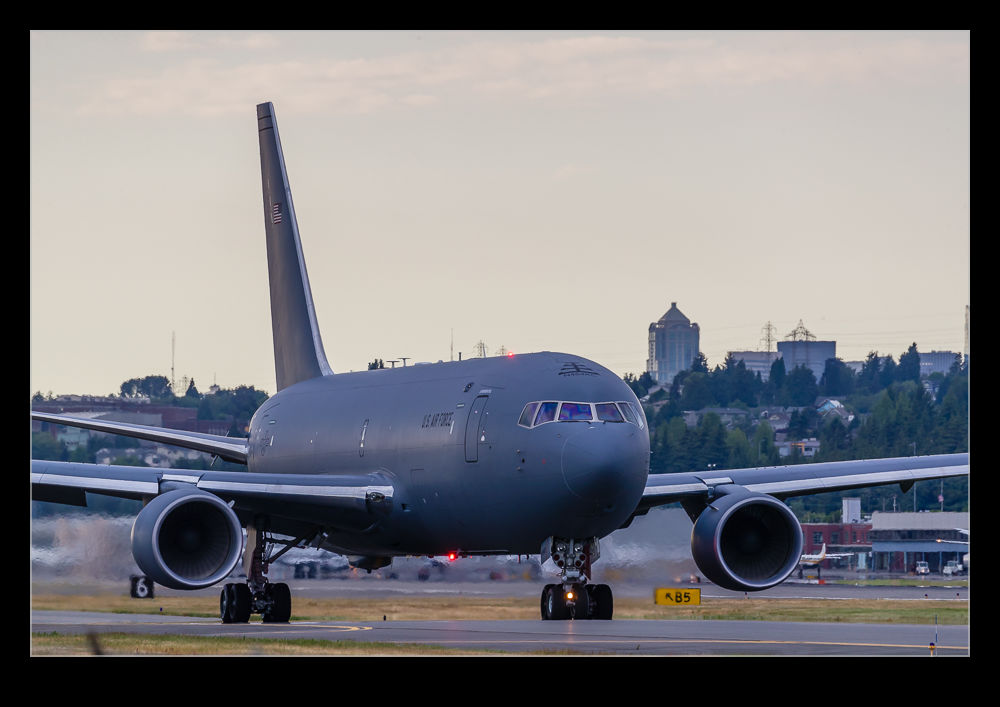 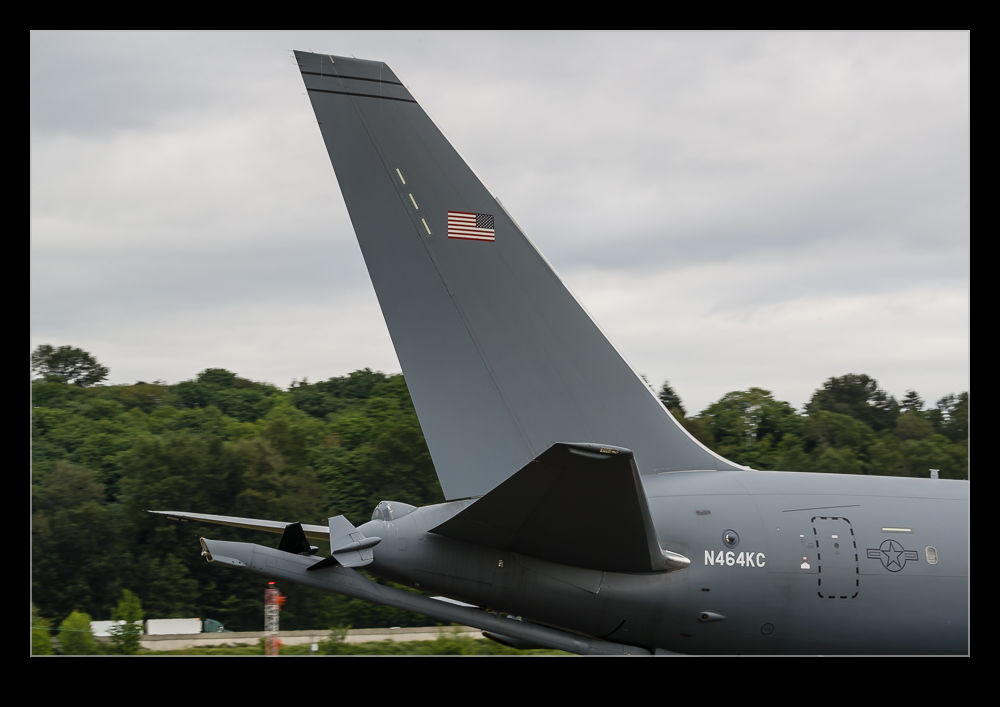 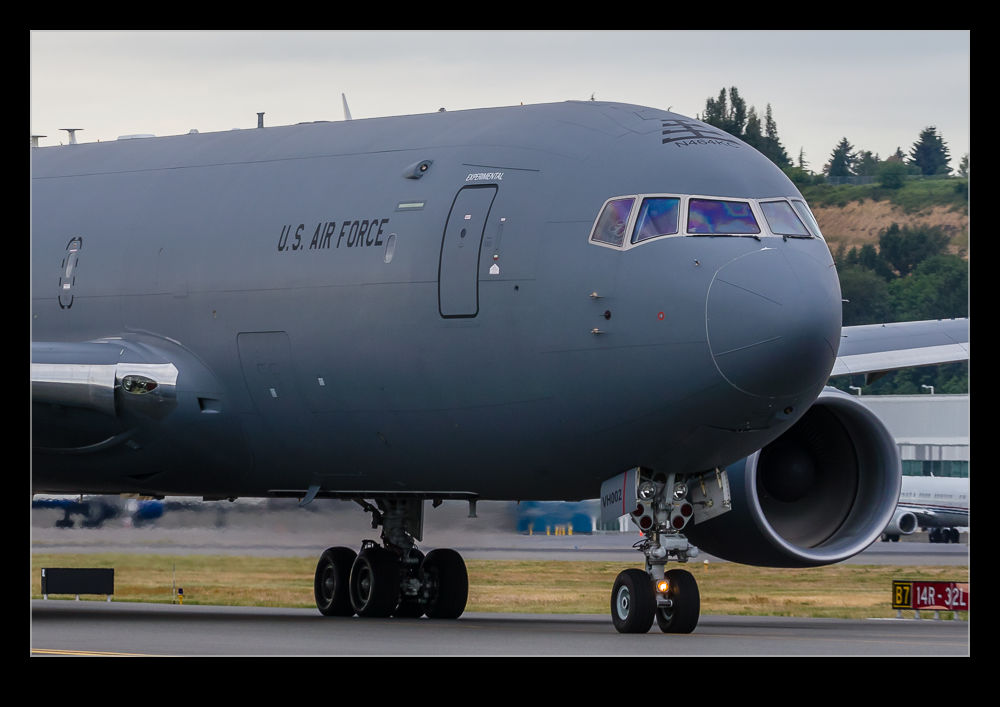 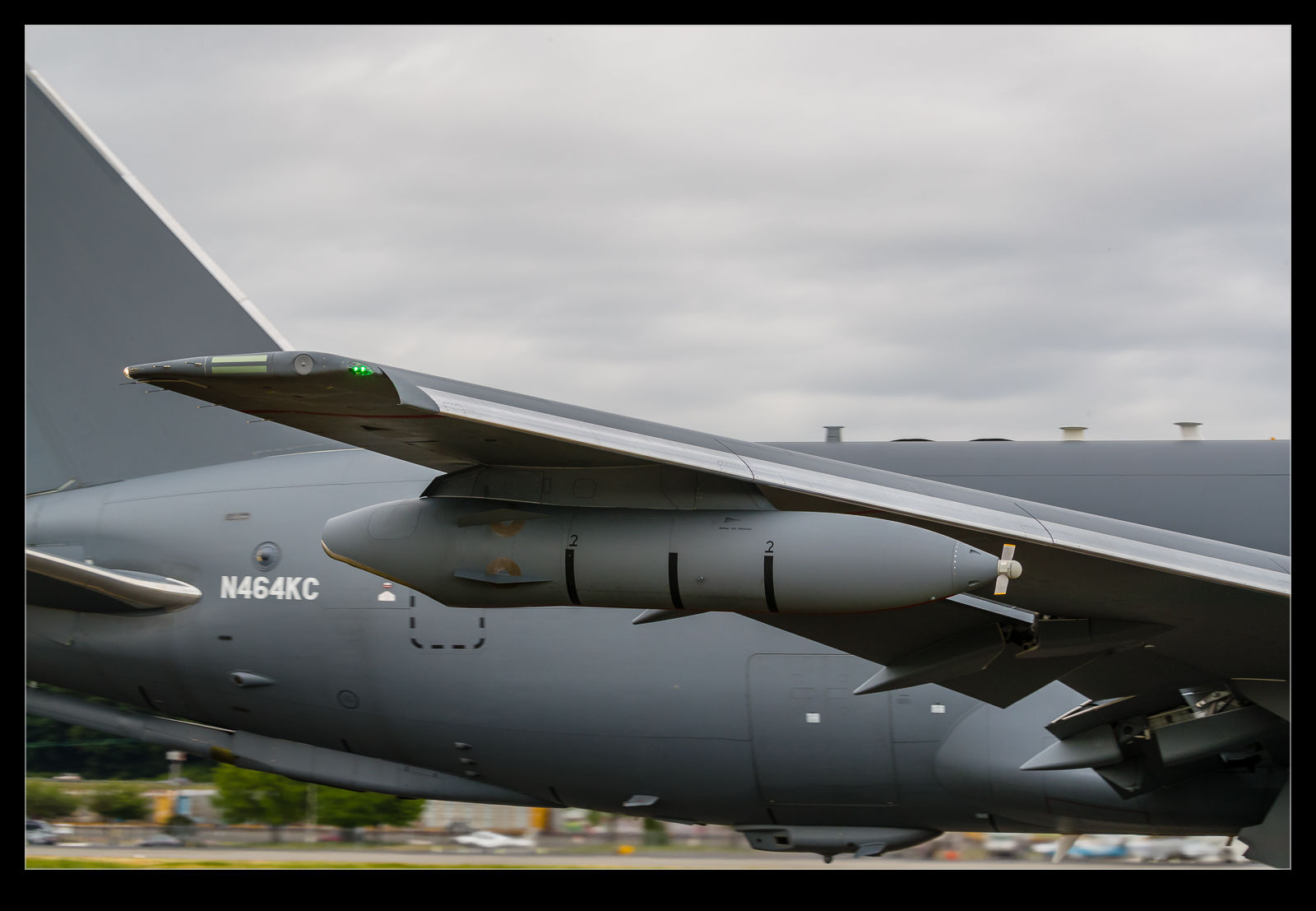 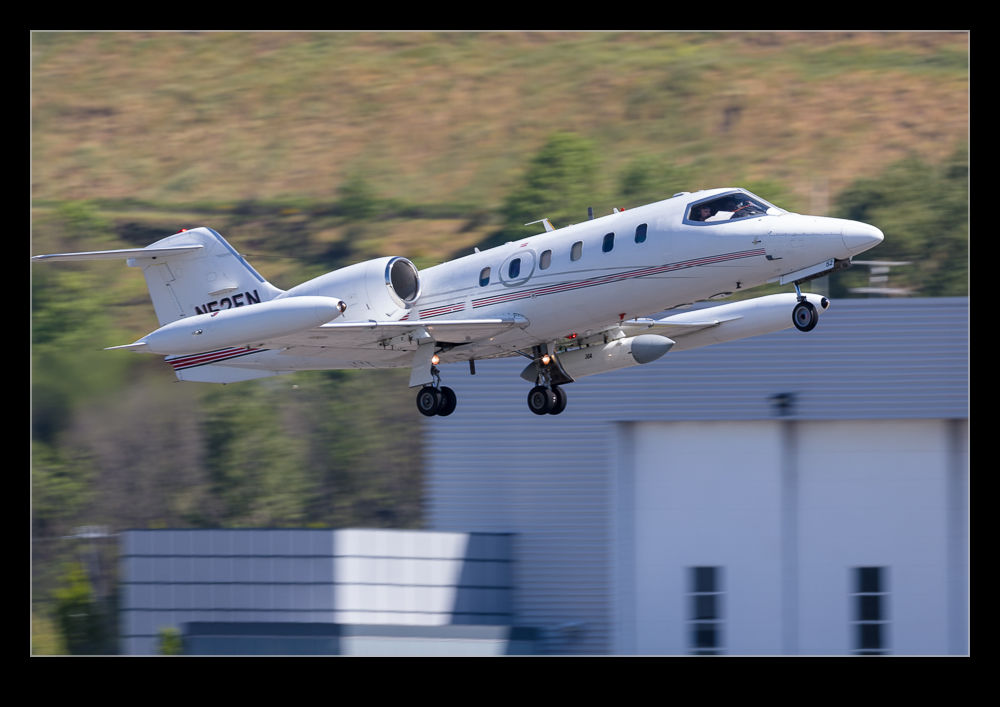 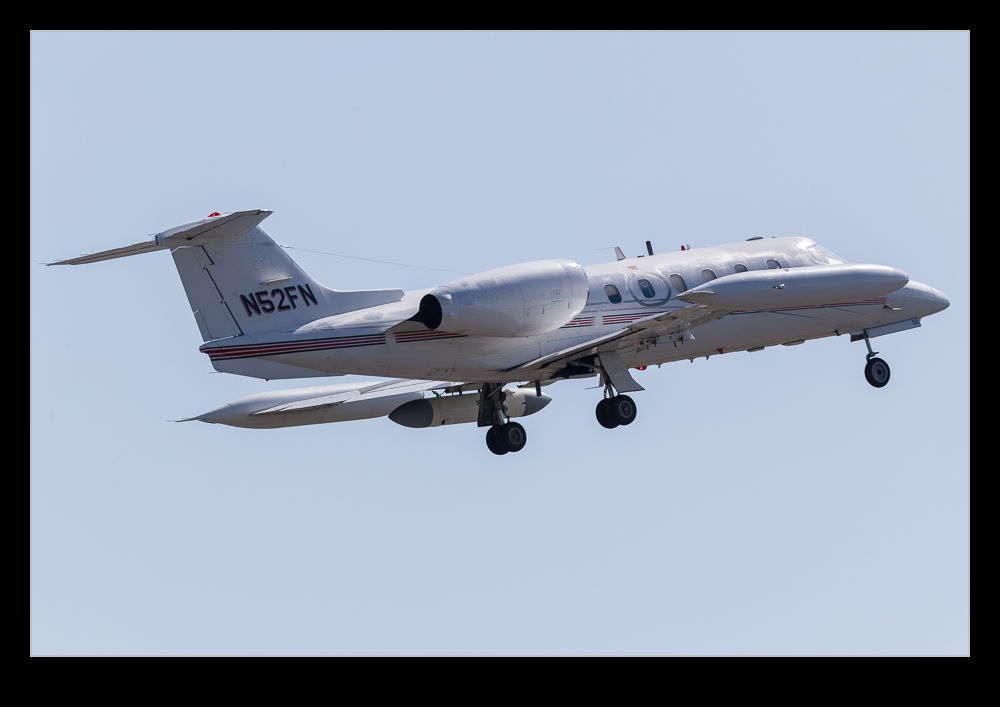 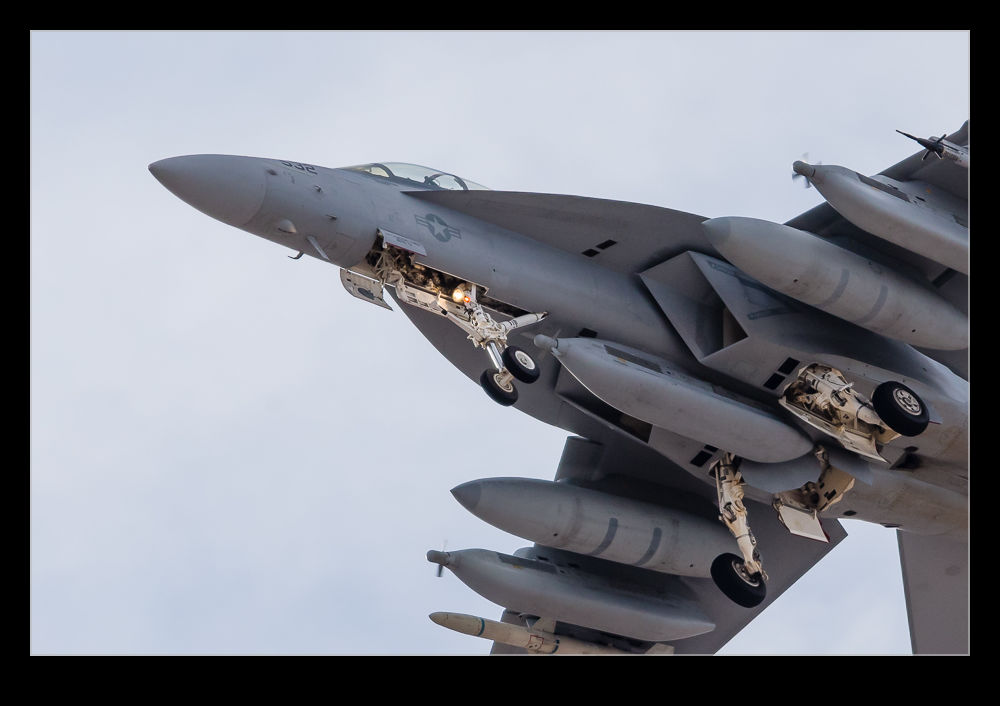 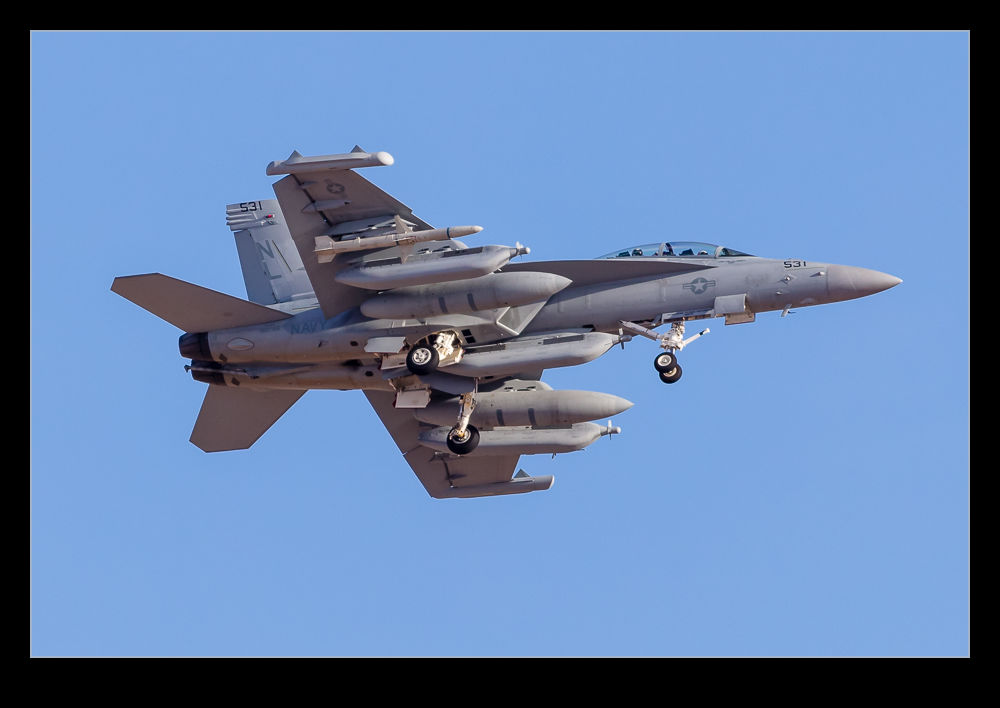 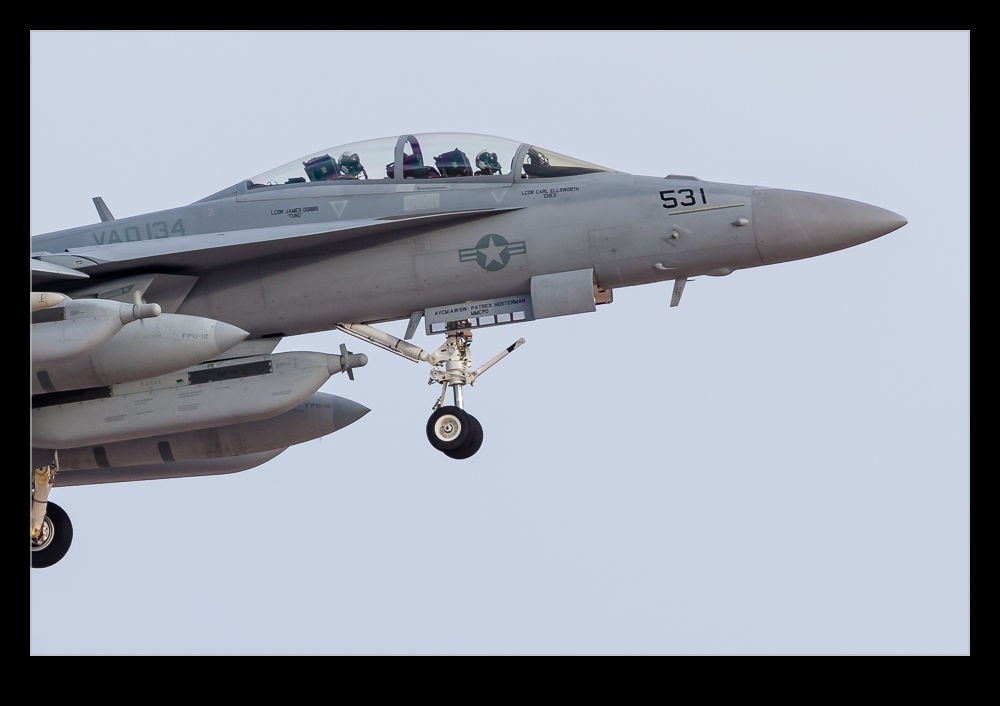