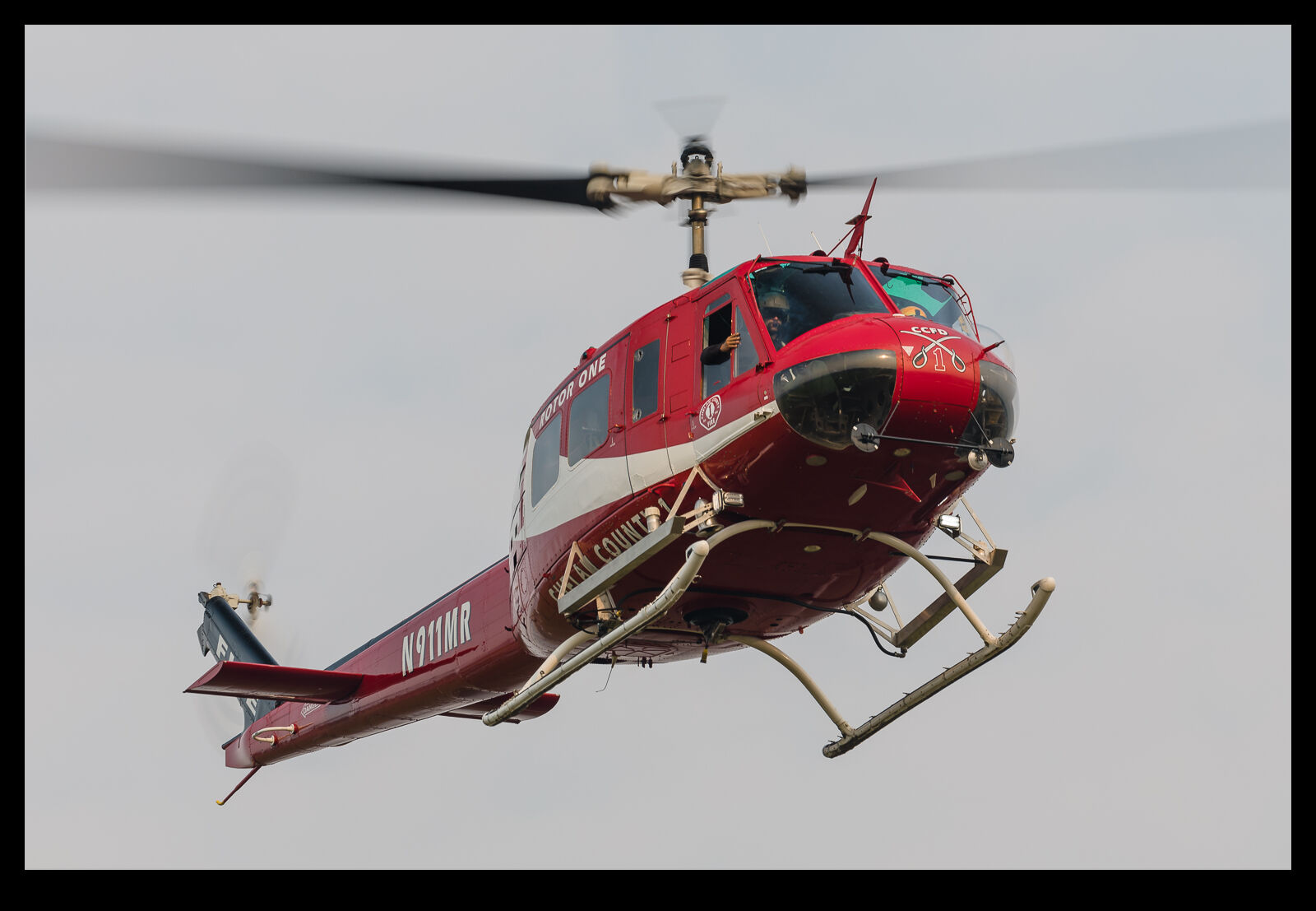 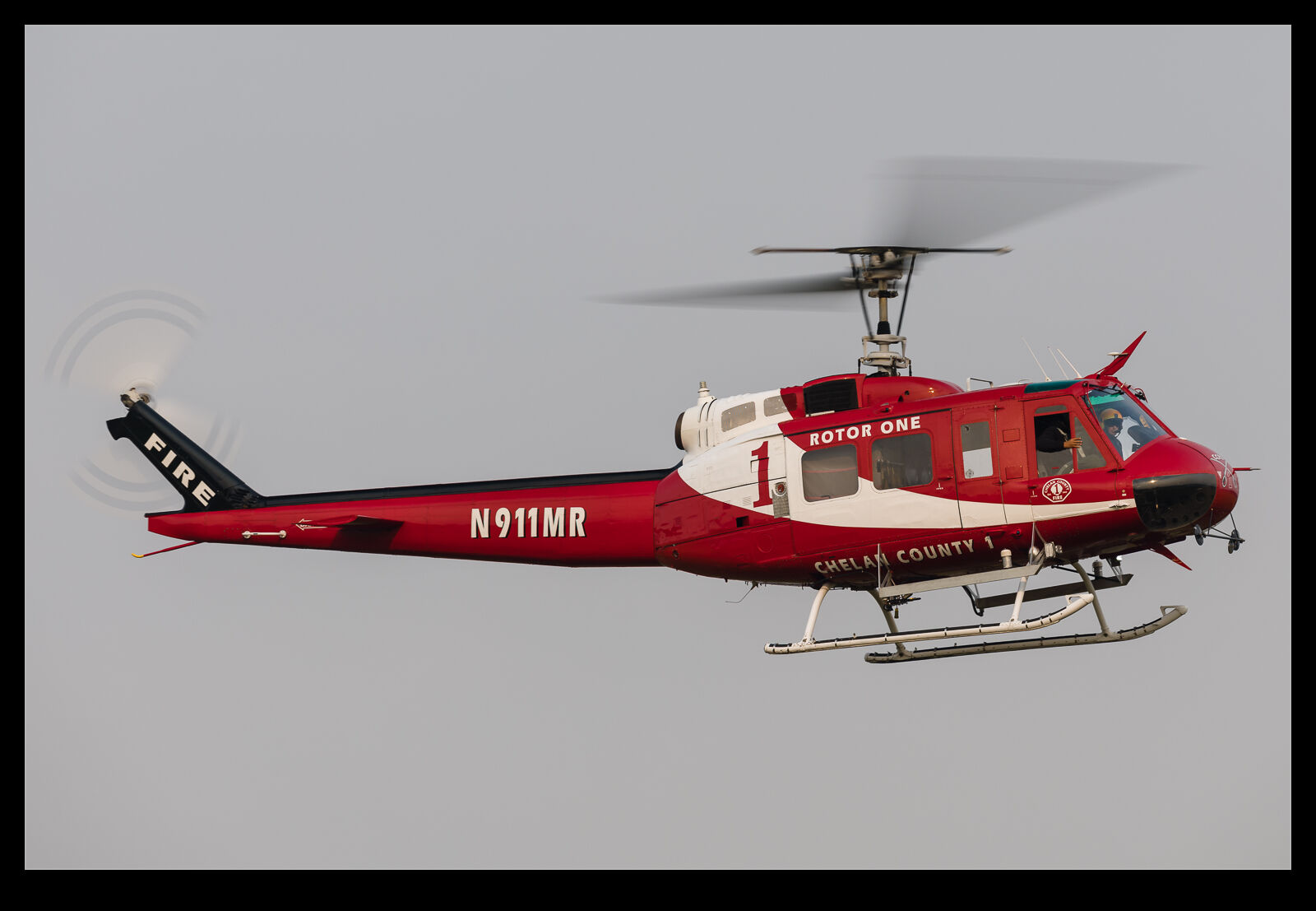 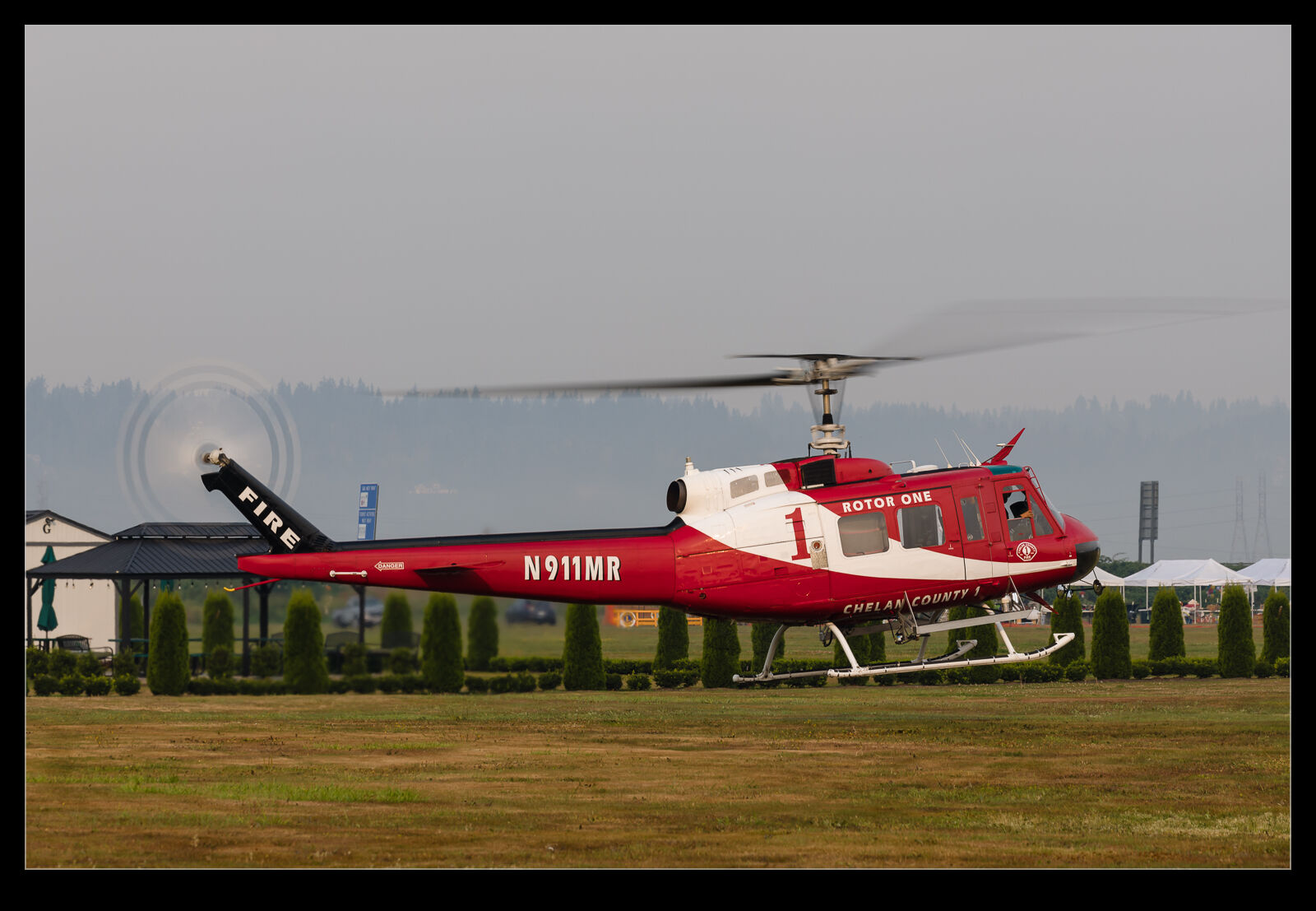 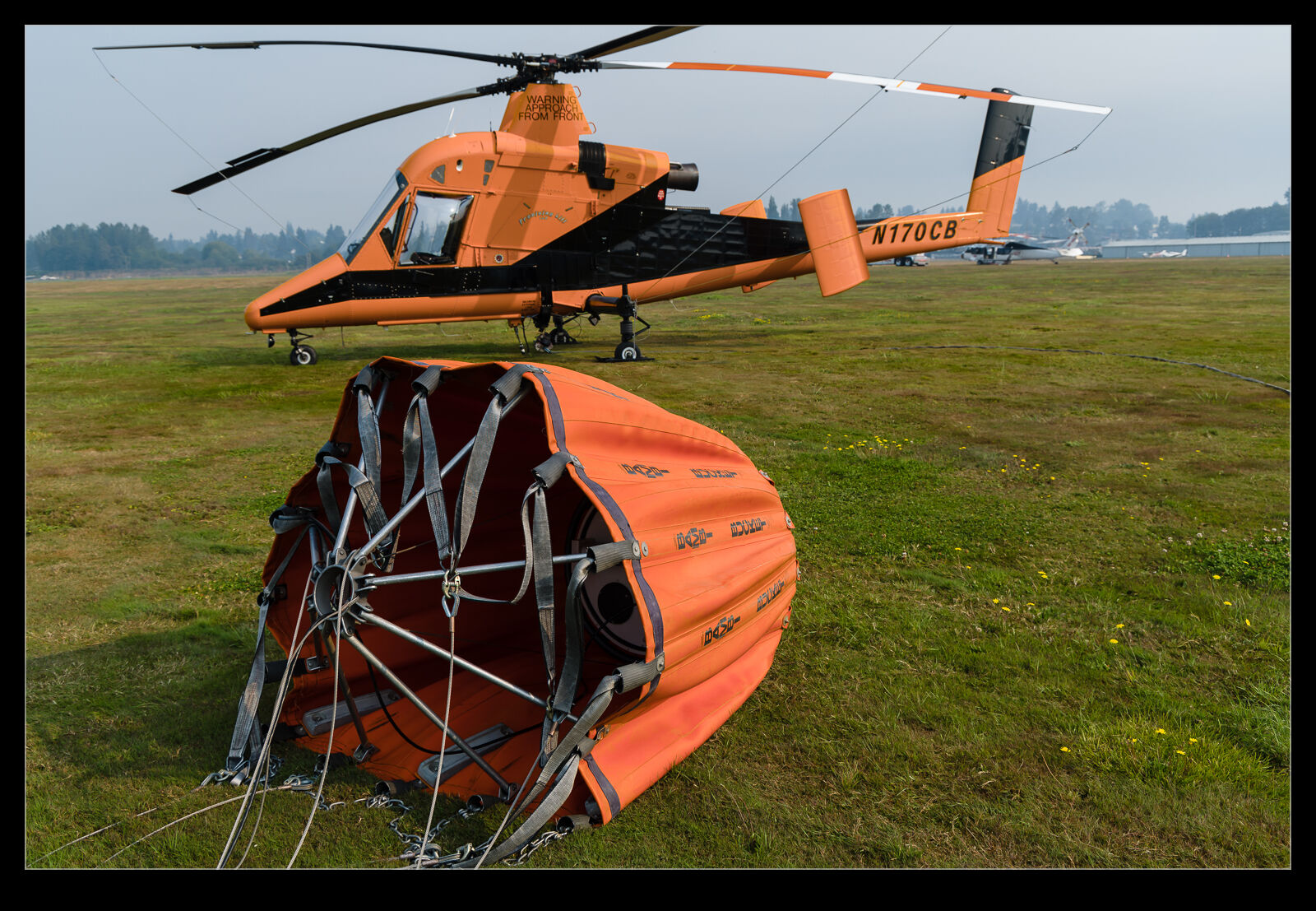 I have never shot an airborne K-Max.  I have seen them flying – indeed one flew over the house during the pandemic and I looked out of the window as it came low over me but no camera was handy.  It is a bit of a problem for me that I have not yet shot one flying.  I did manage to get close to one recently, though.  The Bolt Creek Fire broke out up near Index and a number of fire fighting helicopters were drafted in.  They were based at Harvey Field in Snohomish so just up the road from me.  I went up to see what was afoot.  Sadly from a photographic point of view (and from many others too), the fires had resulted in so much smoke in the area, the visibility was too poor for anything to fly. 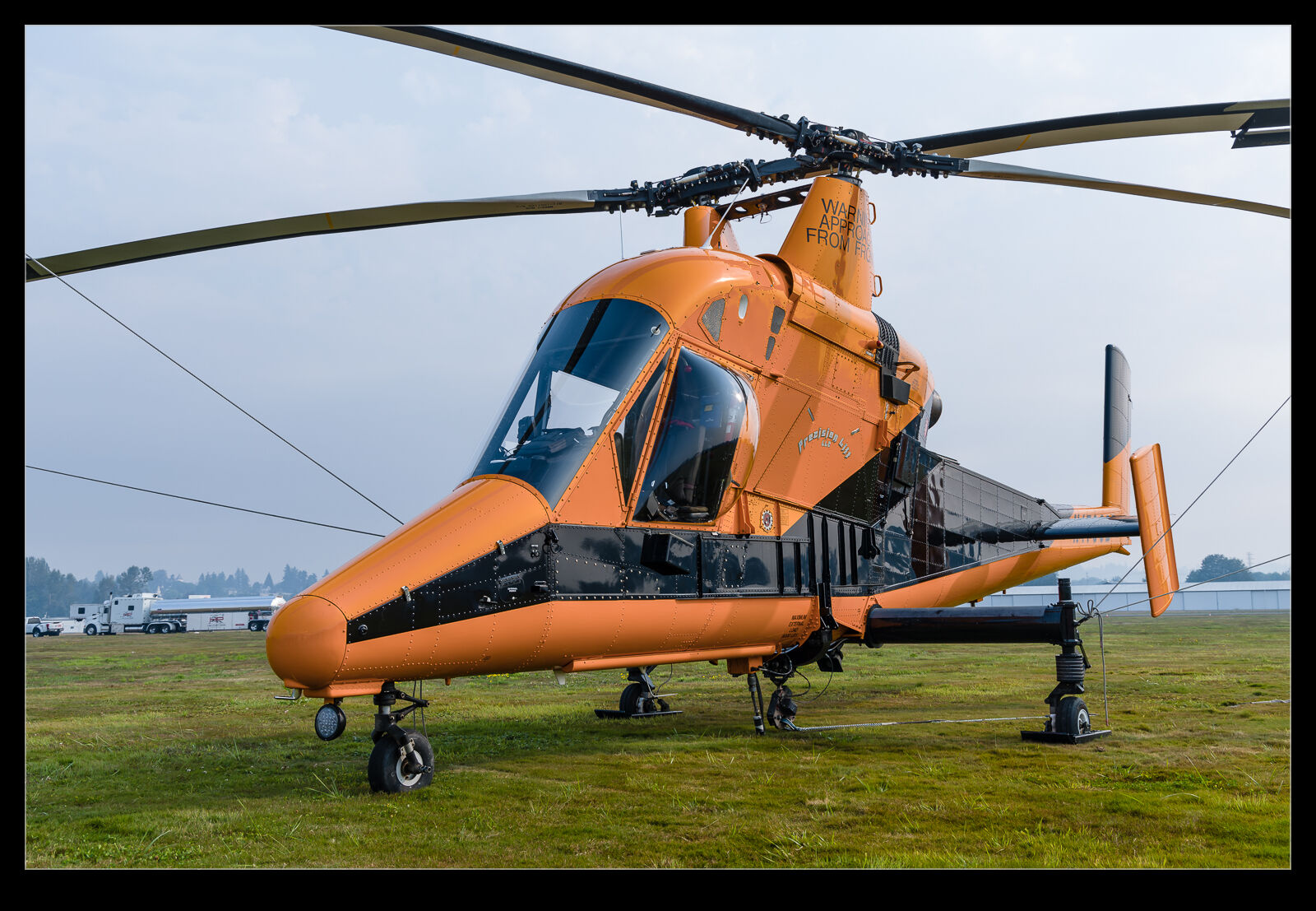 Instead, I was able to chat to the crews and walk around the helicopter as it sat on the field waiting to see what would happen next.  The orange paint scheme is pretty conspicuous as if the unusual configuration Kaman knows best was not conspicuous on its own.  The airframe is minimal – space for a pilot, engine, fuel and transmission and not much more.  From every angle, it is a strange looking beast.  However, it is so interesting.  A few weeks later it had moved to Arlington from which it eventually ferried home.  Of course, that happened when I wasn’t there so I continue to wait for the chance to shoot one airborne. 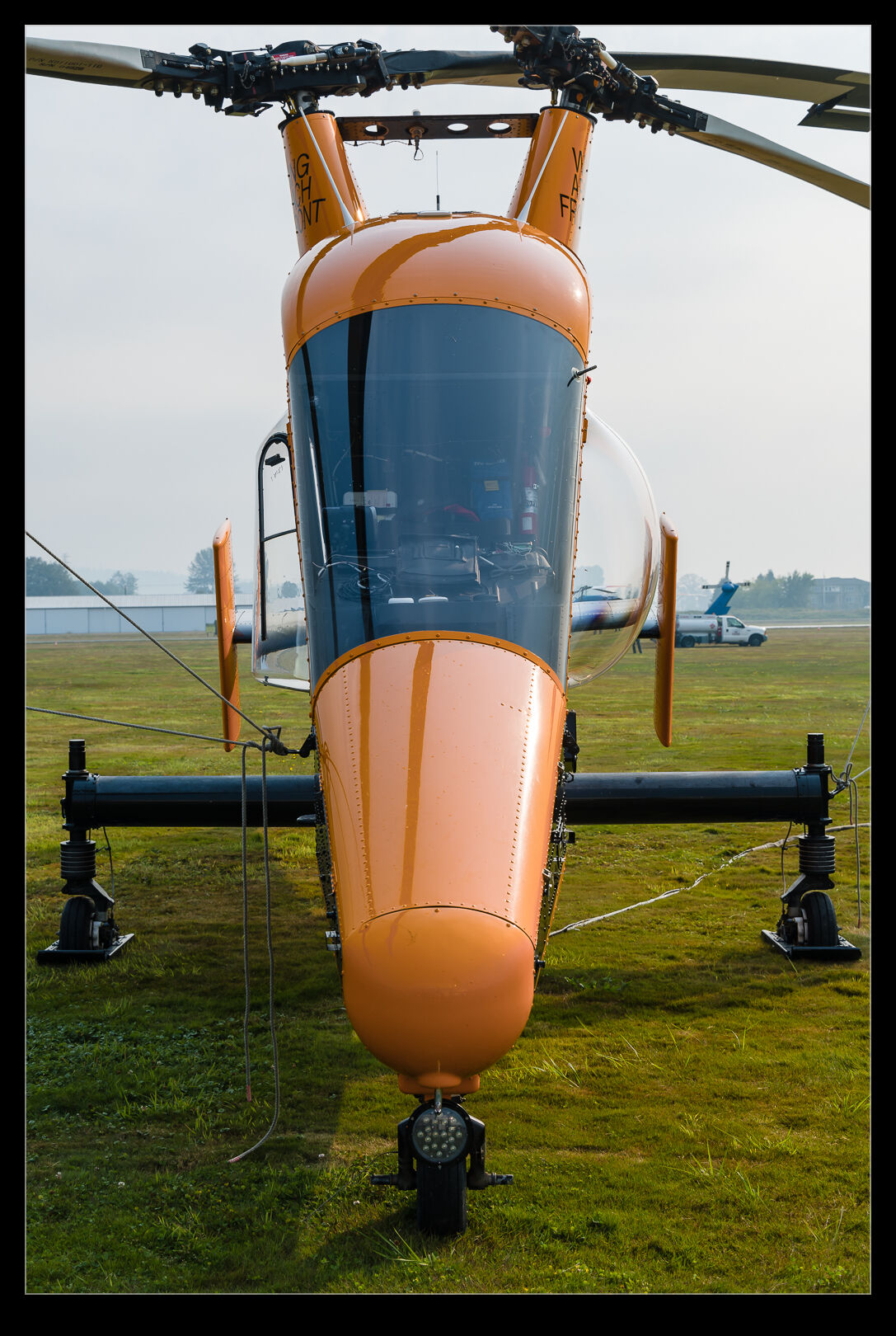 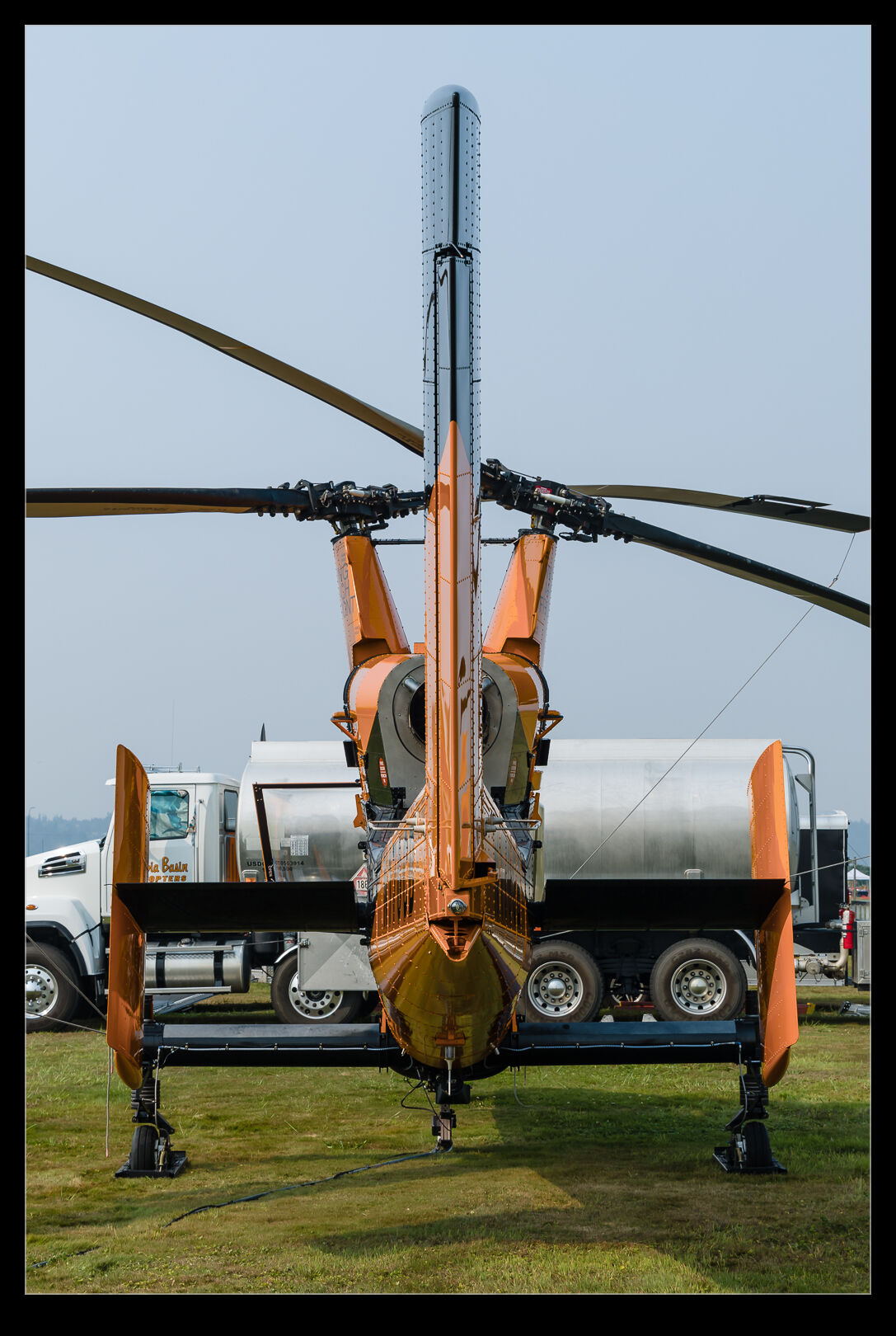