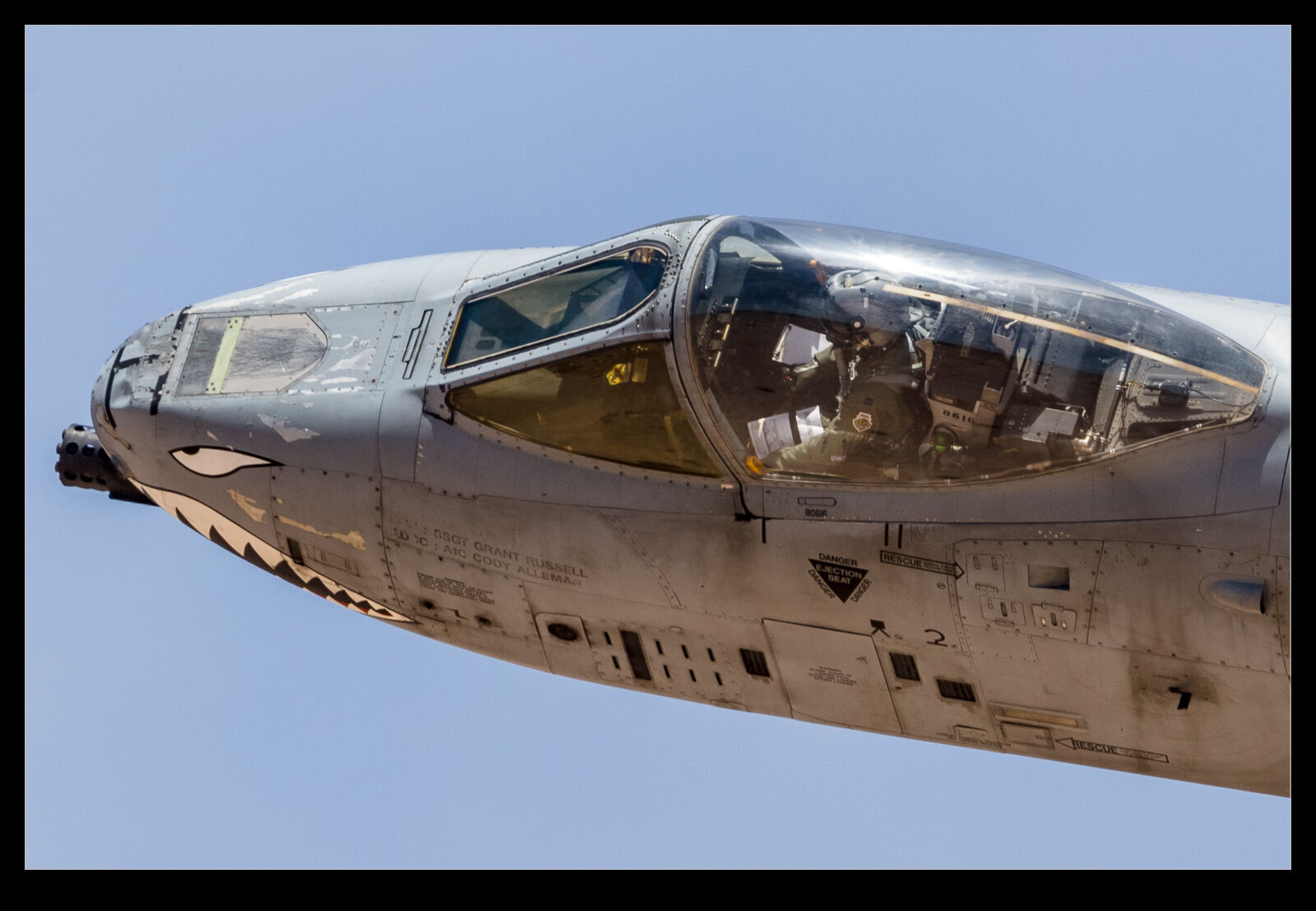 Getting up close with the jets gives you an opportunity to see right into the cockpit while the planes are flying.  As the A-10s pull hard off the target on the range they come right towards you.  Consequently you can find yourself looking right in through the top of the cockpit.  Looking through my shots I could see this view of the pilots.  They have a notepad of some sort strapped to one their legs.  I assume it is for flight planning purposes but I can’t help but think about the slower transit speed of the A-10.  They have a fair bit of time when making their way from DM to the range and back again.  Maybe a game of Sudoku or a crossword is a good way to pass the time? 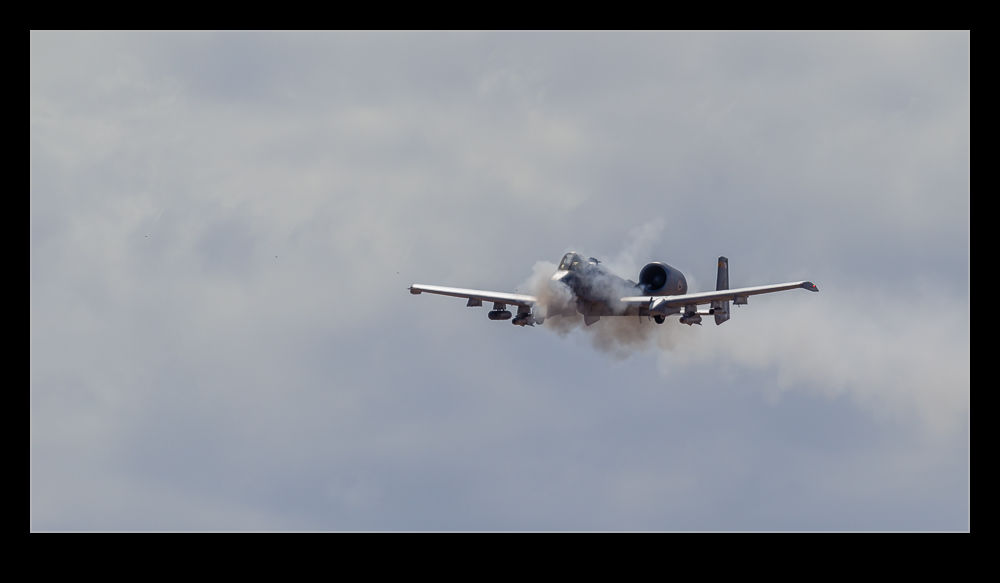 My trip to Arizona to shoot the shooting A-10s was a lot of fun and something I have already covered. One aspect of this shoot that caught my interest was the cannon shells in flight. I have seen images from other people that allow you to see the A-10’s shells leaving the muzzle or flying to the target and when I got something similar, I was quite pleased. However, a shot that really caught my eye was one of them that had a background with some clouds visible. 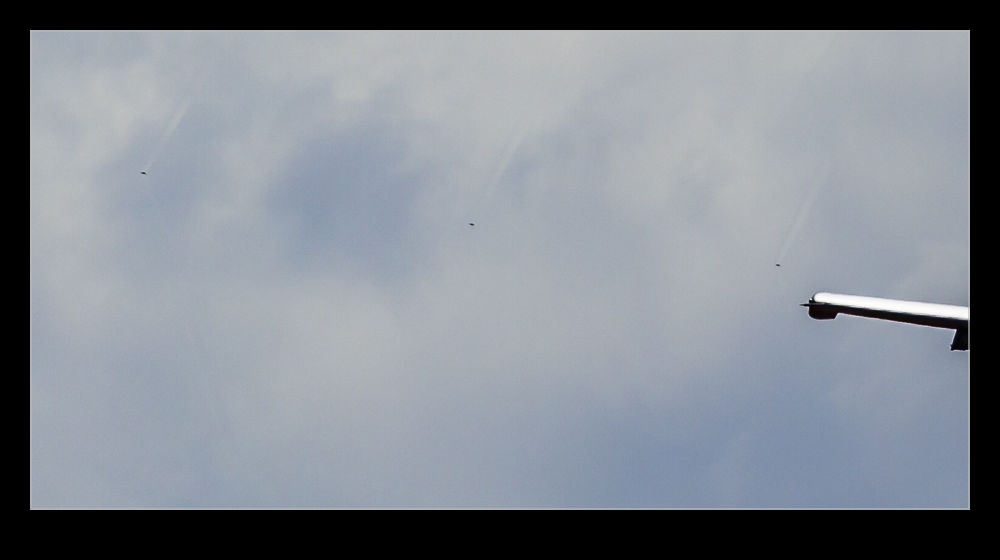 This background provides a mechanism to see any discontinuities in the density of the air as is experienced in a shockwave. This is the effect that is used in Schlieren photography in wind tunnels. The refractive index of the air changes as the density changes. Normally you don’t see this. However, if the background is not continuous, the refraction of the background results in the shockwave being visible. One of the shells showed this up and I thought it was cool. Therefore, I am sharing it here just in case you think it is cool too! 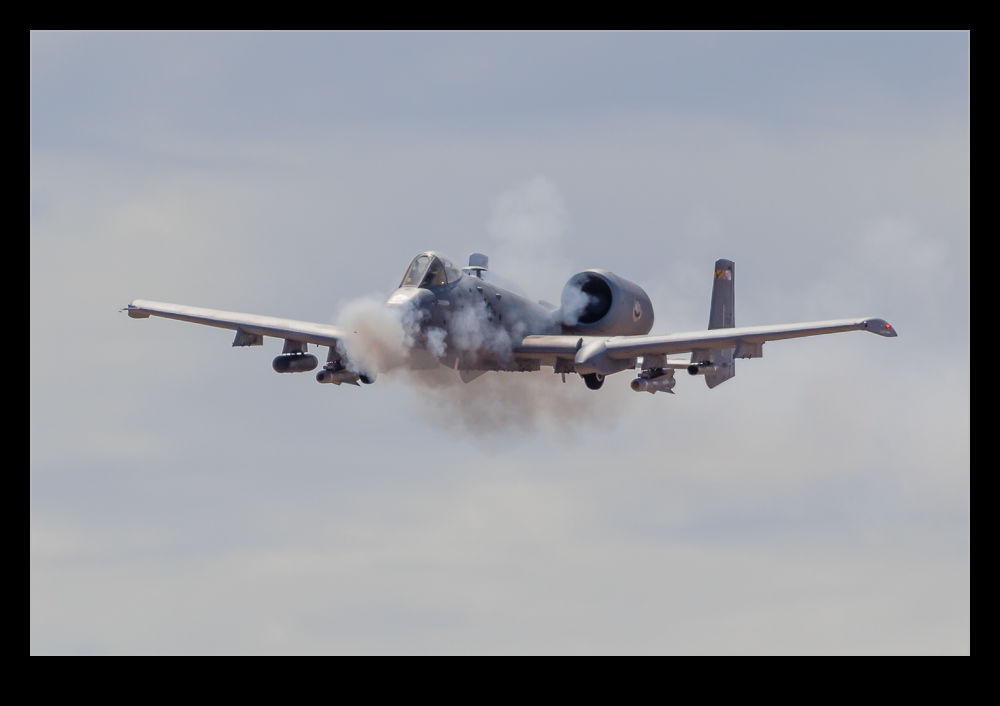 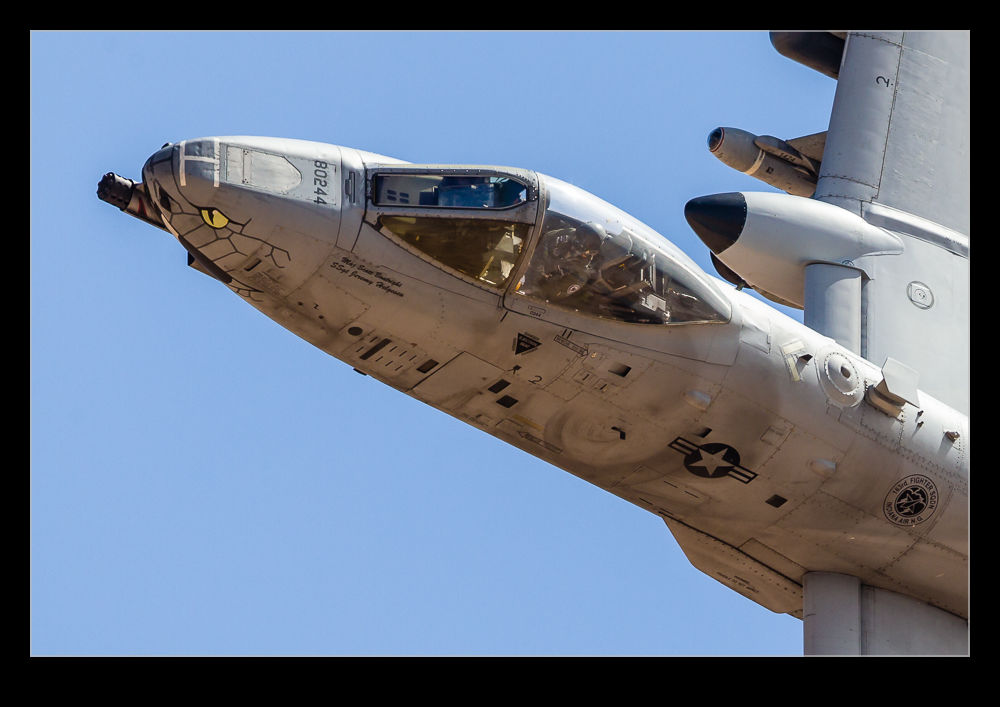 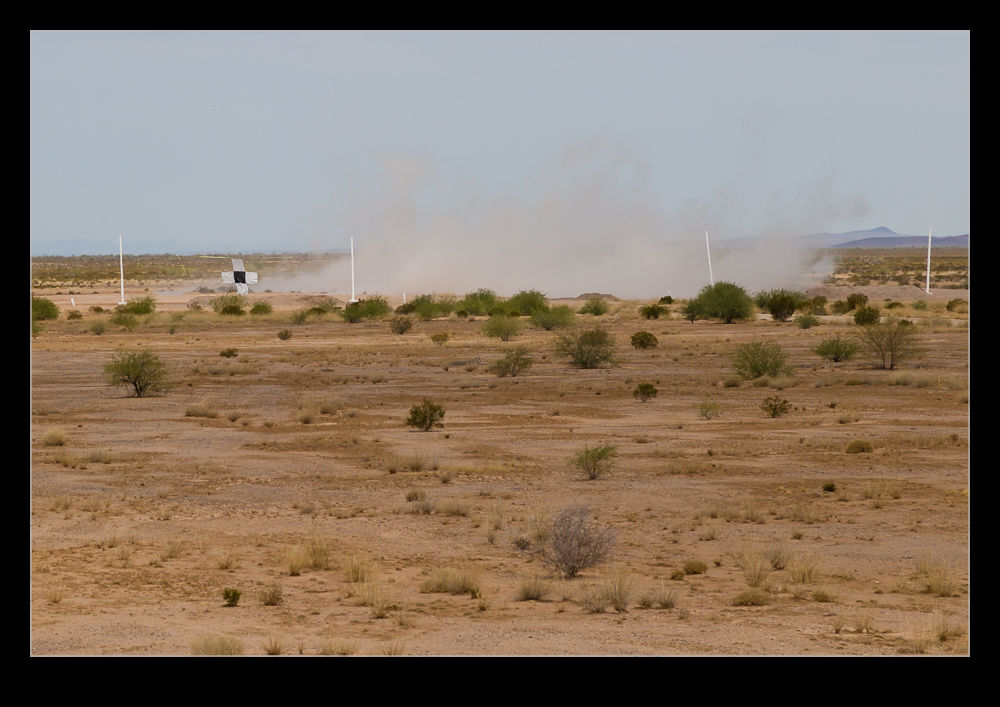 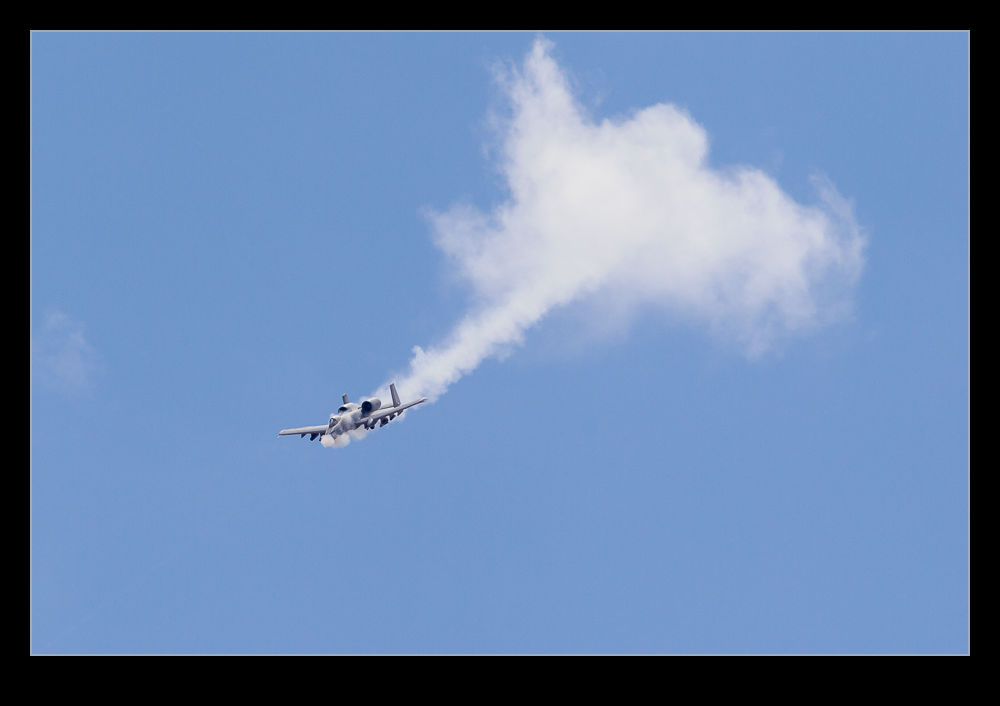