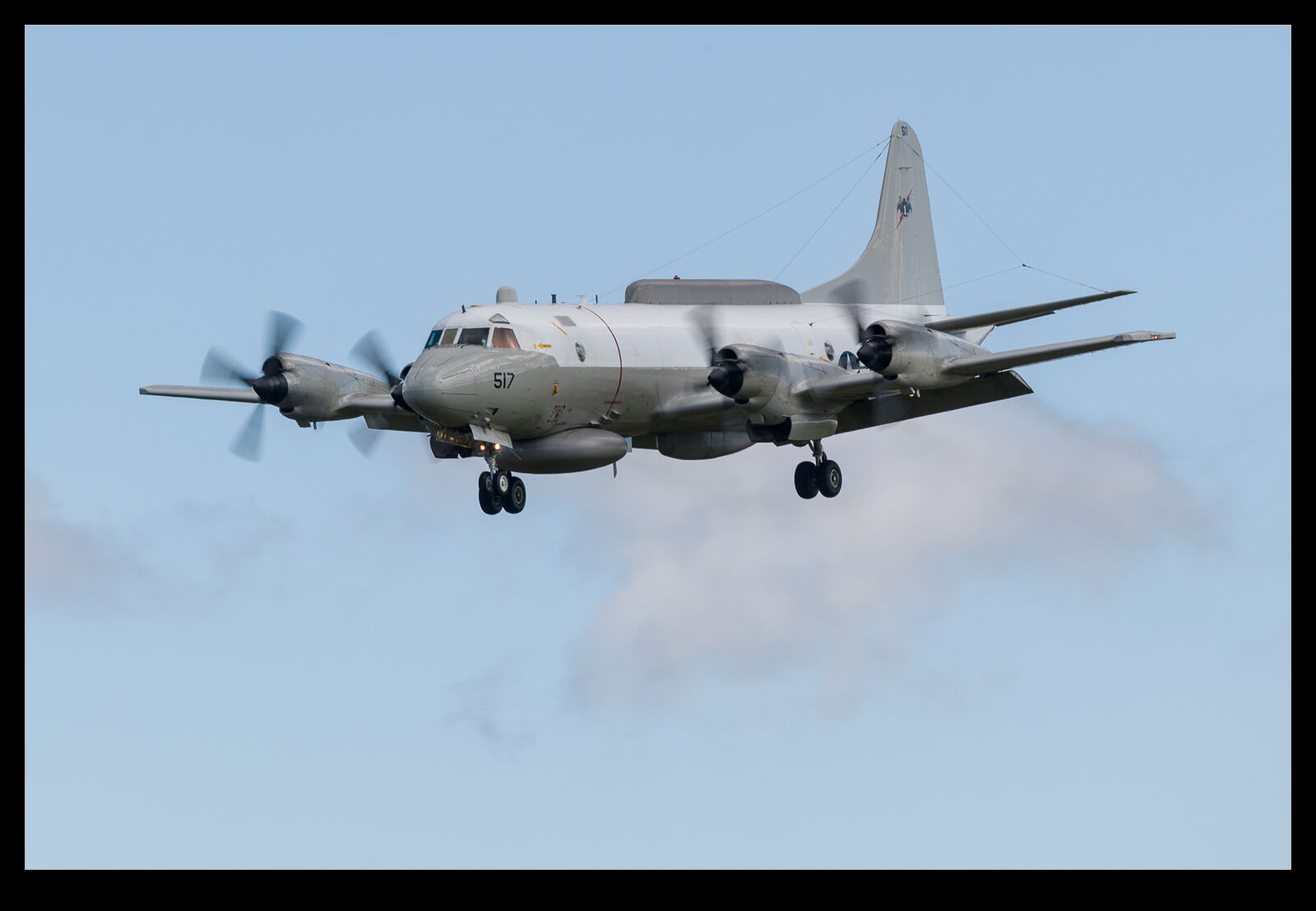 P-3 hunting was part of the plan when Paul and I headed to NAS Whidbey Island.  We had some success.  There was a nice bit of icing on the cake for us.  An EP-3E showed up too.  The EP-3 has a nice selection of large radomes added to the airframe to cover the wide variety of sensors that this type has to fulfill its role of listening to transmissions around the world.  I don’t know how long the EP-3 has once the P-3s are gone from fleet service so getting one was a definite plus. 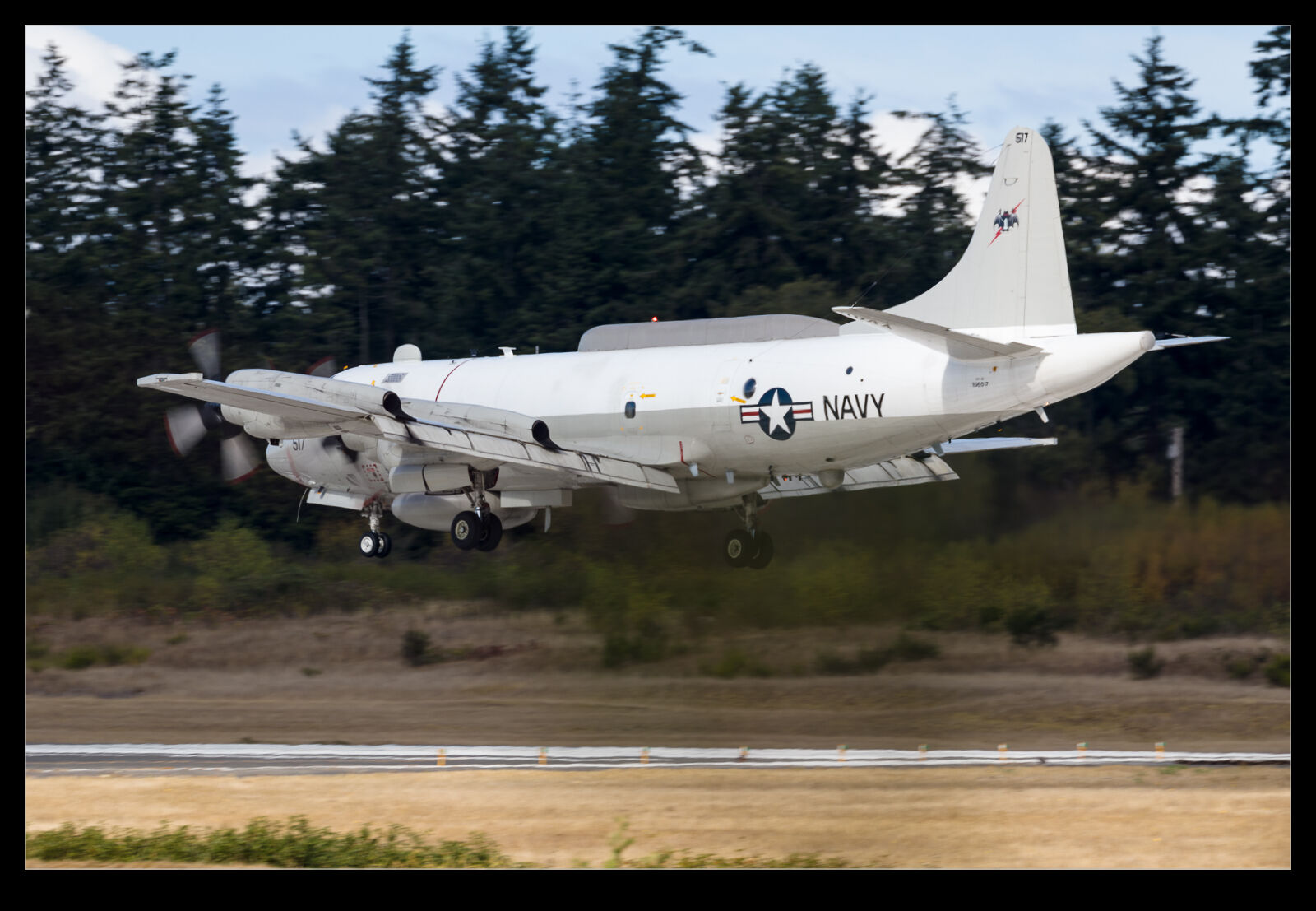 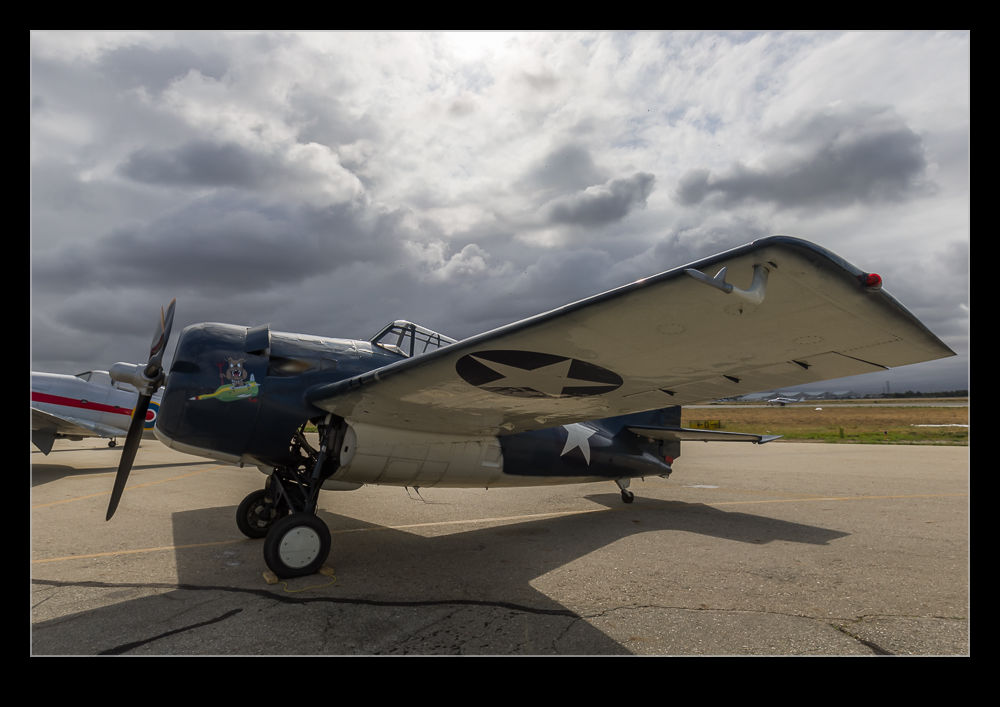 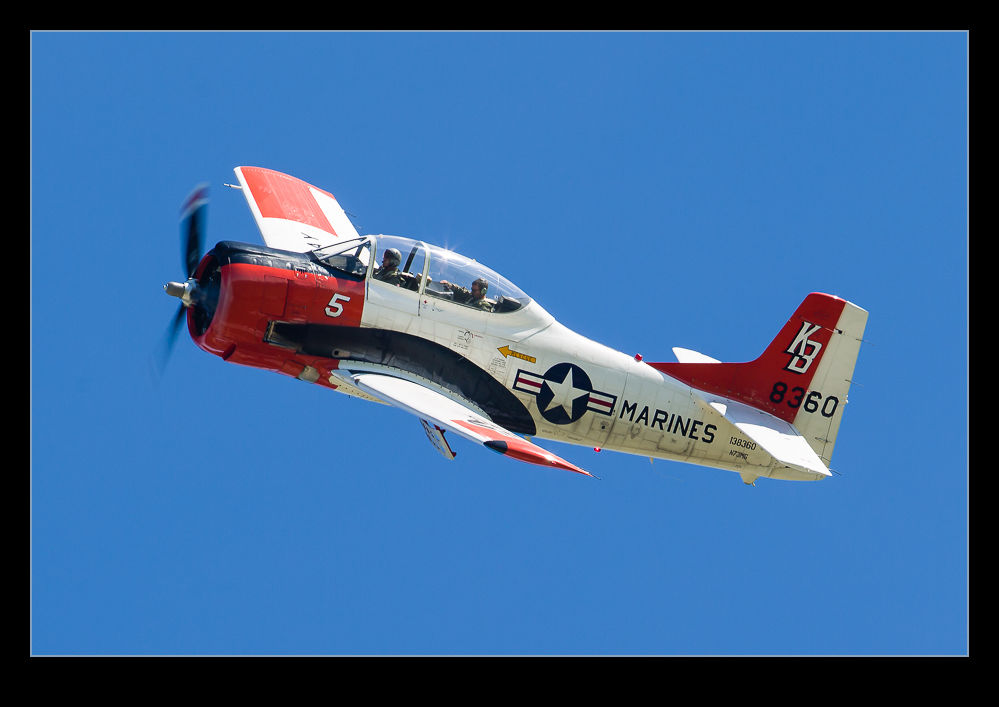 What seems like far too long a time had passed since I had last had a chance to head up to Waukegan to see the team at the Warbird Heritage Foundation.  A nice day and a break in my schedule meant that I was finally able to resolve that shortfall.  I headed up to Waukegan keen to see what sort of day was in store.  As with any collection of older aircraft, the chances of much flying are relatively limited since the planes are usually in need of some sort of care.  However, there were a few parked out on the apron when I got there. 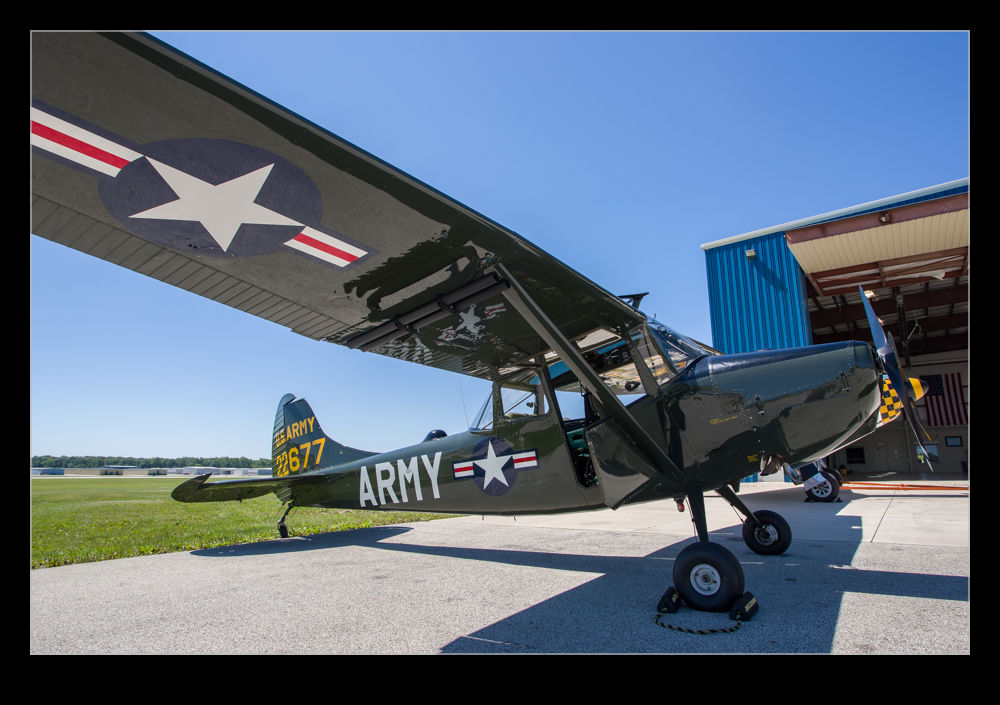 Sean and Mike were busy taking care of them as I wandered up.  The first thing Sean told me was that he had flown the Bird Dog that morning and that it was a shame I hadn’t been there.  Indeed so!  Telling me I have missed out on a great opportunity is just cruel!  Never mind.  I still haven’t seen the Bird Dog fly so it would have been good to see it let alone fly in it. 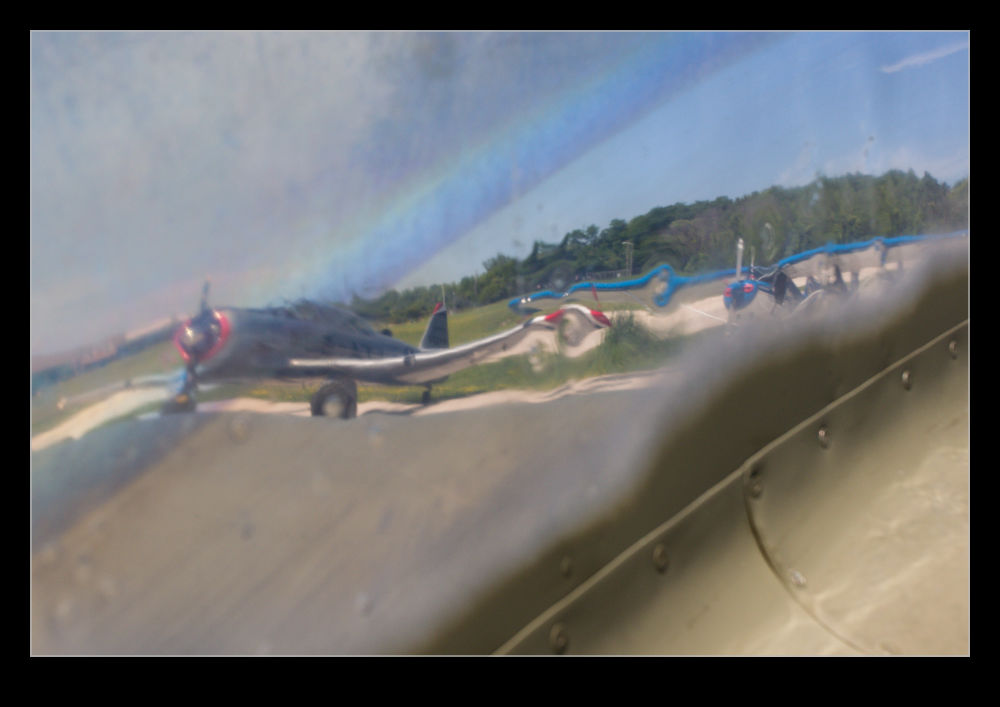 The project for the day was the T-28 Trojan.  Not so long ago, this aircraft had an engine go bad.  The chip warning light came on while Sean was flying it and, since he was close to the field, he made a speedy descent to land.  The engine pretty much gasped its last as he taxied in.  A rebuild later and now the plane is flying again.  However, as with all engines after overhaul, it is going through a running in period.  This also requires a different grade of oil and a change of oil was the task for the guys. 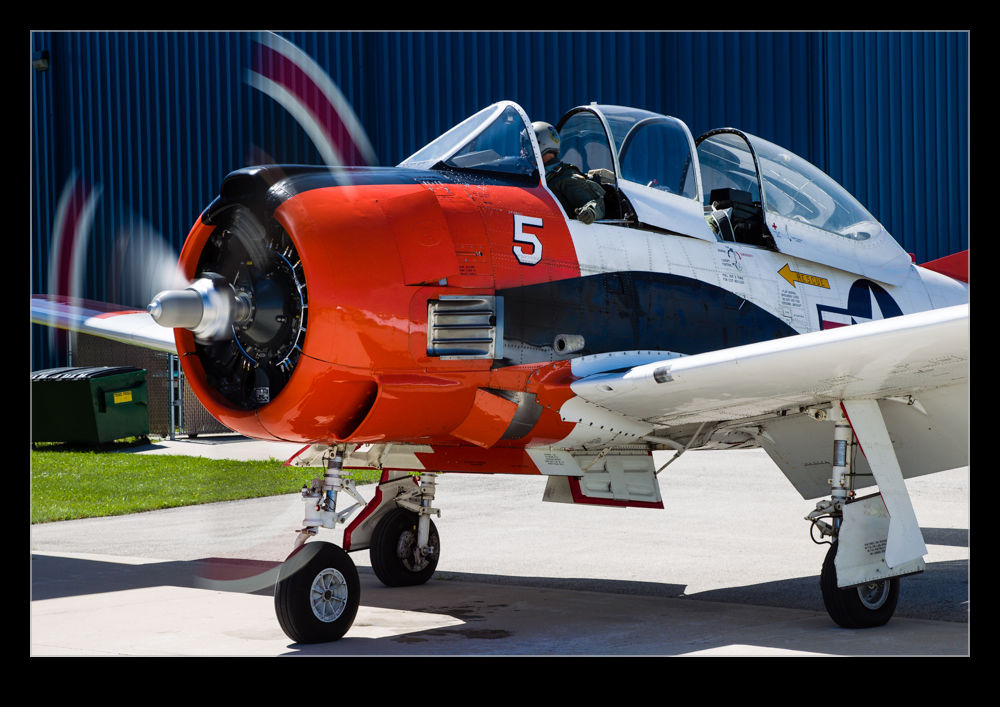 With the new oil in, the engine was run and the oil topped off.  Then it was time for a flight.  Jeff is a regular T-28 pilot and member of the Trojan Horseman and he came along to fly with Sean in the back seat.  Putting hours on the airframe is the goal but not going too far from the field in case anything goes wrong.  They did their duty flying patterns over the field and I grabbed some shots when I could.  Most of the time they were quite far away but, with the moon traversing the sky, a couple of opportunities presented themselves for shots with the moon in the background. 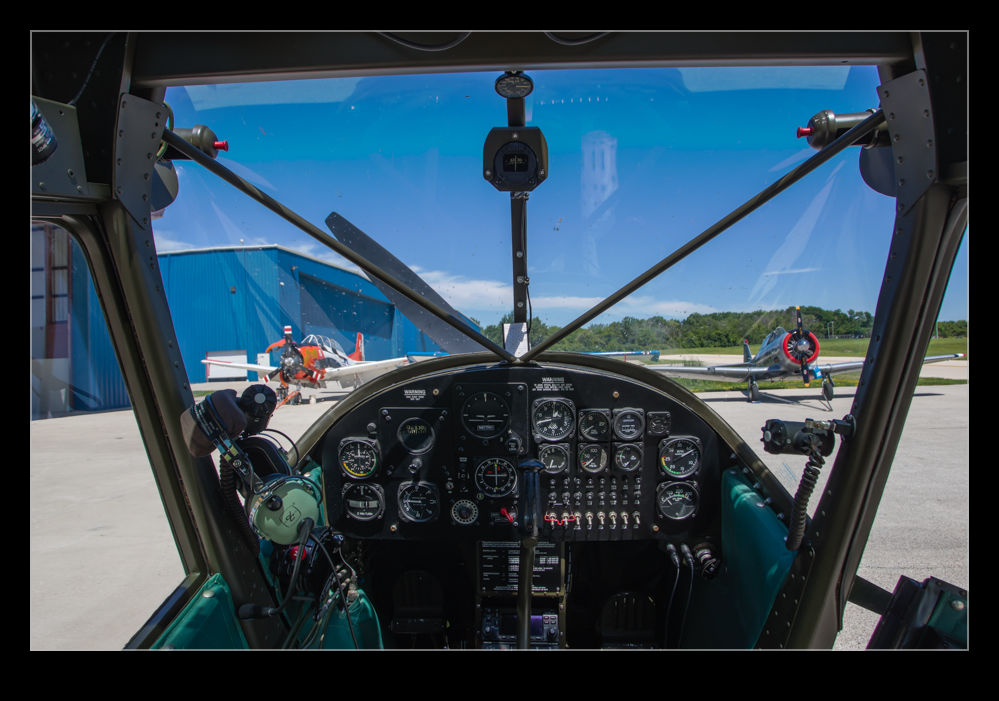 I also grabbed some shots of the aircraft on the ground while they were off doing their thing.  I haven’t got much before of the Bird Dog so spent a bit of time with it including getting some shots of the cockpit.  Harsh exterior lighting meant a but of HDR was required for some of the shots but hopefully it isn’t too obvious!  I have shot these planes a lot over time but there is always a chance for something new.  Good to see you guys again and hopefully it won’t be so long next time!