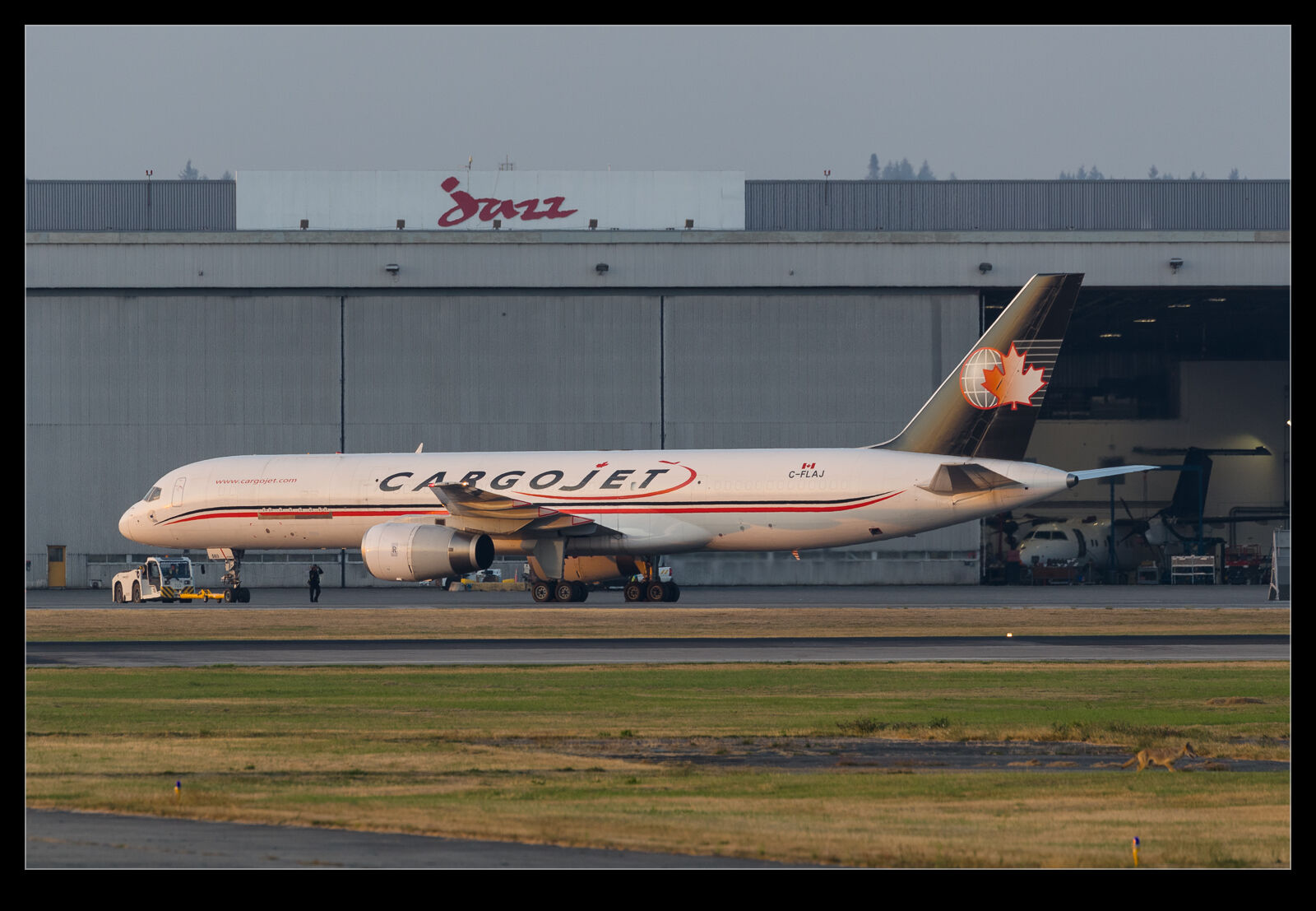 Freighter use is the great second chance for older airliners.  It is also a nice source of something different with the number of airlines shrinking as mergers and bankruptcies take their toll.  Cargojet is a Canadian freight operator that has a contract moving mail for Canada Post.  When I was at Vancouver, there were a couple of Cargojet aircraft on the ramp across from where we were.  One was a 767 and the other was a 757.  They were being loaded when I arrived and, as the evening light drew in, the first jet taxied. 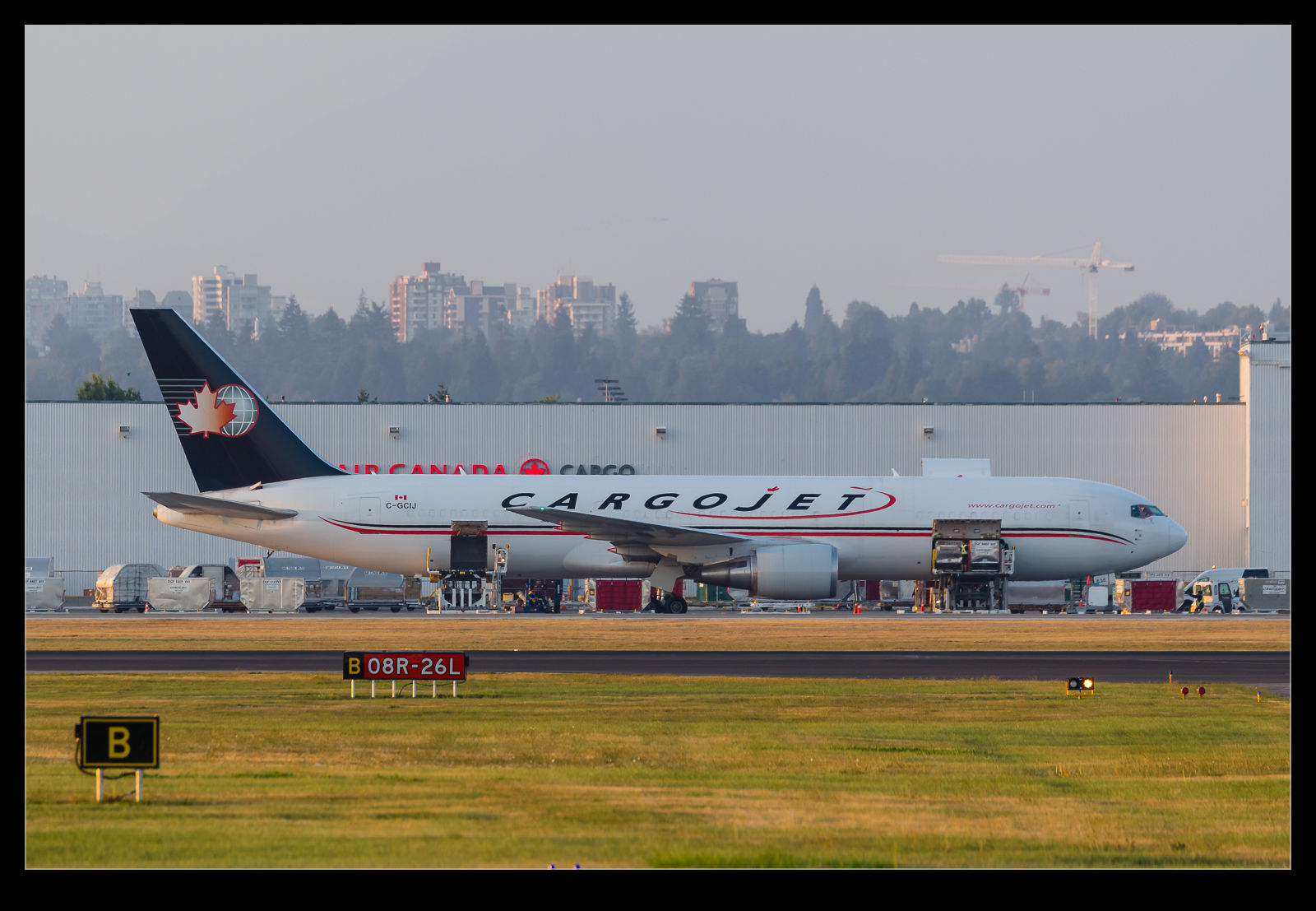 It was getting pretty dark by the time they got airborne.  However, I was not complaining since I was able to get another airline in operation that I had not seen before. 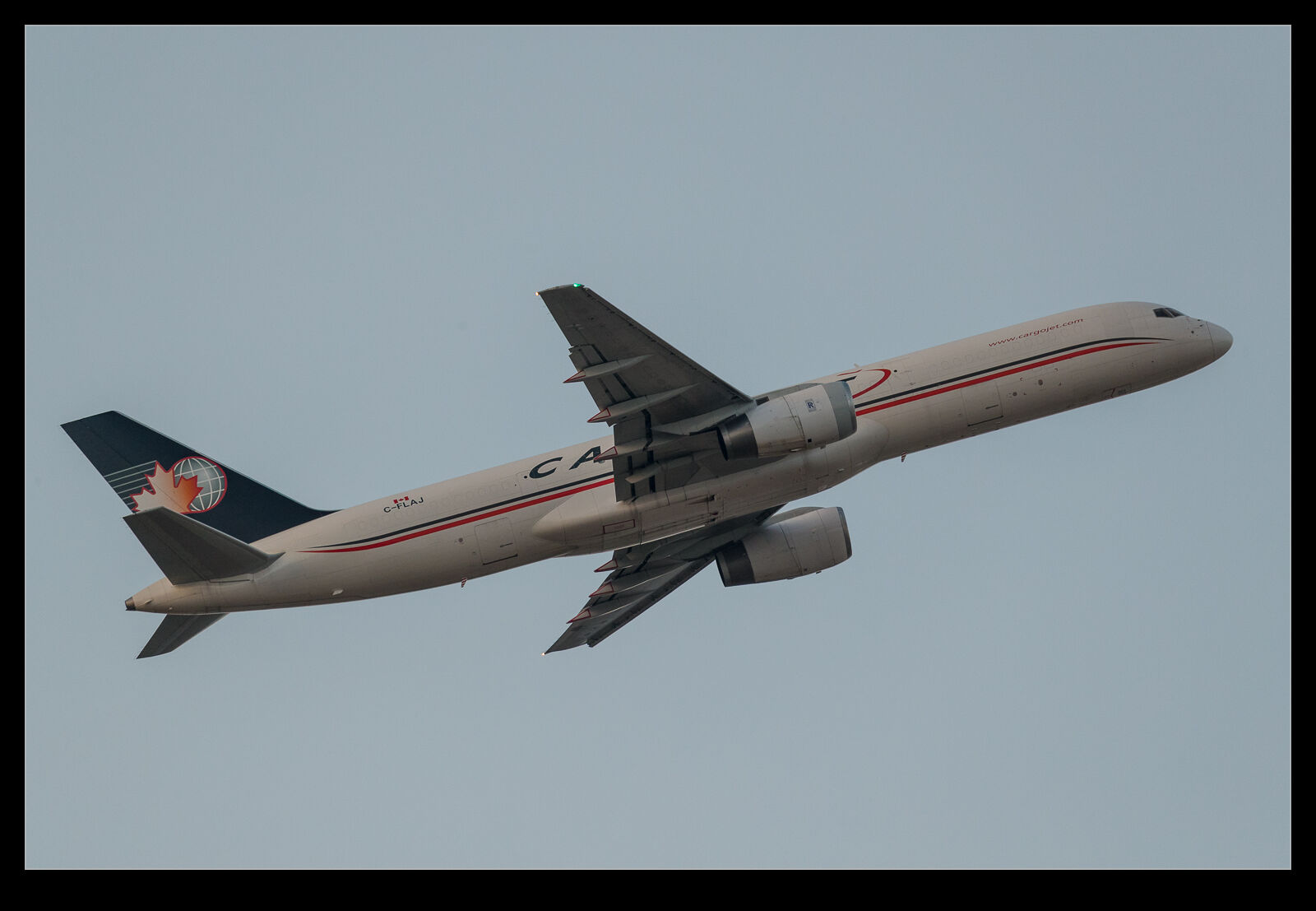