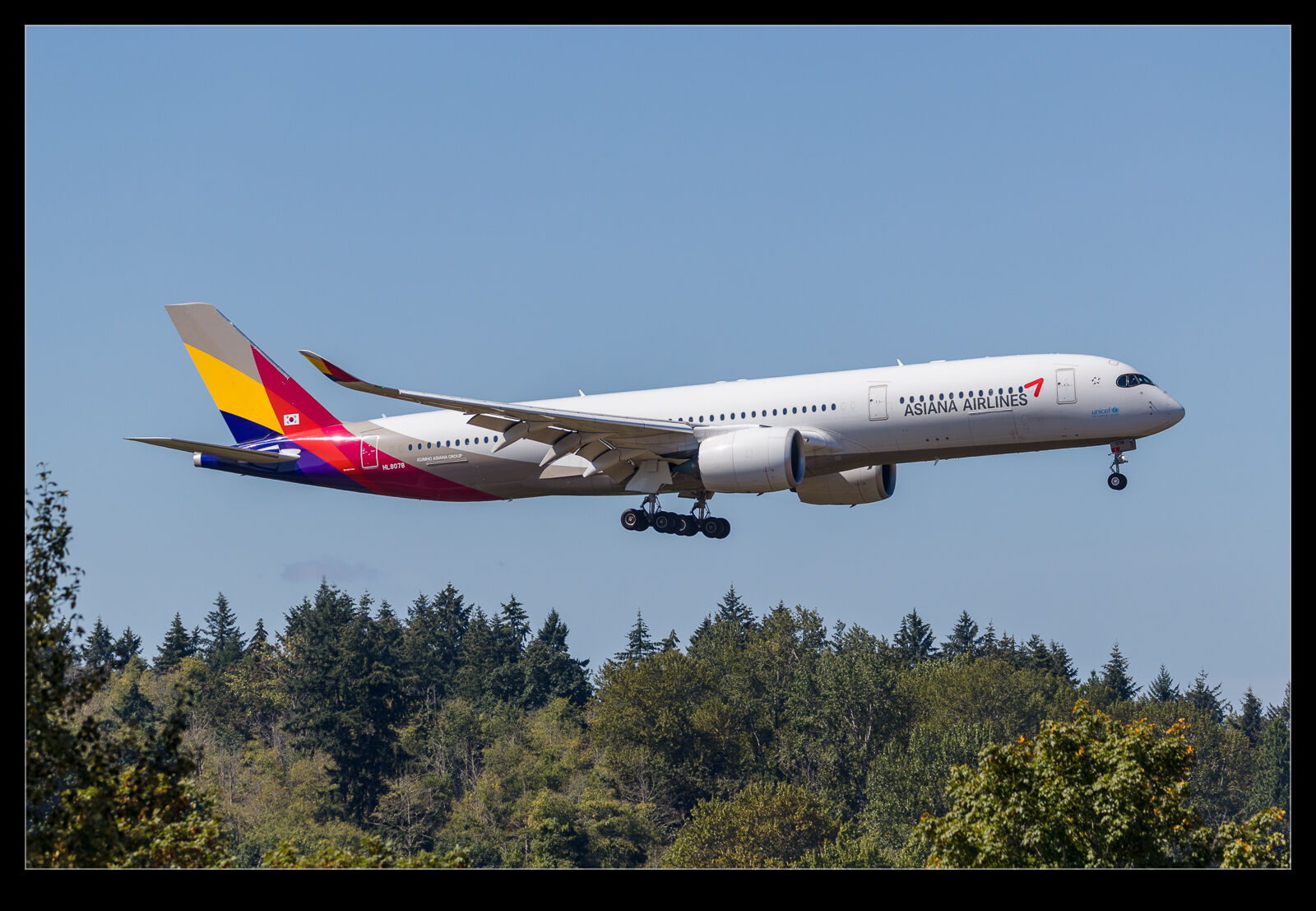 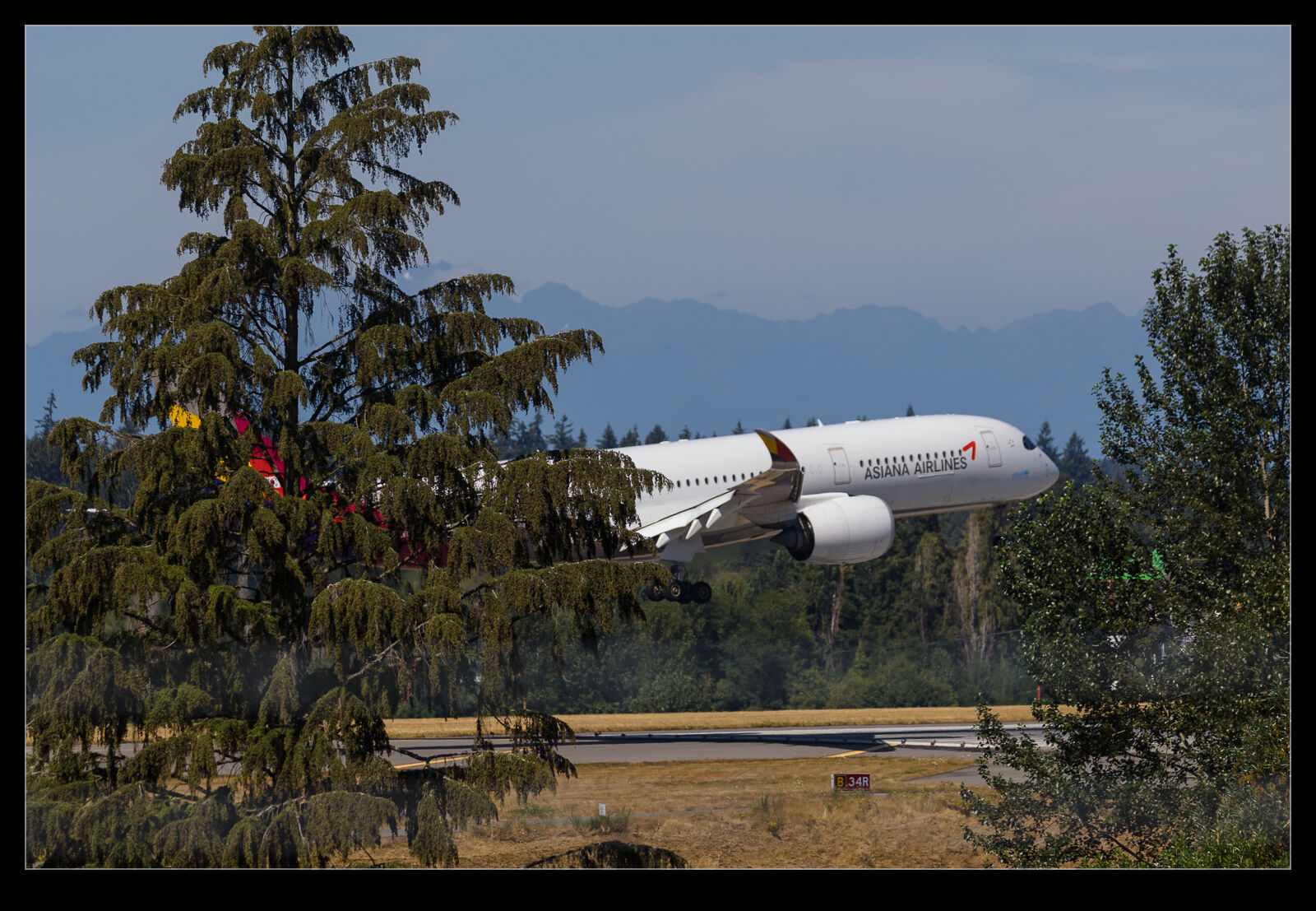 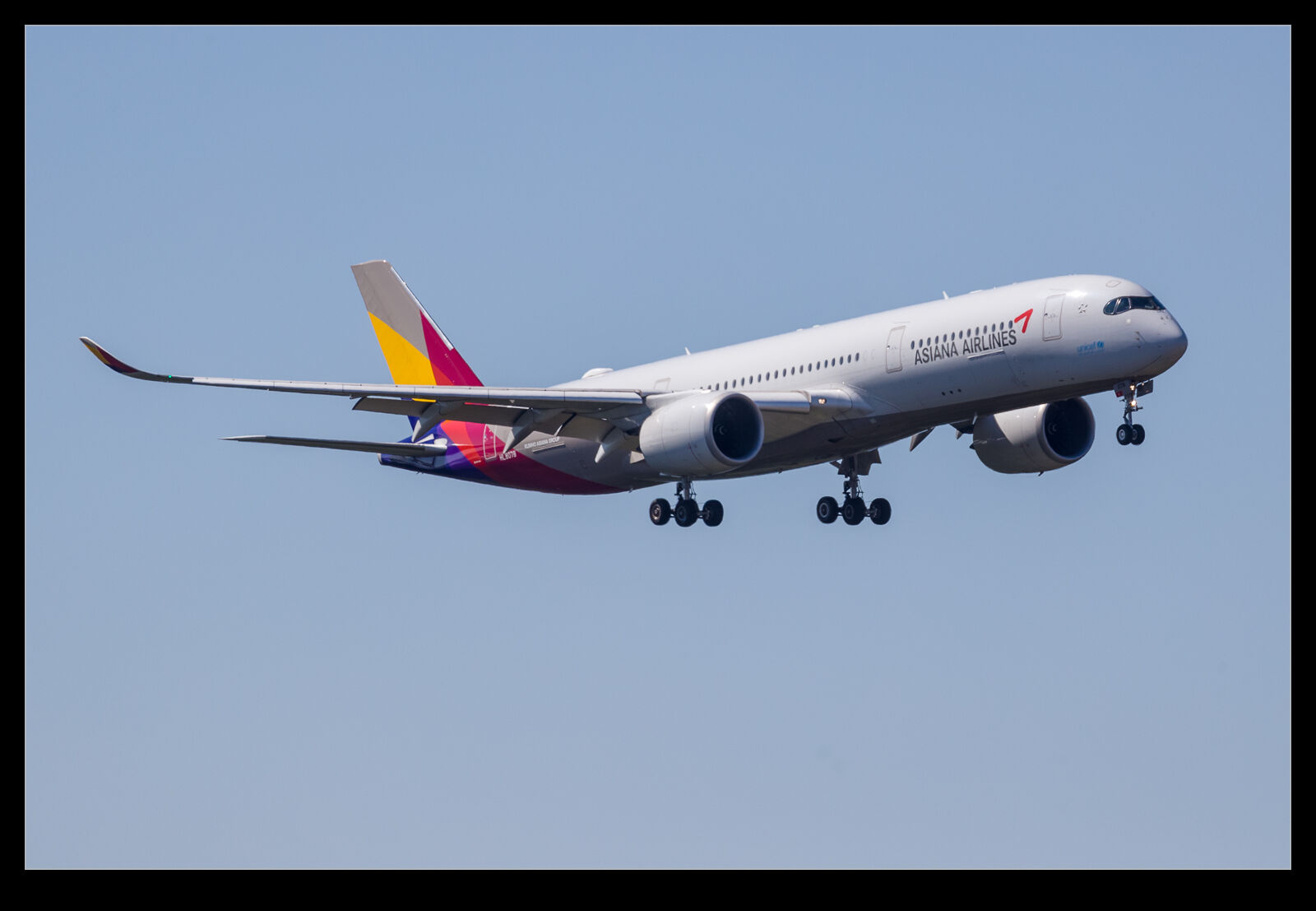 During the summer season, Asiana was flying their new A350s in to SeaTac.  I did get some more distant shots but nothing of significance.  With the introduction of the winter schedule, they changed to a lower capacity type.  However, while I was at SFO, I was able to shoot one of the A350s as they continue to run there in the off season.  The light was quite nice as it came in so I was pleased to get a shot.  They will soon be pretty common but, for now, it was a nice catch.