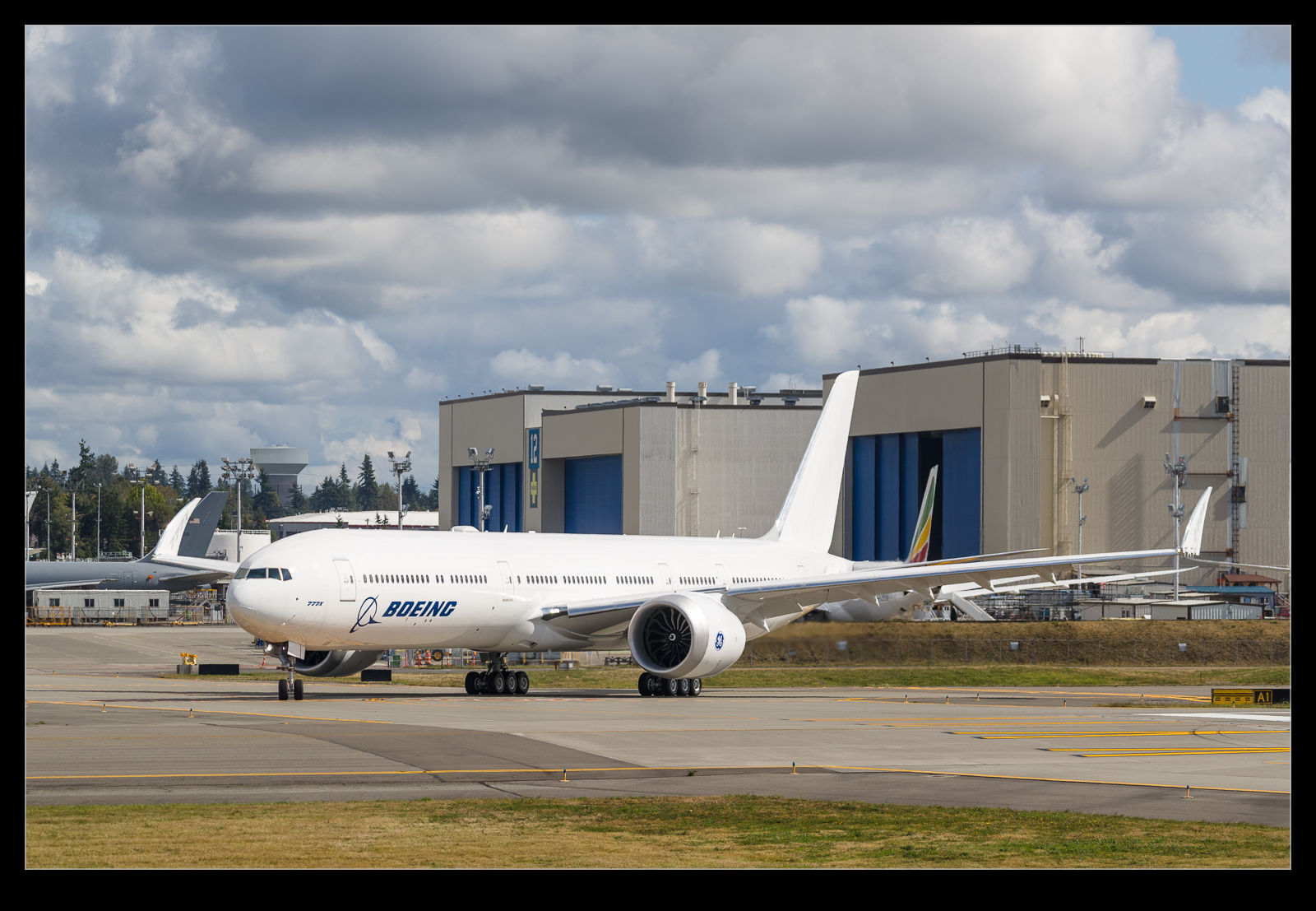 My previous unsuccessful trip to Paine Field on the Saturday for the first flight of the fourth 777X was followed up by a more successful Sunday visit.  The dull and dreary Saturday weather had been replaced by clear skies (the smoke had finally gone away) and the sun was out.  The time for takeoff was not going to be great because the sun would be high to backlit, but this was a first flight so the chances of it going on time were limited. 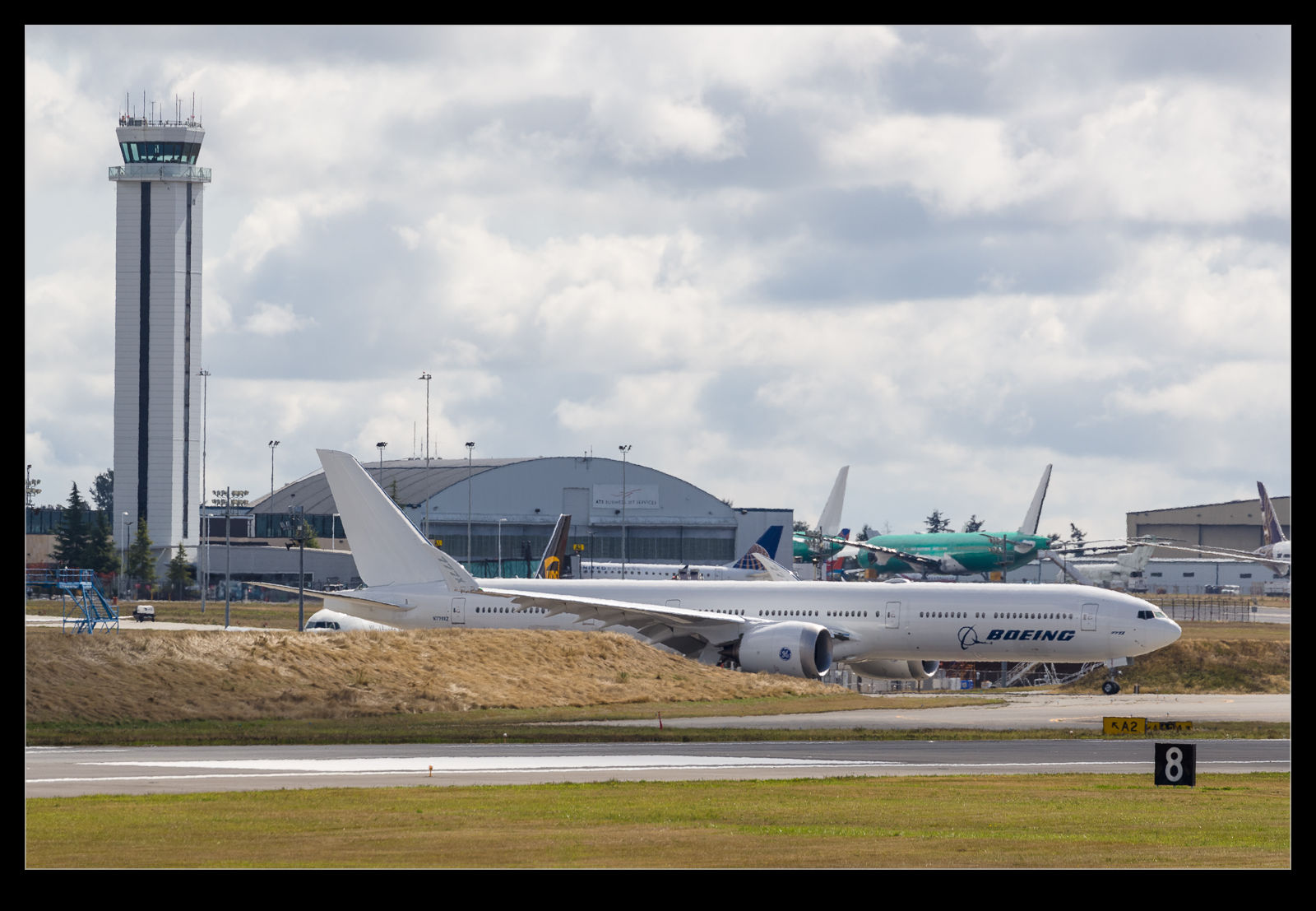 Sure enough, things got dragged out and the sun moved to a more favorable part of the sky.  A 777F from Lufthansa Cargo was doing some test flying to provide some other interest and there was plenty of activity generally to photograph.  Eventually the 777X was towed. From its parking spot to the south entrance to the Boeing ramp where it could start up. 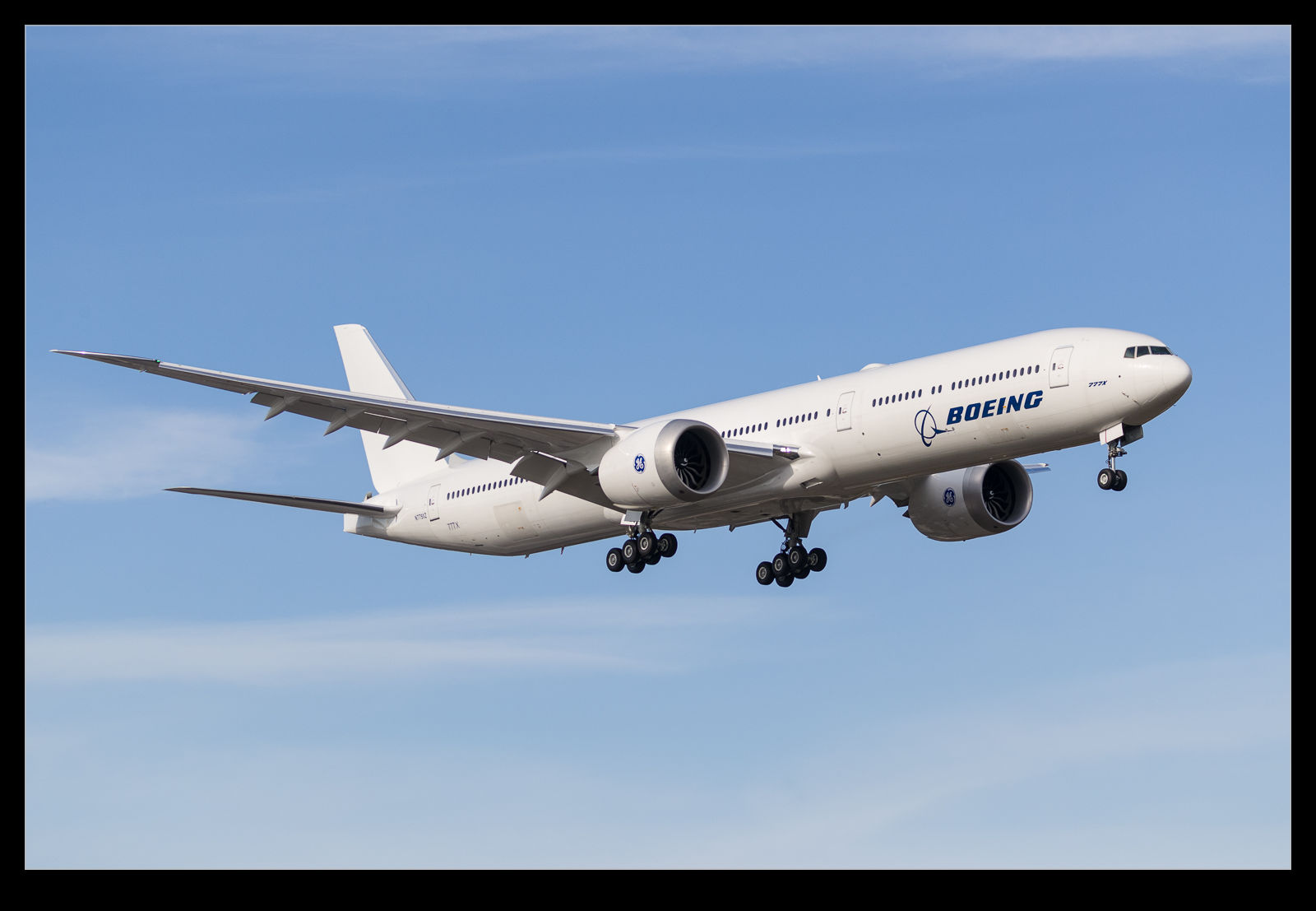 It taxied up the Alpha taxiway to the hold point and then pulled into position.  Normal Boeing practice is to do an accelerated and rejected takeoff before flying. They sat on the threshold and powered up, but the wingtips had not been lowered.  I don’t know whether this was a test of the system that is designed to prevent taking off with the wing tips in the wrong position or not, but it seemed that way.  Either way, the jet didn’t move. 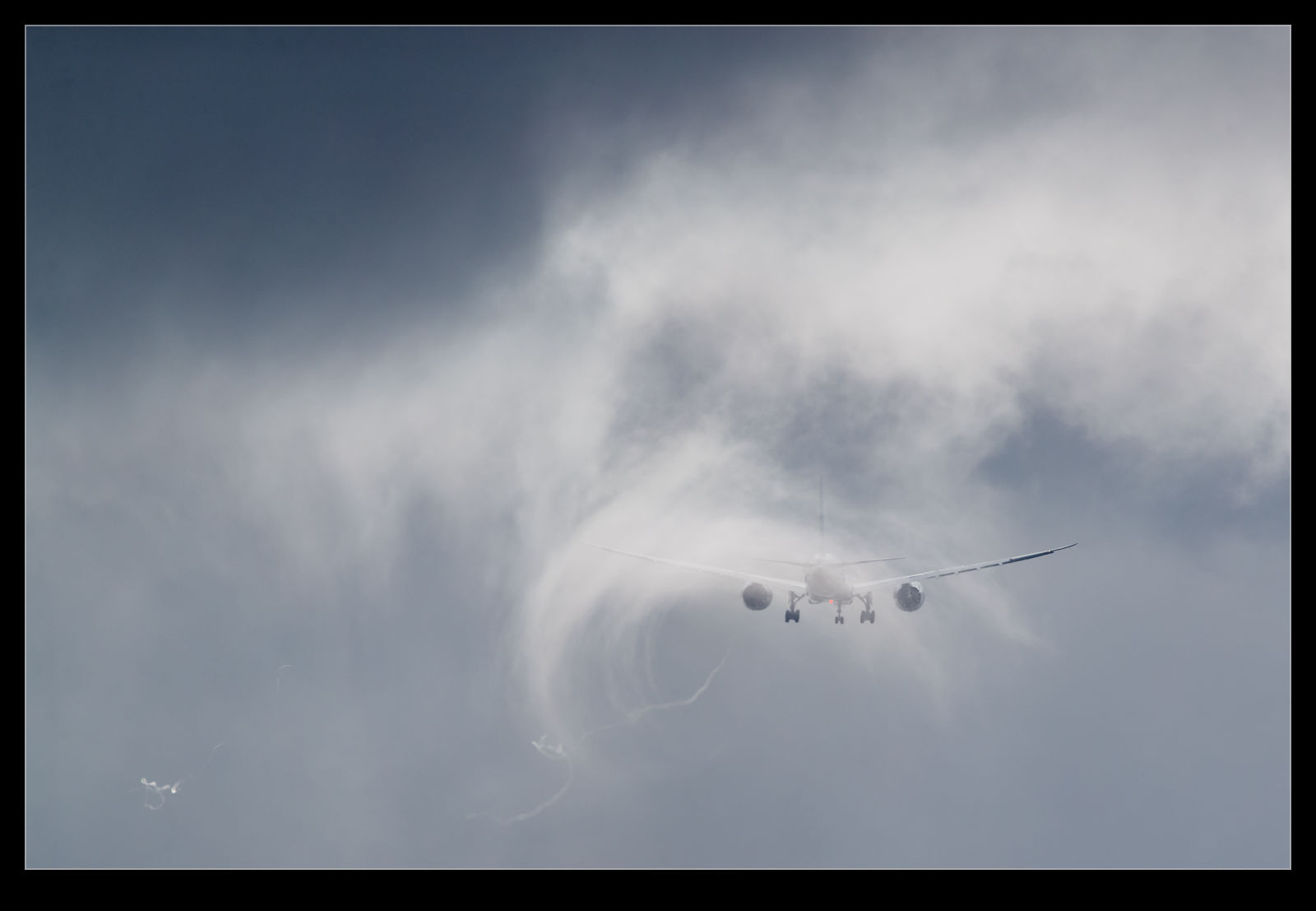 They then lowered the wing tips, powered up, accelerated and then braked.  Taxi back to the threshold again and a long way for some other traffic before they lined up again.  The jet wasn’t heavy, but I was slightly surprised how much flap they had for takeoff compared to the other jets I have seen taking off there.  Anyway, power on and off they went. 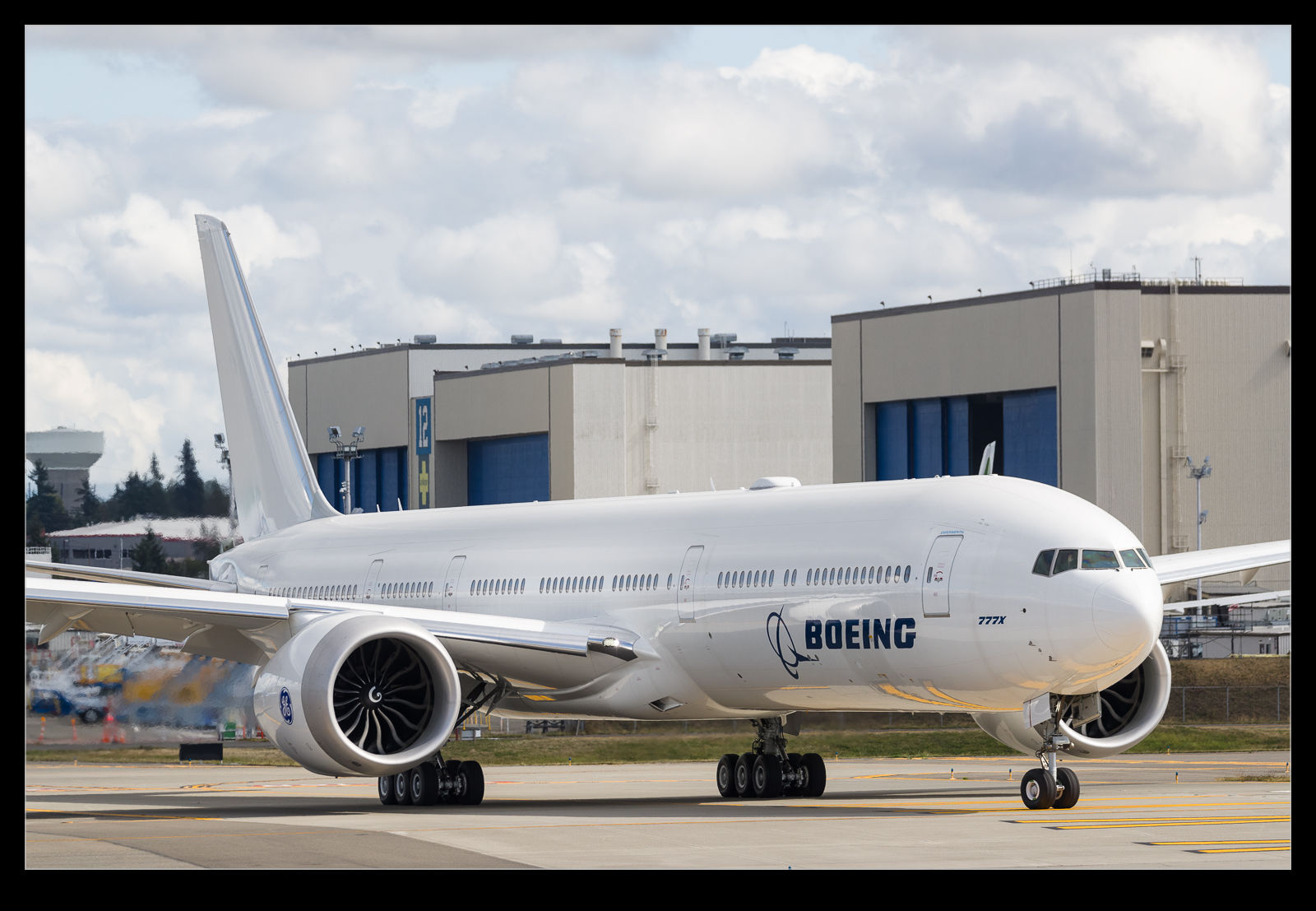 They were due to be flying for a few hours and then landing at Boeing Field so I figured I would make the trip down there for the arrival.  On pulling up at Boeing Field, I bumped into my friend David so we were able to talk rubbish about planes for a while waiting for any arrivals.  In due course the 777X showed up on approach by which time the light was a lot nicer than it had been for departure.  Things may have taken longer than planned and meant the day was not much good for anything else but it was a fun outing and a successful trip. 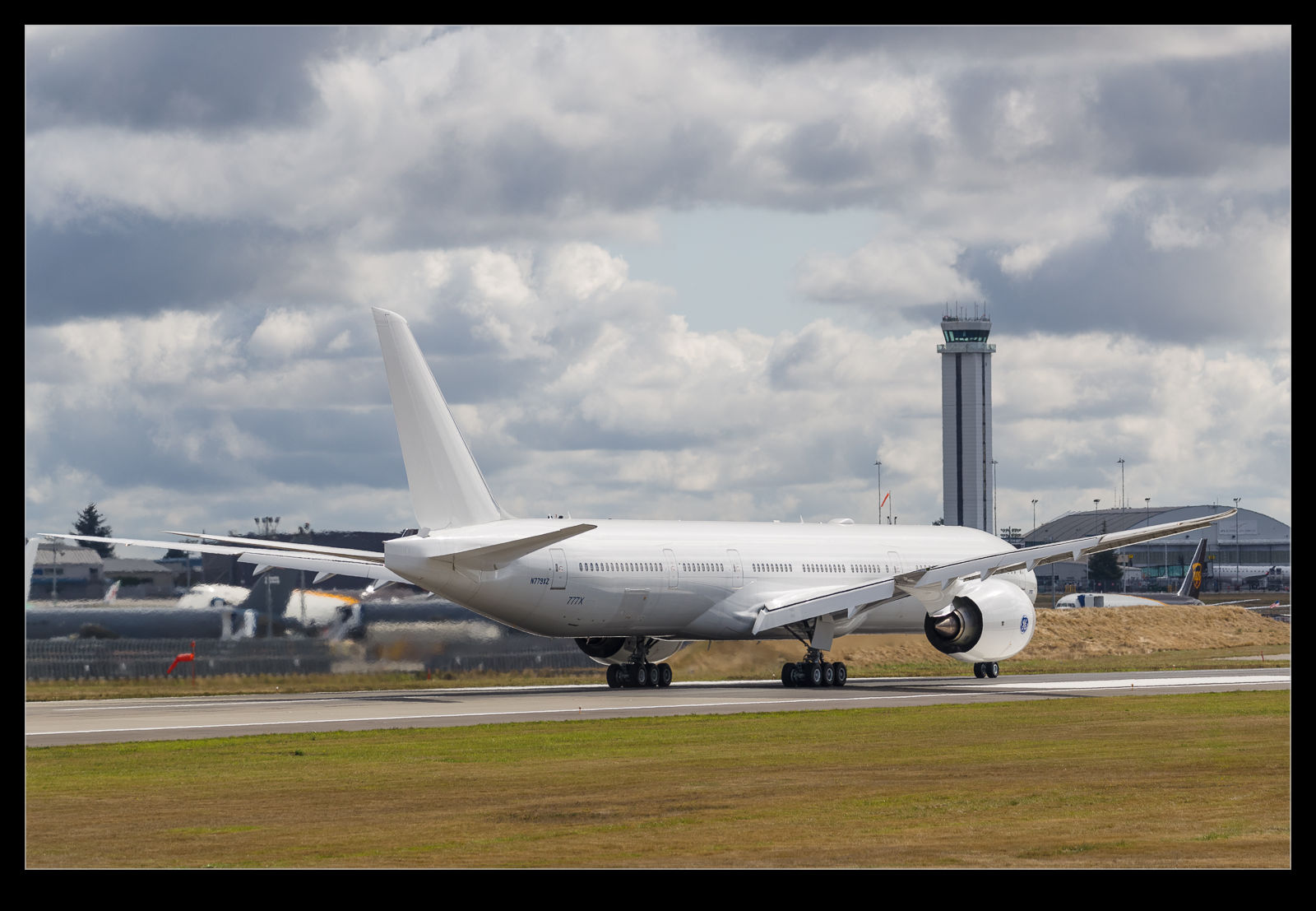