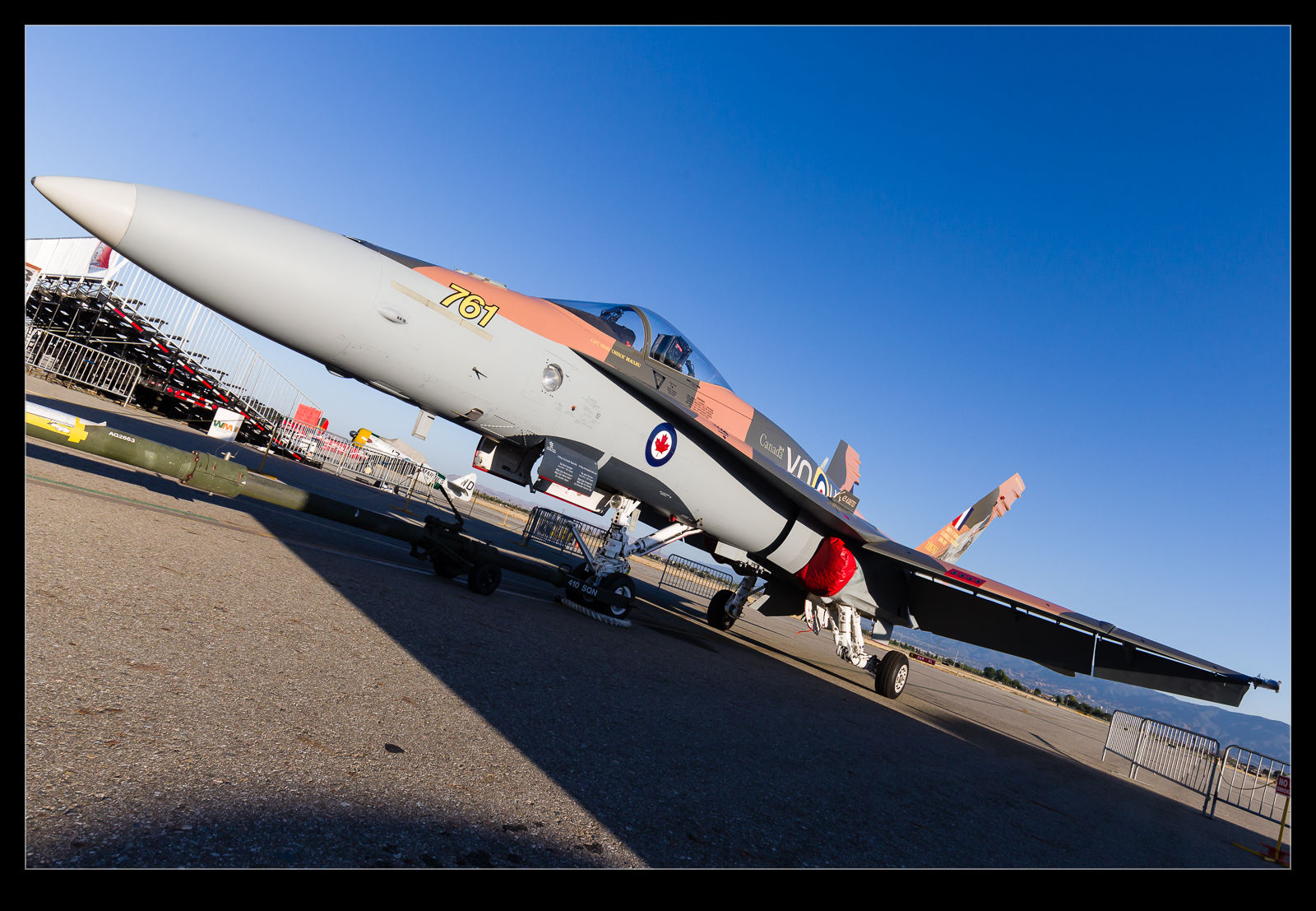 1940 was a tumultuous year in the UK. While the war had started in 1939, 1940 was the year in which it came home to the British. The German air campaign was supposed to be softening up the defenses ahead of an invasion. Things turned out differently as a consequence of some valiant defense, some great pilots and aircraft and some strategic blunders by the Germans. As a result, Operation Sealion was cancelled and the UK remained out of German control although still subject to constant bombardment. 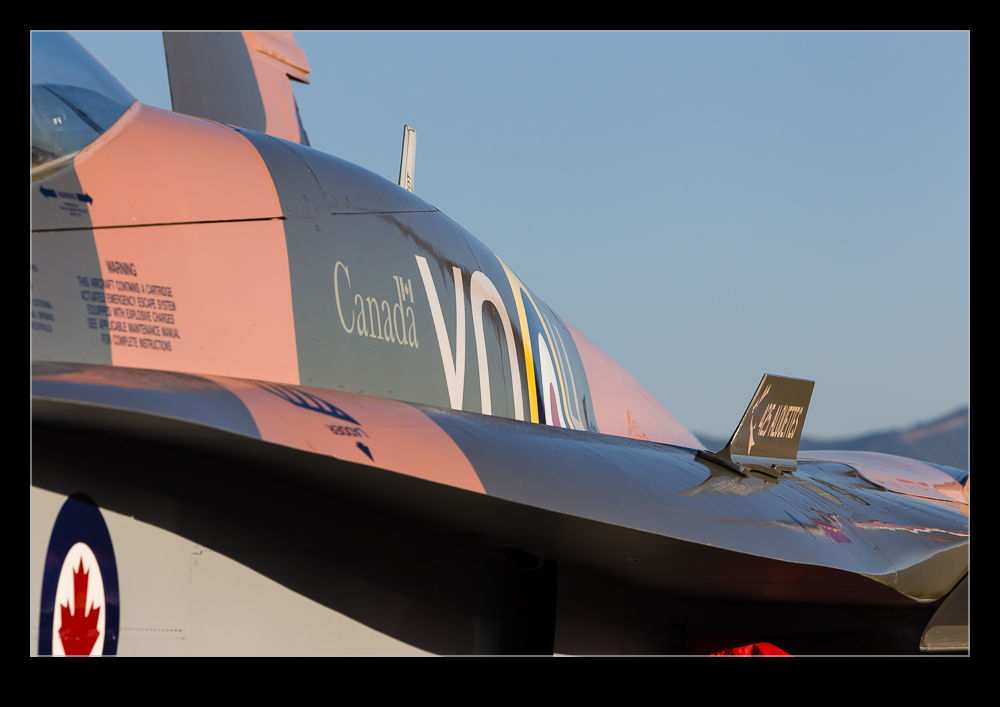 Seventy five years later, there are many celebrations planned to commemorate the Battle of Britain. Many air forces participated as part of the Royal Air Force with squadrons being operated by crews from individual countries such as Poland, Czechoslovakia and Canada. Canada is marking the anniversary in many ways but one is decorating a CF-188 Hornet in a special scheme. 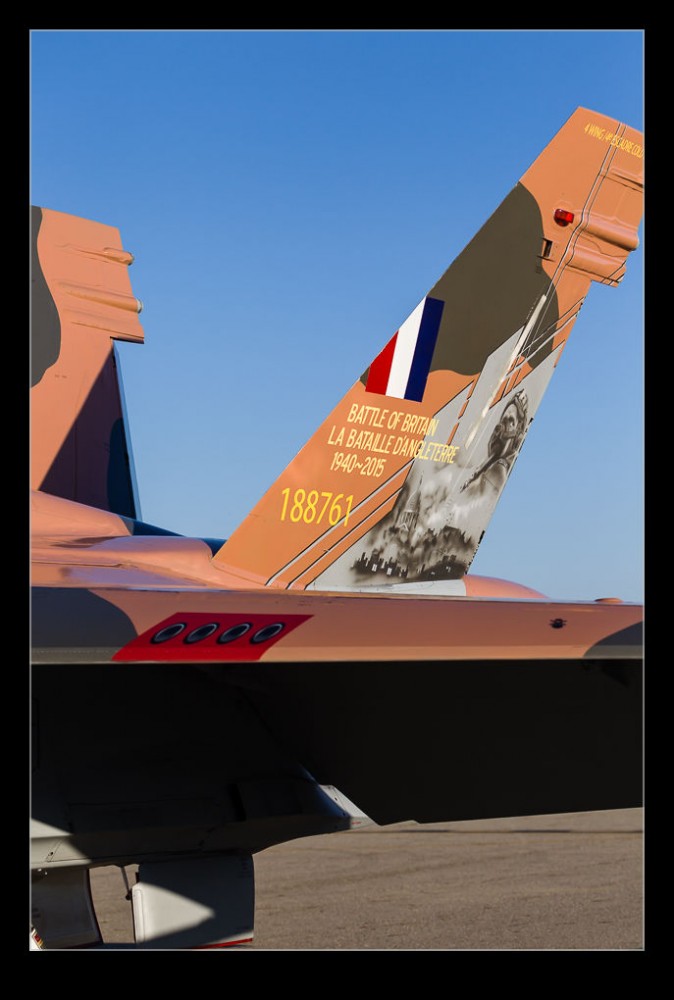 The paint finish is replicating a Hawker Hurricane from 1940. The colors are reproduced and there are even red marking on the wing leading edge to represent the locations of the gun ports on the Hurricane. It also carried commemorative markings to recognize those that took part in the battle. I was lucky to see the jet at Chino. It flew after sunset on the Friday and then as part of the main display on the Saturday. The sunset show concluded with it dragging the hook along the runway in a shower of sparks! 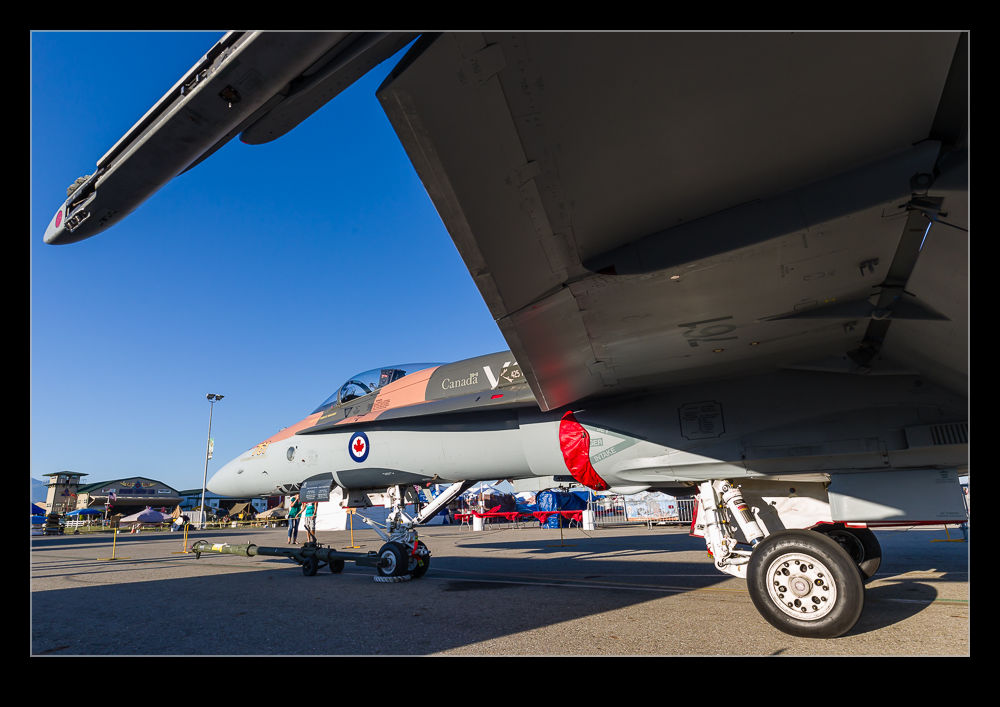 This jet will appear at a number of venues throughout the year. If you can see it, do try and make the effort. The RAF has a Typhoon marked up similarly and I am sad that I won’t see that. This is a great alternative for me. 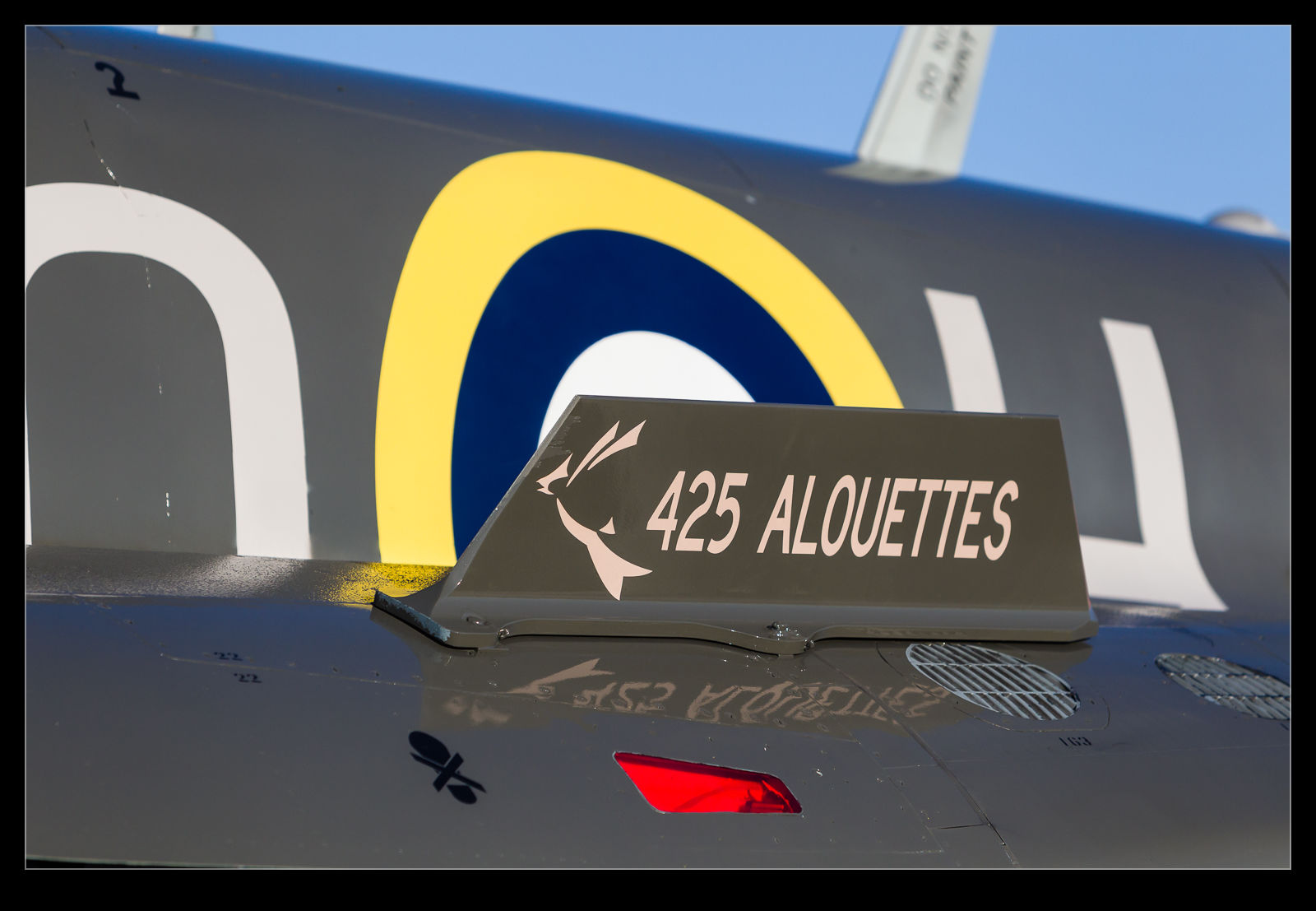 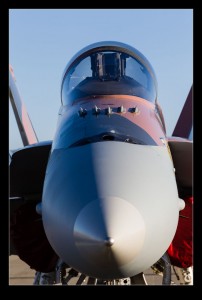 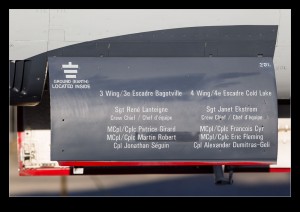