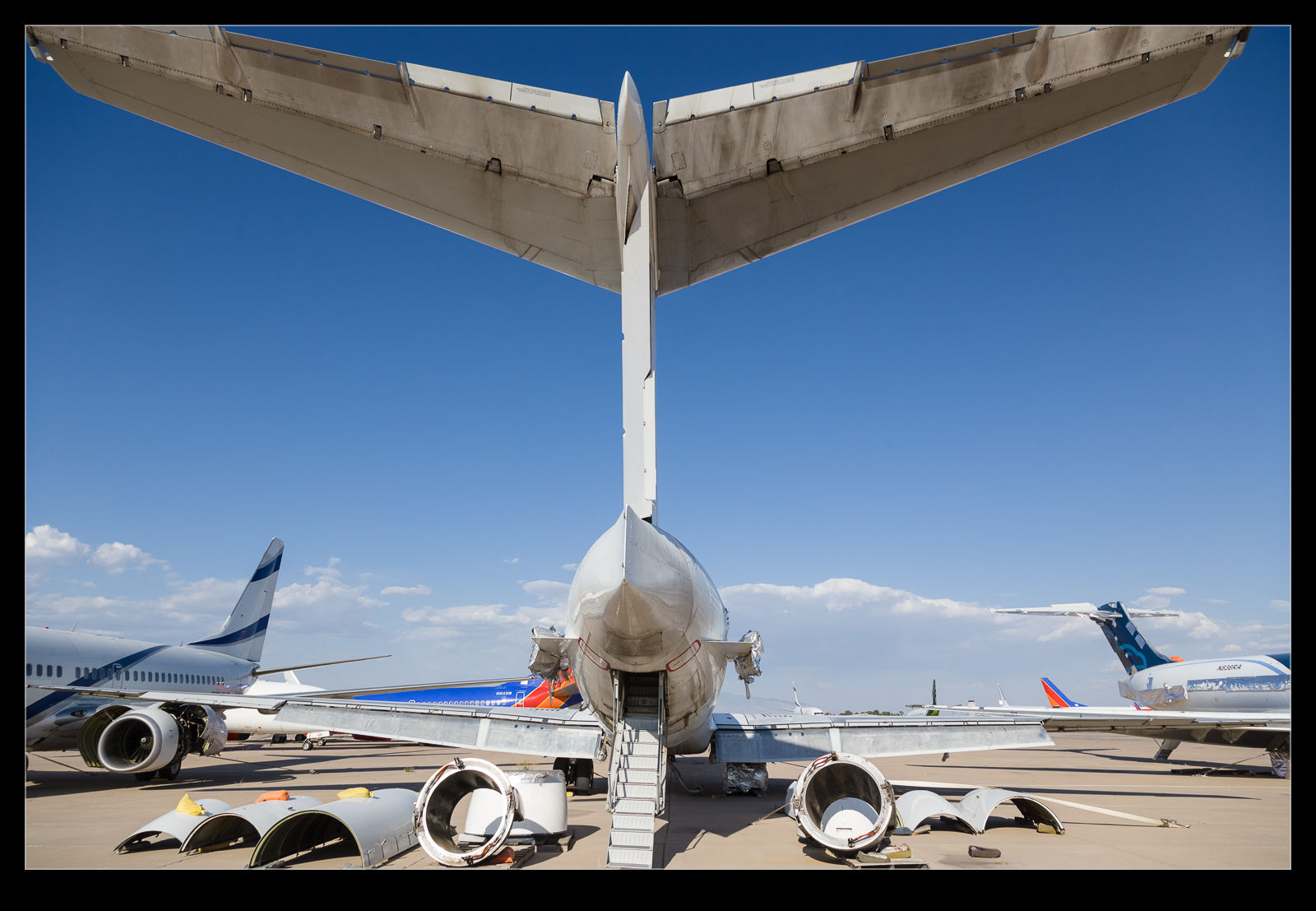 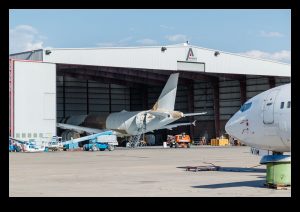 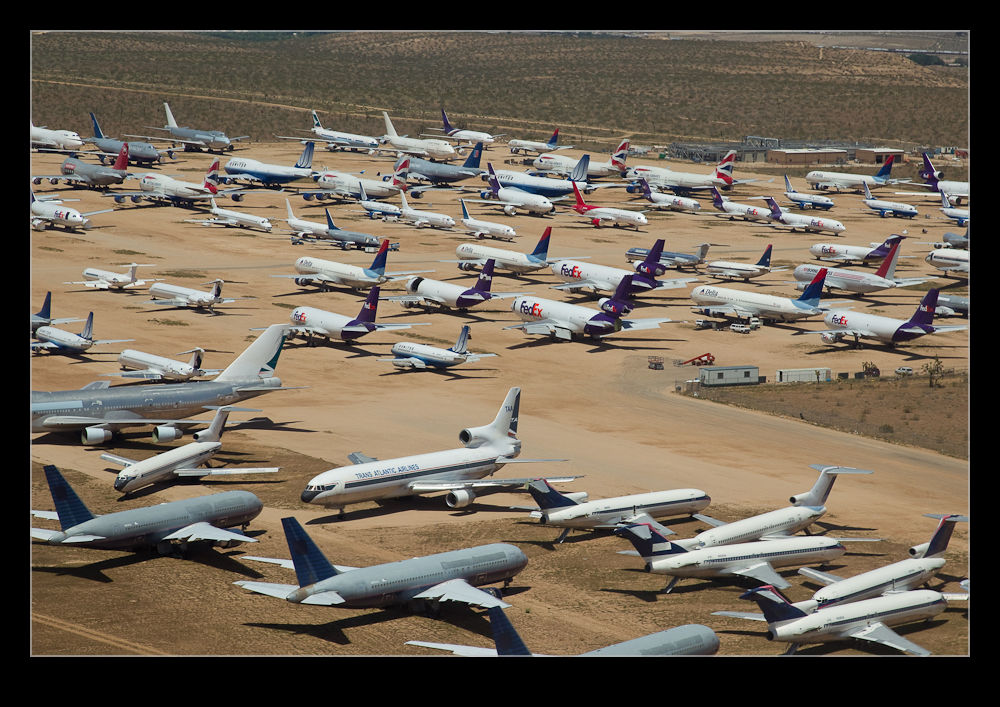 A while back, I found myself in Southern California with my buddy Pete.  Pete is a pilot with about 15,000 hours on multiple types but he always wants to try out something new.  He was renting a Cessna 172 for the day and getting checked out at a couple of interesting fields – Catalina Island and Big Bear.  I was along for the ride. 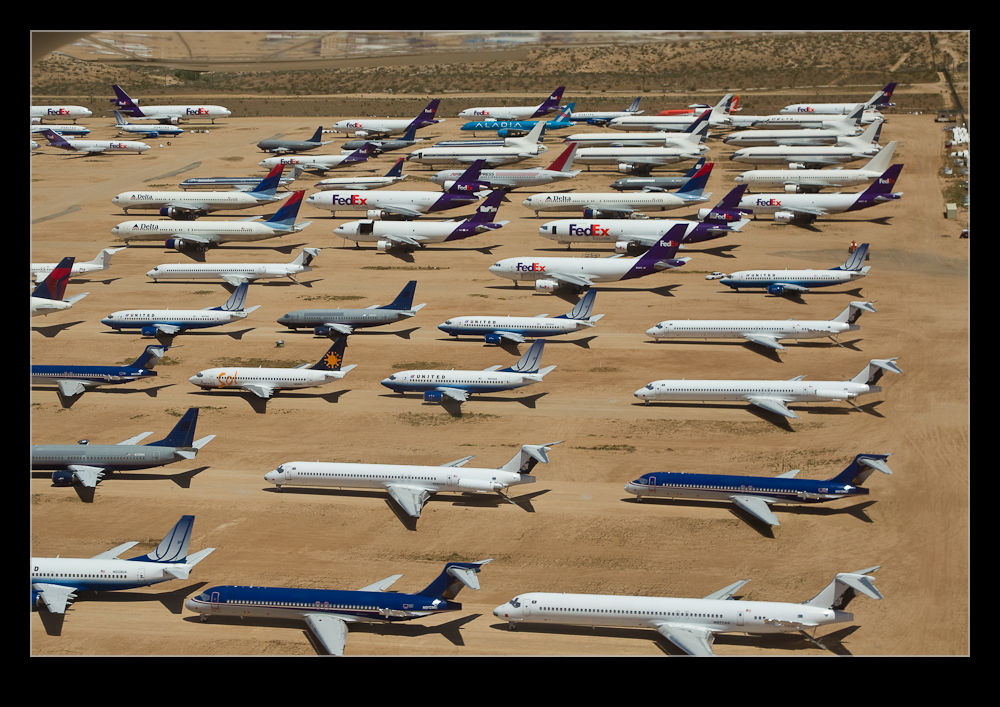 He asked if there was anything I wanted to do while we were out and I wanted to take a look at Victorville.  Victorville is the old George AFB and is now a place where a lot of airliners come for storage and often to be broken for spares.  I had seen a few pictures of the place and wanted to see what was there to be seen.  Pete had an added interest as there were some British Airways 747s parked up there – the type he currently flies for his day job! 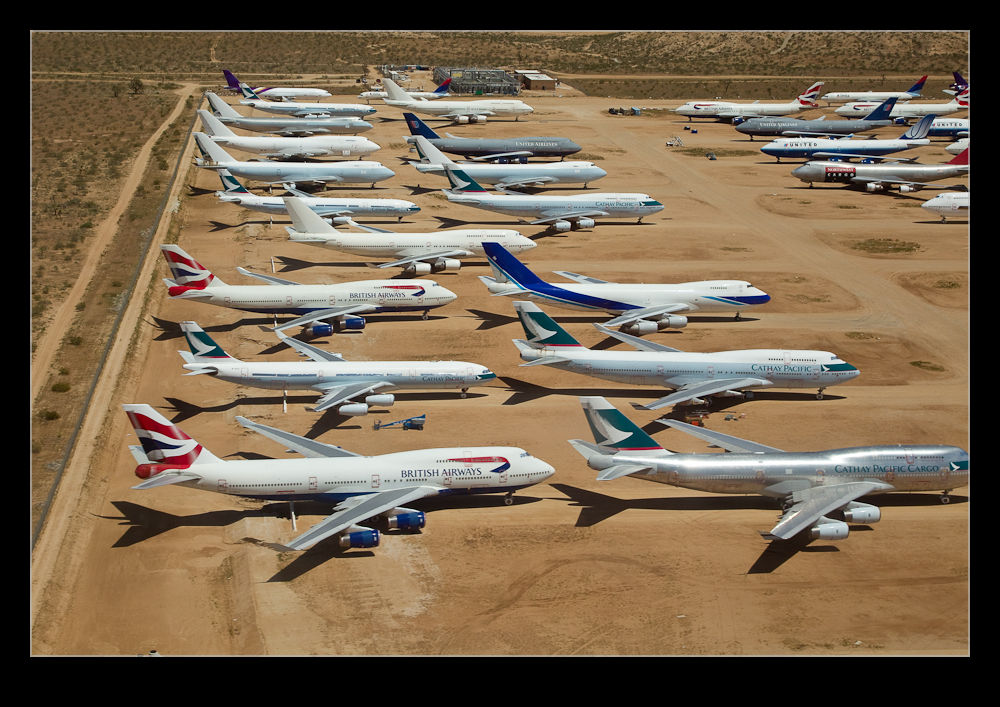 I had been in the back for the first two legs of our trip a we had an instructor along checking Pete out.  For this leg, I took the right seat to be well positioned for the photos and also to get a bit of time in myself.  I had no idea how enthusiastic Victorville would be about passing light aircraft coming to take a look.  However, when we called up the tower, they were very happy for us to make a pass.  When we told them what we wanted, they even allowed us to break off from a low approach and turn north to pass the collection of stored airliners. 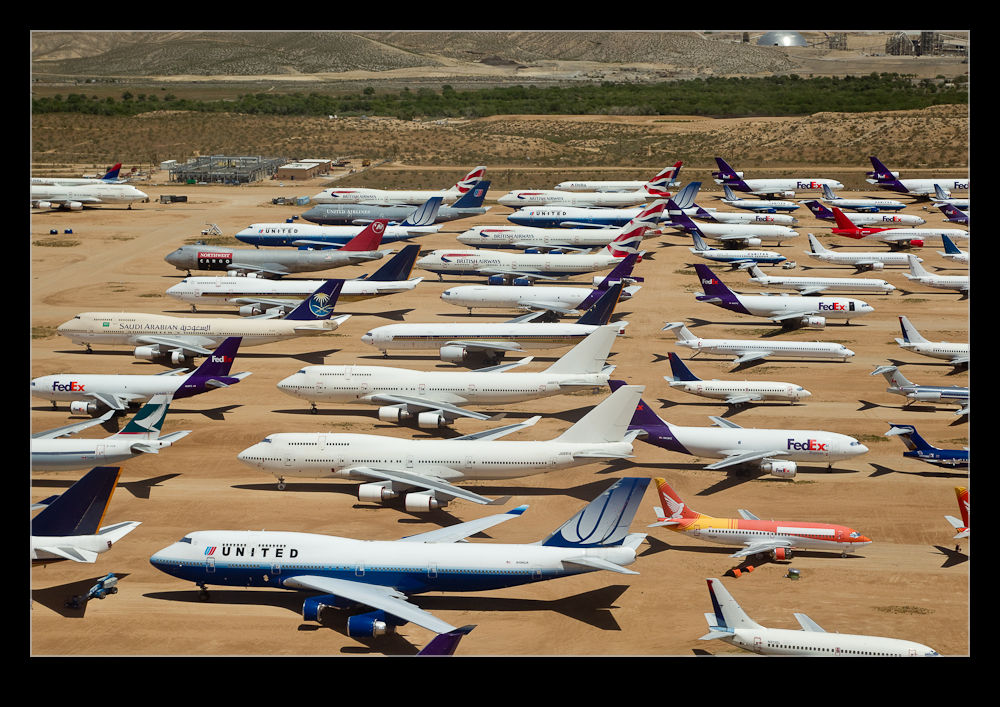 There was quite a selection of aircraft on the ground.  Some of them were obviously temporary residents but a few looked like they were only going to be leaving in bits some day.  Rather sad but it happens to us all eventually.  Anyway, a fun distraction on our route (a great trip as a whole by the way but maybe I will save that for another time) and some interesting things to see. 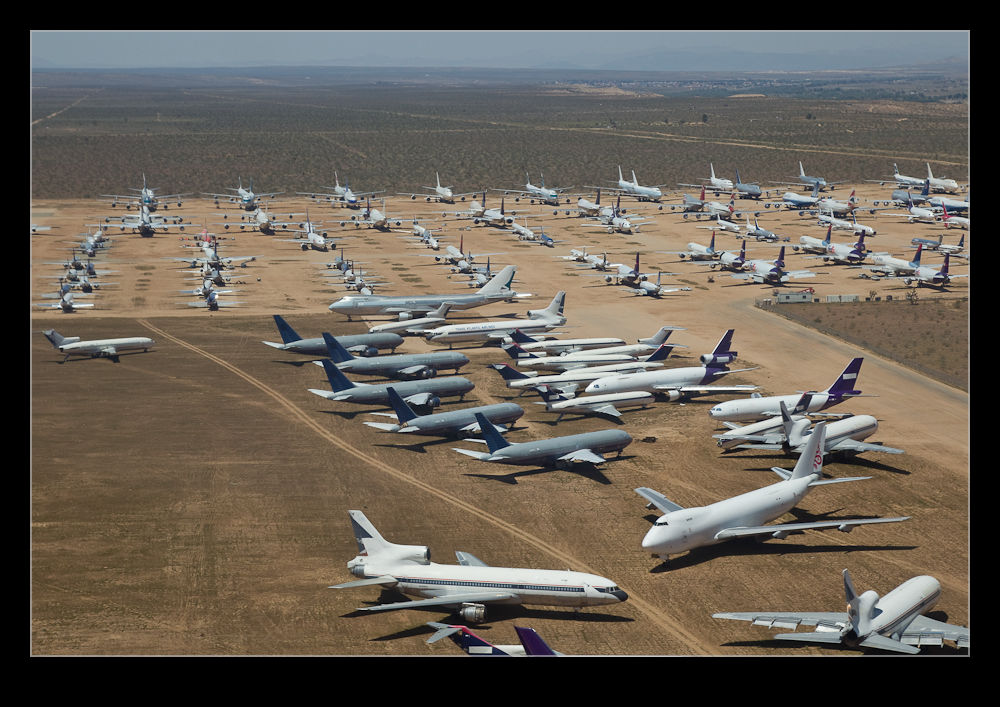 As an aside, Pete was back here before too long to pick up one of the BA jets to return it to service.