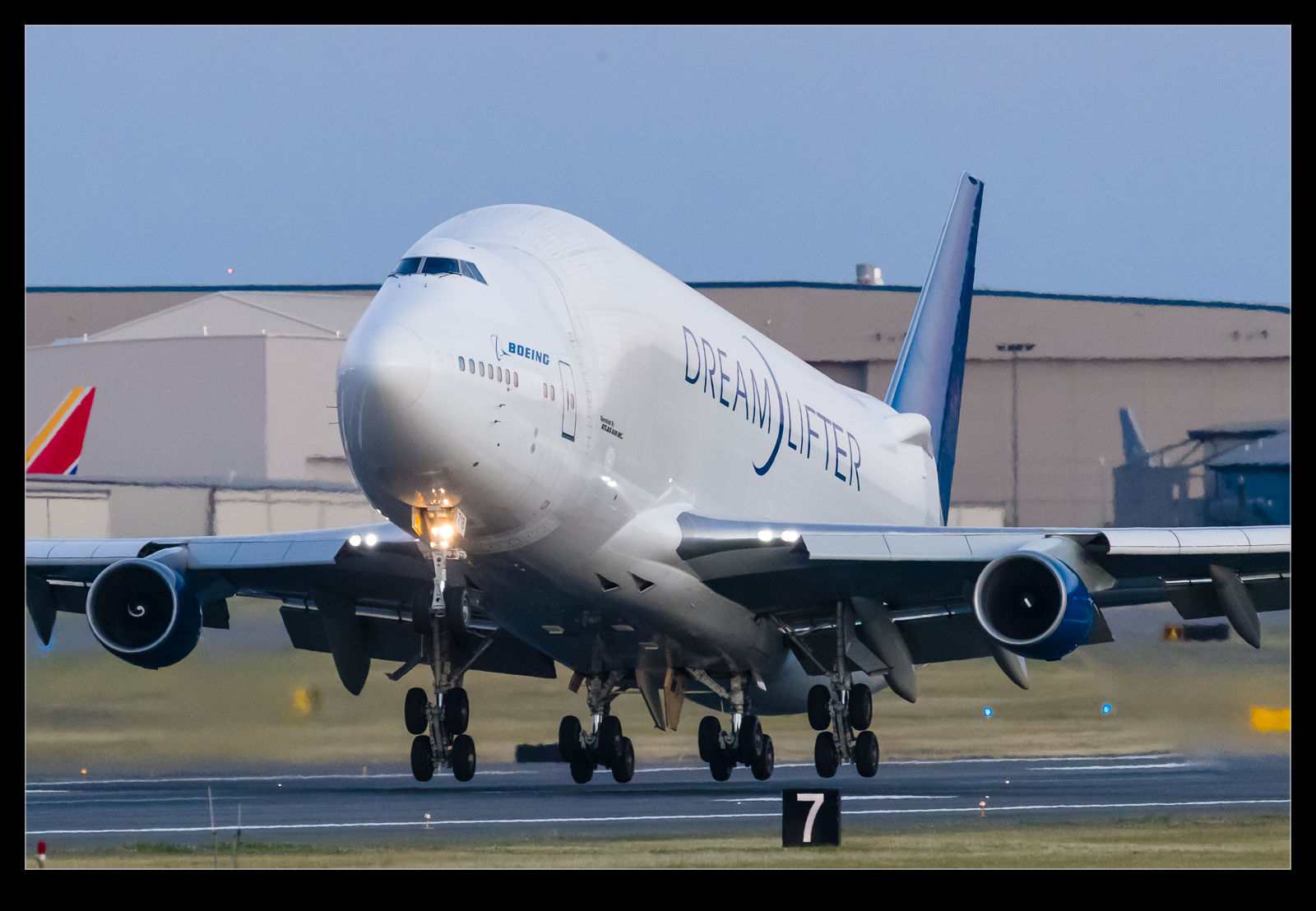 A while back, I made a trek out to Paine Field around sunset to try and get a Dreamlifter in beautiful light.  They decided to burn some fuel down to get to their preferred weight and the sun had gone before they took off.  You would think I would learn from this but, oh no, I am still a sucker.  Departure was scheduled for 8:50 and sunset was 9:03.  The day was crystal clear so why not have a go.  This time they would be departing to the north so the light angle would be better too. 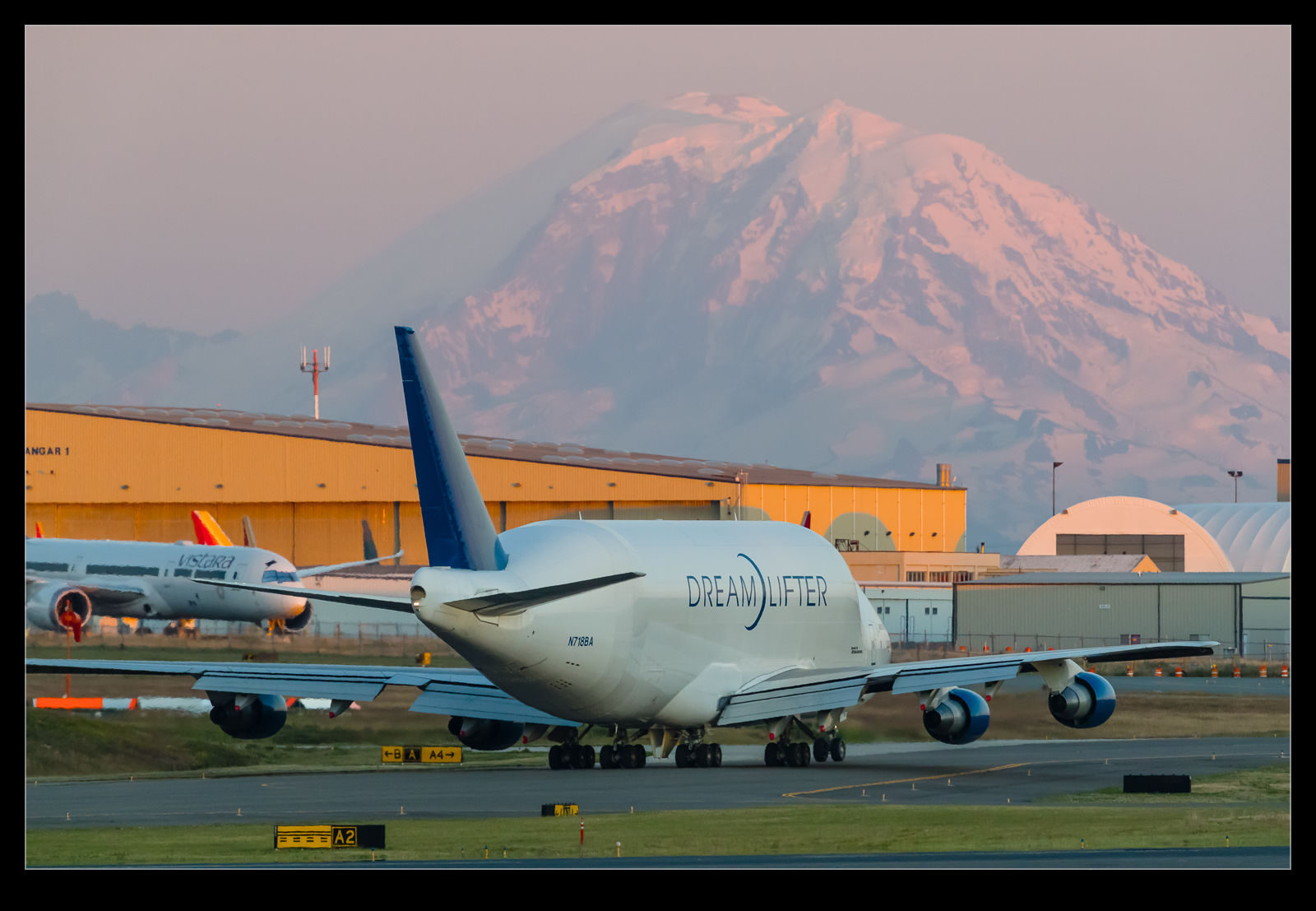 I turned up at Paine Field and there were two Dreamlifters on that ramp.  One had beacons on so that was a good thing.  However, no noise yet from the ground cart – they don’t have an APU so need ground power to start.  Time was ticking close to departure hour and I was getting nervous but the sound of the cart started so I relaxed a little.  However, the start process for all four engines took forever.  They were now after the planned time and hadn’t pushed.  Eventually they pushed but did so at a glacial pace.  Not sure how many minutes passed but we were now perilously close to sunset hour.  I was disappointed but still knew that, once airborne, there would be sun for longer up there. 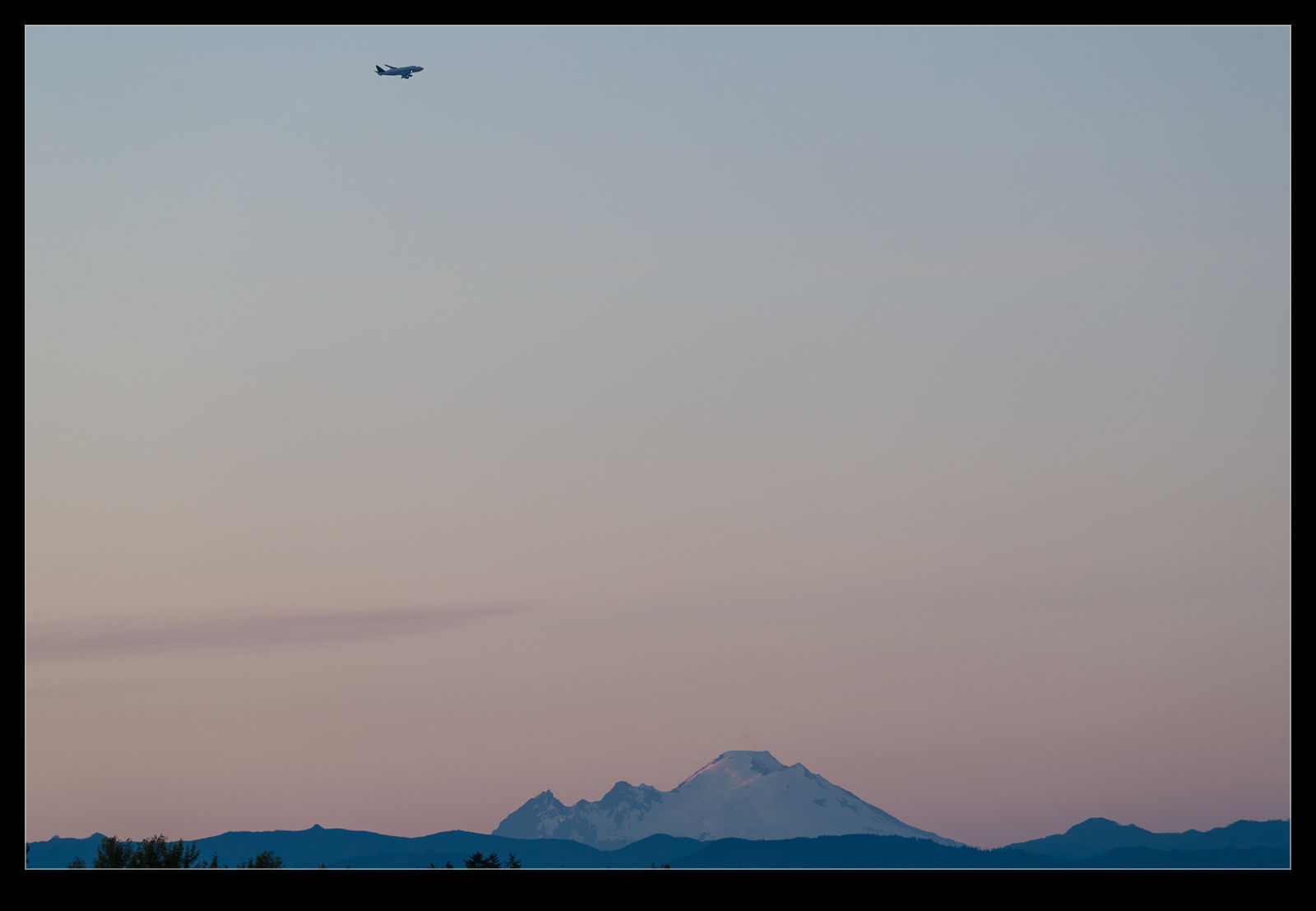 Finally they taxied but by now, the timing was looking worse.  Moreover, this must have been the slowest taxi speed I have ever seen for a commercial jet.  I wasn’t expecting Southwest taxi speeds but still.  They had to get to the other end of the field and boy did they take their time.  Then they held at the threshold for a while.  The light was definitely past its prime by now. 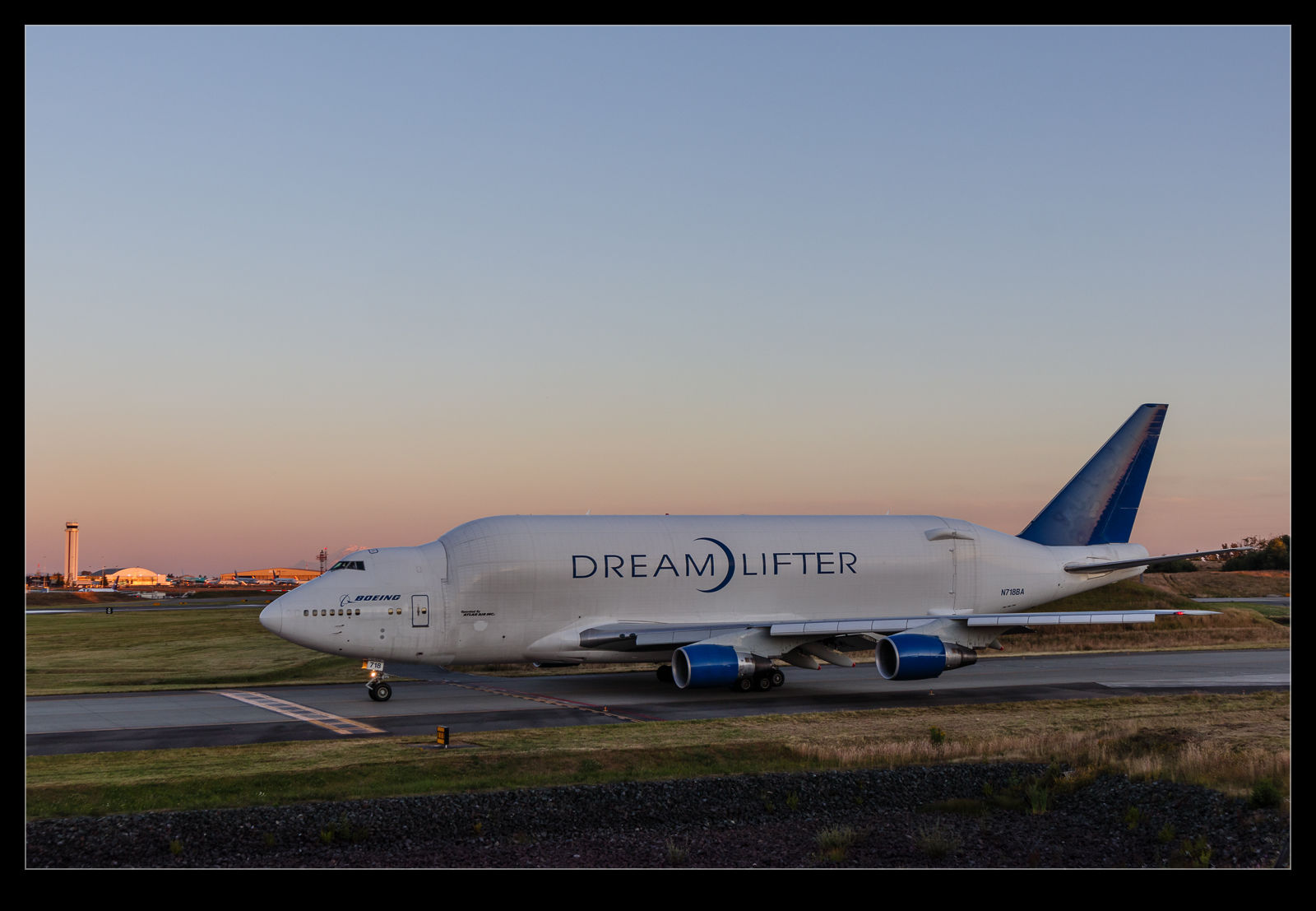 Finally they did line up and roll.  They were only going to Charleston so I expected a relatively spritely take off but they were obviously at a derated setting and rotated further up the field than I would have liked.  The best rotation shots had the ILS framework directly in front of the jet.  Crap!  As it climbed out, the light was a bit better but not what I had really planned for.  Oh well, third time lucky? 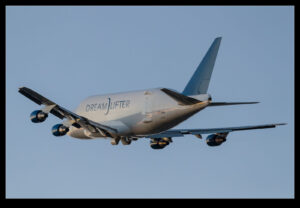 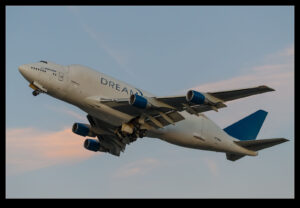 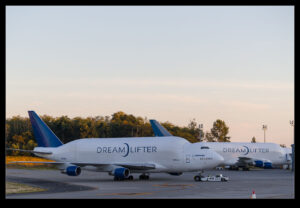 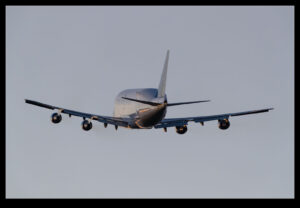