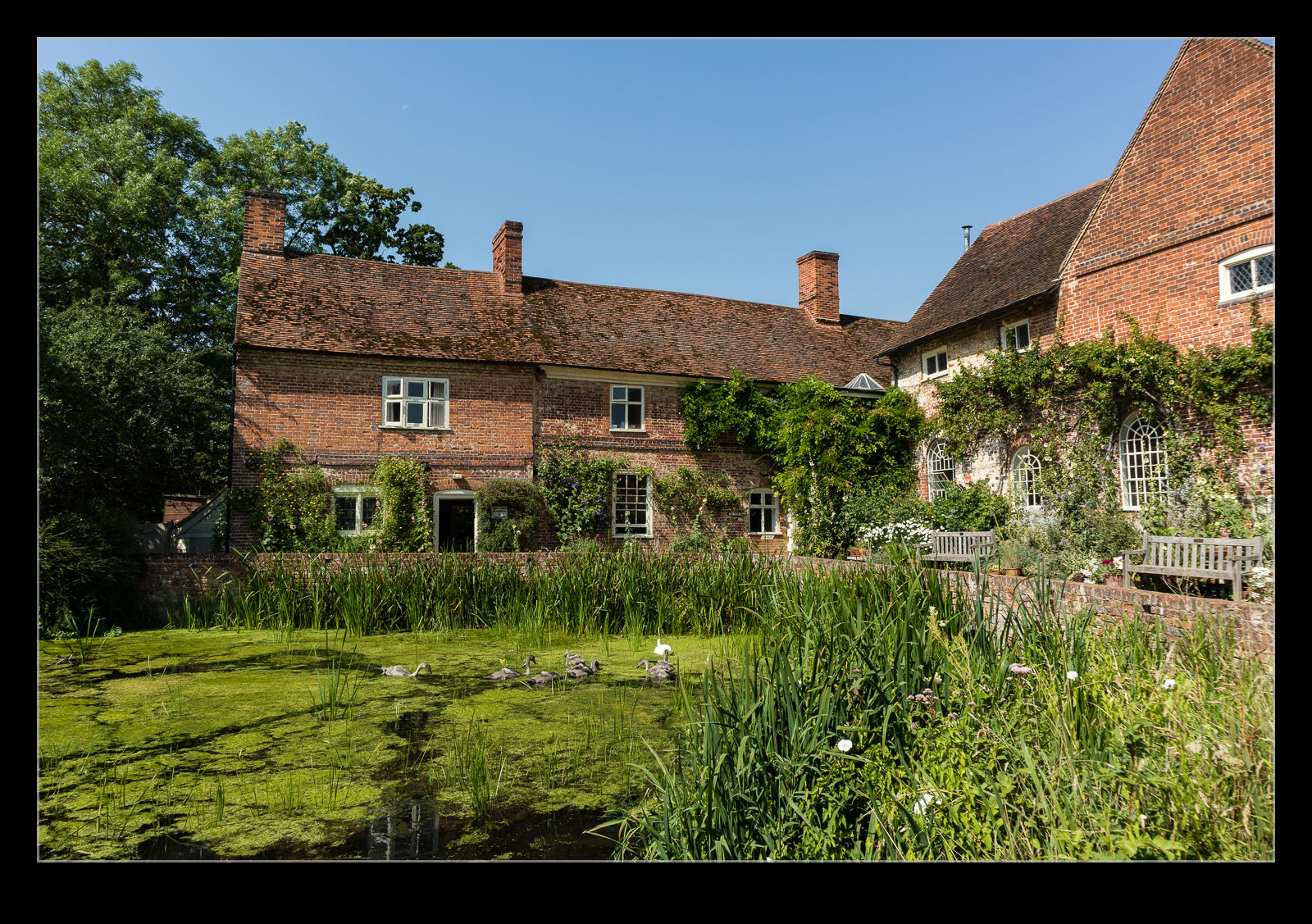 Flatford Mill is a very well known tourist attraction.  I last visited it about 30 years ago when a friend of mine was living there for her job.  The mill is in an area known colloquially as Constable Country.  The artist lived in the area and many of his paintings are of the local landscape.  The mill itself is possibly best known for being the subject of the painting The Haywain.  Originally we had intended to walk along the paths that line the river near the mill.  However, even though we were there quite early in the day, it was already stupidly hot and the idea of walking far was not appealing.  Instead we wandered around the mill, had an ice cream and some lunch and took a look at the buildings that Constable had painted – all while trying to visualize where the settings were and how much they had changed. 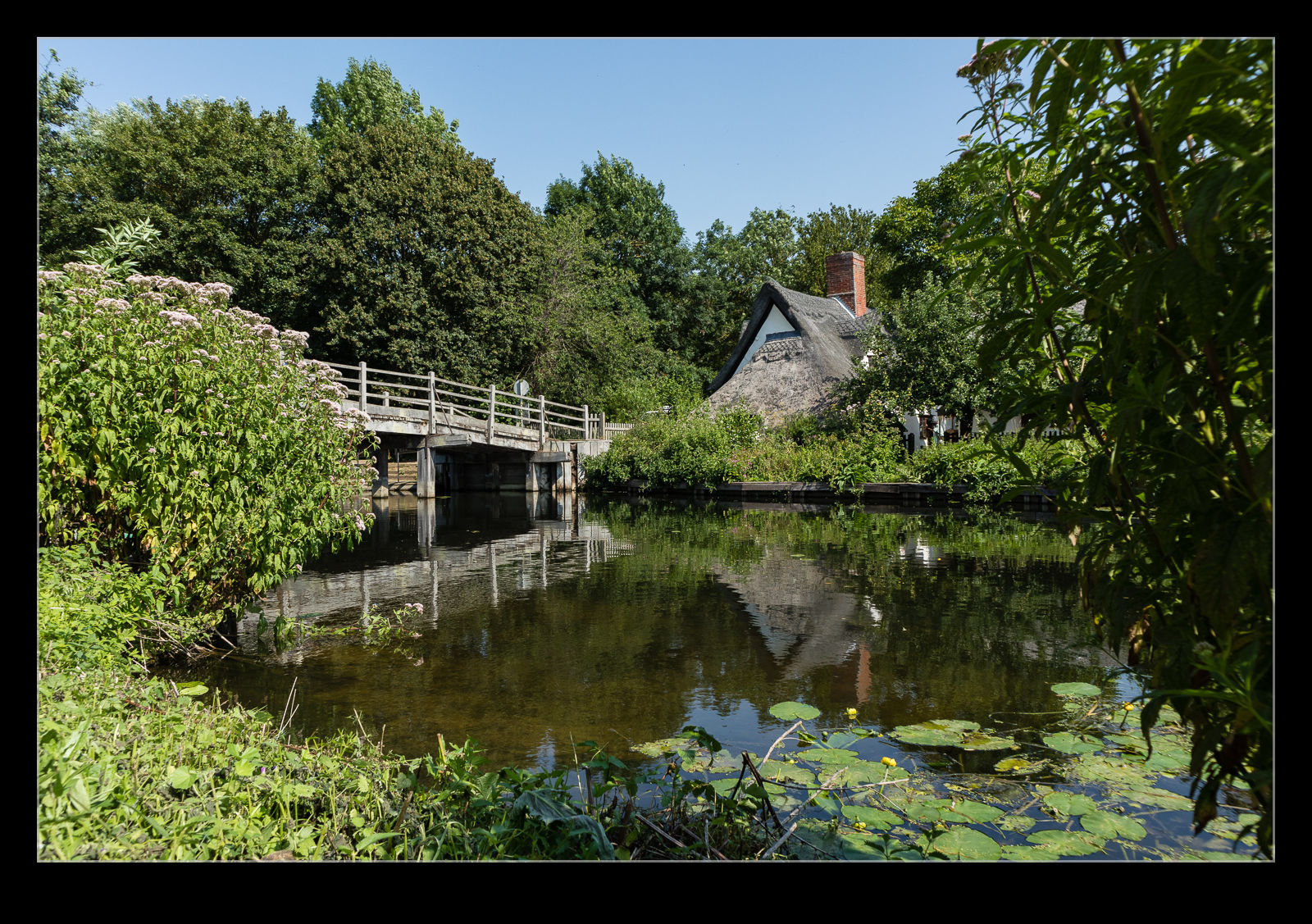 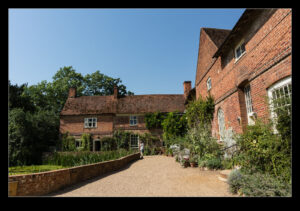 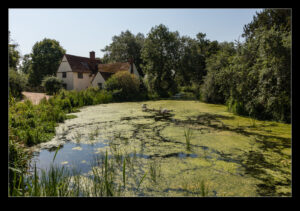 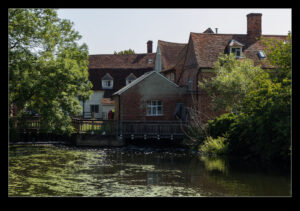