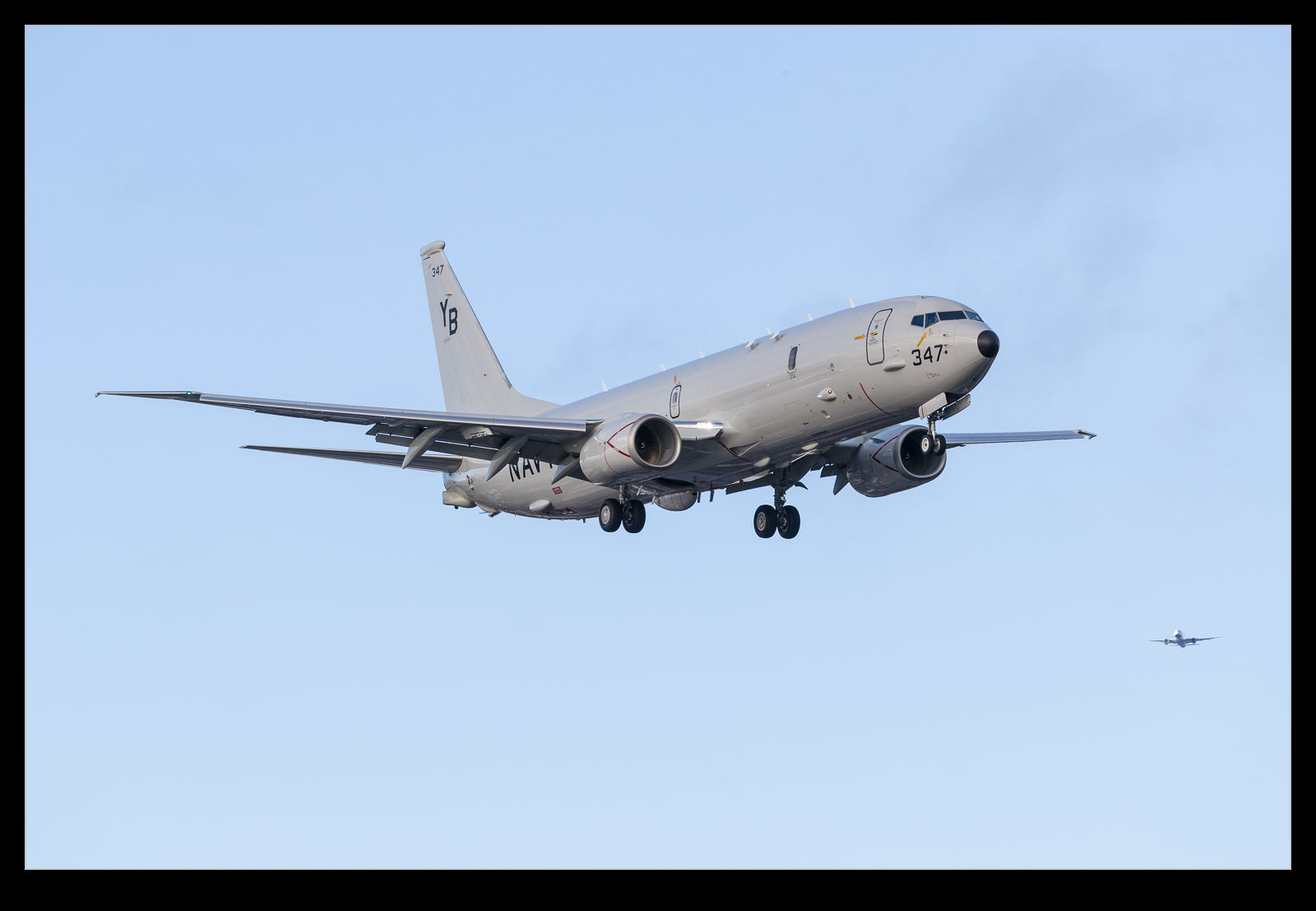 I was sitting at Boeing Field awaiting the return of a couple of jets.  Apps like FlightRadar24 allow you to keep an eye on where things are and when they are due in.  What they don’t usually cover is military flights.  Fortunately, I had the radio scanner sitting on the dash so, while I was busy doing something else while waiting, the sound of someone calling up on approach caught me by surprise.  I finished what I was doing and then got the camera just as a KC-135 hove in to view.  What a nice surprise. 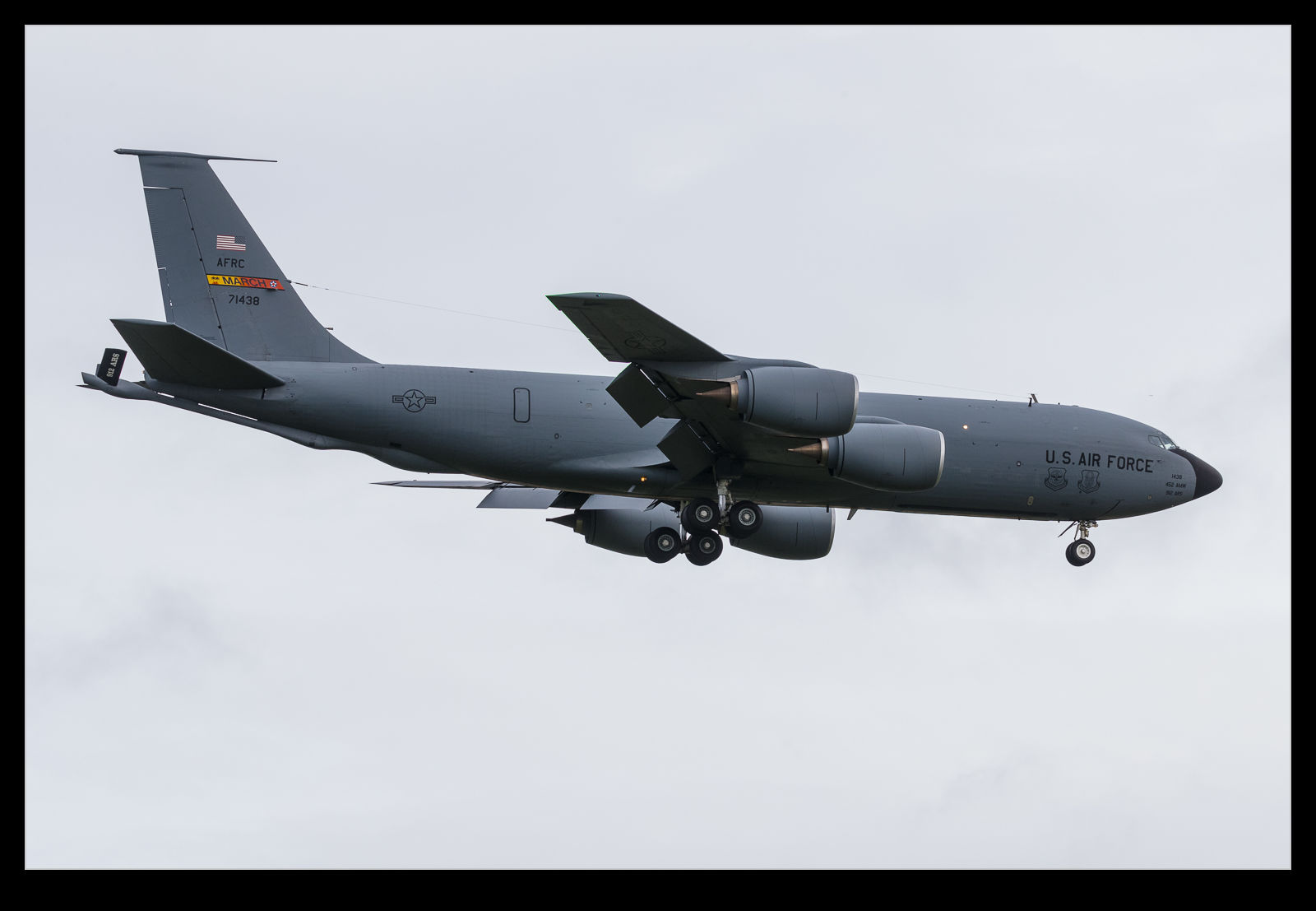 A while later, something similar happened.  Another plane called up with what sounded like a Navy callsign.  This time I had a bit more time to get out and look up the approach to see what it might be.  A P-8 was coming in.  They got bounced around on short final by the gusty conditions which were combining with the airport buildings to make things pretty interesting for the crew.  I had an easier time taking the pictures I think. 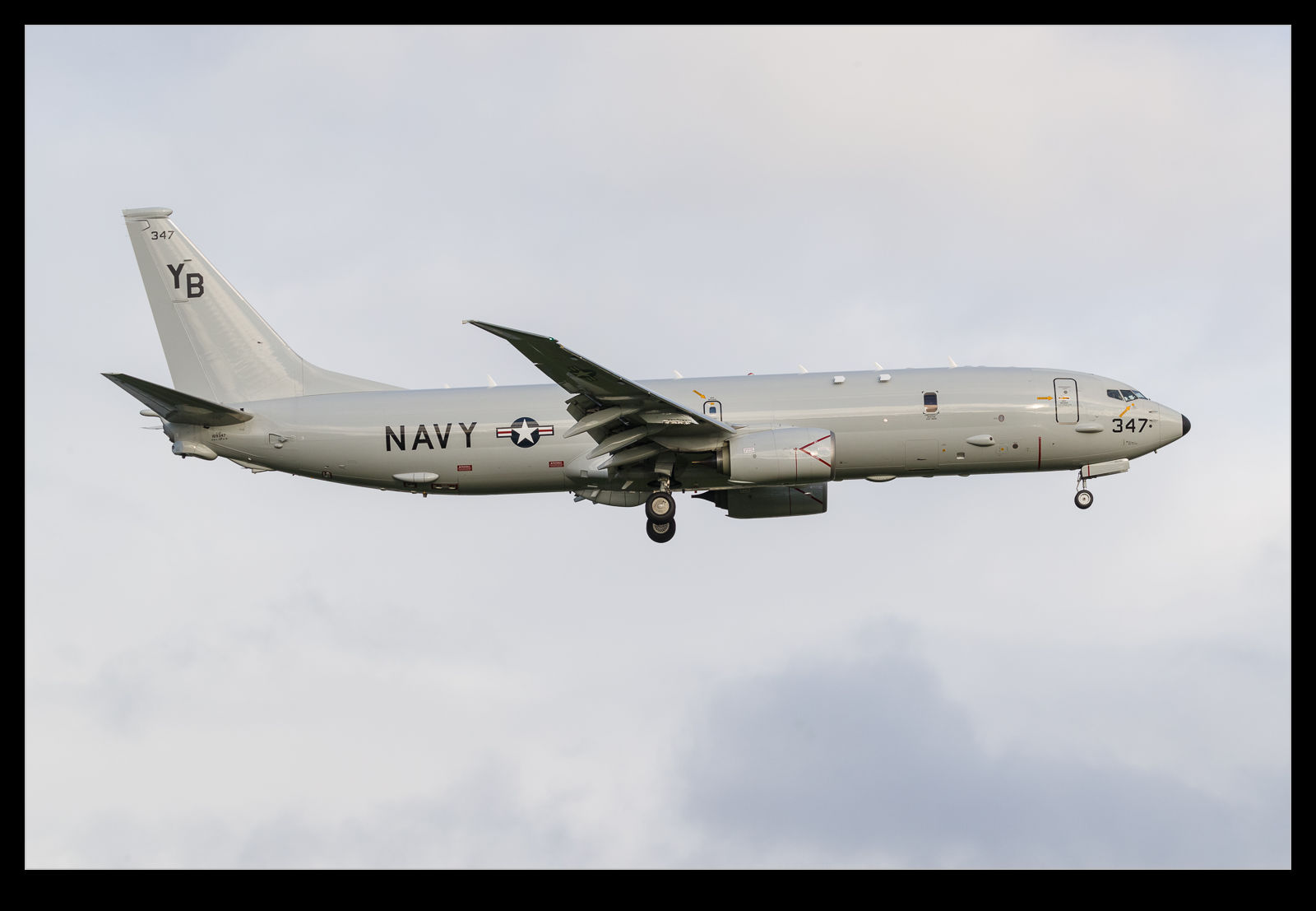 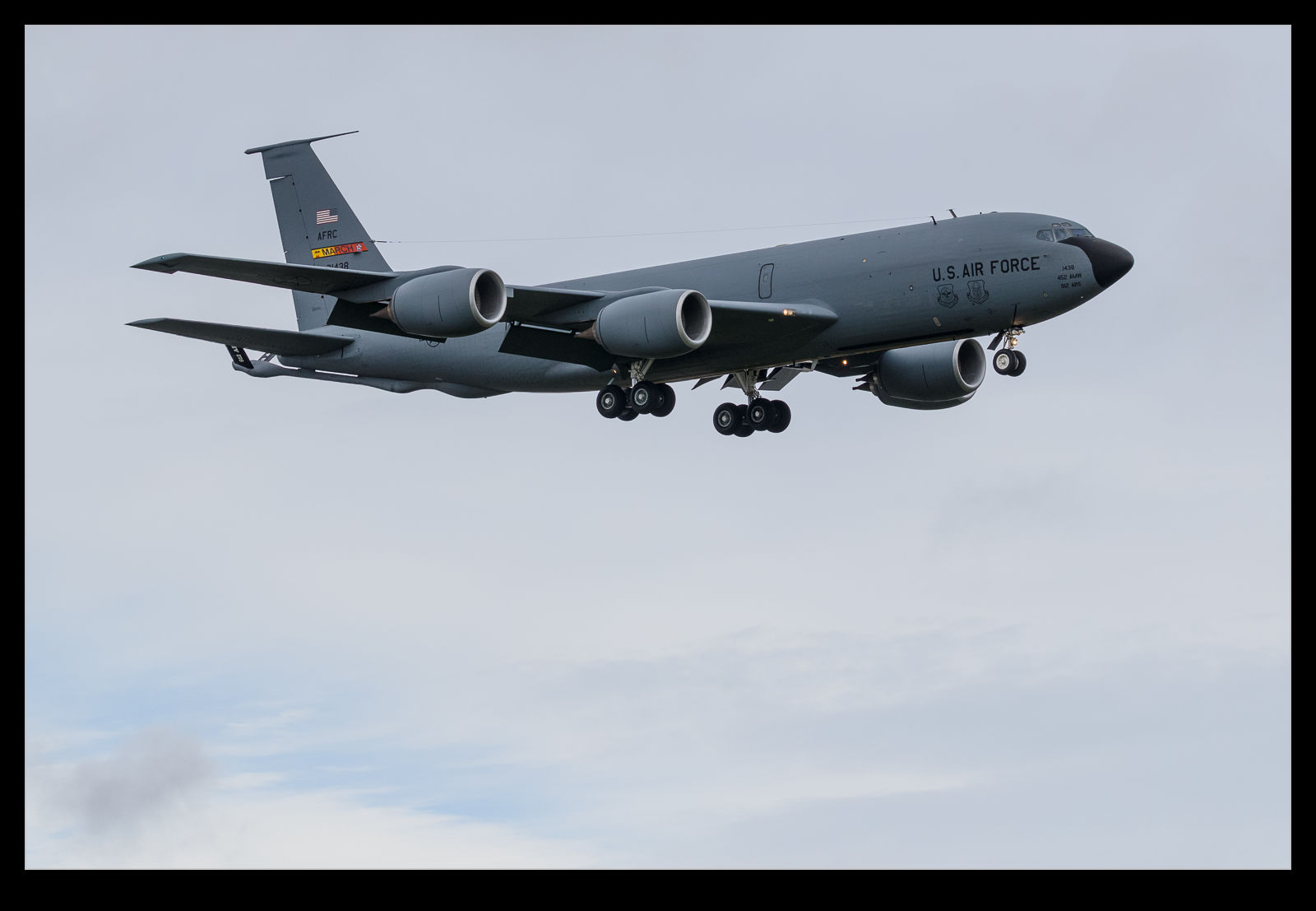