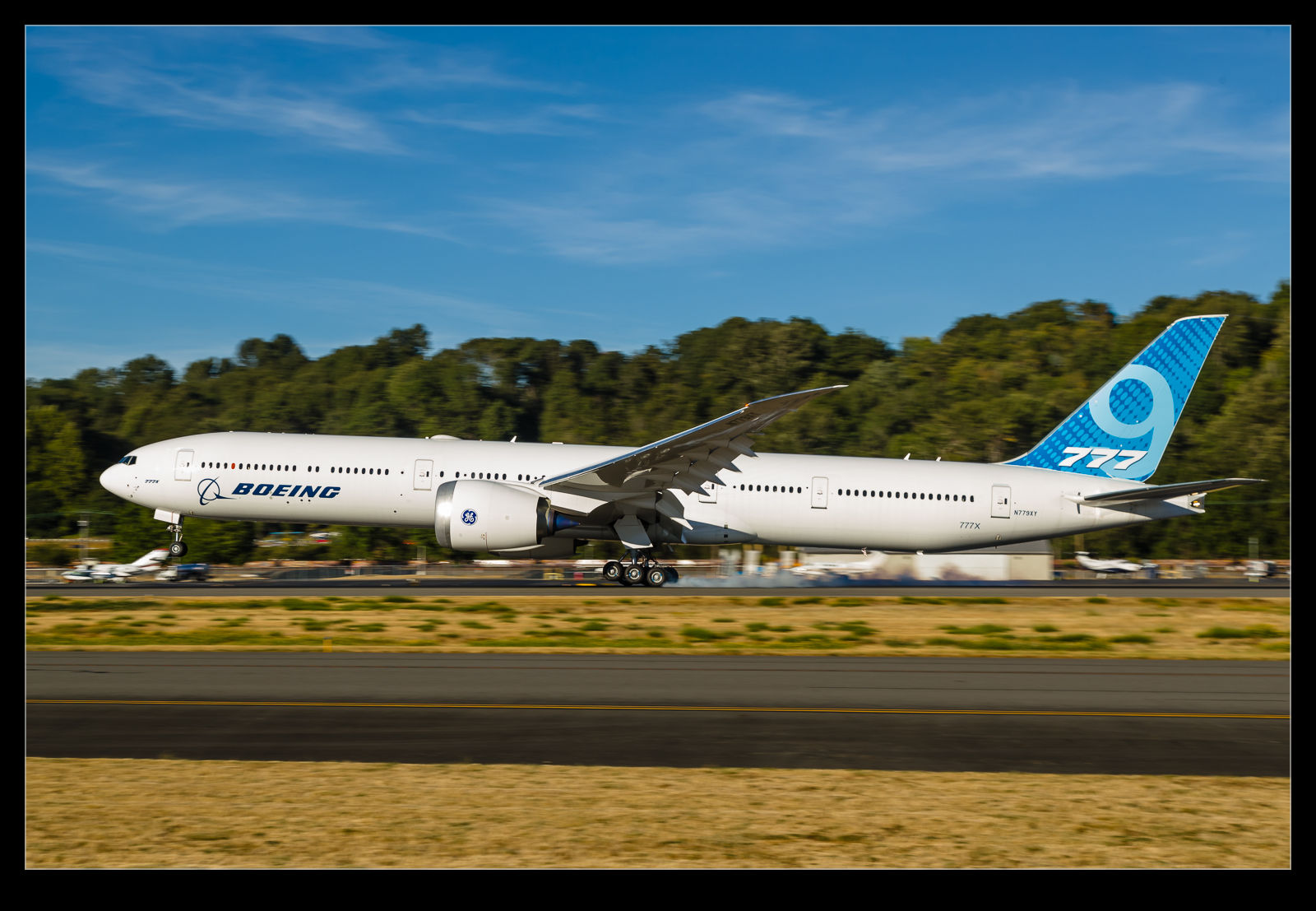 Of the four 777X test aircraft, one had eluded me.  I had shot the third jet on the ground but never in motion.  Supposedly it is the performance test aircraft so the suggestion was that it was being preserved until a lot of configuration work had been done to make sure the engines were in peak shape prior to measuring fuel consumption. Recently I heard that it had been making a bunch of flights.  The good news was that these flights – lots of straight line flying out over the Pacific – were quite long and they usually landed in the early evening.  A trip after work was on the cards. 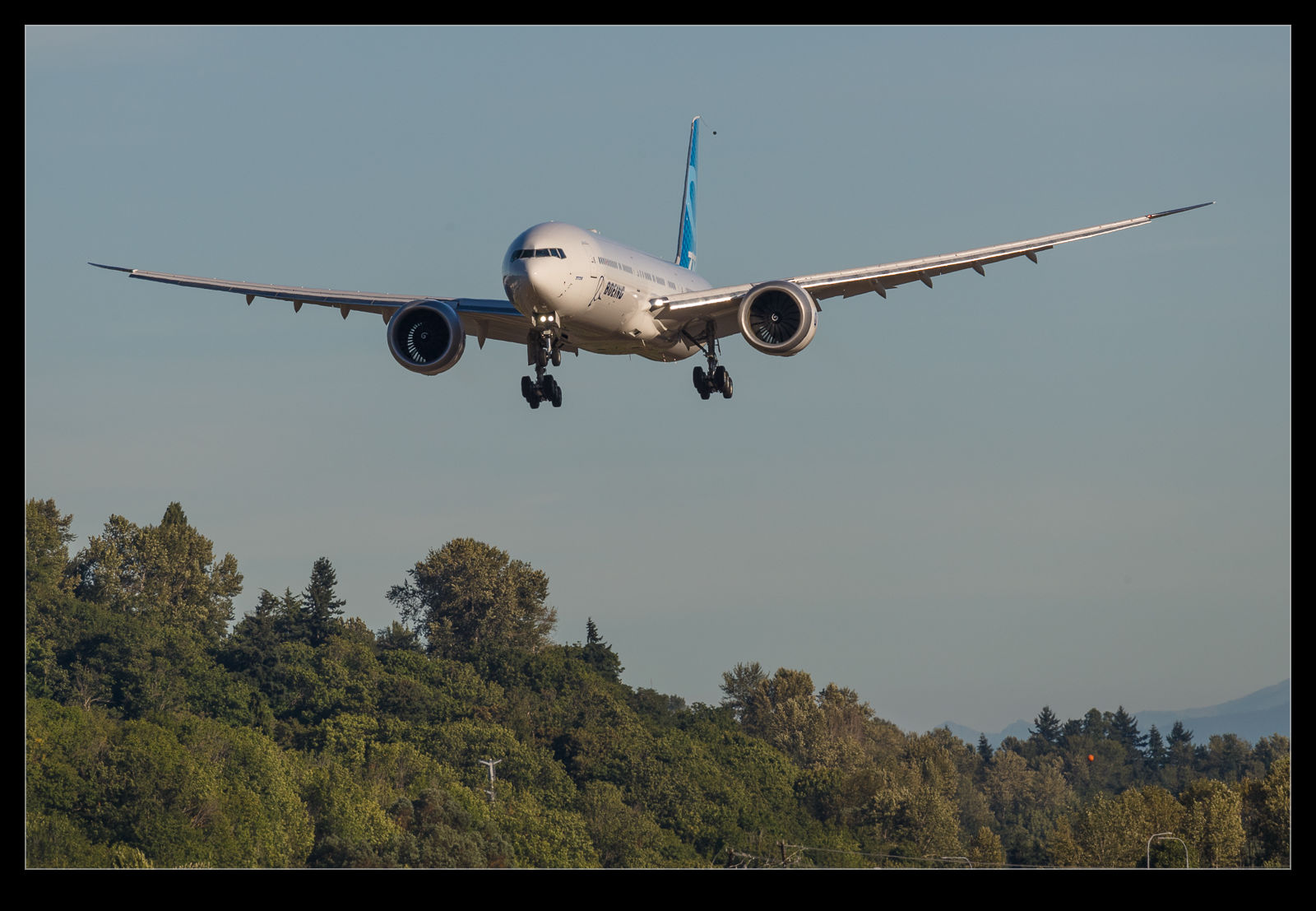 The problem with this timing is that is clashes with dinner.  Fortunately, I have a wife that is tolerant of my interest (although I think it would be wrong to say she understands my obsession!).  Nancy was willing to delay dinner until it came back (and I could then get home).  With test flying, there are no guarantees about timing so I would watch the jet head back up the coast only to turn around and go for another run south. 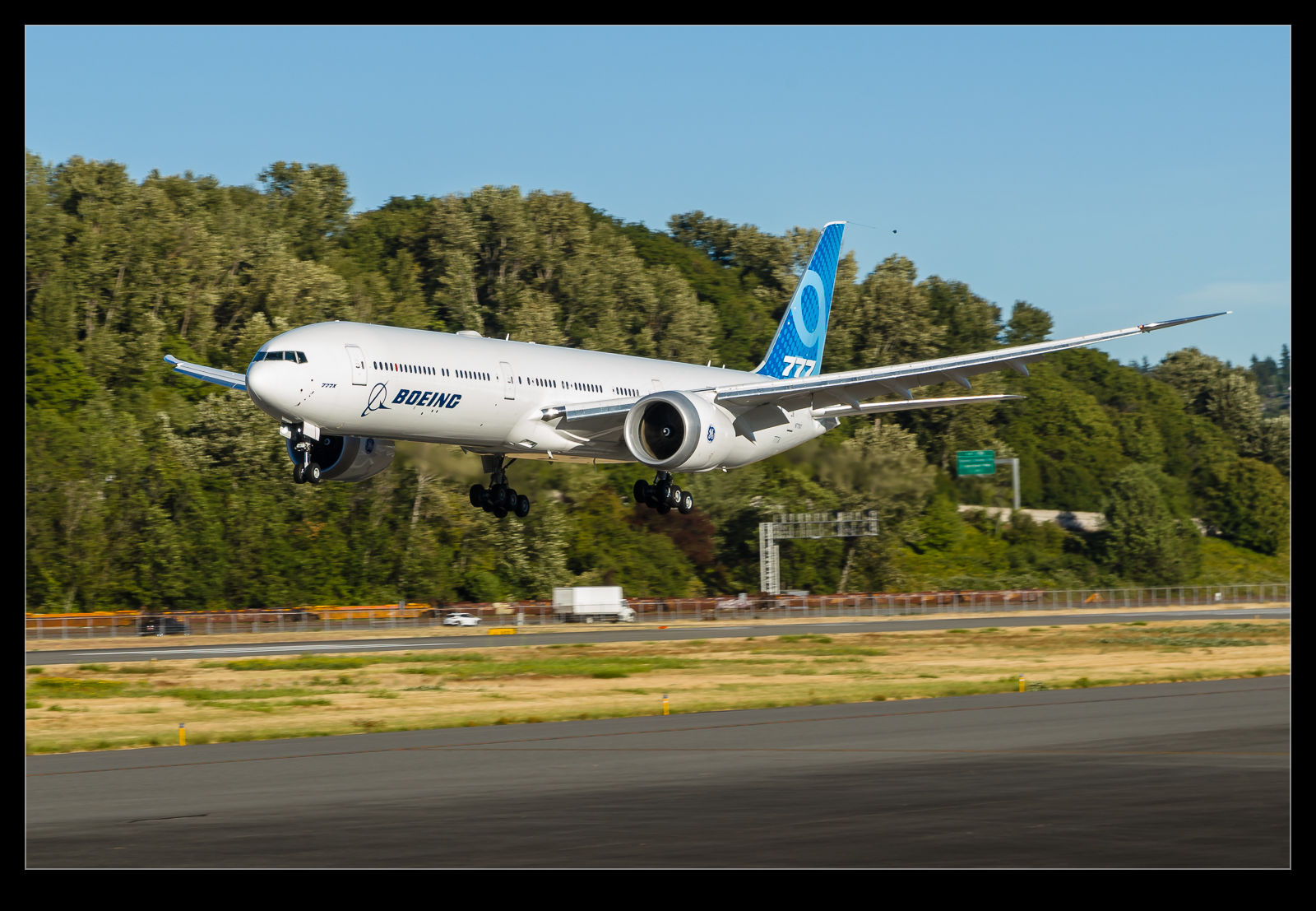 Fortunately, it finally turned back towards Seattle and it was pretty certain it was coming back.  The benefit of this waiting is that the light is getting better and better.  The downside of shooting the 777X is the size means the long lens is too much for the touchdown area.  The wide lens doesn’t do well for the rest of the approach though.  Two cameras was the answer.  I thought I had one set up right but it turns out I had messed up something with the result that the shots were rather overexposed.  Fortunately, RAW came to the rescue and I was able to get the shots back to what I wanted.  Now I have them all in flight.