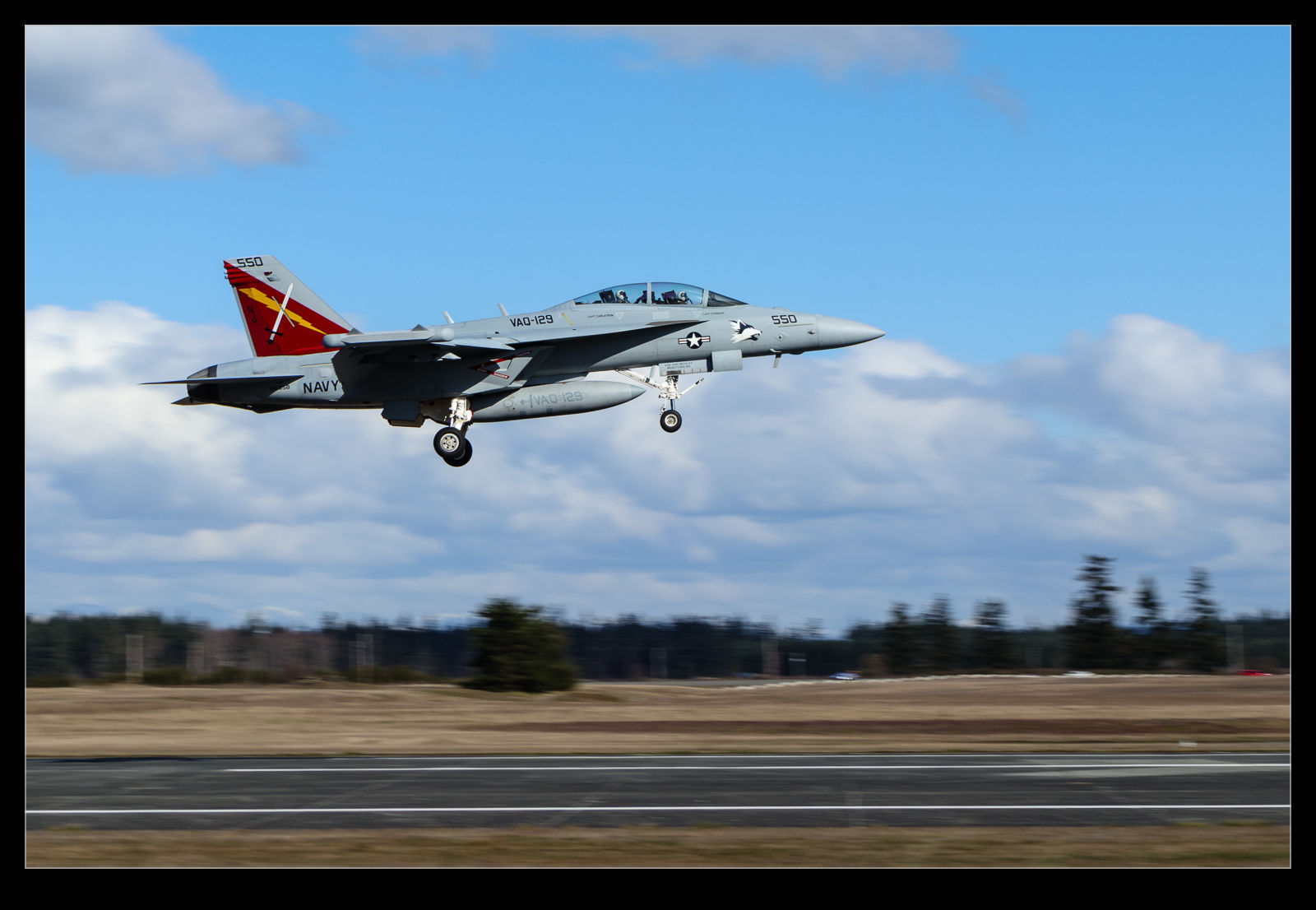 Naval aviators have to practice the art of landing on a carrier a lot.  Before they ever go to the boat, they undertake a lot of field carrier landing practice.  This involves flying the carrier pattern to a runway as if it was the boat.  The outline of the deck landing area is painted on the runway, the lighting is replicated and the guidance calls are provided by crews alongside the runway just as if they were at sea.  The crews fly around the pattern and thump onto the runway just like it was the deck and then apply power just like they would if they were aiming for a wire. 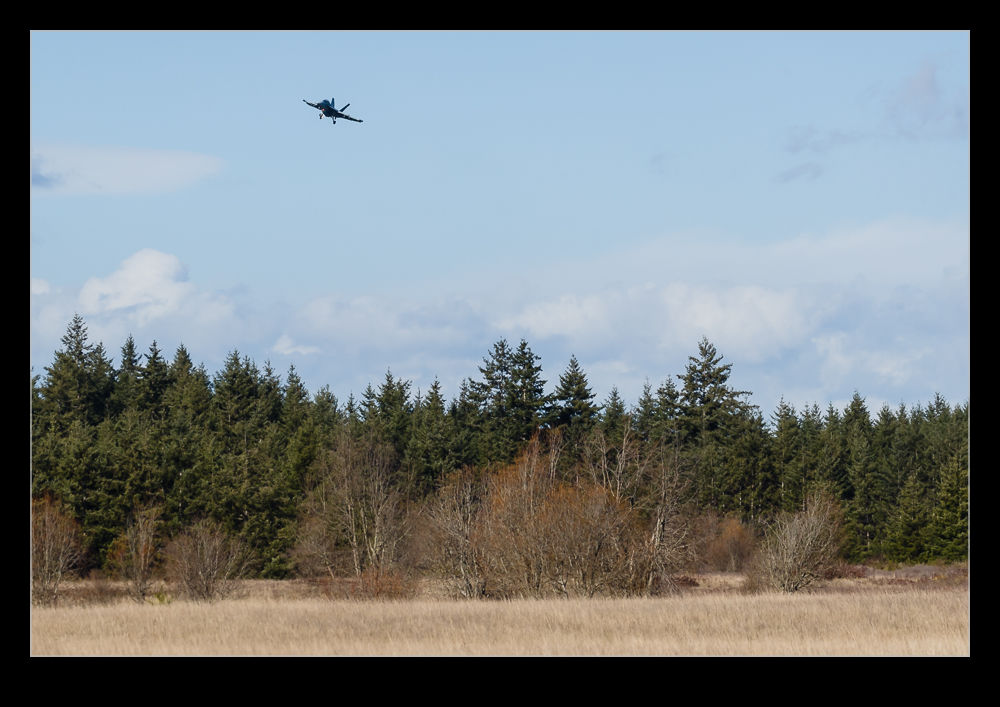 Of course, there is no wire so they power up and fly away to repeat again.  The goal is to be as practiced with the whole procedure as possible before they ever go to sea.  Naturally, there is still a difference dealing with a static runway in a field as opposed to a moving ship in open sea.  Still, it is the way to prepare.  Naval air stations tend to have separate fields away from the main base at which this training can take place.  They are away from the normal base flying and allow this training to take place uninterrupted. 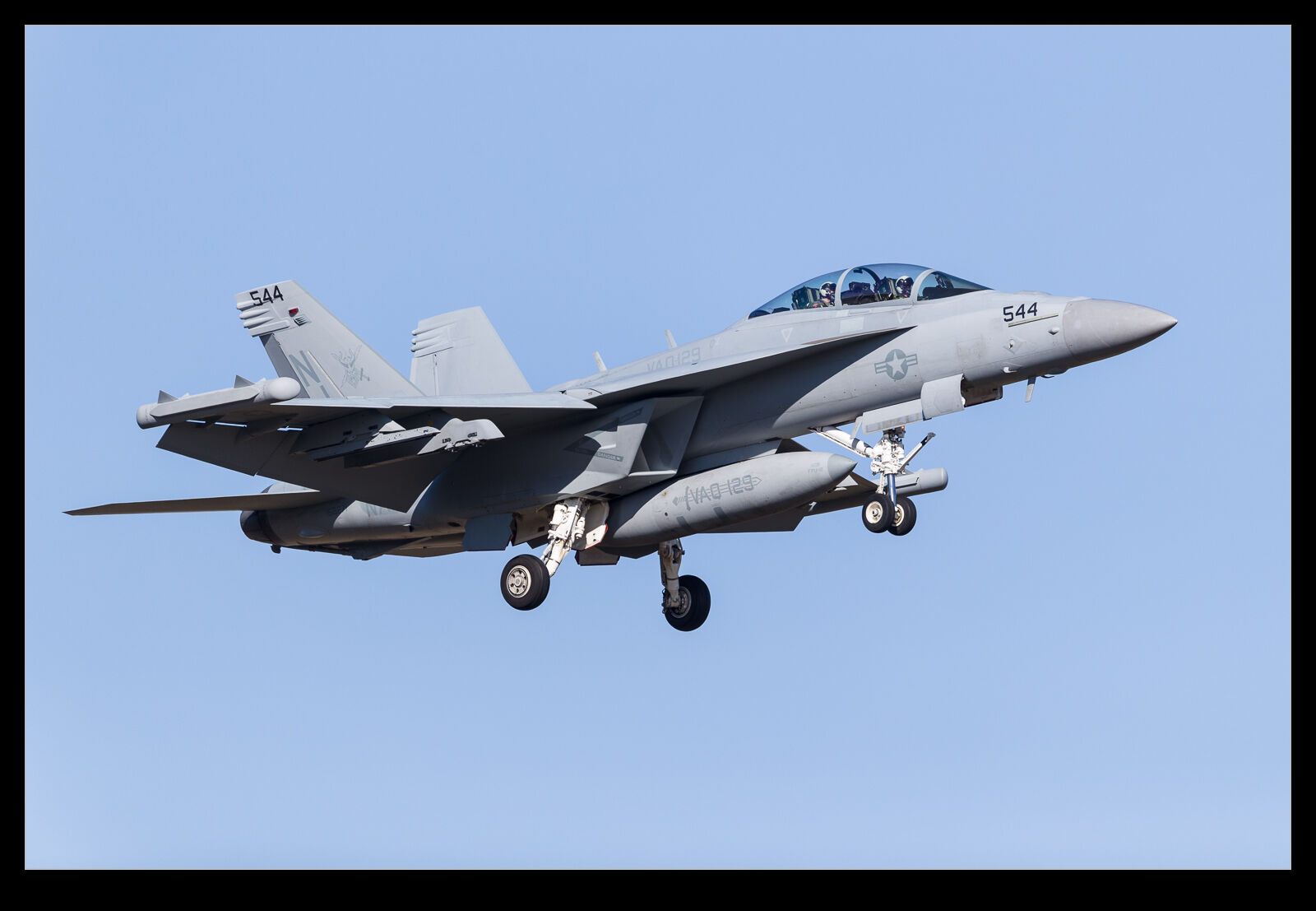 NAS Whidbey Island has its outlying field at Coupeville.  They announce when flying training will take place there in order to keep the local community aware of the potential noise.  Usually there is little chance for me to go because of work but it turned out that one of the flying days was scheduled to have good weather and I should be able to take time off.  Not only was the weather due to be good but the wind was in a direction that meant they would be flying to the end of the runway that is more accessible.  I planned to be there. 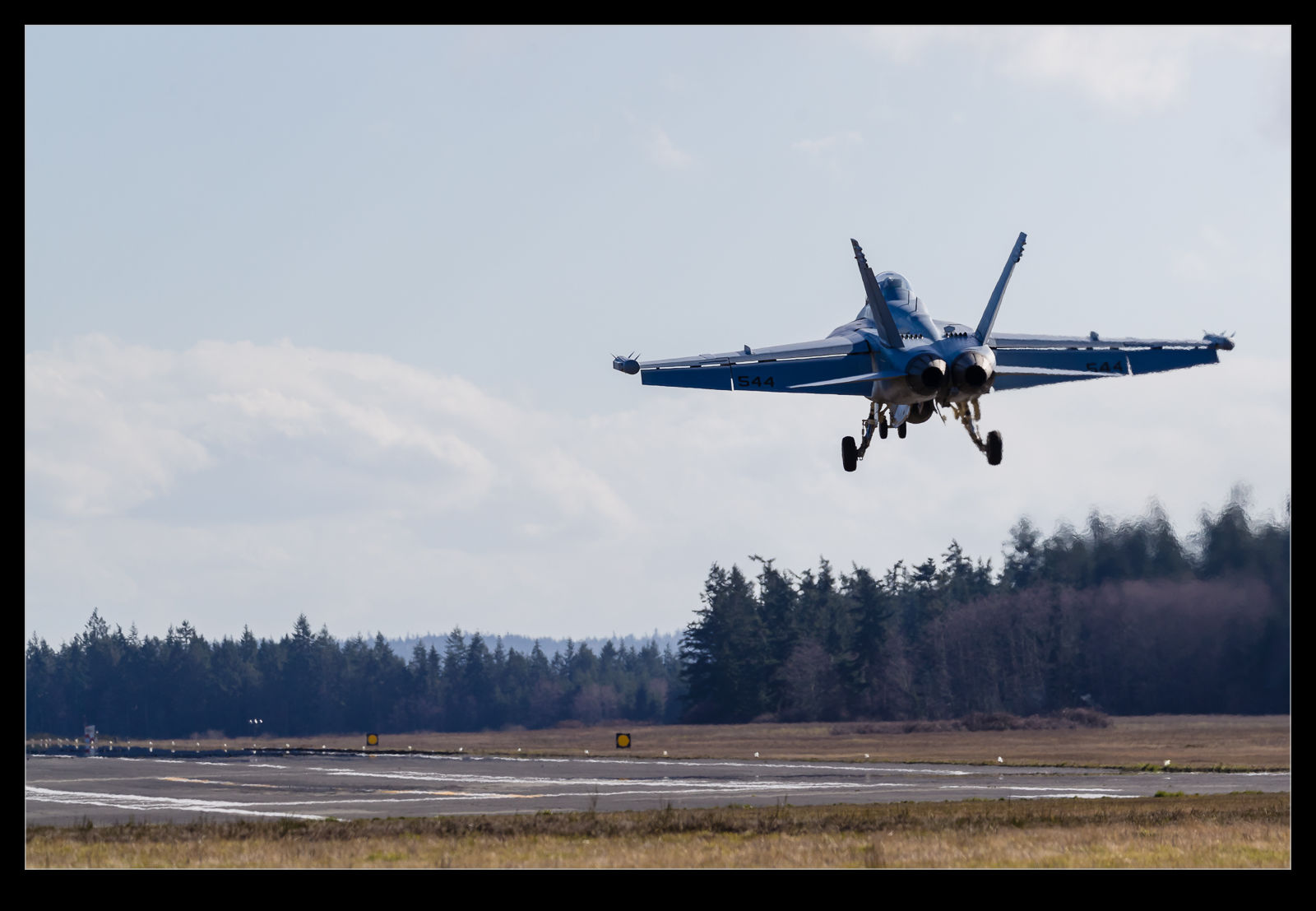 As it happened, something came up at work and I had to go to Seattle before I could leave.  Consequently, I was behind schedule.  I eventually managed to get on my way and I got to Mukilteo just in time to catch a ferry.  Once on the island, I headed up to Coupeville and, sure enough, as I got closer, I could see Growlers flying patterns.  I got to the field and parked up away from the road.  I walked back, all the time hearing jets flying around.  Then I was in position to get some shots. 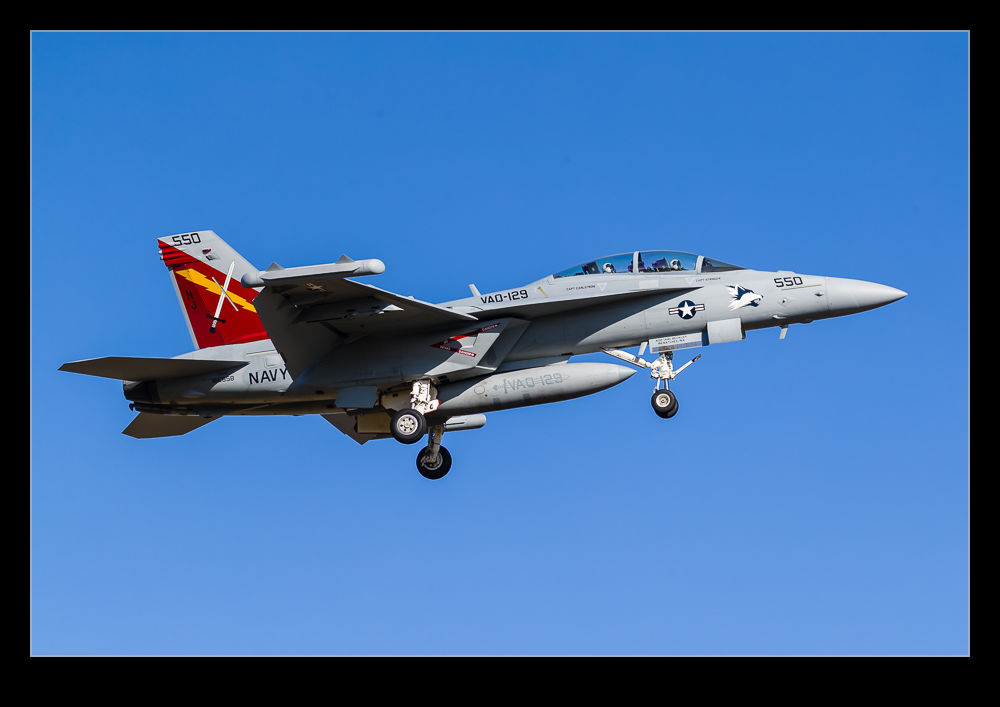 I kept moving so I could get closer to the touchdown point but the flying stopped as I got closer.  Then they packed up operations.  They were done, at least until the evening.  If I had missed the boat, I would have missed the whole thing!