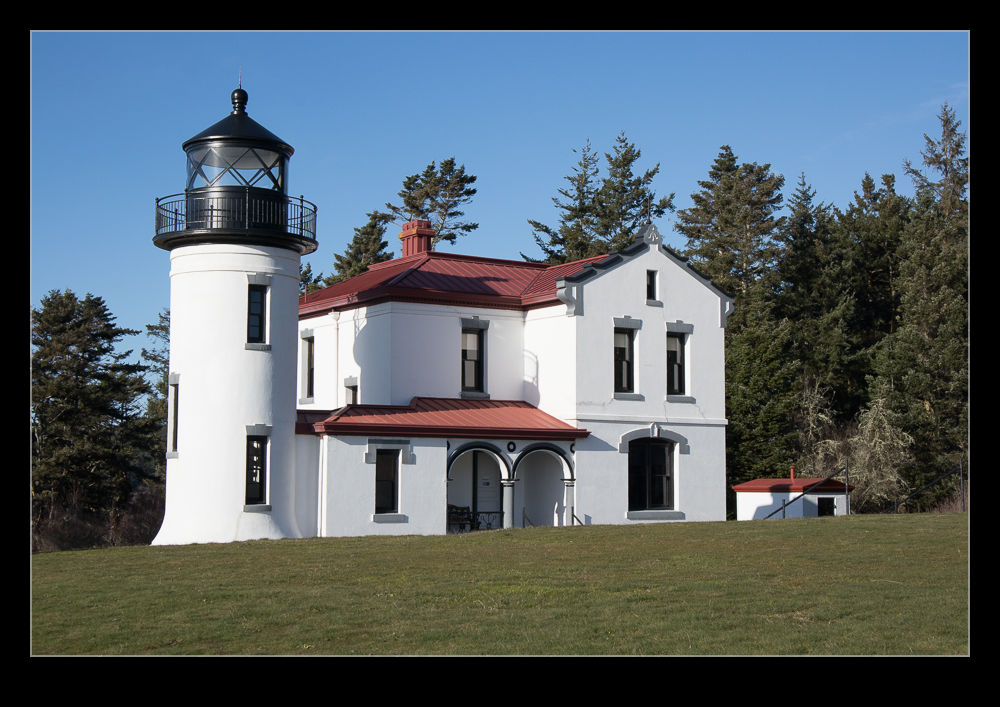 My trip to Whidbey Island meant I had a fair bit of spare time to work with.  I was chatting with a guy while I was there and he suggested a trip to Fort Casey.  It was barely five minutes from where I was and it was a sunny day so why not.  Fort Casey is one of the forts that were built to protect the Puget Sound area from possible invasion.  Not only was it a fort but it also has a lighthouse.  When I first got there, the lighthouse was off in the distance but, after a little exploration, I headed over to see it. 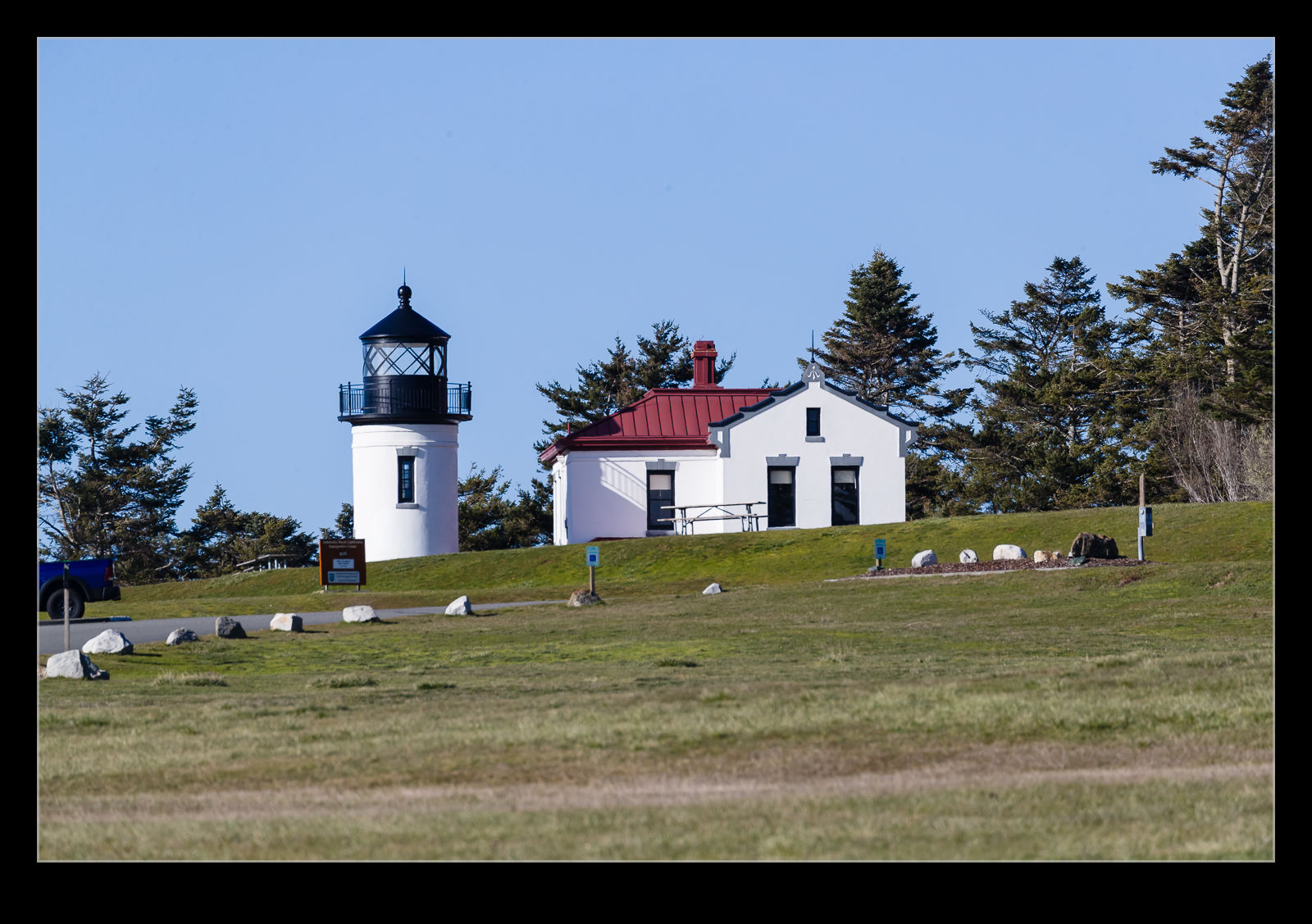 As with a lot of lighthouses in this part of the world, it is not terribly large.  It doesn’t have to shine too far since there are islands all over the place blocking the line of sight so no need for it to be too high.  Still, it is well maintained and comes in standard lighthouse white! 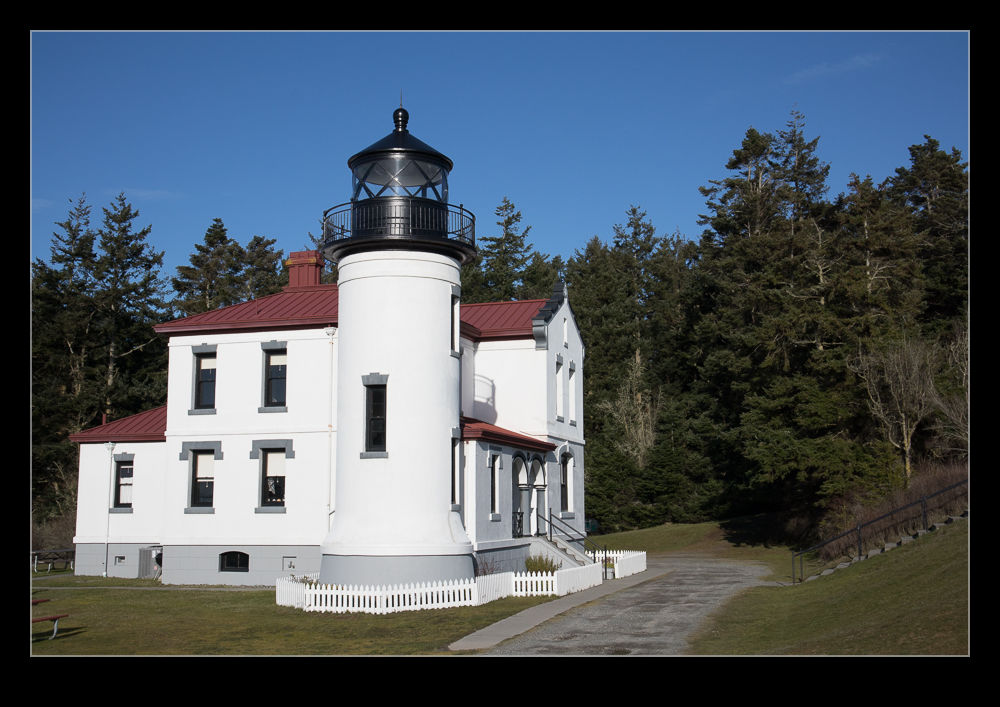