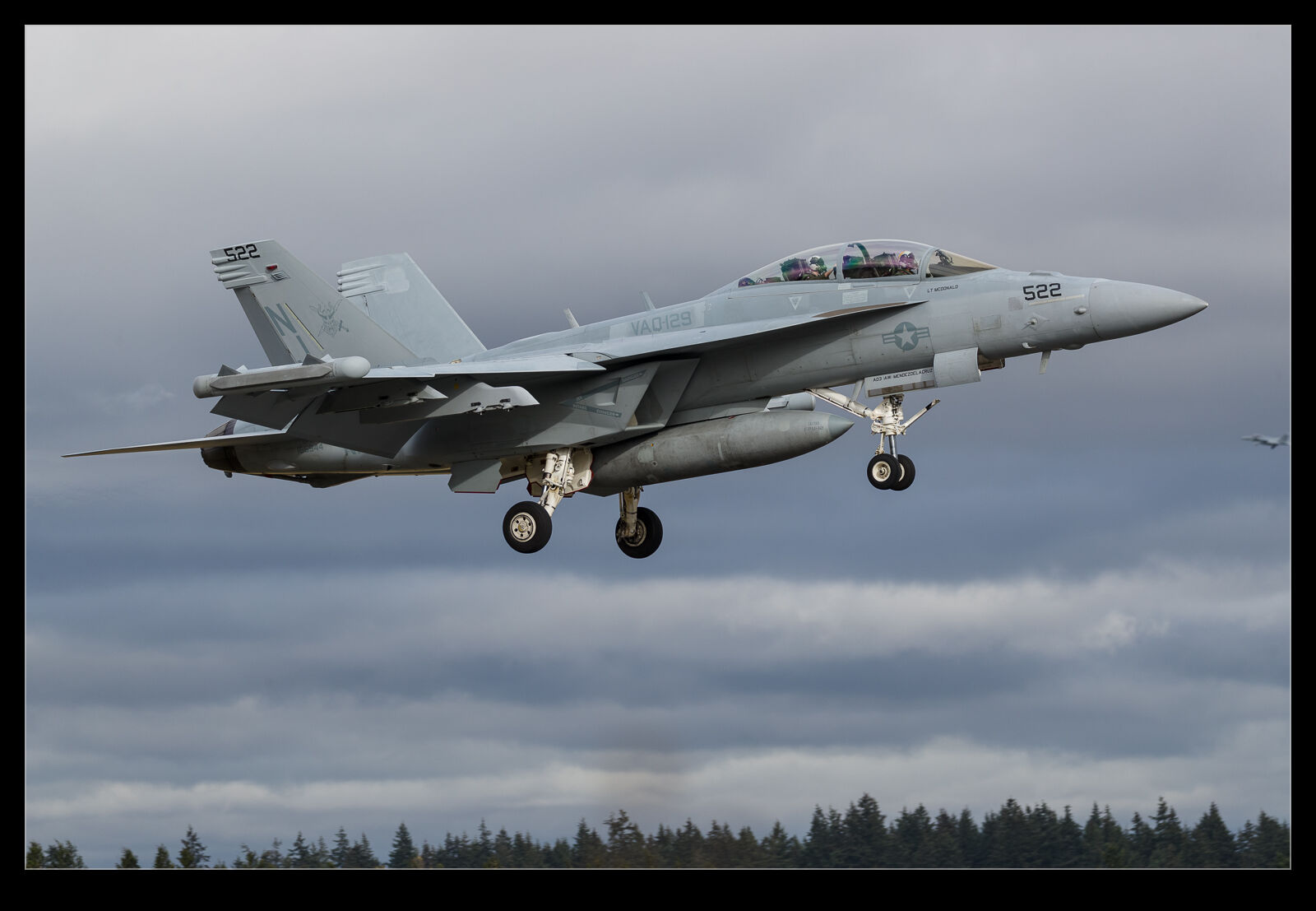 NOLF Coupeville was scheduled for FCLP training and strong winds from the Southeast were forecast which suggested the right runway would be in use.  I also had a day off scheduled.  While the rest of the weather was potentially not ideal, I figured I would make the trip.  Why. Not?  They were due to be flying from late morning but, as seems to be usual, it was just after noon by the time things started to look active. 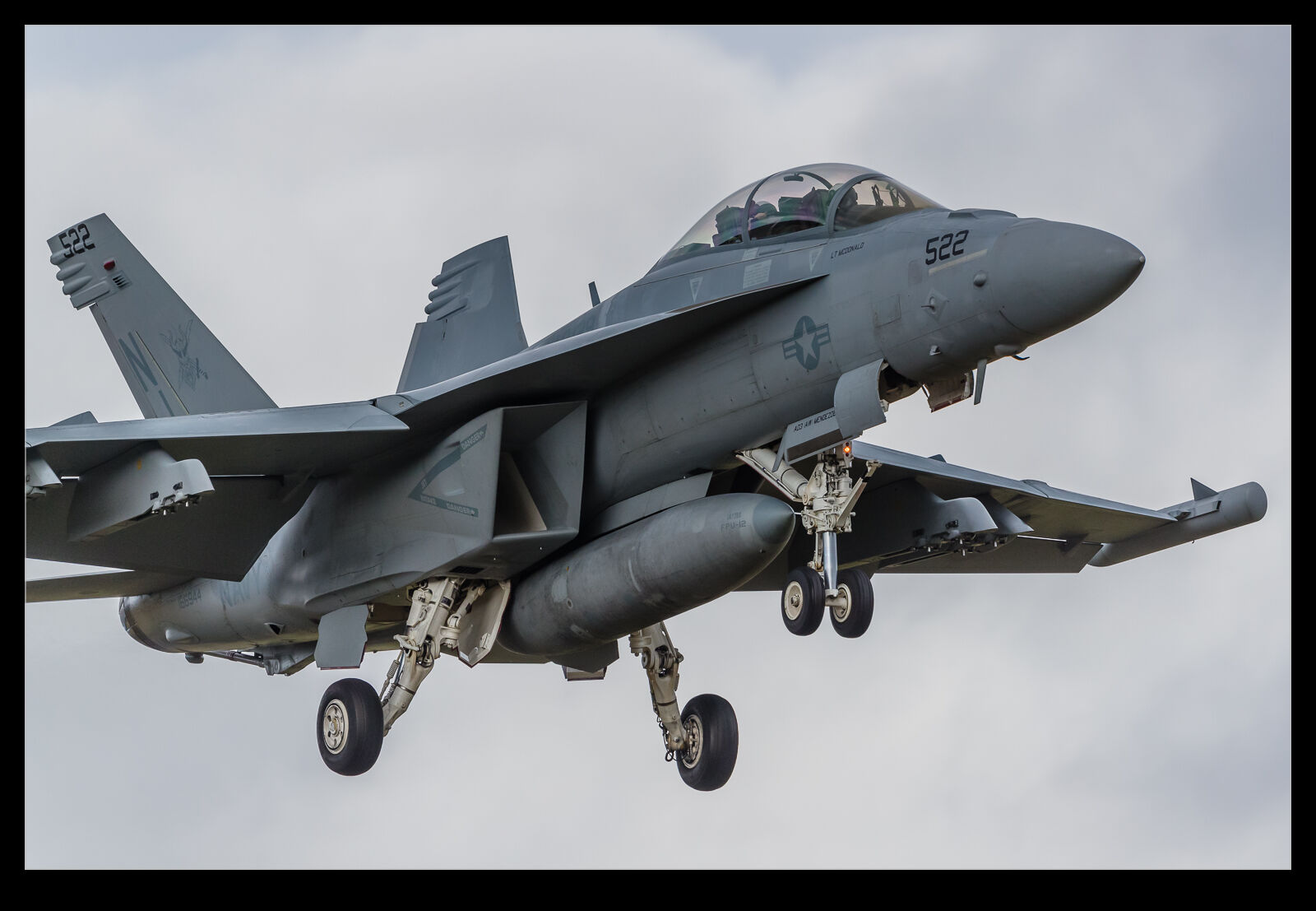 I was worried about the low cloud base but it was actually not a problem.  The wind was really strong gusting 20-30 kts.  This was giving them some interesting flying.  Early on, there was a hint of sun sometimes which really helped the photos.  As they climbed out after each touchdown, the skies behind made from interesting backgrounds and showed off the heat haze from the exhausts as well as the streaming tip vortices courtesy of the damp conditions. 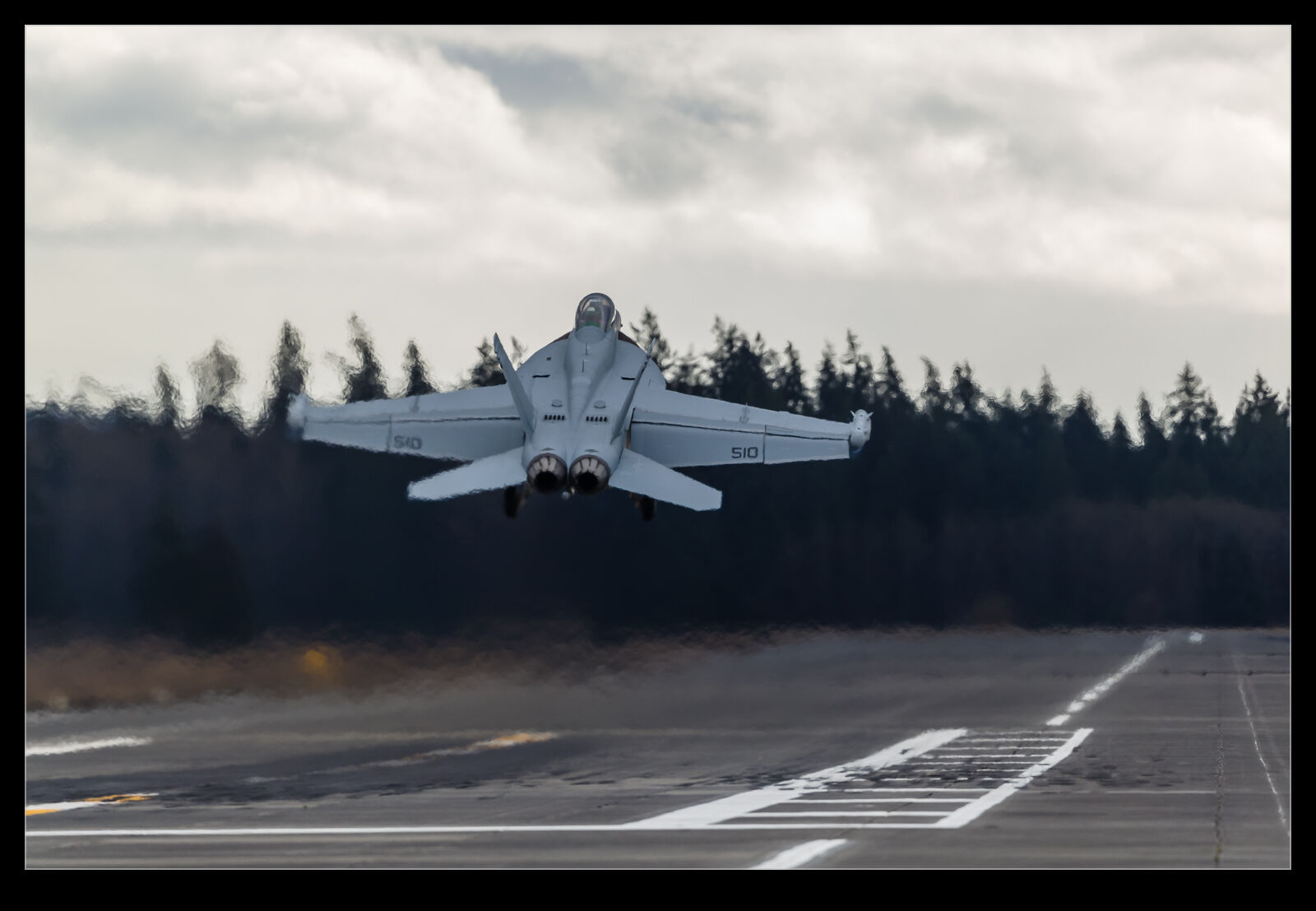 After a while, I got a visit from the Navy Police.  The young lad informed me I wasn’t allowed to photograph the jets. I pointed out I could be he was most insistent that I couldn’t.  Rather than have trouble I decided the stop shooting.  As it happened, the conditions got a bit worse anyway so I had got the best of what was on offer.  I just watched the rest of the flying which included quite a few bolsters and some sketchy touchdowns as the wind got stronger. 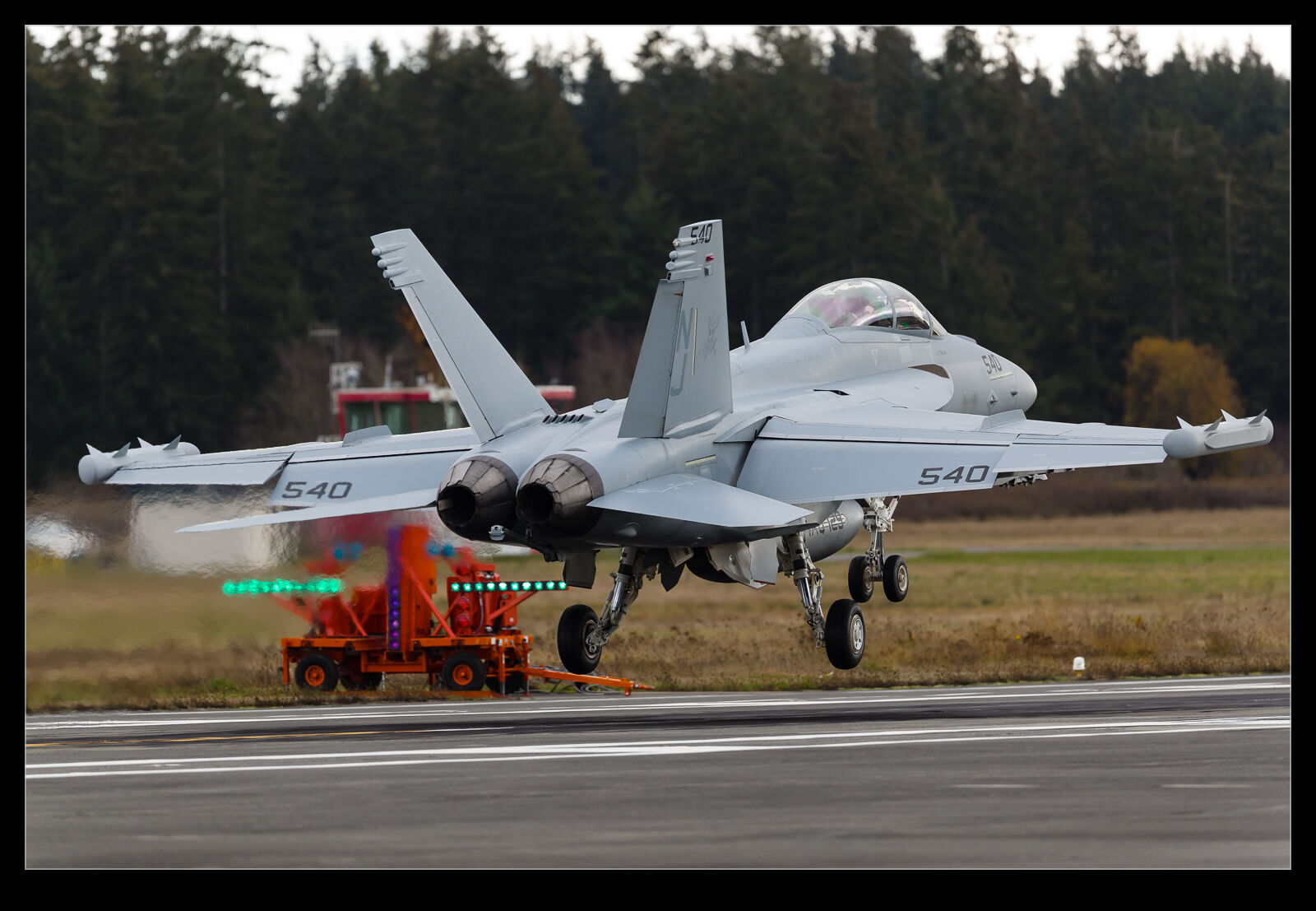 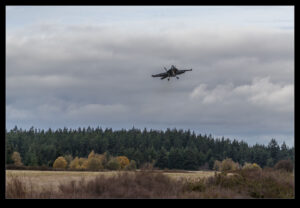 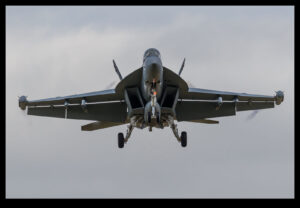 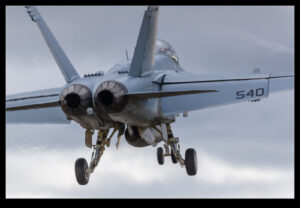 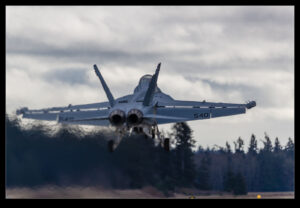 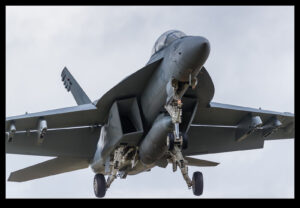 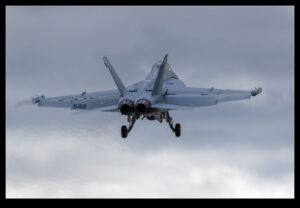 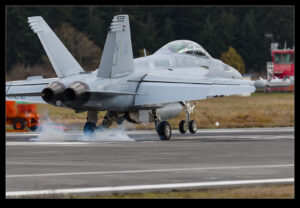 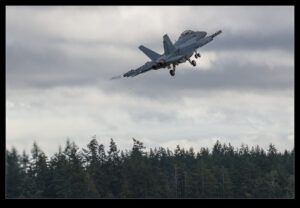 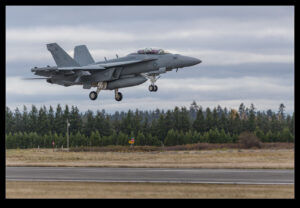 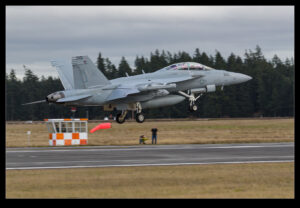 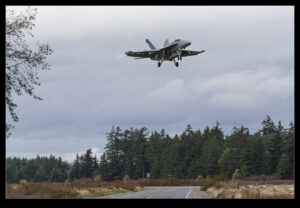 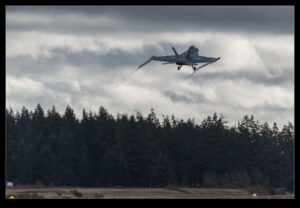 1 thought on “Back to Coupeville for a Day Off”