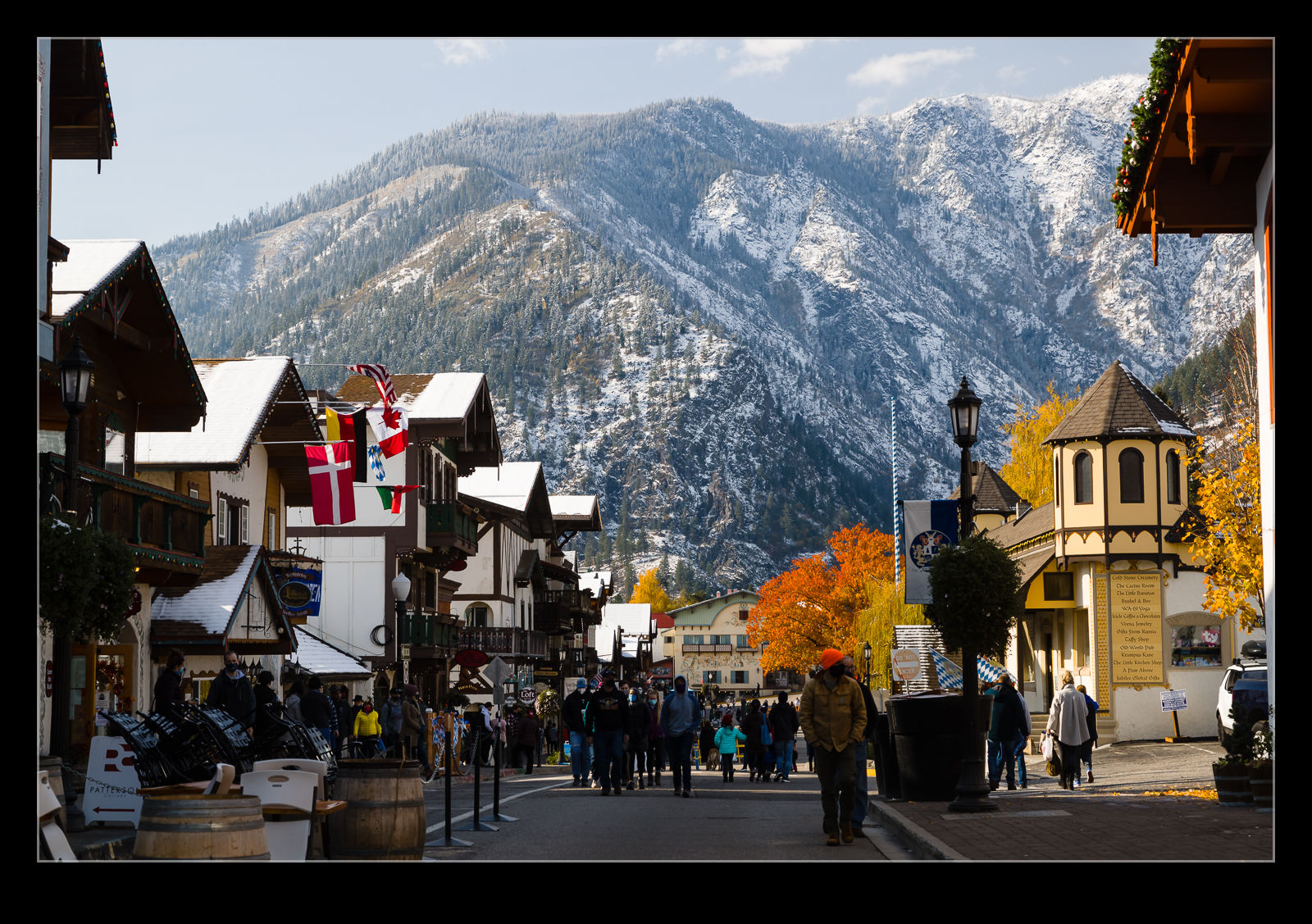 Our trip took us onward to Leavenworth.  I wasn’t sure how busy the town would be given the time of year but there were plenty of people around.  The warmer environment downtown meant that some of the trees were still showing their color.  While people were everywhere, it wasn’t so crowded which meant getting some openness in the foregrounds was possible.  Preparations were underway for the Christmas lighting so I suspect it will soon be a lot busier. 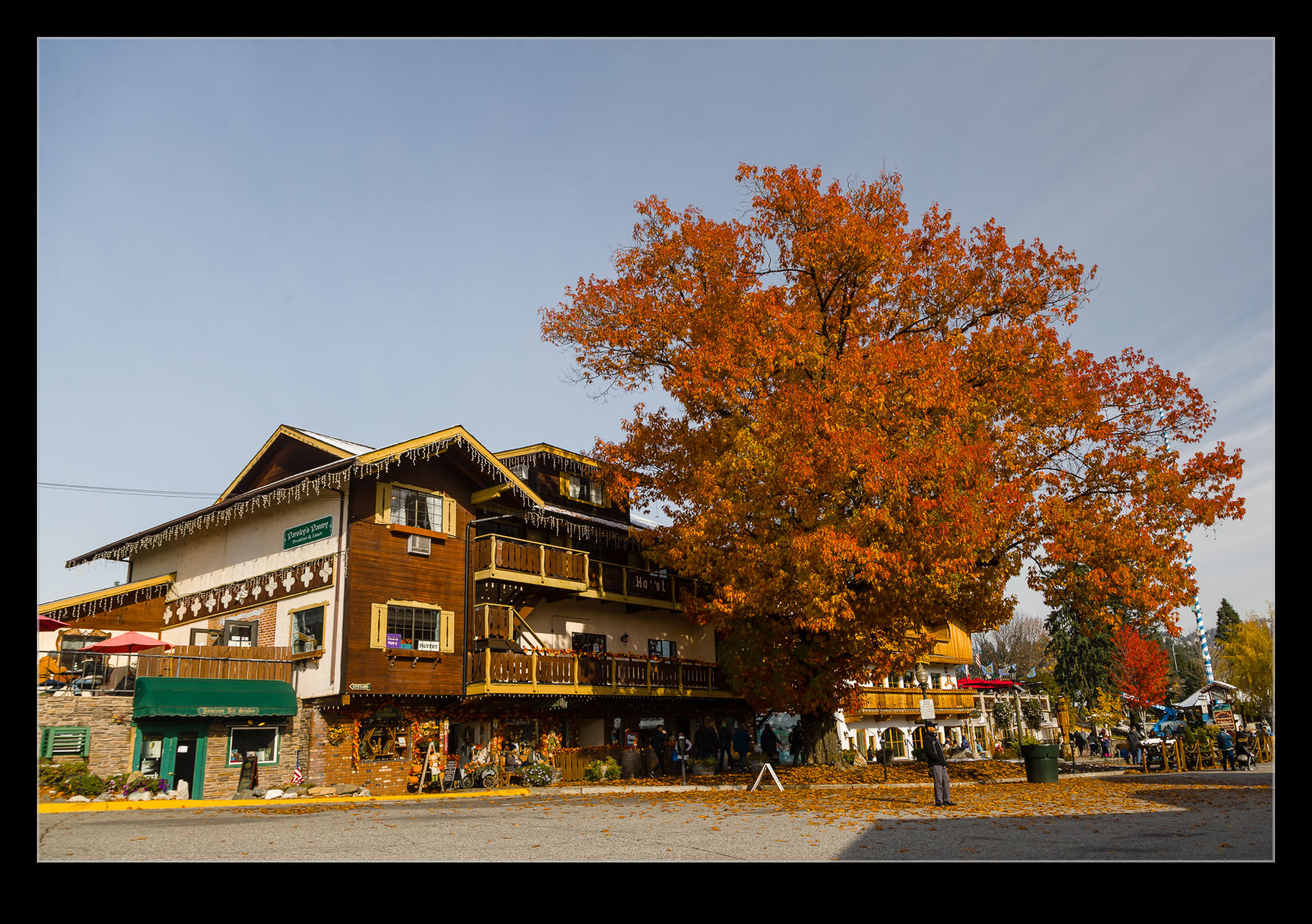 Alongside the river at one end of the town was a rather nice looking hotel.  It had a hot tub in the garden in which a couple of people were hanging out.  Given how chilly it was, they looked rather incongruous but I imagine the water temperatures meant they were very comfortable.  It looked like a nice place to stay and, if we ever decide to overnight in Leavenworth, we might consider it. 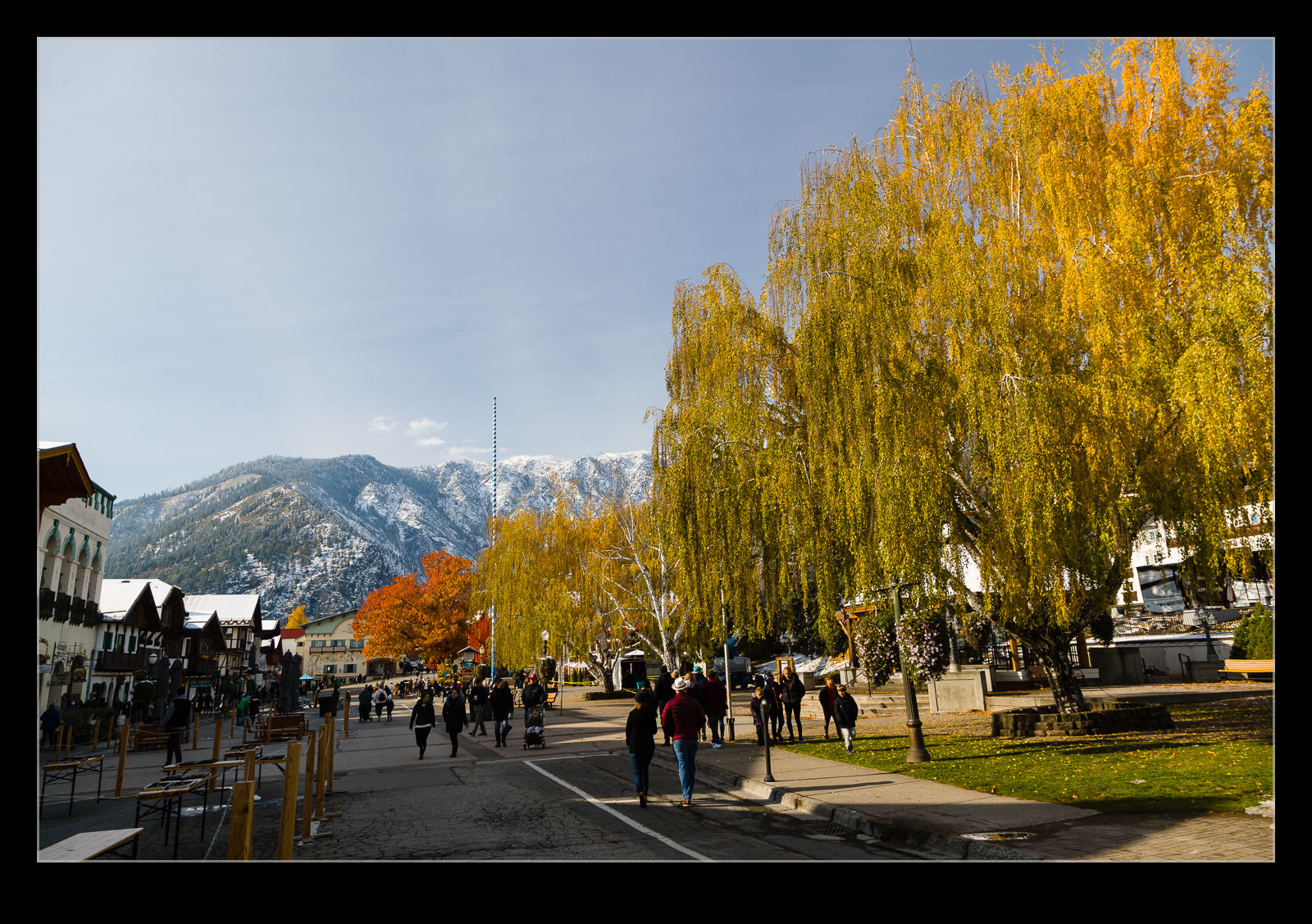 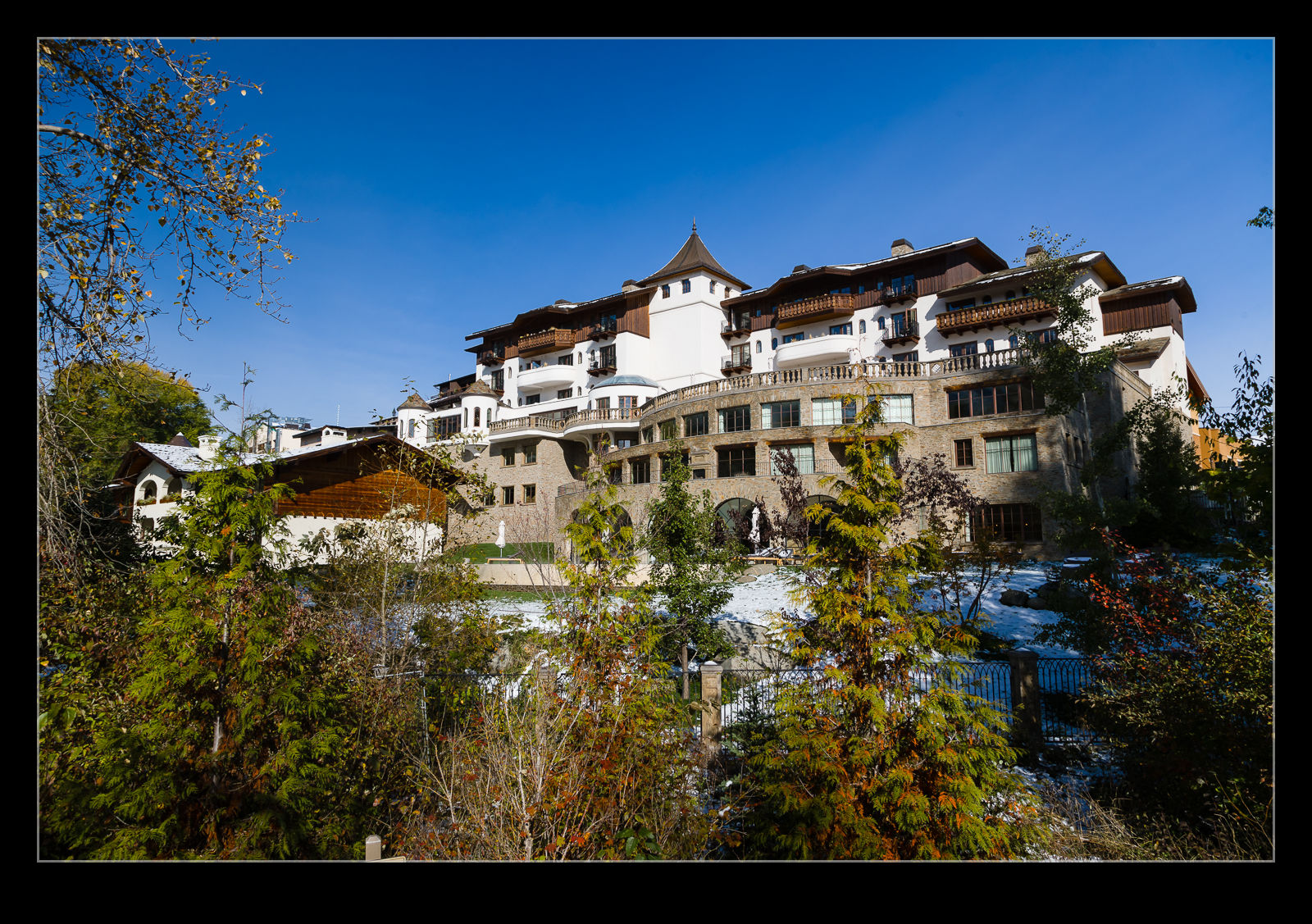