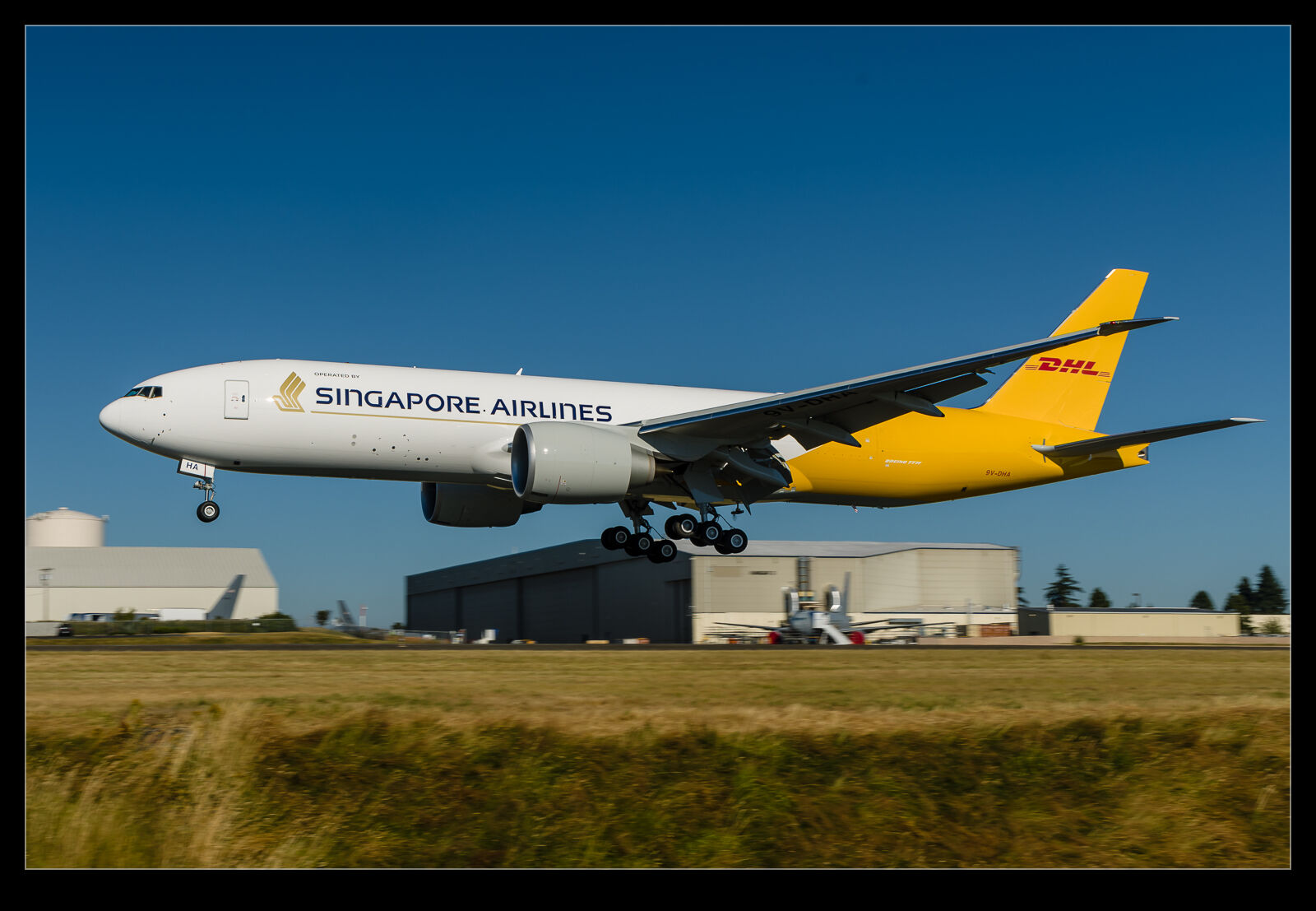 The only 777s coming out of Everett at the moment are freighters.  This can mean unusual airlines but not usually and I don’t head up there terribly often at the moment.  However, one of the jets on test recently was destined for DHL’s operations in Singapore.  Consequently, it is a hybrid of the DHL and Singapore markings.  It seemed worth a look and it helped that they had taken off mid afternoon and were due back after work. 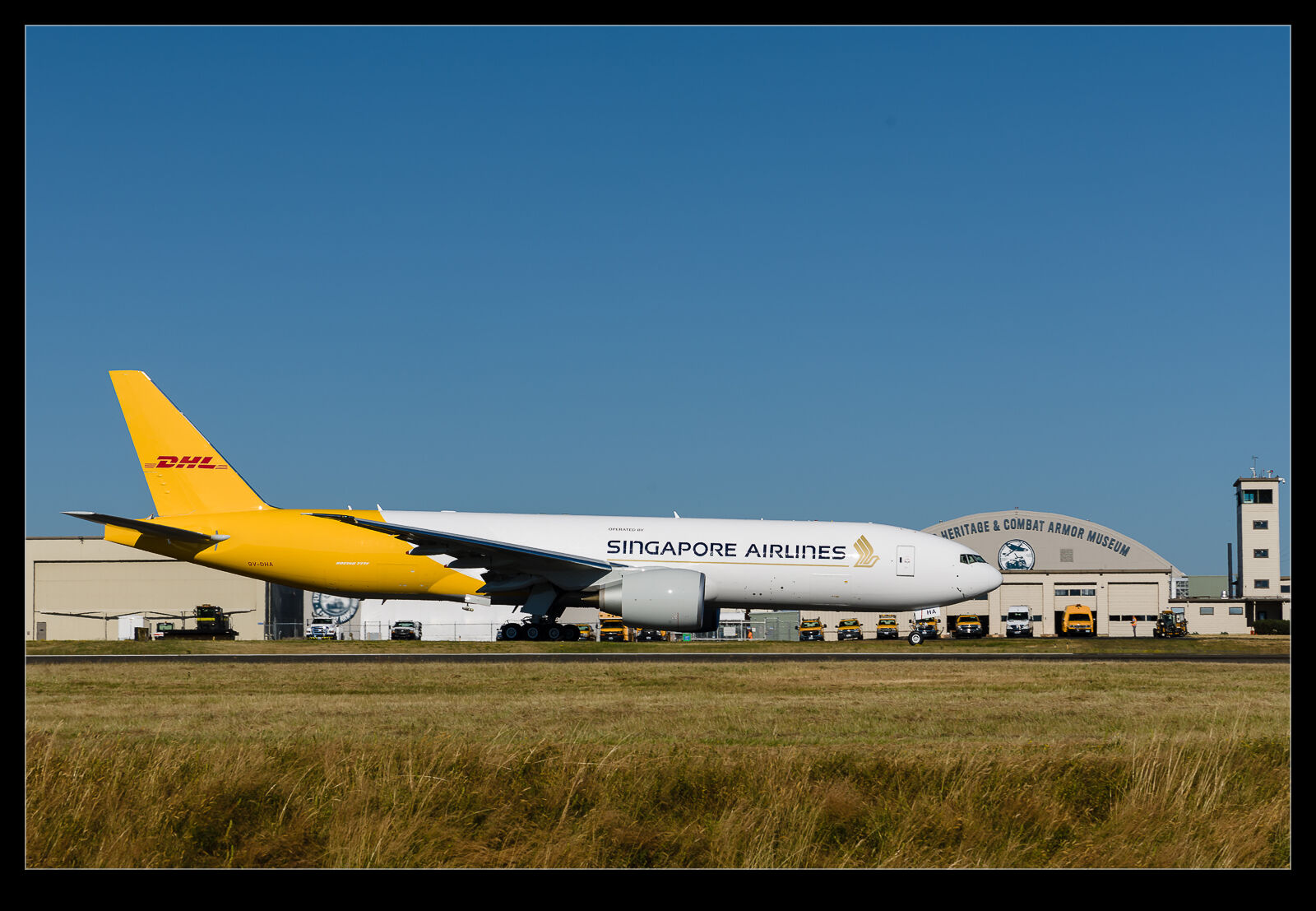 A few photographers had showed up for this arrival as was expected.  At this time of year, even early evening is not the best of the light, but it was pretty good.  They could be seen out as they set up for approach with Mount Rainier in the background.  They touched down with the sound of the RAT buzzing in the background.  I was ready to go and headed for the car, but I heard a shout from Royal and Nick that it was coming back.  Sure enough, they had taxied back to do one further acceleration and abort on the runway, so we got a second chance at some shots. 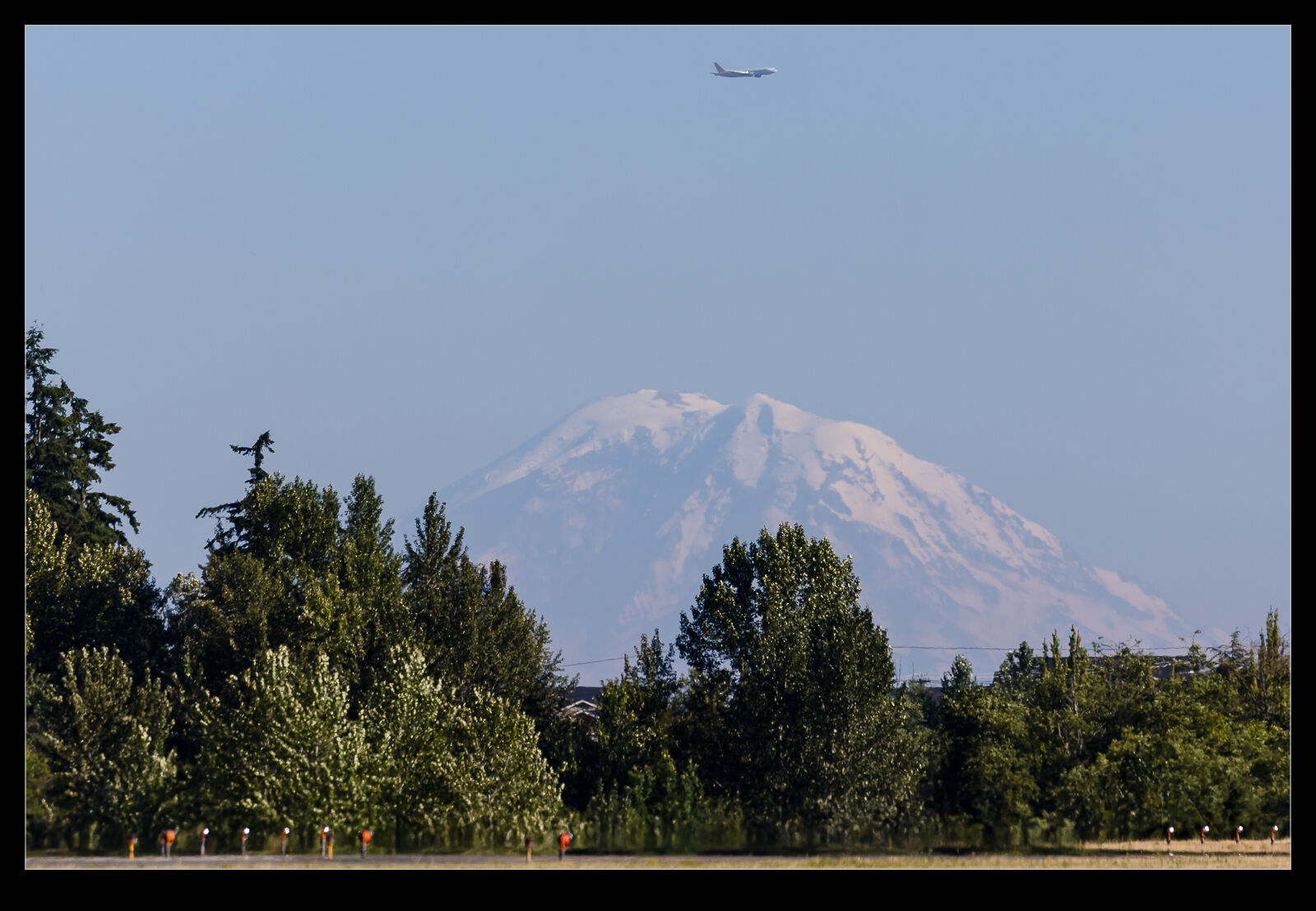 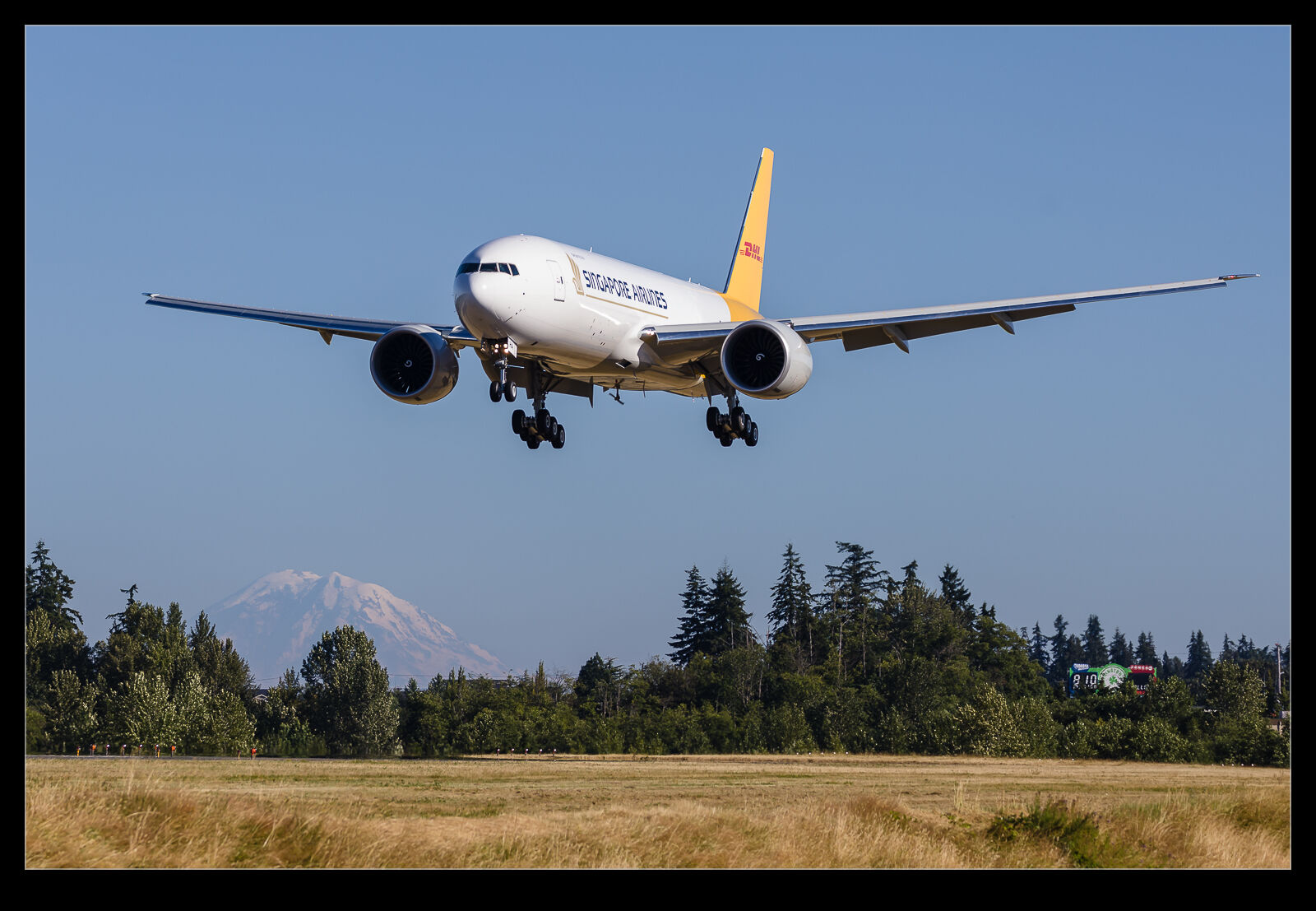