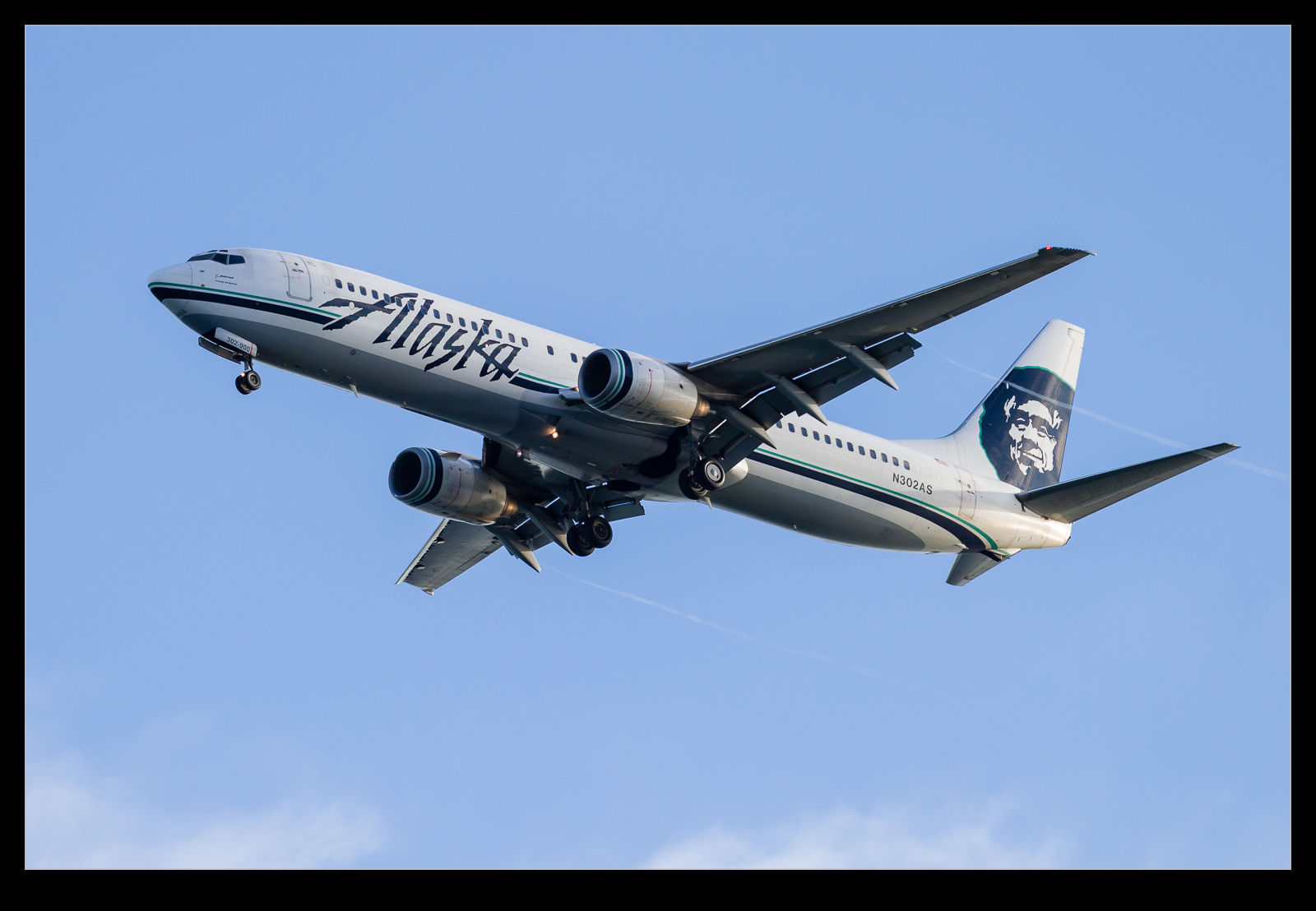 There is not a huge amount of variation in airliners these days so coming across something a little different is usually a moment of interest.  While the name Alaska Airlines might suggest an airline focused on Alaska, it is actually headquartered in Seattle and seems to have a wide range of operations all across the west coast.  Consequently, we see a lot of them in both Oakland and SFO.  They have a large fleet of 737-800s and 737-900ERs and both types have been retrofitted with the APB Scimitar winglets.  Apparently, not all of them though.  This example I saw coming by Coyote Point and it not only doesn’t have Scimitars, it doesn’t have winglets at all.  A rare beast these days.