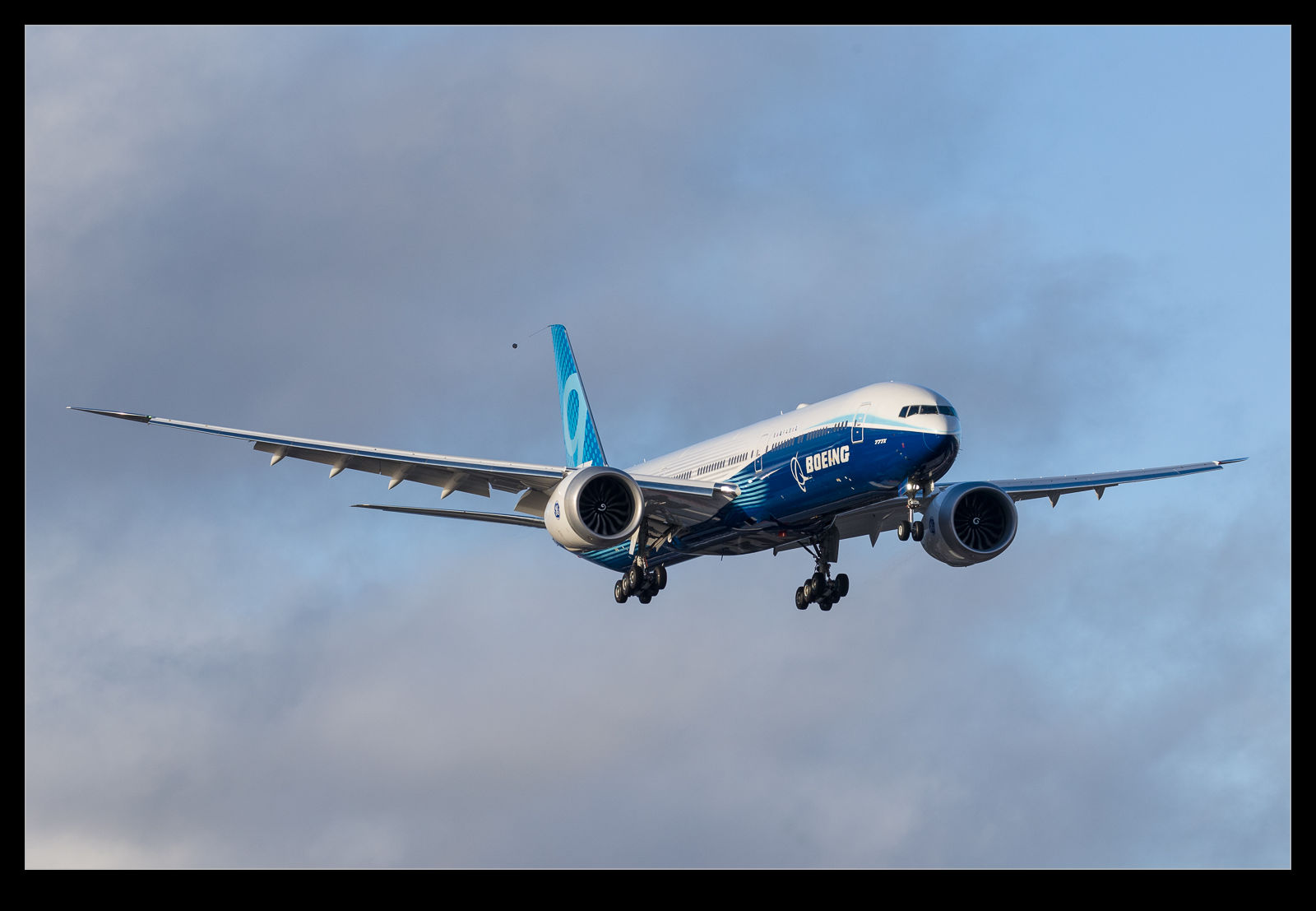 The first flight of the 777X took place while I was out of the country which annoyed me quite a bit.  Having seen the things sitting around at Everett for ages and even watched the taxi trials, I was in the wrong place when they finally got airborne.  However, with an extensive flight test program to come, I knew there would be other opportunities.  I did manage to be at Boeing Field for a departure on one of the flights.  Conditions weren’t great, though. 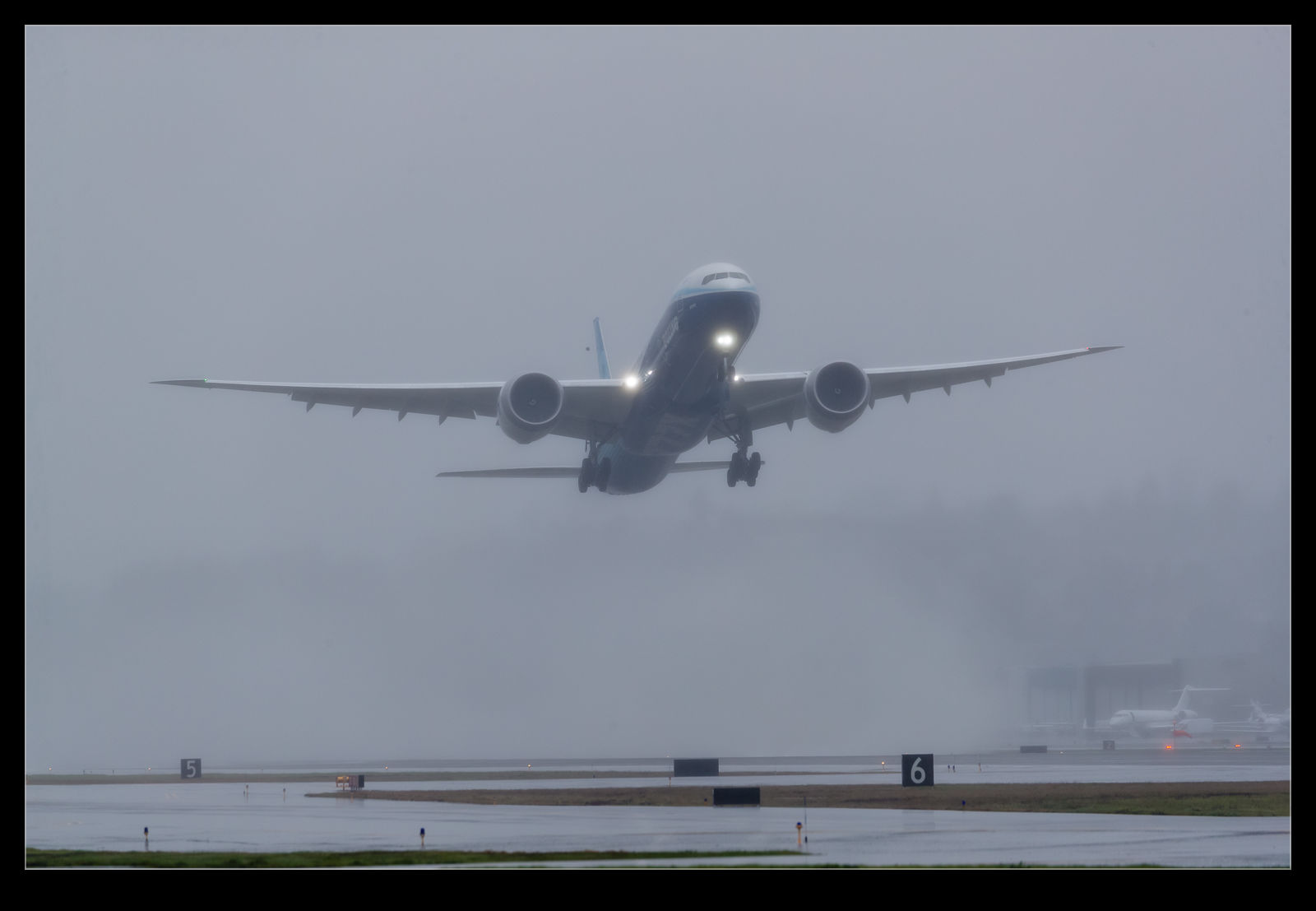 With the viewing area closed while Boeing parks 737s wherever it can find a space, I was a long way from the rotation point.  It was in the rain as it rolled and, while it stayed below the clouds until well past me, things were not ideal.  Still, I had seen it fly. 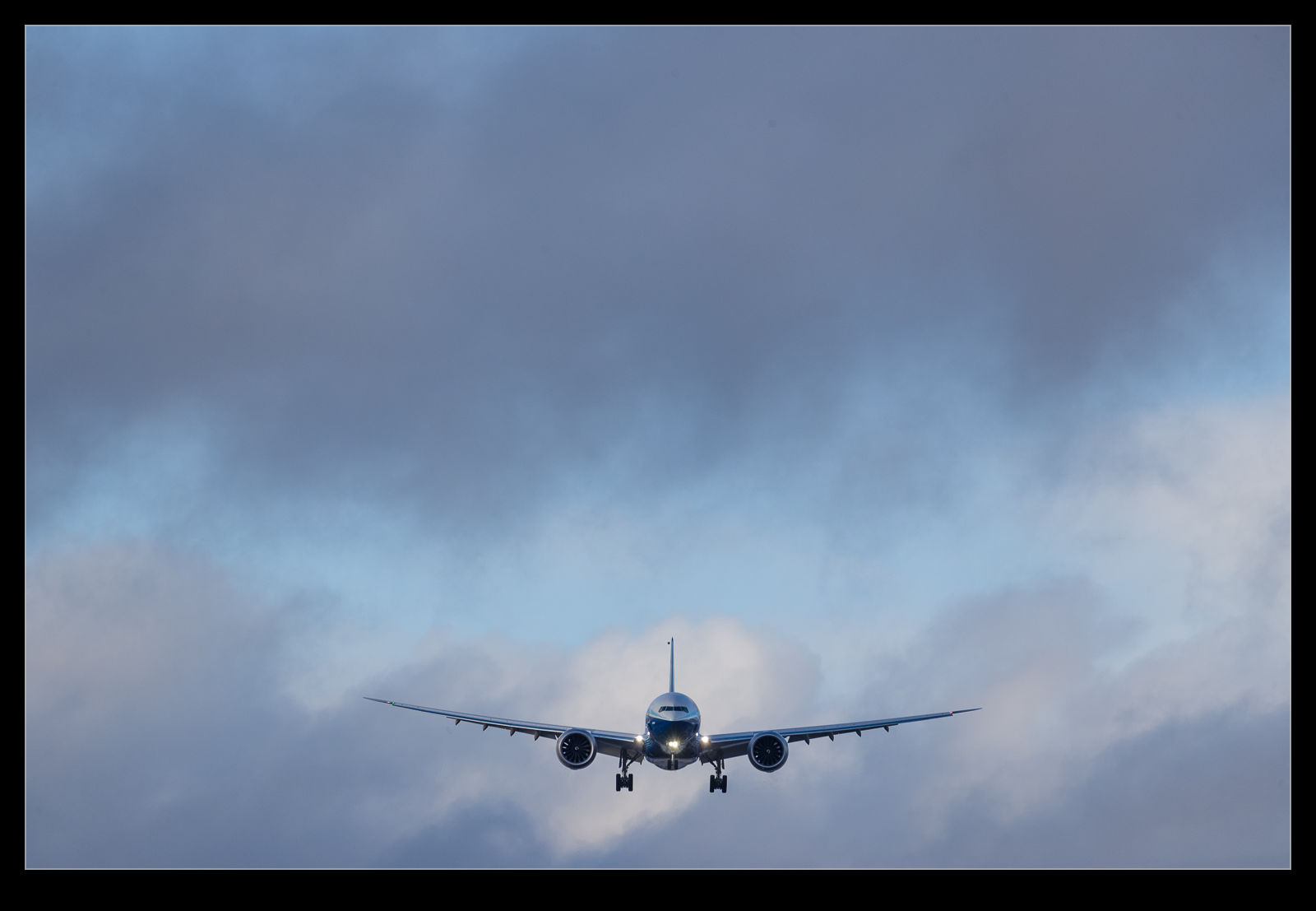 On another occasion I was able to be there when it returned.  This had also been a day with some pretty crummy conditions but this time I was seeing the weather starting to improve as the day wore on.  A little bit of a wait while they flew test activities over Central Washington was not such a bad thing.  Indeed, as they turned for home, the sun was coming out.  However, the wind was not abating! 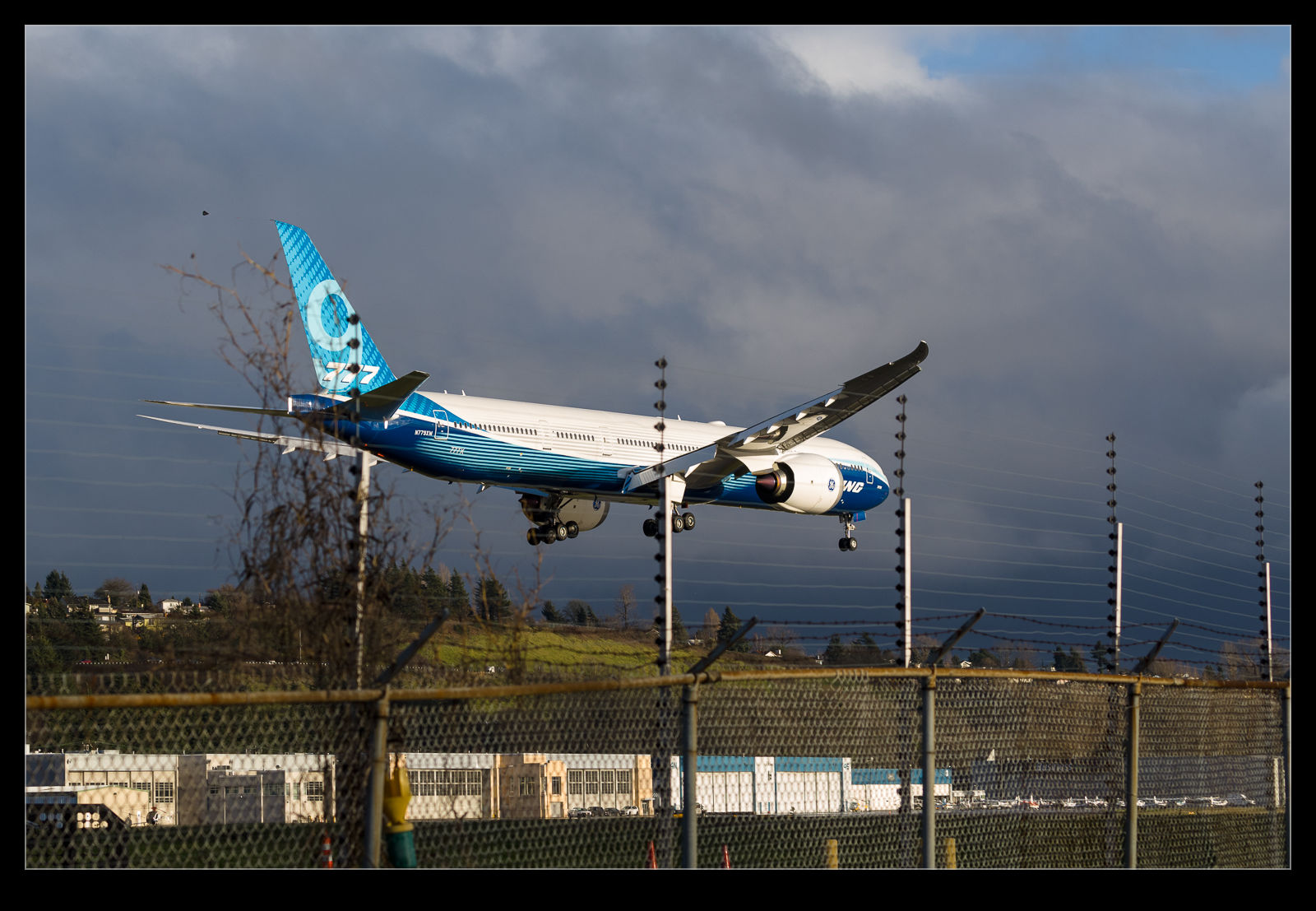 When they called up on approach, I wandered to one side to see how far up the approach I could see.  Despite me being to the right side of the runway from their perspective, when I first got a good shot, the jet was actually pointing beyond me to the right.  The crosswind was obviously pretty strong.  Early in the flight test program, I wonder whether they really wanted to be testing this capability.  Of course this then meant I got a head on view as they got closer before running past me.  Shots in nice light!  Happy guy.  In the next year we shall see plenty of these but, for now, I am happy to have got something reasonable of this airframe off the ground.