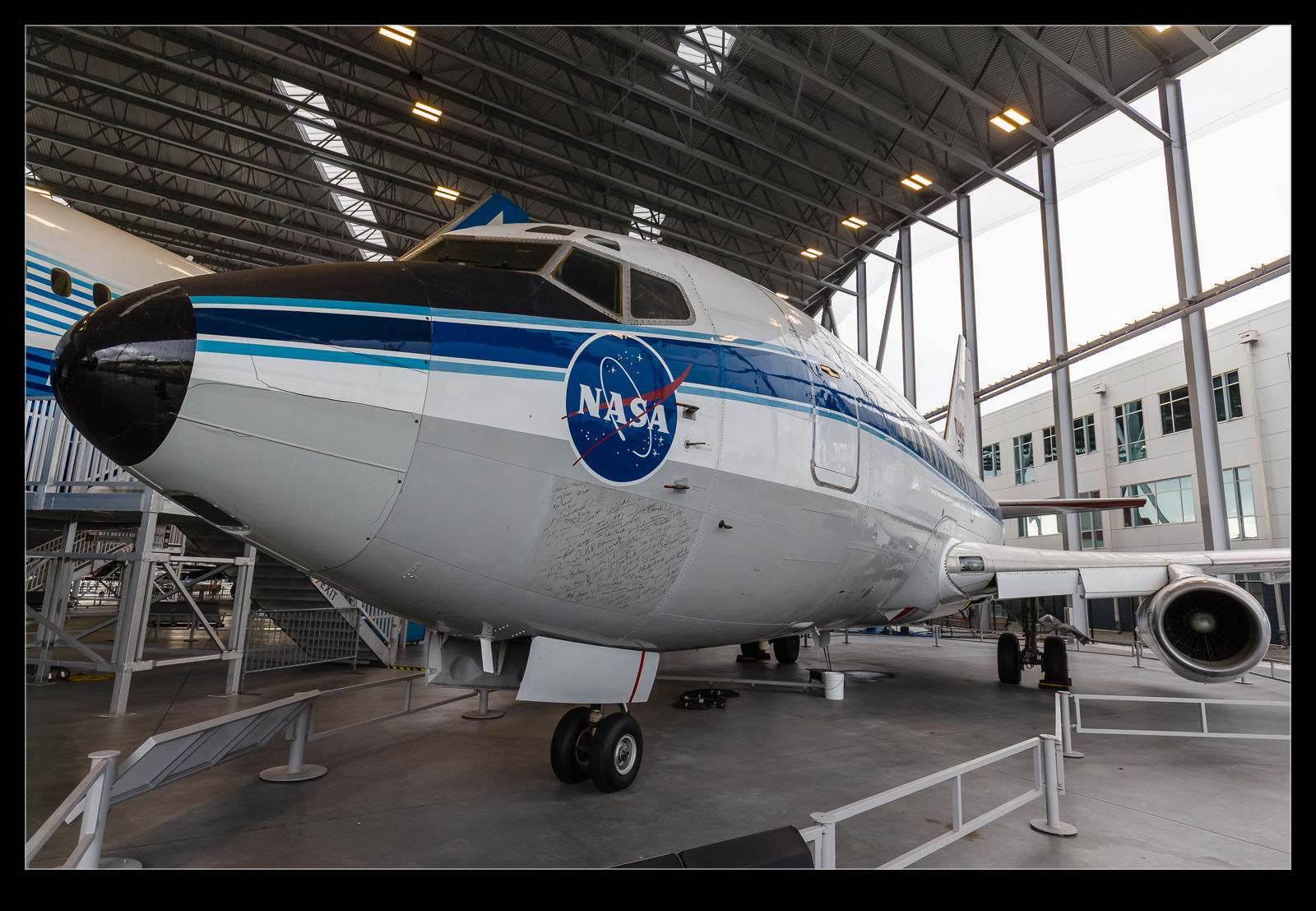 The Museum of Flight has a number of prototypes of Boeing airliners.  They have the first Boeing 737.  This is a 737-100.  Very few of these were built with the 200 series being introduced soon and then taking over completely until the introduction of the 300 series many years later.  (For those of us of a certain age, the 200 series was known as the Classic once the 300/400/500s came into service.  Today they are often called Classic when compared to the NG models which are, themselves, now being superseded by the Max.) 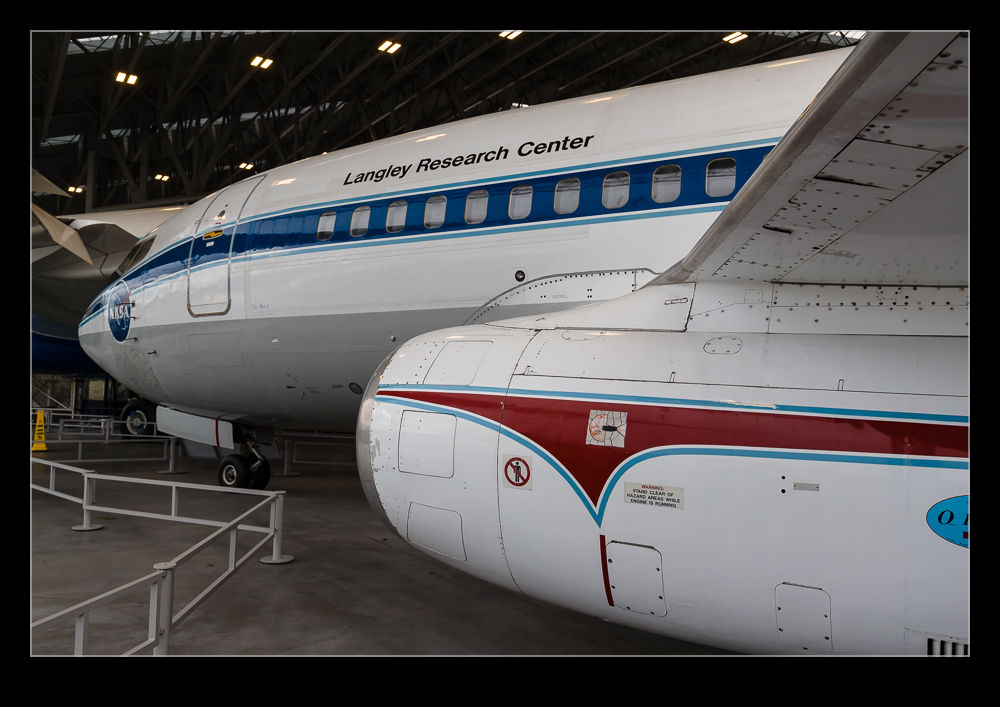 The first airframe ended up with NASA being used for testing duties of all types.  At the end of its testing career with NASA, it made its way back to Boeing Field and to the Museum of Flight’s outside collection.  These are now under cover with a roof having been built over the many aircraft.  The 200 series is a pretty short jet but the 100 is even more so.  It is quite something to see this aircraft and compare it to the big aircraft that are now the staple of Boeing’s output.  The Max 10 will be nearly 50% longer than the original.

The aircraft is displayed in its NASA colors rather than the original in-house colors when it was first built.  Also, since NASA used it for a variety of odd tests, it has a bunch of additions from those test activities.  Since it is parked in amongst the 787 and 747 test aircraft and is kept at the far end of the space, it is a little lost I feel.  However, when you contemplate its place in the history of airliner development, it really is a very significant plane.  There was a time when Boeing contemplated selling the whole program.  How different things could have been! 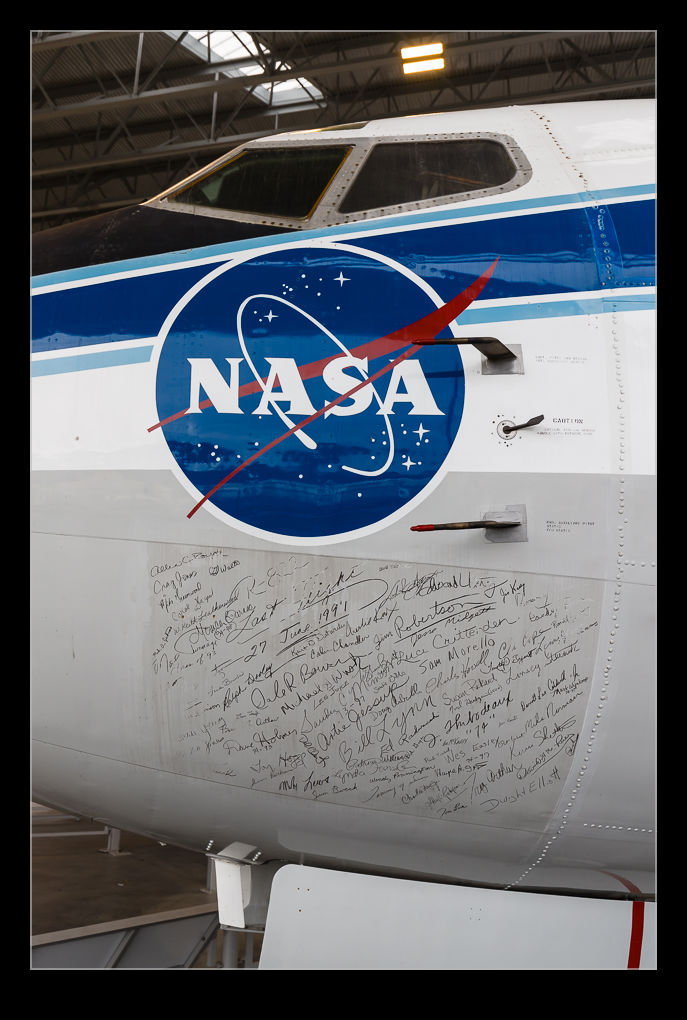