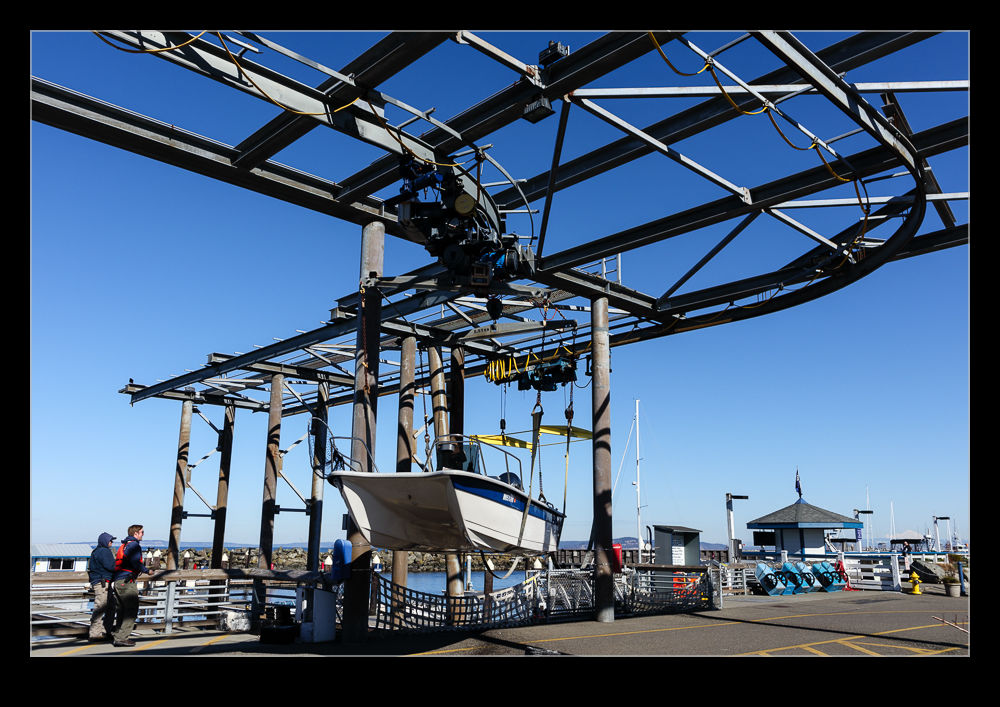 While walking along the shore in Edmonds, we passed the marina and the loading area for the boats.  They had a boat lift for the smaller boats to be taken off trailers and put in the water.  A guy brought his boat along just as we got there so I had to watch the process.  The two guys running the lifts clearly knew what they were doing but the guy insisted on explaining it all to them.  They handled it with good grace. 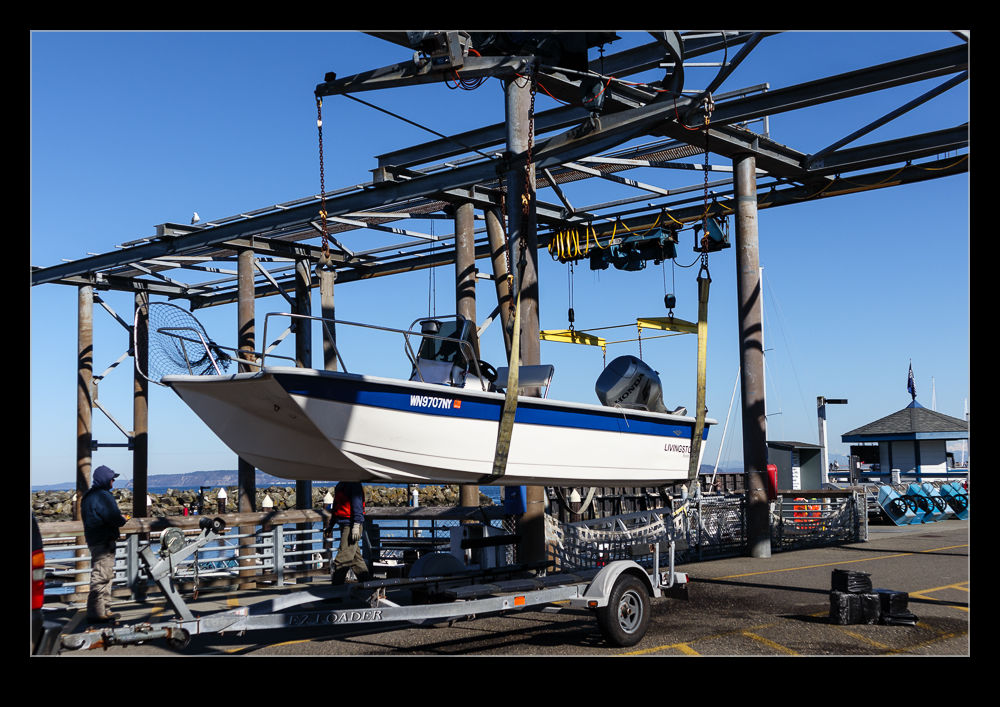 The lift had a track system that turned through ninety degrees.  There were two lifts in parallel if the demand was there.  The trailer was driven into position and the lifting straps were brought around.  They were then passed under the boat and it was lifted up.  Once it was clear of everything, the whole assembly motored along the rails, around the corner and out over the dock.  It was then a simple process to lower it down into the water and then move it away. 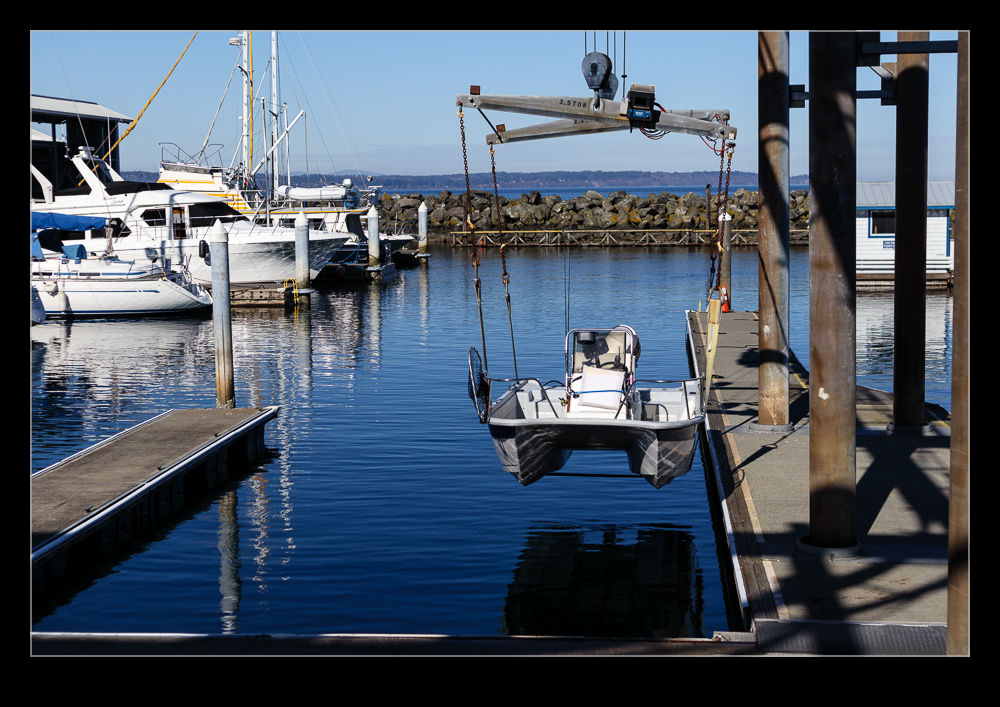 This was fine for boats of a certain size.  If you wanted to put anything larger into the water, a far larger rig was required but that wasn’t needed while we were there so I didn’t get to watch it.  In my younger days living in Cowes, I got to see those lifts at work a lot. 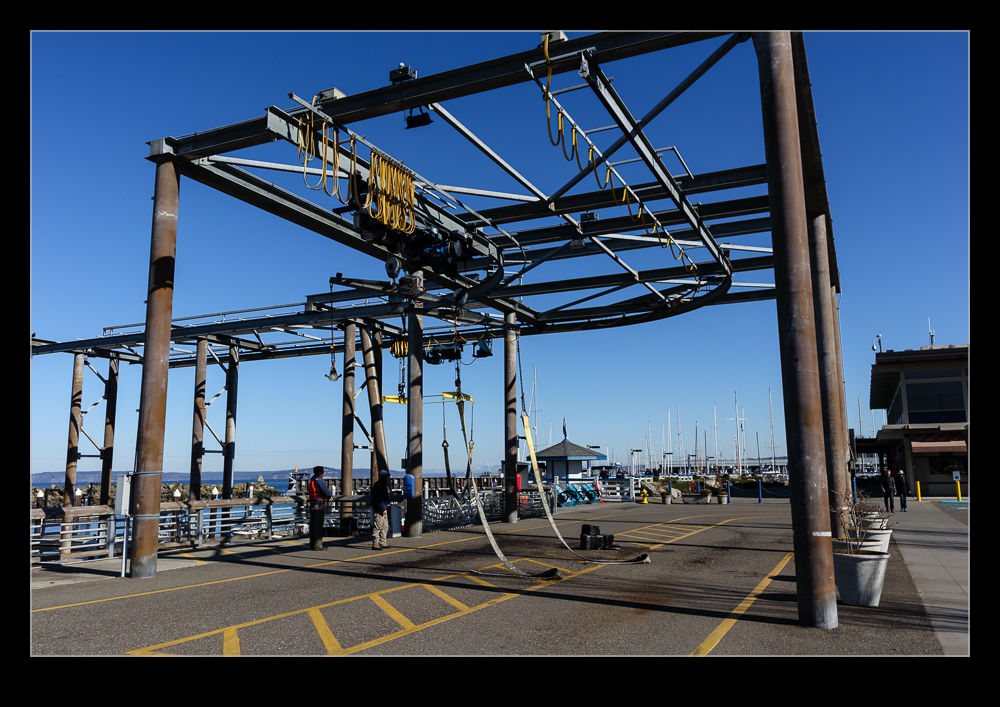