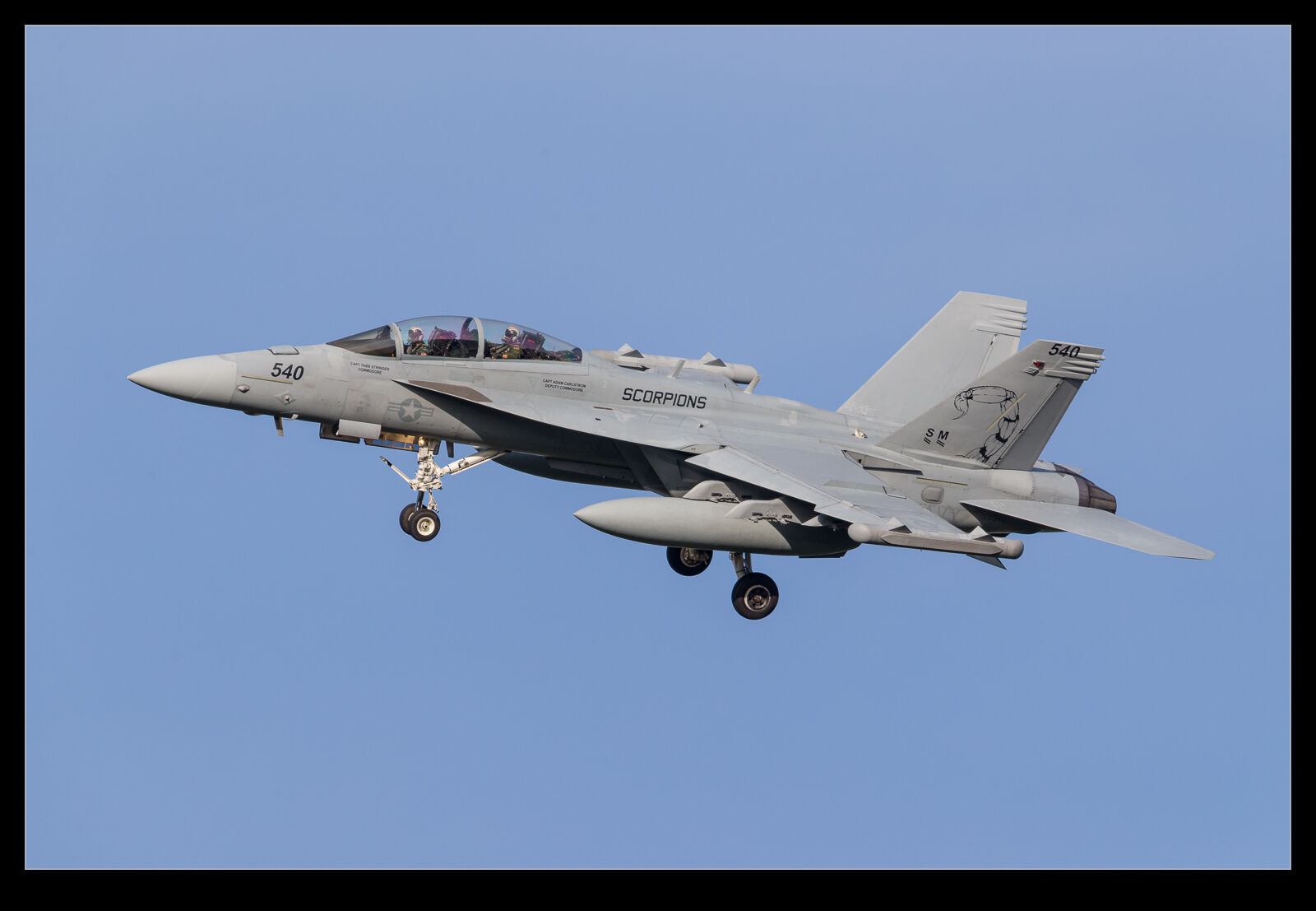 How many times in this blog have I commented on the nice light at the end of the day being the provider of my best shots.  It isn’t just about the shot though.  Stuff just looks better (hence the better shots) when the sun is low.  Mark and I had spent a good day at Coupeville and then at Ault Field but, as the evening was beginning to draw in, we knew a few jets had launched earlier and were due back.  As a result, we anticipated some nice arrivals.  Mark had also scoped out a better spot for the final turn the jets would be making. 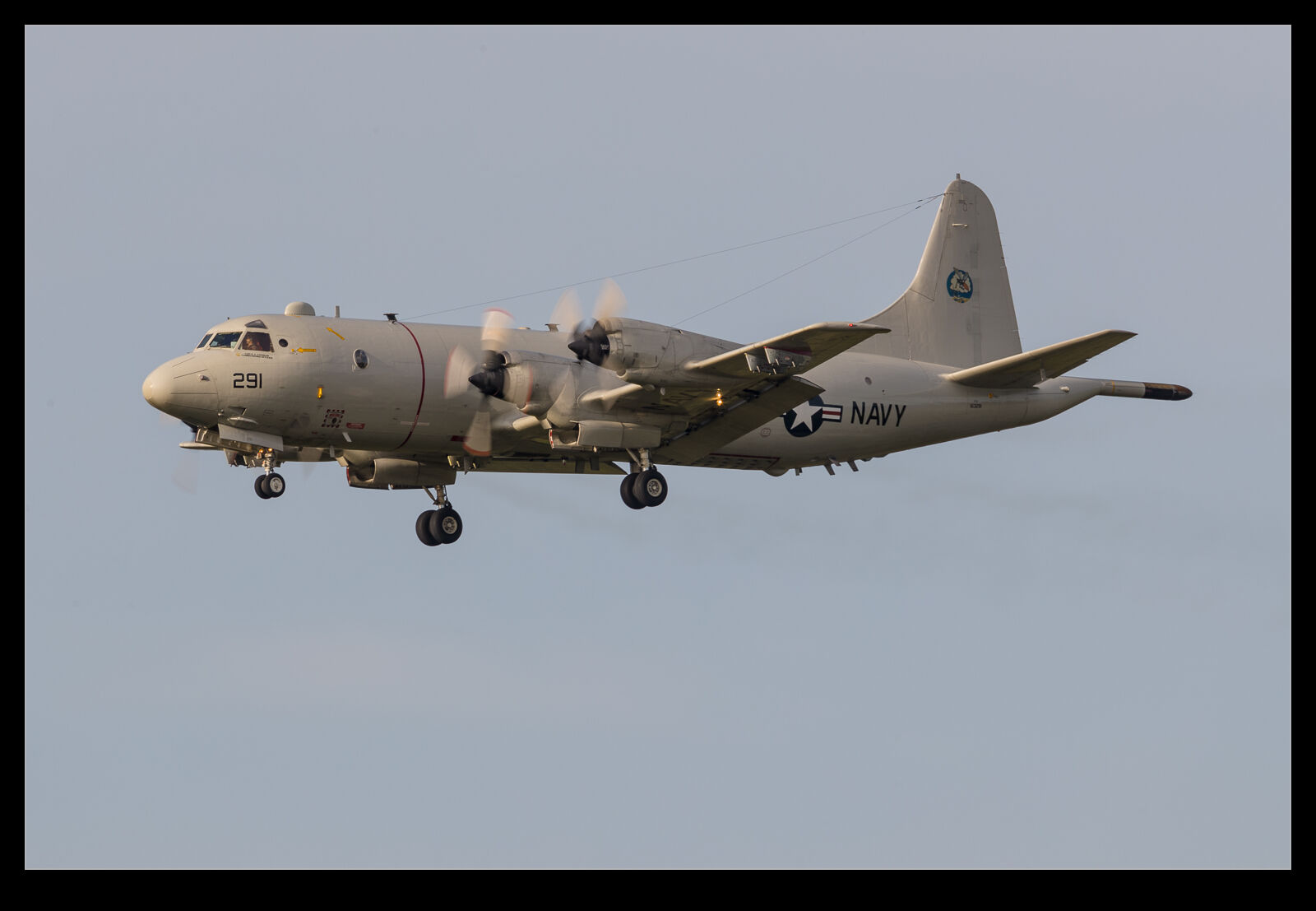 It wasn’t long before we heard some calls on the approach frequency and so we headed to the new location.  Our first trade was not the jets we had expected though.  Some maritime patrol training was done and a couple of aircraft were making straight in approaches.  A P-8 and a P-3 were welcome additions.  They may not have been flying particularly interesting approaches but we would have taken them at any time and in this light all was good. 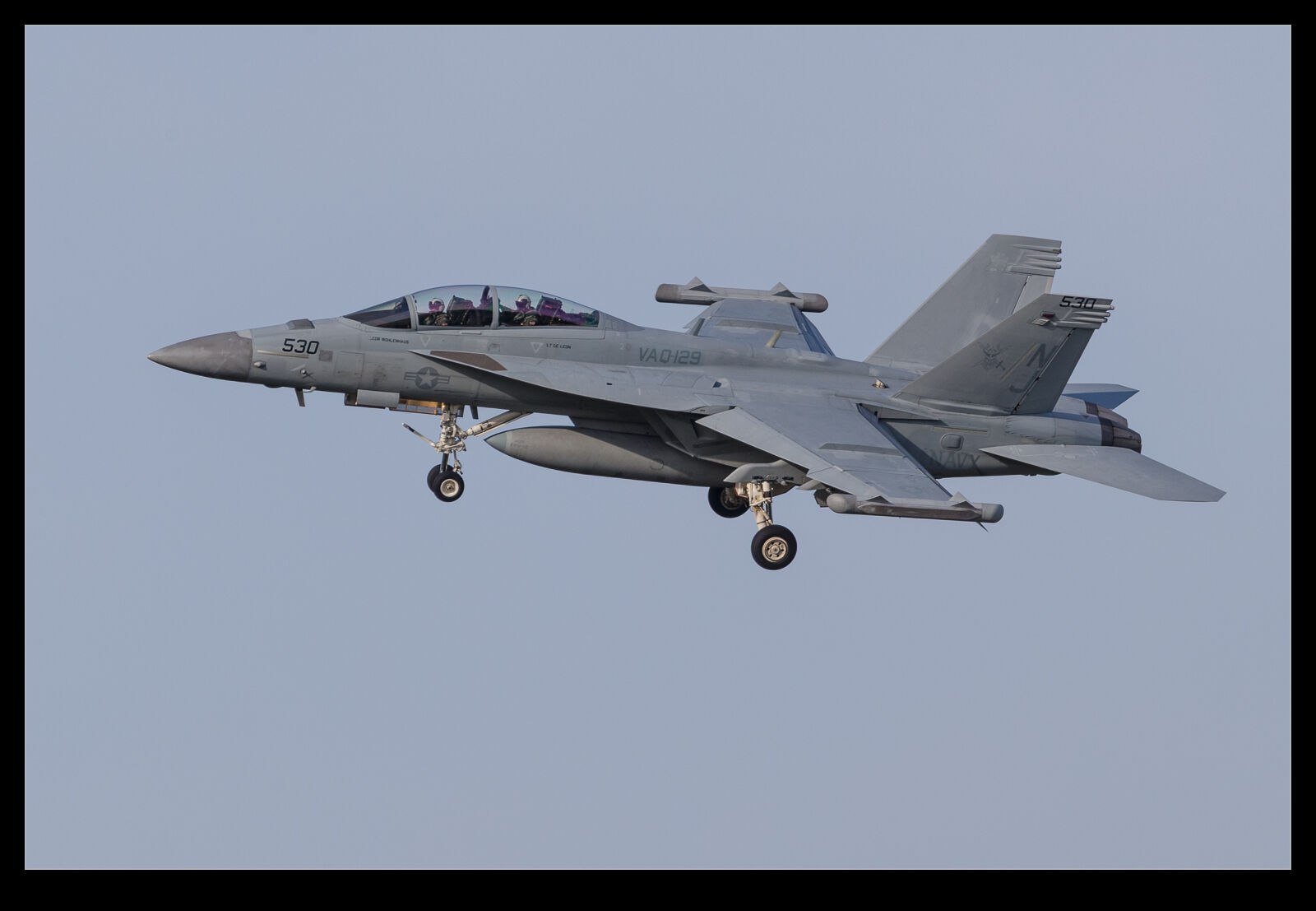 Then the Growlers showed up.  The flew some nice curving approaches around us and the evening light was illuminating their topsides in a great way.  Clearly these were going to be the shots of the day that we were most happy with.  Not only that but they did the decent thing and didn’t land straight away.  Instead, a couple of patterns meant we got a good chance to get some shots of them.  Once they were down, the radio was quiet and we both had drives home to make so we called it a day.  (Sadly, as I got on to I-5 to head south, a C-5 flew over me heading in what appeared to be the direction of Whidbey.  That would have arrived in gorgeous light as it looked really nice as it passed over me!) 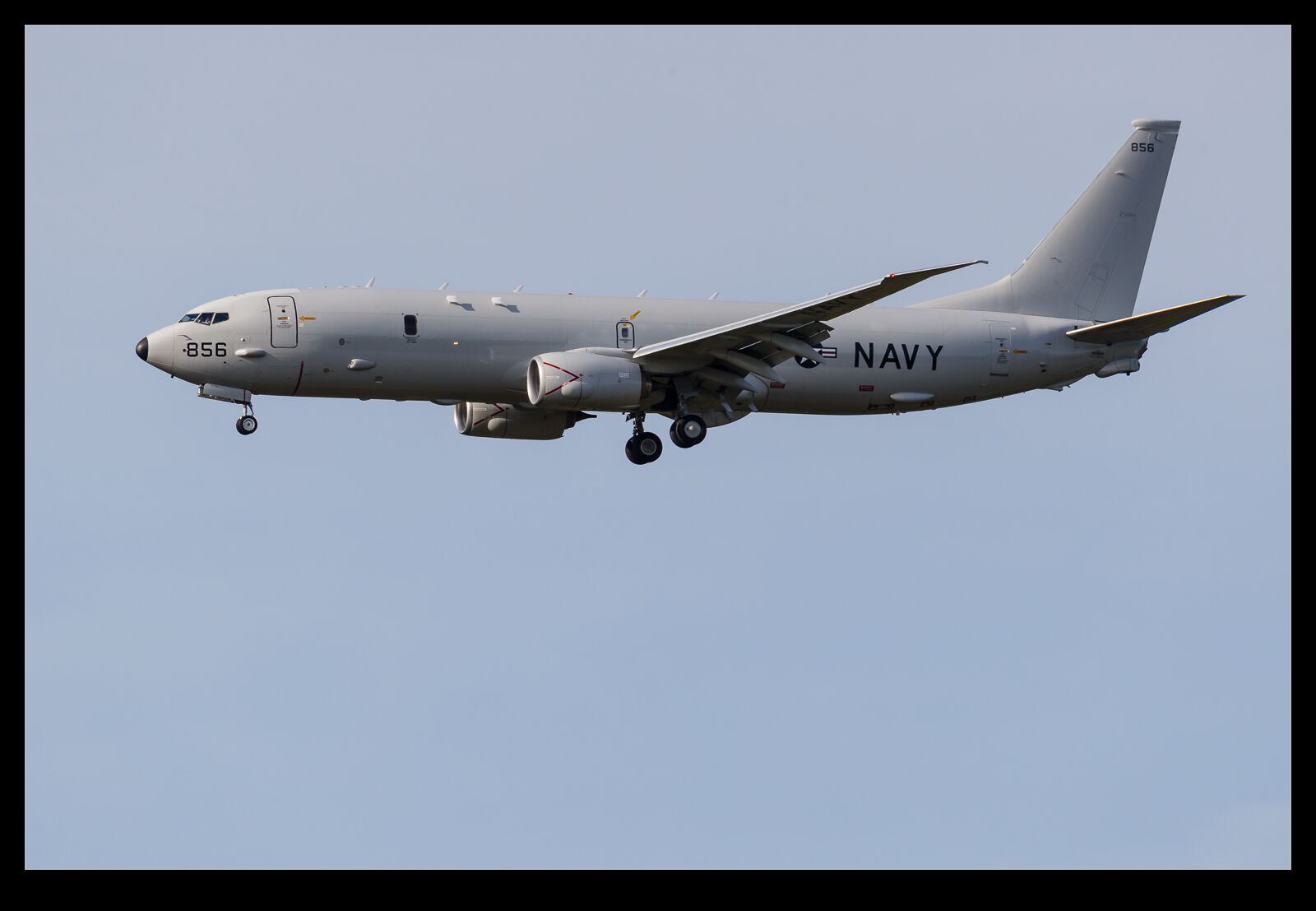 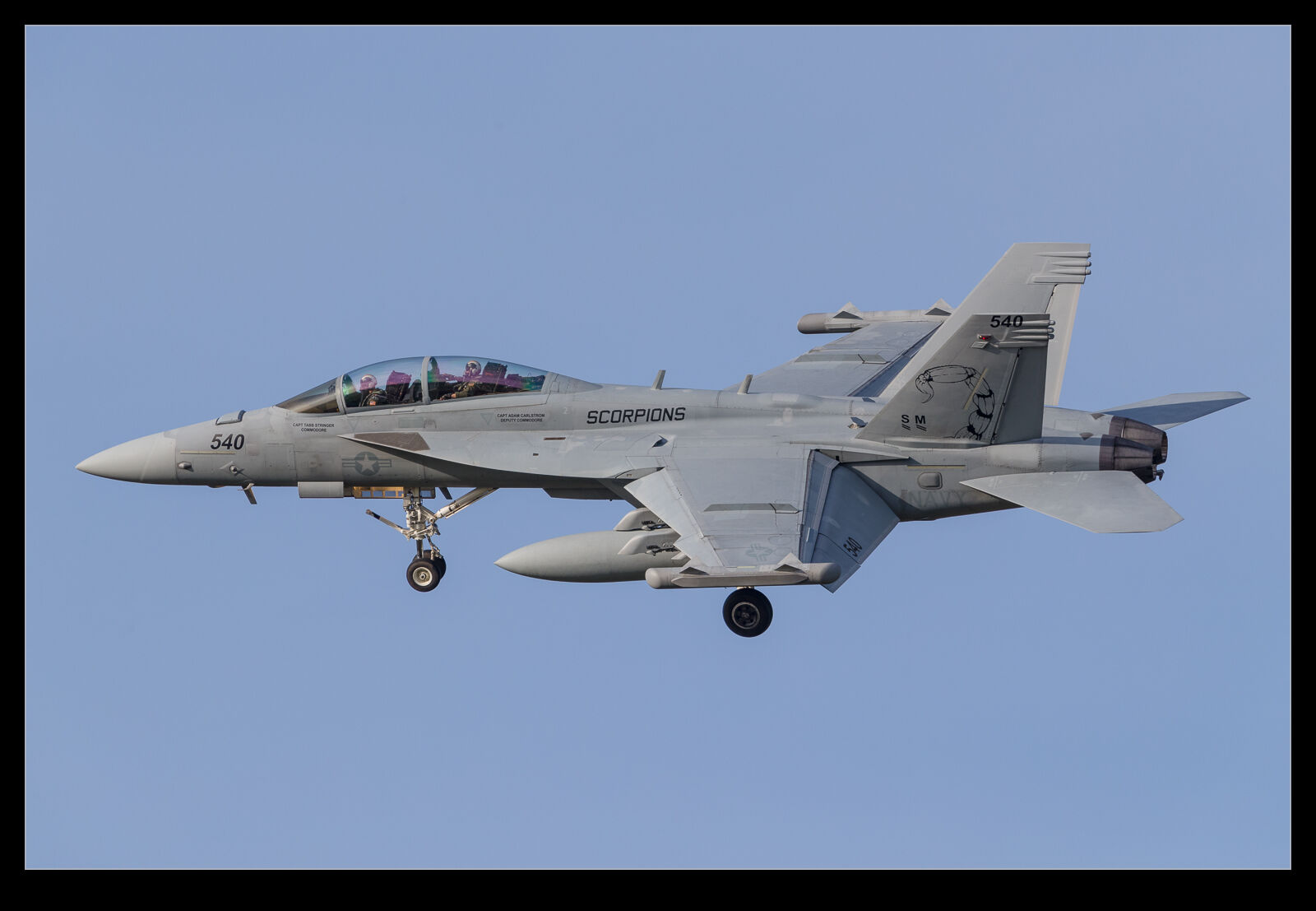