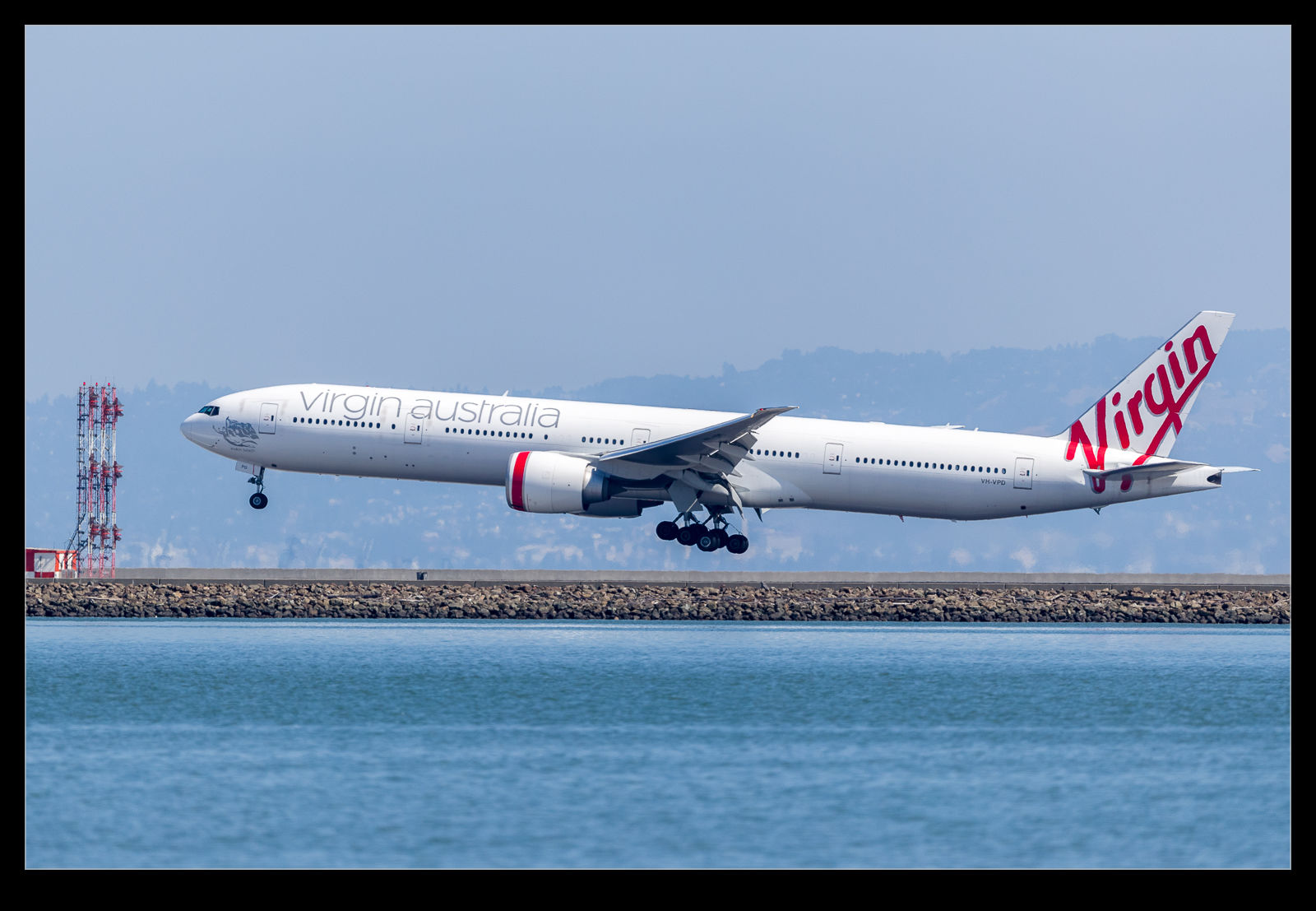 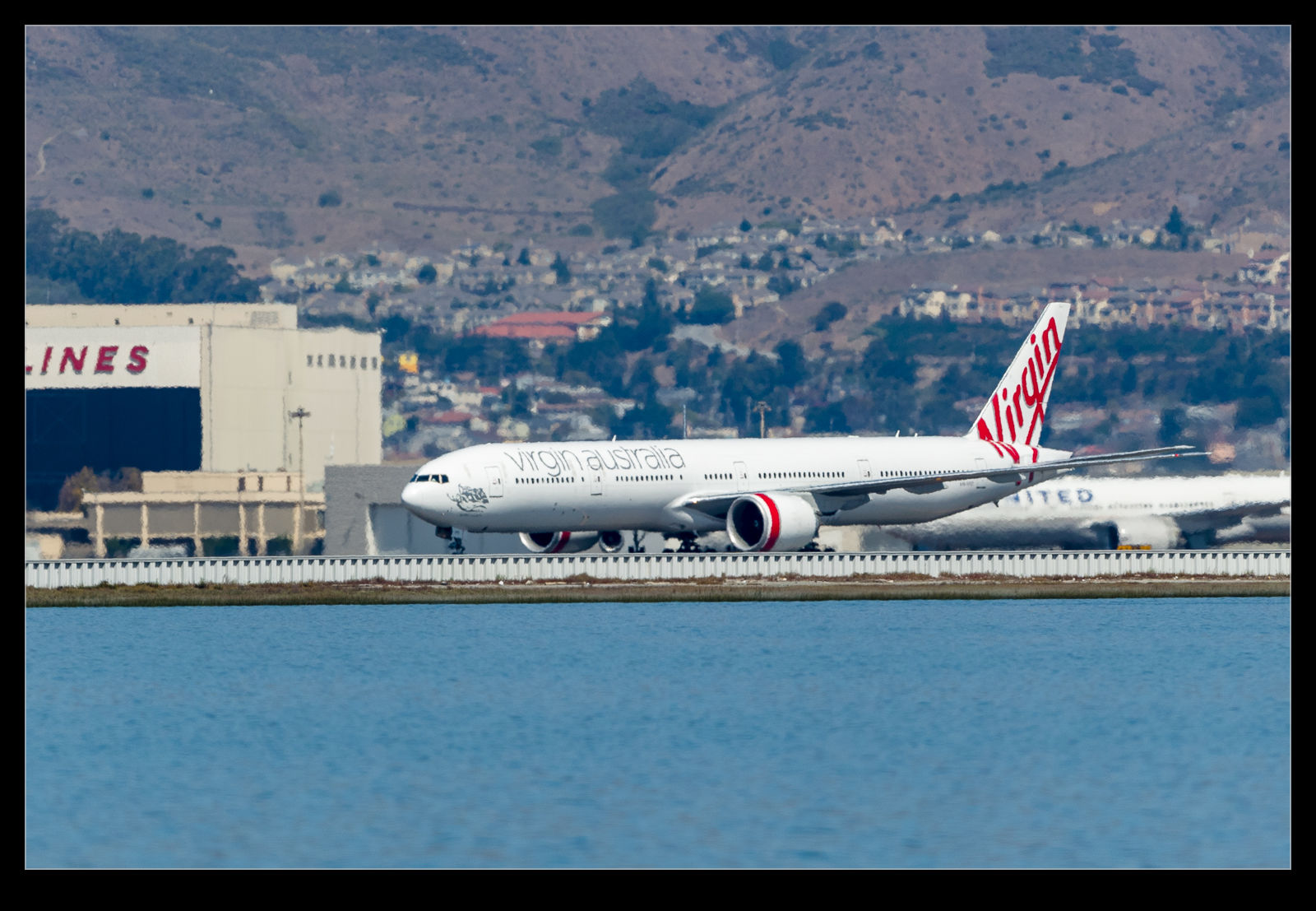 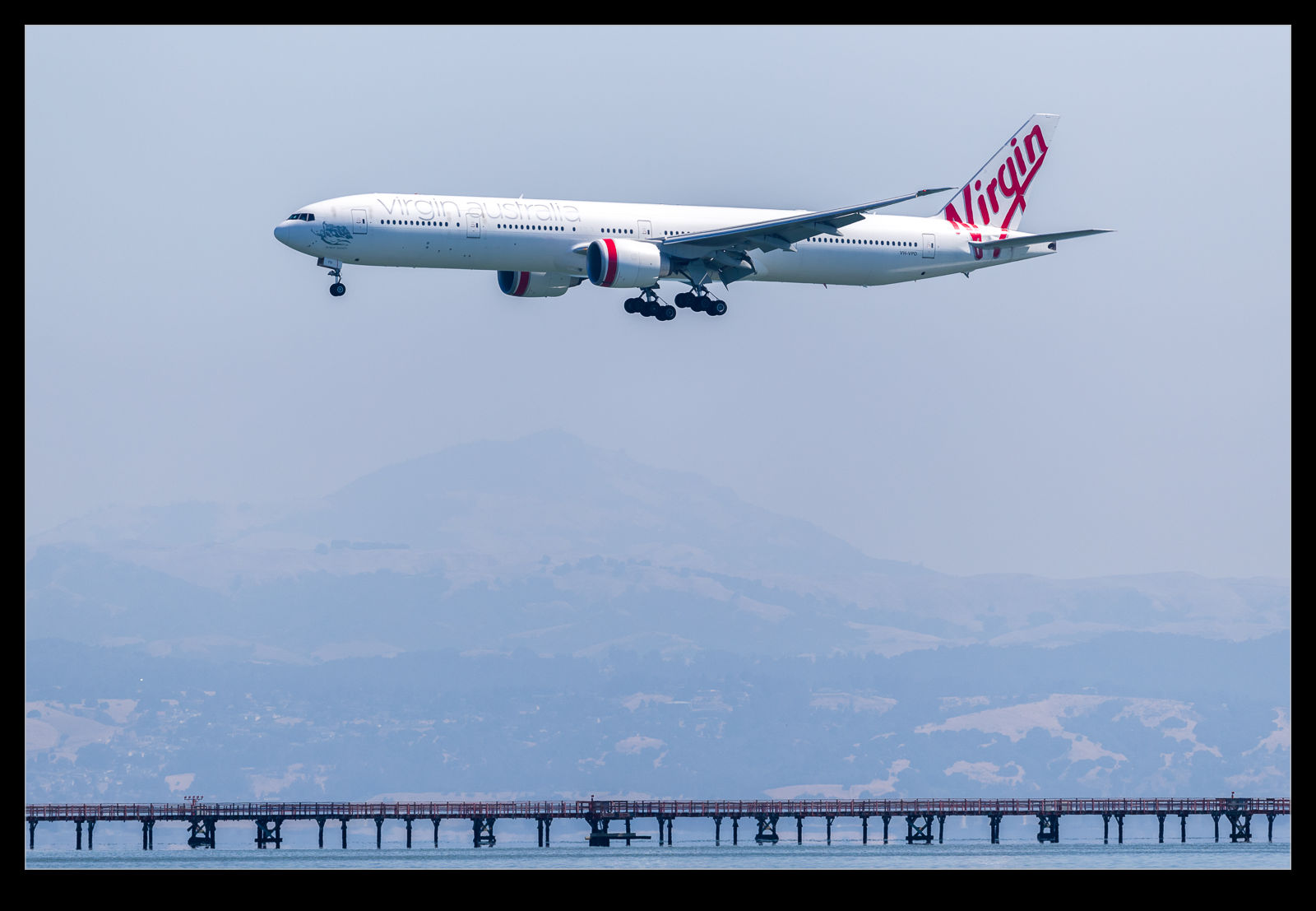 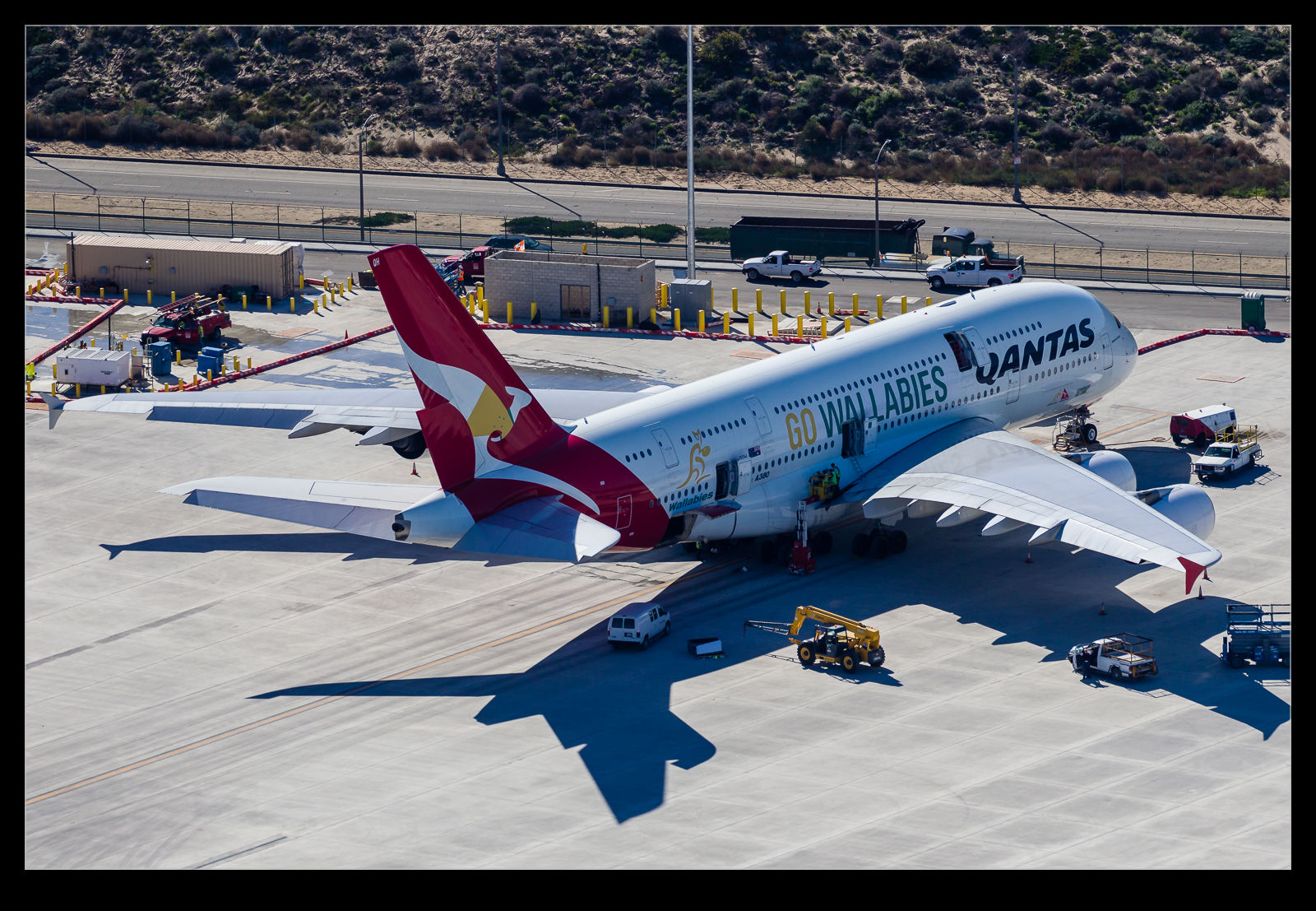 The scheduling of flights from Australia and New Zealand to the west coast of the US is not ideal for getting maximum utilization from your aircraft. There is a long time between the arrivals and the most desirable time for departing on the return journey. Consequently, there are a lot of jets that spend a good portion of the day sitting at LAX. Rather than waste valuable gate space, these jets are disembarked and then towed to remote stands to await the time when the evening flights will be readied. 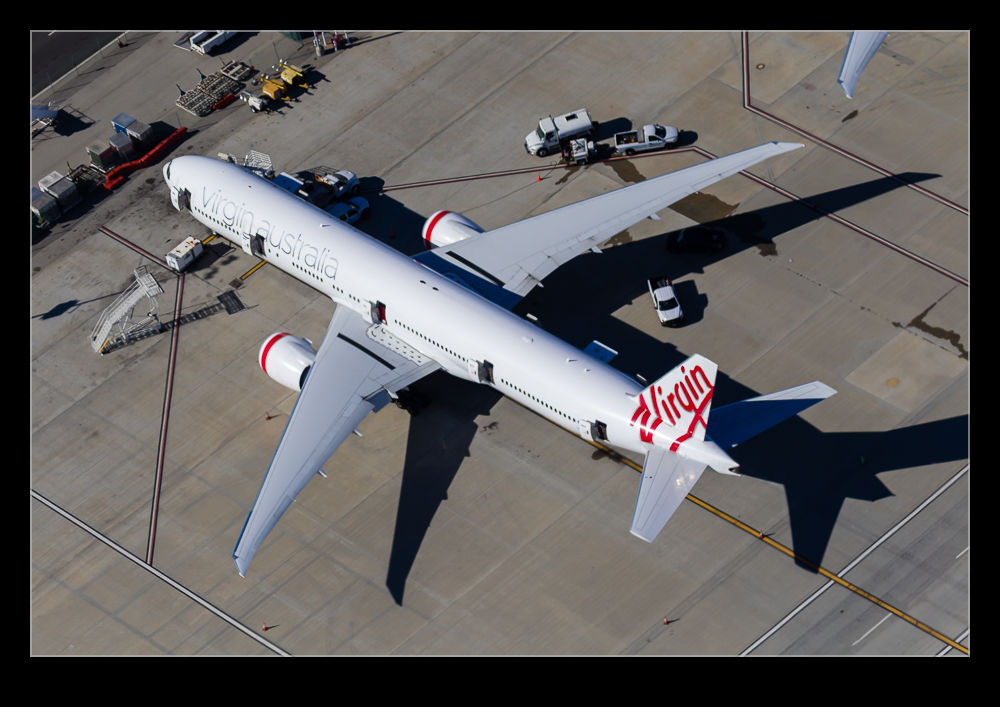 There is a large parking area to the west end of LAX where these jets are kept. You will see Qantas, Virgin Australia and Air New Zealand aircraft all parked up here in the middle of the day.  We were able to make a short detour from our normal operating area to the west end of the airport when ATC was able which meant we could get a good view of the jets parked up here. One of the Qantas jets was carrying special markings for the Wallabies rugby team.  Later in the day they will have started the return trek across the Pacific. 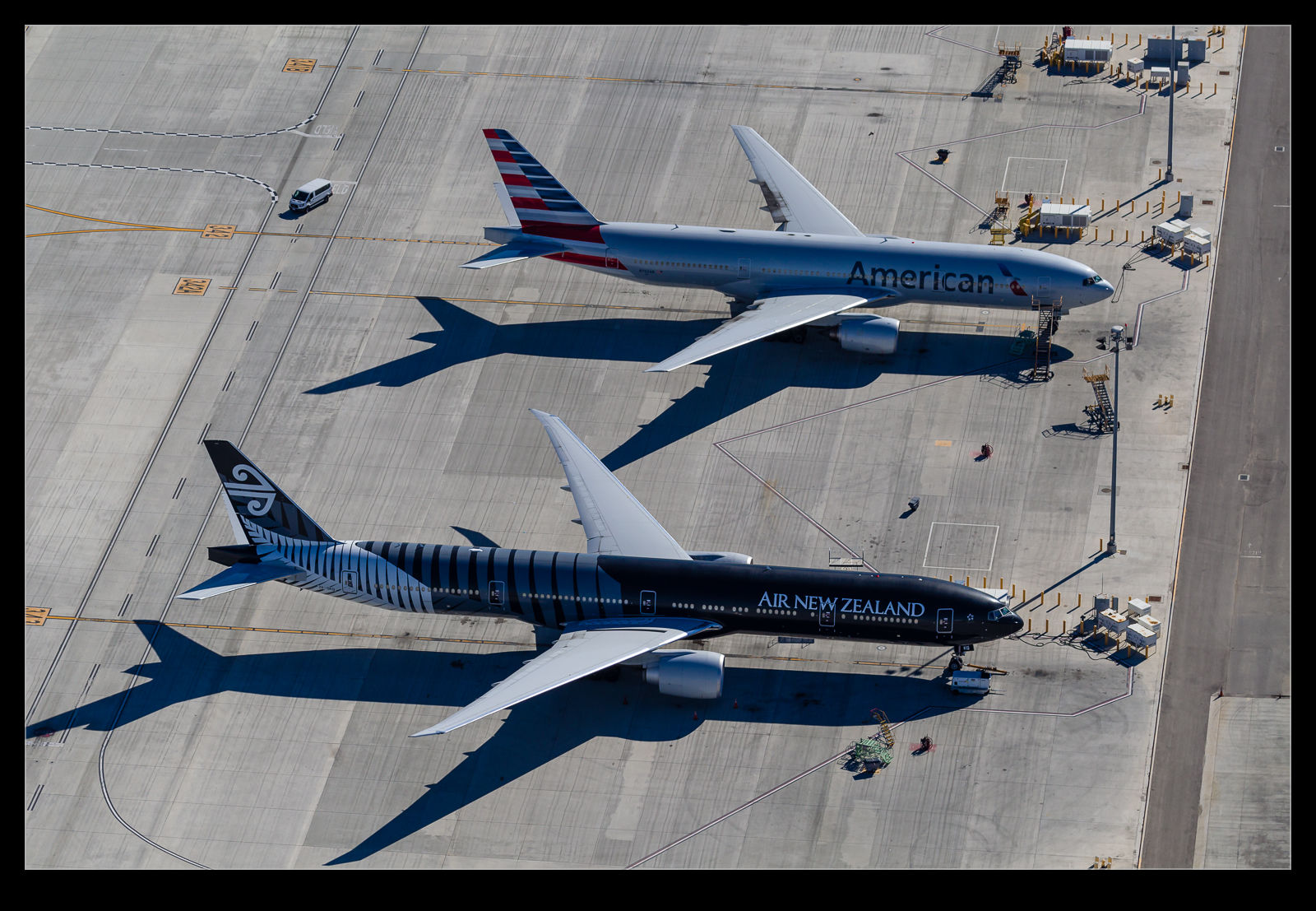 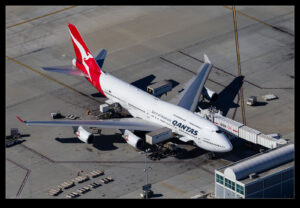 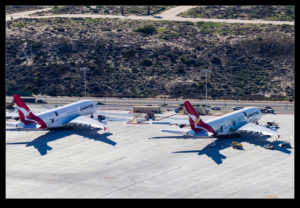