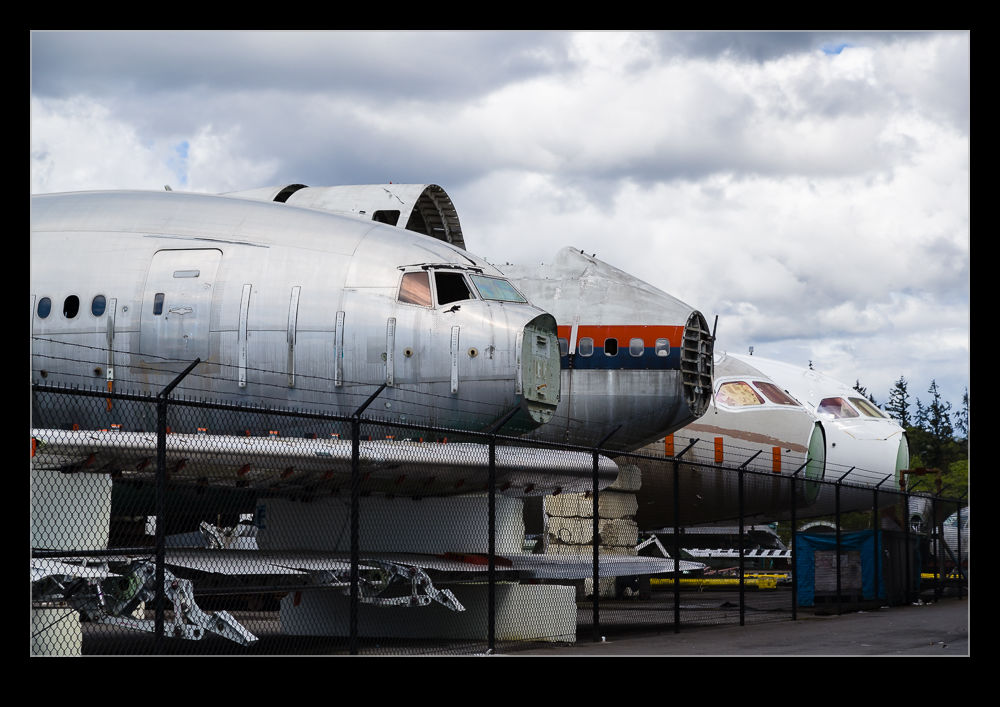 I do like coming across test aircraft. Production jets will be seen all over the place in due course but the test aircraft often show small signs of their test role no are a bit more individual.  However, any test program also includes airframes that never get much coverage.  This is because they never fly.  Structural test specimens are vital but usually out of sight. 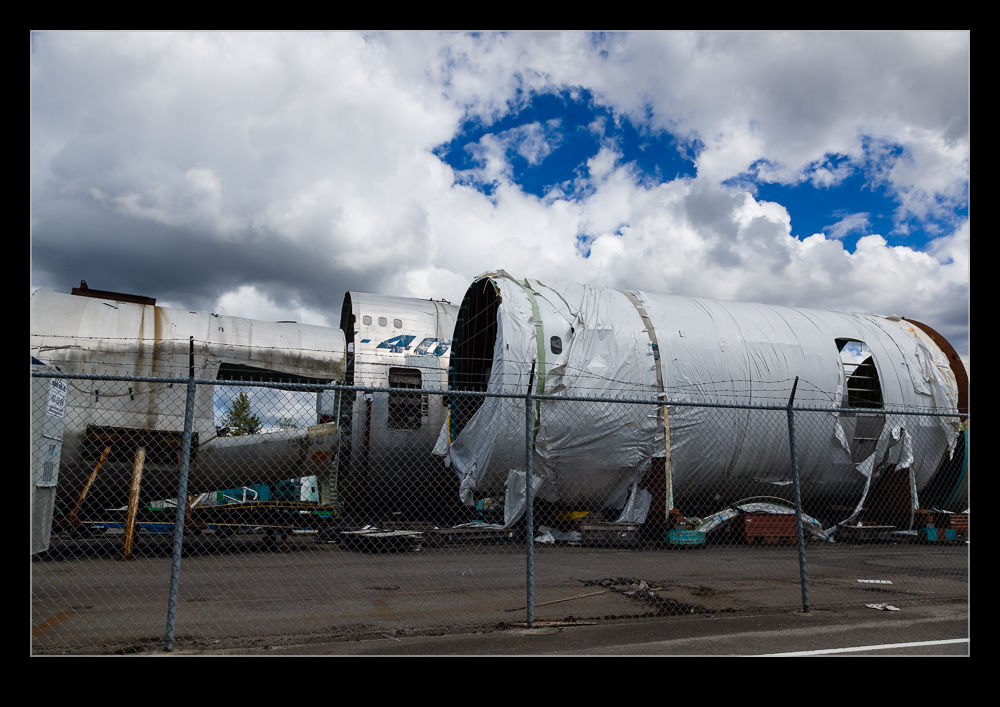 Boeing has a yard around the back of the Everett plant in which the remains of these test articles are stored.  Bits of airframe sit awaiting any possible future use.  The yard also includes a few bits that appear to have been operational at some time.  The front fuselage of a 747-400 that still shows United colors is there.  I wonder whether it was bought back to allow them to do a condition assessment based on the in service fleet. 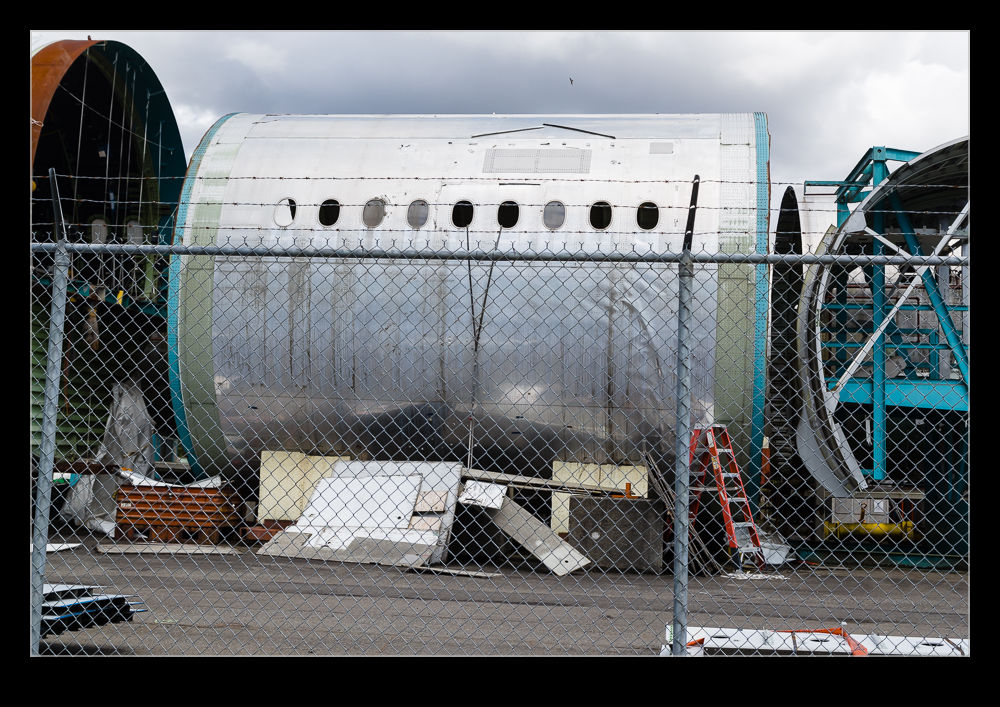 Irrespective of how they got here, they are all rather forlorn looking as they sit in this space, out of the way and maybe never to be used again.  Service life extension programs may require them to be brought out again although I have no idea whether the storage outdoors will have rendered them less useful.