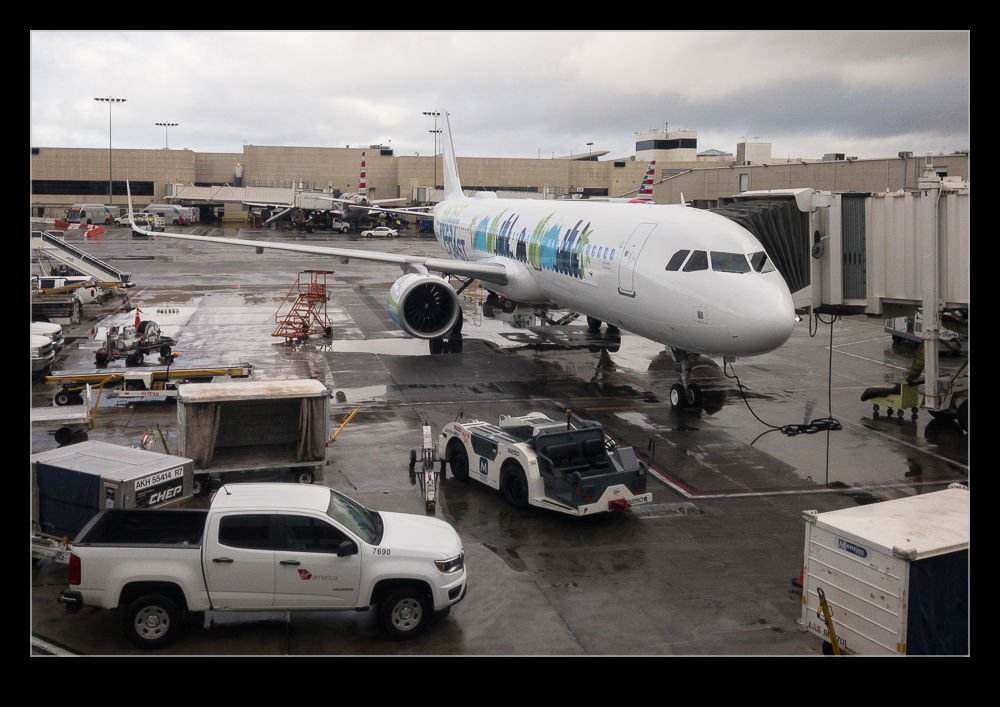 The merger of the Virgin America operations into Alaska Airlines means combining the Airbus fleet with the Boeings.  Virgin America had ordered some A321neos and these are in the process of delivery just as things are being merged.  Alaska chose to change the livery on the next one off the line and adopted a scheme designed to reflect the number of flights they now operate on the west coast.  The Most West Coast jet has not been popular since it seems to lack branding of either airline.  It was at the gate when I landed in LA and I saw it taxiing out later that morning.  I wonder how long it will last in this form? 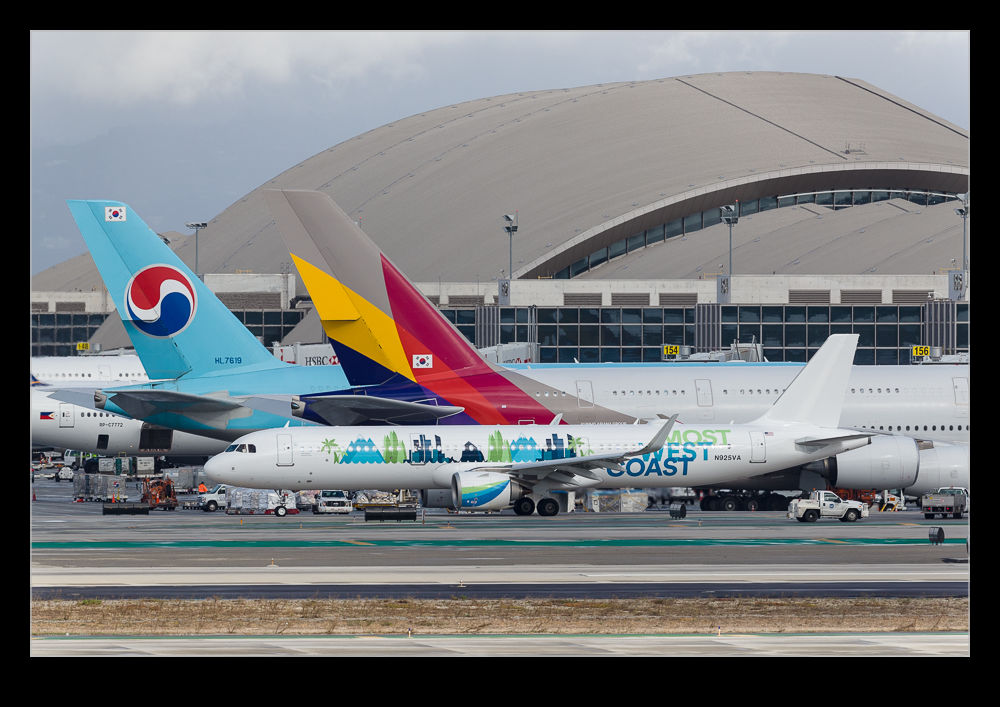