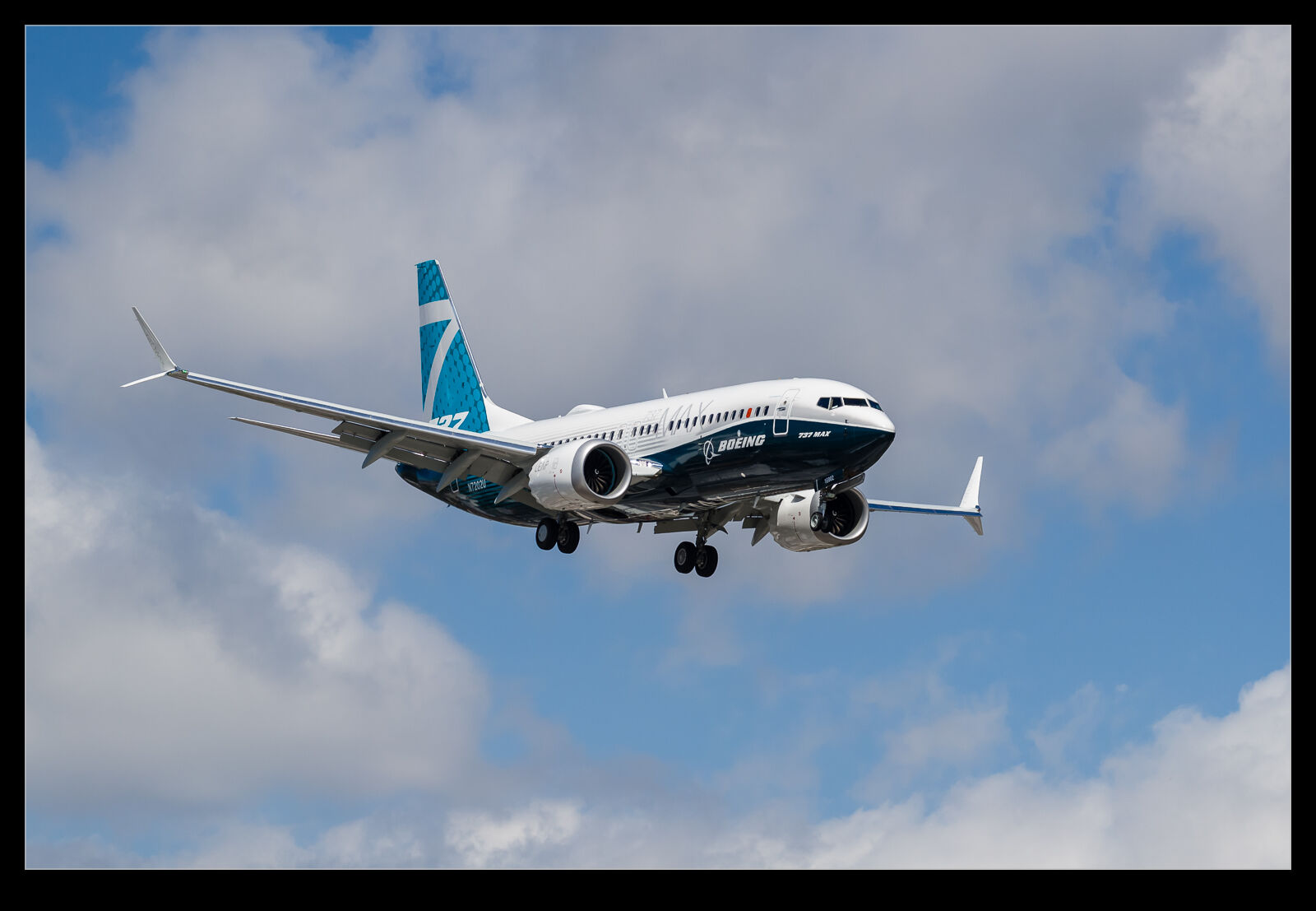 The first Max7 test aircraft got a blog posting here but I have now seen the second in action too.  I think I first saw it on the ramp at Renton but I didn’t see the registration so can’t be sure.  Now it is engaged in testing and flying regularly out of Boeing Field.  It actually departed as I pulled up, so I only got to watch it rather than get a shot.  It was a bit overcast then anyway. 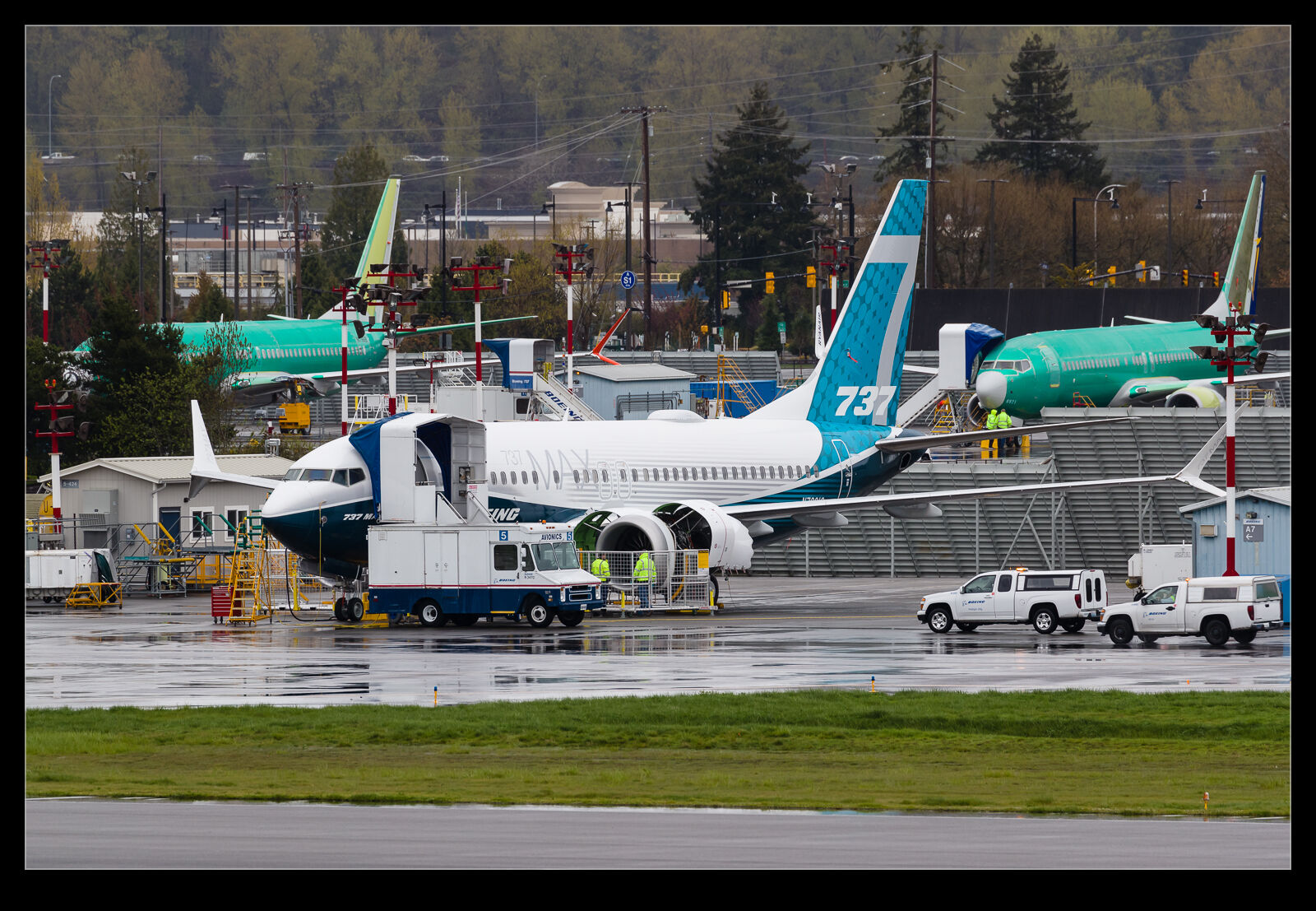 Later in the day it returned and this time the light was a lot more favorable.  I have yet to be able to gauge it against a 700 series and see the increase in length but the bigger engines are pretty obvious.  Still not a huge number of orders so we shall see whether it becomes a success but, in the meantime, we shall see them testing in the area for a while. 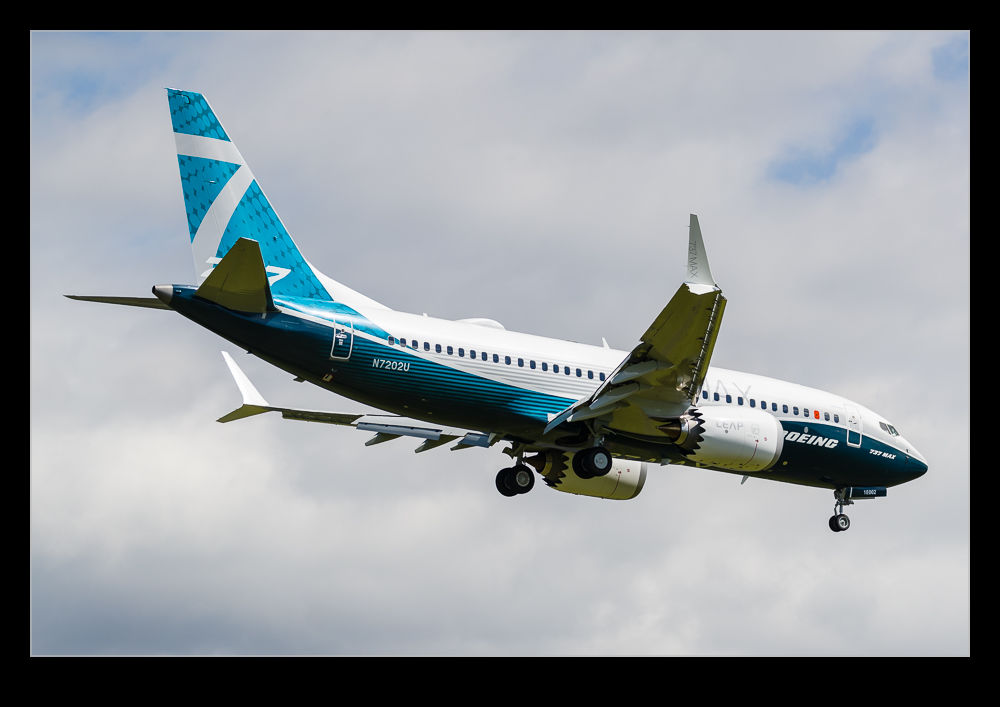