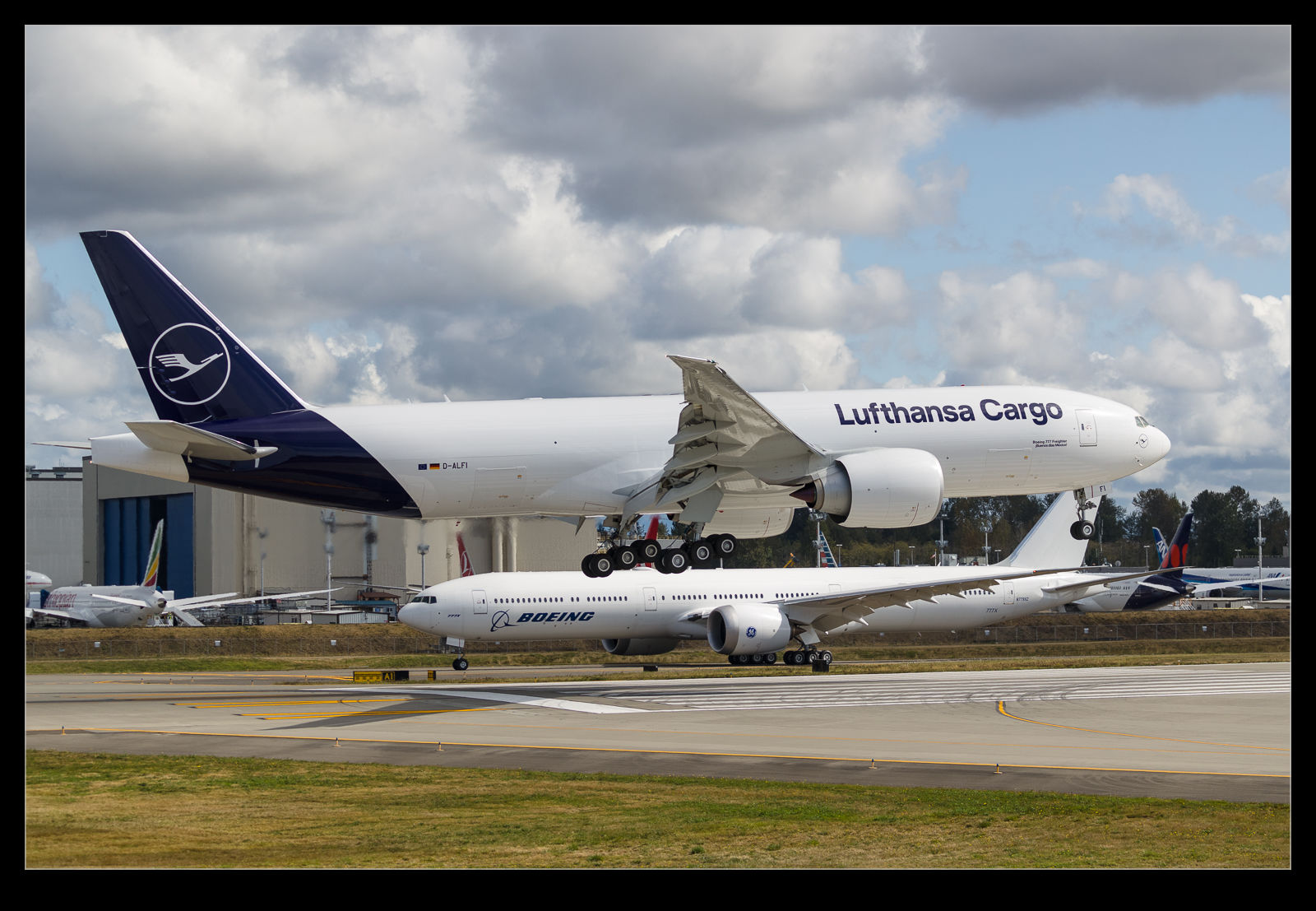 Two visits to Paine Field in close succession resulted in two times to view a Lufthansa Cargo 777F undergoing tests.  Lufthansa Cargo is in the process of replacing its MD-11F fleet with the 777F and one of the jets was undergoing a number of pre-acceptance flights.  It was shooting a couple of approaches while the 777X was getting ready to depart on one of the days and doing a little more flying on another.  On the second day, it came in with the RAT deployed too which makes for a noisier aircraft! 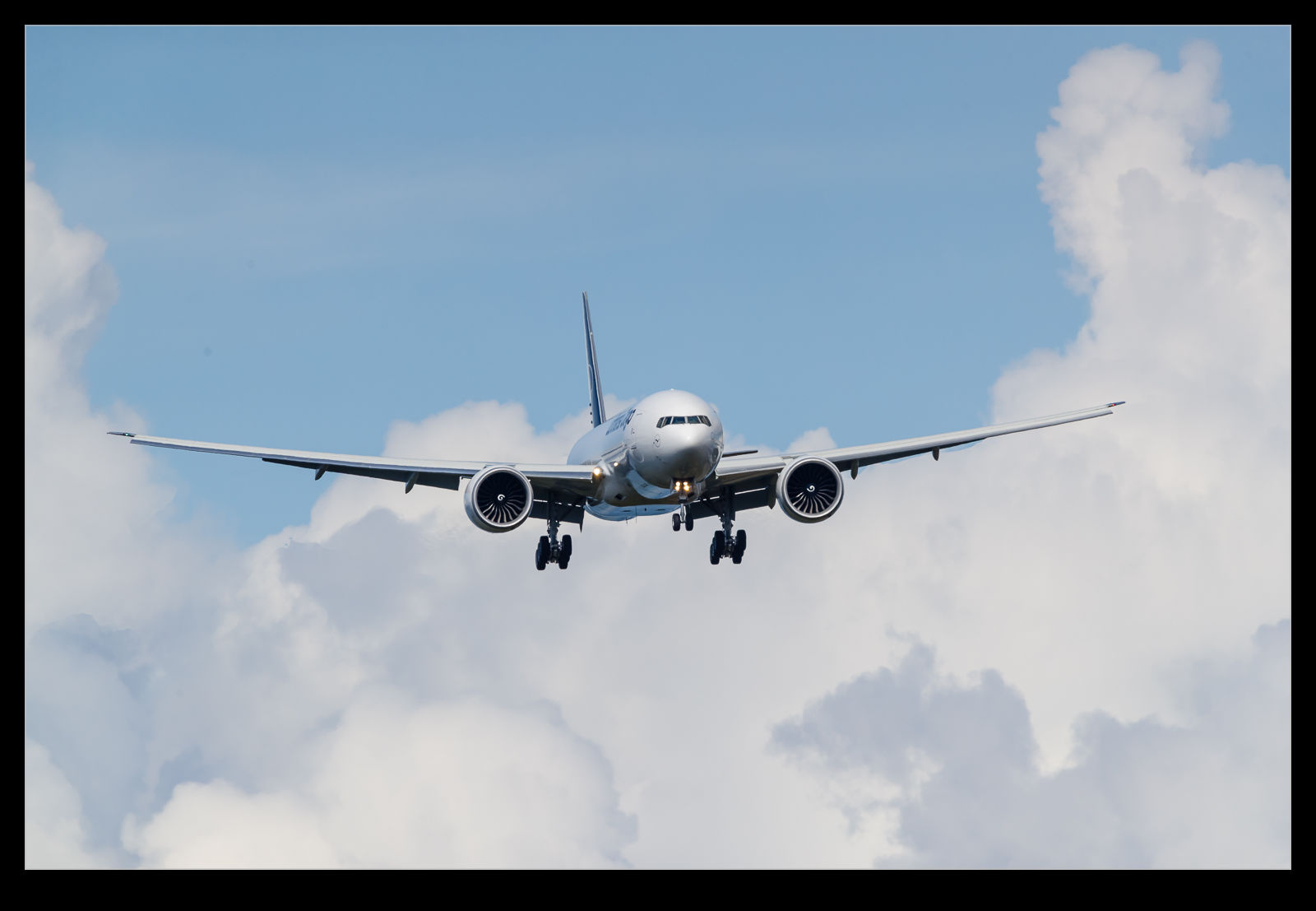 Often, when the jets are on the approach, I use the 500mm to get the shots as it is further out and then switch rapidly to the 100-400 for the closer in shots.  Having got a bunch of shots in nice conditions on the first day, I decided to stick with the longer fixed lens for later approaches to do something different.  Some tight crops on the cockpit and some compression of the features of the plane were the goal.  It made for something a little different and I was quite pleased with the outcome.  I also got to see the crew wearing masks in the cockpit! 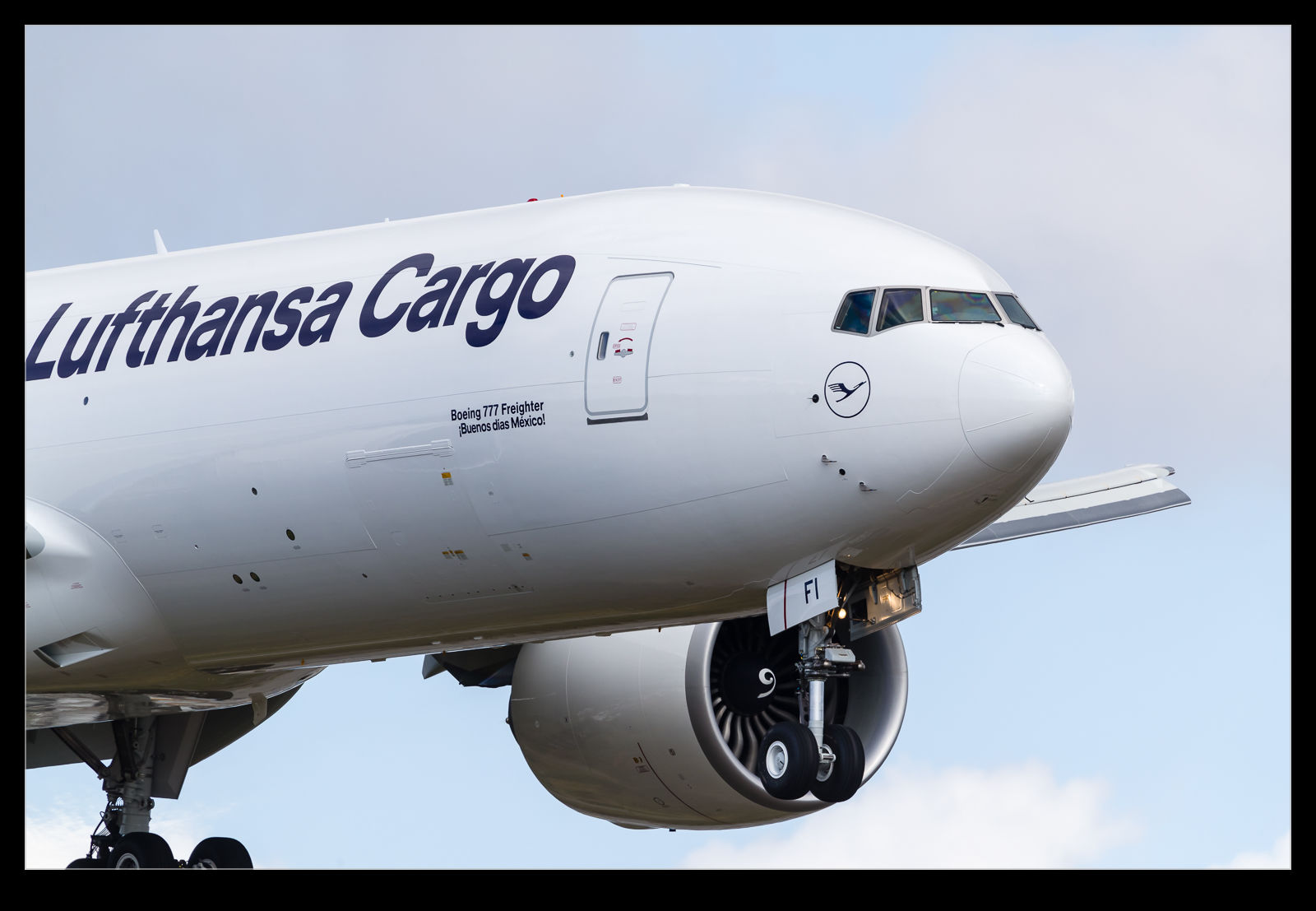 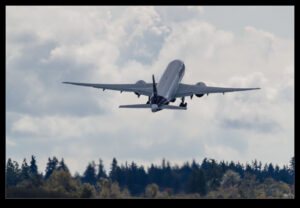 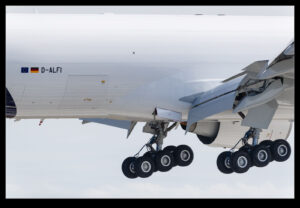 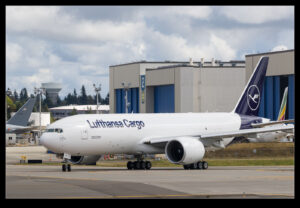 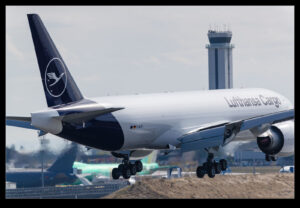 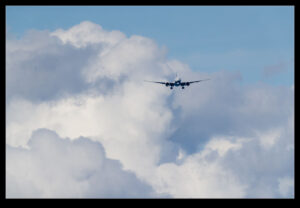 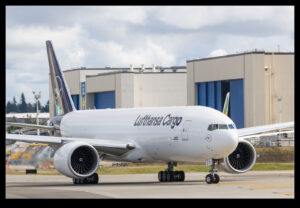