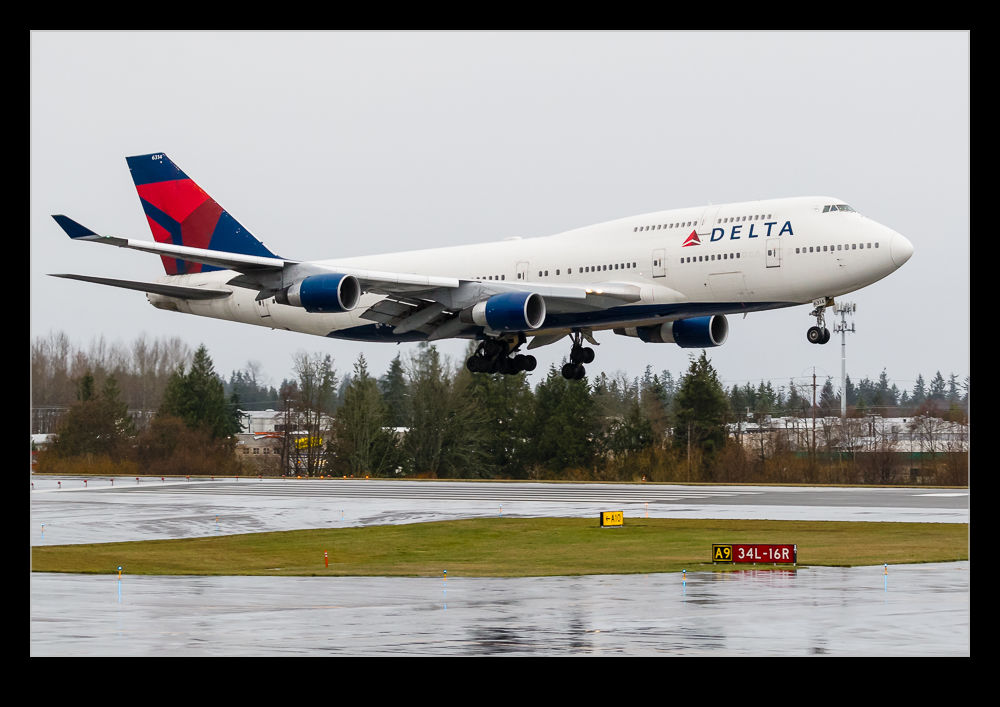 The disappearance of the 747 from the world’s airline fleets continues apace.  The most recent company to bid the Queen of the Skies farewell is Delta.  Delta did operate 747s in the early days but its current fleet was acquired as a result of the takeover of Northwest.  Northwest has operated plenty of 747s over the years and was the launch operator of the 747-400.  They continued to operate older generation freighters for a number of years too. 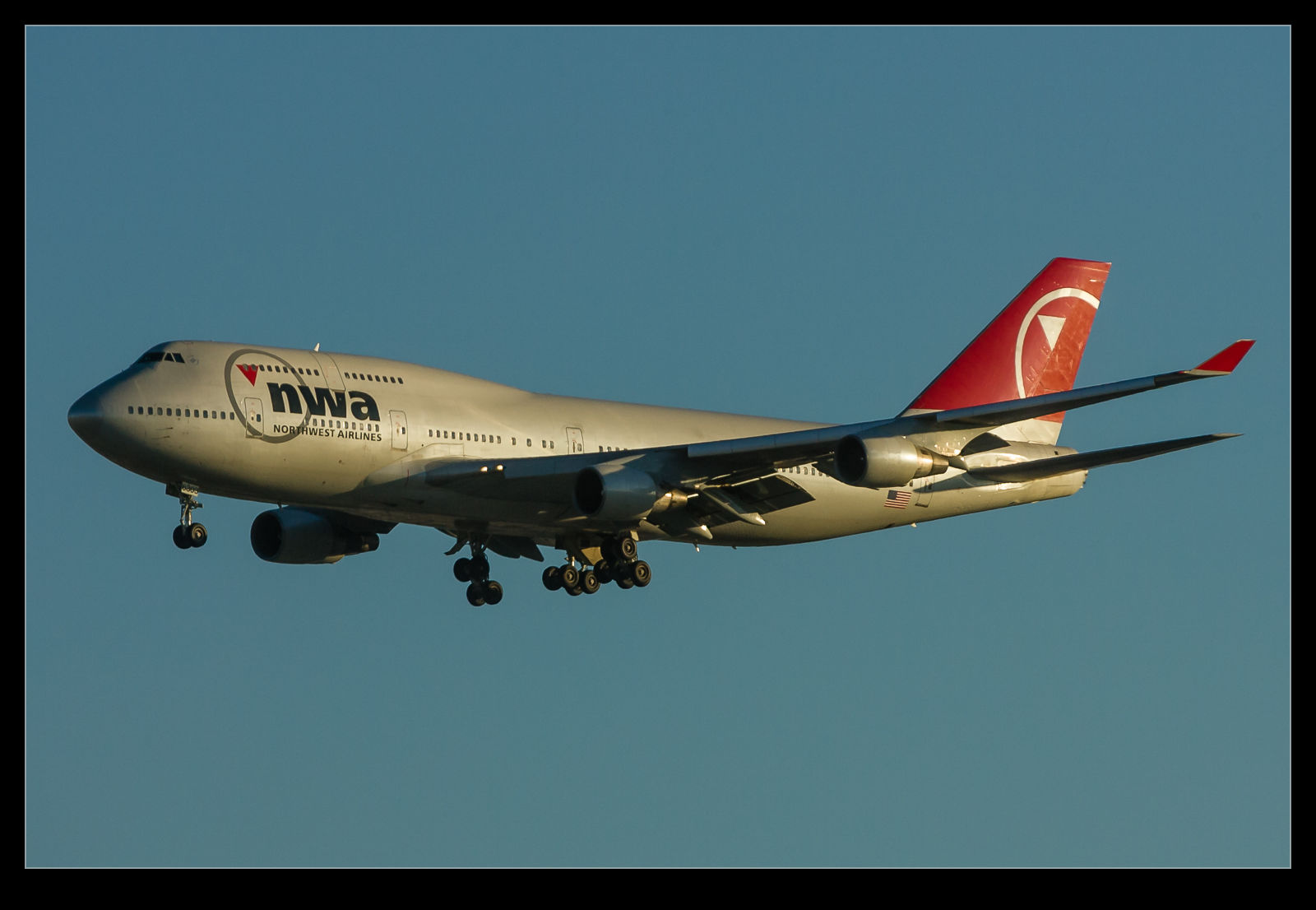 Delta carried out a farewell tour for the type and it included a visit to Seattle.  Prior to going to SeaTac, the plane stopped off at Everett, the place where it, and every 747 before or since, was built.  It was a dismal day with low cloud and rain.  The plane emerged from the clag on final approach and zipped low over the threshold to touch down before reversing thrust in a cloud of spray.  It parked up at the Boeing facility next to the Future of Flight Museum where it stayed for a few hours before heading to SeaTac. 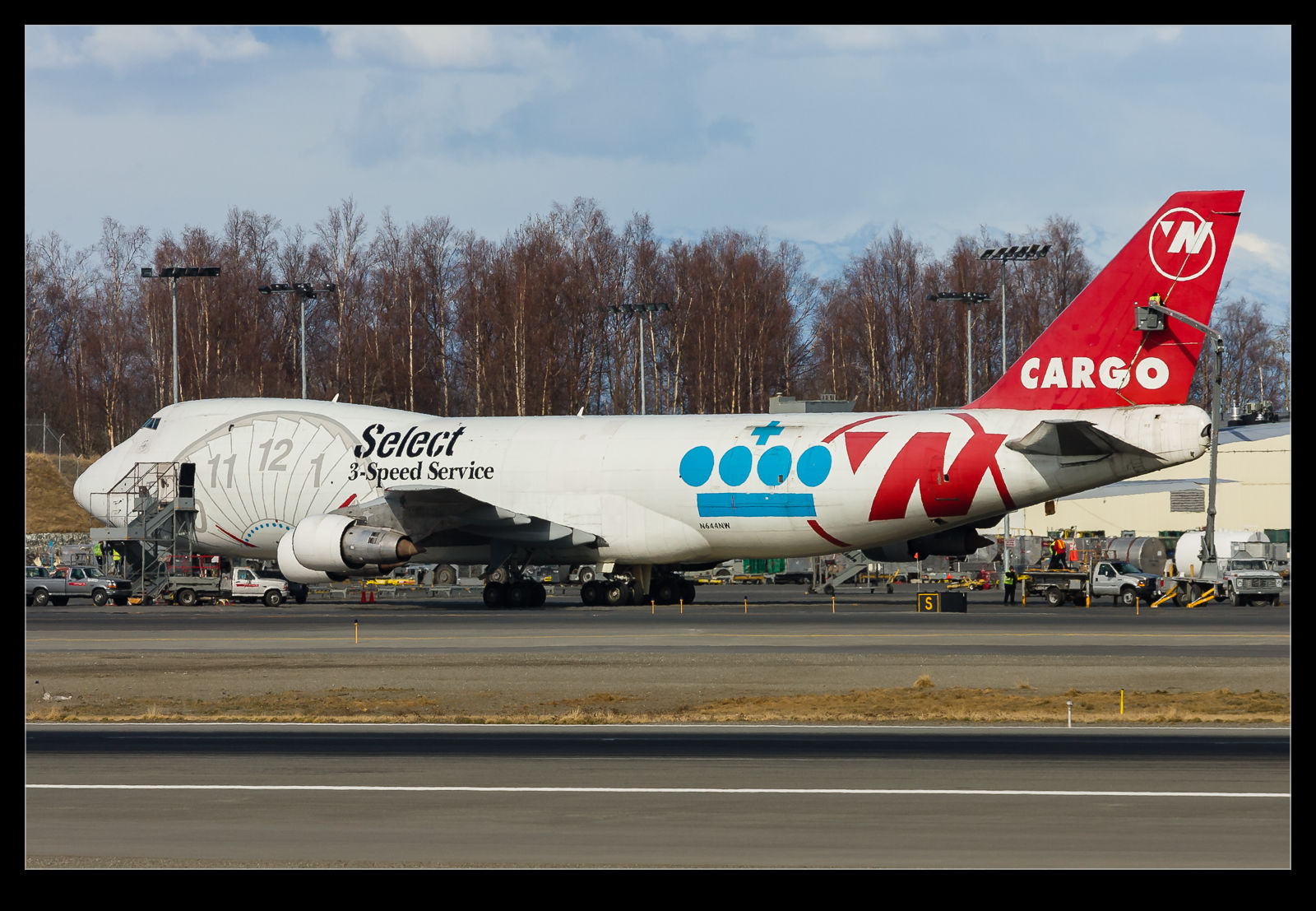 Here are a few shots of the Northwest/Delta aircraft I have photographed along with the farewell tour jet as it landed at Everett. 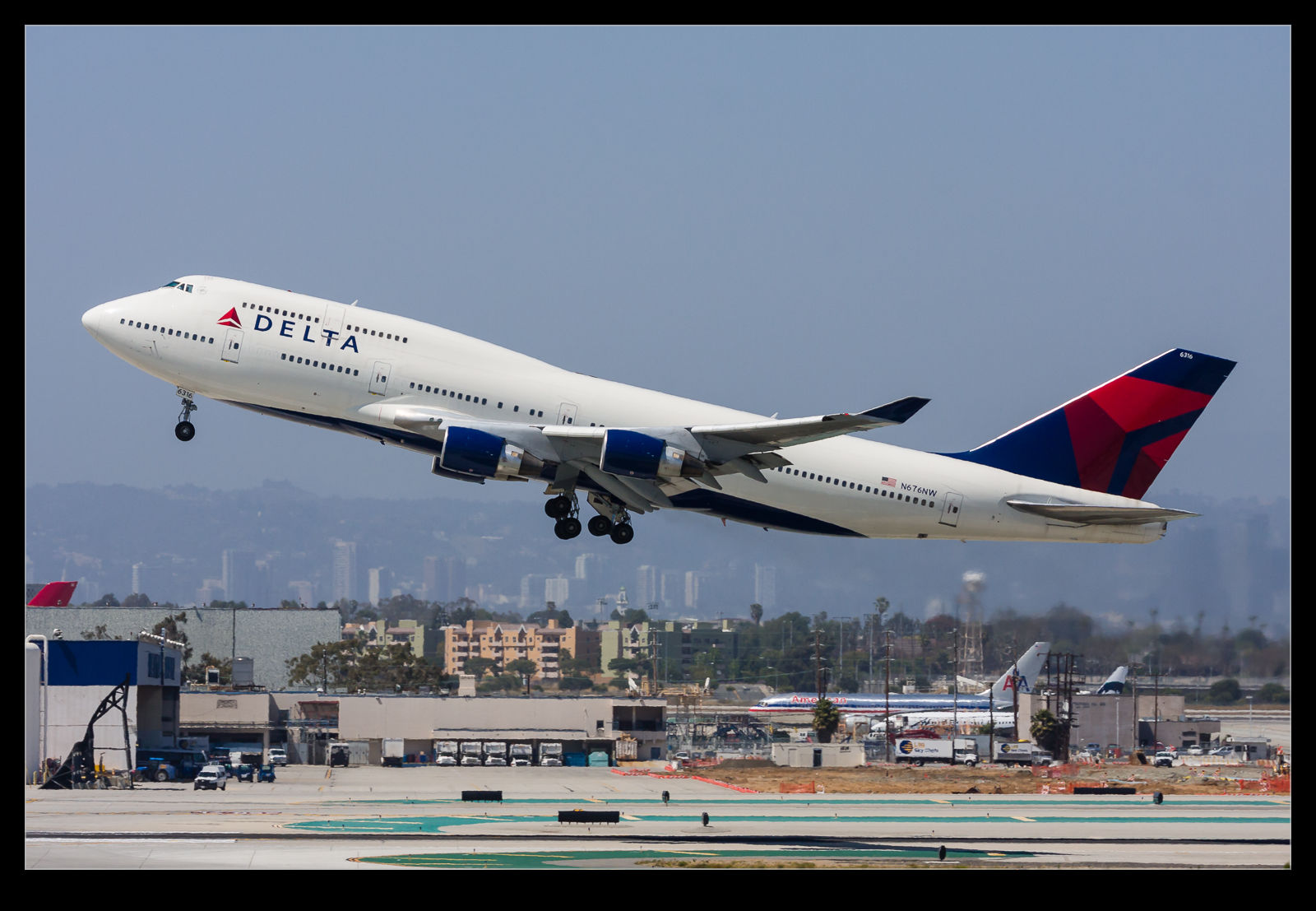 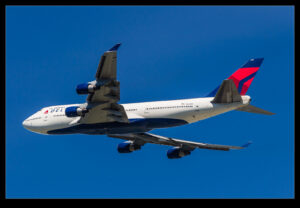 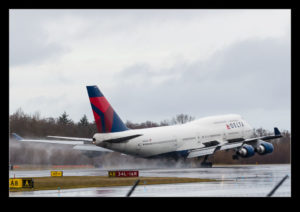