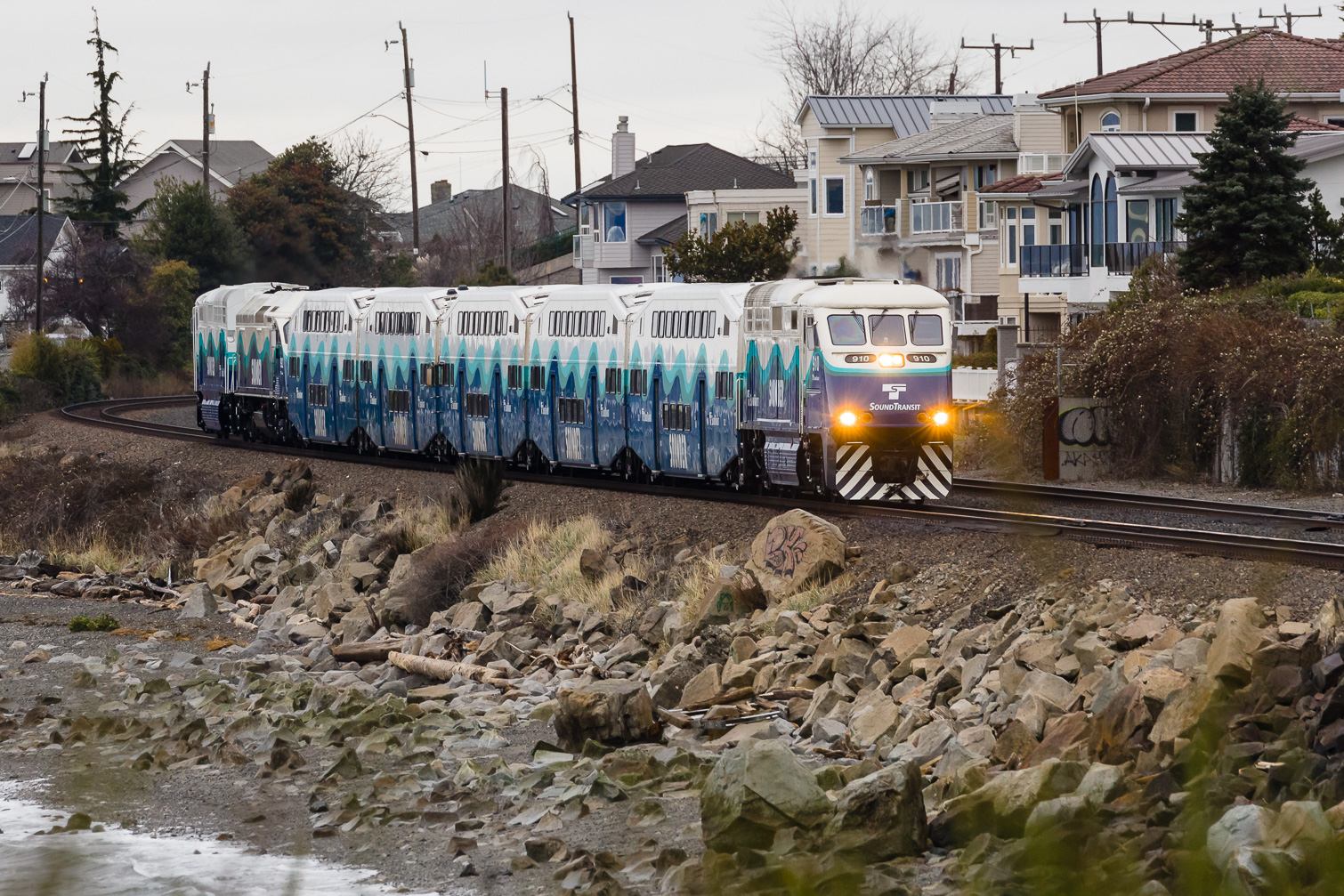 The Sounder commuter rail service takes passengers from both north and south of Seattle in to the city.  The service from the south end is a very popular one and is expanding.  The northern service from Everett has not been as popular and is not growing in the same way.  However, on both routes, special trains are run on days with big sporting events such as the Seahawks playing at home.  There is normally no service on the weekends so this is an unusual sight. 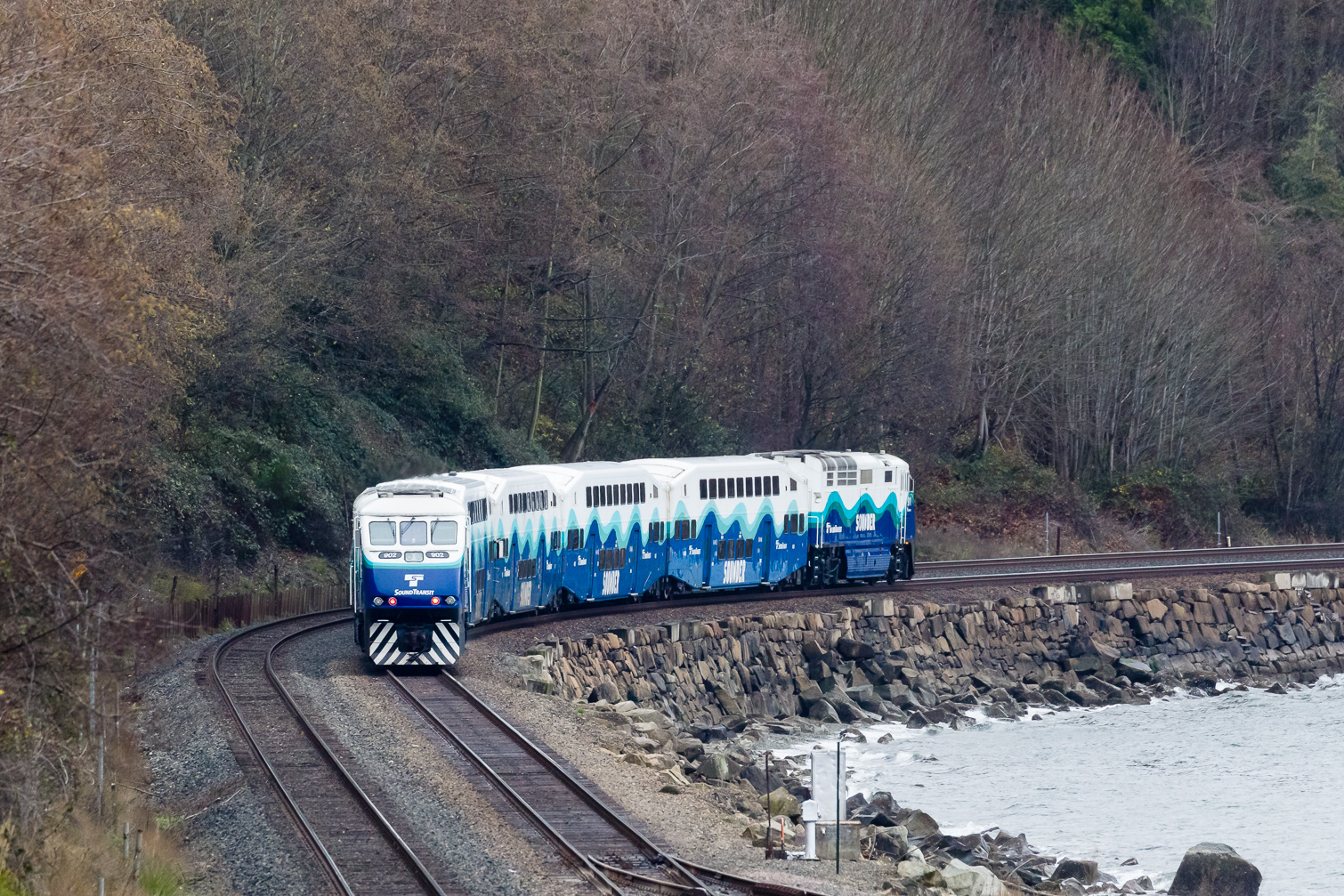 I was after some Sounder shots for possible use in a future project so headed down to Shoreline where the trains run alongside the beach.  The beach is accessed by a footbridge over the tracks.  It has some good sightlines for shots but also fencing that is not so helpful.  I tried out a location further down and close to the tracks and it was not a bad spot.  Since two trains were heading to the game about 15 minutes apart, I did go back to the bridge to see how that looked too. 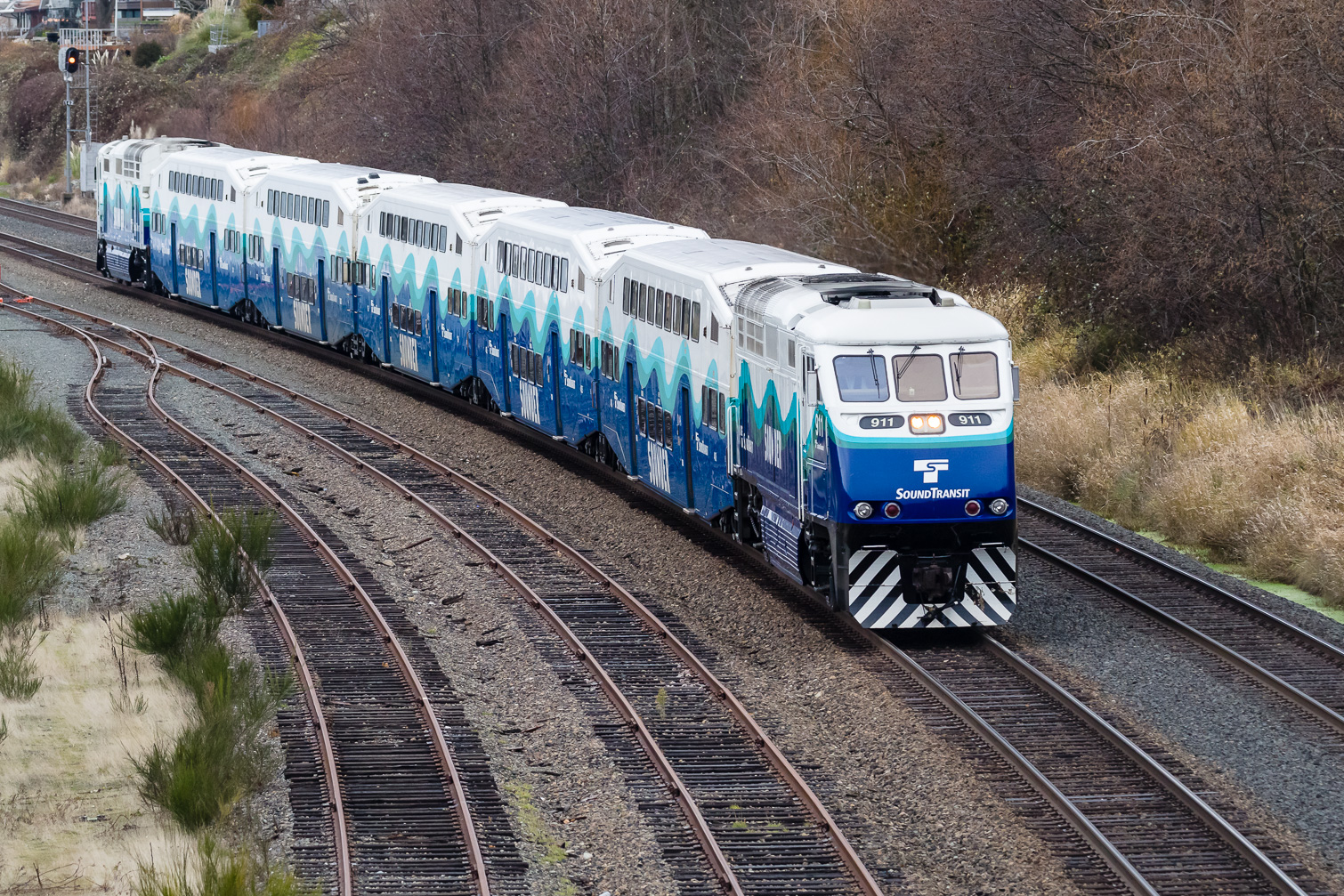 As the train was past me, I could continue to watch it as it ran along the shore a good portion of the way to the city.  It did go around a headland but again popped into view as it got closer to the downtown area.

1 thought on “Sounder Takes the Fans to the Seahawks”