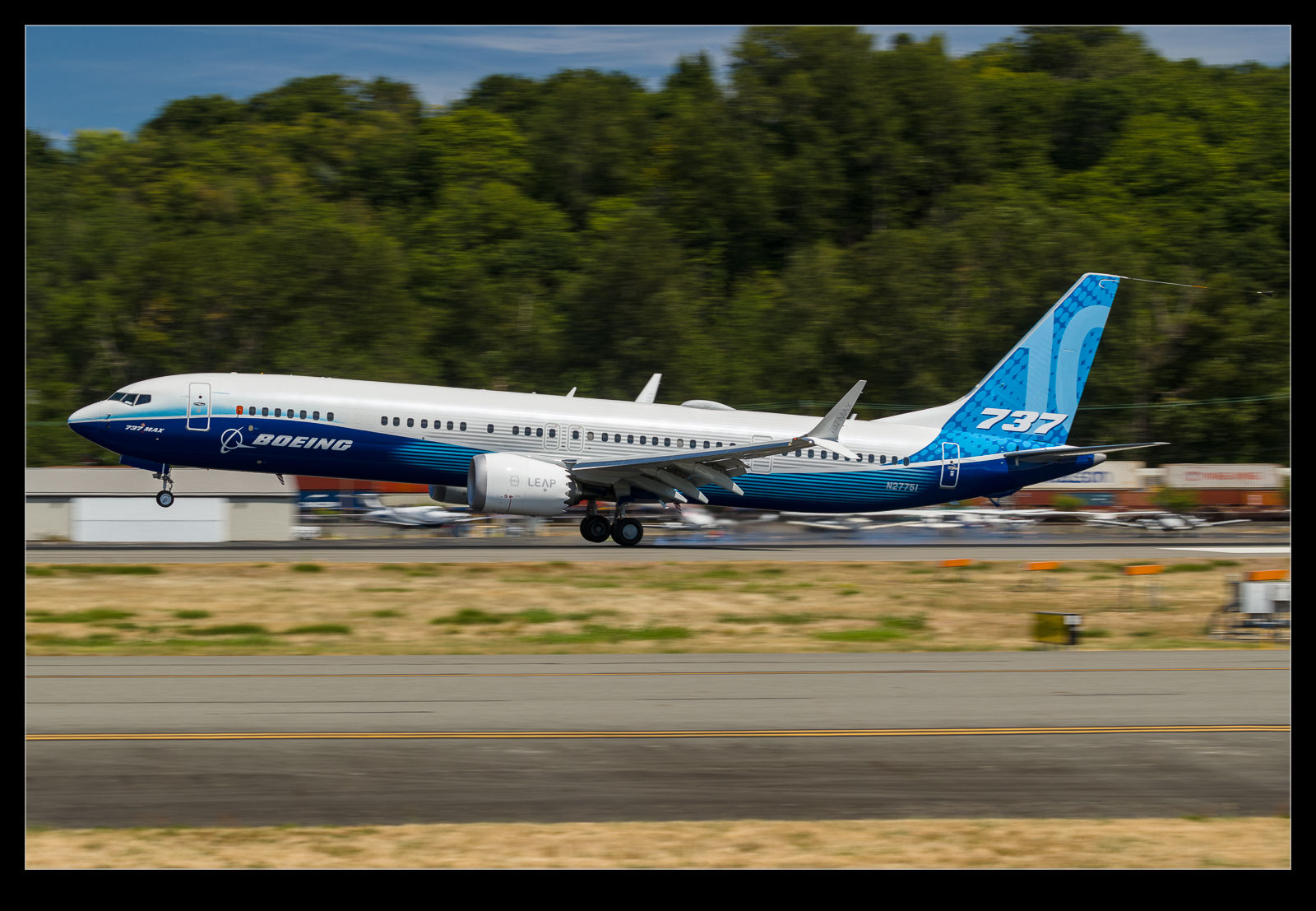 I missed out on the first flight of the first Max 10 version of the Boeing 737 family.  I got to Boeing Field as it was landing on its initial flight which I watched from the freeway as I got close to the airfield.  However, a flight test airframe is going to get a lot of use so I knew I would have more opportunities.  The Max 10 rolled out a long time ago so the start of flight test was heavily delayed, presumably as a result of the overall Max grounding and the more intense scrutiny being given to Boeing as a result. 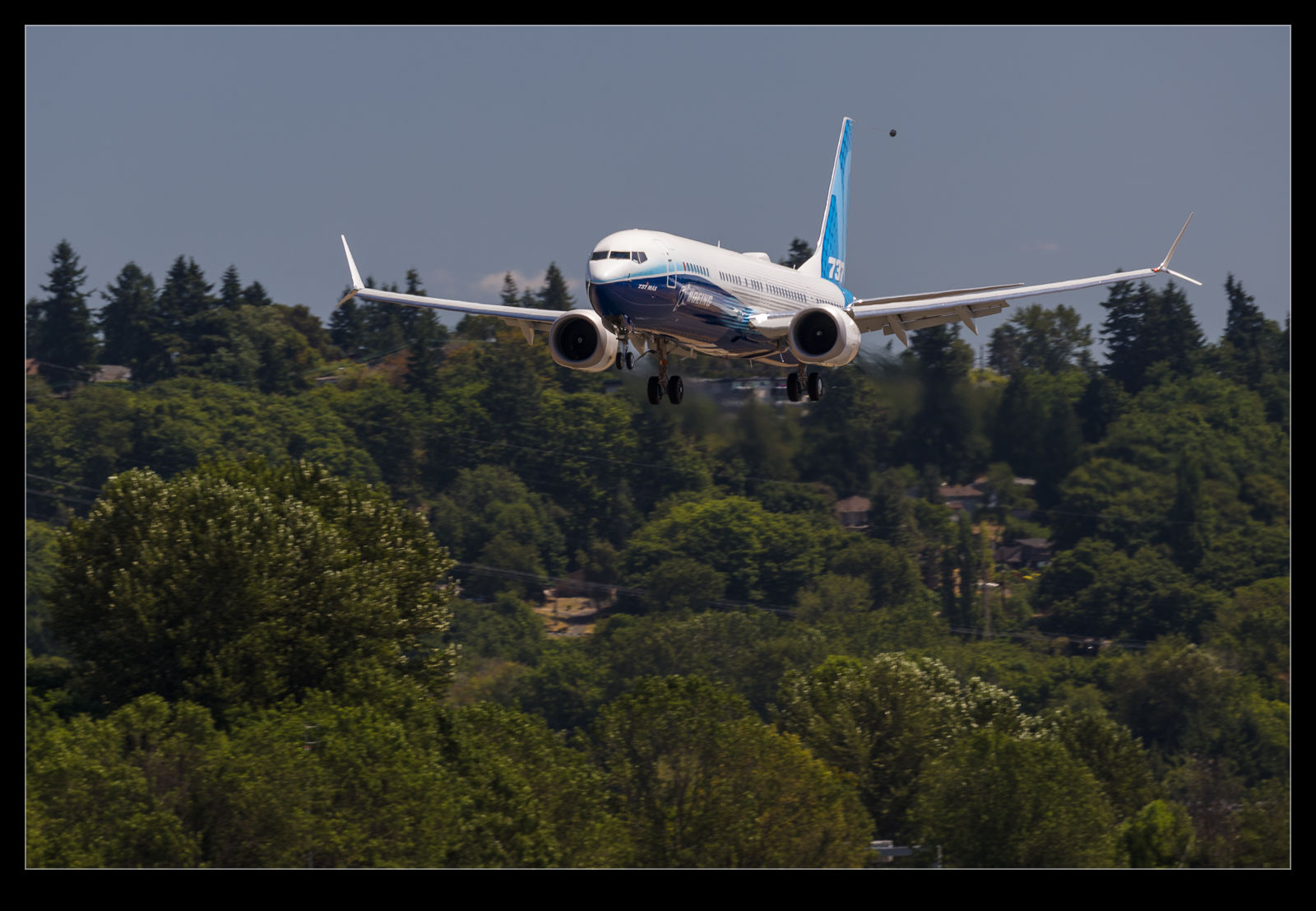 I have now seen it flying a few times.  It is still flying around with a trailing static cone so they either haven’t completed calibration of the air data system or just haven’t got around to removing the cone yet.  It is in Boeing house colors with the large 10 on the fin being the main giveaway.  It is longer than the Max 9 but not noticeably so.  I’ll need to put them side by side to see where to identify the differences.