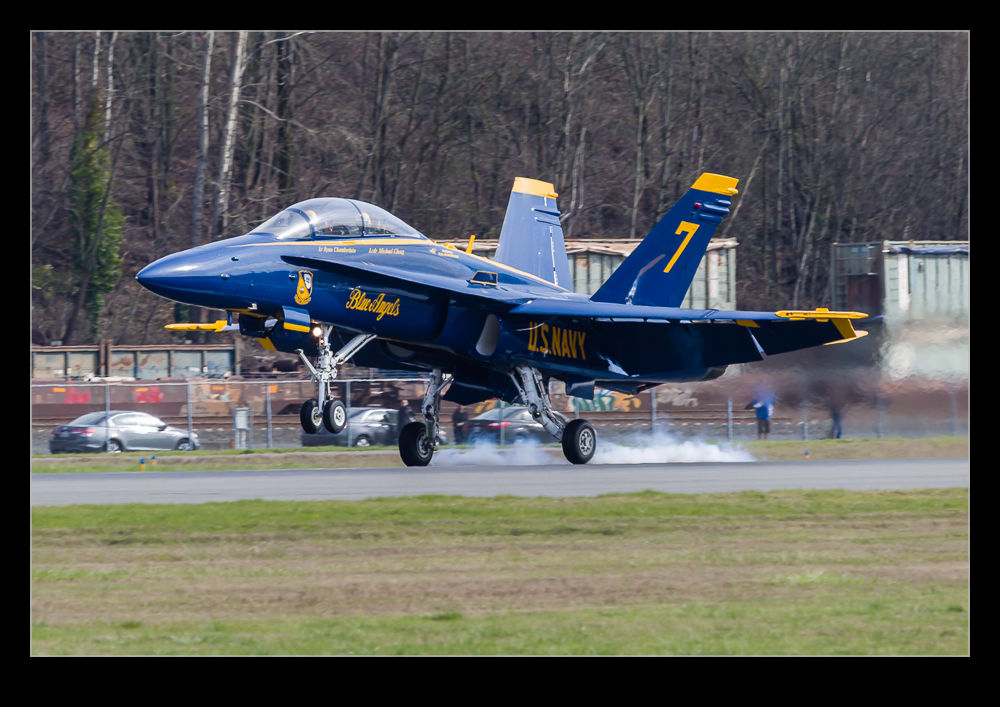 A surprise visitor at Boeing Field timed his arrival perfectly.  I had just pulled up at the field when I saw something running in on the approach at speed and not descending.  This had the look of a military break.  I didn’t have the camera out but, fortunately, given that it looked like they would break downwind to land, I had some time to grab the camera.  Sure enough, it was an F/A-18 that broke overhead.  More interestingly, it was a two seater from the Blue Angels. 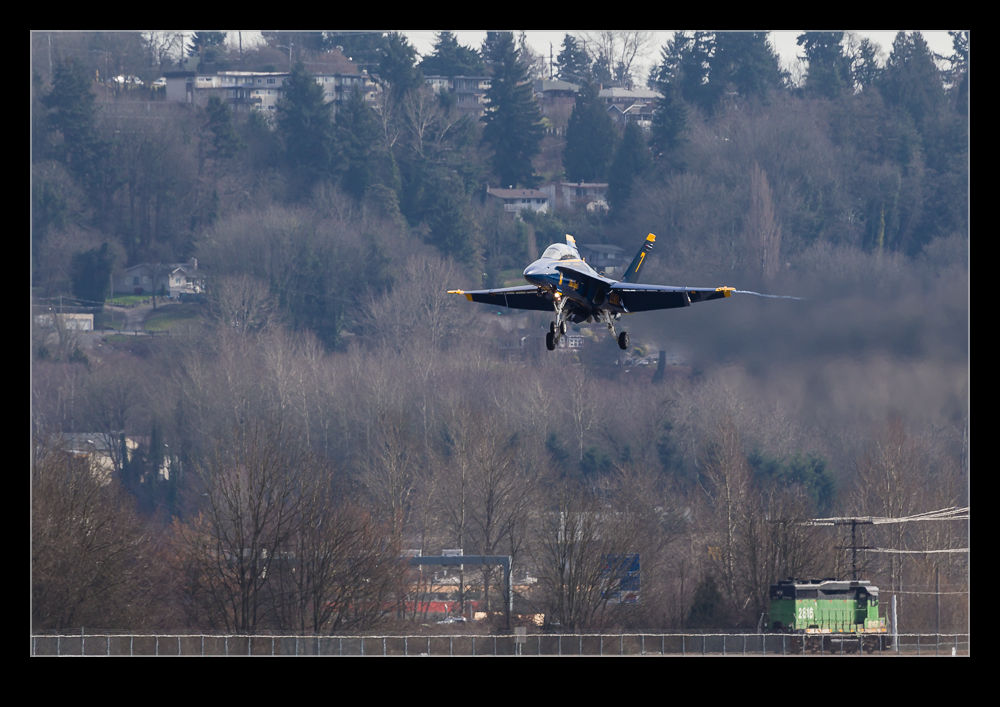 I was ready by the time it was on the approach and managed to get a few shots as they landed.  They then taxied over to Clay Lacy’s FBO and parked up.  Not sure what they were in for but it could involve the planning for Seafair later in the year.  Whatever the reason, a nice surprise.