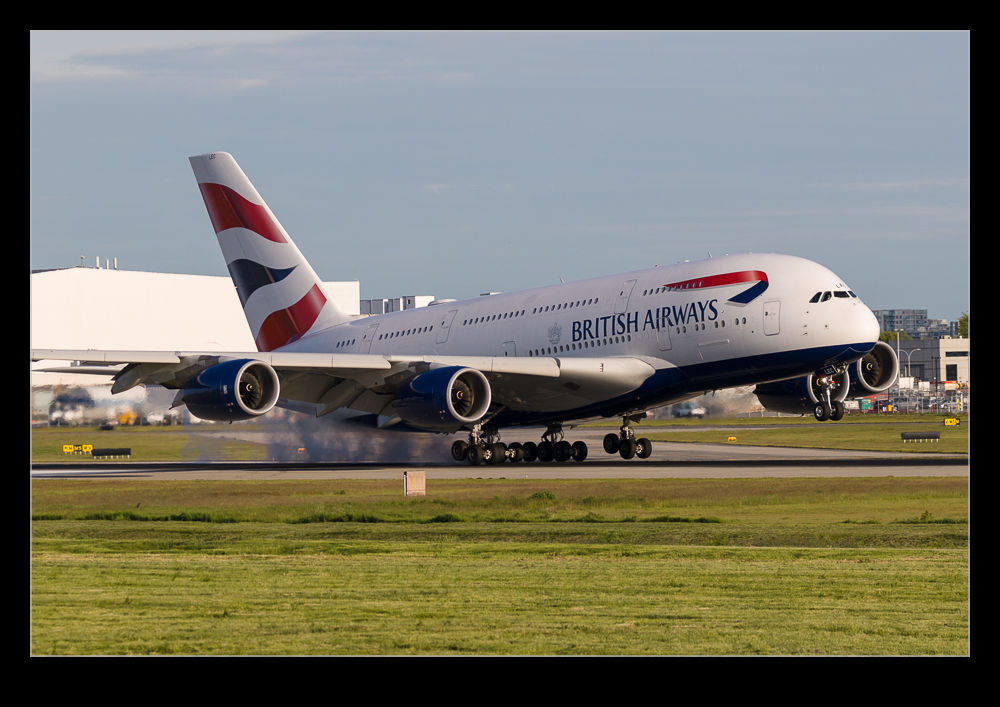 The day I was at YVR, the BA A380 was a bit late against schedule.  Since the light improves significantly later in the evening – nice soft light, warmth and more to the north side – this was considered a win rather than something to complain about.  If all of the heavy arrivals could have been a bit delayed and shown up in the best light, that would have been perfect!  There wasn’t any significant heat haze which made shots further up the approach surprisingly sharp which was nice.  Then touchdown in front of you with all of those tires smoking in sequence rounds things out well. 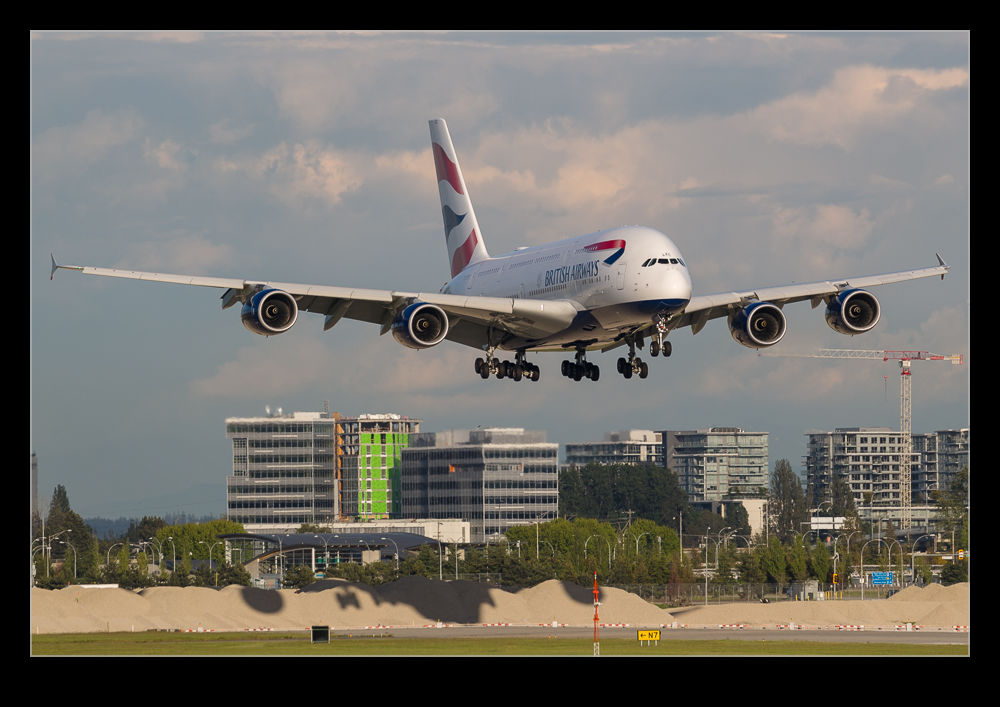