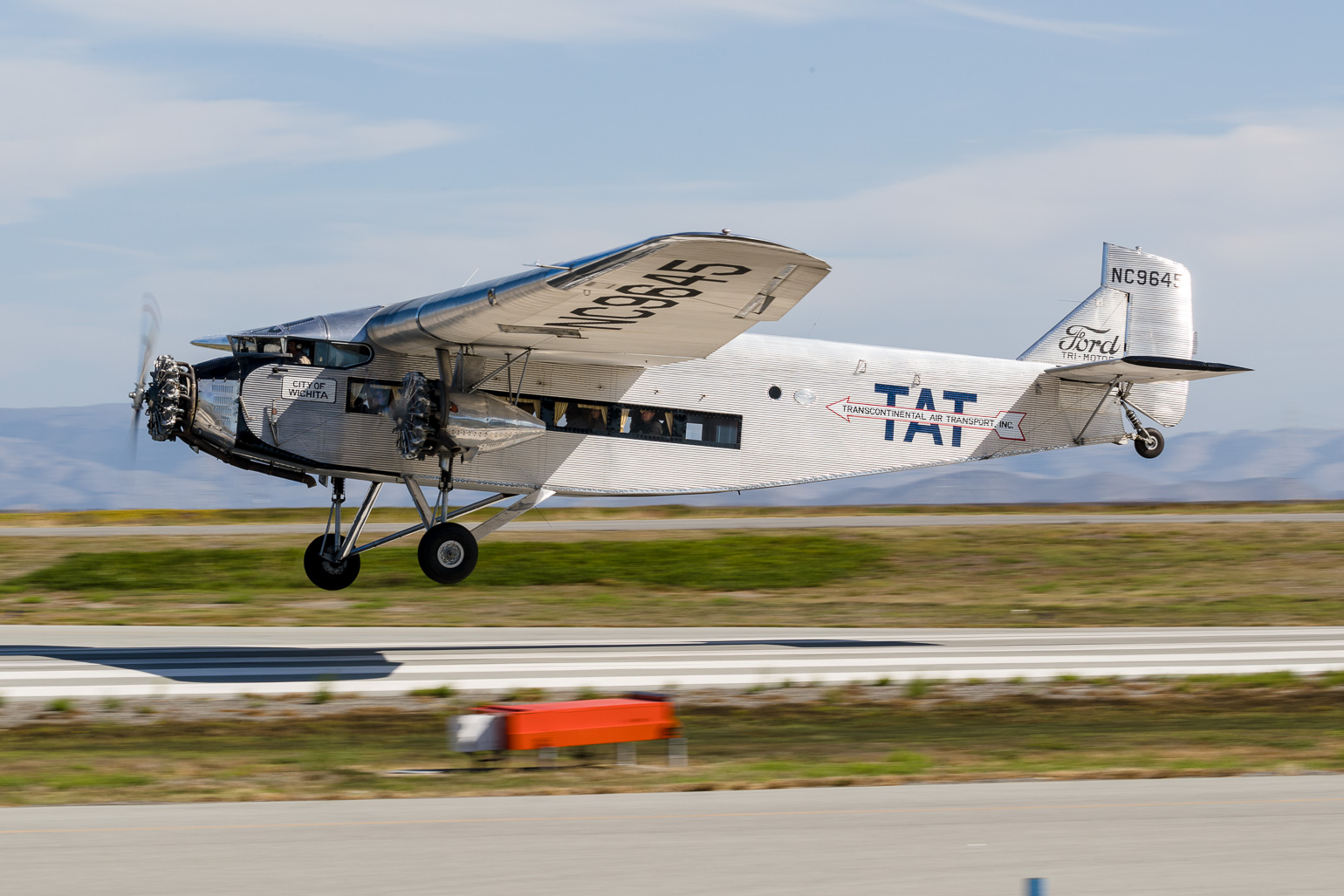 EAA undertake nationwide tours where they take a Ford Trimotor to local airfields and give people the chance to experience a ride in a plane from another era.  One of their regular stops is San Carlos CA.  When I saw them operating there on a previous occasion (and posted about it here), they brought an airframe that I had seen a number of times before at Oshkosh and around Illinois.  This time they brought a different airframe which is slightly larger and accommodates one extra passenger. 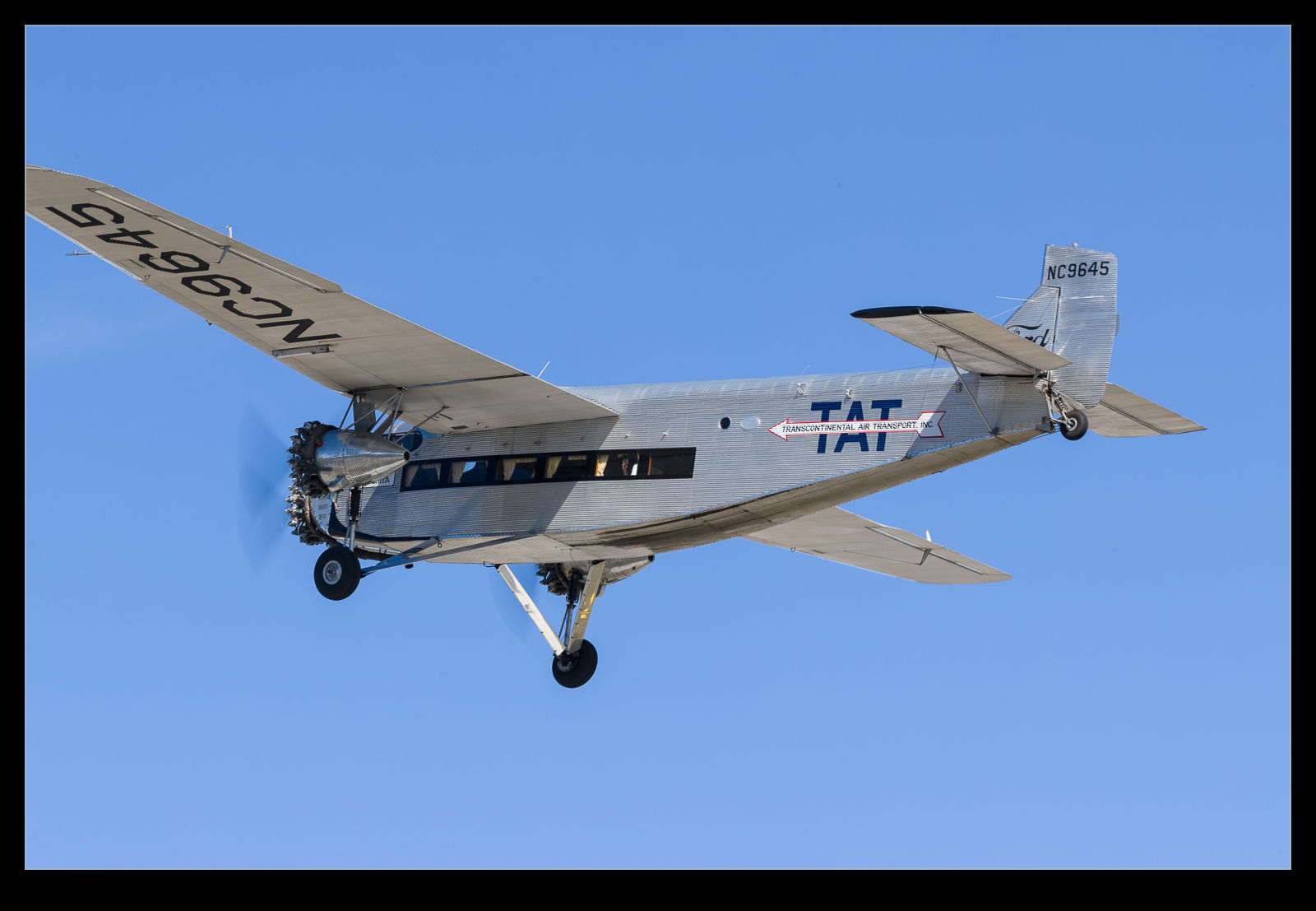 It would have been rude not to pop along at least once to see it in action.  It did appear to be slightly larger to my eye but that was not a scientific assessment.  The different paint finish was the real giveaway that they had brought something different.  The conditions were nice to get some shots.  I was planning on catching it again when it came to another local field but the weather ended up being pretty awful so this was my only encounter. 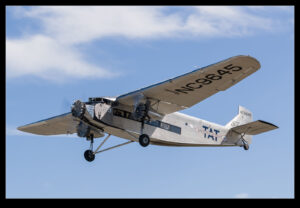 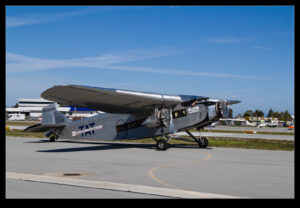