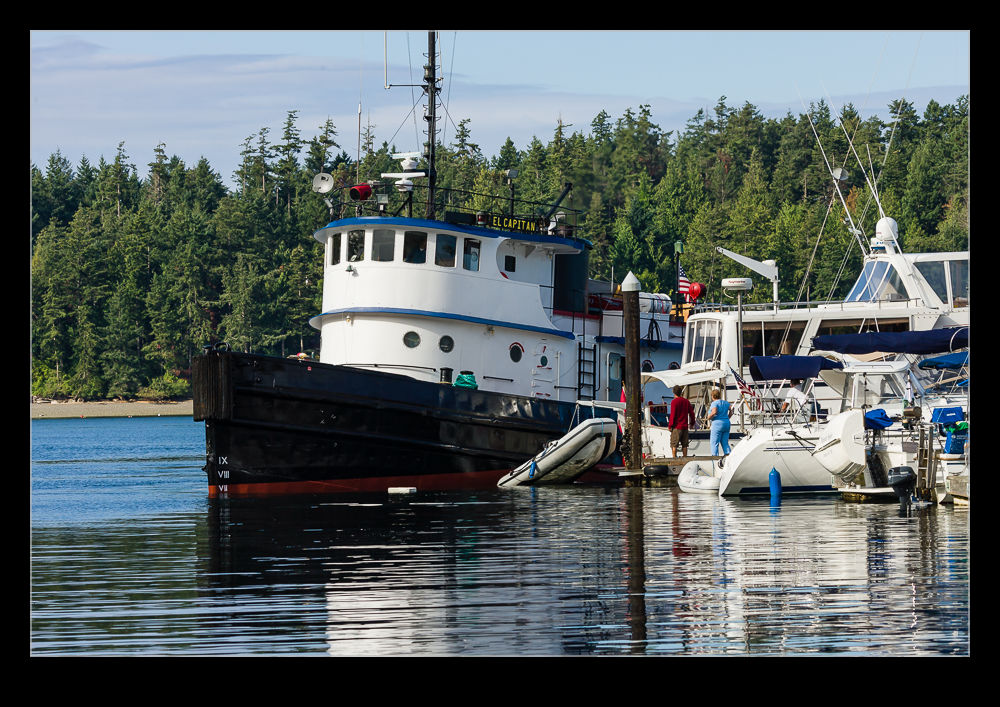 This is a bit of an old event but I thought it was worth a post.  A number of years ago we took a vacation to South Pender Island in British Columbia.  We stayed in a hotel by a little harbor called Poet’s Cove and I spent a lot of time watching the comings and goings of the boats and the floatplanes.  One afternoon, an old tug boat approached the harbor.  It was a rugged looking old beast of a boat but it looked like it had been restored for use as a private boat.  It came chugging in towards the harbor, apparently ready to moor up. 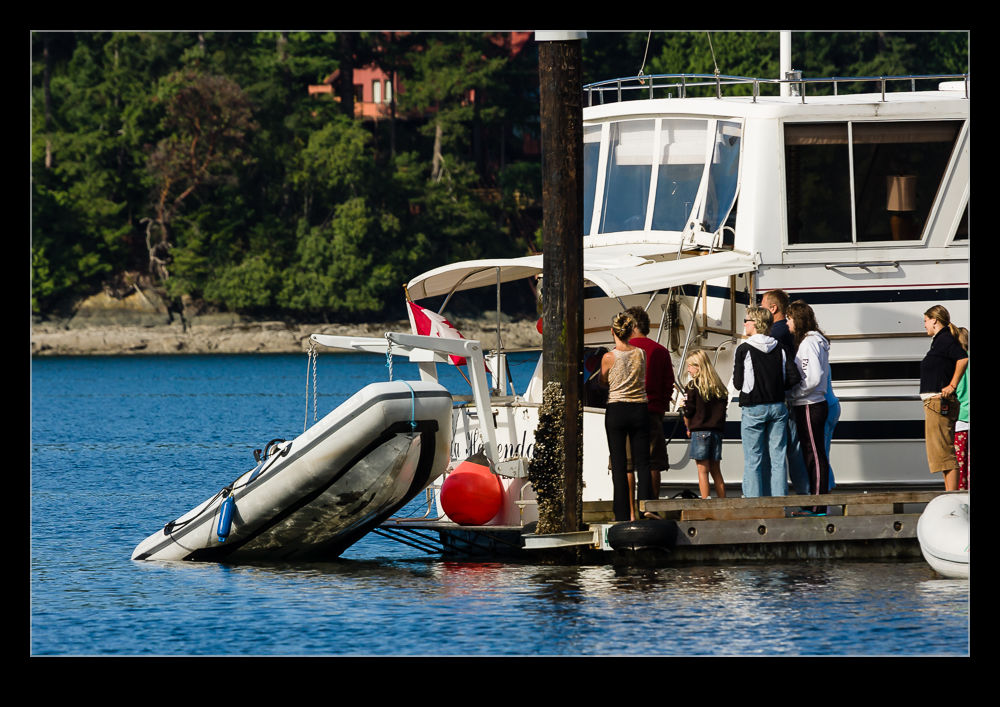 What happened next is not entirely clear to me.  Whether the person in charge didn’t really know what they were doing or whether there was a technical failure of some sort I do not know.  Whatever it was, the tug came in at a decent speed and didn’t show any signs of slowing down.  It was heading for a rather nice little cruiser that was on the end of one of the jetties and, sure enough, they plowed right into it. 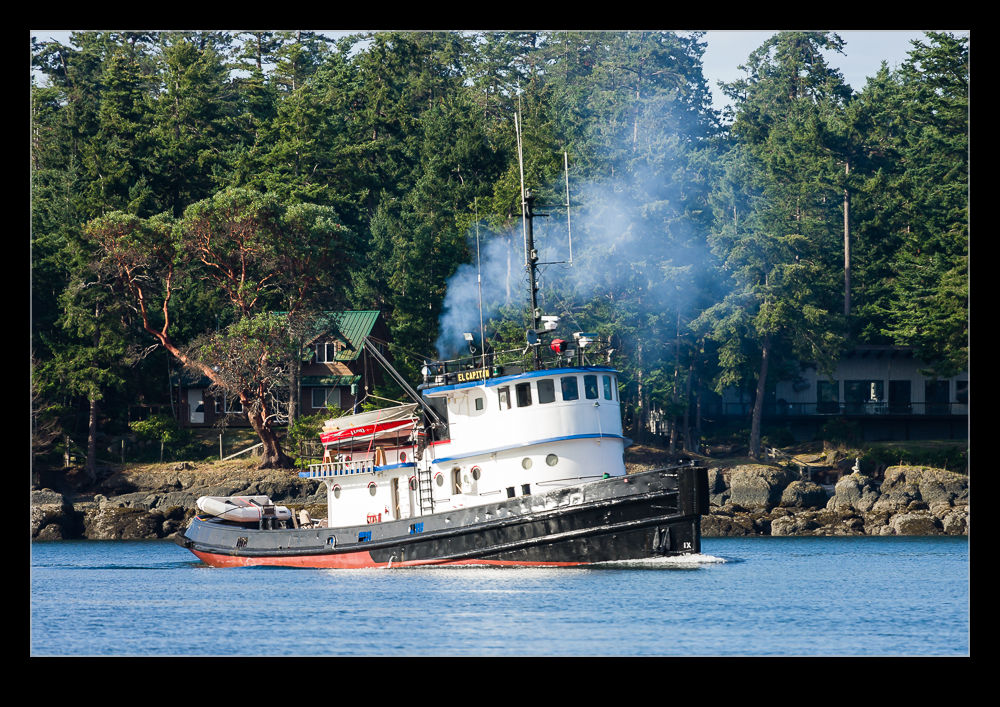 The whole thing seemed to be in slow motion because, since they are boats, things don’t happen very fast but they don’t stop fast either.  The cruiser had a RIB mounted on the stern – at least it originally did – and this seemed to take a lot of the visible punishment.  However, judging by the sounds that were made on impact, I am imagining that some of the cruiser on the opposite side from me sustained damage I never saw. 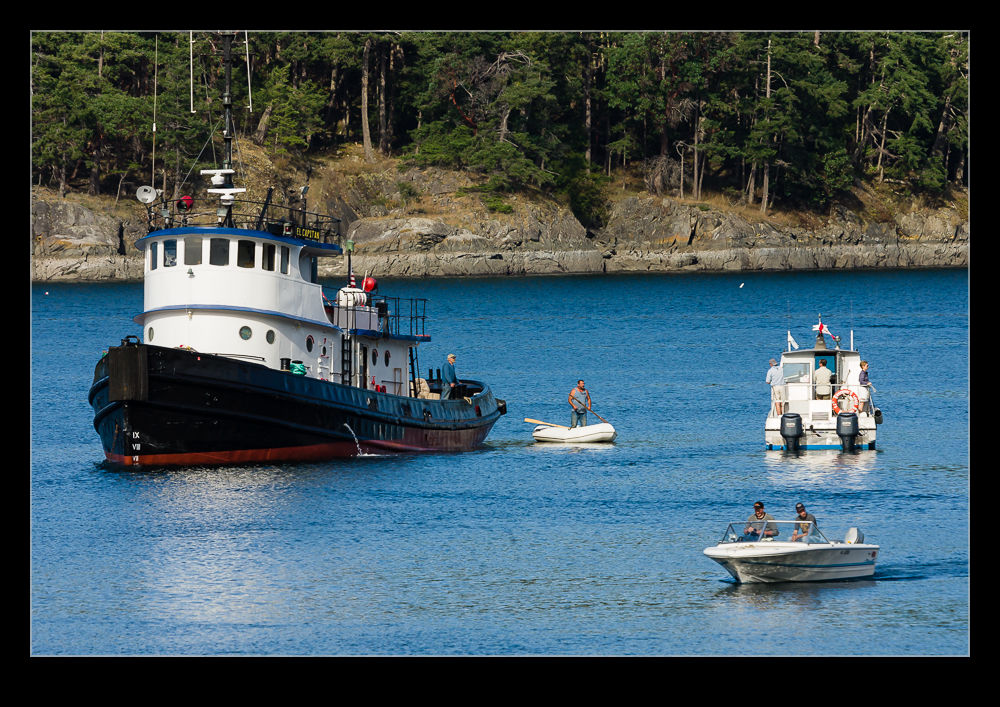 Eventually, the tug crew got things slightly under control and backed out of the harbor and dropped anchor a short way offshore.  The people on the jetty seemed to be in shock (can’t say I blame them) and then a deputation motors out to the tug to “discuss” what had happened.  I watched things for a while but, once everything seemed to be under control, I retreated to the hotel to tell Nancy all about it over a beer! 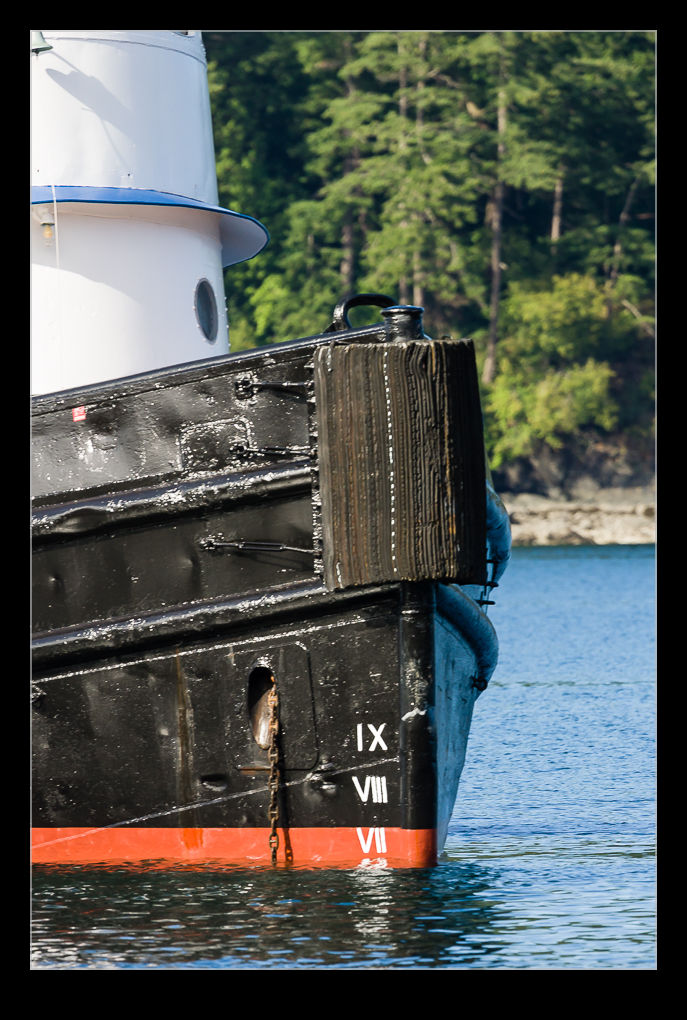