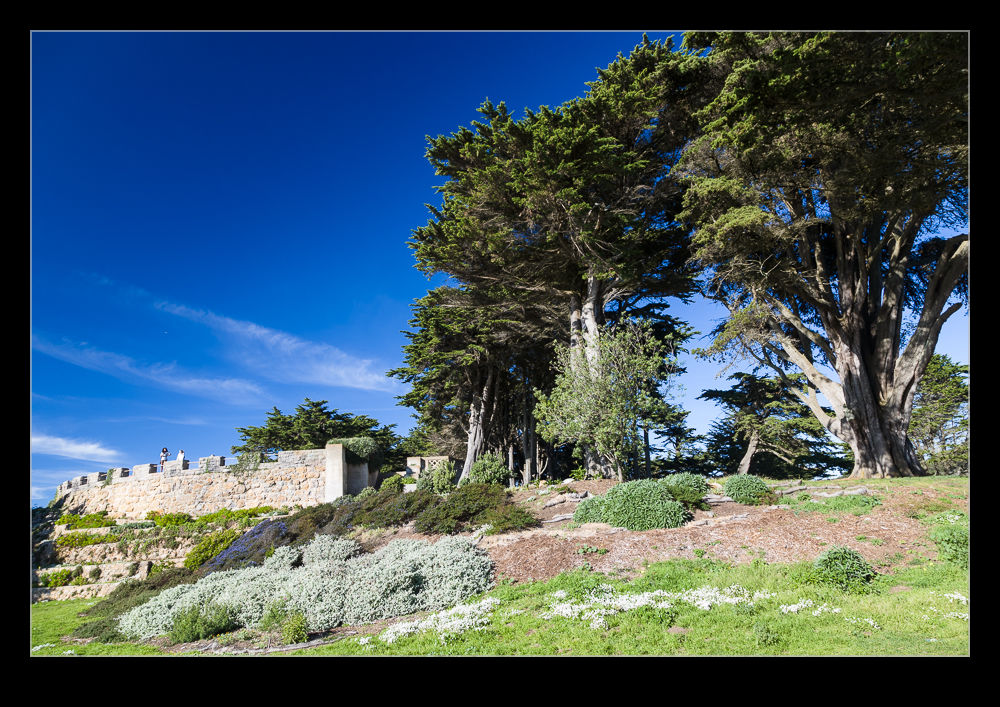 A weekend day had us over in San Francisco having a mooch around some places we haven’t visited before.  I had been reading something online about Sutro Heights and wanted to check the place out.  This is an overlook up on the cliffs that had been the home of a guy called (unsurprisingly) Sutro.  He had built a large house on this land and added gardens around it that included statues and artworks that were available for people to visit. 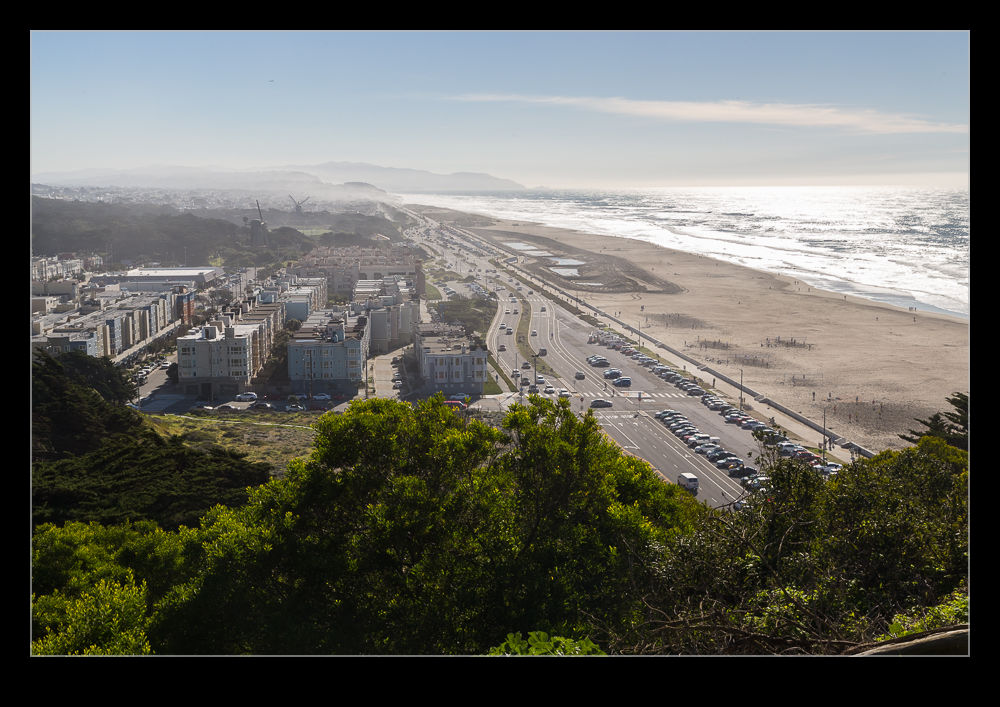 The house is long demolished but the gardens have become a city park.  We stopped off to look around, enjoy the view and use the place as somewhere to have our lunch.  The view down to the beach below, while rather hazy when we were there, was still rather nice.  You could see plenty of people having fun down on the sands.  The gardens themselves were rather relaxing.  You could climb up onto the area where the house had once stood and try to imagine what it had been like.  A few signs included images of how things had been laid out.  Given how close we were to the Cliff House, the baths and the trails, it was a little surprising how few people were there.  However, it isn’t heavily signed so maybe it is easily missed.  If I hadn’t read about it, we would probably never have known either. 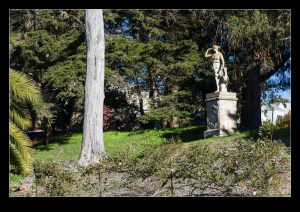 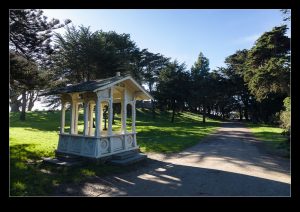 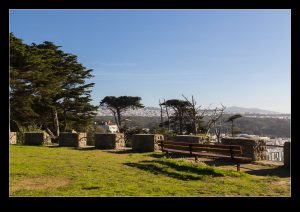